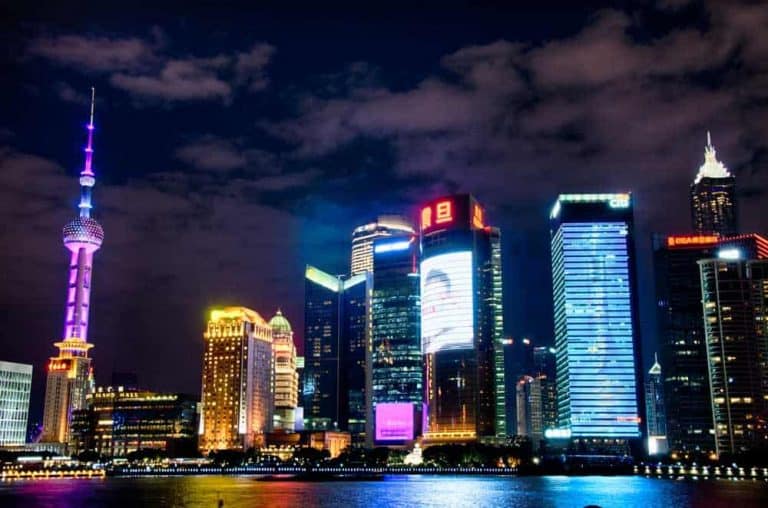 Shanghai has an ever-expanding skyline and sprawling urban development with endless things to see and do. It’s also home to over 24 million people. Sometimes you need a break from the crowded streets. Luckily, the best day trips in Shanghai are just a few hours away from the big city.

Shanghai has the enviable position of being at the mouth of the Yangtze River. This means it’s located perfectly as a base for branching out along the Chinese coast and various inland waterways.

After a short ride on a train or bus, you can spend the day visiting coastal villages, sweeping landscapes, lakes, forests, and a wide variety of cultural and historical sites.

Don’t know where to begin? Start your Shanghai travel plans with this guide to the best Shanghai day trips…

Considered the Venice of the East, Suzhou is one of the most popular day trips from Shanghai. The city contains a large network of waterways and canals. It’s a city full of old architecture and lots of greenery.

On your first 24 hours in Suzhou, you’ll pass impressive bonsai trees and delicate cherry blossoms as you browse outdoor markets and walk across old bridges. While the city has lots of history, it also has modern attractions including upscale shopping and dining. 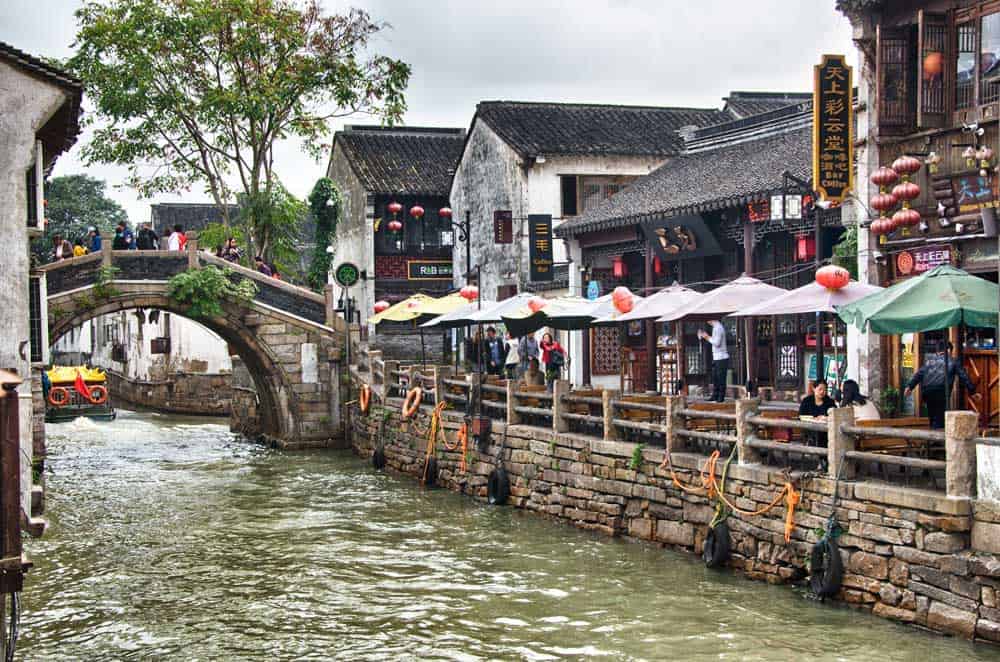 When you first arrive, visit the Humber Administrator Garden, one of the top things to do in Suzhou. The 52,000 square metre garden is the highlight of the city. It contains multiple sections with their own distinct scenery. You can walk through bamboo forests and across elegant courtyards.

After a trip to the garden, take a ride down the main canal. You’ll get to see the architecture of the unique city before reaching Pingjiang Road.

Pingjiang Road is your gateway to the historic parts of the city. Explore the narrow alleys as you work your way to Guan Qian Shopping Street.

Depending on how much time you have left, you could also visit the museum or check out some of the other gardens.

How to get to Suzhou

Suzhou isn’t far from Shanghai. If you get on the train from the Shanghai Railway Station, you can reach Suzhou in a little over 20 minutes. Over 175 trains run the route each day so you shouldn’t need to wait long for a ride.

Hangzhou is the closest side trip to Shanghai. It’s just a 45-minute ride on the high-speed rail. It’s another major city with a population of more than nine million people. However, it’s much more laid-back compared to the bustling atmosphere of Shanghai.

A large portion of the city borders the massive West Lake. It’s the main attraction in Hangzhou with many of the other most-popular things to do in Hangzhou surrounding the lake. Start your first day in Hangzhou, with a walk down Hefang Street. It’s an old street lined with small shops, just south of the city centre.

Walk west on Hefang Street and you’ll eventually reach Liulang Wenying Park. It’s a scenic spot with large willow trees that provide canopies over the paved trails near the lake.

The park paths eventually lead you to Leifeng Pagoda. When you reach the top of the pagoda, you get a great view of the lake.

Use the rest of your available time to check out some of the other sites around the lake, such as Jingci Temple and Three Pools Mirroring the Moon.

How to get to Hangzhou

To reach Hangzhou, hop on the high-speed train at Shanghai Railway Station. The G-train reaches Hangzhou in just under 40 minutes. If you’re short on cash, the normal train is cheaper but takes about two to three hours.

When travellers don’t want to deal with the long lines at the Great Wall, they often travel to Linhai. The nearby city has its own stone wall along with other historically important attractions.

The wall is the first thing that you’ll see when you get off the train or bus at Linhai Train Station. One entrance is north of the lake and includes 200 steps while the second entrance is on Jiangbin West Road.

Spend the first part of your day hiking the wall. The entire trek is about three kilometres, offering views of the city and lake.

After a trip to the wall, visit East Lake of Linhai. It’s an artificial lake with a suspended walkway, a waterfall, and a few other interesting features.

Visit Ziyang Old Street in the afternoon. It’s the main shopping street in Linhai and lined with old shops.

Many of the buildings are hundreds of years old and recently restored, providing a glimpse of historic Linhai. It’s also the perfect spot to purchase some souvenirs and grab something to eat before hopping on the train and heading back to Shanghai.

How to get to Linhai

Linhai is a bit of a trek from Shanghai. Luckily, the trip only takes three hours on the bullet train from the Shanghai Railway Station. A bus ticket is a fraction of the price and takes about four to five hours.

Zhujiajiao is one of many water towns that dot the landscape along the Yangtze River. Side trips from Shanghai often include stops at one of these traditional towns but Zhujiajiao stands out for its well-preserved traditional architecture.

As you cruise down the river, you’ll pass clusters of waterfront homes and pass under ancient bridges. The town has over 1000 old homes built during the Ming and Qing dynasties.

Spend the day wandering around the town and checking out the old buildings. You’ll find quaint little shops and restaurants along the way.

While the canals are the main highlight of a trip to Zhujiajiao, you should also visit Kezhi Gardens. It’s near the main waterway and includes rock formations and caves to explore. You can even feed the fish at the pond and walk across tiny little bridges over narrow streams.

If you have time, visit the Qing Dynasty Post Office. Built in 1892, it’s the first of its kind in eastern China. The restored building includes many relics from the past, acting as a museum for the early postal service in China.

How to get to Zhujiajiao

The high-speed rail doesn’t travel to town. Instead, you’ll need to jump on a bus at Shanghai Stadium or catch the Hu Zhu Line located at Chongqing and Dagu roads. The Shanghai Metro Line 17 also has a route to Zhujiaojiao Station but you’ll need to walk about 20 minutes from the station.

Nanjing holds the honour of being a former capital city for many different dynasties. Explore ancient temples, a former presidential palace, and various culturally significant destinations. 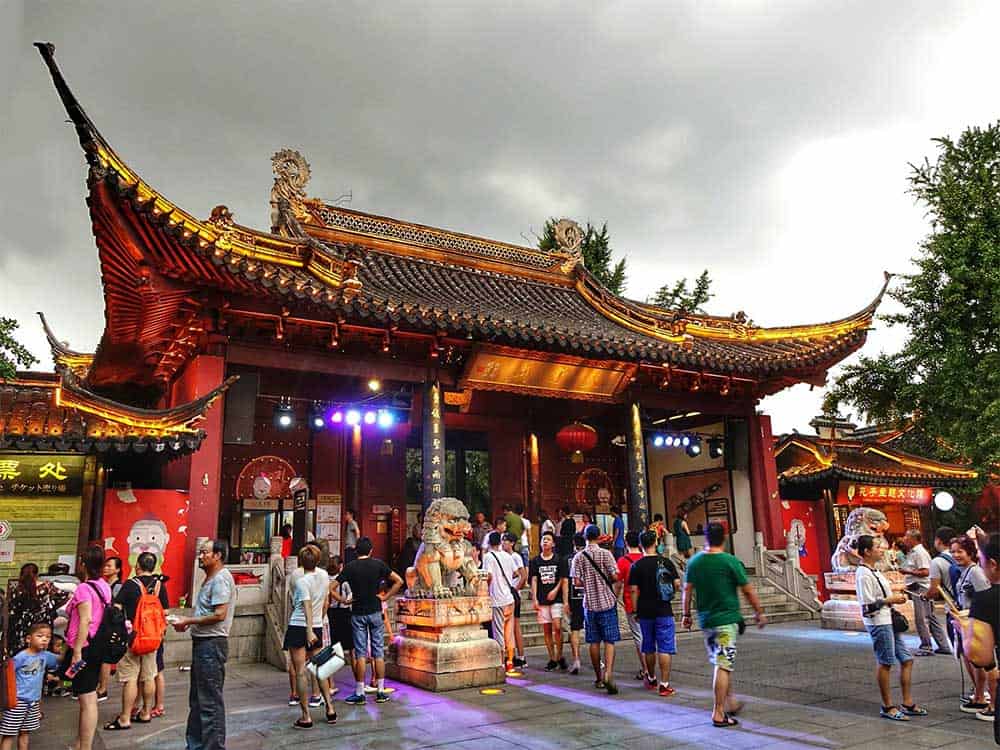 When you reach the city, travel to Xuanwu Lake. A nearby park provides paths with views of the lake and surrounding landscape.

As you walk around the lake, you’ll eventually reach the well-preserved Ming City Wall. You can walk on top of a portion of the wall and get a view of the city’s skyline.

Before the day is over, visit the Presidential Palace. The old government building isn’t very impressive but the courtyard has two gardens with breathtaking scenery.

Spend the afternoon exploring Xinjiekou in the middle of the modern downtown area. The skyscrapers and bright lights resemble a miniature Times Square. You’ll find a wide variety of malls, upscale shops, restaurants, and bars.

If you run out of time to catch the train back to Shanghai, the Xinjiekou area also has some of the best hotels in Nanjing.

How to get to Nanjing

Hop on the fast train from Shanghai Railway Station to reach Nanjing. The trip takes between one to two hours. A normal train takes twice as long and costs much less. You could also take a taxi or rent a car but you’ll have less time to explore Nanjing.

Ningbo offers a combination of old and new attractions. Behind the modern skyline, you’ll find many ancient temples and cultural sites, making it one of the best Shanghai side trips for history buffs.

The city has some of the oldest temples in the world. When you reach the city, start at Asoka Temple. Built over 1700 years ago, the temple contains many relics and interesting treasures.

From the temple, travel to the centre of the city where you’ll find Tianyi Square. The large public square is surrounded by shops and restaurants. Grab lunch and walk around the busy area before checking out other attractions. 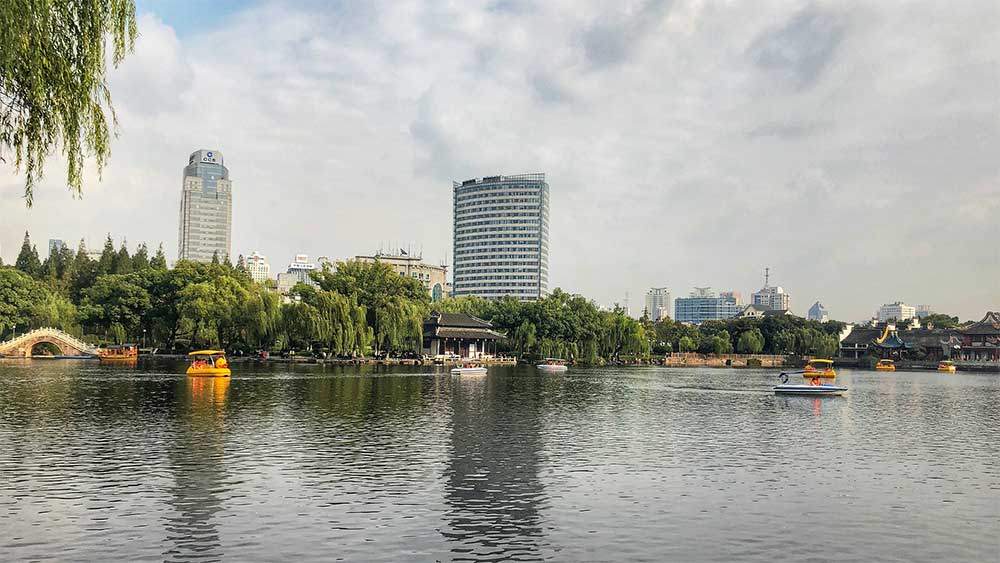 Nearby is Tianyi Pavilion. It’s the oldest library in China and contains over 300,000 books. You can view early examples of woodblock printing and scrolls that detail the history of the region. Before leaving, make sure that you visit the library’s garden. The perfectly manicured foliage creates a peaceful atmosphere in the middle of the bustling city.

Your trip should also include a stop at Ningbo Wulong Pond. It’s part of a large public park with various concrete paths that take you near natural ponds and small waterfalls.

At the end of the day, travel to Zhongshan Road for shopping and dining. It’s the main shopping street in the city, lined with large department stores with colourful entrances. You’ll find a little bit of everything, including plenty of food options.

How to get to Ningbo

The fastest way to reach Ningbo is the high-speed railway. Take a train ride from Shanghai Railway Station and you’ll reach Ningbo in about two hours.