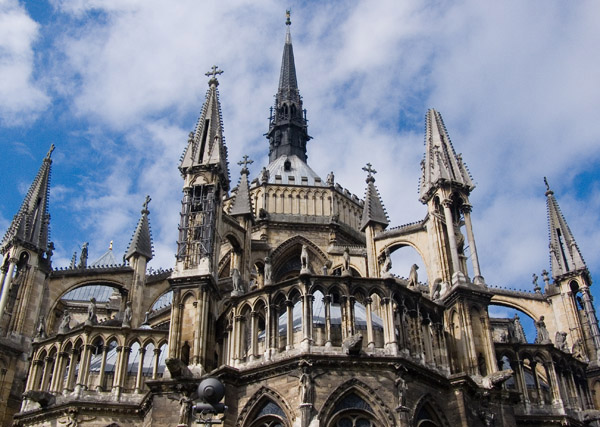 In the late 1600s, in the Abbey of Hautvilliers near Reims, a poorly sighted monk named Dom Perignon was having trouble with the local wine the abbey had been producing for the king and other nobles. The wine was too pale and it kept fermenting a second time in the bottle, creating troublesome bubbles. The monk persisted, though, eventually blending in different grapes and removing the grape skins all together. After trial, error, and a great deal of determination, he finally created a wine that was fit for a king, exclaiming to his fellow brothers, “I’m tasting stars!”

Thus was champagne born and now that troublesome wine has become synonymous with celebrations and the finer things in life. The region of France known as Champagne is the only place in the world that can officially produce champagne and the wine must be made using the methode champenoise. All other bubbly wines are sparkling wines of different variations.

A Day Trip From Paris

When in France, drink champagne. The best place to do so is in Reims, the home of champagne. If you’re already in Paris, take a day trip to Reims and take in the city’s spectacular history, architecture, and of course, its wine. A direct TGV train from Paris to Reims takes only 45 minutes and there are dozens of trains going each way every day. If you want to stay for more than a day, there is plenty to do in both Reims and the surrounding region, but a day trip gives you just enough time to see some of the highlights of this historic city. 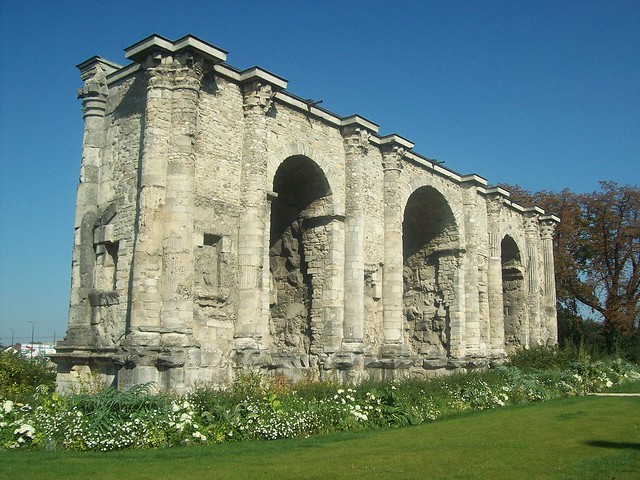 Reims is an important historical city for all of France. It was here that all kings of France were crowned for almost 1000 years, beginning with Clovis in the 6th century. The Reims Cathedral (Notre Dame Saint-Jacques de Reims) was the place where all coronations took place, including that of Charles VII, as witnessed by Joan of Arc. Although altered and updated over the centuries, the primary look of the building is late Gothic, with its multitude of arched windows and stunning rose windows. The carving of an angel smiling down over the entrance to the church has become a symbol of the city. Inside, you will even find stained glass windows in the eastern chapel that were created by Marc Chagall. The south transept window includes a portrait of Dom Perignon.

Other points of interest in the city include the Porte de Mars, a large Roman triumphal arch that was once one of the gates to the city. The Hotel de la Salle is a Renaissance-period mansion that was the birthplace of Saint Jean-Baptiste de La Salle. If you get a bit tired of churches and museums, you can always head to Place Drouet D’Erlon, a charming pedestrian plaza filled with cafés and shops where you can admire the window displays as well as the people passing by.

A Bottle of Bubbly

Of course, the real reason you’re probably in Reims is to try some of the famous champagne. Fortunately, many of the great champagne names are located there, including the fascinating Veuve Cliquot and the historic Tattinger.

At Tattinger, you will learn about the family’s numerous wine-producing properties, including the Palais des Comtes de Champagne in Reims, the Chateau de la Marquetterie outside Epernay, and the chalk caves beneath the ruins of a medieval abbey where monks once made wine.

Veuve Cliquot, named for the Widow (Veuve) Cliquot, presents the story of this amazing 19th century business woman who took over the business after her husband passed away when she was only 27. She played an influential part in modernizing the way champagne was made and sold, creating techniques still used today. On the tour, you can even visit the chalk caves where the champagne is stored and you receive a complementary glass of the sparkling wine at the end of the tour.

With more time to explore, you could spend days taking in all that the Champagne region of France has to offer. But if you only have a day, a trip to Reims is a great starting point, sure to whet your appetite for future trips to the region. It will certainly increase your appreciation for the king of wines.