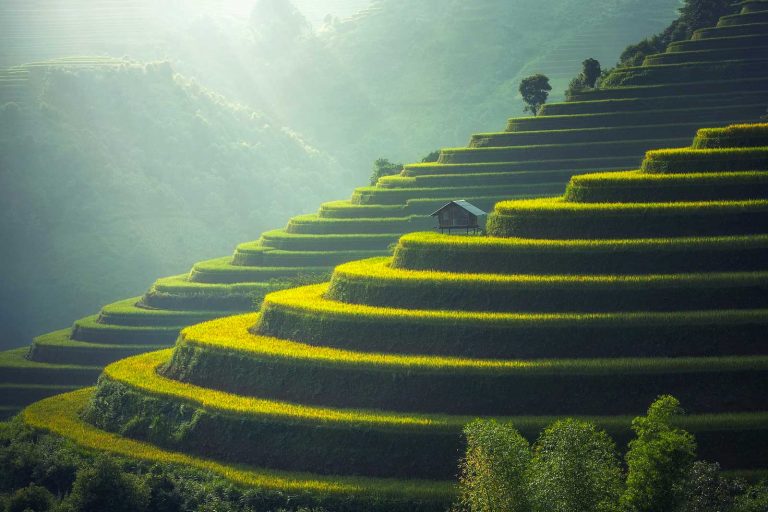 I challenge you to think of a crew of foreign language learners needing a win more than native English speakers. Half the planet is hell-bent on practicing and perfecting our language. But when it’s time for us to peacock our own foreign language brawn with all but the most basic survival phrases, a few grammatical or lexical stumbles later and we’re back babbling in our familiar Anglo-Saxon tongue.

Forget the fact that our linguistically-rich—but phonically-deprived—English language warps our tongues into stiff cardboard unable to produce all but the simplest vowel and consonant sounds and combinations.

If you’re frustrated with choking on the qāf in Arabic or disgracing Chinese script with poor penmanship, repair your language learning confidence with one of these 4 lesser-known easiest languages to learn for English speakers.

Despite its exotic name, Afrikaans doesn’t involve mastering the art of clicking your tongue in unfathomable ways or deciphering a cryptic new alphabet.

In fact, it’s about as close to English as you can get. 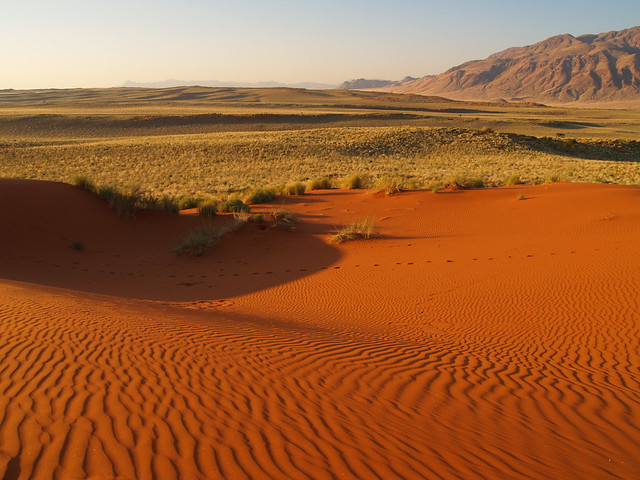 Descending from the early Cape Dutch settlers in South Africa, Afrikaans was once considered a mere dialect of Dutch. But over the past few hundred years Afrikaans has developed into an independent language. Rich influences from Malay, Portuguese and indigenous Bantu and Khoisan languages of Southern Africa add an air of intrigue to Afrikaans.

Why is Afrikaans Easy to Learn?

The good: Isolated from other Dutch speakers, Afrikaners dropped many of the complexities of Dutch. The noun genders and verb conjugations that typically discourage language learners are absent in Afrikaans. Grammatically, Afrikaans is about as easy as languages come. Plus, as a former Dutch dialect about 9 out of 10 words in Afrikaans derive from Dutch, a Germanic language chillin’ out just a couple branches over from English on the West Germanic language tree.

The bad: Although Afrikaans is far easier to pronounce than modern Dutch, some of the sounds and intonation can still trip up native English speakers. Finding Afrikaans speakers outside of South Africa and Namibia can also be a wee challenge. Nothing an Internet language exchange can’t remedy.

At least 15 million people in South Africa and Namibia, two über-sweet countries for travellers, praat Afrikaans as a native or second language. Also, it sounds pretty damn cool, and is a ton of fun to learn. Need I say more?

How to Learn Afrikaans

Unlike more popular languages, finding Afrikaans language learning resources designed for English speakers can be tough. Here are a few worth checking out:

Unless you’re a total language nerd like me, I’m willing to bet that the idea of learning Romanian has never crossed your mind.

Maybe it should have.

Want to become instantly more attractive? Learn to roll the ultra-romantic sounds of French, Spanish or Italian off your tongue. Want to become both sexier and more mysterious? The Romance language of choice is none of the above: it’s Romanian. 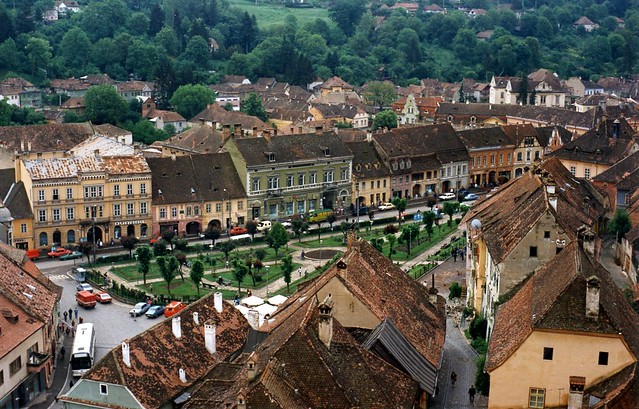 Why Is Romanian Easy to Learn?

The good: If you’ve ever studied another Romance language before, Romanian is hardly foreign. In fact, much of its vocabulary shares similarities with Spanish, Italian, and French (and by extension, English) words. And unlike even our beloved English, the Romanian alphabet is highly phonetic; once you’ve learned the sounds of Romanian, pronouncing words will be child’s play.

The bad: Grammarphobes, who’ve shelved French or Italian for their complexities, will find Romanian grammar equally off-putting. Even for Romance language pros, Romanian has some truly weird stuff going on. If grammatical terms like enclitic definite articles, presumptive moods, or noun declensions send shivers down your spine, Romanian might not be for you (yet).

Besides adding a air of mystique to your persona, speaking Romanian opens wide one of Eastern Europe’s most interesting travel destinations. Plus, the real life Dracula (not those whiny, angst-ridden teens from Twilight) spoke it. Romanian for the win.

How to Learn Romanian

Finding high-quality Romanian language learning resources in English is surprisingly easy. Here’s a handful to get you started on your journey to learn Romanian.

However you slice it—Bahasa Melayu, Bahasa Malaysia, or Bahasa Indonesia—Malay / Indonesian belongs here as much any other language you’ve never dreamed of learning.

Spoken as a lingua franca with minor dialectal changes throughout Malaysia, Brunei, Singapore, and Indonesia, Malay and Indonesian are not just useful, but a gift to language learners who’ve struggled with the complexities of other Asian languages like Chinese, Korean, Thai, or Vietnamese. 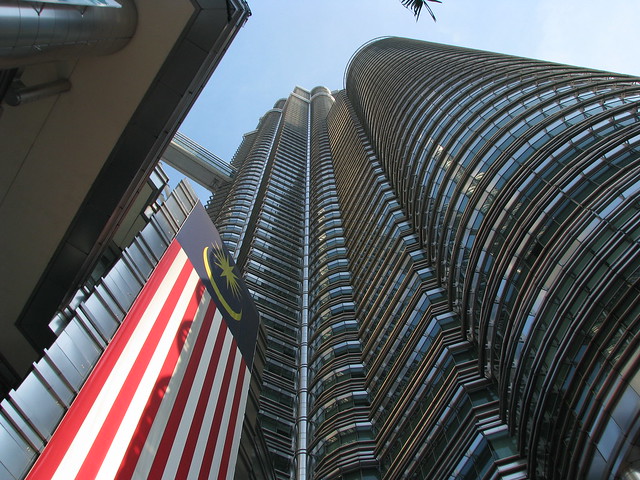 The good: Lacking the complex scripts and tones of other Asian languages, Malay and Indonesian are hands down the most approachable languages on the whole continent. With a highly-phonetic Latin script (Rumi) used for writing, you’ll waste no time with learning a new alphabet before starting to read and pronounce the sounds of Malay and Indonesian. Many of the grammatical complexities we’ve come to associate with language learning are also gone. No genders, no plurals, no conjugations, and no verb tenses. So far, so good.

The bad: Malay and Indonesian are agglutinative languages, which is linguist-speak for “Let’s invent new words by adding on suffixes, prefixes, and any other -fixes we can find.” Although it’s far from impossible to master, agglutination (believe or not, I didn’t invent that word) takes a little getting used to. On the flip side, once you’ve learned a bunch of root words and a few common “-fixes”, you’ll start recognizing new vocabulary at a rapid rate. Beyond the usual “What’s up?” and other stock street lingo, the complex Malay and Indonesian slang can also send some learners into a frenzy. Nothing a little dedication and chatting up some new friends over a meal (or over a few Bintangs) can’t fix.

Why Learn Malay? / Why Learn Indonesian?

Need a good reason to learn Malay or Indonesian? Here’s a handful. At least 220 million of them.

For a language ignored by most Westerners, there’s a surprisingly massive number of Malay and Indonesian speakers meandering around Malaysia, Singapore, and Indonesia.

Speaking Malay or Indonesian will help you dig a little deeper into the immensely interesting cultures of the Malay Archipelago, one of Southeast Asia’s favourite regions among travellers.

Considering how few English speakers seem to study the language, materials for learning Malay and Indonesian are surprisingly plentiful. For an all-around introduction to the language, start with the following resources:

If you decide to tell your best pal you’re learning Swahili, prepare for some blank stares. Whether that reflects the language’s obscurity, or your oddly random desire to learn it, would be anyone’s guess.

But despite the fact that most people have no clue what Swahili is (or where exactly it’s spoken), learning the language is far from a waste of your time. 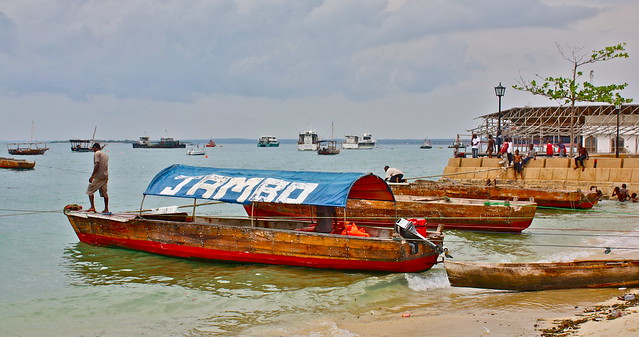 Why is Swahili Easy to Learn?

The good: Africa’s colonial past left Swahili with a vocabulary full of Arabic and Indo-European loanwords, most notably English, French, German, and Portuguese. Many learners will recognize a handful of words out of the gate. It also left something else, the Latin script, replacing the less familiar Arabic script with an alphabet our kindergarten teachers once claimed would be useful. (I guess they were right). Unlike many African languages, Swahili ditched a lexical tone system, famous for destroying the will of people learning Chinese, making it far easier for English speaker pronounce Swahili than many other local languages Africa.

The bad: Unlike most Indo-European languages, Swahili does not use verb conjugations, rather roots and affixes, to express verb tense and subjects. Until you get the hang of thinking in Swahili instead of translating from English, your sentences will probably mimic the speech patterns of a toddler. Despite starting with a large bank of familiar vocabulary, Swahili is still a Bantu language almost completely unrelated structurally and lexically to the more familiar Indo-European language family. That means tons of unfamiliar words and a few strange grammatical structures to wrap your head around.

Spoken as a lingua franca throughout East Africa—especially Tanzania, Kenya, Uganda, and the Democratic Republic of the Congo—Swahili is a excellent to way to warm up to the over 140 million Africans who speak it as a first or second language. Swahili also presents the perfect introduction to the Bantu language family—after learning Swahili, picking up other popular Bantu languages like Shona (Zimbabwe), Kinyarwanda (Rwanda), Zulu (South Africa), or Xhosa (South Africa), won’t drive you (completely) up the wall.

How to Learn Swahili

Swahili learning resources in English aren’t so hard to find. Start off with: