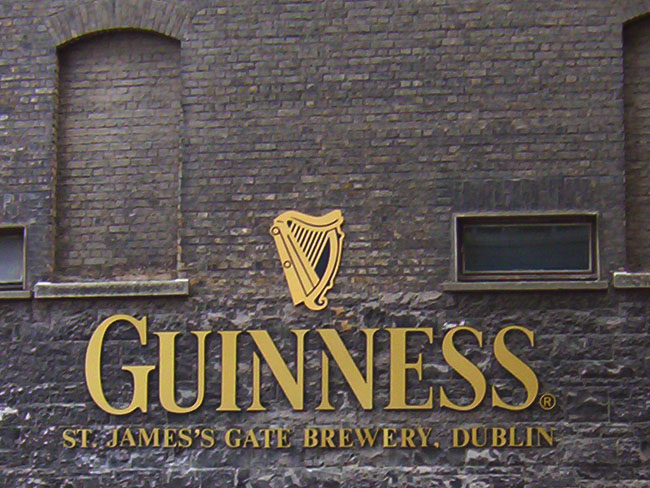 If it’s true that taste and smell are most closely linked to memory, explaining my affection for the Guinness Storehouse in Dublin would be simple. Years have past since I last set foot in my ancestral homeland of Ireland and yet I’ve continued to seek a pint of Guinness to rival that poured at St. James’s Gate in Dublin.

My search has been to no avail.

Is it possible that at the dawn of my youth I’d already experienced the perfect pint? 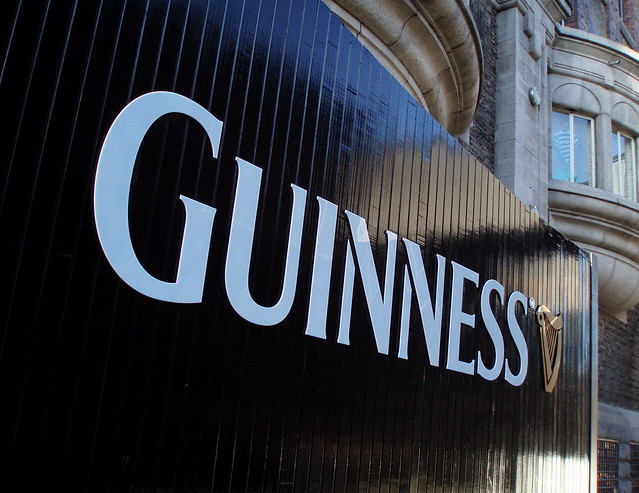 Whether the pint itself was as magical as my memory claims is hard to say. Certain nostalgia has always been attached to my first trip to Dublin. Donning an epic Irish surname, visiting Ireland seemed almost an obligatory rite of passage, an absolute must-do sought after for much of my conscious life. A week prior, I left North America for the first time and Ireland was, aside from Scotland, my only European travel experience. More than just a simple jaunt abroad, Dublin represented a new stage in life – the first step away from a structured, predictable life at home to that of a budding independent wanderer.

I’ll be the first to admit: the Guinness Storehouse in Dublin is one of Ireland’s biggest tourist traps, but it’s one that any self-respecting beer-drinker will find fascinating. Opened back in November 2000 in the old St James’s Gate Brewery fermentation plant, the Storehouse whirls through the illustrious history of Guinness, one of the world’s most recognizable brands. And who knew: you even learn a thing or two about beer. 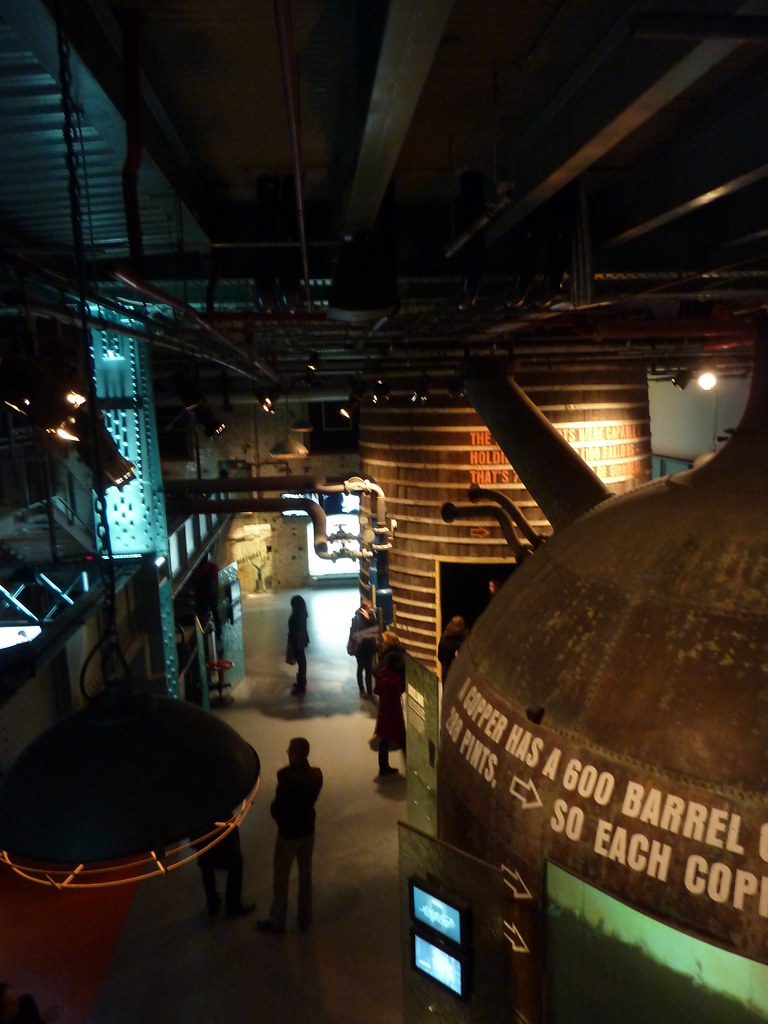 The Art of Brewing

On the first floor, visitors learn about the brewing process and of the four main ingredients of beer: water, barley, hops and yeast. Enjoying the perfect pint of Guinness, the Master Brewer explains, is a product of fusing a centuries-old brewing tradition with the finest available ingredients.

Beer (or more precisely, stout) connoisseurs will tell you: Guinness is anything but a run-of-the-mill drink. Its distinctive smoky flavour, stemming from the roasted unmalted barley in the grist, is more suitable for pairing with a tender sirloin than endlessly pounding back on a legendary bender. No, Guinness deserves more attention than that; every sip is meant to savoured. And this is part of the allure of the Guinness Storehouse: it’s impossible to leave with anything but a profound appreciation for the care and artistry that pervades each and every pint. 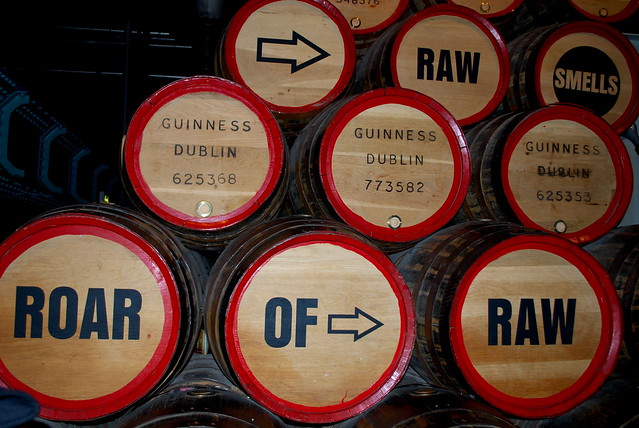 Even the process of storing and transporting the famous stout required some artistic skill. Coopers, as barrel-makers are formally known, were perhaps even the most skilled of the brewery workers. Watching the video of the coopers at work at the Guinness Storehouse is impressive to say to least; cooperage, as you’ll come to appreciate, is far more complex than slapping together a couple slabs of wood. Unfortunately, in the late 1950s and early 1960s, aluminum casks replaced the wooden barrels, rendering the art of cooperage at the St. James’s Gate Brewery all but lost.

After visiting the advertising exhibit on the third floor (quite interesting in its own right), you’ll learn firsthand the art of pouring the perfect pint of Guinness. Anyone who’s had a subpar pint at the local watering hole knows: Guinness is as much about the pour as the brew. After perfecting your pouring technique (if you choose to imbibe your complimentary pint here), you’ll receive a certificate and have a chance to savour your glorious glass at the Perfect Pint Bar before moving on.

(Unfortunately, I cannot claim to be a certified Guinness pouring expert and instead chose to enjoy my free pint at the seventh floor Gravity Bar—there’s always next time!)

Guinness: A Meal in a Glass or a Glass Full of Meals?

If marching through the Storehouse has left you with a hearty appetite, the Brewer’s Dining Hall serves up a serious selection of food all cooked up with – who would have thought – Guinness. Cooking with Guinness has a long tradition in Ireland and few places are better to experience the culinary delights of Guinness-based dishes than in the Storehouse.

Also on the fifth floor is Arthur’s Bar, built in traditional Irish pub style and worthwhile visit for a taste of the communal role pubs play in many Irish communities.

The tour of the Guinness Storehouse meets its apex at the seventh floor Gravity Bar, a spectacular work of modern architecture famous for its 360 degree panorama of Dublin and beyond.

If you’ve felt your €16.50 admission fee to the Guinness Storehouse was too steep by this point, the Gravity Bar will more than compensate with its magnificent views and possibly the world’s finest pint of Guinness. 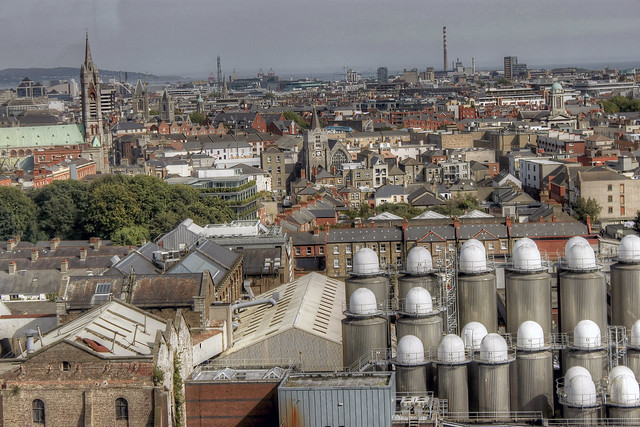 Many travelers will agree with me: A Guinness poured by the expert bartenders at the Gravity Bar is about as flawless as a pint could be. The process begins by filling the characteristic tulip-shaped glass at a 45-degree angle about three quarters to the top before letting the beer settle. After sitting idle for about two minutes—119.5 seconds to be exact—the remaining quarter glass is filled to just above the rim (no spilling allowed!), yielding the consummate velvety head that Guinness is famous for. 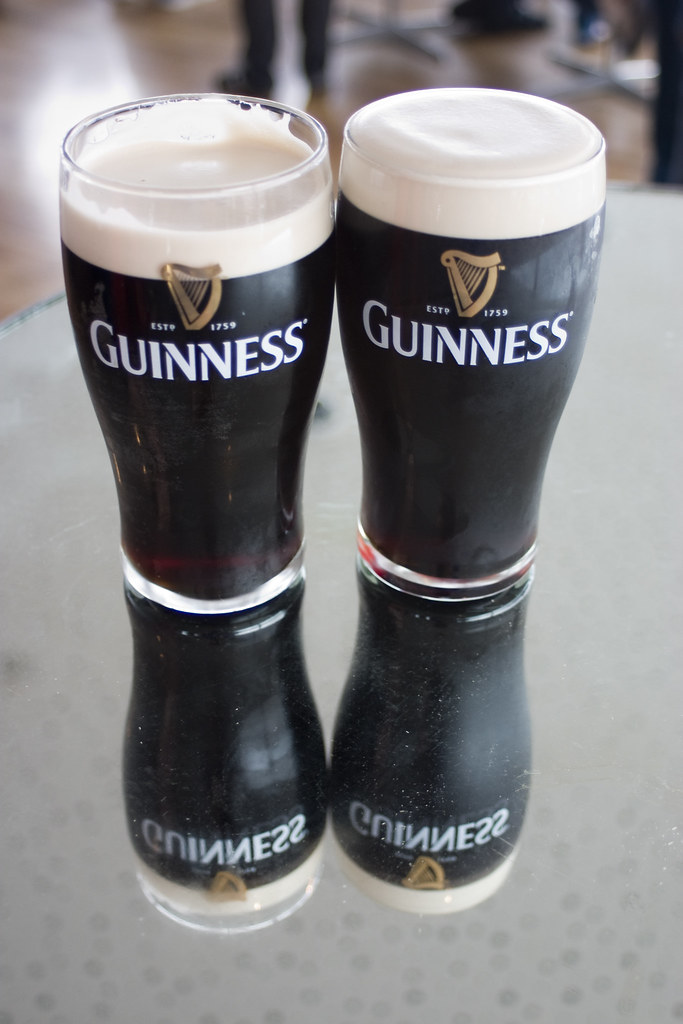 Even with impeccable pouring technique, you’re unlikely to replicate this pint anywhere else. The atmosphere of the Gravity Bar, the sweeping city views and the über-fresh Guinness—brewed at the St James’s Gate Brewery next-door, stack odds in favour of the Guinness Storehouse. And even as my memory of Ireland drifts into the recesses of my travel-logged brain, that one Guinness – delicately sipped atop of Dublin – still stands strong as what I still believe it to be: the world’s most perfect pint.