When rolling French off the tongue becomes passé and German no longer causes Fremdsprachenbildungsangst, it’s time to up your foreign language learning game. And this time the easiest languages won’t do.

Without much effort, the thought of singing the tones of Chinese, mastering Japanese kanji or gracing your notebook with Arabic calligraphy pops into your head. But you crave more obscure languages. A challenge that will baffle your friends. A challenge that’ll mould your brain into a tour de force of foreign language learning genius.

At a loss? Here are 4 of the more unusual hardest languages to learn for English speakers that will push your tongue to its limits. (And provide a little excitement along the way).

With a deceivingly Anglo-Saxon-esque name, Georgian sounds more like an American English dialect spoken in Atlanta than a mystic ancient language from the Caucasus. If only that were true, Georgian language learners could breathe an anticipatory sigh of relief from the pain of the bewildering linguistic journey they are about embark upon. 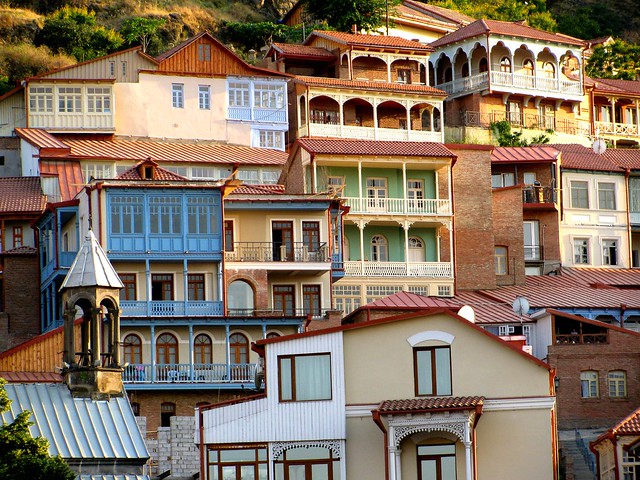 Why Is Georgian Hard to Learn?

Occupying a branch in the undeniably cool-sounding—but abstruse—Kartvelian language family, Georgian is not related in the least to any foreign languages popular among learners, despite being surrounded by countries speaking Turkic and Indo-European tongues.

Literally, almost every ounce of foreign vocabulary you’ve ever picked up in the past is useless for learning Georgian. And as if the daunting task of perfecting unfamiliar foreign vocabulary weren’t enough, the modern Georgian alphabet, Mkhedruli, is also unique to the language. 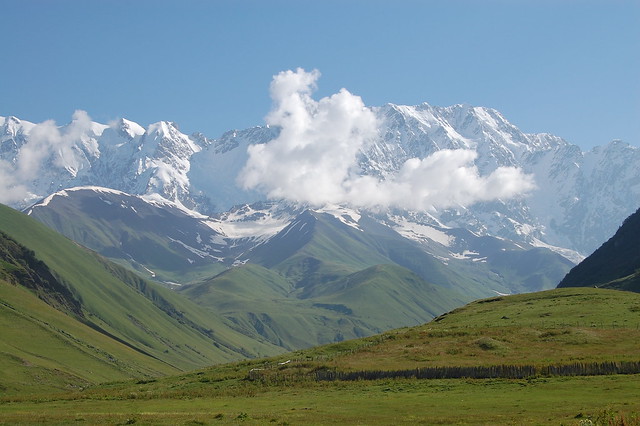 At first, reading Georgian is about as easy as deciphering ancient Egyptian hieroglyphics. But once you’ve memorized the letters and their associated sounds, the Georgian language shines, even where modern languages like English and French fail, with its highly-phonetic script.

For all but the nerdiest of grammar geeks, the notoriously arcane Georgian grammar is as fraught with difficulty as keeping Lindsey Lohan sober at a Christmas party. Learning Georgian involves coming to terms with nasty polysyllabic words like agglutination, polypersonalism, and postpositions.

How To Learn Georgian

Fortunately, it’s not all doom and gloom for Georgian learners. Georgian gives us a bit of a break with its lack of grammatical genders, missing definite and indefinite articles, and dropped subjects. Many of the complexities that even learners of common foreign languages like German or French are avoided in Georgian.

To learn Georgian without a fuss, begin building up your language learning confidence by mastering the Georgian alphabet. Wrap your tongue around Georgian pronunciation with a good self-study beginner’s course or Internet site. Finding good English-language Georgian learning resources can sometimes be a challenge. Here are few to get you started:

Most language learners know little about the mystical Persian language other than confusing it with Arabic. Oh, how appearances can be deceiving! 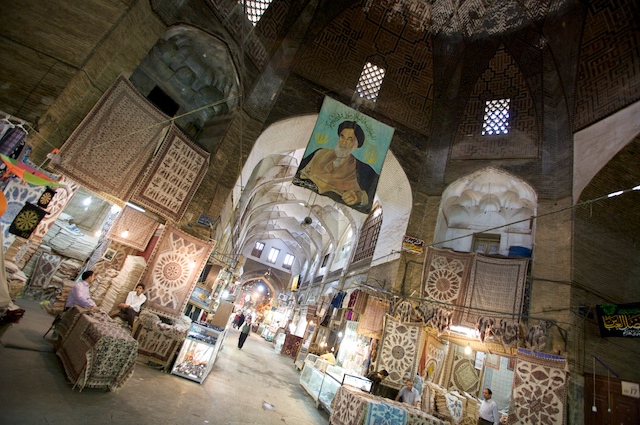 Hanging out with the Indo-European languages (hey, that’s our posse!), Persian is as far removed from Arabic structurally as English from Swahili. The confusion lies mostly in Persian vocabulary. Much of it is borrowed from Arabic, and is written in a modified Arabic script. But after hearing the beautiful sounds of Persian for the first time, mystified learners will never mistake these two exotic languages again.

Why Is Persian Hard to Learn?

Besides needing to grasp a few almost completely foreign grammatical concepts, about 40% of Persian vocabulary derives from Arabic, a language as familiar to most of us as Klingon. 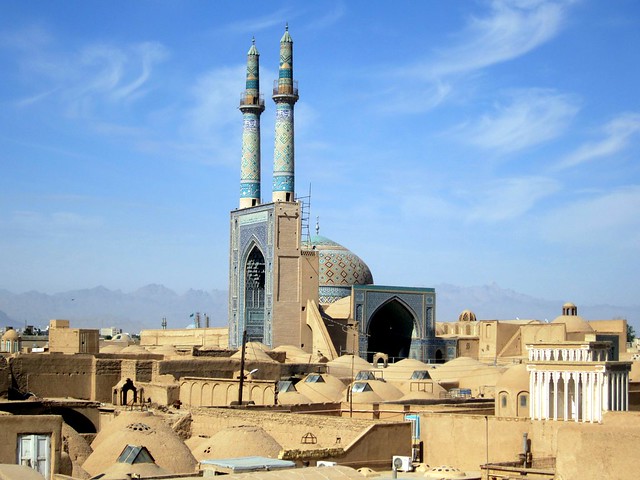 Combine all that with the serious calligraphic skills needed to master writing the right-to-left Perso-Arabic script and Persian easily drops in as one of the hardest languages to learn for English speakers.

How To Learn Persian

Even with all its quirks, Persian is truthfully not as difficult as a first glance might suggest. Beyond the few slightly unusual concepts above, Persian grammar is actually quite simple. Perhaps even more so than some common European languages.

Forget about irregular verbs, noun cases, definite and indefinite articles, and even subjects. Persian cares not to bog itself with such small details. There are even quite a few cognates that speakers of French, English, or German will recognize, hastening vocabulary acquisition.

How you start your Persian studies depends on where (and with whom) you plan use the language. There are three main Persian dialects—Farsi (Iran), Dari (Afghanistan), and Tajik (Tajikistan and Uzbekistan)—to choose from. Although all are similar, slight differences in the vocabulary and accent means that learners should start with just one.

For studies in Farsi or Dari, tackling the Perso-Arabic script is a logical first step. Tajik learners, on the other hand, should start with the Cyrillic alphabet, familiar to speakers of Russian, Bulgarian or Serbian.

Not sure how to start? Here are some Persian learning resources for each of the three dialects: 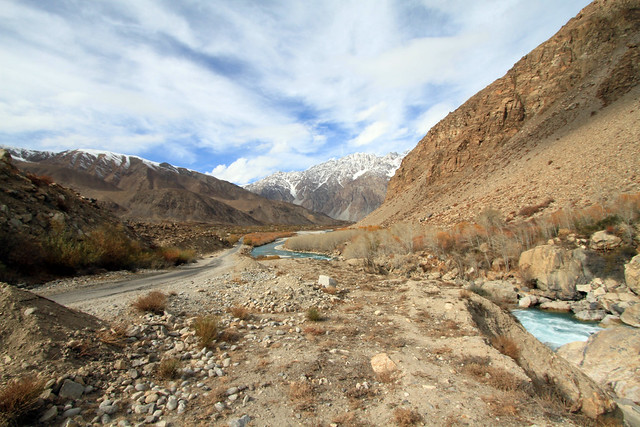 Distinctive and melodic, the exotic Turkish language can perk up your ears with the best of them. It’s hard to find a more unique tongue among the world’s most widely-spoken languages. No other major language sounds—or feels—quite like Turkish. 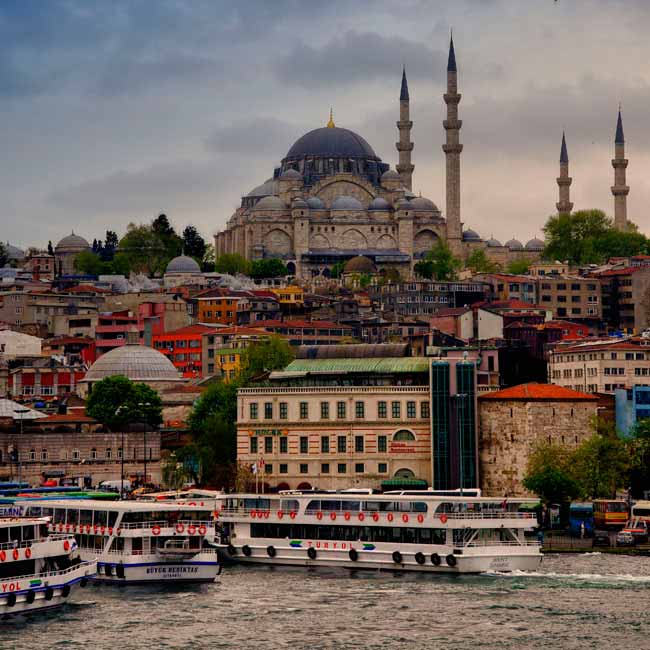 Spoken primarily in Anatolia, the crossroads of Europe and Asia, Turkish can open wide the door to one of the most hospitable and diverse countries on the planet for travellers. Who knows—a little Turkish could even help you save a few lira at the bazaar.

Why Is Turkish Hard To Learn?

Be prepared for a battle: bewildering grammar strikes again!

Following a harsh mincing of pain and toil inflicted by our other hardest languages to learn for English speakers, grammarphobes may consider finally dropping to their knees to welcome defeat as we pile the complexities of Turkish onto our terrifying list.

Like both Georgian and Persian, Turkish is agglutinative. In Turkish, affixes are relentlessly fused to root words with no sympathy for non-linguist language learners. 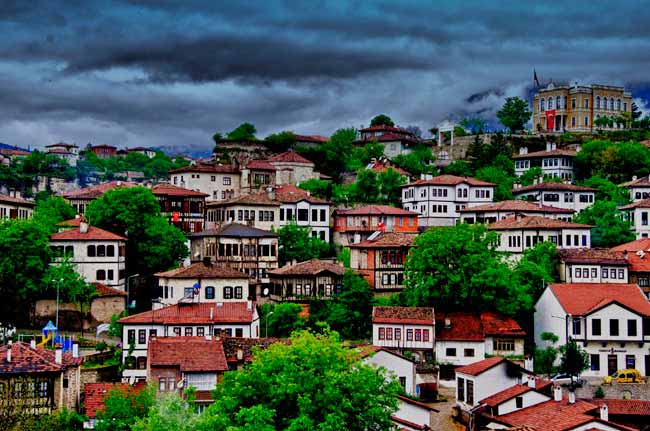 To add to the misery, Turkish pairs agglutination with a funky little thing called vowel harmony that morphs endings into seemingly infinite combinations. Throw in six noun cases and nearly 30 verb tenses to wrap your head around. (No, that’s not a typo).

That’s one hellish road to learning Turkish ahead.

How to Learn Turkish

With the right attitude, learning Turkish doesn’t have to send shivers down your spine. Don’t get bogged down with the complex grammar at first. Focus instead on simple sentence structures. Learn basic verb tenses. Polish your Turkish pronunciation. Get a feel for the stress and rhythm of Turkish.

You may even find some aspects of learning Turkish easy. Turkish has neither genders nor noun classes. It even has a phonetic Latin script.

The availability of Turkish learning resources in English is steadily improving. Get started with the following:

Got an incurable lust for Norse mythology? While you’ll never become a hammer-swinging deity who conjures thunder and lightning with one strike, you might just be able to sound like one. 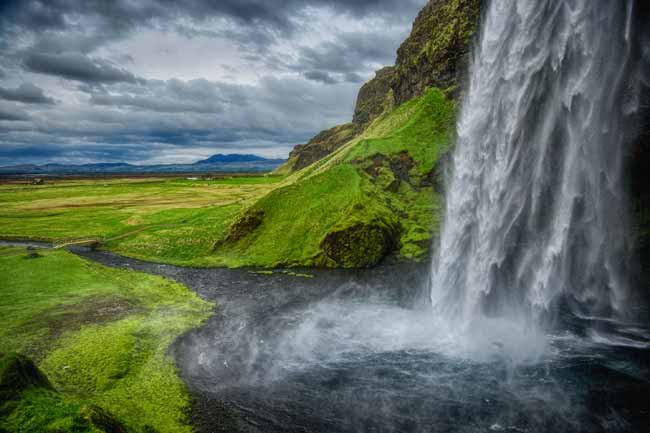 If you want a taste of Old Norse as spoken in the Viking Age, Icelandic is as close as a modern language gets. Decide to learn Icelandic and you’ll join an illustrious group of just over 300 thousand speakers and help bring light to one of the most unique Germanic languages.

Why Is Icelandic Hard to Learn?

Although it’s a modern language related to Swedish, Danish, and Norwegian, Icelandic retains many archaic features from Old Norse, the  precursor to the North Germanic languages spoken in Scandinavia. And it’s these ancient grammatical complexities that both give Icelandic its distinct character and render it so difficult for most learners.

Like German, Icelandic has four grammatical cases, three noun genders (masculine, feminine, neuter) and distinguishes between strong and weak nouns. Where things start to lose control is that, unlike German, Icelandic nouns further divide into sub-classes. Each must be declined along with the adjectives and pronouns. 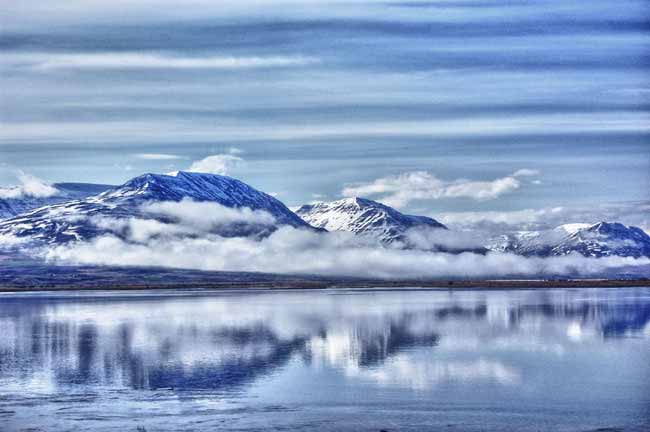 If you’ve ever struggled with conjugating verbs, you’ll get no respite from your strain while learning Icelandic. Verbs change according to their tense, mood, voice, person, and number, generating what appears at first to be an endless list of iterations. Toss in a furious bid to eliminate foreign loanwords from the language, and it’s plain to see why learning Icelandic is no walk in the park.

How to Learn Icelandic

Starting off by deciphering Icelandic grammar may be a step in the wrong direction. Walk before you run. Master Icelandic pronunciation with a native speaker, if possible. Get a grip on those few unfamiliar, tongue-twisting sounds) before moving on.

Basic conversational Icelandic, beyond the unusual pronunciation, should be attainable without too much fuss. Reading and writing well-structured Icelandic, however, will require a little more effort.

For such a language with such few speakers, there are surprisingly good English-language Icelandic learning resources including the following: