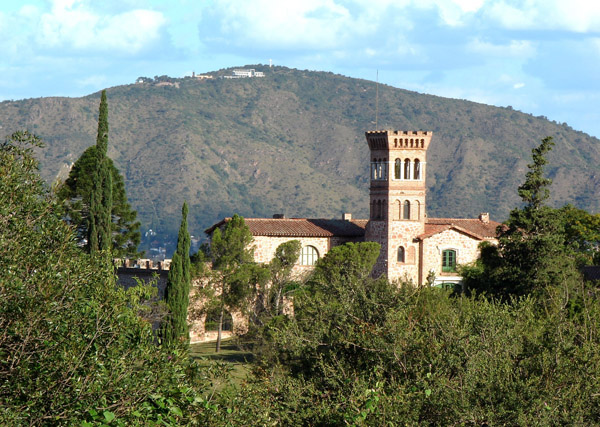 A visit to Córdoba is a visit to the heart of Argentina. Not only is the province located in the geographical heart of Argentina, the city was also the first capital of Argentina. It is now the country’s second largest city, and many – not just the locals – would say that it features the best of a large city’s appeal without the claustrophobic overcrowding. The Cordobeses, as the locals are called, pride themselves on their friendly, humorous nature, and they are sure to welcome you into the heart of their city and their country with open arms and a cup of mate.

There is plenty to see in both the city and the province of Córdoba, but a good place to start is the old city center, the very heart of the city. It was founded in 1573 when the Spanish colonists began to build the city. As with many South American countries, when the early city was first laid out, Córdoba began with a chessboard grid. In 1577, Don Lorenzo Suárez de Figueroa, the lieutenant governor of the time, drew the first layout of the city as a grid of seventy blocks. 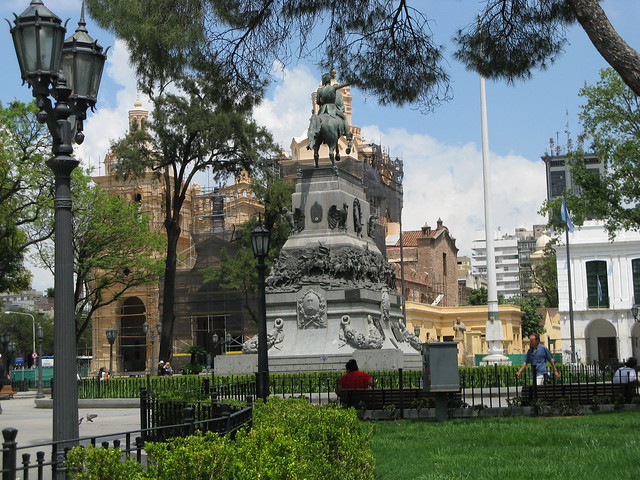 The very center of that grid contained Plaza Mayor (today Plaza San Martín), which was designed to host military parades and both secular and religious ceremonies. It wasn’t until much later that the plaza was altered from a dry parade ground to the attractively landscaped and lit gathering area that it is now. The plaza is also home to a statue of General José de San Martín, who played a vital role in the independence of South America. Yet the celebratory nature of the plaza remains. Ceremonies and festivals are still held there throughout the year, including the annual folk festival on the evening of May 24, which culminates with a fireworks display at midnight. This festival is a prelude to the city’s May 25 celebrations, marking the establishment of the first local government. 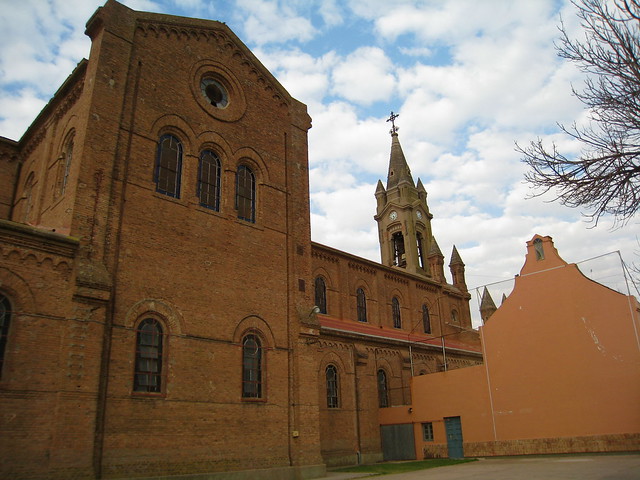 Even if you can’t be there for the May 25 celebrations, there is plenty to see in and around the Plaza San Martín throughout the year. Representative of the city’s role as the first capital of Argentina, as well as the importance of the Catholic Church, the central square of the city is where you’ll find two of the city’s most important historical buildings: the Córdoba Cathedral and the Cabildo.

The Córdoba Cathedral – Our Lady of the Assumption – is not only the region’s central Roman Catholic church, it is also the oldest church in continuous service in Argentina. Building on the cathedral began in 1580, but wasn’t completed until 1784. As a result, the exterior of the building features various architectural styles, including a Romanesque dome, Baroque towers, and a neoclassical vault and portico. The indigenous people of the area also worked on the cathedral and some of their influence can be seen in the recognizably local faces of the sculpted angels that adorn the towers.

The interior of the cathedral is a lavish display of art, silver, gold, and precious stones, among other wealthy offerings made over the years. The walls feature frescos and murals painted by Emilio Caraffa, Carlos Camilloni and Manuel Cardeñosa, all Argentinean artists. The sterling silver altar of the cathedral was made in Perú. Whether or not you are religious, this stunning cathedral is worth a visit for its breathtaking design and decoration.

Across from the cathedral, separated by the Santa Catalina Promenade, is the Cabildo, the historic town hall. Although originally just a simple adobo building with a thatched roof, in 1783 the governor decided to make it a little fancier. The end result was a colonial and classical work of art. The building’s facade features a 15-column portico topped by a covered arcade. Inside the building is a beautiful courtyard.

The Cabildo isn’t just architecturally interesting; the structure includes underground cells, as well as rooms displaying archaeological finds and regularly changing art exhibits. Although the Cabildo is no longer used as the regular town hall, the Salon Rojo (Red Room) is where the city’s mayor receives important guests. When not in use, it is open for visit. The Cabildo also hosts numerous concerts throughout the year. 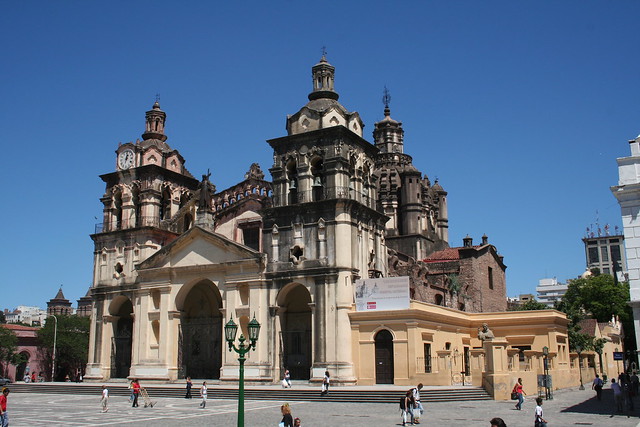 In between visits to these and other sites, don’t forget to take time to simply sit and take in the views. The historic center is also home to la peatonal, the pedestrian area of the city which combines shops, restaurants, and some of the best people watching possible. Made up of the 9 de julio, Rivera Indarte, and Dean Funes streets, located right by the Plaza San Martín, this area is rich in offerings. Sit at one of the many cafés and enjoy a coffee and one of the region’s beloved alfajores, filled with jam or dulce de leche. Wander the streets and take in the different stalls, vendors, and personalities that fill the streets.

Cordobeses will tell you that la peatonal has been the setting for many of their memories, whether it is the people they come across daily – the area has a long history of colourful characters – or simply the times they spend there will family and friends. If you spend your own time taking in the sights, sounds, and smells of the area, they are sure to stick with you, even long after your visit.