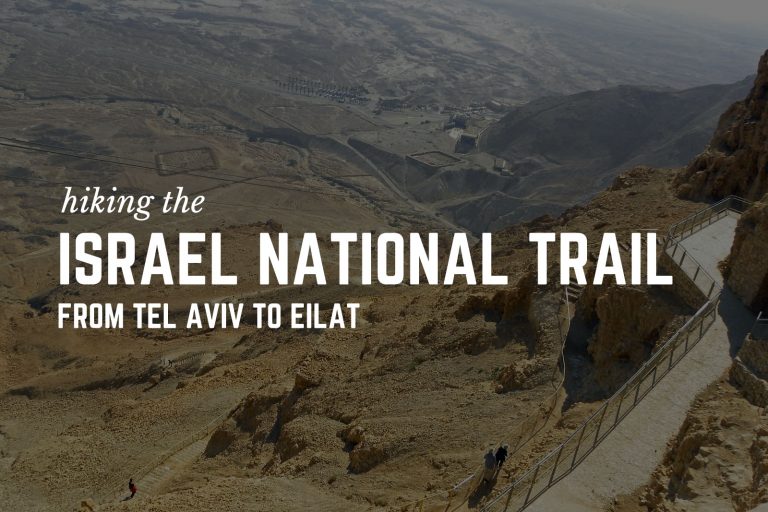 When it comes to hiking in Israel, there are a number of trails to choose from that trek through the country’s diversity of landscapes, ranging in difficulty and length.

And while there’s something in Israel for any hiker, there’s only one trail in the country that can claim to be amongst the world’s best hiking paths, including all of the aforementioned diversity and range: the Israel National Trail. 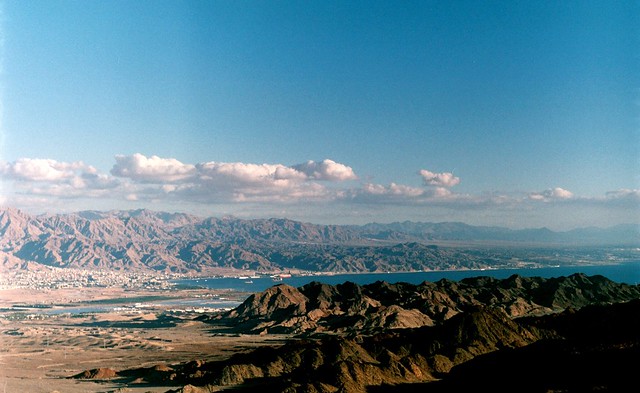 Winding 1000 km (620 miles) from Israel’s northern borders with Syria and Lebanon, the Israel National Trail snakes around the West Bank and through Tel Aviv before continuing all the way down to the country’s southern tip in Eilat and the Red Sea.

The trail is broken down into 44 segments, the first 19 of which are north of Tel Aviv and include ample spots for water. The last 25 segments, a small majority of the trail, take you from Tel Aviv to Eilat. From segment 32 on, it’s all desert, with water becoming a scarcity.

Tel Aviv native Shai Goren is an avid hiker, outdoorsman, and tour guide for Israel Experts. He recently completed the Israel National Trail with a friend in 2 ½ months.

Here, Goren offers 10 tips for anyone looking to conquer the country’s longest hike, as well as three highlights along the trail from Tel Aviv to Eilat. 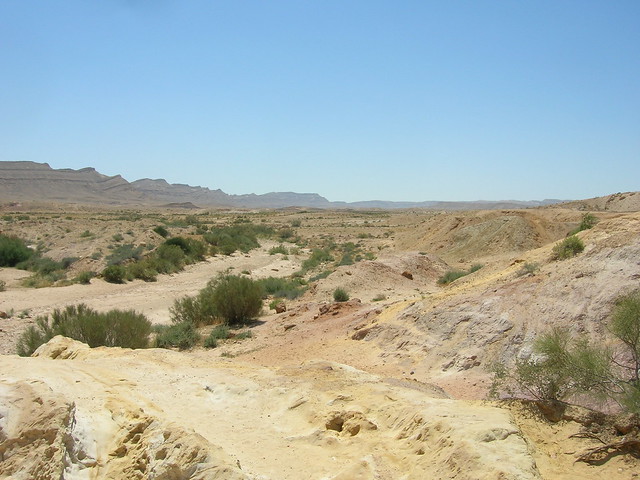 1. Pick the right time to start.

“There are two options,” Goren says. “You can start either before the summer, about March or April. Or, you can start when we started: end of August/beginning of September.”

You don’t want to find yourself out on the trail in the middle of the blistering summer months. The Negev desert is already hot enough to pose a challenge the rest of the year. Winter isn’t ideal either because it’s the rainy season.

2. Hike the trail from north to south.

Leaving the most difficult part for the end of the hike allows you to become accustomed to the trail and the routine of hiking for miles a day beforehand. By the time you reach the most challenging segments, the trail has become second nature.

3. You have three options for water in the desert.

First – the way the majority of hikers do it – before the trip, take a car to key points along the trail and bury bottles of water, marking the exact locations. This option has many problems, Goren says, noting that driving to some remote parts of the trail can be a challenge in itself because of the rugged terrain. “But the biggest problem,” he says, “is the Bedouins know the places that you’re going to put your water. They can see exactly where you dig. They steal the water and then leave you with a card that says, ‘I provide water to people in need.’’ They effectively sell your own water back to you at a premium.

The second option is to carry water with you, as Goren and his companion did. This requires a lot of advance planning, as well as the strength to carry extra weight.

The third option is reserved for those with friends living along the southern portion of the Israel National Trail. These lucky people can call ahead and ask their friends to bring them water.

The majority of people cook bland rice every day, Goren says, but it’s easy to add a little flavor to food on the trail by bringing a few extra items.

For Goren, breakfast usually consisted of oatmeal, “which is super easy to prepare with water.” Lunch would be bread, canned tuna, vegetables, and tahini. Dinner would be a casserole of red lentils and root vegetables, such as potatoes and carrots. “In the desert, the root vegetables get heavy, so we did it with less,” Goren says. “It was more like red lentil soup [for dinner in the desert].”

All you need is a sleeping bag. At about sunset, start looking around for a place that’s ideally flat, shaded, and away from the road. If there’s wood for a fire nearby, even better. 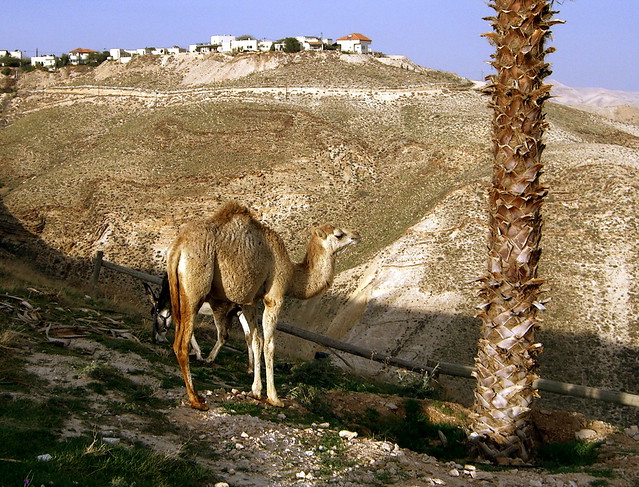 6. To avoid exhaustion, stay hydrated and take an occasional day off.

Allow yourself a day or two of rest every few days. If you’re near a town, go see what it has to offer and get off the trail for a bit.

7. Be flexible in your plan and allow for spontaneity.

This is a good rule of thumb for any form of travel, but also applies to hiking the Israel National Trail. Unless you know you have to get to a certain point because that’s where water is waiting for you, weigh your options and do what sounds good. The trail is much more enjoyable when you don’t have to hit any mileage quotas or have a strict time limit, Goren says.

8. Take advantage of the “Trail Angels.”

These are people who live along the trail that open their homes to hikers, offering a comfortable night’s sleep and a warm meal. You can find listings of Trail Angels online.

9. When it comes to backpacker safety, the only concern is regarding wild animals.

Israel is home to wild boars, but it’s rare to come across one on the trail. Still, the chances of being attacked by a wild animal are higher than by being attacked by another person. “If you sit next to a fire, nobody will come near you,” Goren says.

10. The most difficult part of hiking the trail is choosing the right companion.

“It’s extremely difficult to spend so much time together,” Goren says. “Even if you live with someone and share your life, you’re usually at work for 8 hours a day. This is like 24/7.”

Despite being really good friends, he and his companion found it difficult — somewhat unexpectedly — to spend so much time together at times. “There were some days that we really hated each other,” he says, adding that they have remained friends despite the trail.

Conversely, you hear stories about two people who met on the trail who decide to get married by the time they finish the hike. “If a couple survives the Israel National Trail,” Goren says with a laugh, “there’s nothing that can stop them. Nothing.” 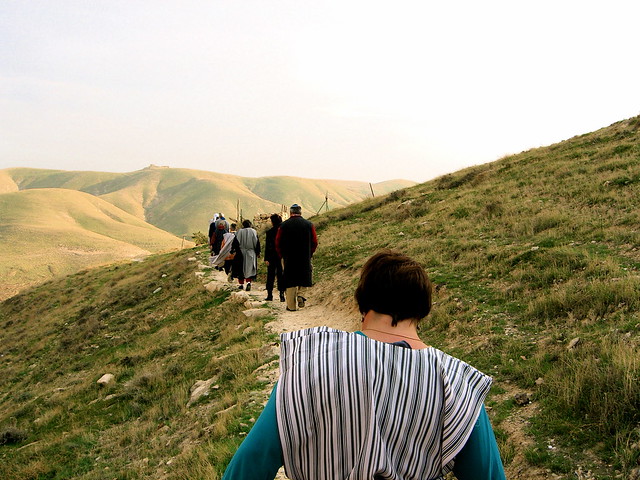 One of Goren’s favorite portions of the trail is near Jerusalem, where there are a number of natural springs to bathe in. 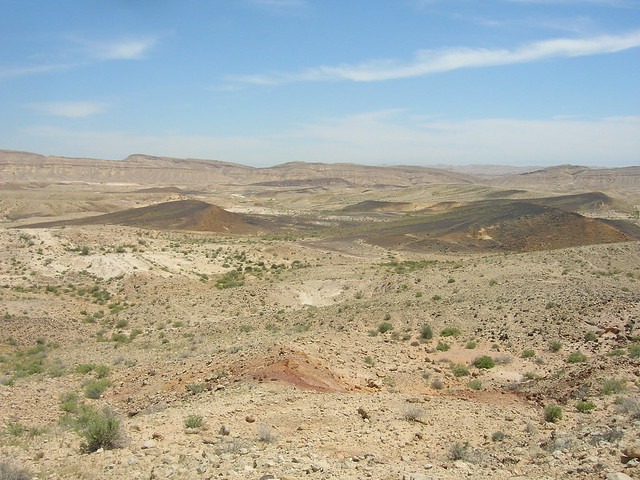 Further south, there is a phenomenon unique to the Negev desert called makhtesh, a crater-like depression caused by erosion. There are three makhtesh along the trail that offer views of diverse flora and fauna and colorful rock patterns.

Barak Canyon is an impressive, narrow ravine in the Negev, and is often cited as one of the most beautiful parts of the trail.

Mark Kurlyandchik is a Soviet-born, Detroit-based journalist, writer, and traveler who is spending the summer seeing much of America with his wife before the couple settles in the San Francisco Bay Area this fall. One of his favorite Israel experiences was hiking Masada. You can follow the couple’s adventures on their blog, Swoon Divers Travel, as well as Facebook, Twitter, and Pinterest.