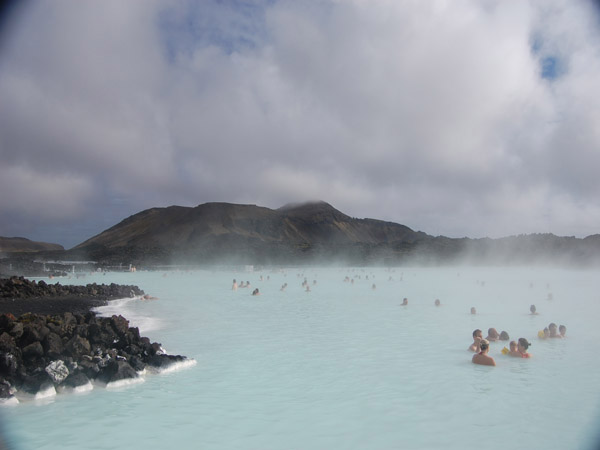 Most people try to schedule as few layovers as they can, especially on international trips. Your main goal is to get from point A to point B as quickly as possible, with the minimum of hassle. Yet with a bit of planning, you can turn a layover into a mini trip of its own. Iceland may not be on the radar of many travellers except for the occasional Björk fan, but the reality is that it can make a spectacular day trip on your way to or from North America and Europe.

In early days of air travel, jets flying between the two continents often had to stop in Iceland for refuelling. Nowadays, there are other flight options, but Iceland has made the most of the fact that most flights arrive early in the morning at Reykjavík-Keflavík Airport and don’t leave until much later in the day. As a result, layovers in Reykjavík are often eight or nine hours long. To encourage travellers to choose Icelandair, they teamed up with Reykjavík Excursions to set up a number of day options with connecting travellers in mind. You can tour the city of Reykjavík, ride an Icelandic horse, or tour the Golden Circle. The option that many weary travellers may find the most appealing, though, is a day spent at the famous Blue Lagoon.

Perhaps one of the best ways to make the most of a flight layover is to spend the day at the Blue Lagoon Geo-Thermal Spa. Once you arrive at the Reykjavík Airport, a bus from Reykjavík Excursions will take you directly to the spa, located between the city and the airport. If you are travelling with Icelandair, your checked luggage will be taken care of automatically. You can take your carry-on luggage with you and check it into a secure locker at the Blue Lagoon or in special locked storage provided by Reykjavík Excursions.

The drive from the airport to the Blue Lagoon takes roughly 20 minutes. Once there, if you don’t have towels, robes, or bathing suits, you can rent them, which is convenient if you don’t want to take up precious space in your carry-on luggage.

Once there, you have a variety of ways to relax and enjoy the amazing setting. Along with the pools themselves, there are numerous spa services, as well as in-water massages and scrubs, a sauna, waterfall, and steam bath. If you’re hungry, enjoy a light meal or drinks at the casual café or enjoy fine dining and local ingredients at the stunning LAVA restaurant. There’s even a swim-up bar for real indulgence.

Even if you don’t choose the many spa treatments on offer, you can always perform your own DIY mud treatment. There are boxes of silica mud located throughout the grounds. Slather the mud on and let it work its magic, softening and rejuvenating your skin as it dries.

The real draw is, of course, the hot-water pools. The water of the Blue Lagoon, with temperatures averaging around 37–39 °C (98–102 °F), surprisingly comes from a geothermal power plant. The water comes from 6,000 feet below the ground and is used first to create electricity for the city of Reykjavík.

Don’t worry, though. The water in the pools is pure spring water and renewed every 40 hours. The amazing blue color derives from the water’s rich mineral and sulfur content, which serves as a natural barrier to the formation of bacteria. Fortunately, despite the sulfur, there is very little of the smell that some people find off-putting. Although technically man-made, the Blue Lagoon is also organically formed, with natural lava formations creating various niches and seats in the pools. There may be more than 400,000 visitors to the pools each year, but you can always find some private space to float away your cares.

Even if you only have a few hours to visit the Blue Lagoon, it’s worth the short trip from the airport. If you want a mid-travel break to revive yourself or simply a vacation in itself, Reykjavík and the Blue Lagoon offer a trip you won’t soon forget.