Now Eastern Europe’s all the rage. Walk the streets of Prague or Budapest in summer and you’ll barely find breathing room. Eastern Europe is open for tourism. And the whole world knows it.

But in the shadows of the region’s tourism heavyweights are alternatives: the unsung capitals of Eastern Europe, waiting to become your next favourite travel destination. Set aside your maps of Warsaw and Moscow. Plan a summer trip to one of these fascinating lesser-known Eastern European capitals: 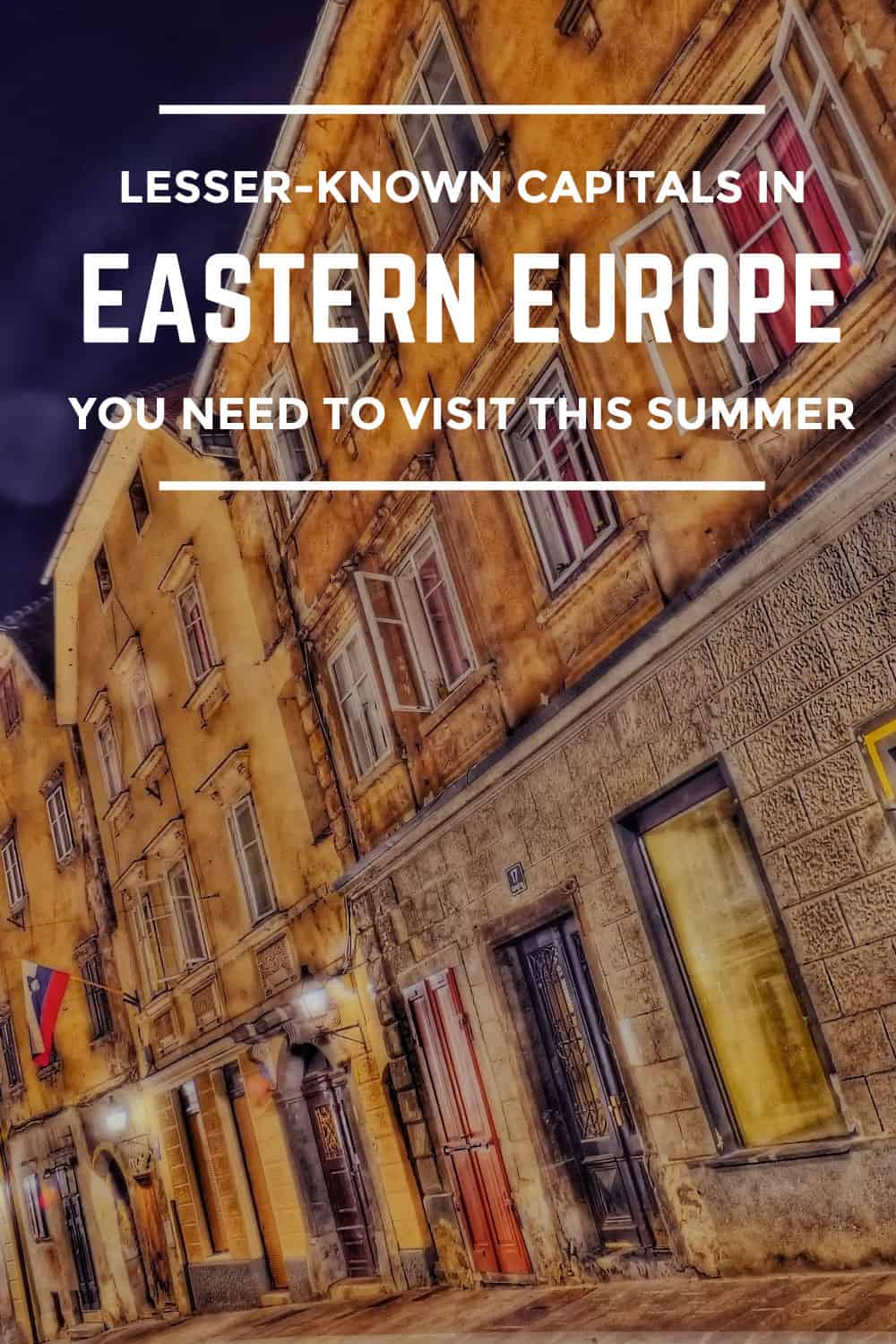 No, Ljubljana doesn’t roll easily off the tongue. But don’t let mispronouncing this tongue-twisting, pint-sized capital keep you from sticking it at the top of your summer travel plans.

There’s something special about visiting Ljubljana in the summer. As spring slips away, festival season swings into full force. Slovenians flock to the streets to shake off the winter blues with music, street performances, sunshine, and good company.

Besides the usual Ljubljana tourist attractions—Ljubljana Castle, Triple Bridge, Dragon Bridge, and Old Town—Ljubljana truly opens up in wandering the streets and enjoying the atmosphere. And if you wanted to crash for a couple extra days, there are plenty of amazing day trips from Ljubljana. Even without ever spending a night anywhere else, nearly all of Slovenia is at your fingertips. 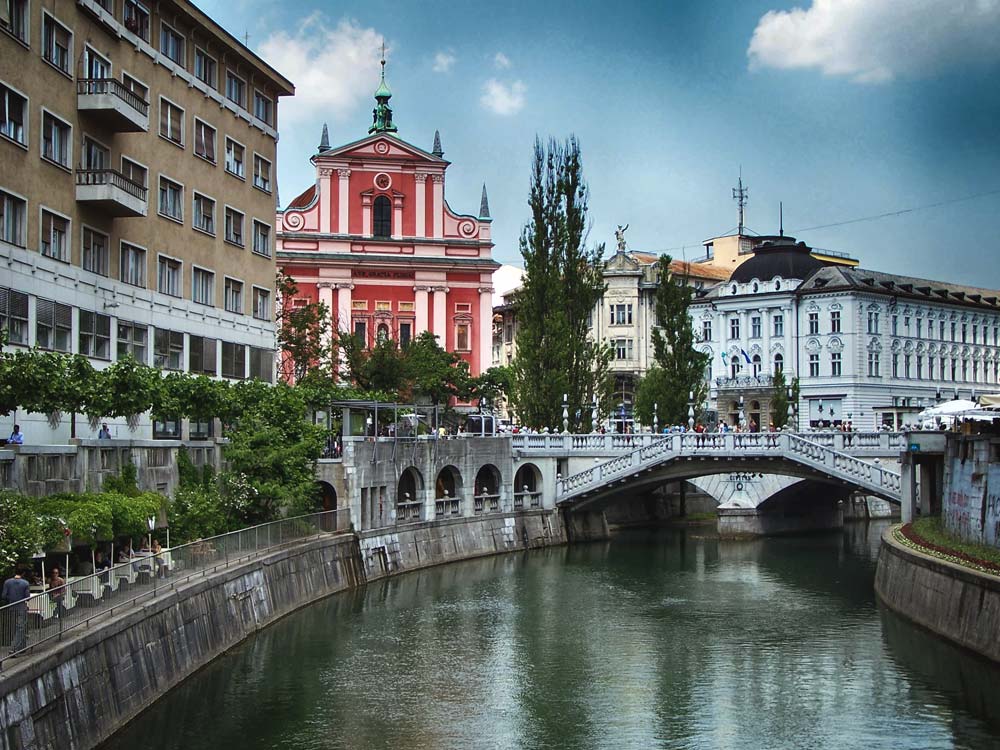 Insider tip: Spend a day relaxing or biking around Tivoli Park, Ljubljana’s most popular summer hangout spot. I also highly recommend taking a day trip from Ljubljana to Lake Bled, a crystal-clear glacial lake set upon the perfect backdrop of the Julian Alps. Not sure? Let me convince you to visit Lake Bled.

Where to Stay in Ljubljana

There’s no better place to stay in Ljubljana than the heart of Old Town. The quality of hotels in Ljubljana varies. Double-check reviews wherever possible!

My personal recommendation in Old Town Ljubljana is Ginger Rooms. While staying at Ginger Rooms, you’re just minutes away from Ljubljana’s most famous attractions including Triple Bridge (the street actually turns into it!) and Dragon Bridge. The rooms are clean and modern, not exactly a given in the heart of Old Europe.

No one ever accused Bratislava of being Eastern Europe’s most electric city. But don’t let that stop you from digging into Slovakia’s quiet and compact capital this summer. (Or in any other season—Bratislava’s one of Eastern Europe’s best winter destinations, too!)

Bratislava’s 18th-century Old Town is one of Eastern Europe’s most authentic city centres. And one of its quirkiest. Keep your eyes peeled for city’s unofficial bronzed mascots—Cumil, Schone Naci, Paparazzi, and even Napoleon—who you’ll find scattered among the cobbled alleys of Old Town in the shadow of Bratislava Castle. 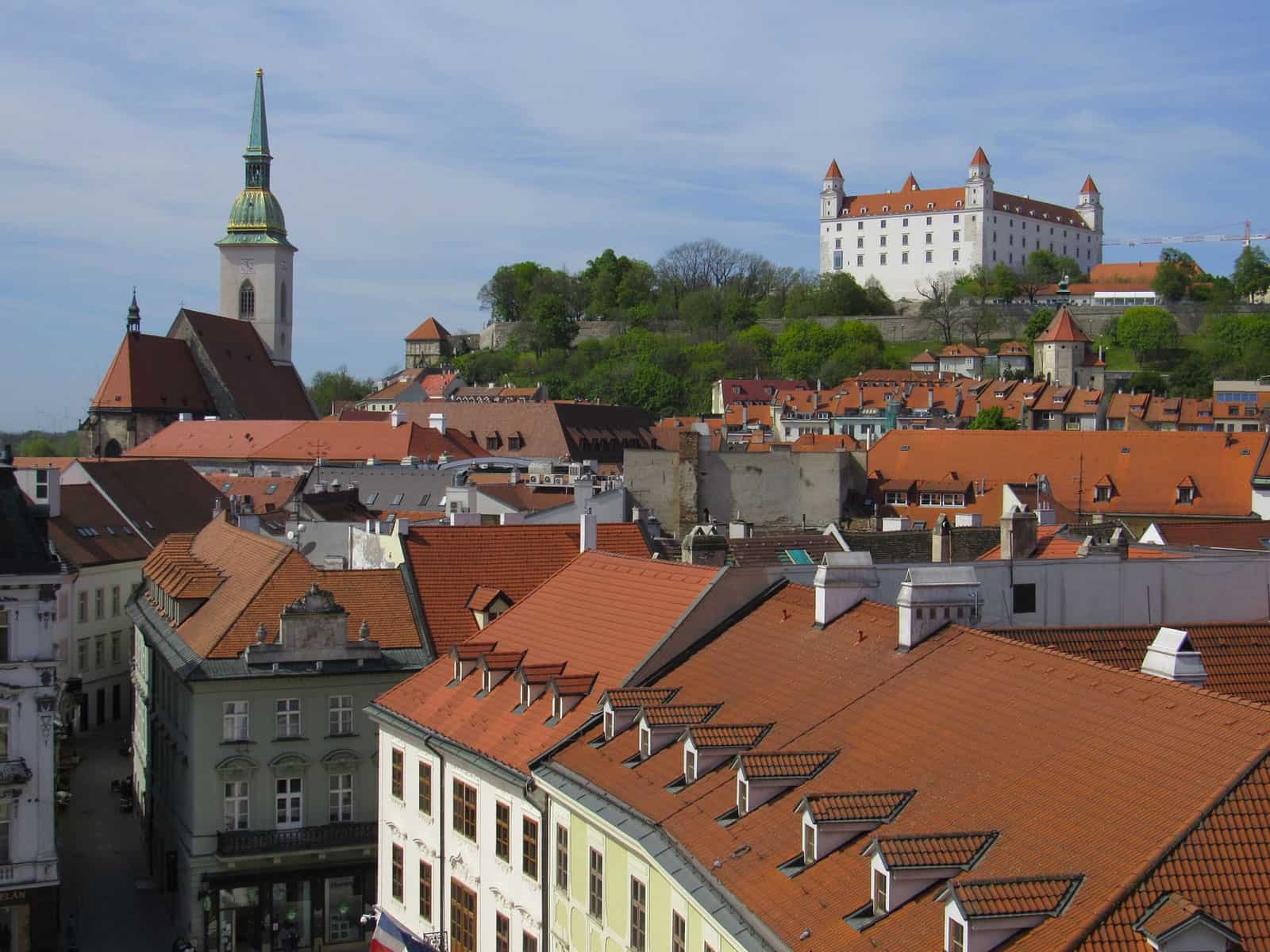 Insider tip: For a superb 360-degree view of Bratislava, walk across the Danube to Most SNP. This weird space-age bridge is also dubbed UFO Bridge for its characteristic UFO-shaped restaurant and viewing-deck. If prowling around museums is more your style, slip into the basement of Old Town Hall to check out the strange—but fascinating—torture exhibit at the Bratislava City Museum. (I mentioned Bratislava is quirky, right?)

Where to Stay in Bratislava

Hotels in Bratislava are spread throughout the city. Not much of a problem given how compact Slovakia’s capital is. For a hotel in Old Town though, it’s hard to beat Skaritz Hotel & Residence. Even though some of the decor a little dated, this hotel oozes with old Slovakian charm. Since Skaritz Hotel & Residence is so central, it books up quickly. You’ll probably need to book at least 2 months in advance.

Rolling into Sarajevo, the capital of beautiful Bosnia & Herzegovina, from anywhere else in Eastern Europe is like stepping onto a different continent. In Sarajevo, mosques outnumber churches, bazaars flood onto the streets, and muezzins fill the air with their call-to-prayer. (Think a little more Anatolia than Eastern Europe.)

See Also: Sarajevo: The Warm Heart of the Balkans

Sarajevo isn’t glitzy or glamorous, but raw and unpretentious. And that’s all part of its mystique. Sarajevo keeps you up at night wondering what makes it tick. Just two decades ago Sarajevo was one of the most dangerous places in the world. Yet, somehow, Sarajevo survived, pulling itself out of the longest siege in modern history to become one of Eastern Europe’s liveliest capitals. 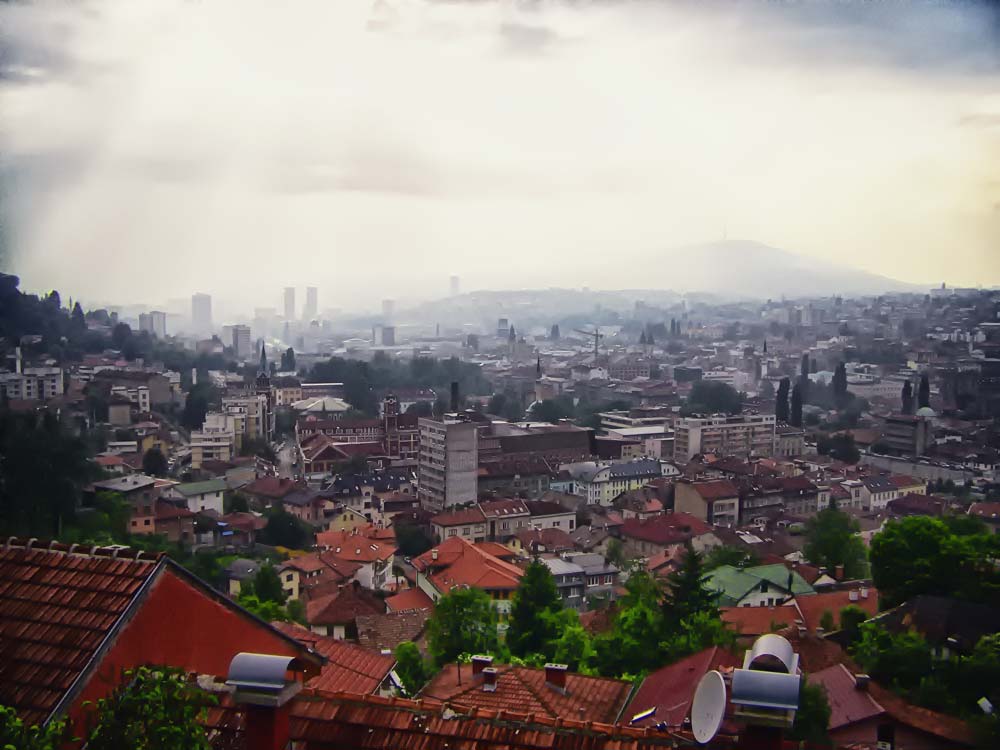 Insider tip: Cross south over the Latin Bridge, the infamous site of the assassination that provoked World War I. Contemplate history a bit before climbing into the hilly streets overlooking Stari Grad (Old City) to watch the sunrise. Finish your morning with a hearty burek from Buregdzinica Bosna in Baščaršija and a Turkish coffee at a sidewalk café.

Where to Stay in Sarajevo

Many of Sarajevo’s most interesting attractions are located in and around Baščaršija. I’d recommend finding Sarajevo hotels near here to get close to all the action.

Just down the street from the Sebilj Fountain, the heart of Baščaršija, is Halvat Hotel. If you’re looking for accommodations in the heart of Sarajevo with traditional Bosnian charm, this is it! The location could hardly be better. Close by are restaurants and bars, and all the burek your stomach can handle. Twin, double, and triple rooms are available.