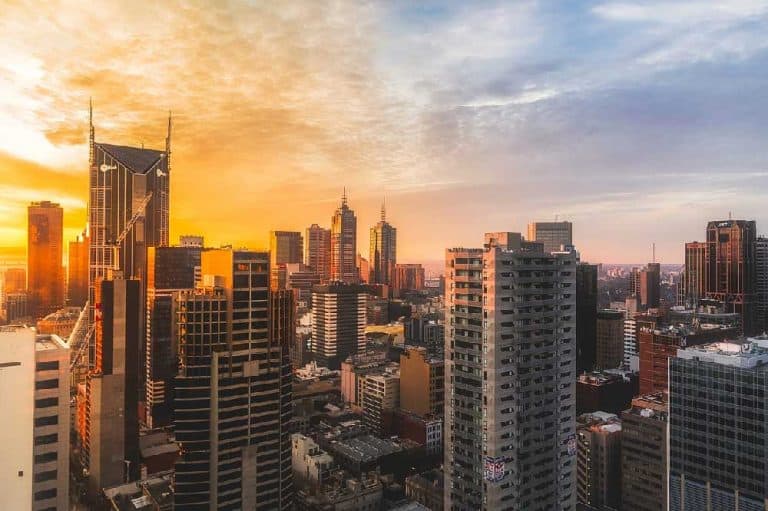 With one day in Melbourne, you don’t have time to see everything. It’s a massive city, sprawled across the coastline and surrounding landscape.

It’s become one of the best places to visit in Australia for younger travellers. It’s a lively city with several major nightlife districts. It’s also full of sports fanatics and a dynamic art scene.

Melbourne is considered the most ‘European’ of any Australian city. During the day, it’s a top destination for shopping and culture. The historic centre and hip neighbourhoods have dozens of boutiques to explore while the central business area has high-end shopping and malls.

Even if you spent a year in the city, you wouldn’t be able to see it all. Melbourne is a city of surprises that celebrates hidden gems and begs to be explored street by street.

Don’t know where to begin? Start planning your trip with this complete 1-day Melbourne itinerary.

What to do in Melbourne in 24 hours: A complete one-day itinerary

As with most of our city itineraries, this trip covers some of the top attractions and sights in the city. It also gives you a chance to experience the local culture, including its rich coffee culture.

It’s a large city, making it difficult to see every corner with just 24 hours in Melbourne. Luckily, it has convenient public transport. Jump on a bus, train, or tram to reach just about any point in the city.

You still won’t see everything, but you can see a lot. You’ll start the trip north of the central business district (CBD) and travel south through the centre of the city.

Watch koalas hang out at Melbourne Zoo and Royal Park

The zoo is a great place to start your trip around Melbourne in 24 hours, as you can view various species in their natural habitats. The zoo contains over 320 species of animals, including koalas and kangaroos. It also opens at 9 am, giving you plenty of time to see the rest of the city.

You should also arrive early and explore Royal Park. It’s the largest park in the city and houses multiple facilities, including the zoo. The south part of the park includes open areas and wide vistas that you can explore as you wait for the zoo to open.

While the zoo contains a mixture of species, the park is home to many native animals. You’ll see possums, ducks, and native birds as you walk through the rolling green hills.

The southern part of the park also has a nature playground for children. If you’re visiting with the family, the playground is a fun place to kill a few minutes.

To save time and energy, hop on a bus to travel from the zoo to Queen Victoria Market. Buses leave the zoo every 10 minutes from a stop near the entrance. It’s a short ride to the market, but takes about 40 minutes on foot.

The market is a necessary stop for your Australia itinerary. It’s the largest market in the city and the largest open-air market in the Southern Hemisphere. Originally opened in the 1860s, it covers two city blocks.

Browse over 600 stalls selling everything from food to clothing. It’s a great place to find bargains, antiques, and fresh produce. Pick up a few souvenirs or find something to eat. You can even get your hair trimmed at a barbershop.

Before you try to visit the market, make sure it’s open. It’s closed on Mondays and Wednesdays, but there is a night market on Wednesdays during the summer months.

Dive into the history of the region at the Melbourne Museum

After a trip to the market, it’s time for a history lesson at a museum. Walk east on Victoria Street until you reach Melbourne Museum. It’s a natural history museum containing various historical and cultural artifacts, located behind the iconic Royal Exhibition Building.

The exhibition building is used for various events and may not have anything going on during your visit. Walk behind the building to reach the museum.

The natural history museum includes dinosaur bones, a bug exhibit, and a skeleton of a pygmy blue whale, as well as several other exhibits and galleries. At the Melbourne Story exhibit, you can learn more about the history of the city, from the early 19th-century to the present day.

Stroll through the streets of Chinatown

By the time you finish touring the museum, you’ll likely need something to eat. Chinatown is a few blocks south and has many options for a quick bite.

Chinatown Melbourne isn’t very big. It covers a few blocks and has one main street. It’s a typical Chinatown street, with buildings painted in red, black, and orange. You’ll also see red lanterns hanging from lines above your head as you browse the shops and eateries.

Find a Chinese restaurant without a long line and order something to go. Enjoy your spicy chicken or egg roll as you inspect a few of the storefronts.

Experience how people lived in the olden days at Cooks’ Cottage

When you reach the end of Chinatown, head east to visit the historic home of James Cook. The famous explorer was the first to map the eastern coastline of Australia.

The cottage isn’t his home. It’s his parents’ home from a village in England. It was brought to Melbourne in 1934, moved brick by brick. The cottage quickly became a popular attraction and continues to draw visitors from all over, even though James Cook may never have lived in the cottage.

While the historical importance of the cottage is questionable, it’s an interesting site to visit. The inside contains various antiques and provides a glimpse into 18th-century living.

The cottage doesn’t take long to tour. After a quick trip through the interior of the cottage, walk south.

Cooks’ Cottage is a few blocks north of the Yarra River and the largest park in the city. Directly on the other side of the river, you’ll find Kings Domain. The sprawling public park holds various events throughout the year and contains several attractions. 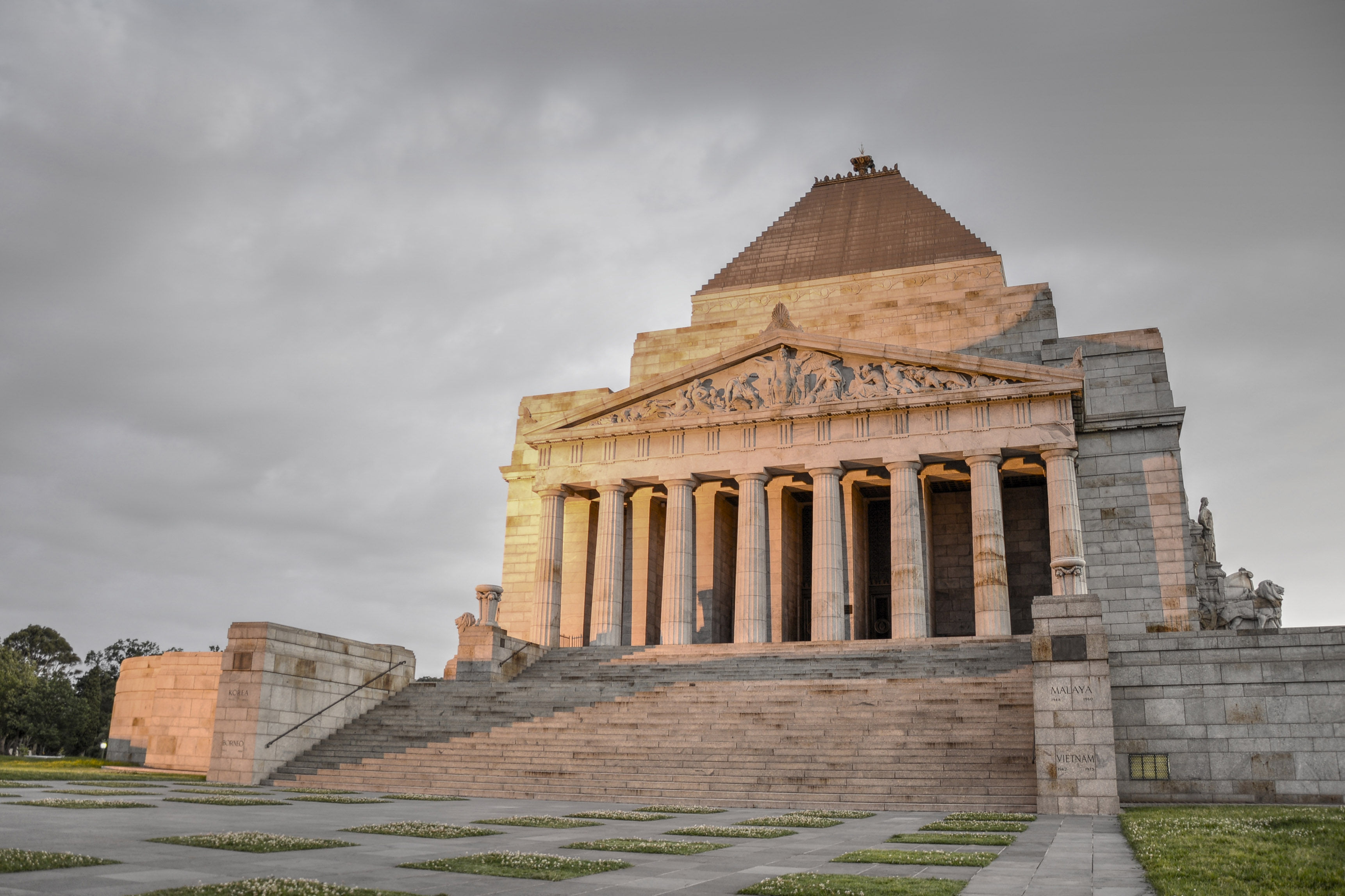 The southern portion of the park houses the Shrine of Remembrance and the Royal Botanic Gardens of Victoria.

You’ll start at the north end of the park after crossing Princes Bridge and passing the National Gallery of Victoria. The park includes a walking path that takes you through the scenic landscape.

As you walk past tall trees and dense foliage, you’ll come across wide-open areas and places to sit and rest.

You’ll eventually reach the World War I shrine and memorial complex. It’s a large stone monument with dozens of steps. If you climb to the top of the steps, you’ll get a better view of the park.

The Royal Botanic Gardens are to the east of the shrine. It includes a mix of native foliage located near the riverside.

If you want to see more exotic plants, stop inside the Tropical Glasshouse. It’s south of the gardens and provides shelter if you’re visiting during the colder months.

You could spend an entire day walking around Kings Domain. As you’re trying to see Melbourne in one day, try not to lose track of time strolling through the park.

When you emerge from the park, start walking back toward Princes Bridge and you’ll see the towering Eureka Tower in the distance. 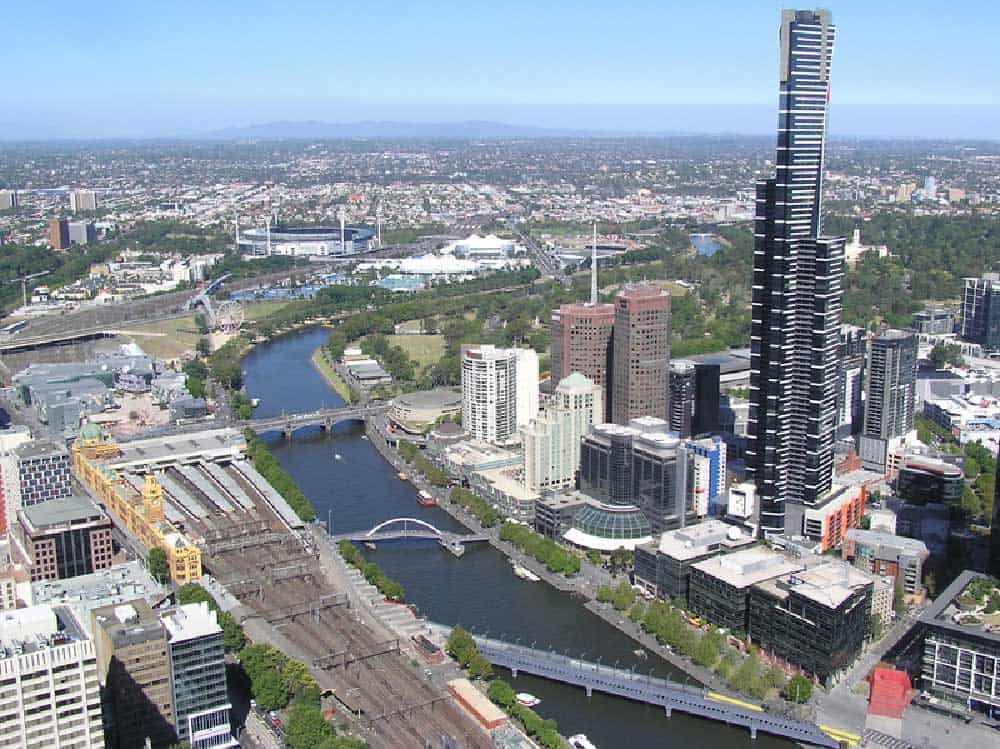 A trip to the top of Eureka Tower is one of the top things to do & see in Melbourne. You’ll get a better view of the city, but may want to skip the high-priced food at the Skydeck restaurant.

The Skydeck is on the 88th floor of the building, but the elevator ride only takes seconds. The observation deck stands over 280 metres above the ground. On a clear evening, you can see most of Melbourne.

The Skydeck has 30 viewfinders positioned near the windows and several binoculars that you can use to find some of the sites that you visited earlier in the day.

When you reach the ground floor, it’s time to finish off your Melbourne itinerary with local food and drinks. The tower is right next to the Yarra River and a wide variety of waterfront restaurants, bars, and pubs. It’s near Princes Bridge, taking you across the river and back into the CBD.

You can find establishments on both sides of the river to explore. One of the best ways to find somewhere to eat or drink is to simply go for a walk. Stroll along the waterfront area on either side of the river and look for a place that seems to have the right atmosphere.

On the weekends, you’ll typically hear live music spilling out of some of the restaurants and clubs. If the sounds don’t appeal to your ears, keep walking until you find a suitable spot.

If you’re too tired after a long day of sightseeing, skip the food and drinks and enjoy the nighttime view of Melbourne from Princes Bridge.

Where to stay: The best hotels for 24 hours in Melbourne

As the second-biggest city in Australia, choosing where to stay in Melbourne isn’t always easy. For most travellers with a short layover in Melbourne, the central business district (CBD) is the best place to start your accommodations search. Here are a few ideas…

Beyond Melbourne in one day: More Australia itineraries