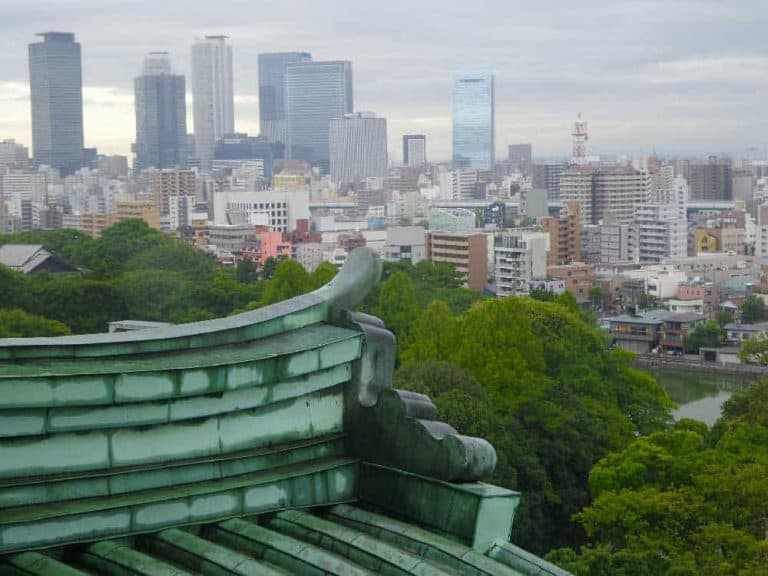 The home of pachinko, Nagoya offers a great combination of cultural attractions and urban development. With one day in Nagoya, you can visit a lot of interesting sites, from an historic Japanese castle to a modern theme park.

While it’s one of the biggest economic centres in the country, many people overlook Nagoya.

Skipping a trip to Nagoya is missing out on one of the best places to visit in Japan. It’s a sprawling urban city that continues to thrive, despite not receiving the same recognition as Osaka and Tokyo.

Not sure where to begin? Plan your visit with this wide-ranging 1-day Nagoya itinerary.

Where to go in Nagoya in 24 hours: A complete 1-day itinerary

As usual, with our one-day city itineraries, we try to include destinations that best represent everything the city can offer. Unfortunately, it’s hard to cover all 326 square kilometres in a single day.

With just 24 hours in Nagoya, you’re going to miss out on a few things. There are dozens of world-class museums, science centres, parks, and shrines. You could spend several days in the city and still not see it all.

You’ll still get to experience Nagoya culture and learn more about the history of the city. There’s also the chance for shopping at major commercial districts and exploring nature.

PRO TIP: Want to navigate Nagoya like a pro? Hook yourself up with a Japan Pocket WiFi Rental for your trip! The router rental includes unlimited 4G LTE data and delivery (or airport pick-up) from several locations around the country.

Start your trip with breakfast outside of Nagoya Station

To see as much of Nagoya in 24 hours as you can, start at Nagoya Station. It places you near the centre of the attractions. 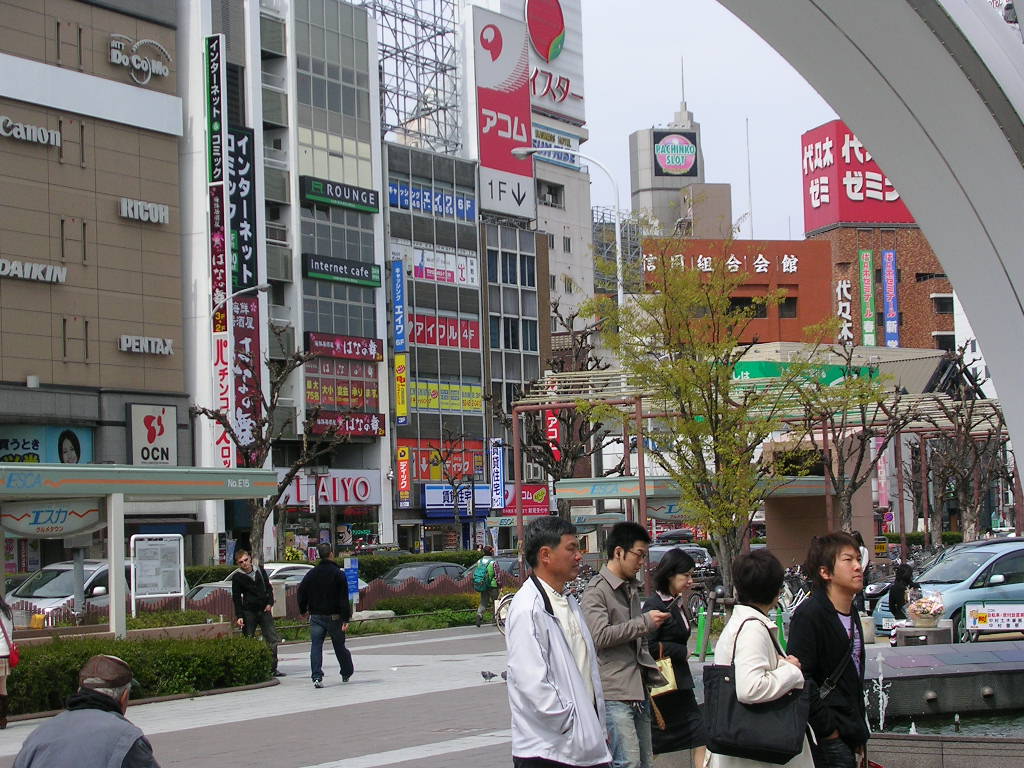 The station is more than just a spot for catching the bus and beginning your walking tour. You can also find a place to eat breakfast at any of the many cafes, bakeries, and restaurants housed inside.

Nagoya Station even has a department store and a hotel inside the twin towers that rise over 50 stories.

The entrance to the commercial section of the station is on the first floor. When you get off the train, explore the area, and find a place to eat before continuing your journey.

PRO TIP: Want to dig into Nagoya’s culinary scene? Join in on the Nagoya Endoji Food & Cultural Tour! The two-hour tour visits some of Nagoya’s most interesting sites while giving you a taste of some of the city’s most-coveted treats.

Visit the Toyota Museum of Industry and Technology

Walk or ride the train north to the Toyota Museum of Industry and Technology. It’s one of several Toyota museums in the city. 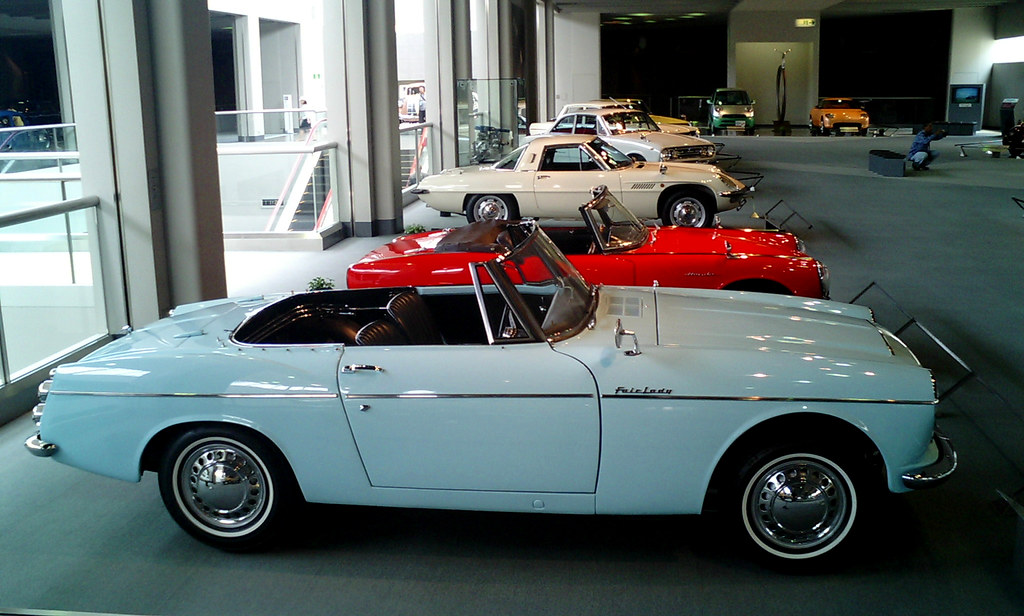 Visiting the various Toyota sites is one of the top things to do & see in Nagoya. Unfortunately, you’ll just have time for this one museum during this trip. Luckily, it’s the more interesting one to visit.

Nagoya is the home of Toyota, and the company maintains a major presence throughout the city. At this museum, you can learn more about the history of the company.

Some of the main things to check out include the old vehicles and the fully preserved factory that built the first Toyota automobiles and early textile machinery.

It’s an interesting way to discover how Toyota transitioned from the textile industry to cars and trucks.

As with most of the museums in Nagoya, this place has enough amenities to keep you there all day. There is a museum shop, library, café, and restaurant on-site.

Check out the latest renovations of Nagoya Castle

The Nagoya Castle is the main destination for any Nagoya itinerary and your next stop after the Toyota Museum. It’s directly east of the museum and takes about 10 minutes on foot. 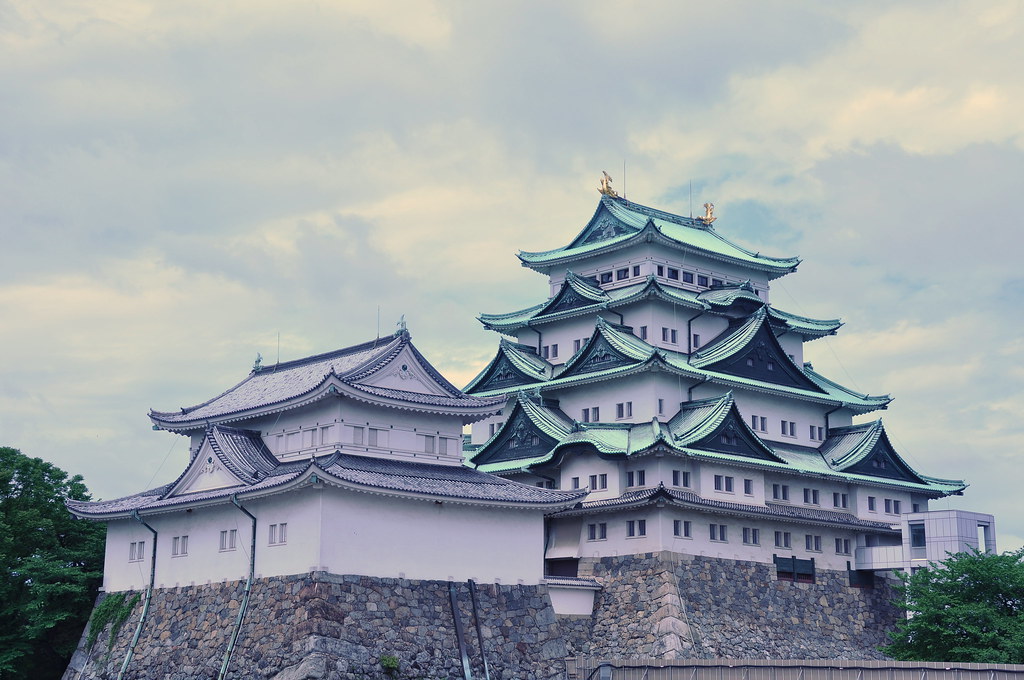 When you reach the castle, you’ll likely see construction. The city is in the middle of renovating parts of the castle.

In fact, the castle may be closed when you get there. If it’s not open, you can still explore the grounds and look at the latest construction. The grounds and Honmaru Palace remain open.

The grounds include several squares, a storehouse, gates, gardens, a teahouse, and watchtowers.

Honmaru, or Hommaru Palace, is just south of the castle and within the gates. It was also recently renovated but was reopened in 2018, so it should be open when you visit.

If you visit in August, try to stay for the summer festival. The city puts on various displays and attractions, including Edo period firearms. It also boasts and exciting night market.

Exit the castle grounds and head east on Route 215. It’s one of the main roads, and it takes you straight to Tokugawa Garden.

Like many attractions in Nagoya, the original garden was mostly destroyed during the war, only to be rebuilt in the following decades.

The sprawling Japanese-style garden features a long path around a large pond surrounded by carefully cultivated plant life. It’s a tranquil setting and a great place to spend an afternoon.

Appreciate the unique landscape as you stroll along the paths. Besides trees and flowering bushes, the grounds include rock gardens, a stream, and a waterfall.

The large network of trails takes you around a tea house and across several bridges. The best time to visit is during the spring or autumn when the greatest number of flowers are in bloom.

Right next to the garden is the Tokugawa Art Museum. During your one-day itinerary, you may not have time to stop at the museum unless you’ve made it through the garden by midday.

If you think you can squeeze it in, stop inside the museum. The displays contain thousands of ancient relics.

PRO TIP: Want to experience the best of Nagoya in less time? Join a professional guide on the Half-Day Nagoya Morning Tour to uncover the city’s samurai legacy and history including a stop at the Tokugawa Garden & Museum!

Grab a bite while shopping at Sakae

When you tire of walking around Tokugawa, it’s time for a little stroll through the centre of the city. Take the main road heading south from the garden until you reach the packed Sakae commercial district.

This downtown shopping district is loaded with retail and entertainment establishments. It’s an energetic area and always full of people.

Sakae includes several notable Nagoya attractions, including Ikeda Park, Nadya Park, and the Aichi Arts Center. While you’re in the area, stop and grab a bite, or do a little shopping.

There are two massive department stores in this district. You could spend all day at Matsuzakaya or Mitsukoshi and Lachic. These sites include multiple floors of commercial space, filled with trendy shops and cafes.

Walk on the Floating Glass Roof at Oasis 21

As you walk around trying to see all of Nagoya in one day, you’ll occasionally see the top of this next destination. 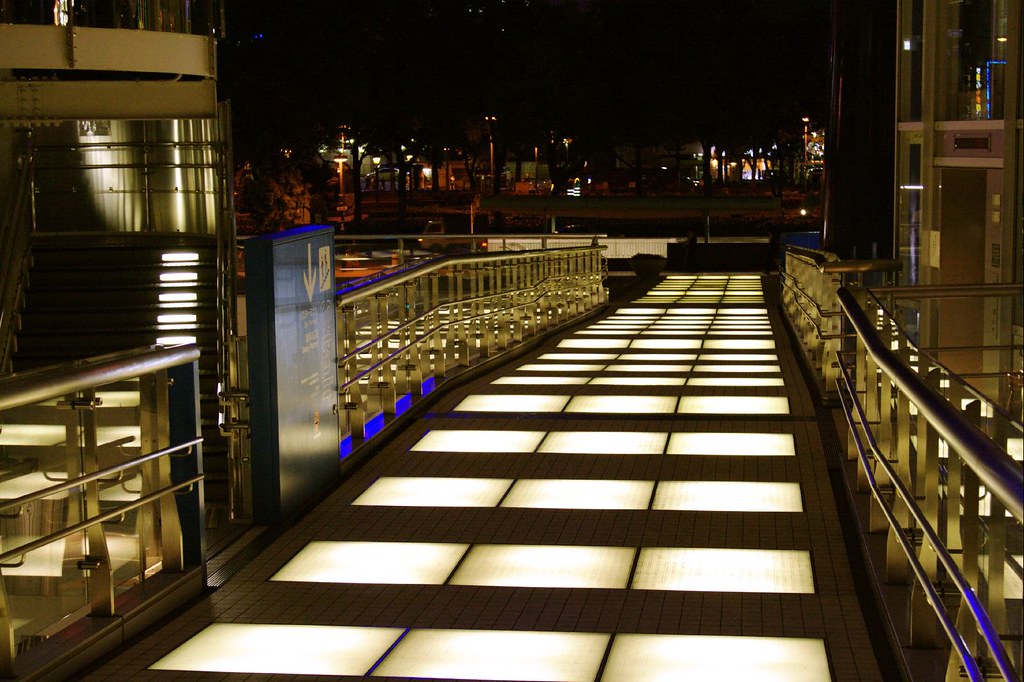 Oasis 21 is a new development near Sakae Station. It’s a commercial area and public attraction, with most of the structure built underground.

It includes restaurants, shops, and a bus terminal, making it a busy spot in the middle of the city. The real reason to visit is the roof.

The top of the building features a large oval glass roof that appears to float above the ground floor. It’s filled with water to help create a neat visual illusion while also keeping the underground shopping centre cool.

When standing on the roof, you also get a panoramic view of the cityscape. You can check out the skyscrapers and the impressively tall Nagoya TV Station Tower.

When you get back to the ground after walking on the roof of Oasis 21, walk one city block south to the gates of Osu Kannon Temple. 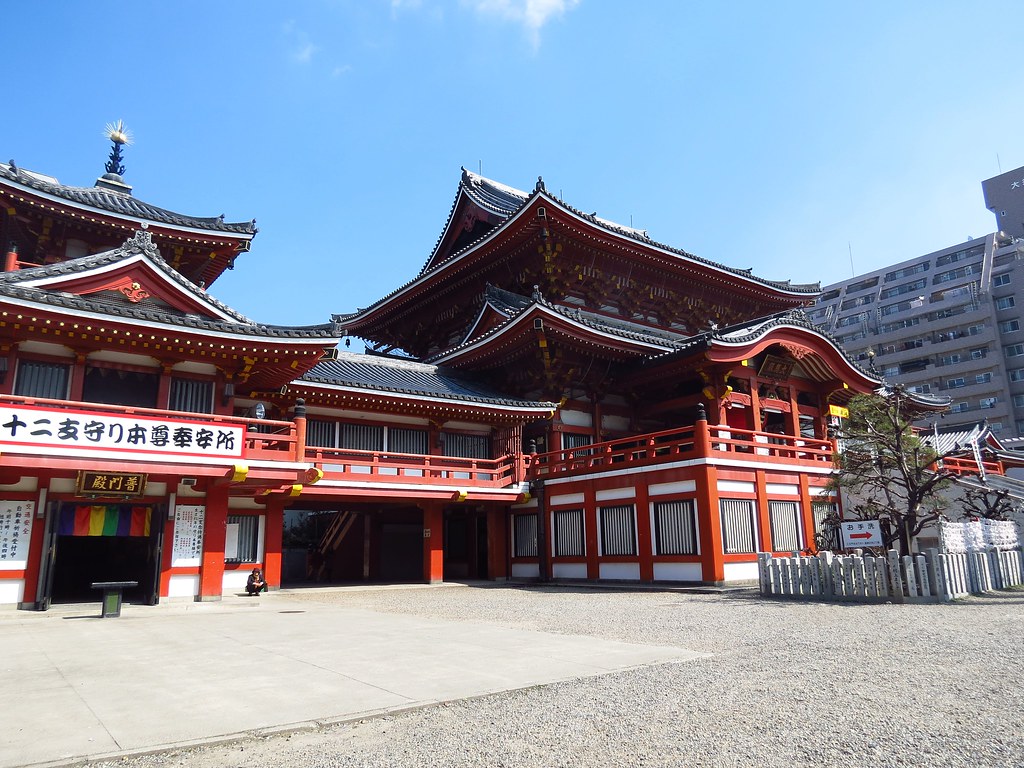 This Buddhist temple was built in 1333 and partially destroyed during the war. It’s been rebuilt and looks fantastic.

The main hall includes a large red paper lantern that hangs from the ceiling. Visitors can write out their wishes on small pieces of paper then tie them to the strands of the lantern.

Besides granting wishes, the temple also holds a lot of history. The temple is home to about 15,000 historical Japanese and Chinese manuscripts. While you can’t check the books out, you can look at the ones that are on display.

If you’re visiting on a certain date, you might note that the city holds a street fair outside the temple on the 18th day of each month. It’s a great chance to experience local customs and shop for antiques.

Just outside the gates of the temple is another of the major shopping districts in the city. Osu Shopping Street, which some call Osu Shopping District, covers several of the city’s blocks and includes over 1,200 businesses. 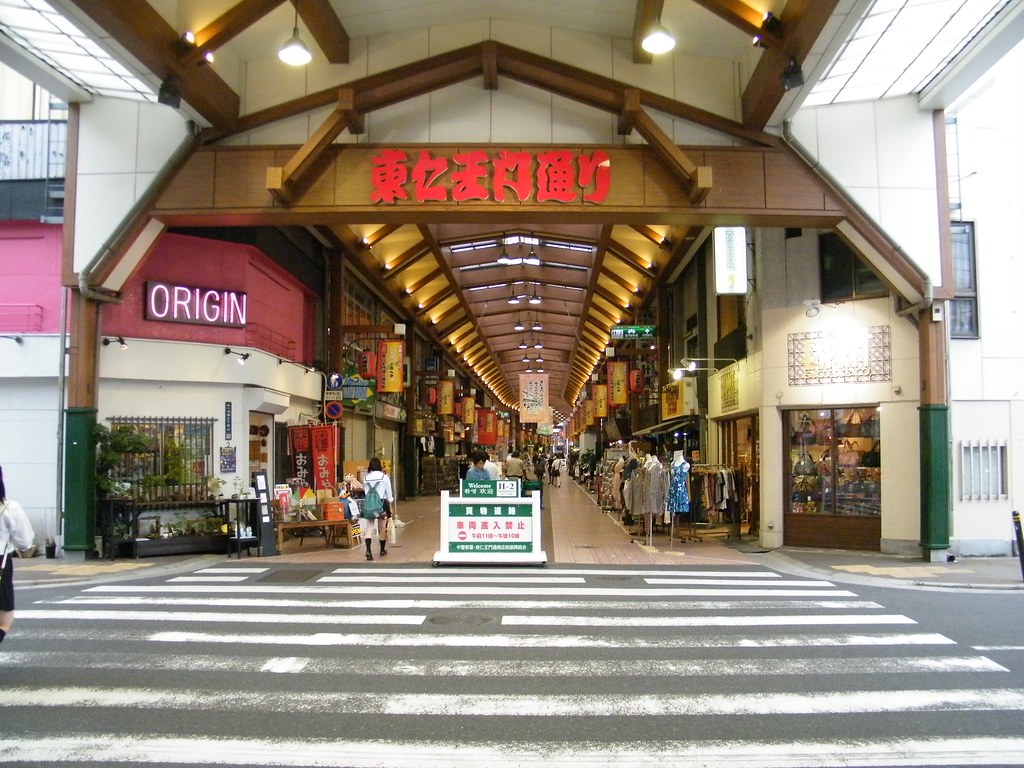 When you first reach this commercial district, you’ll likely get a little dazed from the dizzying array of colourful posters and signs outside of every store.

The area is bright, busy, and full of interesting shops. You can search for inexpensive electronics, unique toys, and manga. The street also contains a few maid cafes, where the staff all dress in maid costumes.

As a major commercial area, Osu also contains numerous restaurants and bars. If you don’t want to be served by a maid, try sushi or noodles at any of the fine establishments in this shopping district.

This 24-hour trip covered a lot of ground but didn’t include a few other notable attractions, such as the Railway Museum, Tokugawa Art Museum, and Atsuta Shrine. If you have time for a longer Japan itinerary, come back and explore more of Nagoya.

Where to stay with 24 hours in Nagoya

Not unlike other sprawling Japanese cities, sorting through all of the best places to stay in Nagoya can sometimes cause even the most patient of travel planners some anxiety due to the sheer volume of choice.

For this Nagoya itinerary, I’d suggest narrowing your accommodations search down to the city centre. Naka Ward is a particularly good choice thanks to its proximity to some of Nagoya’s top attractions and excellent transport connections.

Here are a few ideas to start your search…