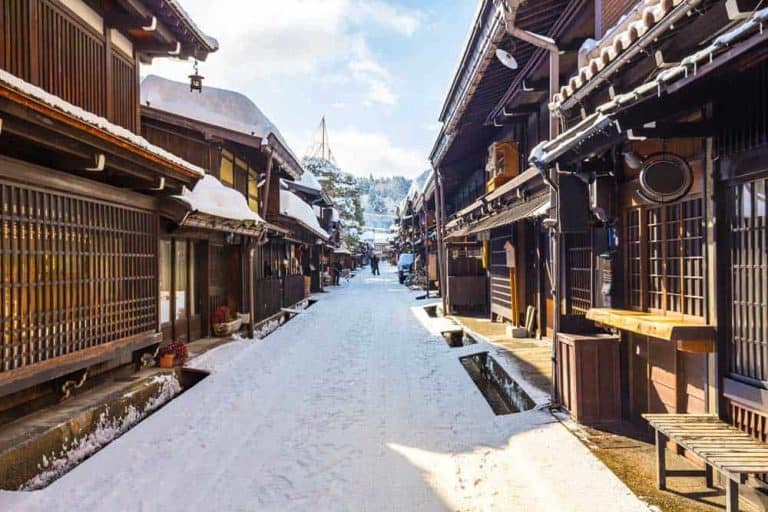 Interested in what Japan looked several hundred years ago? Take a trip to Takayama.

Old traditions are alive and well in Takayama. Beside the narrow streets of Takayama you’ll stumble upon wooden houses built in the Edo period. In fact, the entire old town area remains beautifully preserved, making it one of the best places to visit in Japan for history buffs.

The laid back atmosphere and traditional touches make the city a relaxing destination, but how should you spend just one day in Takayama? While the city has a relatively small population, it’s spread out over 2,000 square kilometres; this makes it ever more important to know where to go and what to do before you arrive!

Need help planning your trip? Get started with this complete 1-day Takayama itinerary…

What to do in Takayama in 24 hours: A complete one-day itinerary

With only 24 hours in Takayama, you may think that you won’t get to see much. Luckily, as with all our one-day city itineraries, this journey covers some amazing sights.

Takayama covers the largest geographic area of any city in Japan, but the top attractions are in and around the historic old town.

You can travel down the historic shopping street, visit temples, and even go for a rickshaw ride through the streets. You should also get the chance to travel outside the old town to visit a preserved folk village.

PRO TIP: Want to navigate Takayama like a pro? Hook yourself up with a Japan Pocket WiFi Rental for your trip! The router rental includes unlimited 4G LTE data and delivery (or airport pick-up) from several locations around the country.

Start at the centrally-located Takayama Station

To see as much of Takayama in 24 hours as you can, you’ll start at Takayama Station. This starting point allows you to orient yourself, as the subway stations provide the easiest way to get around the city. 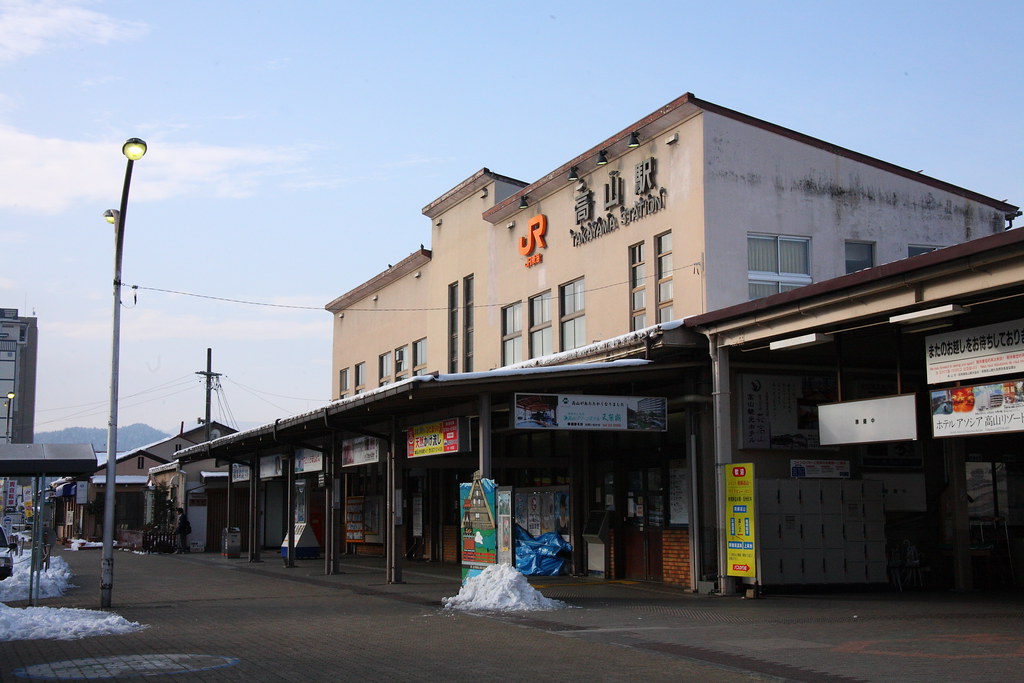 There’s also an information centre outside the station. Stop inside and grab a couple of street maps to help find your way around the city. It’s also a good place to ask questions if you need help navigating Takayama.

If you haven’t already withdrawn money from an ATM for shopping, dining, and admission to some of the sites, stop at the convenience store right near the station.

You may also want to grab a cup of coffee or a light snack before heading out. It’s going to be a full day with lots of walking. If you’re visiting during the summer, it’s also going to be hot and muggy, so you’ll want to quench your thirst every chance that you get.

PRO TIP: Want to start your day off right? Join in on the Takayama Food & Culture Walking Day Tour and let a professional guide introduce you to the city and its culinary traditions!

From the station, walk one block to your north, reaching Kokubunji-dori Street. Walk east and cross the river. In about 20 minutes, you’ll reach the Sanmachi-suji District. 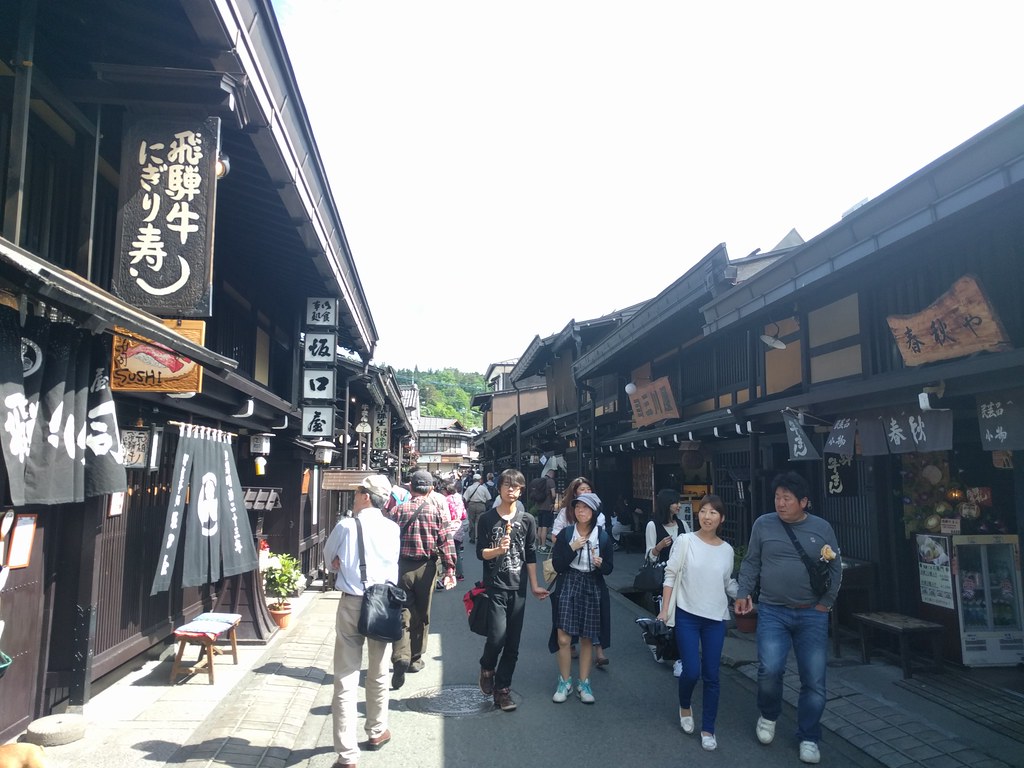 If you don’t feel like walking for 20 to 30 minutes, you can also take the subway or bus to the nearest station.

Getting to the district as early as you can will help you beat the crowds. By mid-morning, the narrow streets get quite packed with tourists and locals.

Any Takayama itinerary should include a stop in this area. It’s the historic old town in the centre of the city. Try to spend at least an hour browsing the various shops and marvelling at the architecture of the historic buildings.

The area probably looks almost exactly as it did over a hundred years ago. Most of the buildings are either from that period or reconstructed to match the turn-of-the-century style.

The street has been recently paved, but it’s still narrow. On each side, the street is flanked by the traditional buildings, including a mixture of residential and commercial development.

One door may lead to a home while the next leads you into a small café or restaurant.

PRO TIP: Looking to see more of the city in less time? Book yourself onto the 3-hour Takayama City Bike Tour and pedal your way through the city’s top sites alongside a professional tour guide!

Learn about the craft industry at Yoshijima Heritage House

It only takes a few minutes to reach the next destination from the historic district. You’ll know that it’s time to move on when the streets of the Sanmachi-suji District fill up with tourists. 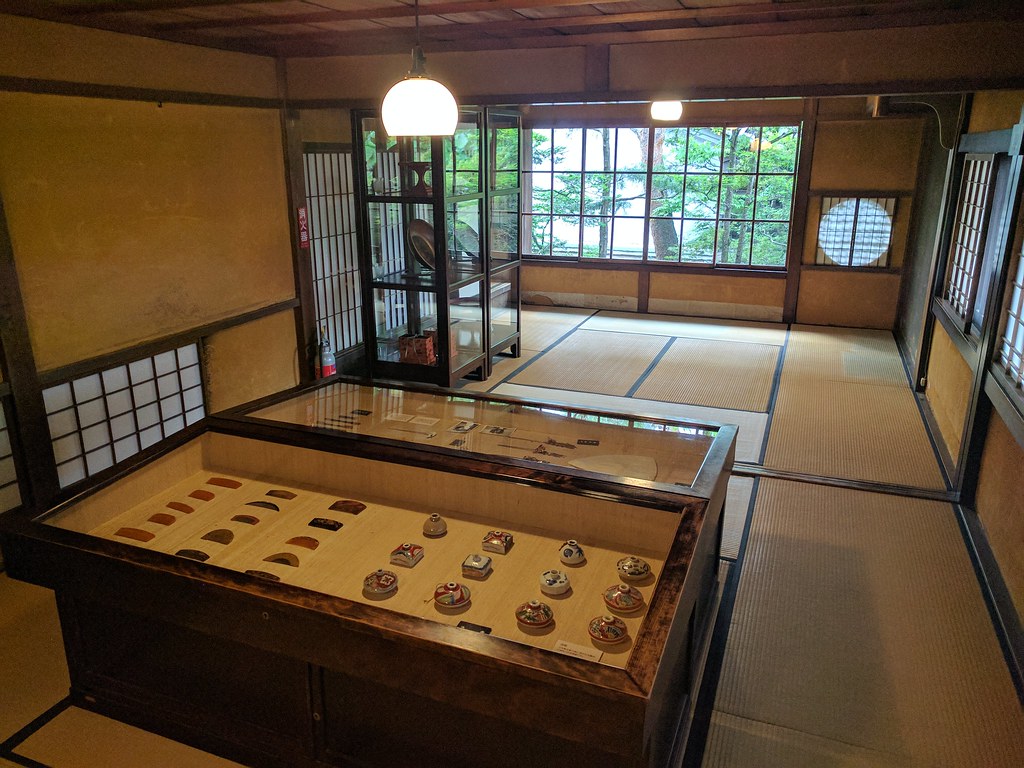 The interior of the house provides a look at the life of an ancient samurai or merchants. You can view old furniture, weapons, kitchen utensils, and other items used by citizens back in the day.

After touring the heritage house, you may have time to check out the Kusakabe Folk Crafts Museum. It’s another heritage house that is just a few minutes walk from the Yoshijima spot.

The two heritage houses belong on any Japan itinerary, as they’re important cultural sites. The second one is both a preserved house and a museum, with displays showcasing how local crafts were made.

When you finish touring the museum, you can walk out back and receive a cup of green tea served with a rice cracker.

This is also a good time to grab lunch, as the tea and cracker are unlikely to fill your stomach. You’ll find several restaurants right around the two heritage houses.

If you can’t find anything that perks your taste buds, walk back to the historic district for a greater selection of lunch options.

Whether you ate lunch in the historic district or near the heritage houses, it’s just a short walk up to the Sakurajima-Hachimangu Area, where you’ll find the Takayama Festival Floats Exhibition Hall. 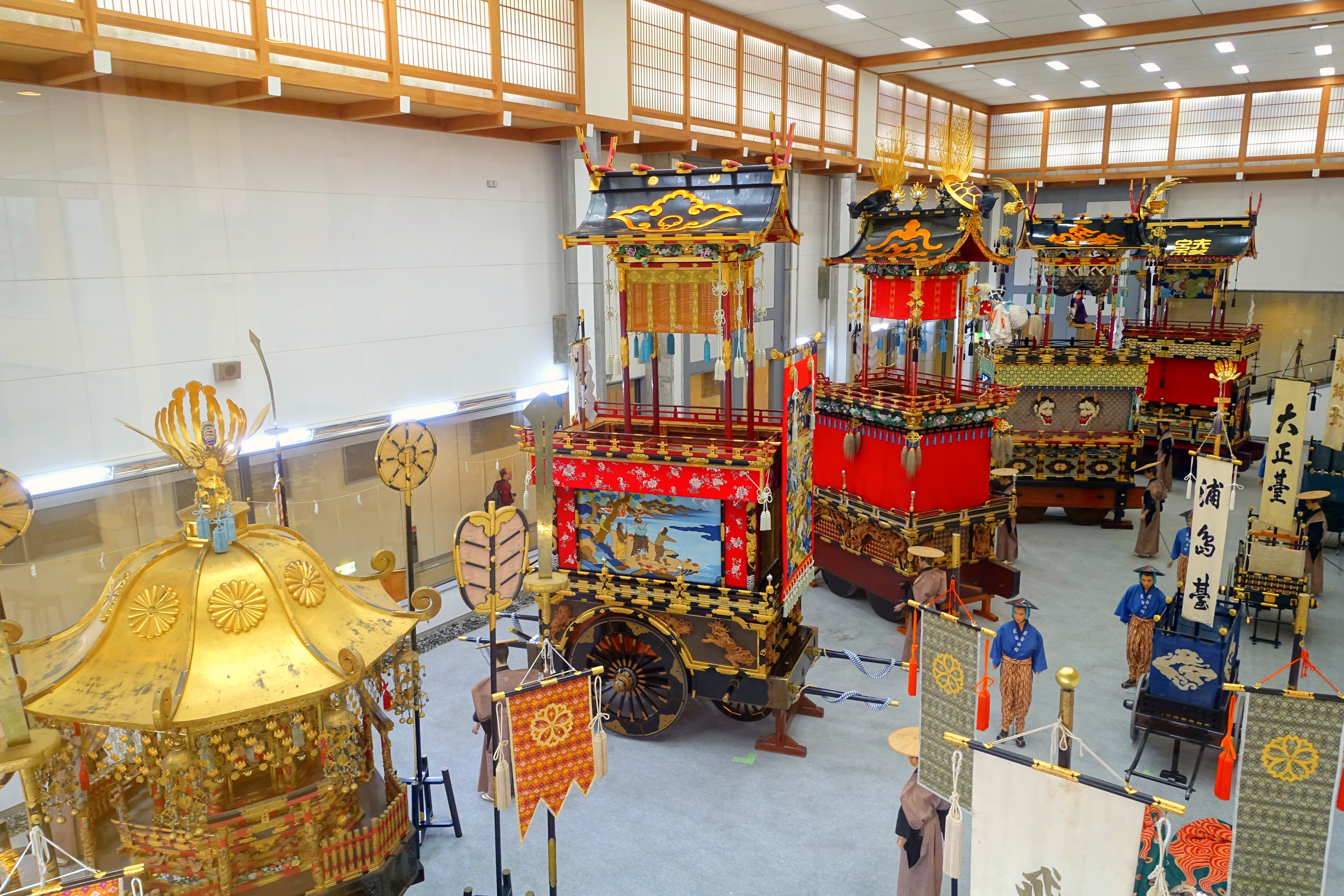 The Takayama Matsuri Festival is one of the top things to see & do in Takayama. Unfortunately, the city only holds the festival twice a year for a total of four days.

The first festival occurs in April, with the second event in October. If you visit outside of these two dates, you can still check out the floats at the Exhibition Hall.

The Exhibition Hall is open all year. It also houses several of the floats until the next festival, giving you a chance to see them up close.

If you want to learn more about the festivities, watch the short video presentation that plays at the Exhibition Hall. You can experience the excitement as floats travel through the centre of the city, without needing to visit Takayama during the festival seasons.

Whether you visit during the festival or simply visit the Exhibition Hall, you’ll find yourself just a block away from one of the most important shrines in the region. 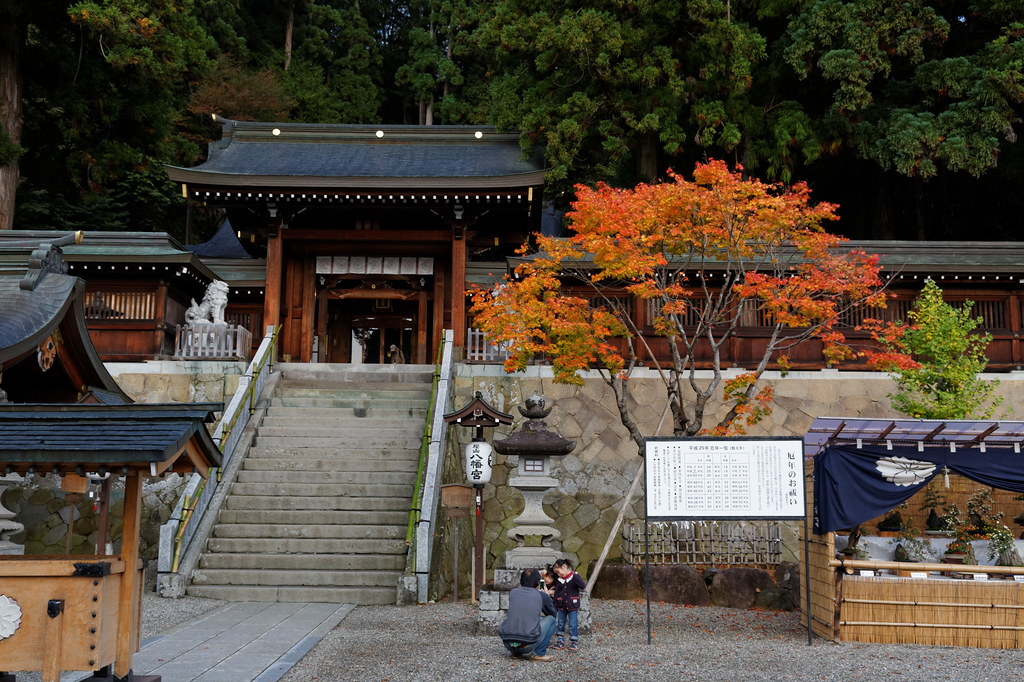 The Sakurajima-Hachimangu Shrine is located nearby on the top of a hill. As there are many other shrines in the region, you may get lucky and find yourself alone. This spot rarely gets the same traffic compared to the shrines found off the walking course, which you’ll visit next.

The shrine stands out for its large courtyard in front of the doors. The grounds include a massive stone torii gate flanked by lanterns. At the top of the steps to the shrine, you’ll need to pass two lions standing sentry.

The interior includes a lot of beautiful old artwork. This is one of the more relaxing stops on your itinerary, making it easy for you to lose track of time. You’ve still got more to see, so don’t spend too much of your time there.

To reach your next destination, you’ll need to cover quite a bit of ground. Luckily, there’s a station right near the shrine.

Hop on the subway and travel to the start of the Higashiyama Walking Course. The course is a paved path that takes you through a rural part of the city and past several notable temples and shrines.

The walking course is self guided, allowing you to stop and explore the shrines at your own leisurely pace. If you walk the entire 3.5-kilometer path, you’ll pass cherry trees, woods, and nice views of the snow-peaked mountains.

Keep in mind that the path isn’t fully paved. You should wear comfortable walking shoes, especially if it has recently rained, as the rain creates lots of puddles.

It’s up to you whether you should stop at the shrines along the path. If you’ve made good time, you can probably stop at least one without getting too far off track.

PRO TIP: Want to save time on your Takayama itinerary? Join in on the Takayama City Bike Tour that’ll draw you through the city’s coolest attractions including Yamazakura Shrine and Hida Kokubun-ji Temple!

Travel back in time at Hida no Sato

Hopefully, you should still have enough time for one last stop. If it’s still before evening, take a bus two kilometres west of the walking course to reach Hida no Sato. 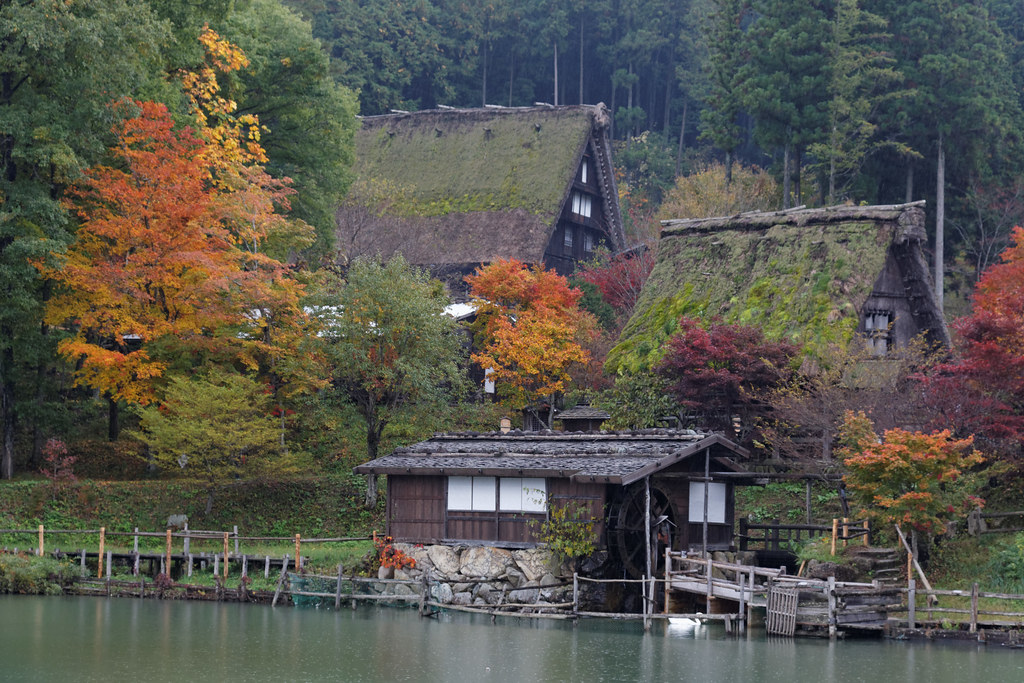 Hida no Sato offers more opportunities to explore traditional Japanese houses. Unlike the historic district, the houses in this open-air museum were originally built elsewhere.

The city had several historic homes carefully moved and reconstructed on open land near the river. It’s a picturesque destination. In fact, you’ll find photos of this preserved village on many postcards at the local gift shops.

By the time you finish walking past the old thatch-roof houses, the sun should be setting. You’ve gotten to see most of Takayama in one day, but it’s now time to head back.

Take the subway back to Takayama Station. From there, you should have no problem finding your way back to your lodgings. If you’re still up for a late night, the area around the station offers a wide selection of bars and clubs.

Where to stay: The best hotels for 24 hours in Takayama

Looking for some of the best places to stay in Takayama? If you’ve only got one day in the city, you’ll likely want to narrow your accommodations search to the areas around Takayama Station, Central Takayama, and Sanmachi-suji. You can’t go wrong with any of the following top hotel picks…