Getting ready to land at Incheon International Airport in Seoul? The quickest way get into the city is to hop on the fast & efficient Seoul AREX, an express train that wastes no time in zooming you to the city centre!

Seoul’s Airport Railroad Express (AREX) has shuttled passengers between Incheon Int’l Airport and Seoul Station since 2010. In less an hour from station to station, you’ll quickly be on your way to checking into one of the top hotels in Seoul and starting to launch your Seoul itinerary.

How to get from Incheon Airport to Seoul Station: A complete guide to the Seoul AREX

It’s amazing to think that less than a decade ago getting into central Seoul from the airport meant either being stuck in traffic on a bus or text, or taking on a series of complicated bus and subway connections. No longer. 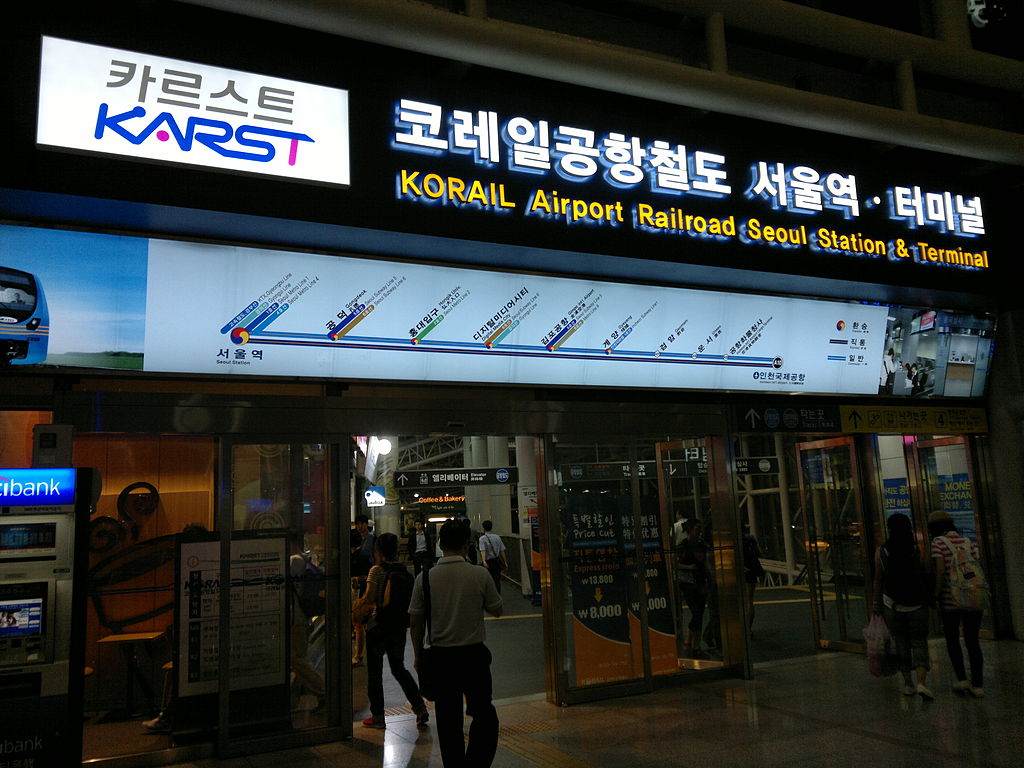 Once the Airport Railroad Express (AREX) opened its extension to Seoul Station in December 2010, getting into Seoul from Incheon Airport became an absolute breeze.

Two types of trains currently zip along the AREX line:

Which train you’ll choose will depend entirely on how quickly you want to get into Seoul, what amenities you’re looking for—and how much you’re willing to spend.

As the name implies, the AREX express (non-stop) train is the quickest way into Seoul. The train does the entire journey from Incheon International Airport Terminal 1 to Seoul Station in just 43 minutes.

Trains run from ICN every 30 minutes starting at 5:23am with the last train leaving at 10:48pm. From Seoul Station to ICN, the first train leaves at 6:10am while the last departs for the airport at 10:50pm. 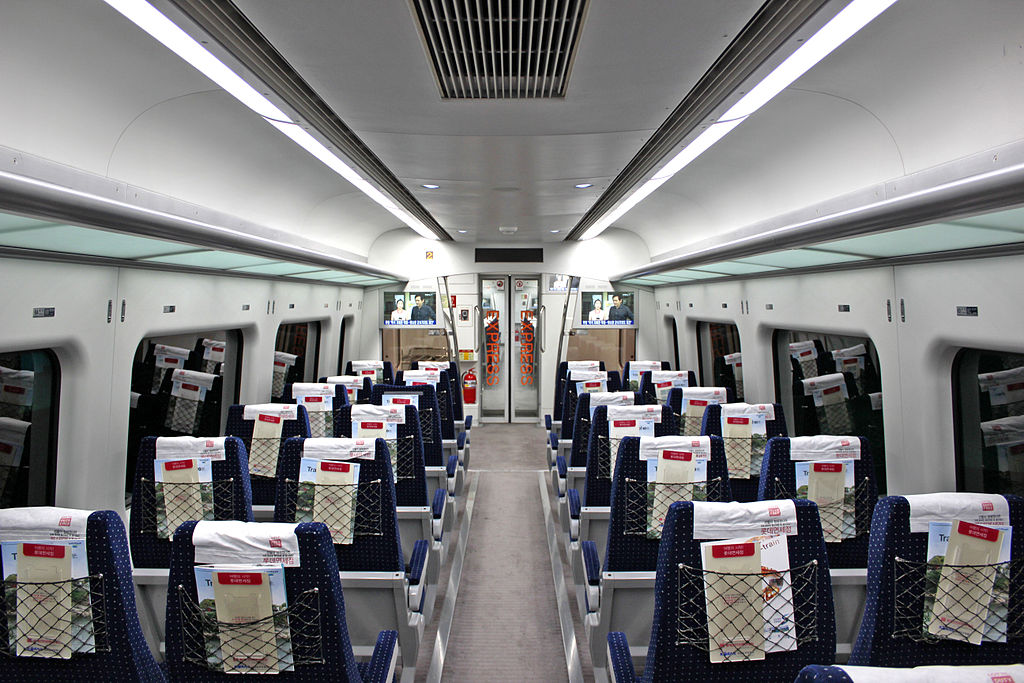 A ticket for the AREX express train costs ₩9,000 plus a ₩500 deposit for a single-use travel card. There’s an additional one-way supplement of ₩100.

TIP: If you’re flying with Korean Air, Asiana Airlines or Jeju Air, you can get a discounted price of ₩6,900 for your AREX ticket. There’s also a group discount. For 4 people or more, you’ll pay just ₩7,500 per person.

Although it’s more expensive, the express train is far more comfortable than the regular commuter train. Unlike the regular subway, there’s room for your luggage here. You can place your carry-on luggage in the overhead racks and your larger check-in luggage at the compartments provided near the train cabin doors. There’s also free onboard WiFi for passengers.

For travellers not hell-bent on getting to Seoul Station in a hurry, the commuter (all-stop) train is another good option. In fact, depending on where you choose to stay in Seoul, it might be the better of the two options.

The commuter trains run more frequently than the express train, leaving Incheon International every 23 minutes from 5:25am until about 11:57pm. From Seoul Station, the first commuter trains to ICN depart at 6:00am with the last leaving at 11:20pm.

Although the journey time of 59 minutes is a tad slower than the AREX express trains, it’s much cheaper. At just ₩4,150 to Seoul Station (cheaper for intermediate stations), the all-stop trains are a great option for budget travellers or anyone needing to transfer to Lines 2, 5, 6, or 9 rather than the KTX or Lines 1 & 4 at Seoul Station.

Where to buy Seoul AREX tickets

There are several places to buy AREX tickets at both Incheon Airport and Seoul Station: 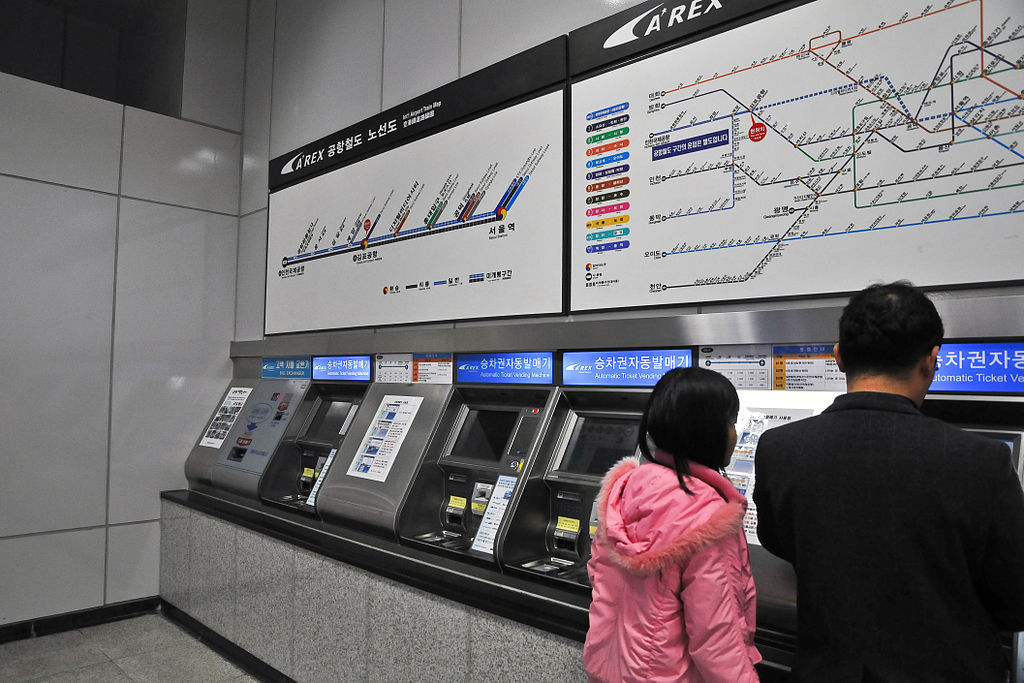 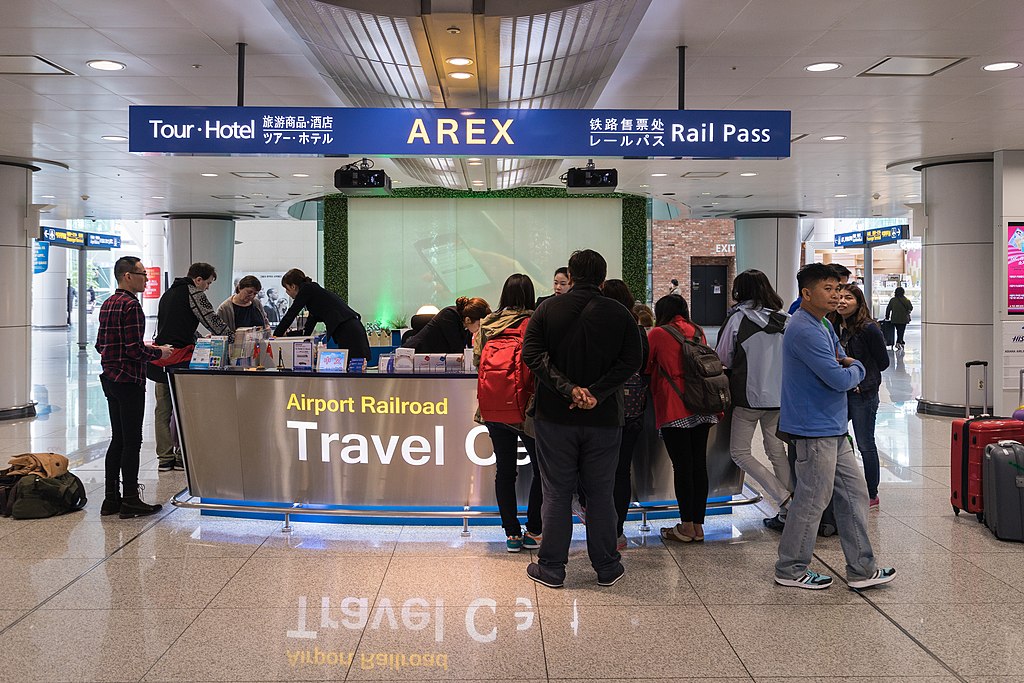 TIP: There’s a ₩500 deposit on single-use AREX ticket cards. Find the deposit machines located outside of the exit ticket scanners at your destination to get your deposit back.