Old Town Tallinn’s medieval façade fools wannabe knights-in-shining-armour into believing they’ve found a new home for their quirkiness. But unless you’ve snagged a tourism job with a centuries-old uniform requirement, keep your sword sheathed and your chain-linked muscle shirt in your backpack or risk getting trampled by the horde of football fans slamming beers in Town Hall Square.

Despite what you’ll read—well, almost anywhere else—fairytale isn’t quite the right adjective to describe the capital of Estonia. It’s got too much edge for that. And until someone finds me a storybook town with a local watering hole called “Hell Hunt,” I’m sticking to my story. (Coincidently, the name means “Gentle Wolf,” but let’s just ignore that.)

Finding medieval towns in Europe is about as hard as stumbling upon a coffee shop in Seattle. But like the Farrelly Brothers’ Mary, there’s something about Tallinn.

Want to make the most out of your visit? Check out these suggestions for how to spend 24 hours in Tallinn and this complete guide for where to stay in Tallinn!

Maybe it’s the street-side architecture, whose Hanseatic roots and steeply sandwiched roof peaks betray the city’s age, or the city walls and watchtowers, still fit for protecting kings against invaders, that give Tallinn the power to strike visitors’ imaginations. But it’s more than sensory seduction; it’s knowing that you’re wallowing in a place where some seriously intense shit went down. For centuries. 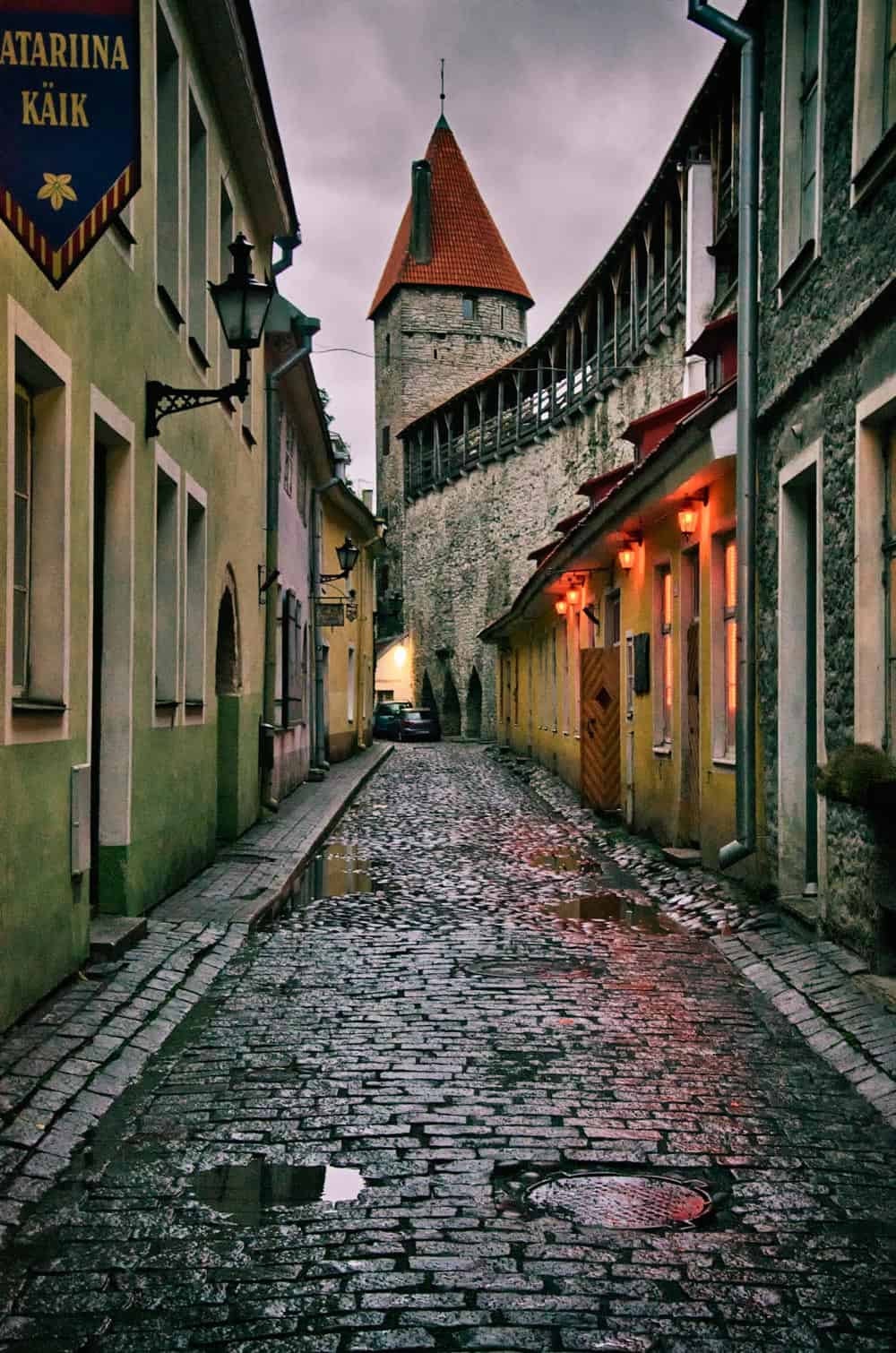 Although the medieval antics of Old Town Tallinn are, these days, mostly for show, it’s an enjoyable spectacle, mixed with moments that don’t seem so calculated. For every tourist-centric establishment like Olde Hansa or Hell Hunt, a dozen others, geared towards Tallinners, have sprouted up. Locals embrace Old Town: They live it, and they love it. To them, Old Town isn’t just a Disneylandish bubble existing only to please visitors—it’s a source of national and local pride, and a neighbourhood as vibrant as any in Tallinn.

Perhaps my title was misleading: You can’t compare Tallinn to a renaissance fair. No hastily-constructed food stalls or goofy costumes stitched together in your mom’s basement could ever match the joy of exploring a living and breathing old town like Tallinn. Even nerds are welcome.