If you want to make the most out of your trip to New Zealand, check out the best things to do in Auckland. It’s the largest city in the country and the commercial centre.

Auckland is consistently on the list of one of the world’s most livable cities, and visiting it you’ll see why. With lots of green spaces, and a layout that makes it easy to explore, Auckland is great for both locals and visitors.

While the city has endless shopping and dining options, some of the top Auckland attractions are just outside the urban sprawl. Built between two harbours and surrounded by dormant volcanoes, Auckland has a distinct landscape and one of the biggest parks in the region.

Not sure what to do in Auckland? Round out your itinerary with this guide to the best places to visit in Auckland…

What to do in Auckland: Top attractions & best places to visit

Bungee jump from the platform near the top of Sky Tower

A trip to the Sky Tower stands out as one of the best things to do in Auckland for fun and excitement. When you get to the observation deck, you’re treated to a 360-degree view of the city. You’ll also find a gift shop, restaurant, and café with expectedly high prices. 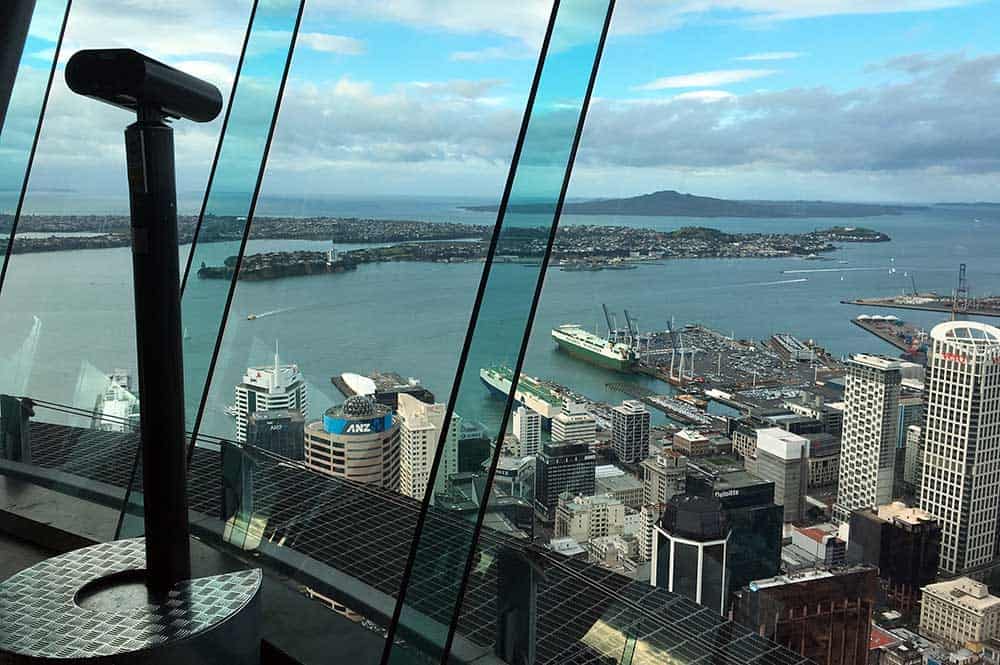 Thrill-seekers may want to try the bungee jump. As you jump, you can try to spot the various Auckland attractions in the distance. If you’re not feeling that adventurous, the tower also has a Sky Walk. The Sky Walk takes you around the observation deck on a glass-bottom platform.

Auckland Domain is a massive park built around the site of a dormant volcano. It’s the oldest park in the city and one of the top Auckland points of interest. Walk through a sprawling forest covering over 200 acres.

The park also has a few special features. You can follow a trail that takes you past a variety of massive outdoor sculptures or you could stop for a picnic and feed the ducks. 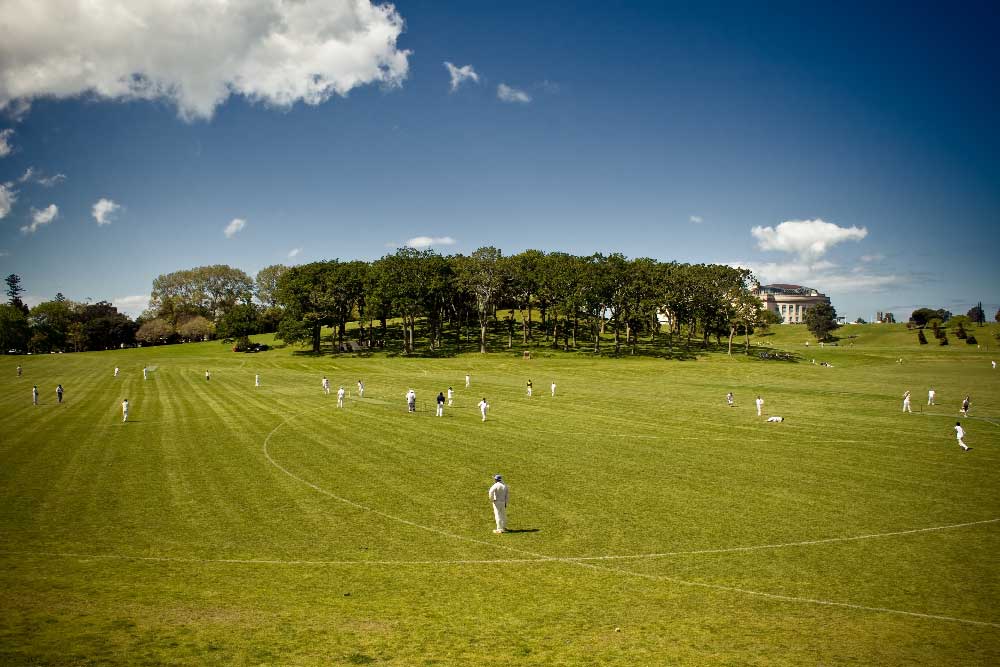 As you walk around the crater of the volcano, you’ll eventually reach the Auckland War Memorial Museum. The museum is one of the most visited attractions and home to a variety of exhibits chronicling the military history of New Zealand.

Watch a variety of native and exotic animals frolic, eat, and sleep at the Auckland Zoo. The animals are the top things to see in Auckland and the zoo provides the perfect place to view them. The zoo has over 135 different species of animals including elephants, monkeys, and various other protected species. 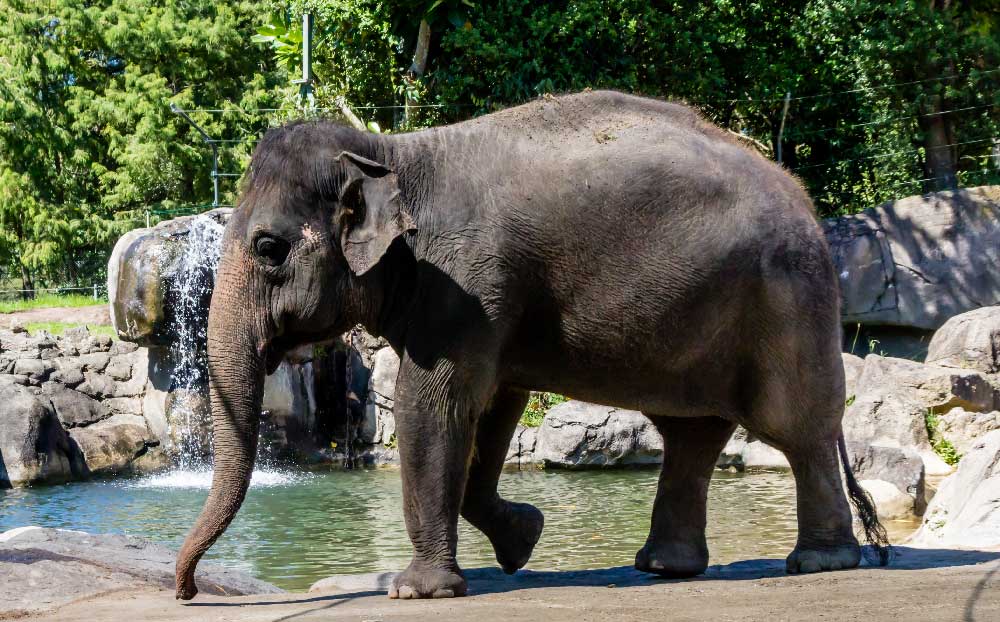 The zoo is divided into exhibition areas based on the region of origin for the animals. The African region has zebras, ostriches, and giraffes in a wide-open field that you can view from an elevated boardwalk. Other regions include South East Asia, South America, and Australia.

Spend the day sipping wine by the beach on Waiheke Island

If you enjoy fine wine, ferry over to Waiheke Island to tour the vineyards. As with many of the top points of interest in Auckland, the island is a short trip away from the city centre. Of course, the island has more than just wine. Get your adrenaline pumping on zip lines, or try kayaking and cycling.

There’s even a large nature preserve. Relax on the beach or browse the vineyards and olive groves once you’re done exploring the surrounding area. 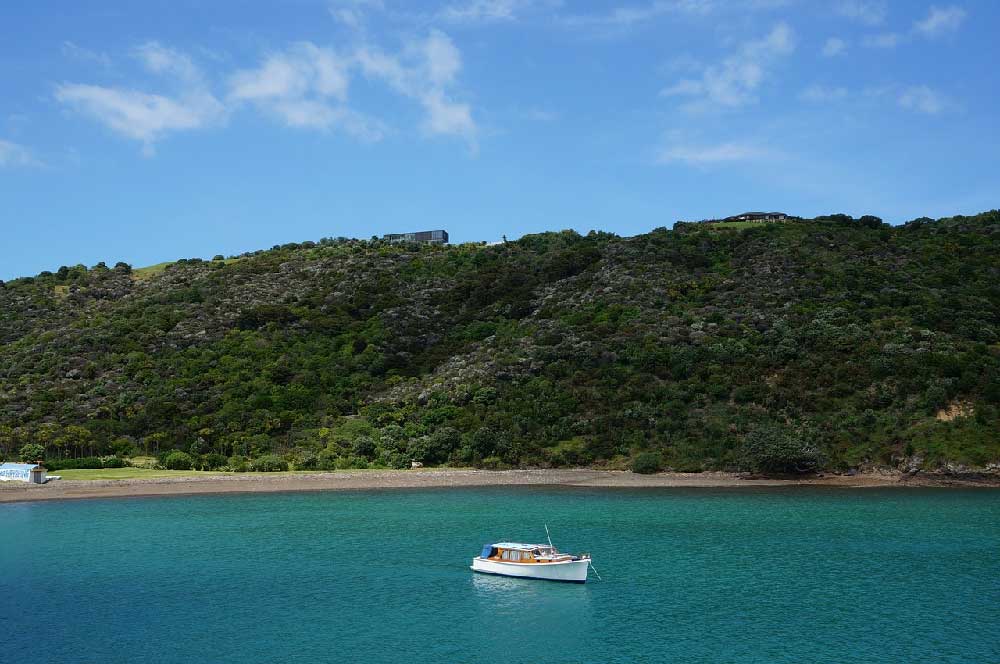 Waiheke Island is one of several islands that you may want to add to your Auckland sightseeing tour. For tubing and hiking, visit Rangitoto Island. For pristine beaches and relaxing seclusion, head over to Motuihe Island.

Shop amongst upscale and boutique shops on Queen Street

Don’t know where to go in Auckland for shopping? Try Queen Street. It’s one of the main shopping districts in the city, full of department stores and smaller boutiques. You’ll also find the city’s town hall, a large cinema, and several markets. Queen Street is one of the pricier destinations in Auckland. The retailers in the area include high-end clothing shops and fine dining establishments. 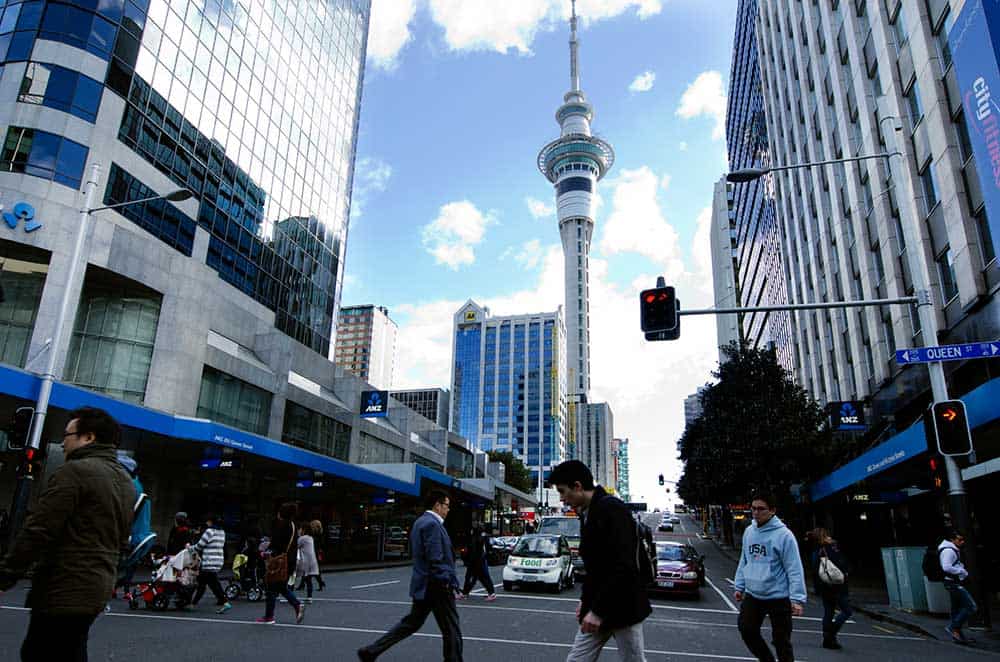 Several attractions are found on and around Queen Street. As you browse the windows of the pricey shops, check out the early 20th-century architecture. The street contains the Queens Arcade, a neoclassical building from the 1920s.

Walk the waterfront and view superyachts at Silo Park

Built on a former industrial site, a trip to Silo Park is one of the best things to do in Auckland for travellers of all ages. Adults should enjoy the waterfront area with views of yachts and the harbour. Kids should have fun jumping and running through the playground. 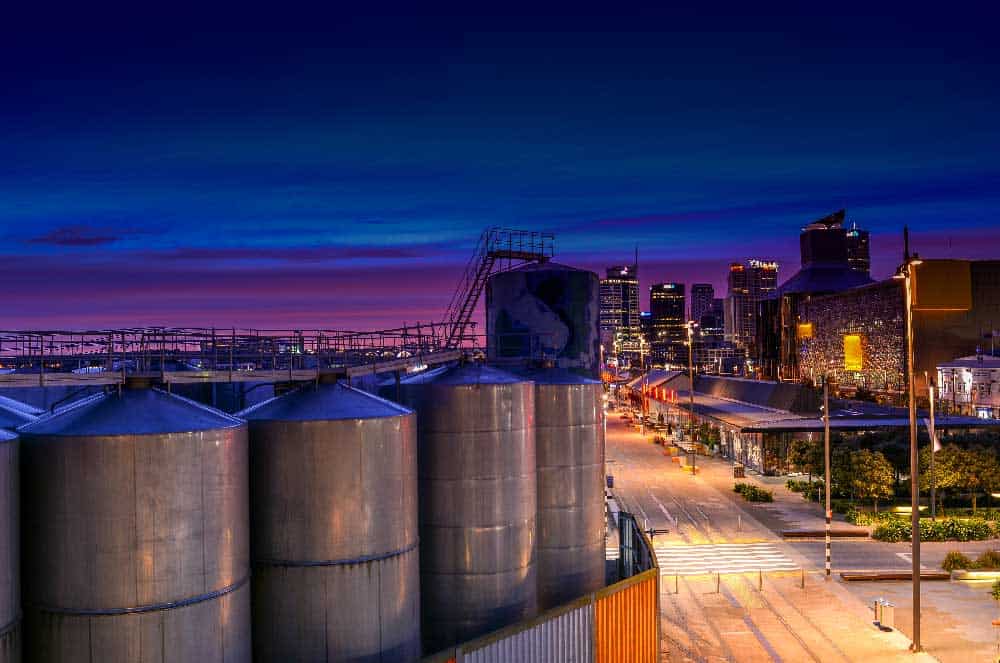 The park is a refreshing destination with a cool ocean breeze in the evening and a wide variety of attractions. If you visit during the summer season, you’ll likely find an event or exhibition in the park. The city hosts over 50 events throughout the summer months, including festivals and artisan markets.

View the beauty of New Zealand at the Auckland Botanic Gardens

The Auckland Botanic Gardens give you a chance to view native plant life without leaving the city. It’s one of the best places to visit in Auckland when you grow tired of the busy streets. Pop inside to surround yourself with a mixture of tropical plants and exotic ecosystems. 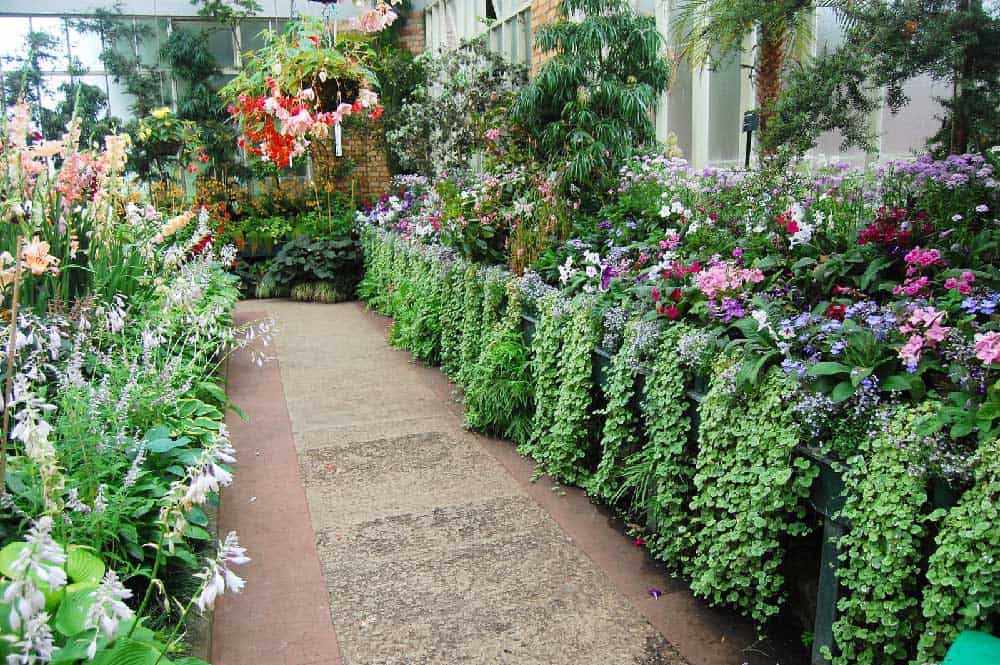 As with the Auckland Zoo, the Auckland Botanic Gardens are divided into different regions. The gardens include areas dedicated to African succulents, edible plants, exotic flowers, unique herbs, and native plants. One of the best features is the native forest with trails that take you through a small rainforest. If you’re travelling with kids, make sure that you check out the Potter Children’s Garden with bright, colourful flowers and fun activities.

Rainbow’s End is one of the top tourist attractions in Auckland. It’s a theme park with over 20 rides and dozens of attractions including a virtual reality exhibit. The park also contains a smaller section just for smaller kids. The Kidz Kingdom includes kiddie rides and attractions for children eight years of age or younger. 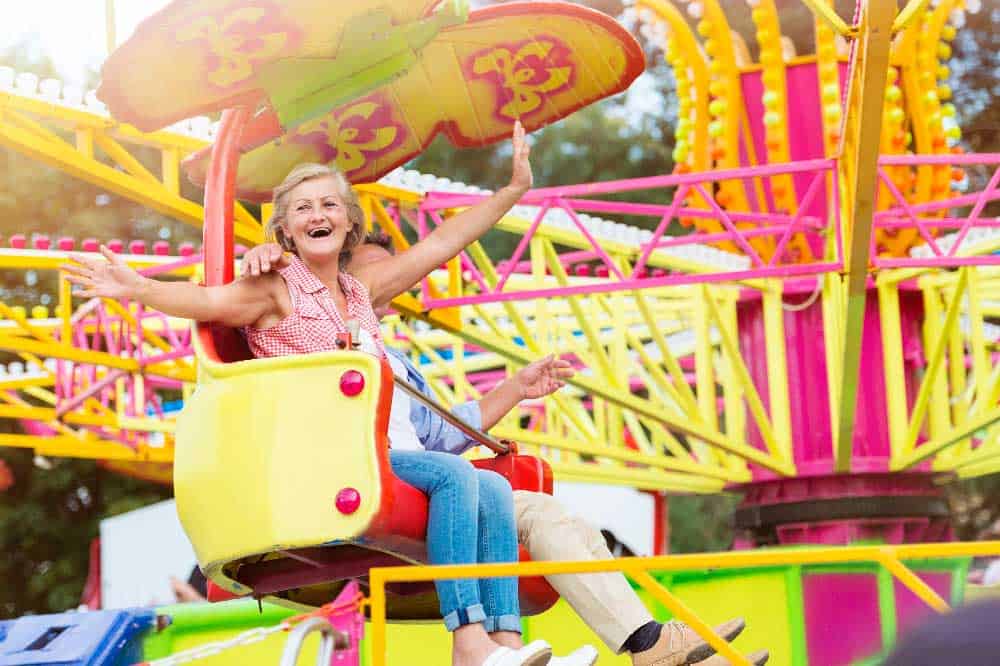 If you’re only planning on spending one day in Auckland, you may want to skip Rainbow’s End. The best way to experience the amusement park is to arrive early and get the most out of your visit. Spend the day on the rides and the evening in the shops and restaurants.

Where to stay in Auckland: The best hotels for sightseeing

Although it’s the biggest city in New Zealand, choosing where to stay in Auckland isn’t so difficult. For most travellers, staying within the city centre including the areas around Queen Street, Newmarket, and the Waterfront is the best choice for getting close to all the top Auckland points of interest.

Beyond Auckland points of interest: More places to go in New Zealand