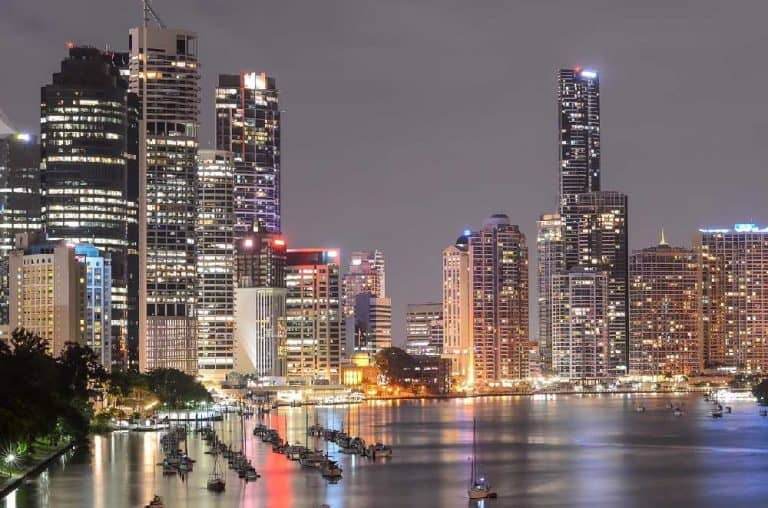 You’ll also find pristine beaches, and can watch whales, dolphins and sea turtles in the surf. The surrounding area of Brisbane is also begs to be explored with vinelands in the south and the unique Darlings Downs (home of the Jageram Giabal and Jarowair people) and Toowoomba to the west.

Don’t know where to go in Brisbane? Start planning your tour with this guide to the best places to visit in Brisbane…

What to do in Brisbane: Top attractions & best places to visit

Australia is home to a diverse variety of unique wildlife, most of which are found in the Lone Pine Koala Sanctuary. The 18-hectare sanctuary is the oldest and largest of its kind in the world. The koalas are the main attraction but the sanctuary also holds other wildlife. You’ll see kangaroos, Tasmanian devils, echidnas, wombats, and more. 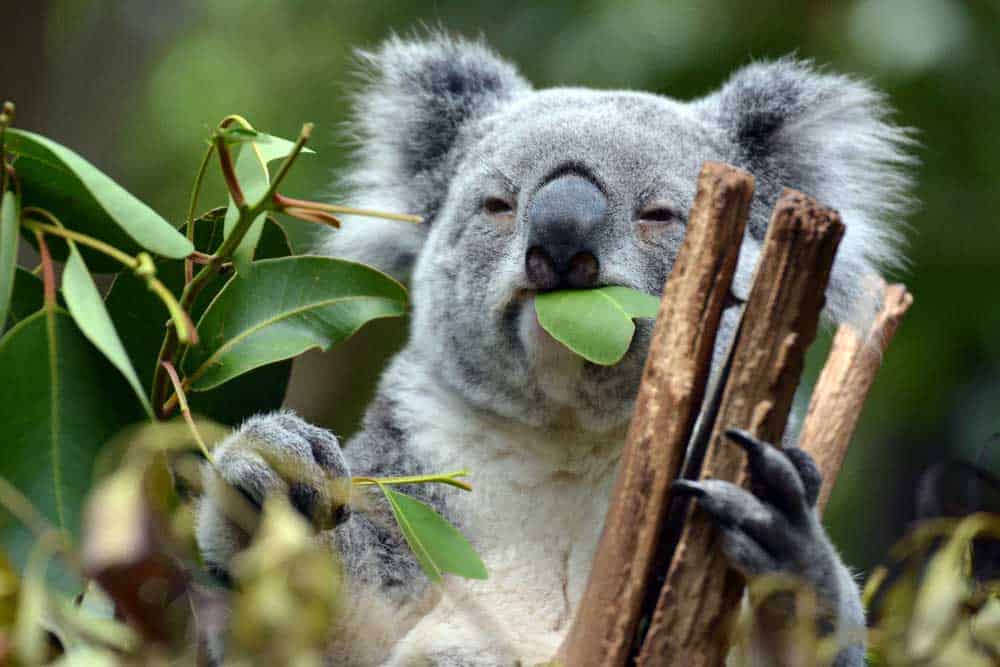 Lone Pine also allows visitors to hold koalas for a fee. If you plan on holding a koala, sign up online before you go. The sanctuary limits interaction to 30 minutes per koala each day.

It’s about 20 minutes away from the centre of the city. If you don’t want to pay for a taxi, hop on the Brisbane Transport bus.

Climb Story Bridge to get a panoramic view of the city

A trip to Story Bridge is one of the best things to do in Brisbane for first-time visitors. Crossing the bridge provides a sweeping view of Brisbane and the harbour as it spans the Brisbane River. The bridge has lanes for bicycles, vehicles, and pedestrians, offering several ways to get to the other side. 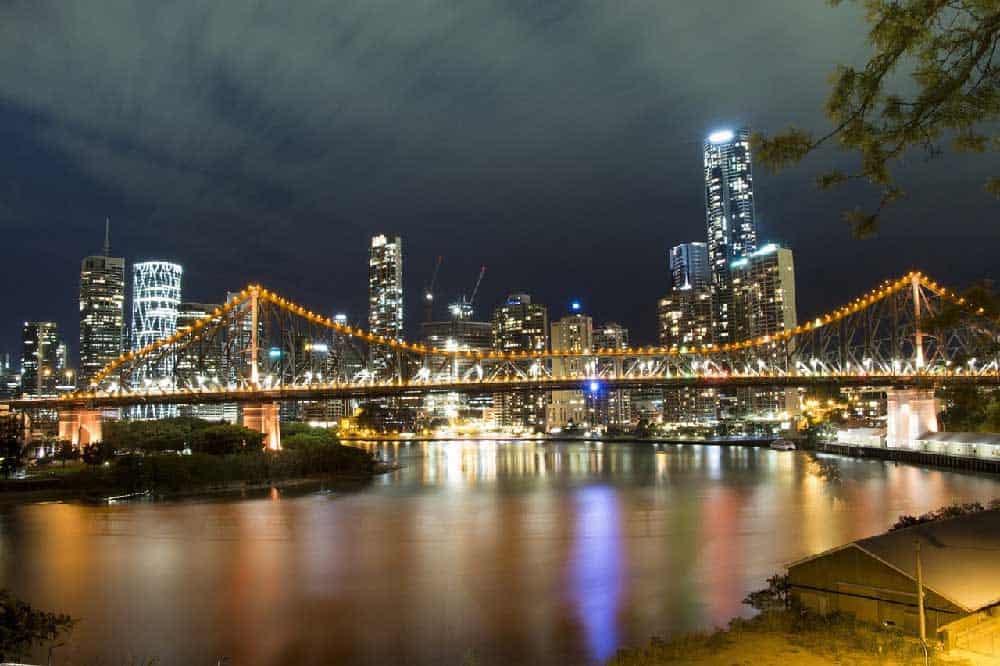 While most tourists ride or walk across the bridge, daring travellers can sign up for an adventure climb or plank walk. The adventure climb allows you to climb the scaffolding and abseil down. With the plank walk, you’re attached to a harness and allowed to lean out over the bridge.

Get lost in subtropical foliage at Brisbane Botanic Gardens

Visit the refreshing Brisbane Botanic Gardens for an escape from the urban jungle. Located in the Toowong neighbourhood about seven kilometres from Brisbane CBD (Central Business District), the botanic gardens provide a relaxing experience. It’s one of the top points of interest in Brisbane, thanks to the variety of features. 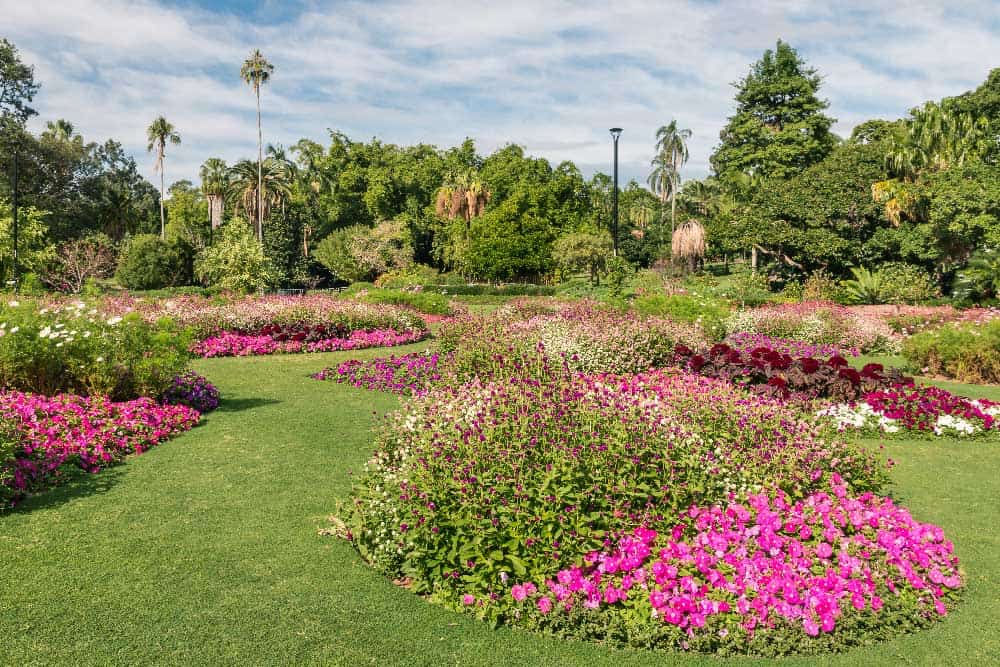 As you tour the gardens, you’ll pass through rainforests, lagoons, and several houses with distinct themes. Visit the bonsai house to view carefully cultivated trees or the cactus house for a wide range of cacti and succulents. The most unique feature of the gardens is the Tropical Display Dome. It stands about nine metres tall and houses a tropical ecosystem.

Queen Street Mall is at the top of the list of best places to visit in Brisbane for shopping. It’s on Queen Street in the middle of the CBD, making it one of the first things to see in Brisbane after you arrive. 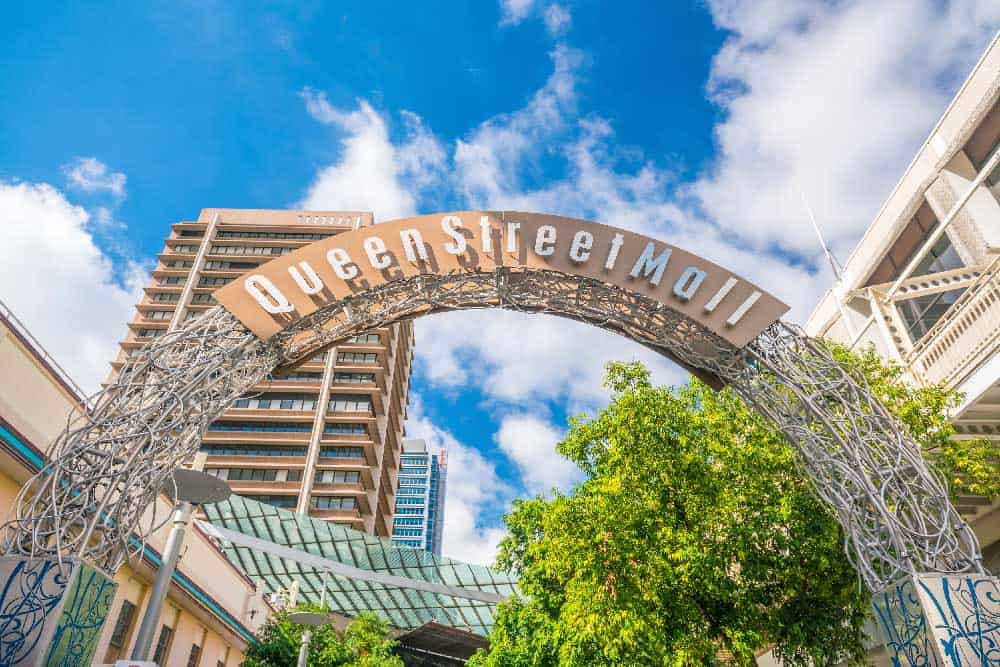 The main strip is a pedestrian-only thoroughfare between George Street and Edward Street. The pedestrian mall contains over 40,000 square metres of retail space and more than 700 shops and vendors. With hundreds of places to shop, you’ll find a little bit of everything from designer clothing to kitchenware and gadgets. It’s also one of the most crowded spots on the weekends.

Ride a Ferris wheel after exploring the South Bank Parklands

Surrounded by harbours, rivers, and the eastern coast of Australia, the top tourist attractions in Brisbane are found outside of the central business district. When you visit South Bank Parklands and other scenic destinations, you get to experience the beauty of Australia. 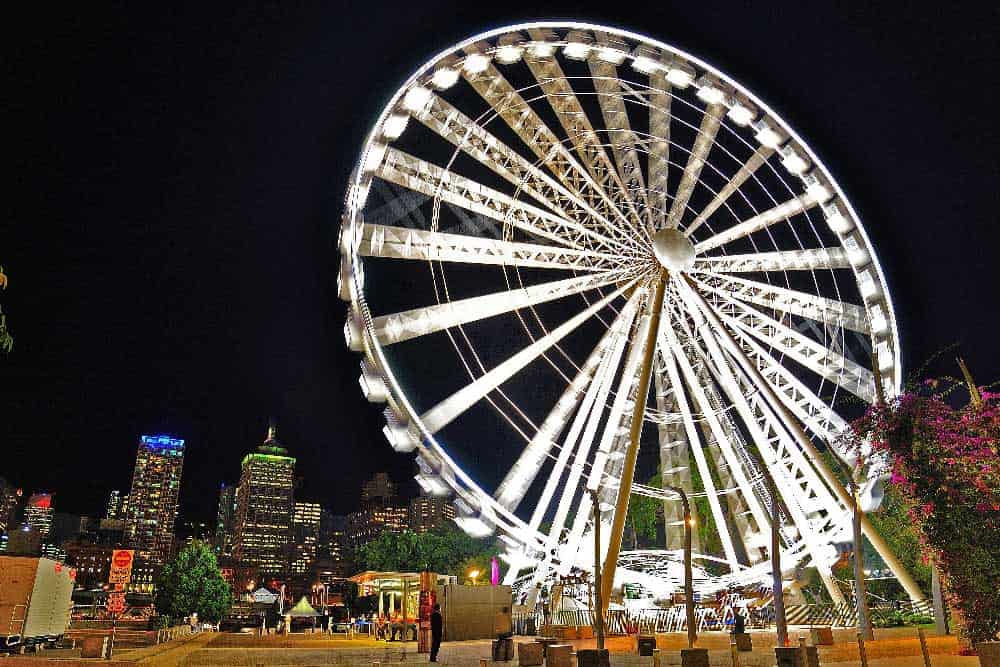 The South Bank Parklands are on the southern bank of the Brisbane River and contain a mixture of wetlands, rainforest, and grassed areas. While it’s a beautiful spot, the riverfront promenade and various plazas are the main attractions.

If you’re planning an itinerary with just one day in Brisbane, you may not have time to visit the parklands. It’s a large area with lots to explore, requiring a good portion of the day. Along with the scenery, you’ll have the chance to shop, eat, and enjoy various Brisbane attractions.

The area is home to the Wheel of Brisbane, a 60-metre Ferris wheel with views of the parklands and the city. You may also catch a performance at the Courier Mail Piazza open-air amphitheatre.

Most lists of the top Brisbane points of interest include the Queensland Art Gallery (QAG) and the Gallery of Modern Art (GOMA). The museums are just 150 metres apart, making it easy to add both locations to your Brisbane sightseeing tour. The QAG is an art museum with art from almost every period, including Indigenous Australian art from hundreds of years ago to the present. 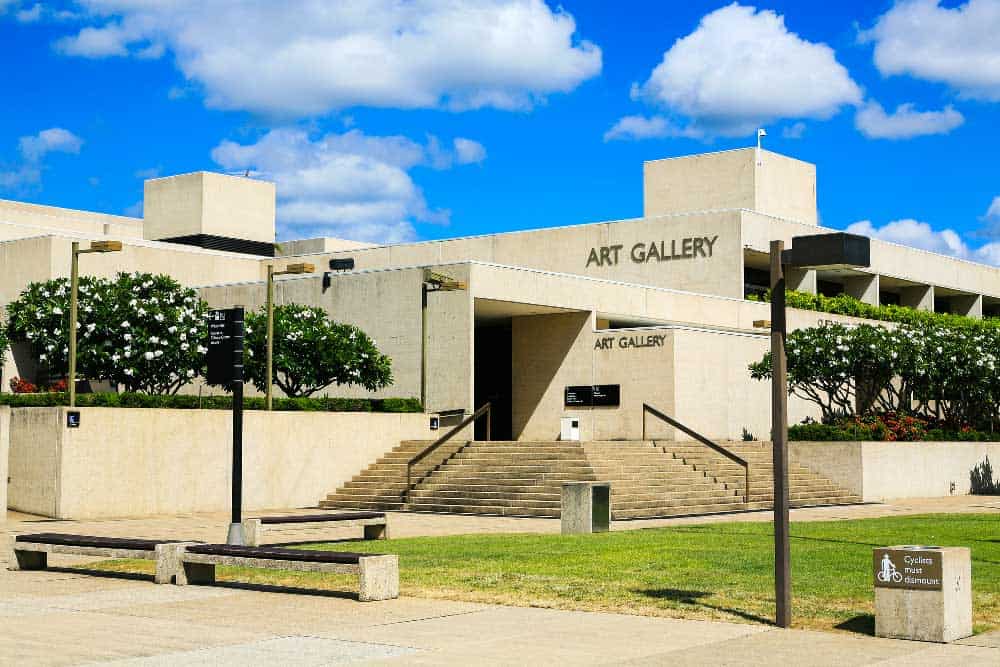 The GOMA is a modern art museum, with over 25,000 square metres of exhibition space. The museum has many separate exhibits for different modern art movements, including surrealism. You’ll also find works from notable artists such as Picasso and Warhol.

Indulge your taste buds during a trip to Eat Street Northshore

Trying to decide where to go in Brisbane for good food isn’t easy, thanks to a vast selection of quality restaurants, pubs, and diners. If you can’t decide where to eat, head to Eat Street Northshore. It’s a large food court housed in old shipping containers, making it an eclectic destination and hip hangout for the younger crowd. 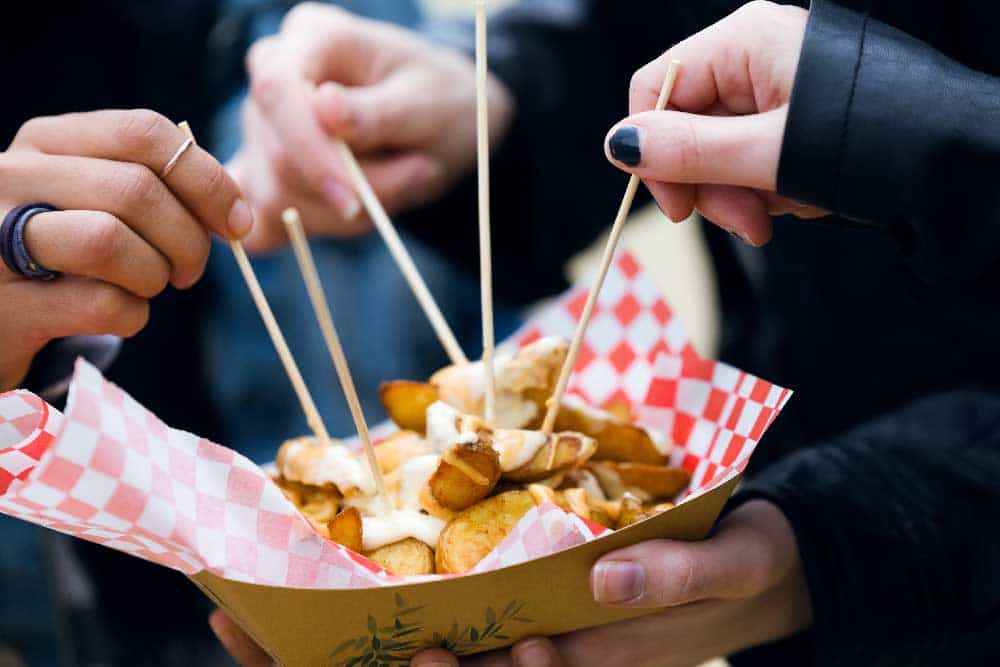 Some of the best things to do in Brisbane include eating and listening to live outdoor music. You can do both at Eat Street Northshore. The open-air food court includes dozens of vendors serving all types of delicious treats and meals. Are you in the mood for Japanese, Greek, or Vietnamese cuisine? Eat Street Northshore has you covered. After dinner, you’ll have no problem finding dessert or drinks. The food options are endless.

Where to stay in Brisbane: The best hotels for sightseeing

Despite being the third-largest city in Australia, choosing where to stay in Brisbane is quite simple. For most travellers, in & around the Central Business District (CBD) is the best option. It’s home to many of the city’s best hotels and is close to many of the top points of interest in Brisbane.