As the urban gateway to western Canada, spending time discovering all best things to do in Calgary pops in as a must for any trip to this superlatively beautiful region of North America.

Perhaps most renowned for hosting the 1988 Winter Olympics, Calgary isn’t just the biggest city in the western Canadian province of Alberta, but the fourth-largest in all of Canada. As you’d imagine, the top tourist attractions in Calgary are varied & plentiful, ranging from festivals like the Calgary Stampede to quieter moments of relaxation & contemplation on the banks of the Bow River.

Not sure what to do in Calgary? Start planning your trip with this guide to the best places to visit in Calgary…

What are the top attractions to visit in Calgary?

Sprawling over 20 hectares amidst a northward bend in the Bow River, Prince’s Island Park is a favourite urban escape for Calgarians and a fantastic place for travellers to enjoy some of the city’s quieter moments. 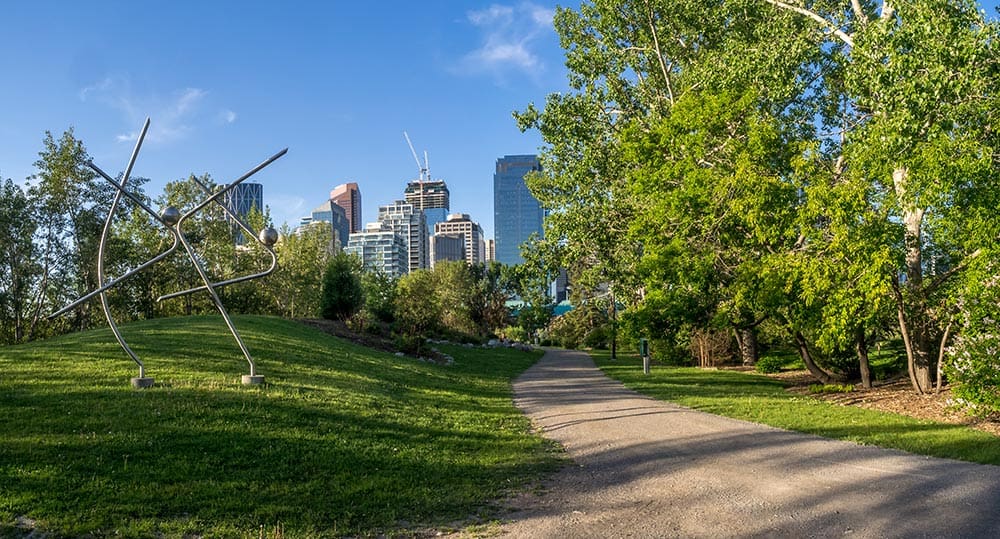 There’s plenty to do here from meandering along the island’s picturesque walking & hiking trails to strapping on a pair of skates in winter and skating on the park’s lagoon.

The park is also home to a number of festivals throughout the year including the Calgary Folk Music Festival, Barbecue on the Bow, and celebrations for Heritage Day and Canada Day.

If you’re travelling with kids, the king of family-friendly attractions in Calgary is, undoubtedly, the Calgary Zoo. Visiting the second-largest zoo in Canada, you can expect a barrage of interesting animals and activities that are an absolute blast for the entire family. 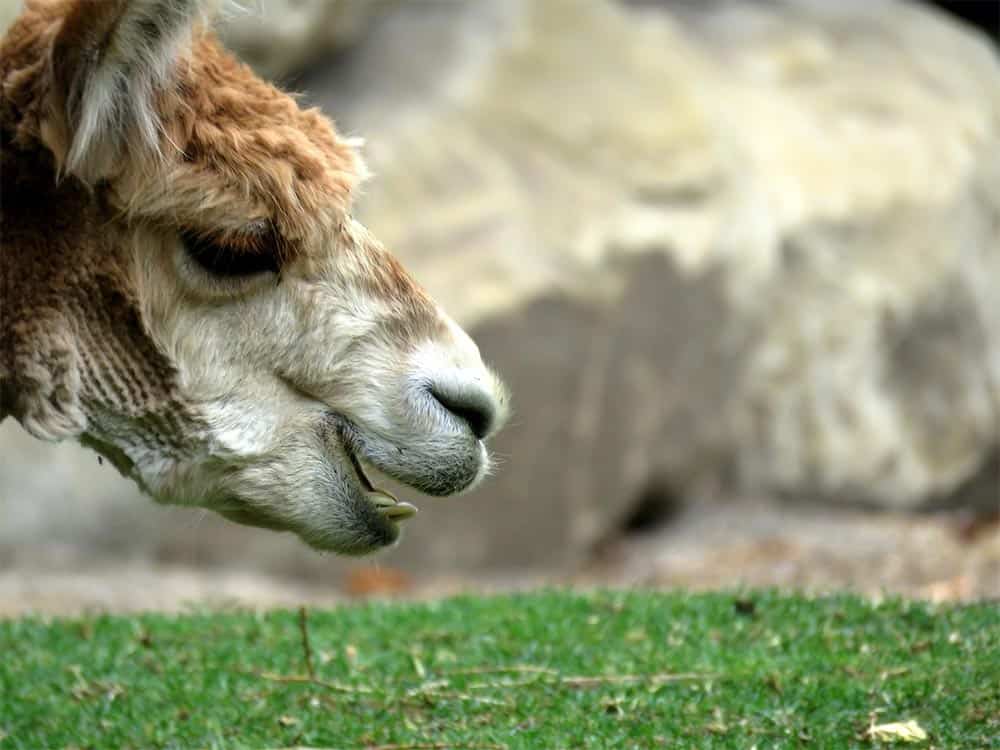 Among the highlights at the Calgary Zoo are giant pandas & their cubs, penguins, gorillas, and, of course, a host of native Canadian animal species at the Canadian Wilds habitat.

If you happen to visit Calgary during the holidays, be sure to check out the zoo’s ENMAX Conservatory to catch one of Alberta’s most spectacular Christmas light shows in action.

Dubbed as “the greatest outdoor show on earth,” the annual Calgary Stampede draw visitors from all around the world to partake in its 10 days of western hijinks every July. 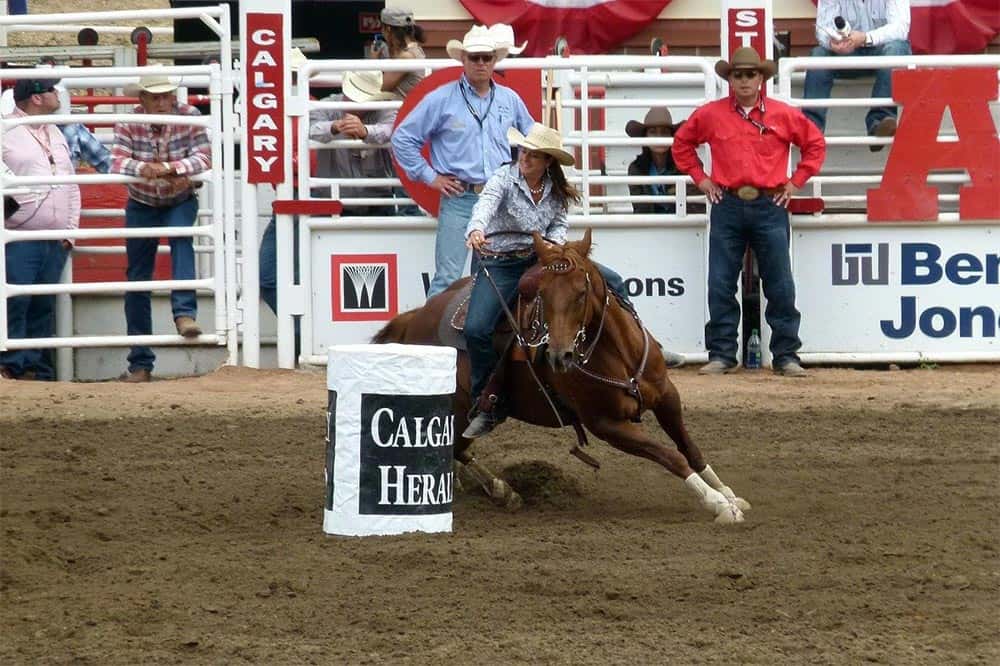 Even if your regular day-to-day attire doesn’t consist of cowboy boots & worn-in jeans, the world’s most famous rodeo might soon change your tune. The Stampede is a barrel-load of entertainment, showcasing everything from chuckwagon races to live country music.

The western-themed festival is also famous for rewarding early-risers with its hearty pancake & sausage breakfasts. Grab a fork &  your cowboy hat and dig right in!

The largest living history museum in Canada, Heritage Park Historical Village is one of the coolest things to see in Calgary for history buffs. 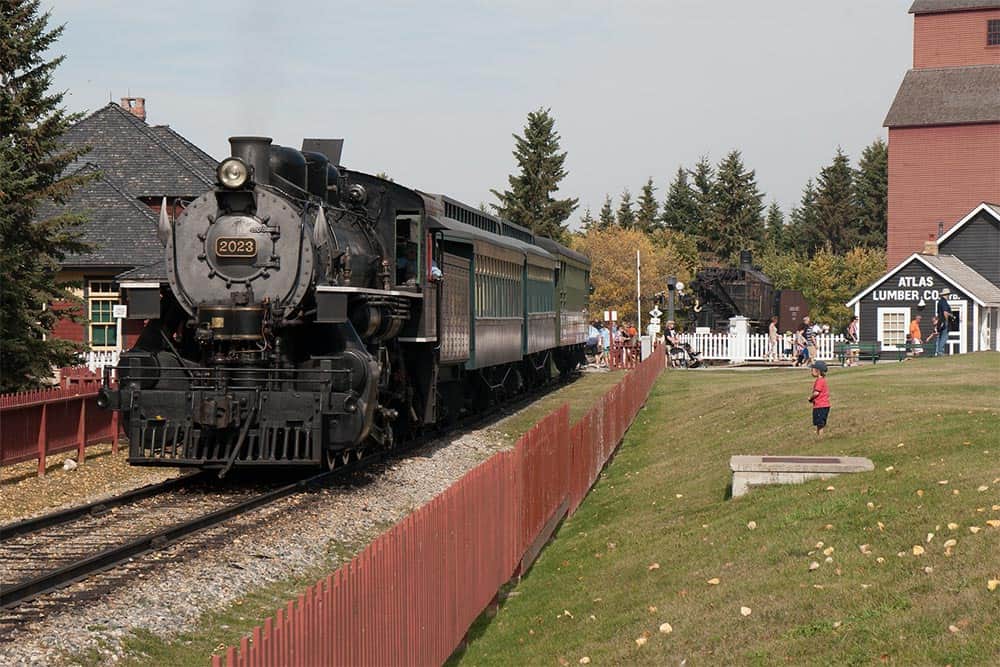 The open-air museum showcases life in Western Canada from the time of confederation to the 1930s. Sprawling out over 127 acres, over 180 exhibits tell the story of the original settlers of the west and give visitors an interactive glimpse at the conditions & aesthetics of small-town Alberta from this bygone era.

If you’re visiting Heritage Park Historical Village with children, one of the highlights is riding on the antique train. The park also entertains guests with entertaining theatrical performances by costumed actors who bring the history & the stories of the late-19th to the early-20th century in Canada to life.

One of the largest & finest museums in Western Canada, Glenbow Museum offers a fascinating collection of over one million artifacts and 30,000 pieces of art from all around the world in the heart of downtown Calgary. 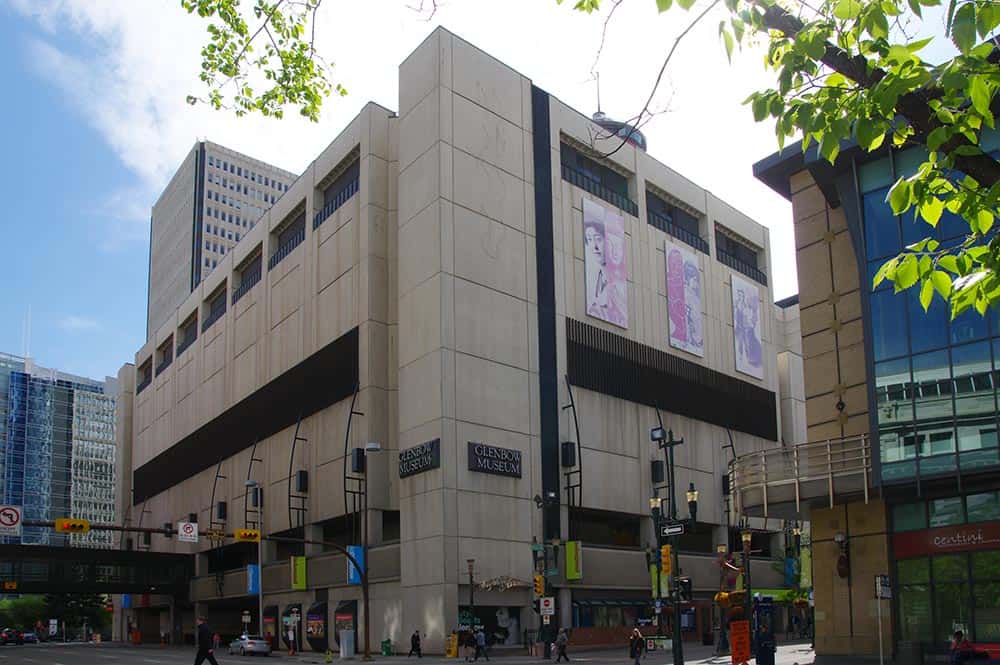 Spread out over several floors, the museum’s vast collection is split between both permanent and temporary exhibitions, with the former more focused on historical exhibits (including First Nations culture) and the latter on bold contemporary art.

Opened in 2016 in Calgary’s revamped East Village neighbourhood, Studio Bell, home of the National Music Centre of Canada, is one of the most interesting places to visit in Canada for music lovers. 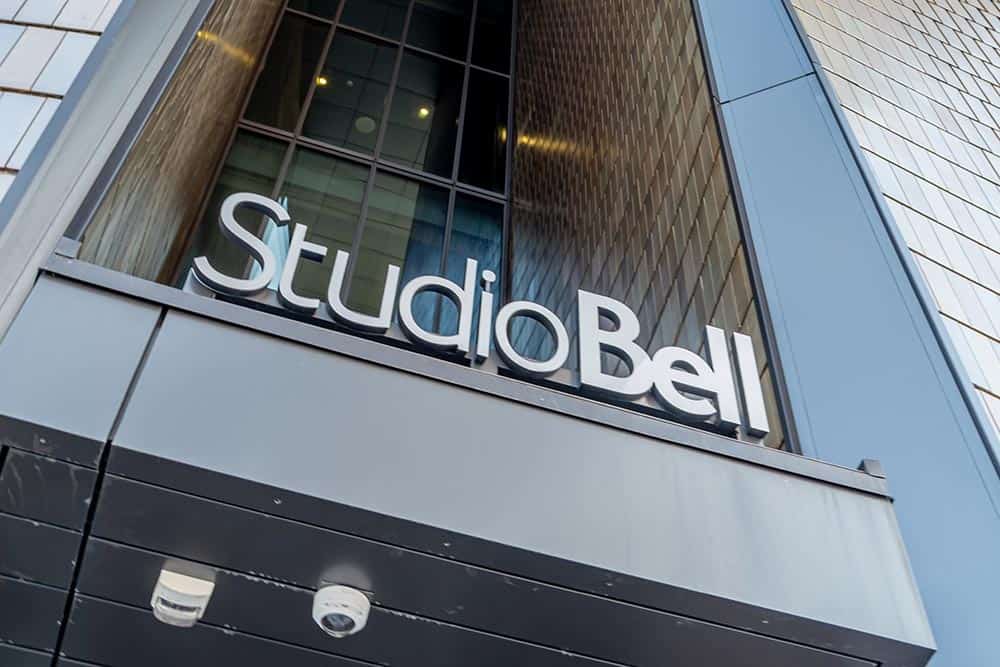 The studio rises over five floors, chronicling the history of Canadian music with interactive displays & exhibits including the Canadian Halls of Fame and one of the most diverse collections of musical instruments in North America.

While visiting, be sure to also check out the legendary King Edward Hotel, one of Calgary’s most famous performing arts venues, and the Rolling Stones Mobile Studio.

Opened for Canada’s centennial, Calgary’s most recognizable landmark, Calgary Tower is one of the top points of interest in Calgary and a must-see attraction—even if you only have one day in Calgary. 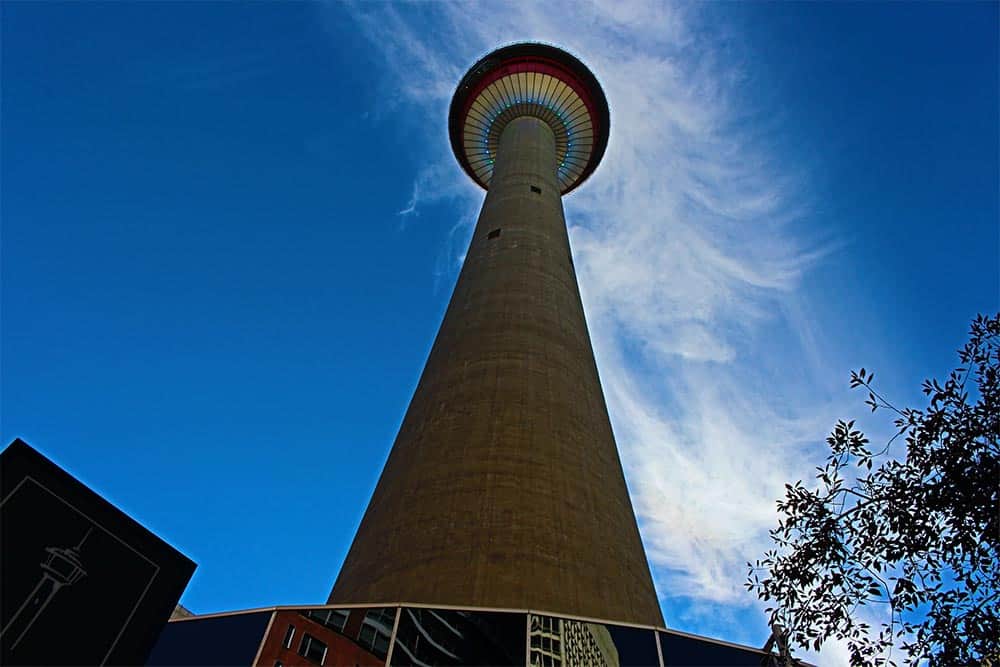 Scoot up 191 metres from ground level to the tower’s observation deck, offering incredible panoramic views of downtown Calgary and even as far as the Rocky Mountains on a clear day.

For experiencing the views Calgary Tower at its fullest, settle in for a meal at Sky 360, a revolving restaurant that spins views at full rotation every 45 to 60 minutes.

Although the topography in Calgary itself is relatively unremarkable, lying just outside the city is some of Canada’s most impressive natural scenery.

Of all of the best day trips from Calgary, none is easier and more compelling than Banff, one of the most popular destinations in Canada.

Often referring to both Banff National Park and the main town within it, Banff is one of the top resort towns in Canada in both summer and winter, famous for both its pistes and its hiking & mountain biking trails.

While the town itself is pleasant, it’s the Banff’s surroundings that entice visitors most. Just steps away from the town’s bustle is some of Canada’s most pristine wilderness.

Heading out into the depths of Banff National Park on a day trip from Calgary, you’ll be instantly marvelled by its Rocky Mountain scenery, primeval forests, and abundance of wildlife including bears & wolves. (You might want to avoid encountering the latter!)

If you decide to stay the night in Banff (which, let’s be honest, you probably should), you’ll have the opportunity to check out more of Banff National Park including the impossibly beautiful Moraine Lake and Lake Louise.

Located at Canada Olympic Park, the award-winning Canada’s Sports Hall of Fame celebrates the legacy of Canadian sports at one of the country’s most famous sporting sites. 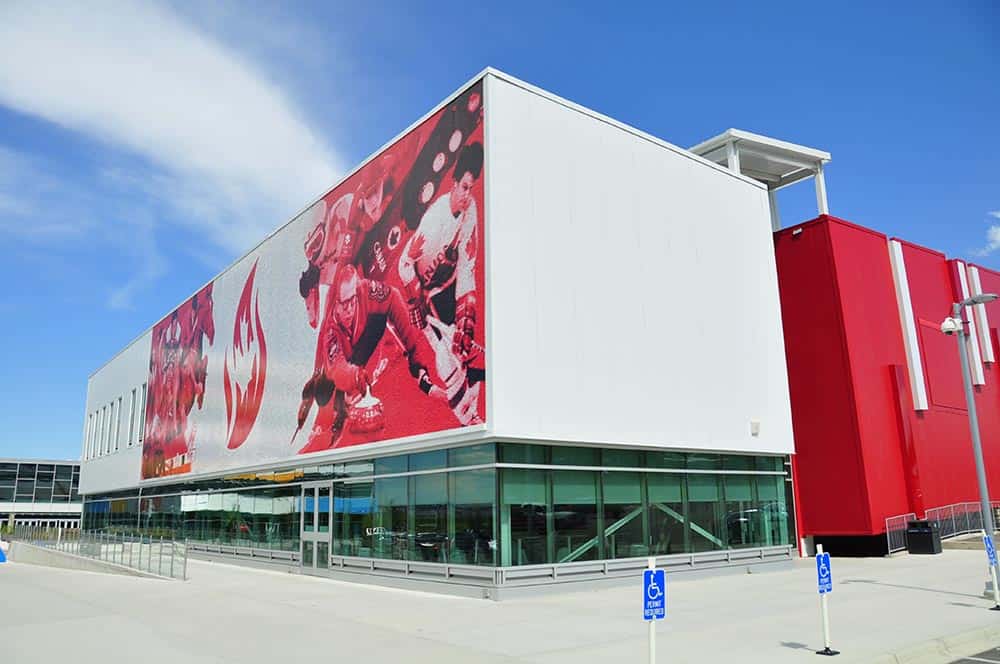 The Sports Hall of Fame isn’t your typical museum. Besides hosting a collection of 100,000 items highlighting some of the most important contributors and contributions to Canadian sport, the museum is chock-loaded with dozens of interactive exhibits covering sports as varied as wheelchair racing to Canada’s favourite national sport of hockey.

Once you’ve filled your brain with Canadian sporting history, head over to the Olympic Park, site of the 1988 Winter Olympic Games, and spike your adrenaline with a luge run in winter or a ziplining experience in summer.

Where to stay in Calgary

Although it’s Canada’s fourth-largest metro area, choosing where to stay in Calgary isn’t so difficult. As most of the top points of interest in Calgary lie in & around the Downtown (including The Beltline), this is the best area to base yourself for your visit. Here are a few hotels to start your search…

More things to do in Canada