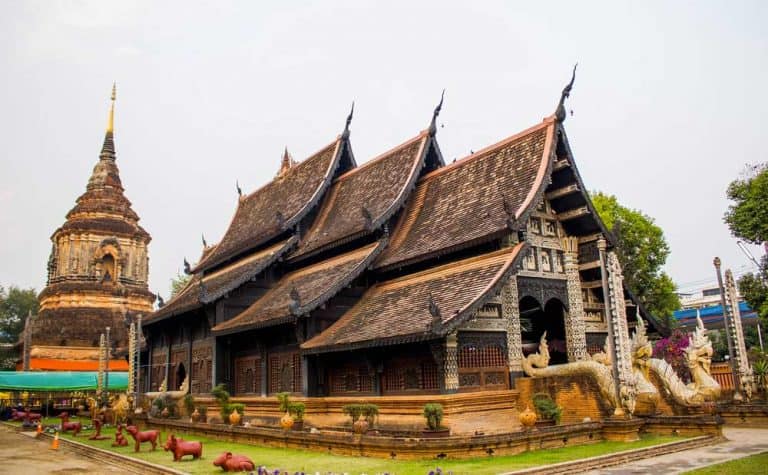 No Thailand itinerary is complete without checking out the best things to do in Chiang Mai. Located in the mountainous terrain of northern Thailand, Chiang Mai is a land of culture and scenic landscapes and a must-see destination for your first trip to Thailand.

The city of Chiang Mai is the former seat of the Lanna Kingdom. There’s a ton of culture to take in with many notable historic sites as well as pristine natural wonders including lush rainforests and bucolic small villages.

Chiang Mai itself has the charm of a small historic village but is still sizable enough to contain all of the shopping and entertainment you’d expect from a major city. It’s one of the best places to visit in Thailand for those wanting to see a wide assortment of ancient temples and experience traditional Thai culture. It’s also excellent for nature lovers and hoping for a close encounter with some majestic Thai elephants.

Not sure where to go in Chiang Mai? Start planning your trip with this guide to the best places to visit in Chiang Mai…

Got more travel plans on the horizon? Check out all of our other attractions guides and our Thailand Travel Guide for more ideas on where to go, when to visit & what to do!

What to do in Chiang Mai

The park includes more than just forests and trails. Doi Suthep-Pui National Park is home to several of the top points of interest in Chiang Mai. The park encompasses the two most sacred peaks in Thailand — Doi Suthep and Doi Pui.

It’s a protected park and home to hundreds of bird species, various other wildlife, and flora. It’s also where you’ll find the Hmong Hill Tribe Village, Wat Phra That Doi Suthep, and the winter royal residence.

You can take guided tours that travel to some of the top sites in the park, including the various caves and waterfalls hidden within the mountainous landscape. Keep in mind that visiting all these sites could take up almost an entire day.

Watch over 400 animal species at the Chiang Mai Zoo

Chiang Mai Zoo is about two kilometres from the centre of Chiang Mai and includes many of the animals that you’d expect to see. It contains pandas, seals, giraffes, camels, bears, tigers, and much more. 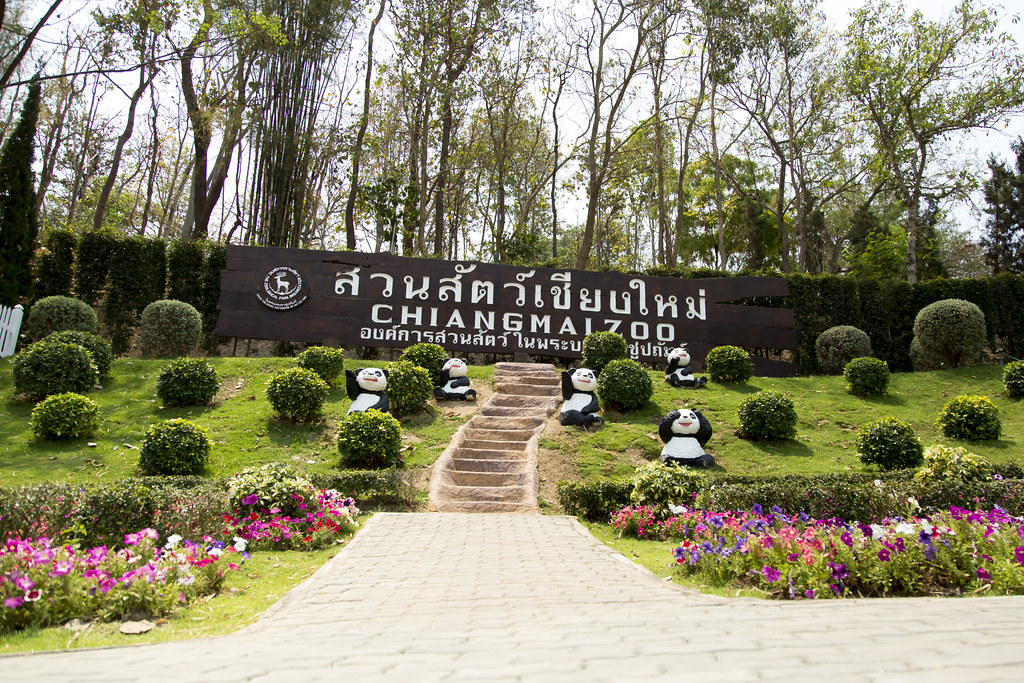 Chiang Mai Zoo is a fun place for people of all ages. After watching the animals play, you can enjoy an ice cream or a meal at the on-site restaurant. Unfortunately, if you’re limited to 24 hours in Chiang Mai, it’s one of the attractions that you may need to skip. As with the national park, a trip to the zoo tends to take up most of the day.

Eat or buy almost anything on Tha Pae Walking Street

Located in the centre of the old city, Tha Pae Walking Street contains rows of stalls selling a little bit of everything. You can shop for local cuisine or jewelry. It’s also a top destination for cheap clothing, art, and handmade goods.

Technically, Tha Pae Walking Street covers more than just one street. It spans at least four streets with additional stalls spilling into the adjacent streets and alleys. You’ll need several hours to explore it all. Unfortunately, it’s only open on Sunday nights.

Besides the walking street, the old city includes many of the top Chiang Mai attractions. After walking the street, you can check out some of the temples in the area.

The night bazaar is where to go in Chiang Mai if you can’t find what you want on the walking street. It’s one of the best places to visit in Chiang Mai for shopping and evening entertainment. The blocks surrounding the bazaar contain even more shops, restaurants, and clubs. 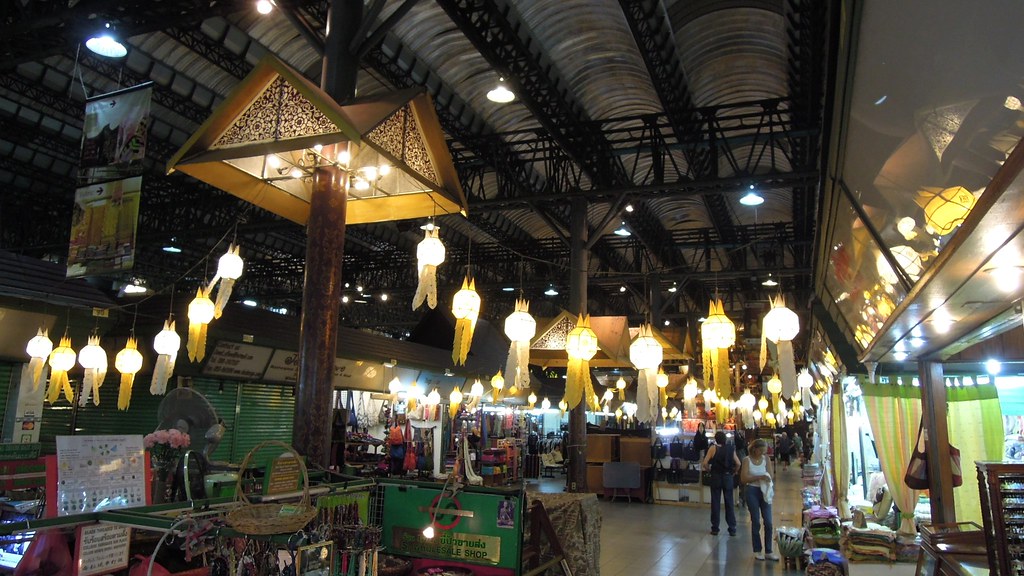 The bazaar and walking street contain many of the same features. The stalls and streets become crowded throughout the evening and you can find a wide variety of goods.

While the walking street stalls are open on Sundays, the bazaar remains open every day of the week. You’ll also often hear live music and find more food choices compared to the pedestrian shopping street.

Wat Phra Singh is a Buddhist temple in the western part of the old city and one of the most visited. The temples are the top tourist attractions in Chiang Mai and a must for any first-time visit to Chiang Mai. Wat Phra Singh stands out for having a gleaming gold pagoda. 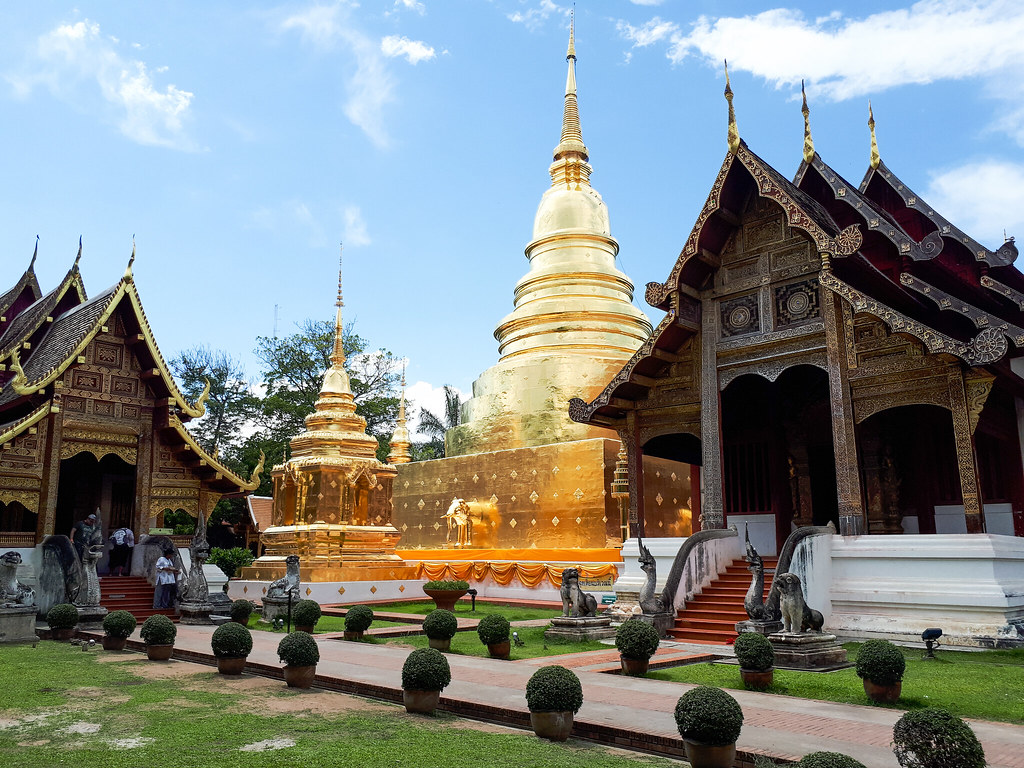 The gold leaf-covered pagoda to the right of one of the main halls shines like a beacon as you approach the temple complex. If you want to avoid getting blinded by the gold surface, visit in the evening. You’ll also avoid the crowds of tourists that flock to the temple during the daytime.

The interiors of the halls contain a mixture of the typical Buddhist artifacts including statues of Buddha and detailed carvings of elephants.

To reach the buildings, you’ll need to climb a few hundred steps. When you reach the top, you’re greeted with a panoramic view of the city.

Hop on the bus and enjoy the Chiang Mai Night Safari

If you want to know what to do in Chiang Mai at night, take a night safari. The Chiang Mai Night Safari is only the second of its kind in the world. It’s one of the more interesting Chiang Mai sightseeing experiences. You ride a bus through the 320-acre site, watching various animals from Africa and Asia as they roam freely inside a fenced-in area. 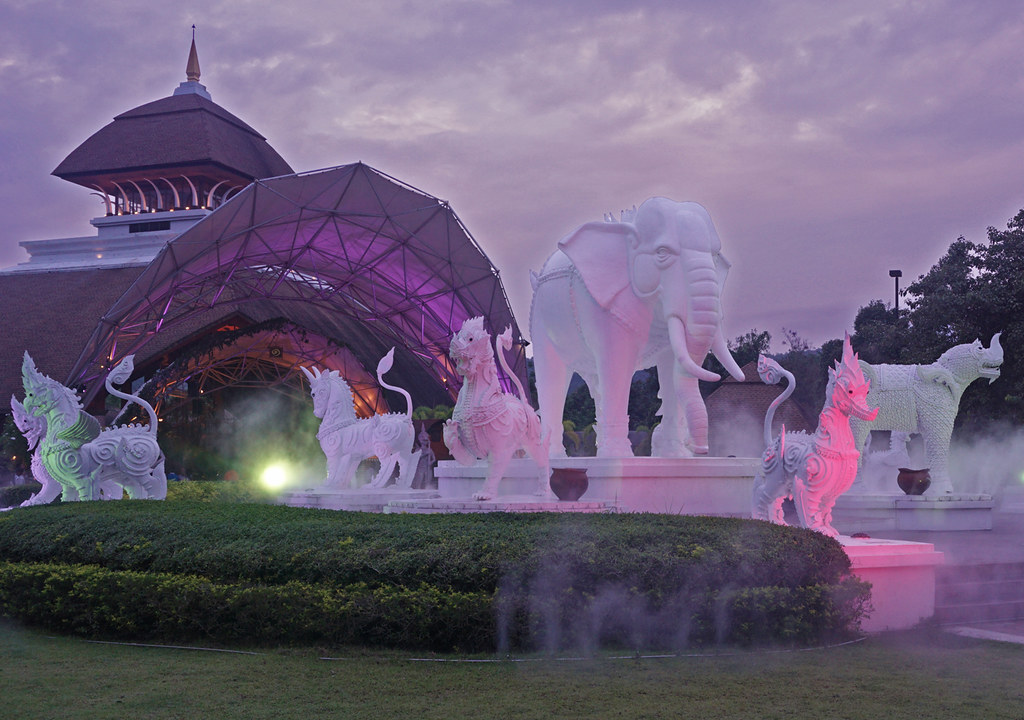 It’s basically a large zoo with guided tours, separated into three discrete zones. The Savanna Safari Zone contains animals from the African savanna, such as zebras and giraffes. In the Predator Prowl Zone, you’ll see crocodiles, tigers, lions, and other carnivorous animals.

The Jaguar Trail Zone is the only area of the park open for walking tours. It includes a 1.2-kilometre walking trail around a large lake at the bottom of the Doi Suthep mountain range.

Ride a bike around the Royal Park Rajapruek

With so many Chiang Mai points of interest, it’s easy to overlook the Royal Park Rajapruek flower gardens. It’s a botanical garden and park with several individual gardens, a butterfly house, and a large pavilion. 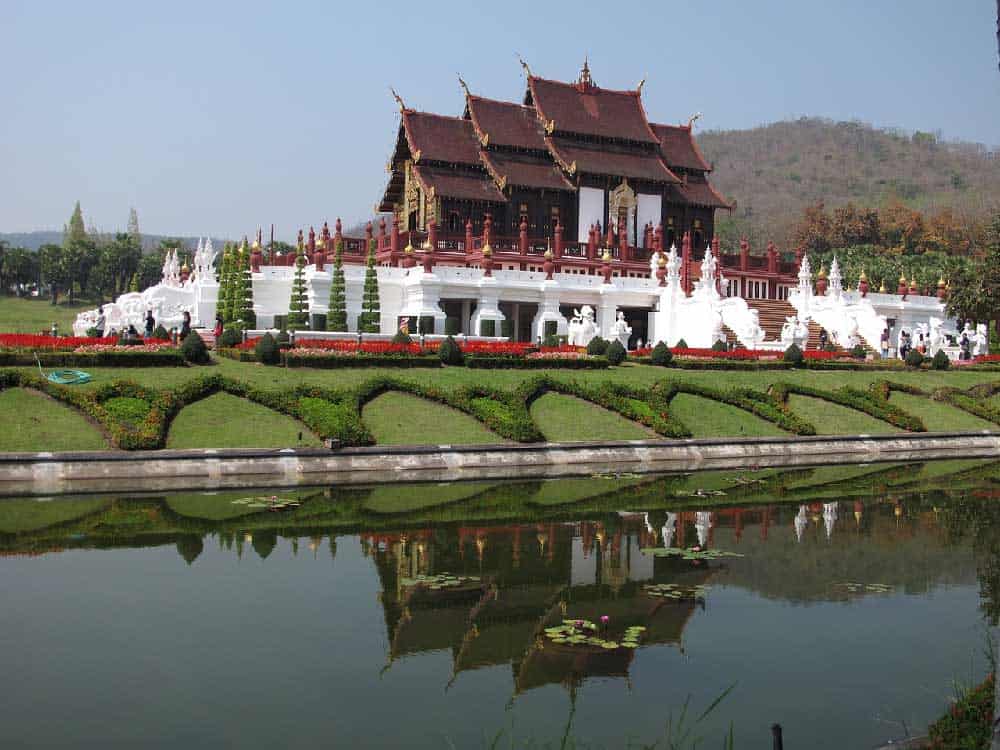 Every detail of the park from the ornate royal pavilion to the landscaping around the gardens appears to be carefully planned. It’s a clean, crisp park that resembles something out of a fantasy movie. It also takes a long time to walk the entire property. Luckily, the site offers bike rentals and golf carts. Ride the trails past orchids and other native plants.

Where to stay in Chiang Mai for sightseeing

With the city’s growing popularity among travellers, you can bet that choosing where to stay in Chiang Mai is getting more difficult over time. For most travellers, the best areas to stay include Old Town, Haiya, and Nimman, all of which provide excellent access to the top points of interest in Chiang Mai.