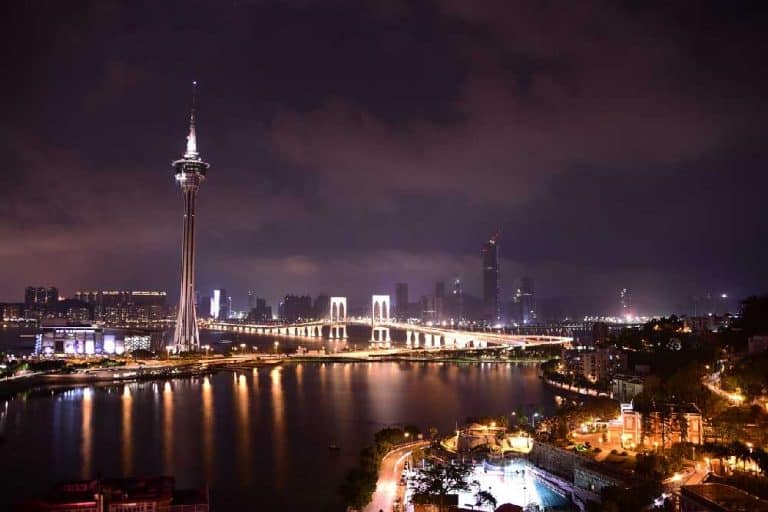 The never-ending list of things to do in Macau should keep you busy for days. From the old to the new, Macau has a unique assortment of attractions, making it one of the most interesting travel destinations in East Asia.

Known for its casinos and mix of cultures, Macau offers a little bit of everything. It’s reputation as ‘The Vegas of Asia’ is well deserved, and its 300-year-long history as a Portugeuse colony makes for an interesting culinary scene. Fill your days with historic sightseeing and recreational activities. Then, get ready for nights of world-class dining and casino exploration.

In one place, you’ll be able to visit Chinese temples built near centuries-old Portuguese dwellings before losing yourself in the sprawling entertainment districts.

Need help deciding where to go? Start plotting your trip with this guide to the best places to visit in Macau…

Deciding what to do in Macau after you arrive isn’t always easy. If you arrive by plane, however, you’ll find that the airport is on a piece of reclaimed land to the east of Taipa, making it a short trip to Taipa Village. 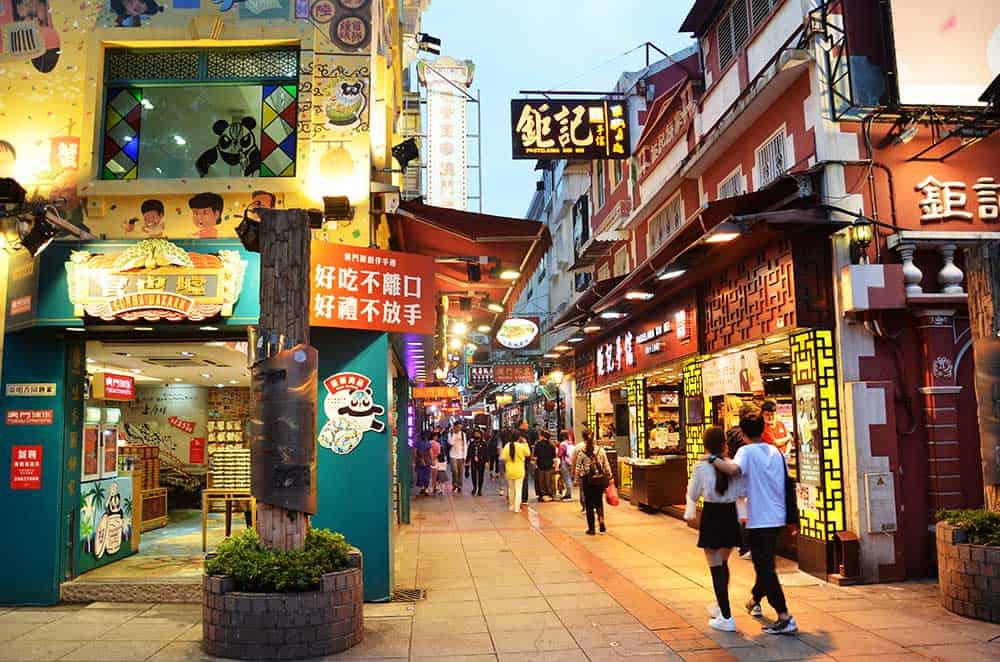 The heart of Taipa Island, the village is a small community with Portuguese-style residential and commercial buildings and Chinese temples. You’ll come across colonial villas next to packed open-air markets.

Taipa Village provides an alternative to the bustling streets of downtown Macau. You get many of the same features, such as endless restaurants and shops, but on a smaller scale.

Visit the Ruins of St. Paul’s

The Ruins of St. Paul’s tends to appear in any list of the top tourist attractions in Macau. The historic church is the most visited landmark in the city. 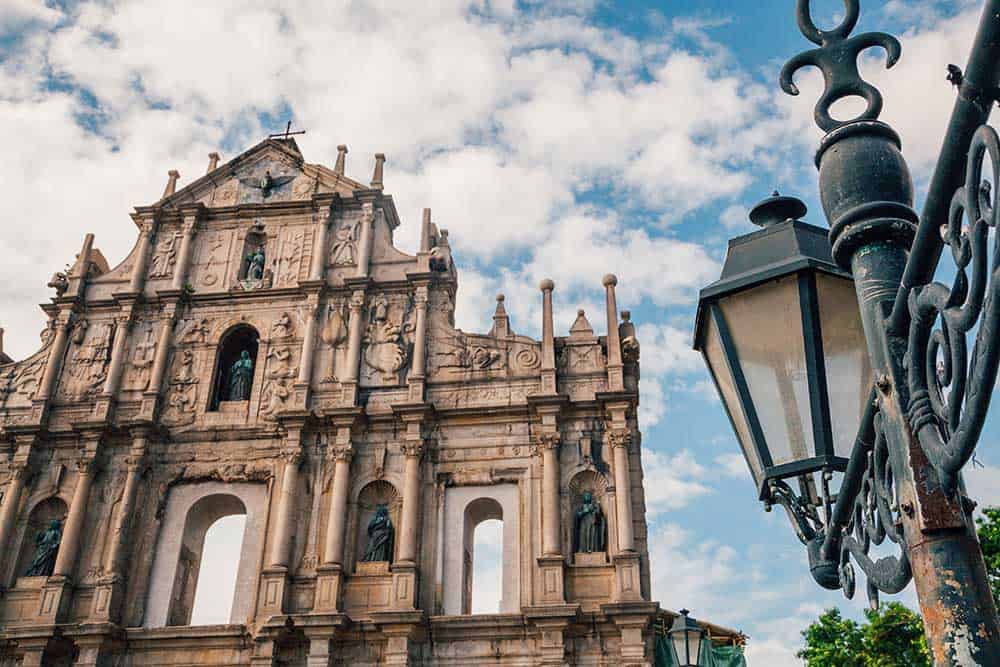 Built in the 17th century, most of the church was destroyed by fire in the 19th century. The façade still stands, greeting millions of tourists each year.

The façade includes incredibly detailed carvings of Catholic figures. At the top, you’ll spot a dove with wings outstretched, but the highlight is The Virgin Mary crushing the seven-headed hydra. You can also spend a few minutes browsing the small museum behind the façade.

Enjoy expansive views from the decks of Macau Tower

The tower is one of the top things to see in Macau, as you can see everything else from the top floors. From the upper observation decks and restaurants, you can stare out over the region. 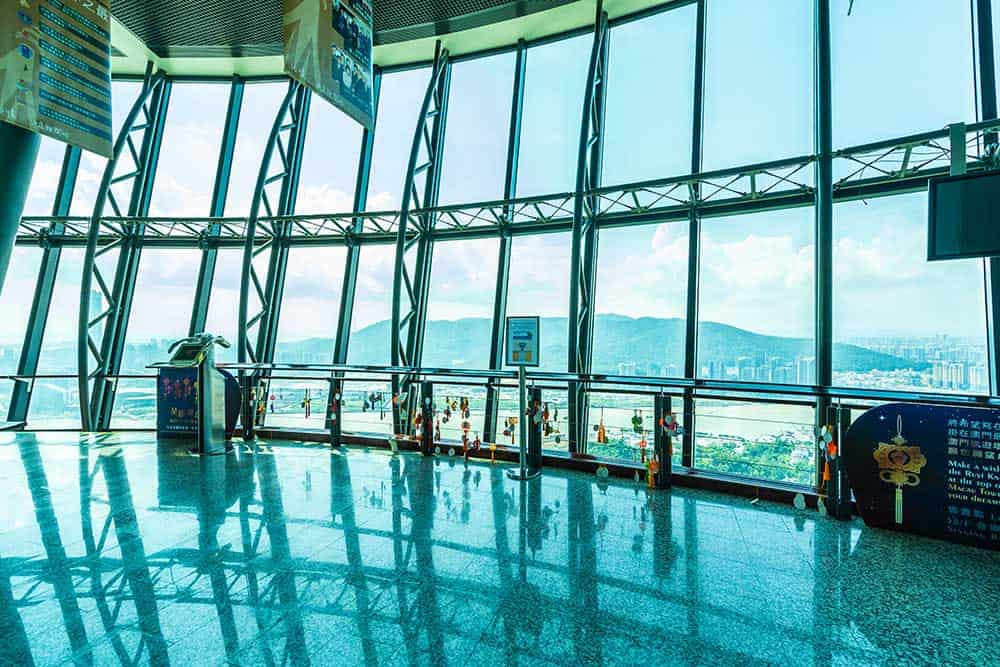 If you’re a thrill seeker, try the tethered bungee jump from the outer rim of the tower. At 233 metres, it’s the highest commercial bungee jump in the world. You can also walk around the rim on the Skywalk X, providing a slightly safer alternative to taking a plunge.

If you’re not up for an adventure, you may prefer exploring the gift shops and malls inside the massive convention centre.

Senado Square remains one of the most visited Macau attractions. The popular town square covers 3,700 square metres in the southern part of downtown Macau. 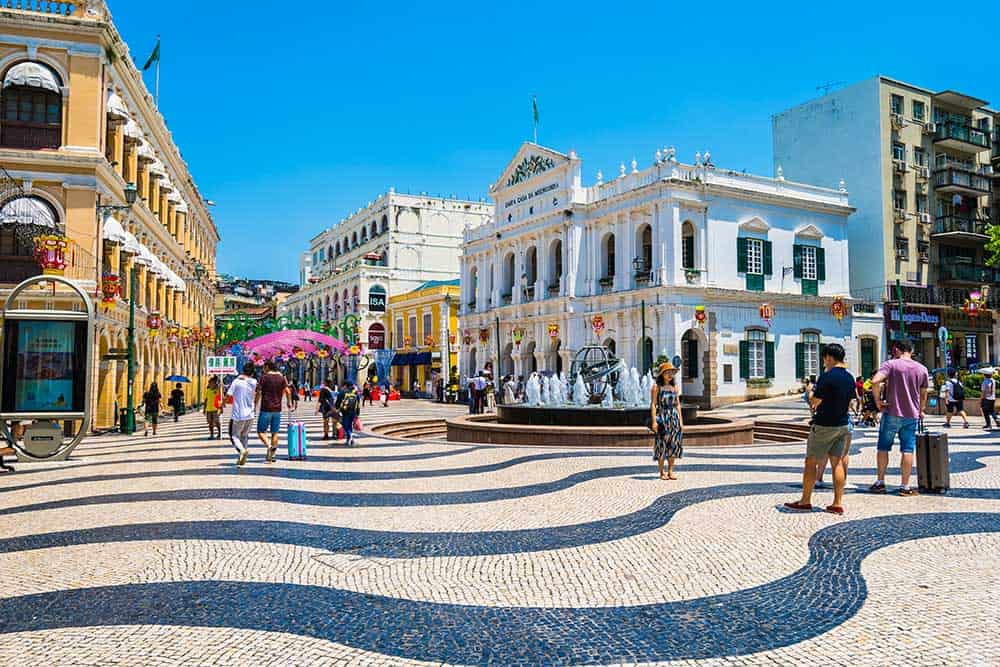 Many of the buildings around the square are now protected monuments. They feature European architecture, highlighting the 300 years of Portuguese influence.

If you’re looking to experience local foods, start at Senado Square. You can find just about every type of cuisine in the surrounding restaurants and cafes.

It’s also the centre of most celebrations in the city. If you’re visiting during any important Chinese or Catholic festival or holiday, you’ll likely find the square filled with street performers and vendors.

If you enjoy visiting Chinese temples, make sure you include A-Ma Temple on your Macau sightseeing list. It’s one of the most visited and oldest temples in Macau. 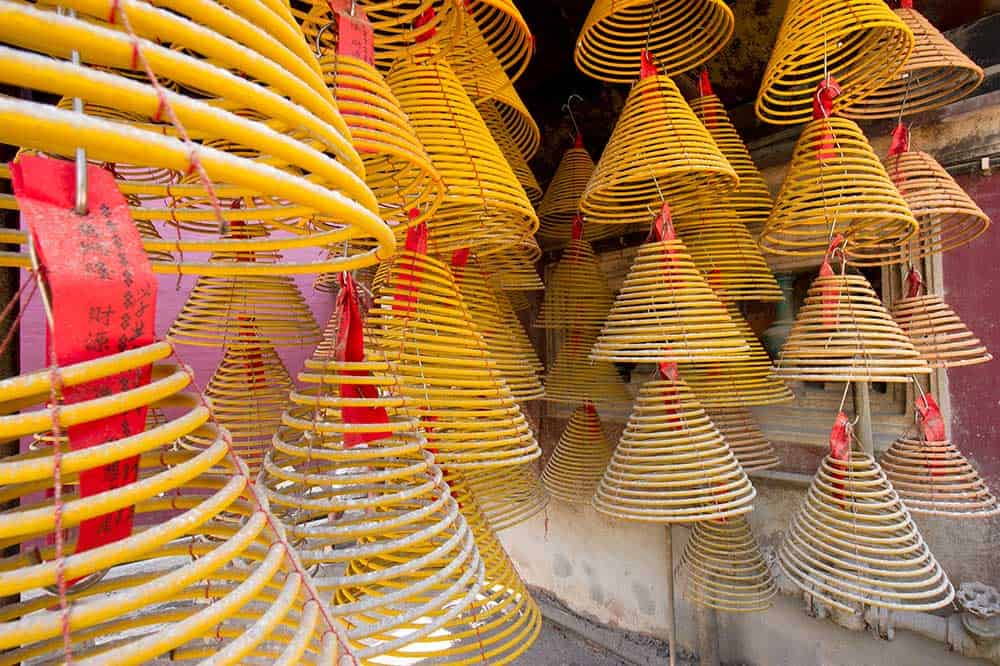 The temple includes a large gate entrance, with the typical intricate stone carvings. When you step inside, you’ll find an expansive prayer hall packed with bells and other Buddhist items.

If you want to know where to go in Macau for sweeping views of the city, visit Guia Fortress. The fortress spans the southern parts of Guia Municipal Park and includes several Macau points of interest. 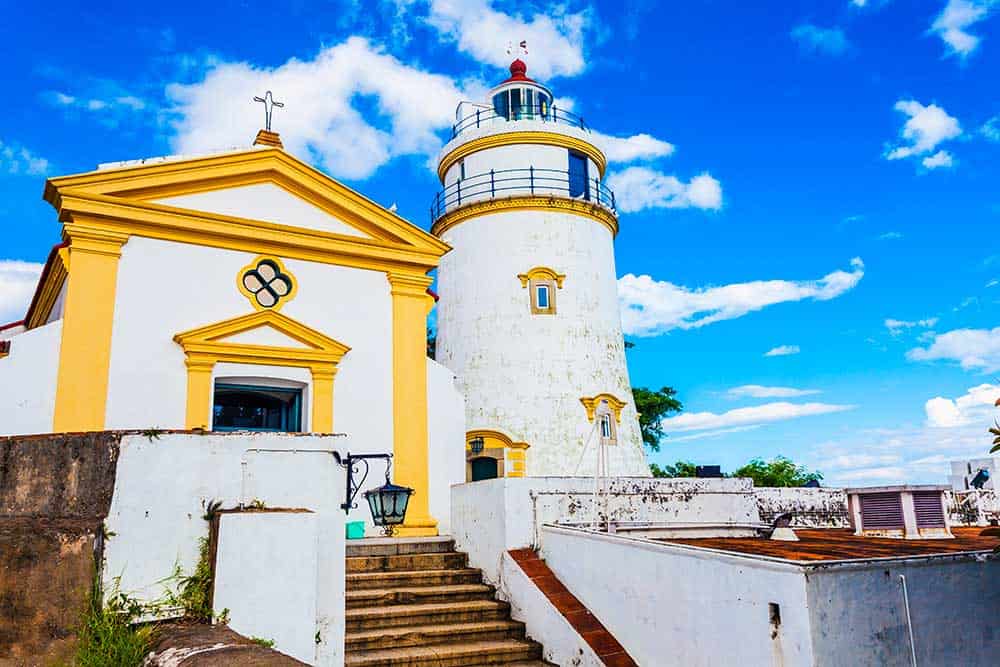 The park and fortress cover a large portion of eastern Macau near the harbour. The main sites include the lighthouse and the chapel. The chapel was built in 1622 while the lighthouse was built a couple of hundred years later.

You have to take a cable car to get to the viewing area inside the lighthouse. From the top of the 81 metre high tower, you can see most of the city and up to 32 kilometres out to sea.

Test your luck at the many casinos of Cotai Strip

If you’re planning an itinerary for China, the district of Cotai gives you plenty of reasons to visit Macau. This stretch of reclaimed land is now covered in fancy luxury resorts. 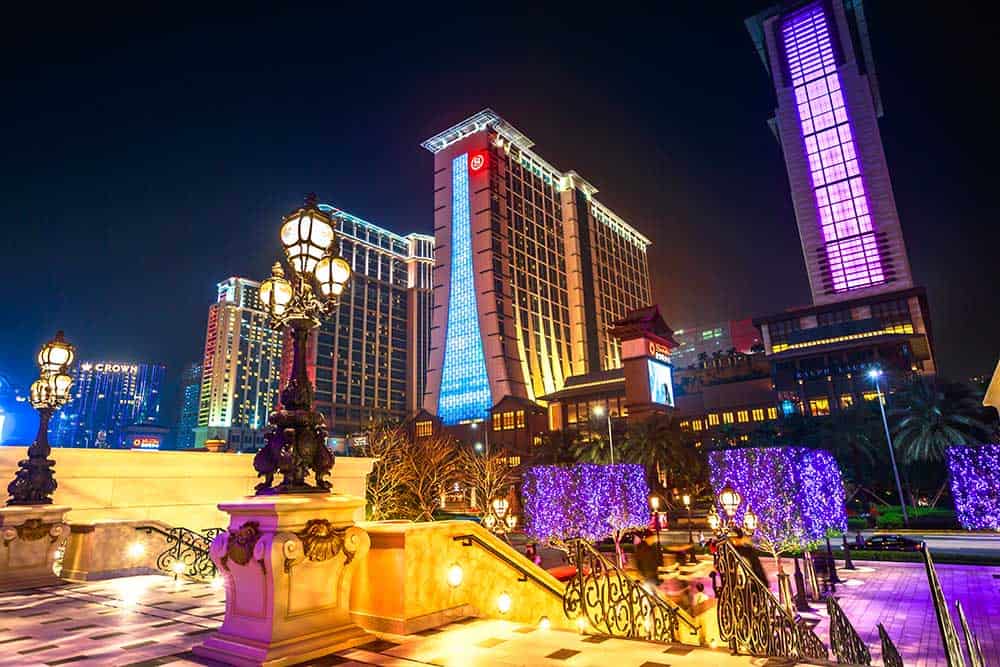 The region has received a major tourism boom, thanks to the casinos on the Cotai Strip, making it one of the top points of interest in Macau. With theatres, shopping malls, five-star restaurants, rides, gambling, and pools, you never need to leave the area.

Get you fill of seafood at Macau Fisherman’s Wharf

The outer harbour of the peninsula was once a bustling waterfront full of seafood vendors and crews loading and unloading supplies from ships. It’s now one of the main areas for tourists and entertainment. 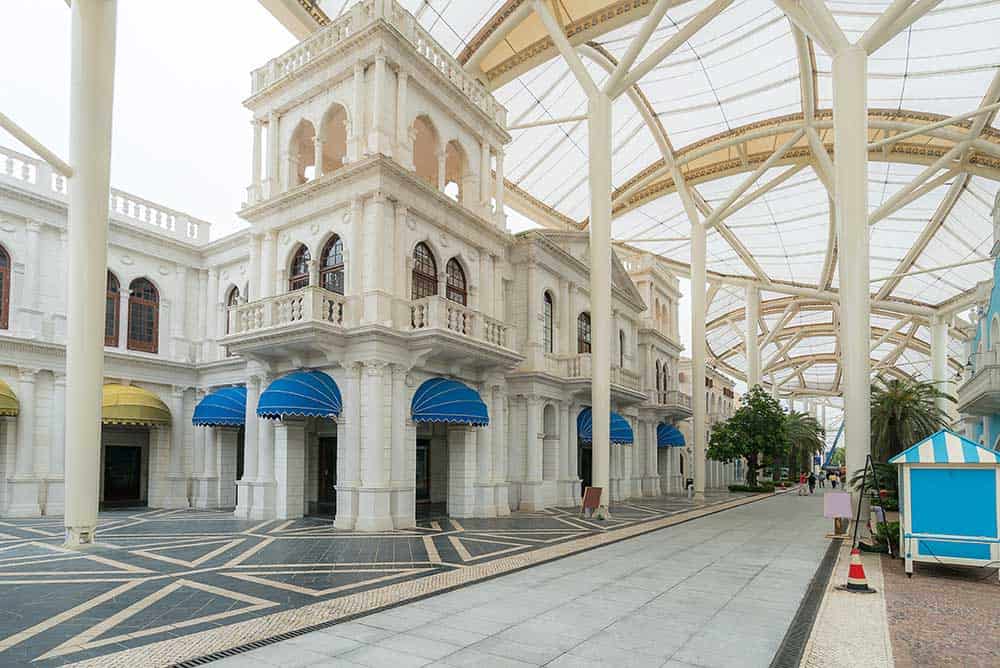 Macau Fisherman’s Wharf is the stretch of the harbour just south of the ferry terminal. It includes a complex of casinos, hotels, rides, restaurants, and shops. The stores are all designed to reflect different waterfront regions, such as New Orleans, Miami, and the Italian Riviera.

Explore over 70 establishments near the seaport. You can also find roller coasters and other rides at the theme park and shopping malls within the convention and exhibition centre.

Marvel at the animals in the Macao Giant Panda Pavilion

As you may expect from the name, the Macau Giant Panda Pavilion has pandas, but that’s not all. It’s a popular zoo with a wide range of animals. 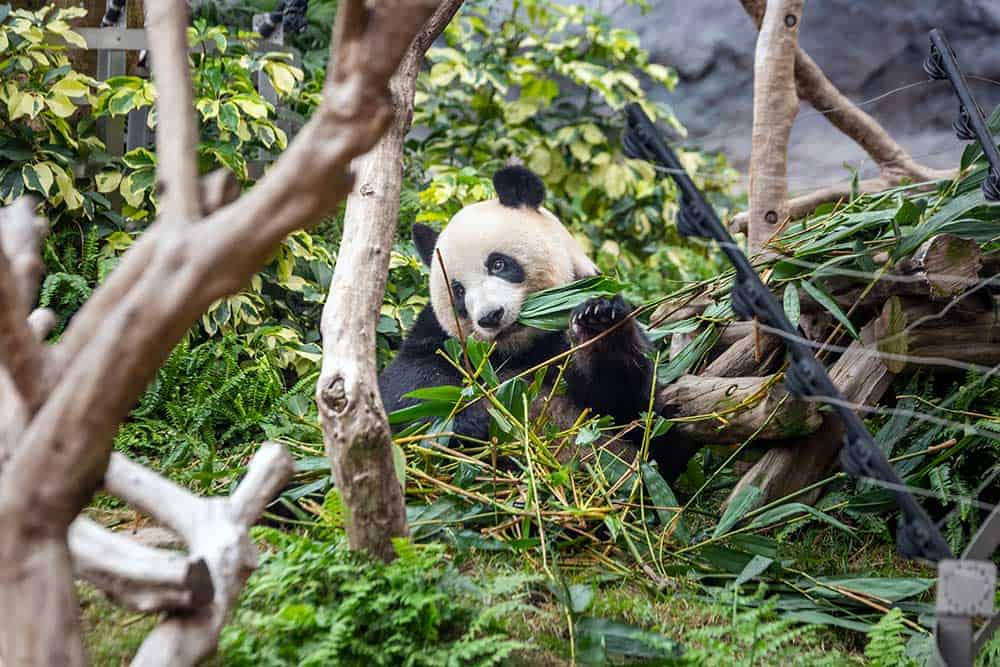 Watch flamingos, gorillas, and monkeys as you travel around the 3,000 square metres of the zoo. The site includes indoor and outdoor areas and a pavilion with its own gift shop and restaurant.

While a trip to the zoo is always fun, you may need to skip it during a short trip. For example, if you’ve only got 24 hours in Macau, you’ll likely need to stick to the sites on the main peninsula, Taipa, and Cotai.

Where to stay in Macau for sightseeing

Compared to its autonomous territory sibling Hong Kong to the east, choosing where to stay in Macau isn’t nearly as much of a challenge. For most travellers, Macau Centre, occupying the territory’s northern peninsula, is the best place to start searching for your accommodations. If you’re looking to gamble and want the full-on Macau luxury experience, the Cotai Strip to the south of the city centre is another good option. Here a couple recommended hotels…