Centrally located between Tokyo and Osaka, Nagoya is the third-largest city and one of the best places to visit in Japan, especially for foodies.

It has unique local cuisine called Nagoya meshi. The city’s quickly earning a reputation for its food culture.

Of course, there are plenty of other things to do in Nagoya besides eating. It’s home to many incredible cultural treasures, modern museums, and major shopping districts. You can learn about the history of Toyota at one museum and then cross the block to explore important art pieces at another.

Don’t know where to start? Plan a far-reaching tour of the city with this guide to the best Nagoya attractions…

What to do in Nagoya: Top attractions & places to visit

Marvel at the latest restorations of Nagoya Castle

Built in 1612 and burned down during the Second World War, Nagoya Castle has gone through several major reconstructions. 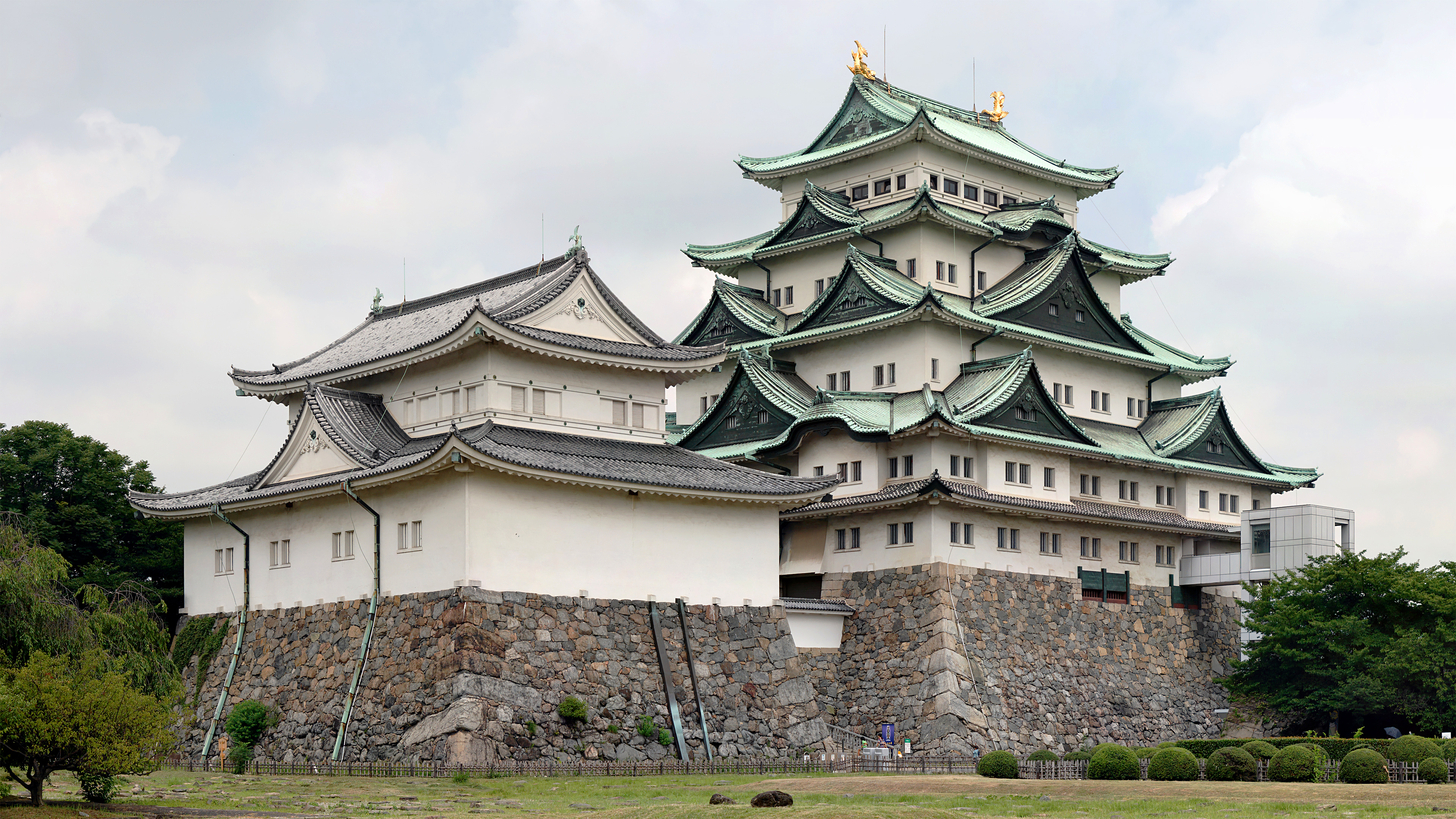 A trip to the castle is a necessary part of Nagoya sightseeing, but it’s not the most impressive site.

The castle is undergoing even more renovations. Large parts are being demolished and reconstructed to more closely resemble the original castle.

Depending on when you visit, the castle may not even be open to the public, but you should still visit to check out the work in progress.

If you’re lucky enough to visit when the castle is open, explore the various displays containing significant cultural artifacts. You can learn about the lives of those who lived in the castle and check out the upper floors of the castle tower.

One of many Nagoya’s museums, Tokugawa Art Museum contains collections of rare items and artifacts from the Tokugawa family. The museum includes over 10,000 pieces, and you’ll get to see a good chunk of them during the guided tour.

If you visit the museum, plan to spend at least two to three hours checking out the main exhibits. It’s a must-see destination for history buffs, but everyone else should have a good time as well.

The highlights include real samurai armour and swords. You can learn how the samurai prepared for battle and understand a bit more about the history of the Tokugawa Shogun area.

If you run out of ideas on what to do in Nagoya, visit a shrine. As with most major Japanese cities, Nagoya is home to several culturally important shrines. The most-visited is Atsuta Shrine. 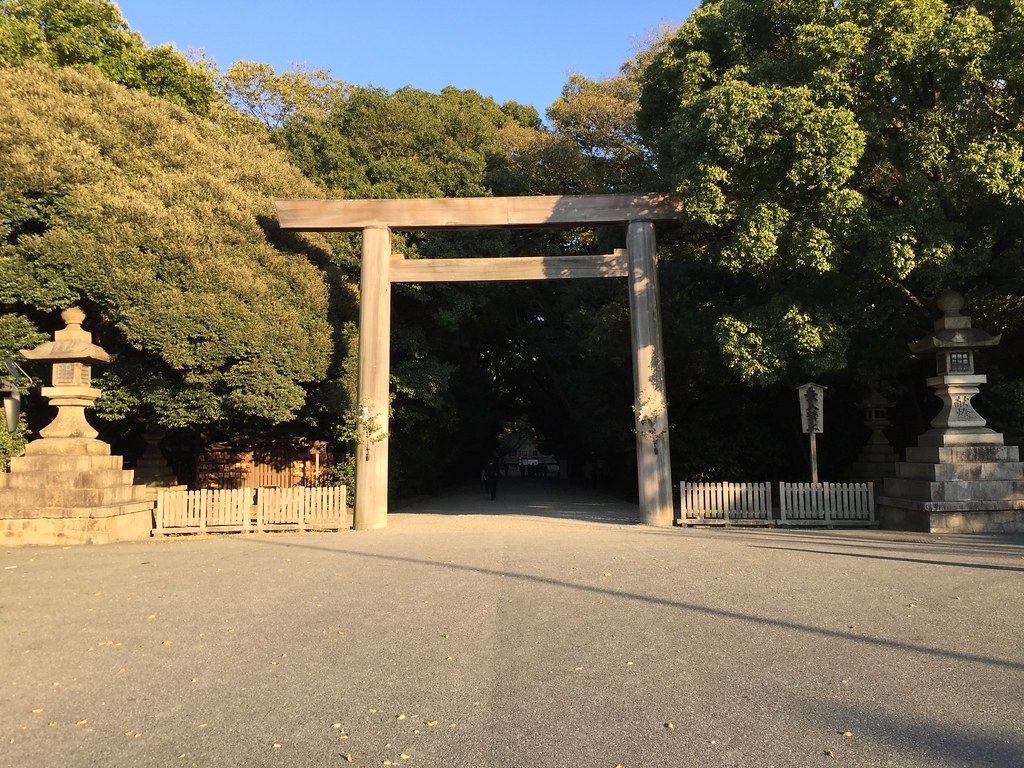 Millions of visitors come to this attractive shrine featuring traditional Japanese architecture. It’s in the centre of a park, adding to the peaceful atmosphere.

As with many Japanese shrines, this spot contains rare historical items. The treasure hall contains over 4,000 ancient relics, some of which are on display.

If you’re lucky, your visit will coincide with any of the 70 festivals and ceremonies held each year at the shrine.

The Nagoya City Science Museum is a magical spot with interactive displays that will leave you breathless, such as the artificial tornado that can reach up to nine metres high or an amazing recreation of the aurora borealis. 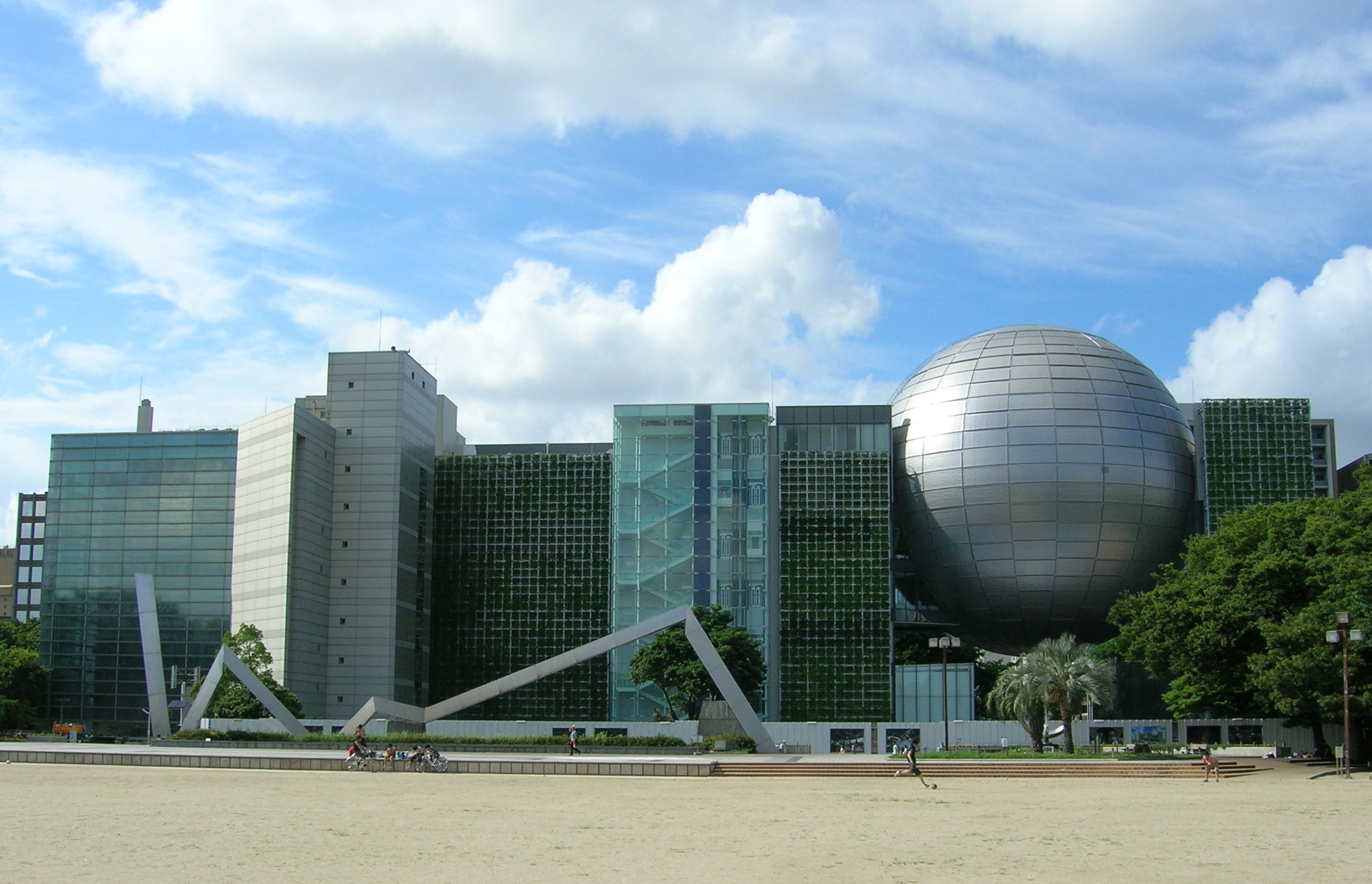 These attractions help make the science museum one of the best places to visit in Nagoya, but the real treasure is the planetarium.

Called Brother Earth, it’s the world’s largest planetarium. With a diameter of 35 metres, you get a truly realistic look at the night’s sky during the middle of the day.

Marvel at a miniature Nagoya cityscape at Legoland Japan

For kids and those who are kids at heart, adding a trip to Legoland Japan to your Nagoya itinerary will be unforgettable.

You can get tickets online in advance to explore the park. You can even stay at the Legoland Japan Hotel, built to look like a full-size Lego structure.

The displays range from life-size exhibits to miniature versions of major Japanese cities. The miniature display of Nagoya built out of Legos is one of the more interesting things to see in Nagoya.

The entire skyline, including all the notable buildings, is accounted for. You’ll be able to point out the spots that you’ve visited throughout your trip.

Drive a bullet train simulator at SCMaglev and Railway Park

Besides Legoland, there are many other interesting Nagoya points of interest, including the Railway Park. It was opened in 2011 and showcases the development of the high-speed bullet train. 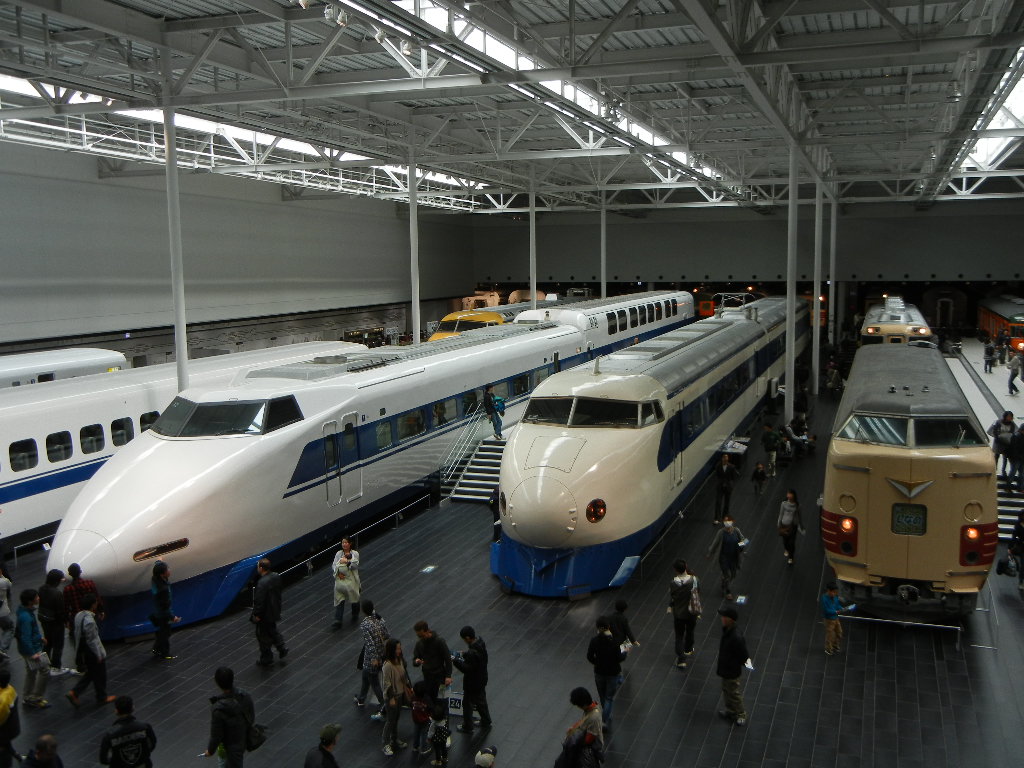 It also includes a realistic simulator that puts you behind the controls of one of the bullet trains. It’s a fun exhibit for tourists of all ages.

The museum also includes 39 full-size trains and a large railway model diorama. While this destination is best experienced by train lovers, everyone should enjoy the unique museum.

The only potential issue that you may have is that almost nothing is in English!

Osu Kannon Temple is just outside the shopping district. As with Nagoya Castle, the city has rebuilt the temple a couple of times. 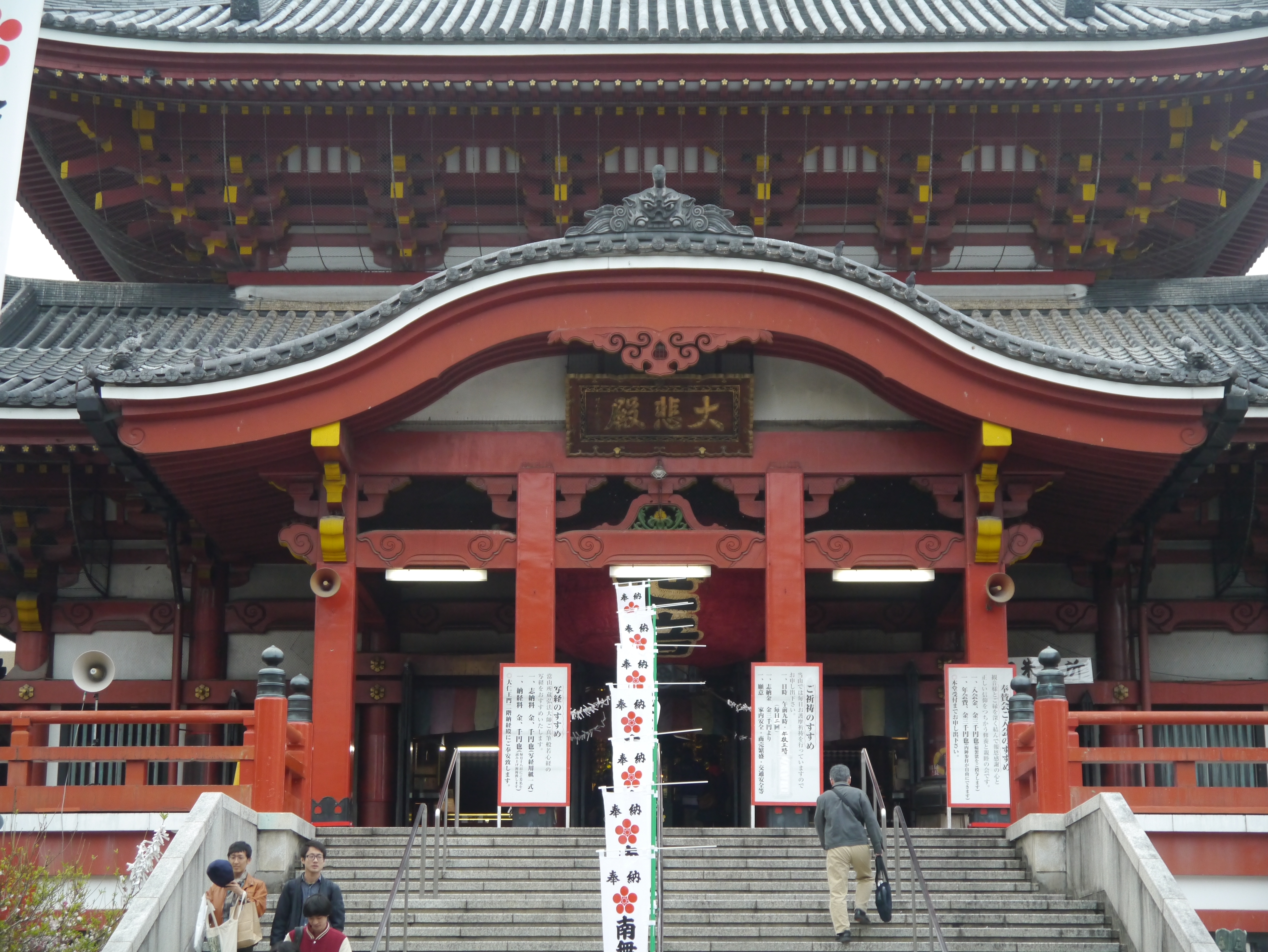 Osu Kannon includes more than just a chance to tour another religious site. It’s also the home of the Osu Library, containing over 15,000 historical books and manuscripts. It even has rare copies of the Kojiki, the oldest historical book in the country.

When you get there, make sure that you write a wish on a piece of paper and tie it to the massive red paper lantern hanging from the ceiling. Your wish may just come true.

Browse knick-knacks on Endoji Street and electronics on Osu Street

If you want to know where to go in Nagoya for shopping, dining, manga, and maid cafes, visit Osu. Osu shopping street is the main street in the Osu commercial district, and it covers several blocks.

Osu is the centre for entertainment and culture in Nagoya. You’ll find over 1,200 businesses selling just about everything, including electronics and toys.

Endoji is the opposite of Osu. Instead of lines of modern shops with flashy billboards and posters, you get rows of old historic houses and warehouses.

Endoji is an historic shopping street and a short walk from Nagoya Station, making it easy to visit. It’s also right next to Endoji Temple if you want to visit another temple during your trip to Japan.

Where to stay: The best hotels for sightseeing in Nagoya

Like many bigger cities in Japan, choosing where to stay in Nagoya can be a bit of a challenge if you aren’t sure where to start. For most first-time travellers, Naka Ward is the best place to start your search as many of the top points of interest in Nagoya are centred around the area. Here are a few ideas…