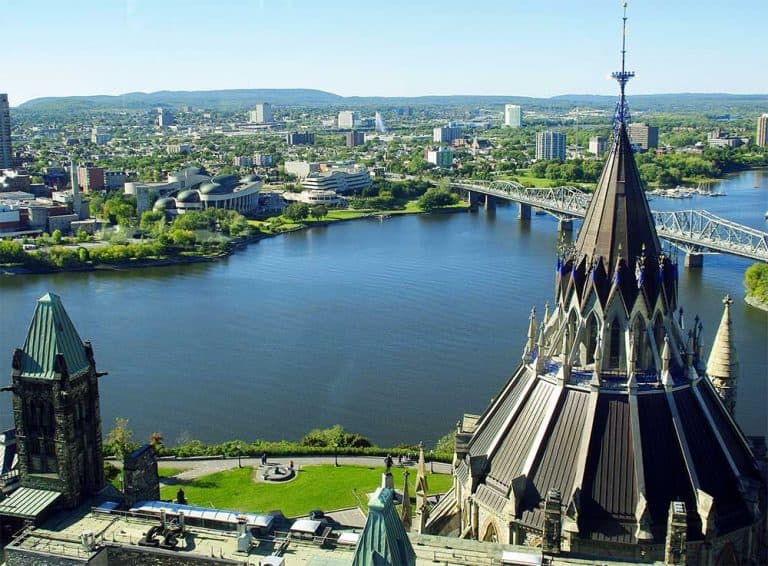 Planning a trip to Canada? Don’t leave without checking the best things to do in Ottawa, Ontario.

The unassuming Canadian capital isn’t as well-known as other cities in Canada. That doesn’t mean it’s any less compelling for visitors.

For history buffs, the top tourist attractions in Ottawa are among the country’s best. Got questions about Canadian military history, science & technology, nature, or arts & culture? You’ll find answers in Ottawa’s museums. Enlivened by splendid historical architecture? Ottawa’s not short on that either.

Ready to figure out what to do in Ottawa? Plan your ultimate trip to Canada’s capital with this guide to the best places to visit in Ottawa…

Even if you have only one day in Ottawa, carve out some time to visit Parliament Hill.

Home to some of the most fascinating heritage architecture in Canada, Parliament Hill is striking in its appearance. 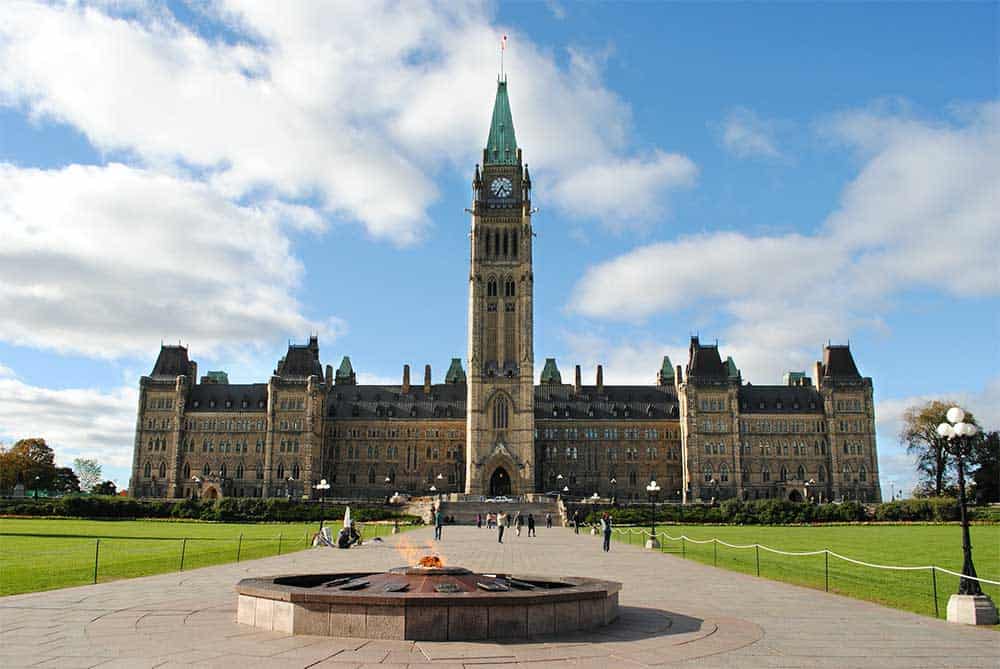 Set on the banks of the Ottawa River, the buildings are splashed with gaping archways and patina-splashed copper turrets. They sit in stark contrast to the modern architecture downtown Ottawa.

The Canadian Parliament Building is as impressive inside as outside. Book a tour to get the full experience. Tours of the East Block & West Block last about 45 minutes. They depart between 8:30am to 4:30pm during the July to September tourist season.

(As you might expect, be prepared for extensive security checks upon entry.)

The historic Rideau Canal stretches over 200 kilometres from Lake Ontario to the Ottawa River. Since the early-19th century, it’s been one of Ottawa’s must-see attractions.

How you experience Rideau Canal will depend on which season you visit. In the summer tourism season, checking out the canal on a sightseeing cruise is a must. On the ride, you’ll float through the heart of downtown Ottawa. You’ll love catching a glimpse some of Canada’s most beautiful heritage architecture. 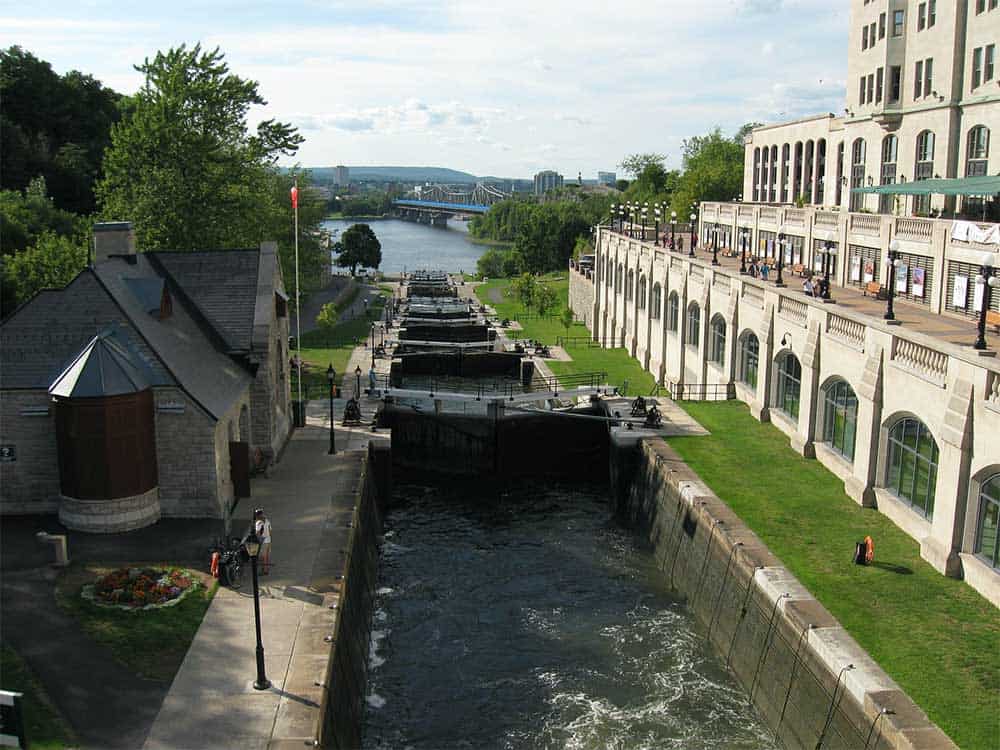 The most interesting time to visit the Rideau Canal is in winter. During Ottawa’s chilly winter season, the famous Rideau Canal Skateway opens for business.

The skateway is the world’s largest skating rink. It slides 7.8 kilometres between Dows Lake and the Ottawa River. If you decide to make a day of it, you’ll find plenty of stops along the way with food & hot drinks to warm up.

One of the oldest areas in Ottawa, ByWard Market has been hoppin’ since 1826.

Named after Lt-Col. John By, builder of the Rideau Canal, this four-block city square is a popular Ottawa hotspot. Today, it’s chock-loaded with some of Ottawa’s most popular restaurants, pubs. There’s also a handful of boutique shops, art galleries, and museums in the area. 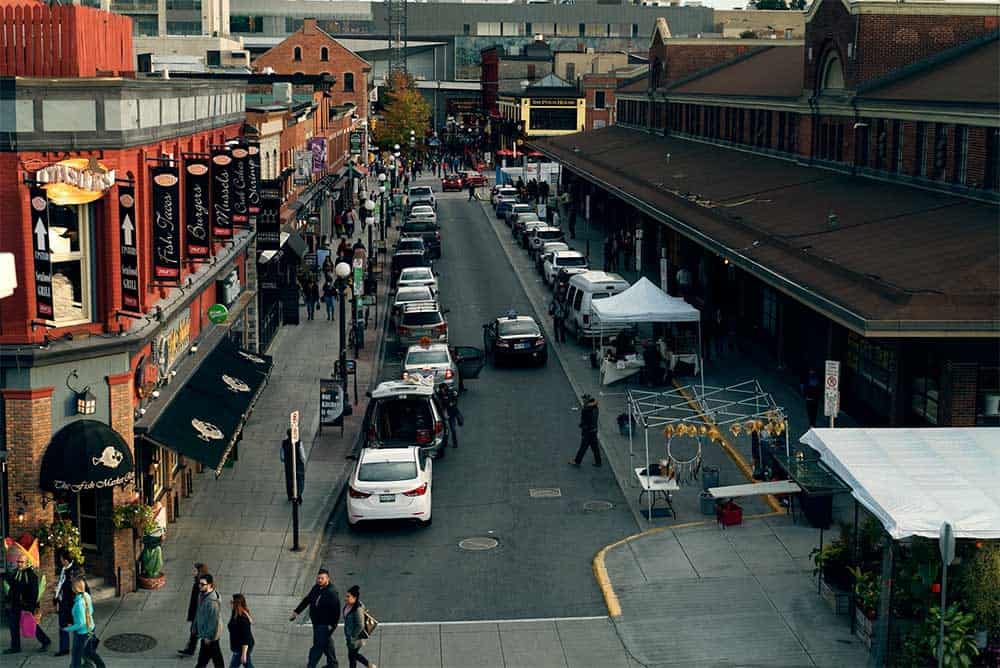 Both tourists and locals alike love wandering through this market square. Join them to experience some of the finest shopping, eating, and drinking in Ottawa.

Within the ByWard Market building itself, you’ll find plenty of Canadian food delicacies. The varied selection represents Canada’s multiculturalism at its apex. You’ll also breeze through an army of vendor stalls. The vendors here peddle everything from hand-crafted souvenirs & clothing to used books.

The best time to visit ByWard Market is on a summer evening. At night, the streets come alive as people fill the area’s patio restaurants & bars.

Even if you’re not a military history buff, the Canadian War Museum is one of the best museums of its kind anywhere. For many visitors, it’s one of the top points of interest in Ottawa. 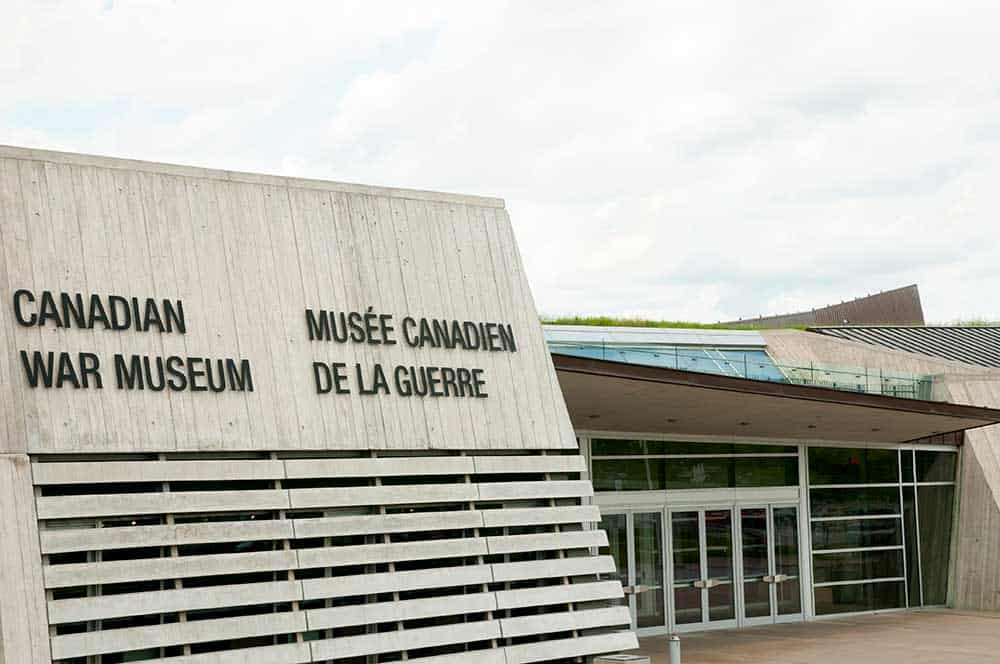 The meaningful exterior design of the museum opens up to an eclectic collection. The permanent & temporary exhibitions here touch on both Canadian and world military history.

The exhibitions weave a narrative of major conflicts that Canada participated in. Eras covered include World War I, World War II, and even the Cold War. Each tells harrowing stories using interesting artefacts, photos, and interactive media.

One of the most interesting exhibits at the Canadian War Museum is Adolf Hitler’s armoured Mercedes-Benz. You’ll also get to see the battle-worn coat of Sir Isaac Brock, the military commander of the former British colony of Upper Canada.

Rather be in the wild? Then you’ll love the Canadian Museum of Nature!

This amazing museum explores the vast Canadian wilderness. With its fascinating interactive exhibits, it’s among the best museums in Ottawa.

At this popular science museum, there’s plenty to learn. The exhibits cover everything from Canadian flora & fauna to fossils & minerals. 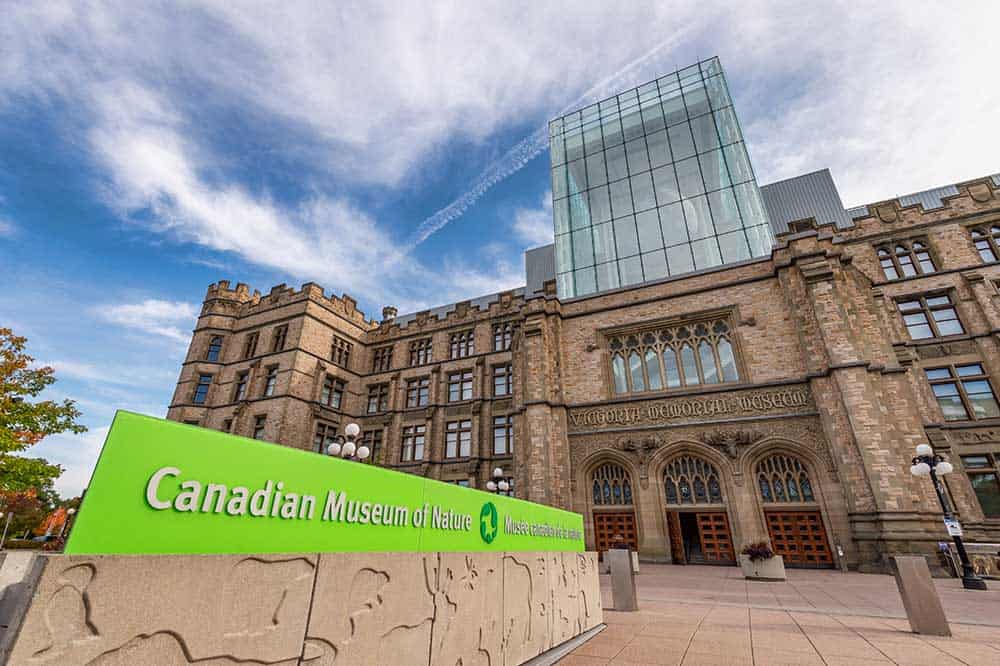 Among the most popular exhibits at the Canadian Museum of Nature are some of the best family-friendly activities in Ottawa.

Another point of interest at the museum is the Water Gallery. It’s home to several live sea creatures. The highlight for many, kids and adults alike, is the giant blue whale skeleton.

Be sure to also and the Earth Gallery. It features a limestone cave and interactive model of volcano activity.

Art fans stumped on what to do in Ottawa need to set aside some time to peruse the National Gallery of Canada. This landmark art museum is home to one of Canada’s finest collections of contemporary & historical artwork. 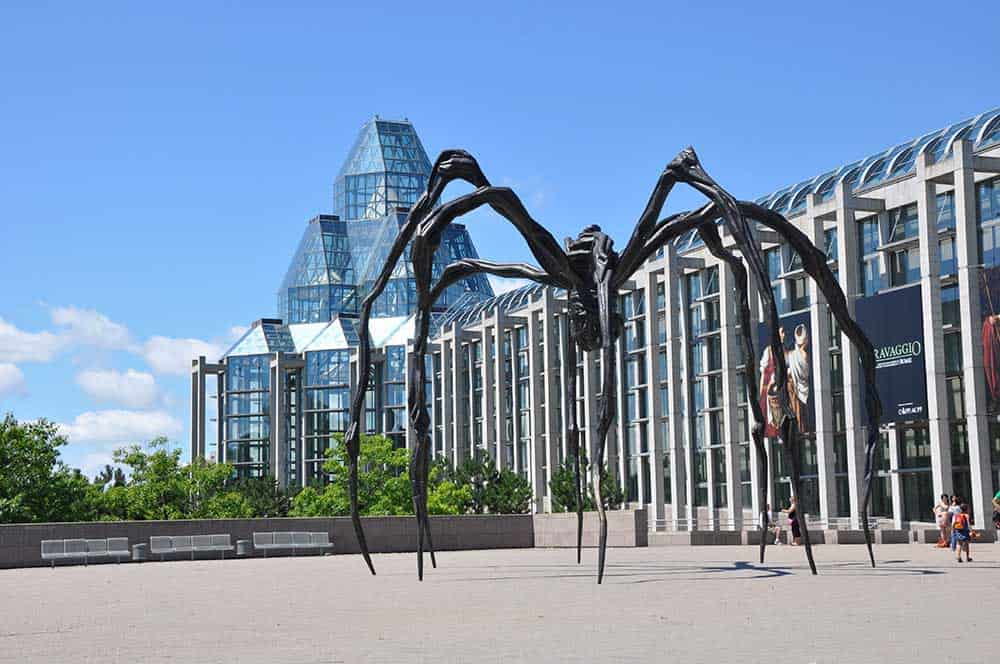 While checking out this top Ottawa point of interest, be sure to stop by the Canadian & Indigenous Galleries. The galleries showcase ancient Indigenous relics, Inuit sculptures, and Group of Seven paintings.

The art gallery is also home to one of the finest collections of European and Asian art in Canada.

Opened along the Ottawa River at the turn of the 20th century, Britannia Park is one of the most popular parks in Ottawa. It’sa fantastic place to escape from the bustle of downtown Ottawa.

Hopping over to Britannia Park is especially worthwhile if you’re travelling to Ottawa with kids. There’s plenty to do in this lovely riverside greenspace in every season.

In winter, strap on snowshoe for a snowshoeing adventure. In autumn, go hiking among the fall colours. In summer, picnicking & swimming at Britannia Beach reigns supreme.

Where to stay in Ottawa for sightseeing

Although it’s Canada’s fourth-largest city, choosing where to stay in Ottawa isn’t too much of a challenge. For most travellers, the best area to stay is Downtown Ottawa. This includes the areas around Sparks Street, ByWard Market, and the Golden Triangle.