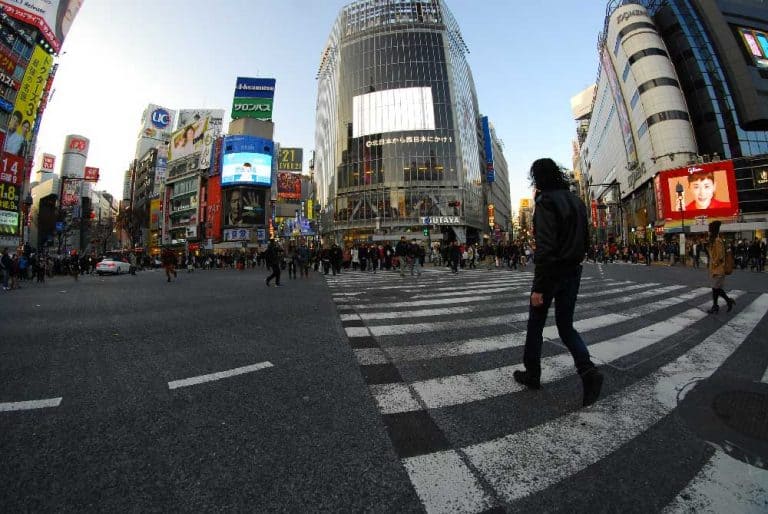 Along with neighbouring Shinjuku, fulfilling your dreams of hyper-urban Tokyo comes easily as you dig into the best things to do in Shibuya.

There’s more to Shibuya than first meets the eye. Besides wading through designer clothes or emptying your wallet, there’s more than a handful of interesting tourist attraction & places to see in Shibuya to fill up your days.

Ready to start exploring what to do in Shibuya? Send your trip through one of Tokyo’s most interesting areas with this quick & easy Shibuya attractions  guide…

What to do in Shibuya: The top attractions & best places to visit

Battle the crowds at Shibuya Crossing

There’s no better way of introducing one of Tokyo’s top areas than Shibuya Crossing. Rumoured to be the world’s busiest intersection (and, so far, I’ve seen little evidence in any other megacities to refute it), Shibuya Crossing, also known as Scramble Crossing for obvious reasons, is quite a sight during Tokyo rush hour and one of the best places to visit in Shibuya. 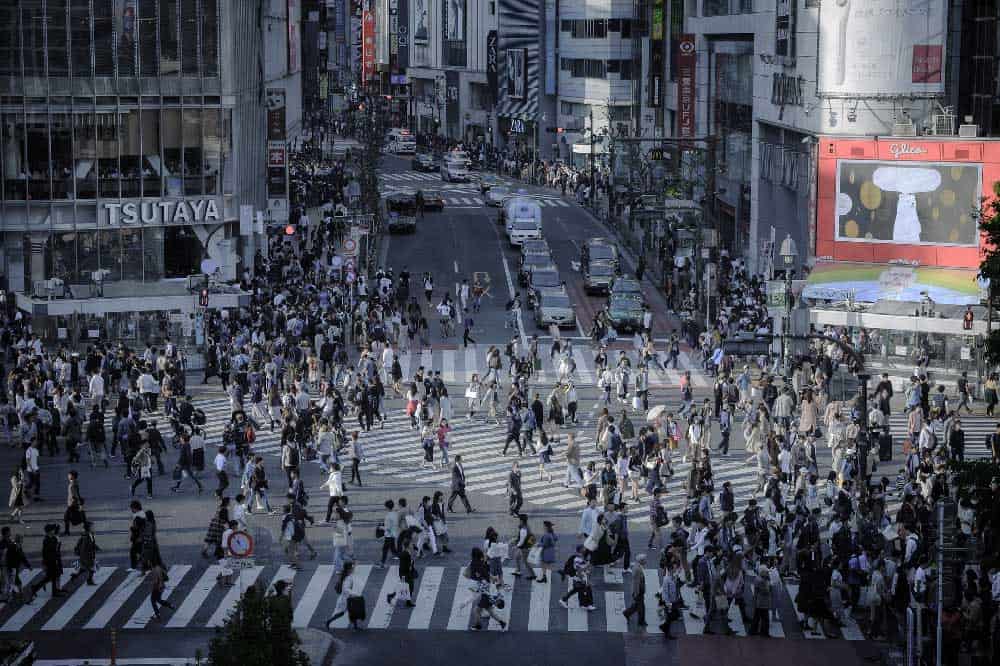 If you aren’t interested in battling through the dense crowds, view Shibuya Crossing from afar instead.

Some of the best vantage points include the Shibuya Station/Shibuya Mark City walkway, the 11th floor of the Hikarie building, and, the Starbucks at the north end of the intersection.

Step into Tokyo’s past at Nonbei Yokocho

Like Omoide Yokocho or Golden Gai in Shinjuku, Nonbei Yokocho is Shibuya’s answer to what Tokyo was like following World War II.

This small somewhat rundown alleyway, affectionately known as Drunkard’s Alley, is home to a handful of small bars & restaurants that whisk you back to Shibuya before its big commercial boom. 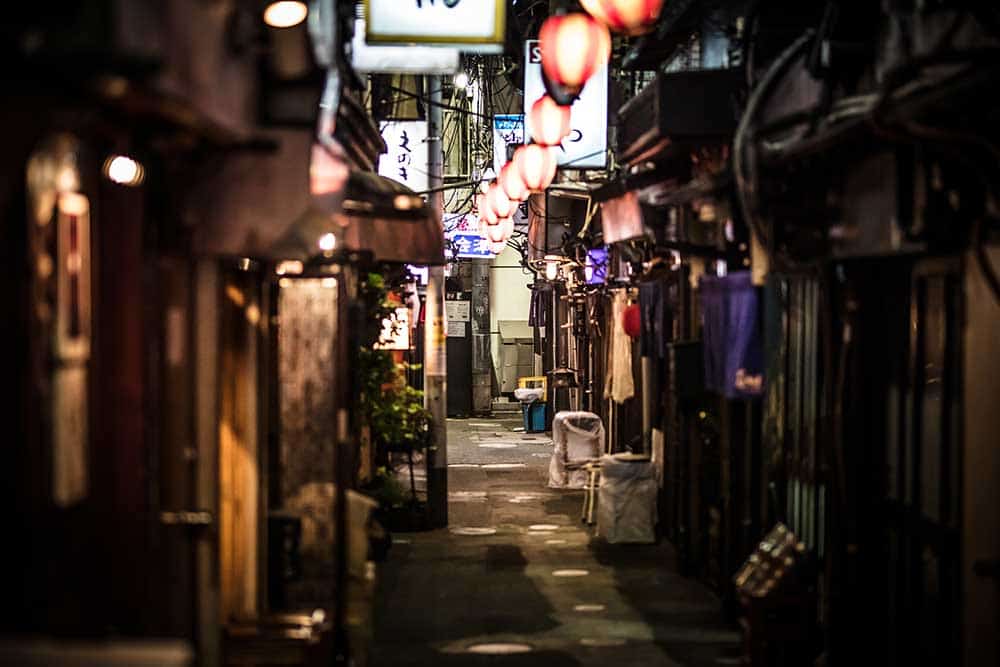 Not that there’s any shortage of great places to eat in Shibuya, but the restaurants of Nonbei Yokocho are well-known for their yummy yakatori and other small snacks that wash down oh-so-well with a cold beer or sake.

Scoping out a meal at one of these small establishments will, undoubtedly, become one of the most memorable things to do in Shibuya.

If you’ve got a soft spot for dogs, you’ll want to get out some Kleenex before you hear the story of Hachiko, a loyal 4-legged friend who’s become quite the legend in Shibuya. 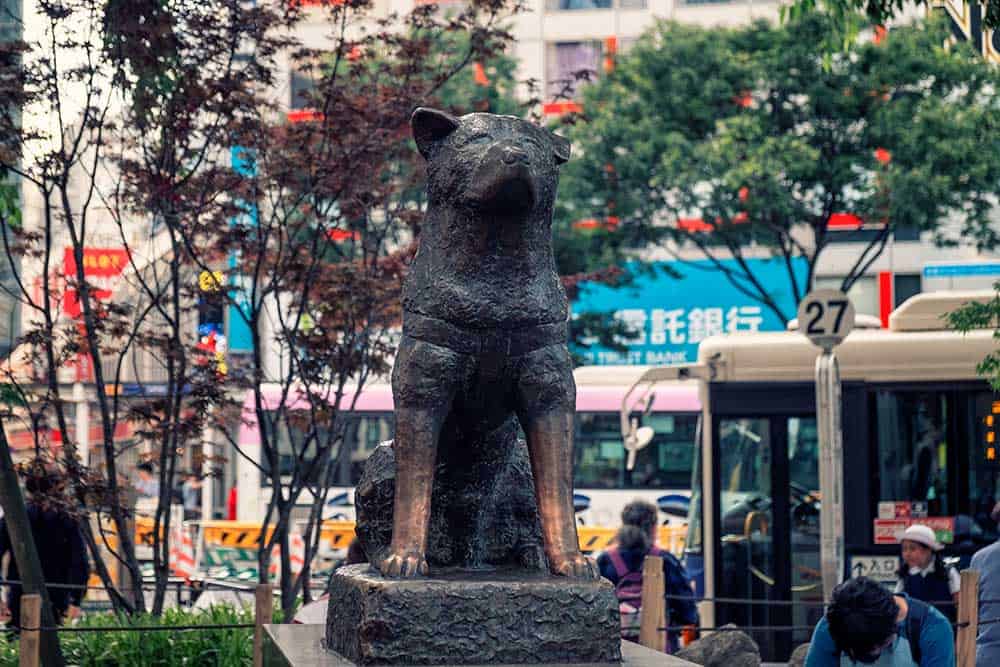 The story begins with a local professor who used meet his puppy, Hachiko, every day after work at Shibuya Station for an evening walk around the neighbourhood.

One day, the professor didn’t show up, never to emerge from the station again. Hachiko, seeking to unite his best friend, returned to their meeting spot every day until his own death nine years later.

Today, you’ll see Hachiko immortalized outside of Shibuya Station as a bronze statue.

The statue’s square, renamed Hachiko Plaza in the dog’s honour, is now one of the most popular meeting spots in Shibuya.

Even though there’s not much to the statue, it’s one of the top things to see Shibuya, if for no other reason than to warm your heart.

One of the quirkiest things about Japan is the wide variety of—umm, different—accommodation styles spread throughout the country. If you thought capsule hotels were weird, then you’re in for an even bigger surprise in exploring Love Hotel Hill. 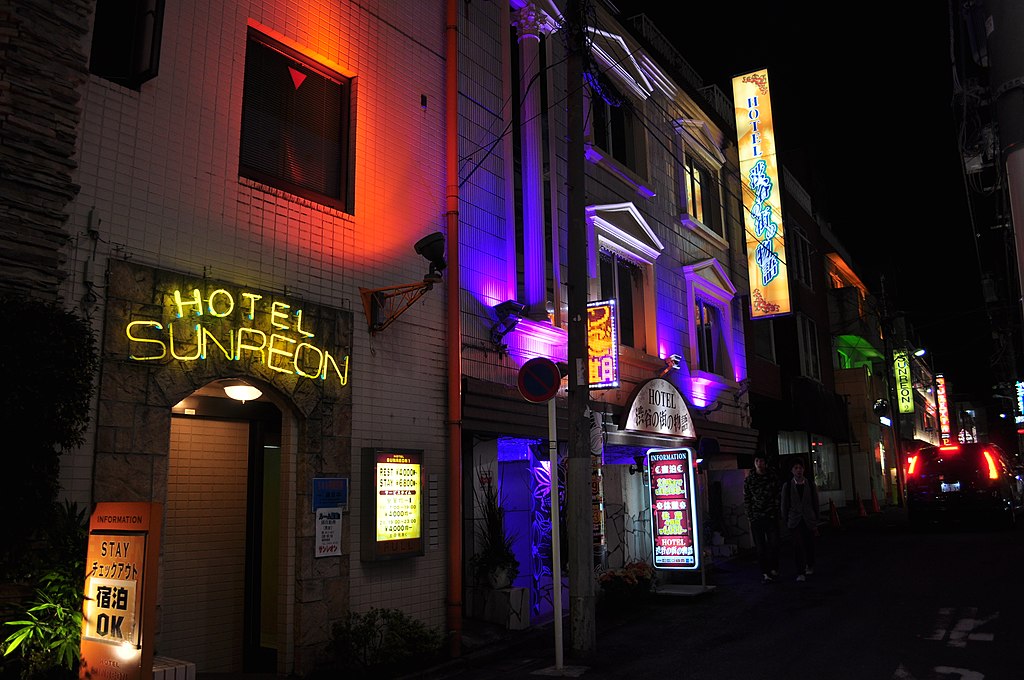 Love hotels are popular alternatives for, well, very short-term accommodations. And Shibuya’s Love Hotel Hill (in the Dogenzaka area) has among the highest concentration in the country.

The architecture of love hotels is usually quite bizarre, and is, on its own, a reason to walk among them as you explore the best things to do in Shibuya.

To take the experience up a notch, you could always choose to stay in a love hotel for either a “rest” (hourly) or “stay” (full-night).

Keep in mind that not all love hotels are created equal with some along this strip being a tad less “classy” than others.

Shibuya’s one of the Tokyo’s most popular shopping districts, and Shibuya 109 is as close to ground zero as you’ll get for women’s fashion in Japan.

This 10-floor shopping mall has been hovering over the Shibuya skyline since 1979, and remains one of the top places to shop in Shibuya for trendy looks for women under 30. 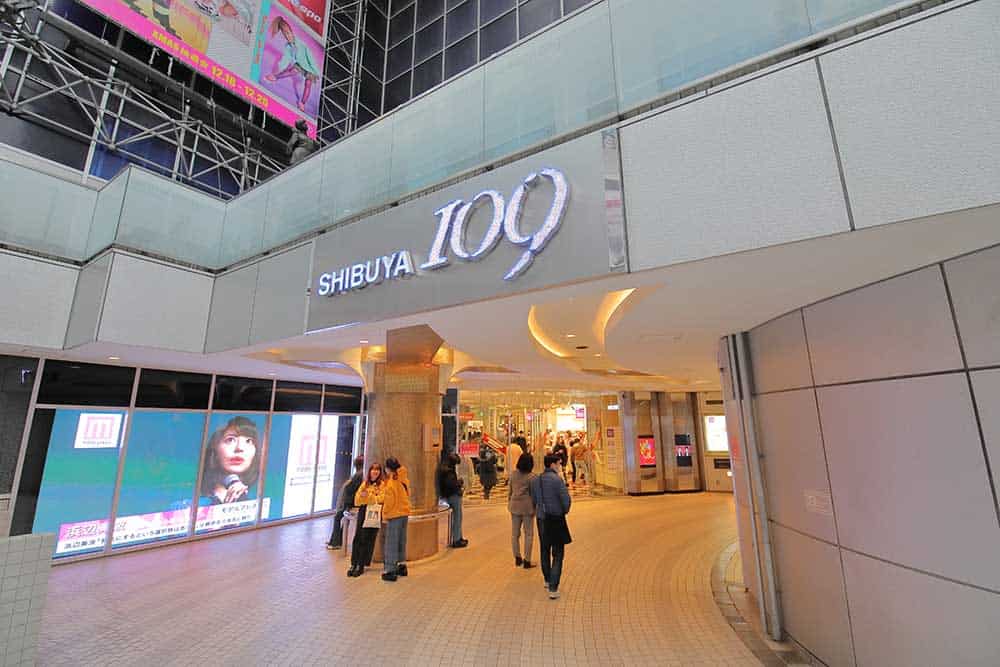 Men aren’t totally out of luck either.

While wives/girlfriends/female travel buddies plow through all their yen at Shibuya 109, males can check out the adjacent Mens 109 for all the latest men’s fashions.

The youthful energy of Shibuya comes to a fore along Center Gai (Sentagai), a short pedestrian street shooting out from Scramble Crossing.

The street is lined with a wide array of trendy shops, izakaya, pachinko parlours, and fast food joints that attract a mainly under-30 crowd. 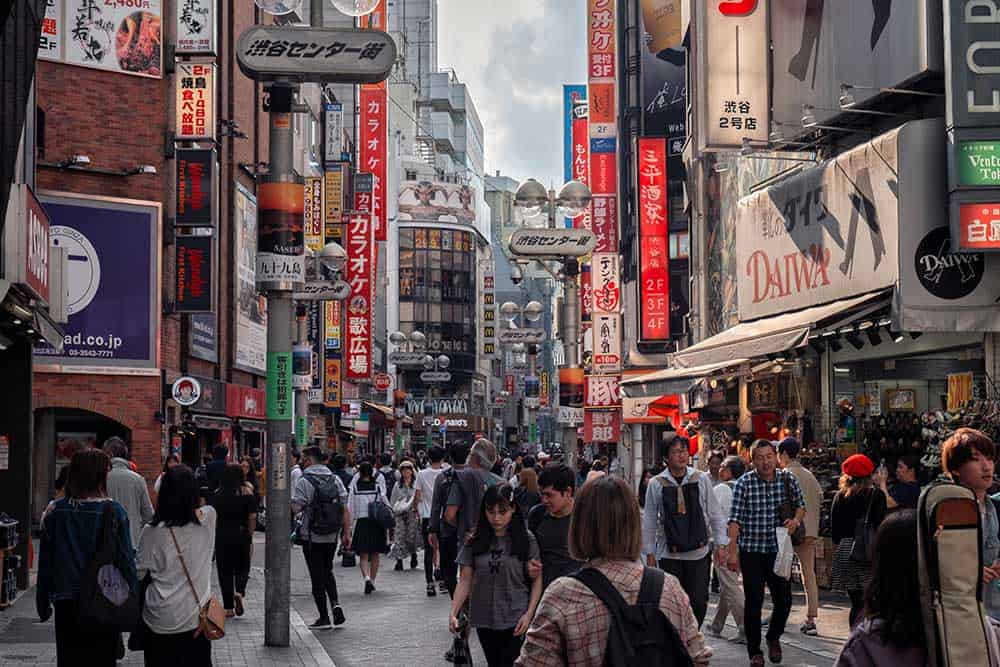 Besides all the shopping and eating options along it, Center Gai is a fantastic place to see the Tokyo youth subcultures at work.

It’s justifiably one of the most popular places to see in Shibuya for street photographers thanks to its vibrance; be sure to charge up your camera!

Sure, it’s a Japanese chain restaurant, but don’t let that stop you from experiencing the divine flavours of Tonkotsu ramen at Ichiran.

This famous noodle soup from Fukuoka (and one of the most popular dishes in Tokyo) draws its power from a rich slow-simmered pork-bone broth that’s absolutely packed with umami. 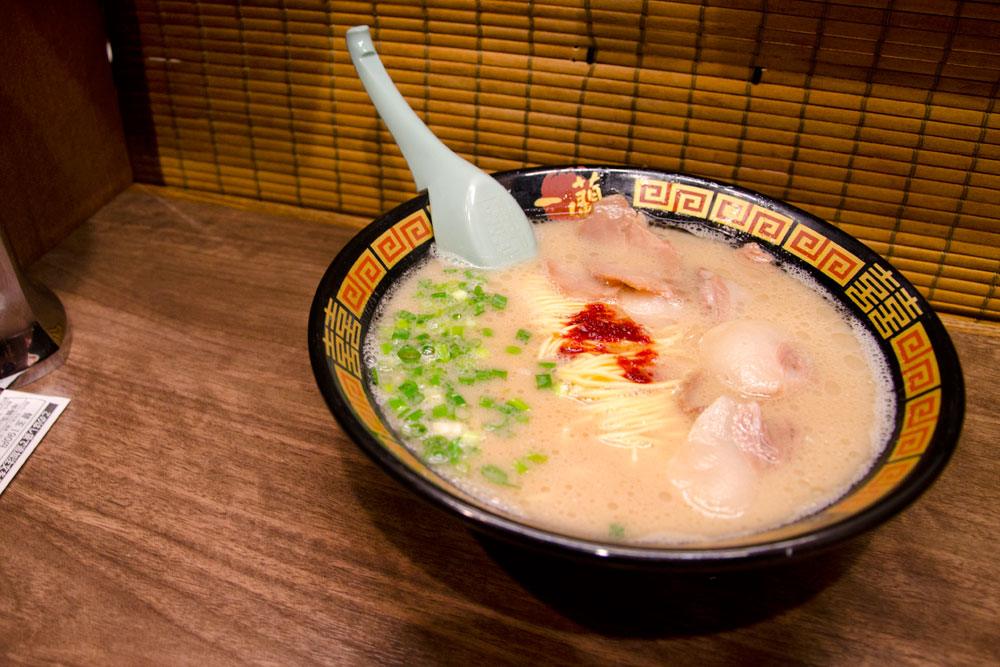 You’ll be faced with several options for your ramen from the richness of the broth & the firmness of the noodles to the toppings & spice levels.

It’s a slightly confusing experience the first time, but definitely one of the must-have experiences in Tokyo that you won’t soon forget!

Even if Konno Hachimangu Shrine can’t quite compare with the likes of Meiji, the fact that it’s remained smack-dab-in-the-middle of Shibuya for centuries—through vicious WWII bombing campaigns, I might add—is as impressive a reason to visit as any. 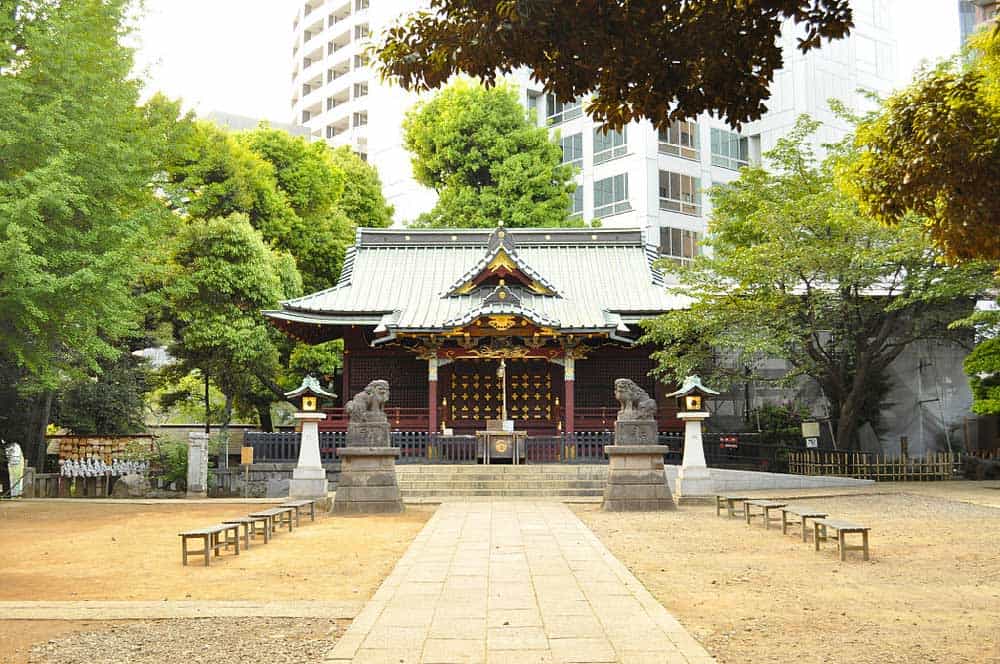 Although now surrounded entirely by newer high-rise buildings, Konno Hachimangu Shrine features some of the only buildings in Shibuya that date back to the feudal times. It’s easy to see why it would top a list of what to see in Shibuya!

Wander around here a little to try to piece together—however difficult that may be—what Shibuya might have been like before it got swallowed whole by the rest of Tokyo.

Best hotels in Shibuya: Where to stay for sightseeing 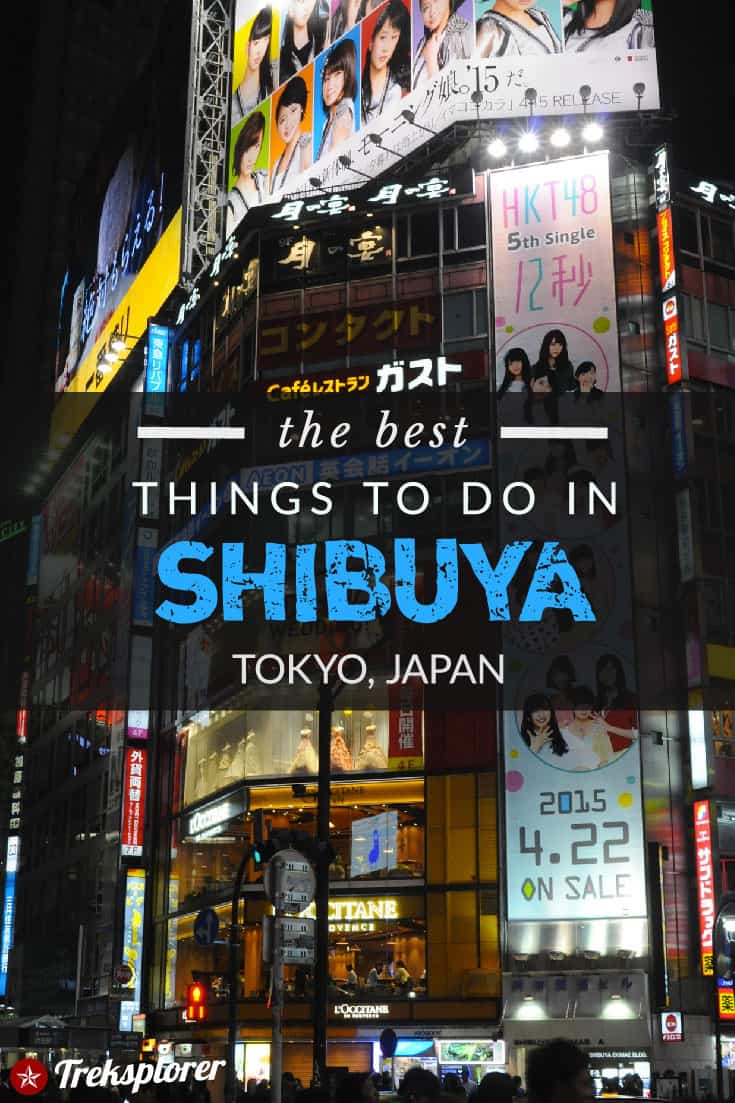