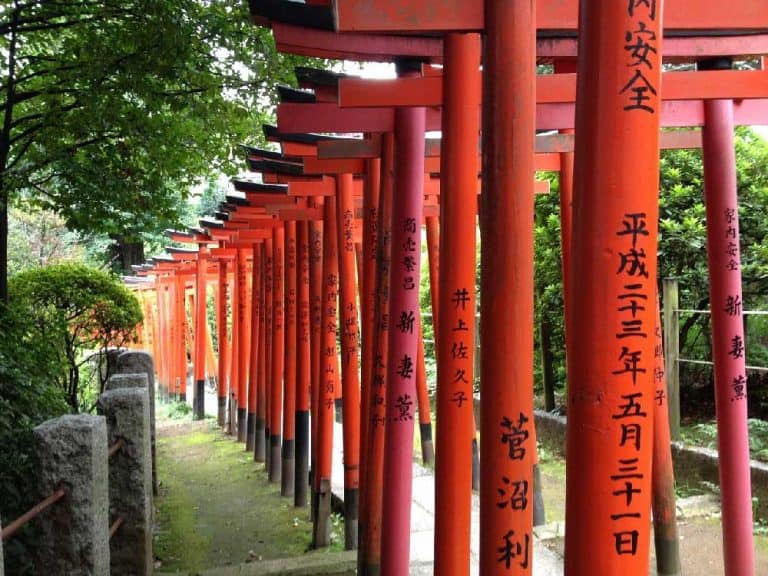 Anyone planning on visiting Tokyo should take the time to discover the best things to do in Ueno. Located in the Taito Ward, Ueno is a quiet district best known for its cultural sites and public parks.

Some of the top Ueno attractions include popular and unique museums and temples, but there’s more to see. Locals and travellers flock to the area for the cherry blossoms and discount shopping. It’s also home to a small zoo with pandas and other rare animals.

Ueno is also part of the historic Shitamachi district in Tokyo and is in close proximity to a major transportation hub.

Don’t know where to go in Ueno? Start planning your itinerary with this guide to the best places to visit in Ueno…

What to do in Ueno: Top attractions and best places to visit

Ueno Park is the first place that travellers typically visit in the district, as most of the attractions are within the park grounds or just a few blocks away. The sprawling park covers over 530,000 square metres.

Unfortunately, you only have a short window for seeing the cherry trees in full bloom. You’ll need to visit toward the end of April or first week of May.

Learn the history of Japan at the Tokyo National Museum

Even if you don’t stay in Ueno, visiting the Tokyo National Museum is one of the top things to do in Tokyo. The museum is inside the grounds of Ueno Park and includes a massive collection of over 110,000 items.

It’s one of the best locations for viewing real samurai armour and original Japanese woodblock prints. You’ll also discover priceless treasures and artifacts from other countries.

Along with indoor galleries and exhibits, the museum includes a large outdoor garden. The traditional Japanese garden is visible from the Honkan terrace in the main gallery.

Most of the top points of interest in Ueno are shrines and temples, including Hanazono Inari Shrine. It’s in Ueno Park, making it easy to add to your itinerary.

The shrine is mostly known for its entrance. To reach the shrine, you need to pass through a series of torii gates. Locals claim it has 1,000 gates. While it may not have that many, it has at least a few hundred.

The passage takes you through woods, which eventually open to reveal a small shrine. It’s a rustic, tranquil spot, making a trip to the shrine a unique natural escape within the city.

Gaze across the pond towards Bentendo Temple

Located in the middle of Shinobazu Pond in Ueno Park, Bentendo Temple belongs on any list of Ueno points of interest. The temple is a great example of ancient Japanese architecture.

While there are many temples in the area, Bentendo stands out for its location. It’s in the middle of the pond and appears to float on the water when viewed from the other side of the pond. The hexagonal tower stands several stories and is visible as you reach the spot.

The large temple complex includes several halls and structures. Most visitors spend time in the main hall, as it includes intricate artifacts and a massive mural of a dragon on the ceiling.

The zoo is one of the top tourist attractions in Ueno. It’s not the largest zoo, but it has an interesting collection of animal species. Watch panda, deer, and Japanese squirrels frolic, sleep, and eat.

Surprisingly, Ueno Zoo is the oldest zoo in Japan. It opened in 1882.

One of the most recent renovations is the Gorilla Woods. The modern habitat replaced a primitive cage that was previously used to house the animals.

As with many of the attractions, it’s in Ueno Park. You can spend part of the morning at the zoo and still visit a few other spots before lunchtime.

If you don’t know what to do in Ueno after visiting the cultural sites, head to Ameyoko. The bustling shopping street is one of the more crowded spots in the district.

Ameyoko includes over 400 stores and stalls sandwiched together. It’s a vibrant, busy spot with the best discounts in the region. You can find affordable clothing, souvenirs, and food.

Along with the hundreds of stores found on Ameyoko street, the neighbouring streets are crowded with shops. You could spend an entire afternoon browsing the area around Ameyoko.

As Ameyoko includes many food stalls, you’ll have the chance to indulge your sweet tooth. Try matcha ice cream and a wide variety of traditional Japanese sweets.

If you can’t find enough souvenirs on the previous street, visit Takeya Shopping Mall. The massive mall is one of the top Ueno sightseeing destinations, due to the size of the complex. Takeya includes eight buildings with a wide variety of goods.

The area is right next to Okachimachi Station, making it easy to reach from other parts of Tokyo. While it’s a large shopping centre, Takeya doesn’t get very crowded.

Take your time and peruse the goods at the dozens of shops. It’s one of the best places to find affordable electronics, purses, clothing, and kitchenware.

Explore the life of ancient merchants at Shitamachi Museum

While it’s not as big as the Tokyo National Museum, Shitamachi Museum is an interesting place to explore. It’s a small museum dedicated to Japanese merchants.

Take a trip through the museum to learn about the typical life of a merchant in ancient Japan. You can view traditional Japanese rooms and various historical items.

The first floor includes a life-size replica of the typical merchant’s home. Outside, you’ll see a rickshaw and hand-pulled cart. The second floor contains the historical artifacts, including houseware and wooden toys from the Meiji period and Showa period.

For exploring Tokyo’s quieter side, staying at one of the best hotels in Ueno is a fantastic idea. Not only will you be set among the top points of interest in Ueno, you’ll get to save a few yen on your accommodations while still being within a short train ride to the heart of Tokyo.