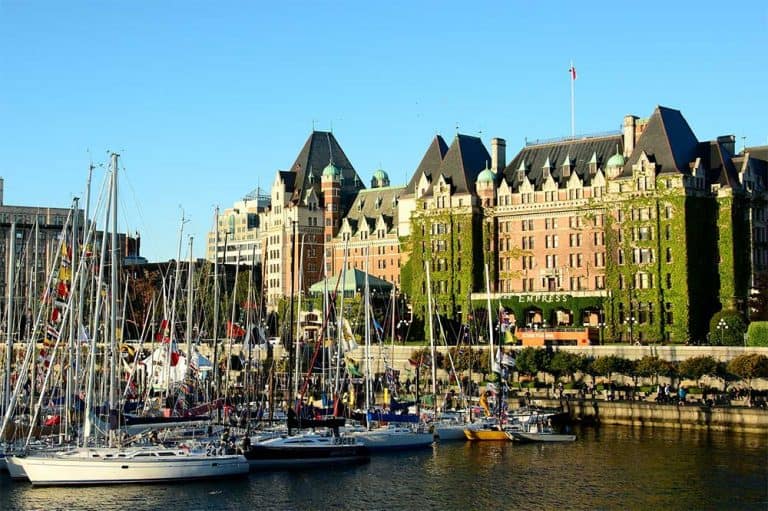 No trip to British Columbia is  complete without digging into all the best things to do in Victoria.

Located on the rugged & beautiful Vancouver Island, the city of Victoria is one of Canada’s most stunning urban centres. Victoria is often touted as the most British city in North America, and as you wander among the top tourist attractions in Victoria, you’ll quickly see why.

Counted among the top things to see in Victoria are sprawling parks with English gardens and stately castles that look like they’re torn from the English countryside all while the city’s able to hold on to its distinctive Canadian West Coast vibe.

Need help planning out what to do in Victoria? Get your trip to Victoria off to a running start with help from this guide to best places to visit in Victoria, British Columbia…

Got more travel plans on the horizon? Check out all of our other attractions guides and our Travel Guide for Canada for more ideas on where to go, when to visit & what to do!

Among the best museums in Canada, the Royal BC Museum walks through the natural & human history of British Columbia, Canada, and the world within its world-class exhibitions. 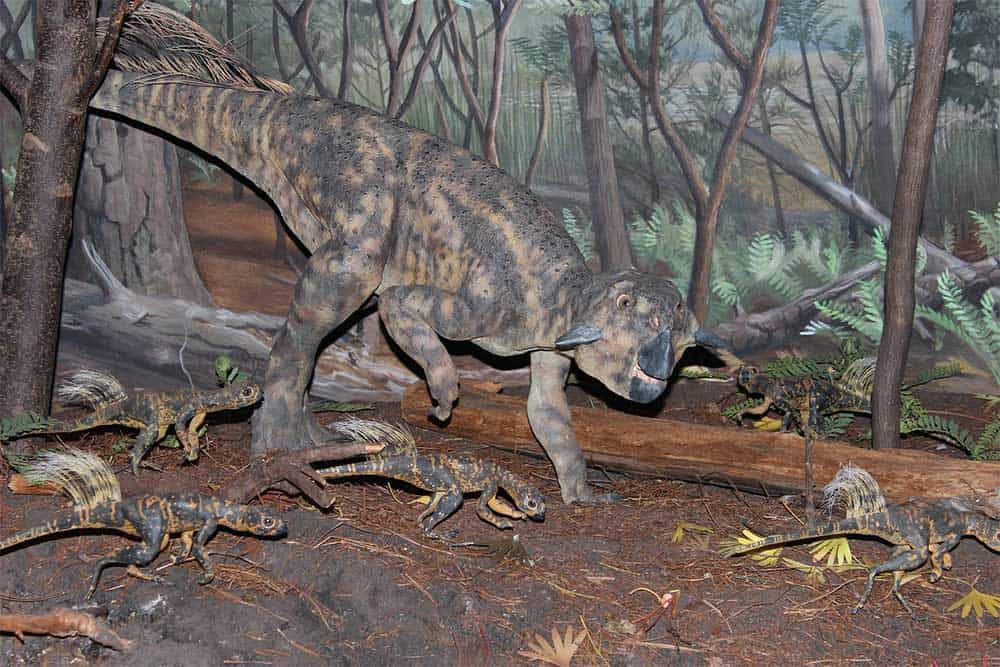 The Royal BC Museum features both permanent and temporary exhibitions ranging between dazzling at the Canadian indigenous relics & treasures in the First People’s Gallery to immersing yourself in the coastal forests of British Columbia in the Natural History Gallery.

As part of the museum’s phased 2020 re-opening, you’ll need to purchase timed tickets for your visit. Current hours of operation (as of summer 2020) are Saturday to Thursday from 10am to 6pm and Friday from 10am to 8pm. The museum is closed on Wednesdays.

More information about the museum’s re-opening plans and how to book tickets is available on their website.

Since their completion in 1898, the Parliament Buildings of British Columbia have formed one of the most iconic scenes of the B.C capital city.

The eye-popping historical government buildings, home to B.C. Parliament and the Legislative Assembly, sit upon a sprawling 5 hectares perched on the edge of Victoria’s Inner Harbour on the Downtown Victoria waterfront. 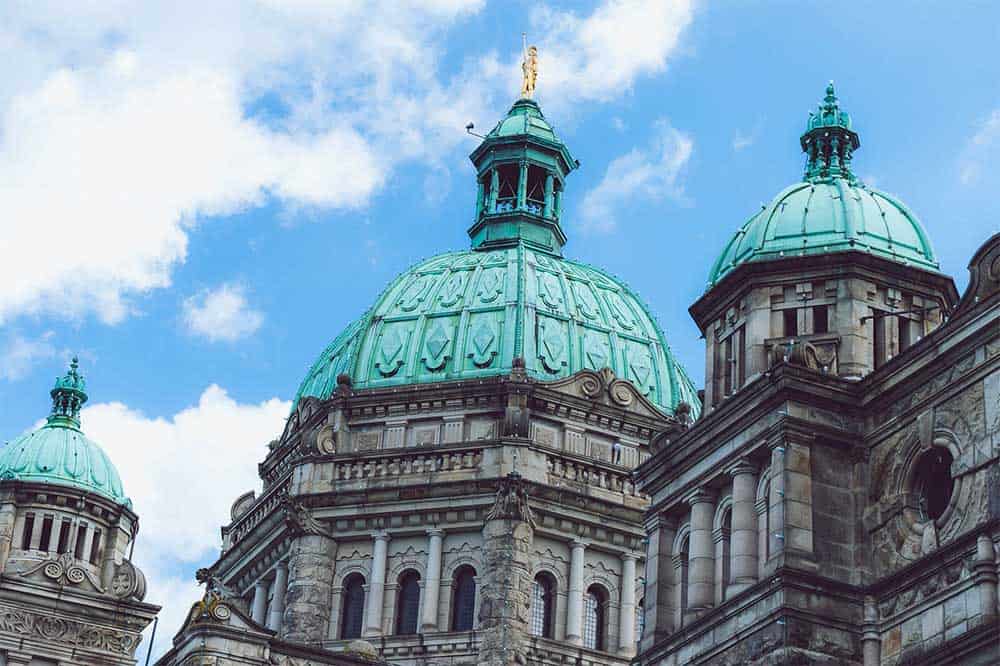 One of the best ways to discover the British Columbia Parliament Buildings is on a guided tour. The tours depart hourly from 9am to 4pm, Monday to Friday and last about 45 minutes.

NOTE: Only outdoor tours are available at time of writing (summer 2020).

Even if you only have one day in Victoria, a visit to Craigdarroch Castle is a must. This National Historic Site of Canada, built by coal magnate Robert Dunsmuir between 1887 and 1890, is one of the best examples of Victorian architecture in Victoria. 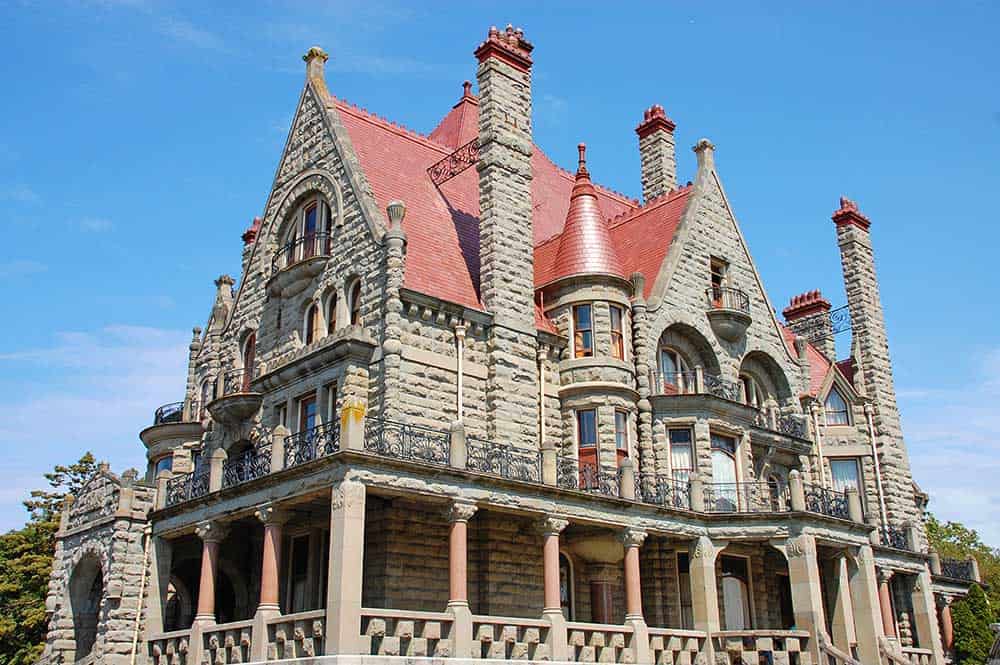 As you explore the Scottish Baronial mansion, you’ll get see intricate woodwork, antique furnishings, and ornate stained glass windows. The best experience at Craigdarroch Castle, however, is to climb up the manor’s tower for spectacular views over Victoria.

Wondering what to see in Victoria? You won’t be disappointed with a quick detour over to Butchart Gardens, one of the most spectacular public gardens in the world.

Sprawling across a whopping 55 acres, this National Historic Site of Canada is one of the most-visited attractions in Victoria. When in bloom, the breathtaking gardens feature hundreds of thousands flowers bursting with colour, punctuated by Victorian fountains and meandering paths. 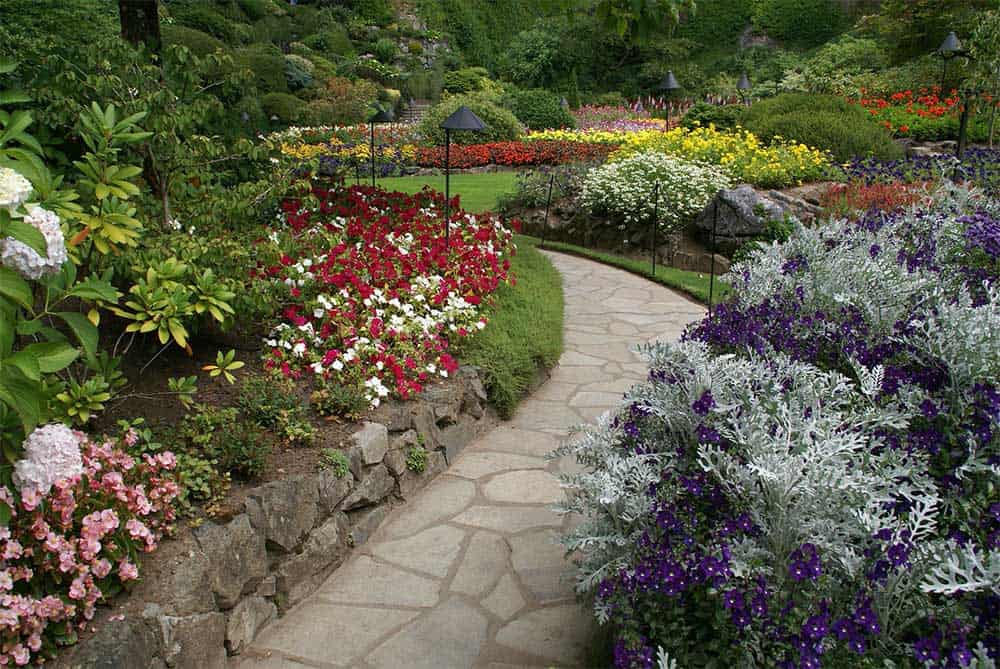 Among the most popular areas of Butchart Gardens are the Japanese Garden, Rose Garden, and the fantasy-inspiring Sunken Garden.

The gardens are at their most beautiful from mid-April to mid-May when the spring bloom is in full effect.

If you’re visiting Victoria in summer (July and August), spend your Saturday evening at Butchart Gardens to witness its famous weekly fireworks display and concerts.

Located on the west coast of Vancouver Island just over an hour from downtown Victoria, Juan de Fuca Provincial Park is one of the best day trips from Victoria and is the perfect natural escape from the bustle of the city.

The park is famous for its breathtaking hiking trails and windswept Pacific Ocean beaches. 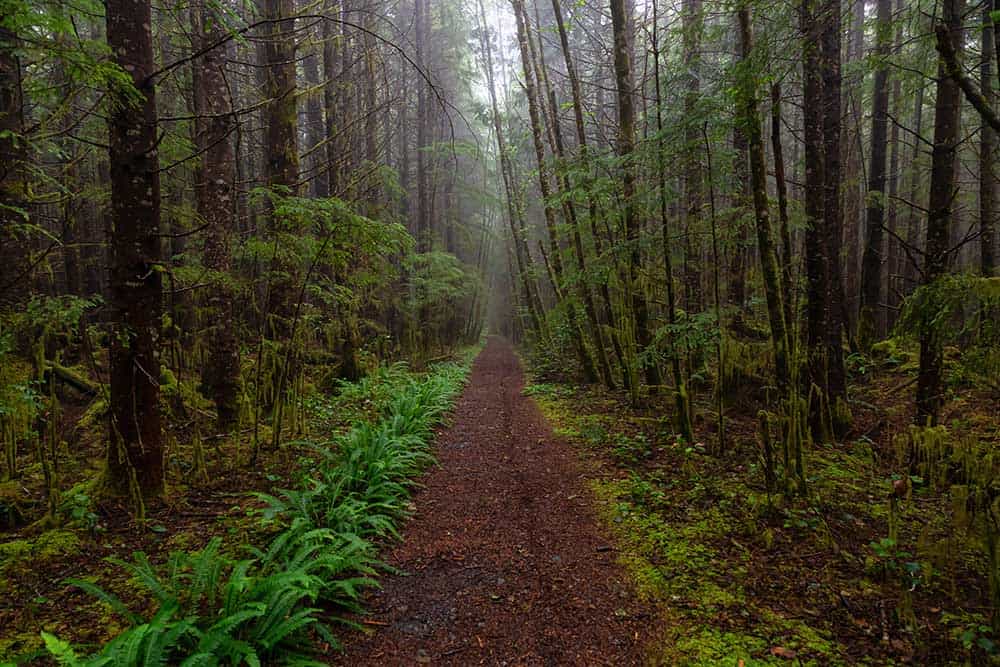 One of the area’s most popular activities is the Juan de Fuca Marine Trail. Winding through 47 kilometres of coastline and wilderness, this multi-day trail is one of the best places to hike in Victoria and offers spectacular coast and forest views.

The park is also home to China Beach, one of best beaches around Victoria and a favourite escape for locals looking to add a little Pacific Ocean magic to their lives.

It’s also a great place for scoping out marine life including sea lions, grey whales, and killer whales. The best time of year for whale-watching is March and April when the grey whales are making their annual pilgrimage from Mexico to Alaska.

Draped over almost 200 acres southeast of the Inner Harbour in downtown Victoria, Beacon Hill Park is one of the most beautiful parks in Victoria and one of the top things to see in Victoria for visitors & locals alike. 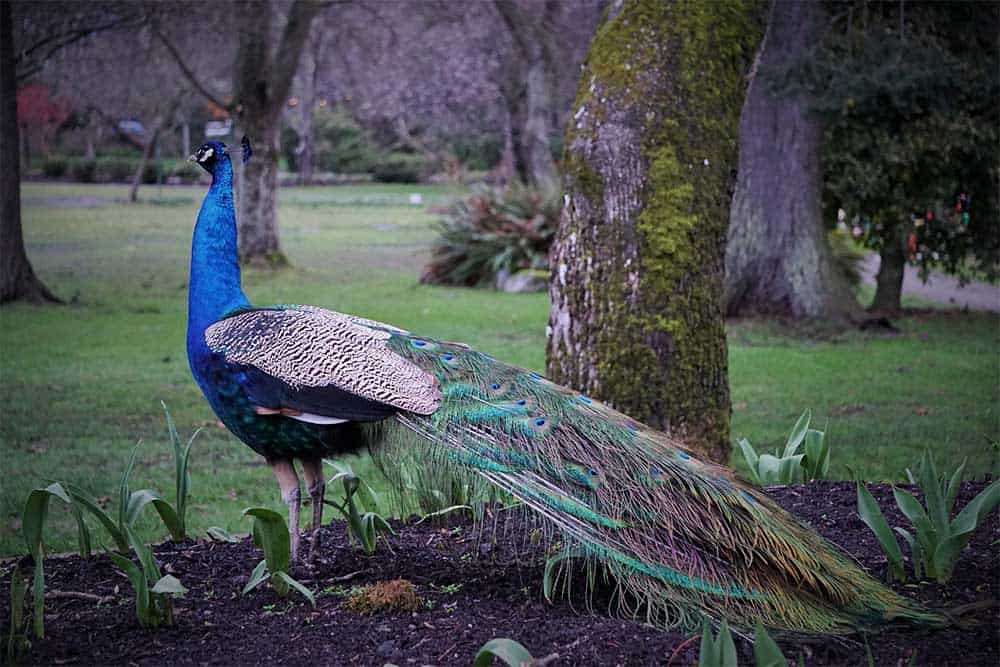 The park is also home to the Beacon Hill Children’s Farm, a petting zoo that’s one of the most kid-friendly activities in Victoria.

While visiting, be sure to check out the park’s famous totem pole. Marking a former First Nations Coast Salish burial ground and an important symbol of native Canadian culture, this 52-metre-high totem pole is one of the tallest in Canada.

Yet another National Historic Site of Canada in greater Victoria, Hatley Castle is one of the most stunning examples of Victorian architecture in Canada and one of the most interesting places to see in Victoria. 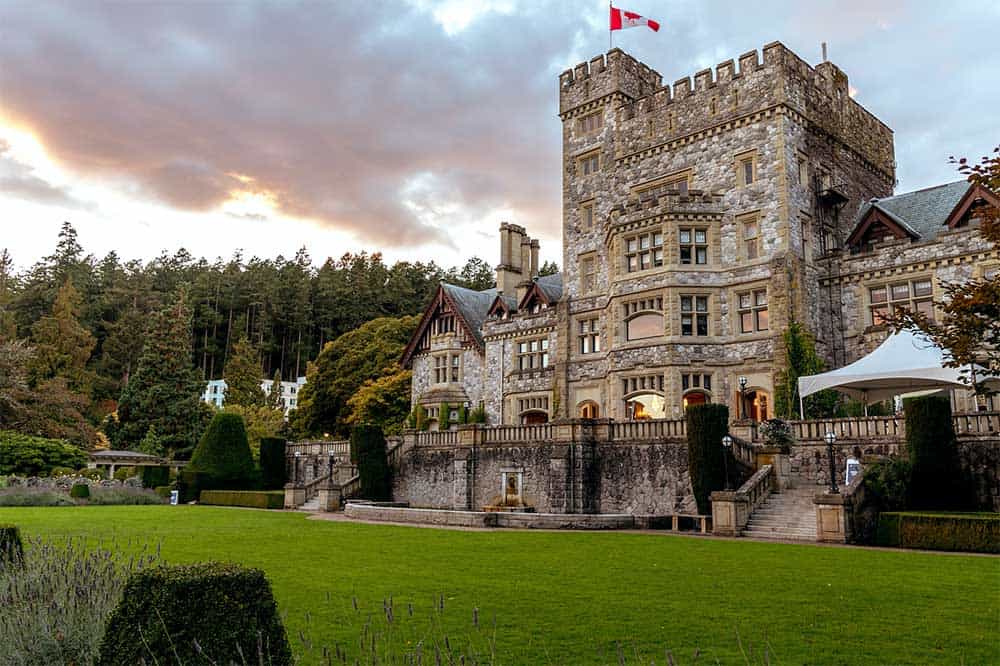 The “castle,” now home to Royal Roads University, dates back to 1910 and is impressive inside as outside with its deep oak and rosewood panels, teak floors, and custom lighting fixtures.

Thanks to its opulence & grandeur, Hatley Castle is a popular filming location, doubling as Professor Xavier’s School for Gifted Youngsters in the X-Men movies and the Luthor Mansion in Smallville—among many others!

Besides the manor itself, the grounds are full of Edwardian-style Japanese, Italian, and Rose gardens, 15 kilometres of hiking trails, and even a bird sanctuary.

Cutting through Canada’s oldest Chinatown, Fan Tan Alley is one of the most popular places to go in Victoria for shopping or a quick Asian-inspired snack. 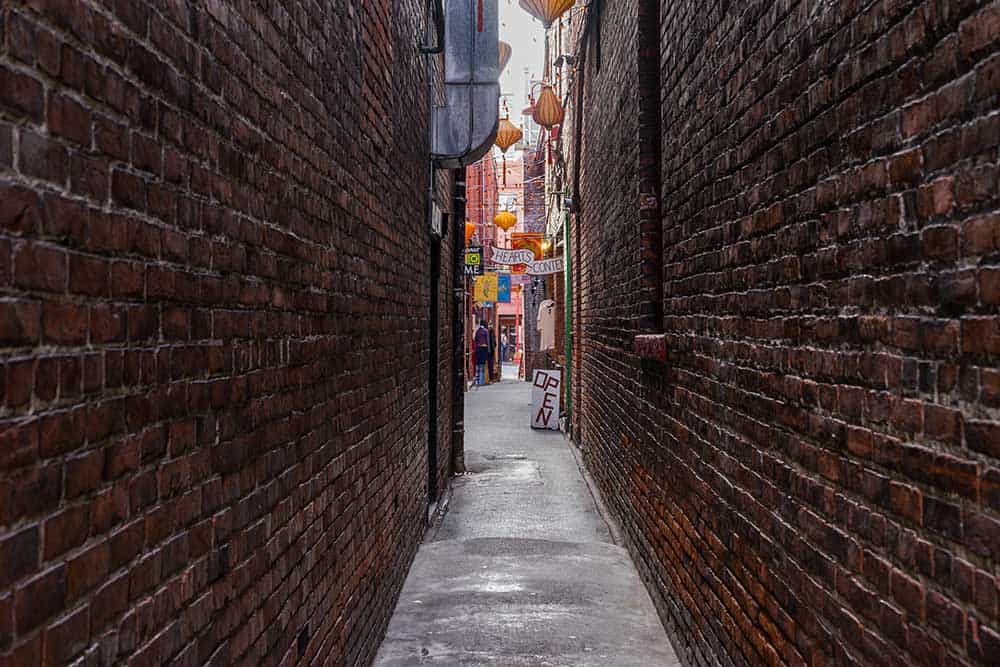 The slender alleyway, the narrowest street in Canada, is flanked by more than a dozen small local boutique shops, tea shops, and ice cream parlours.

Whether you’re looking for skincare products, trendy clothing, vintage vinyl records, or a cup of matcha, you’ll find it among the red-brick heritage architecture on a stroll through Fan Tan Alley.

Dubbed as “The Greatest Little Show On Earth,” Miniature World is one of the most popular family-friendly tourist attractions in Victoria and an absolute must-see if you’re visiting Victoria with kids. 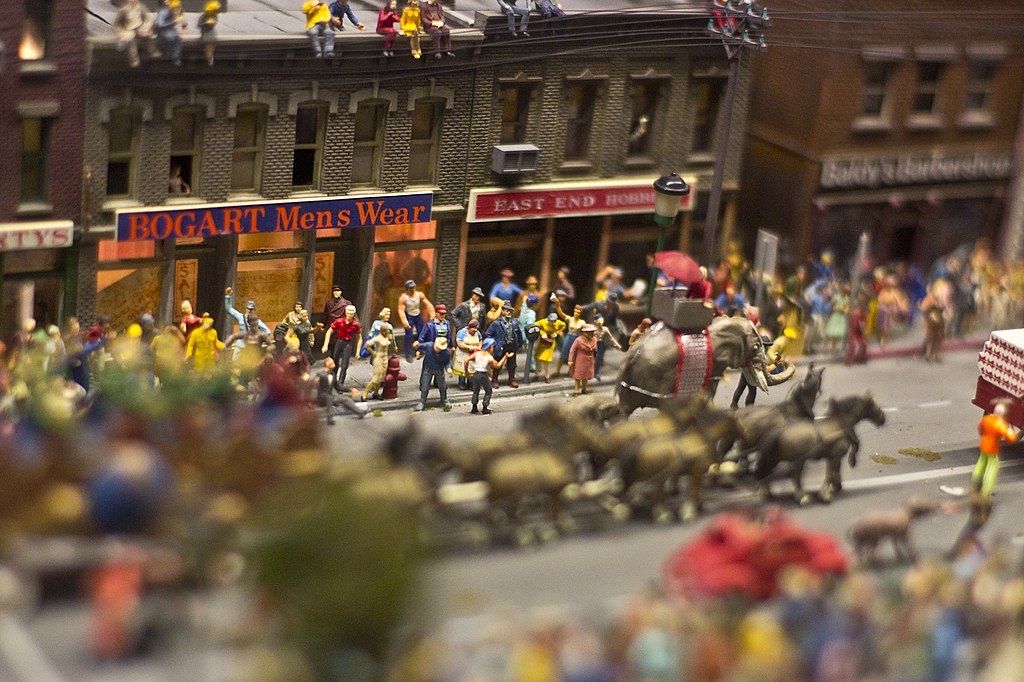 The museum hosts over 85 miniature dioramas in stunning detail. Some of the most popular exhibits at Miniature World include the exploring the final frontier at Space 2201, wandering among glorious European castles at the Enchanted Valley of Castles, and watching wood pop out of the World’s Smallest Operational Sawmill.

Whether you’re a local or just passing through one of the best things to do in Victoria is to explore the Inner Harbour and downtown waterfront on a Victoria Harbour Ferry.

There’s a handful of options for getting around Victoria Harbour on ferry. The most popular for visitors are the 45-minute Harbour Tours and 75-minute Gorge Tours. 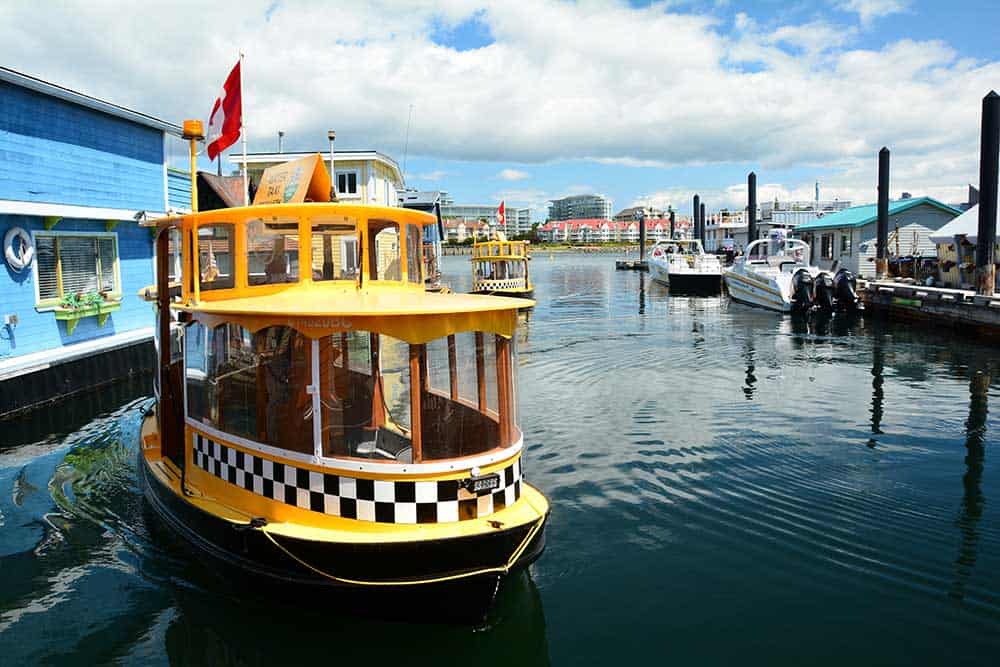 The intimate 12-person Victoria Harbour Tour skates through thousands of years of Victoria’s history from the Coast Salish people to early European explorers to the city’s modern age as you float among some of the best sightseeing in Victoria.

On the 10-person Gorge Tour, you’ll float past Victoria’s historic neighbourhoods and shipyards along the Gorge Waterway between Victoria Harbour and Portage Inlet while learning more about the history of the city’s first settlers and local marine ecosystems.

If you’re looking for something a little cheekier, head over to the Steamship terminal every Sunday at 10:30am to catch the famous Water Ballet where ship captains twirl their vessels in tandem.

Located around the corner from the Inner Harbour, Fisherman’s Wharf Park is one of the most interesting corners of Victoria. The seaside park is chock-loaded with small shops, food kiosks, and even a few friendly resident seals to snag a photo with. 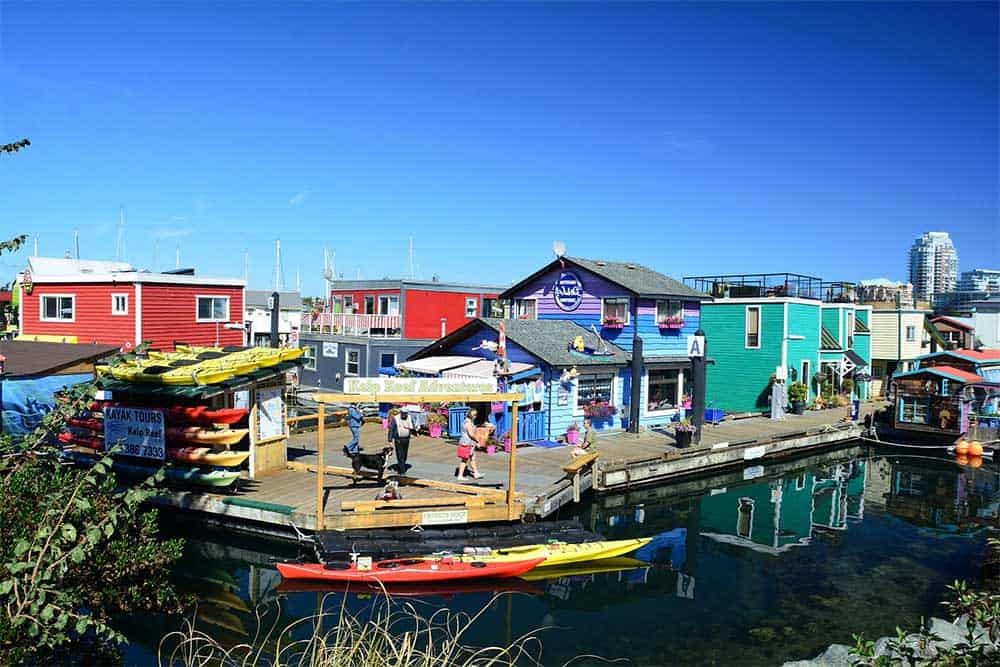 If you’re yearning for a relaxing lunch by the harbour, the wharf is the perfect spot. Among the food vendors, you’ll find fish & chip stands, captains selling seafood fresh off the boat, and even a Mexican restaurant.

For getting out onto the water, the wharf also headquarters a few eco-adventure outfitters offering fishing tours and other boat excursions.

The British Columbian capital is often touted as the birthplace of the Canadian craft beer scene, which, in case you weren’t aware, has truly be thriving in recent years! 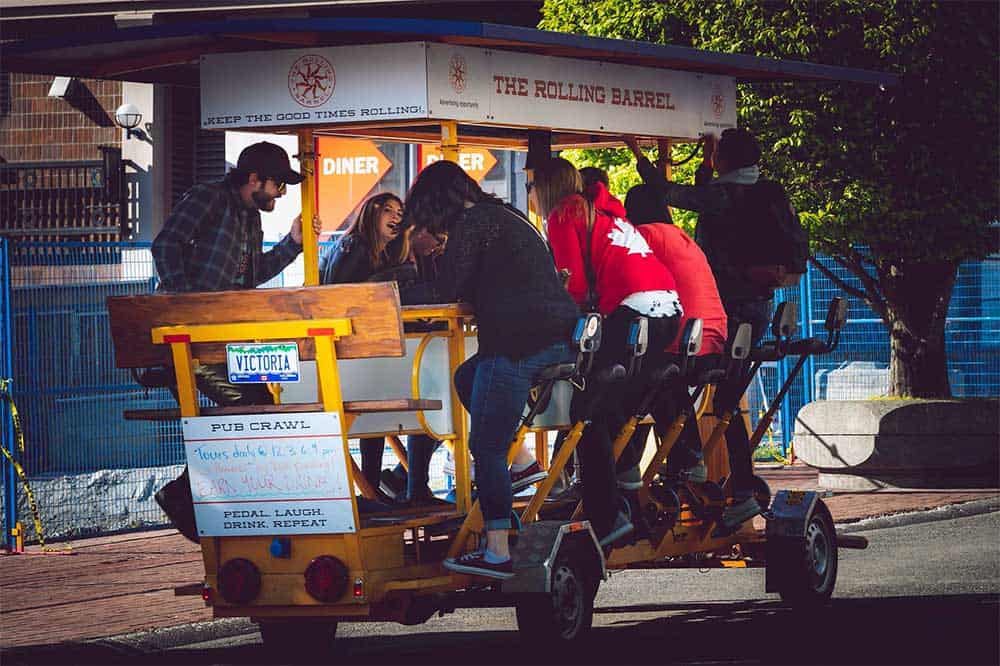 To get the most out of your Victoria craft beer experience, start with strolling around the Beer Mile, a collection of brewpubs & breweries around the Upper Harbour. One of the easiest ways to get around the Beer Mile is with the Pickle Pub Crawl ferry or with a pub crawl biking tour.

Where to stay in Victoria for sightseeing

Thanks to being one of Canada’s most popular tourist destinations, there are plenty of options when you’re choosing where to stay in Victoria. For most travellers, the areas in & around downtown Victoria including the Inner Harbour, Chinatown, and James Bay are the best places to start your accommodation search.

Related what to do guides