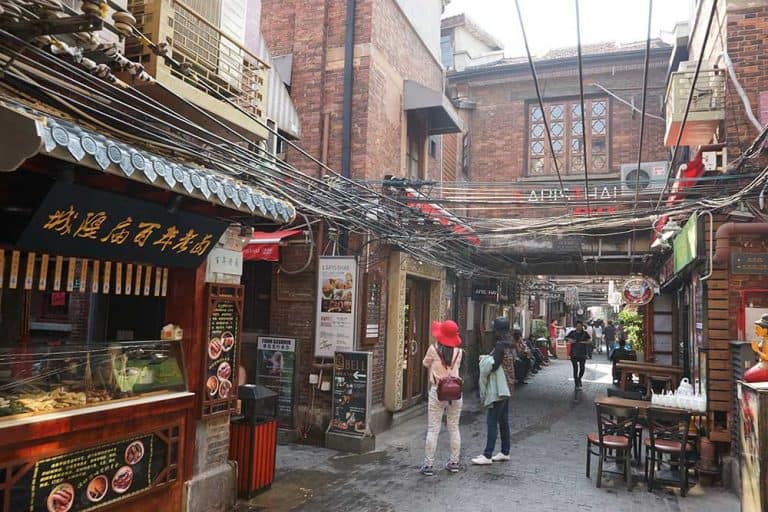 Part of the trendy French Concession, Tianzifang is an essential stopover for any visitor to Shanghai.

Whether you have 24 hours in Shanghai or have got a few extra days, wandering around Tianzifang is, undoubtedly, one of the coolest places to check out in Shanghai.

Tianzifang is the perfect place to relax, shop and enjoy the laid-back free spirit of creative Shanghai.

Getting to know Tianzifang

Tianzifang was once a residential and industrial area but in recent years it has been re-invented into a trendy, bohemian space. Though the locals know it as SOHO, Tianzifang is named for one of China’s oldest known artists.

White collar workers and artists have long favoured Tianzifang as a place to set down roots.

In 1998 one of China’s most famous artists, Chen Yifei, moved into two derelict factories and installed his studios. Many other artists followed suit and soon the Tianzifang area became the artsy centre of Shanghai. 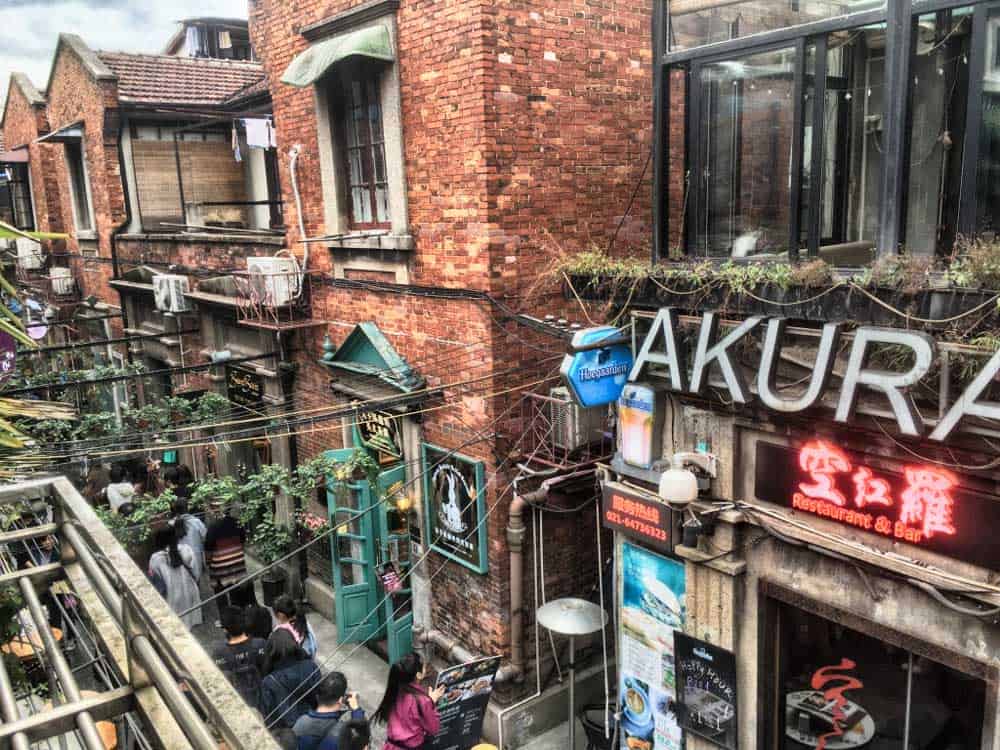 These houses unique to Shanghai, blend elements of both western and eastern architecture. They are characterized by the stone reinforcements surrounding a large wooden door. Tianzifang boasts more than 20 different types of Shikumen.

Many of the shikumen in Tianzifang have been beautifully restored and are now house shops, restaurants and bars. Among them, you’ll also find art galleries, museums and antique and craft shops filled with trendy shoppers looking for something special to take home.

Although a little over-priced, Tianzifang is an interesting place to shop for souvenirs and authentic Chinese crafts. Though, for some, the abundance of kitsch gift shops in Tianzifang can get a little much.

What to do in Tianzifang

Meander through the jumble of little lanes that criss-cross the area and absorb the frantic vitality. Craft shops and art studios jostle for space in the busy streets of Tianzifang. You can watch the artists at work and then buy a small masterpiece to take home with you.

Take the opportunity to pay a visit to the famous art studios of Chen Yifei on Lane 210 to view his artwork. 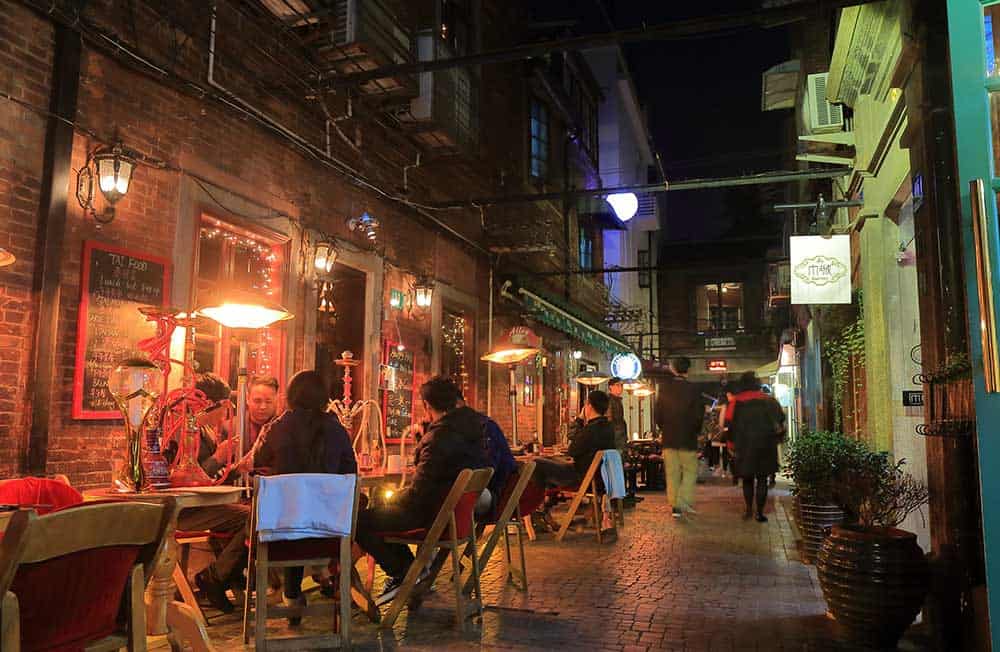 Stop and sample the many tasty Chinese and international cuisines on offer in the pavement stalls, pubs and restaurants of Tianzifang.

Find hand-crafted music boxes from all over the world or sip tea in the Cat Tea Room and enjoy the company of the feline inhabitants. In the Teddy Bear Store, you can sip drinks amongst the teddies, take a meal at the restaurant or learn to make your own teddy in the workshop.

Useful tips for your visit to Tianzifang

How to get to Tianzifang

The easiest way to get to Tianzifang by Shanghai’s public transportation system is to take the metro line 9 to the Dapuqiao Station. Exit 1 will take you to your destination.