Pinning down the United States in a short introduction is impossible. To understand the USA in its full breadth & glory, words aren’t enough; you need to experience it first-hand.

Popular U.S. travel destinations like New York City, Las Vegas, Los Angeles, San Francisco, and Chicago grace bucket lists around the world. But if you want to discover the “real America,” you need to look beyond its biggest cities.

Venturing to its heart of the USA, you’ll see why it’s one of the world’s most-coveted places to visit. The United States is a continent unto its own, and it’s as diverse as any on earth. On a USA road trip, you’ll whisk past rugged coastlines, primeval redwood forests, towering mountains, and gaping desert canyons. You’ll visit one-of-a-kind cities like electric Las Vegas, French-tinged New Orleans, and leafy Seattle. And, in between all of it, you’ll always feel welcome—whether you’re traveling from close or from far.

Ready to plan your USA vacation? Get started with this United States Travel Guide, including where to go, when to visit, and how to get around.

Looking to explore other countries in the region? Check out our North America Travel Guide for more destination ideas & tips!

Where to go in the United States

Established in 1630 by Puritans, Boston is one of the most historic cities in the United States and a must-see for travelers. Boston’s past interweaves into its present. The New England city is a unique blend of old & new, making it a fantastic destination for history buffs and culture loves alike. 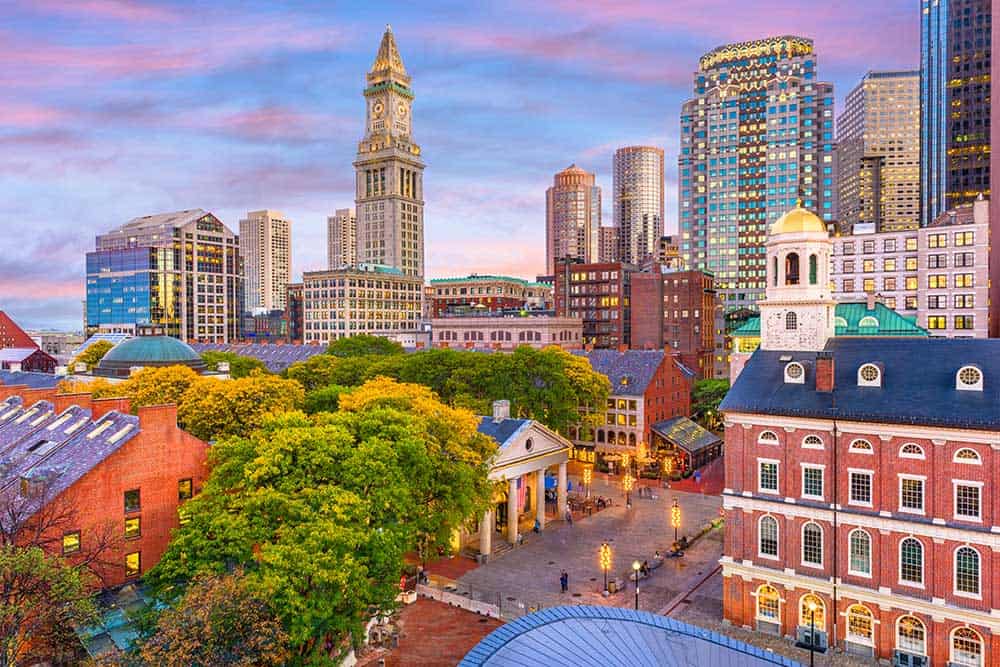 The Freedom Trail is the best way to take in all the city’s history at once. Several stops along the way highlight key moments in Boston’s history and their importance to the USA as a whole. It’s a fantastic way to start your discovery of one of America’s most fascinating cities.

Ready to plan your trip to Boston? Get started with these resources…

Without question, Chicago is one of the most popular urban travel destinations in the United States. Chicago is the country’s third-biggest city with over 9 million in its metro area. Among visitors, the “Windy City” is well-known for its influential late-19th century architecture and its eclectic art & culture scene. 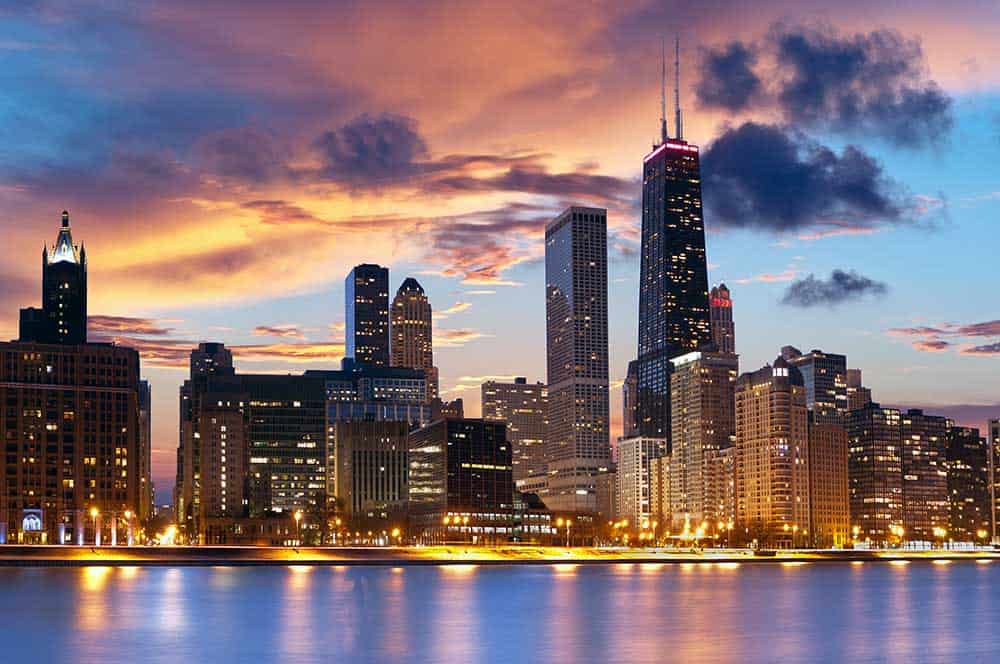 Chicago is home to a barrage of world-class museums & art galleries along with famous music venues and theatres. Foodies will also find plenty to eat on the streets of Chicago. For a true taste of Americana, don’t leave without tasting a slice of Chicago deep-dish or Chicago-style hot dog. Or for something more “high brow,” chow down at one of Chicago’s 25 Michelin-starred restaurants, including the three-star-awarded Alinea.

No American city sits on more travel bucket lists than New York City. The largest city in North America, New York City hardly needs an introduction. Its most iconic landmarks—the Empire State Building, the Statue of Liberty, and Brooklyn Bridge—are symbols for both the city and even the USA as a whole. 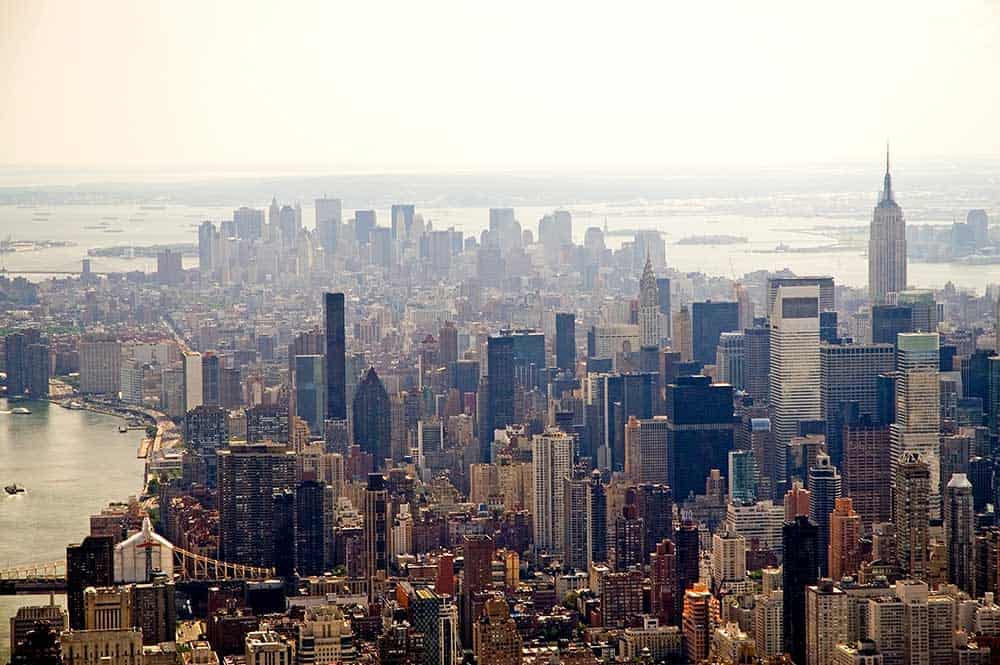 It’s rarely easy to plan a trip to New York City. There’s so much to see & do that a quick visit never seems enough. Even without stepping inside one of its innumerable museums & galleries, you can easily load up an itinerary to excess. Better yet is to slow down. Explore the streets without agenda and let the alluring world city unfold before your eyes.

Located at the southeastern edge of the continental US, Miami is one of the nation’s most charming big cities. The South Florida city is famed for its Latin America. Many see Miami less as a final southern US frontier as the transition to Latin America. 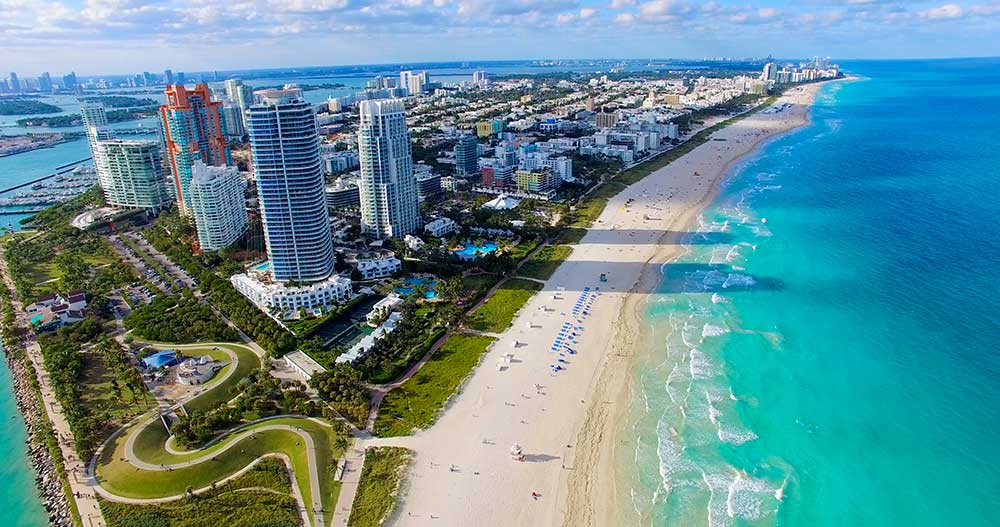 With its sunny beaches, Miami is most famous as a sun destination. But there’s plenty more than meets the eye. The city’s seafront suburb of Miami Beach is home to the largest collection of Art Deco architecture in the United States. Dating back to the 1920s and 1930s, the buildings hide amazing restaurants, cafés, and bars.

One of the most-visited cities in the USA, Orlando is world-famous as a family tourist hotspot. And who’d question that? After all, Orlando is home to Walt Disney World Resort, one of the world’s most famous family getaways. Besides Disney, other renowned theme parks like Universal Orlando Resort and SeaWorld also call the Central Florida city home. 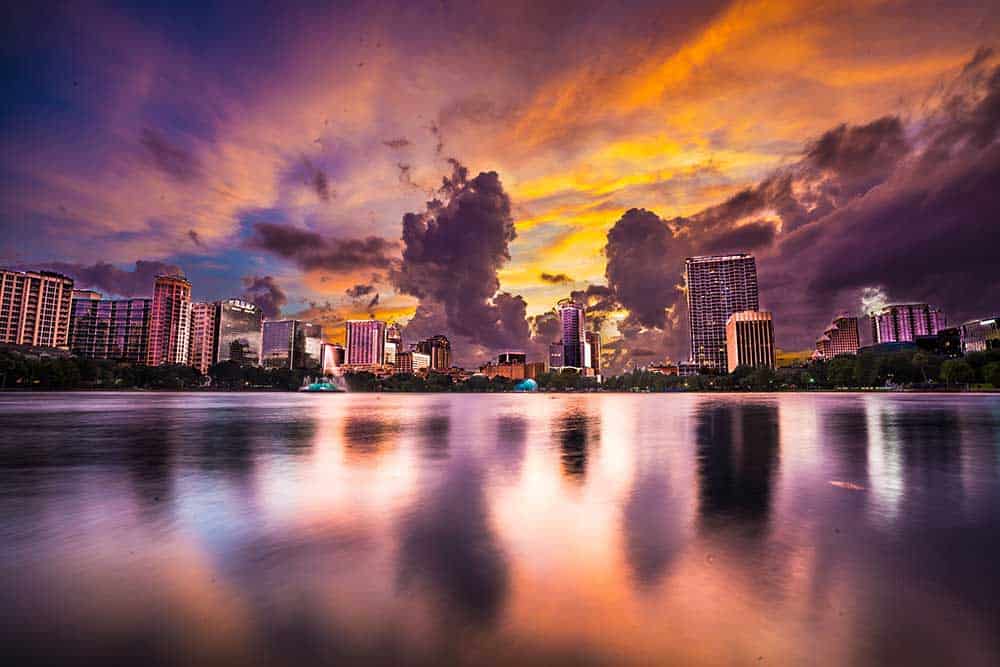 Even outside of its theme parks though, Orlando is a great place to visit. What Orlando lacks in white-sand beaches and over-consumes in kitschiness, it makes up for in culture. The city teems with great museums & galleries and has a fantastic culinary scene worthy of your tastebuds. Come for the theme parks; stick around to enjoy its finer moments. You might just love what you find.

The cultural center of Northern California, San Francisco captures the hearts of all who step foot into it. San Francisco is one of the most important cities in modern American culture. The Californian city was a force in the 1960s counterculture movement. Today, San Francisco is most well-known as the financial center for the West Coast and for Silicon Valley. 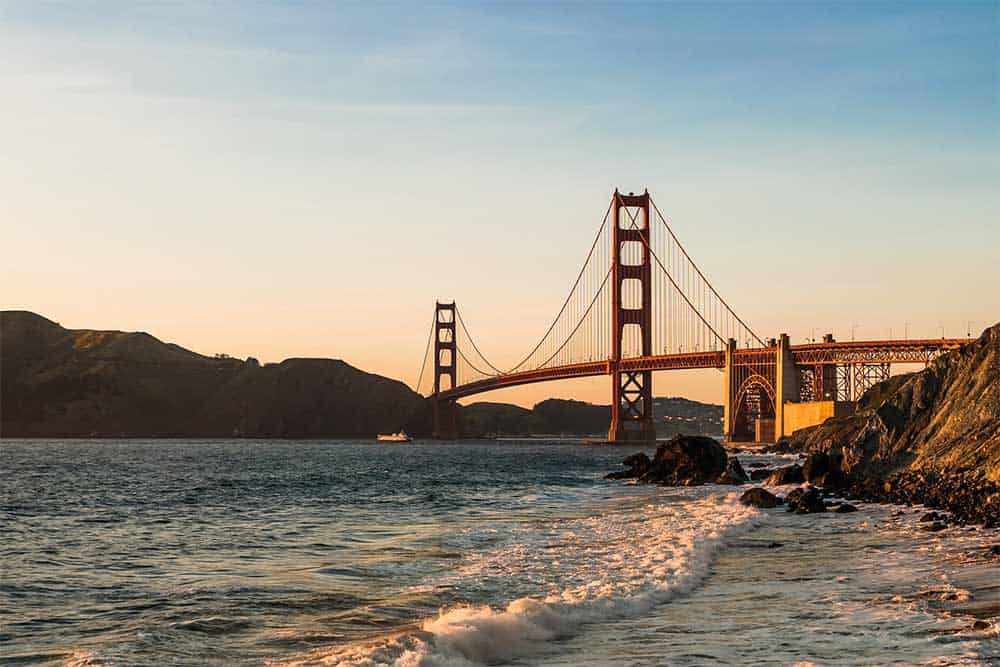 Even without its history, San Francisco is a tantalizing city. As you wander through its vibrant neighborhoods, you’ll stumble upon charming Victorian buildings set to picture-perfect sea views. Or venture beyond the city over the iconic Golden Gate Bridge to wallow in some of the state’s finest natural beauty.

Located in the state of Washington, Seattle is well-known for its contributions to American pop culture. The Pacific Northwest metropolis produced music legends like Jimi Hendrix and Nirvana and was the birthplace of the worldwide coffee empire of Starbucks. But there’s plenty more to Seattle than coffee, music, and rainy weather. 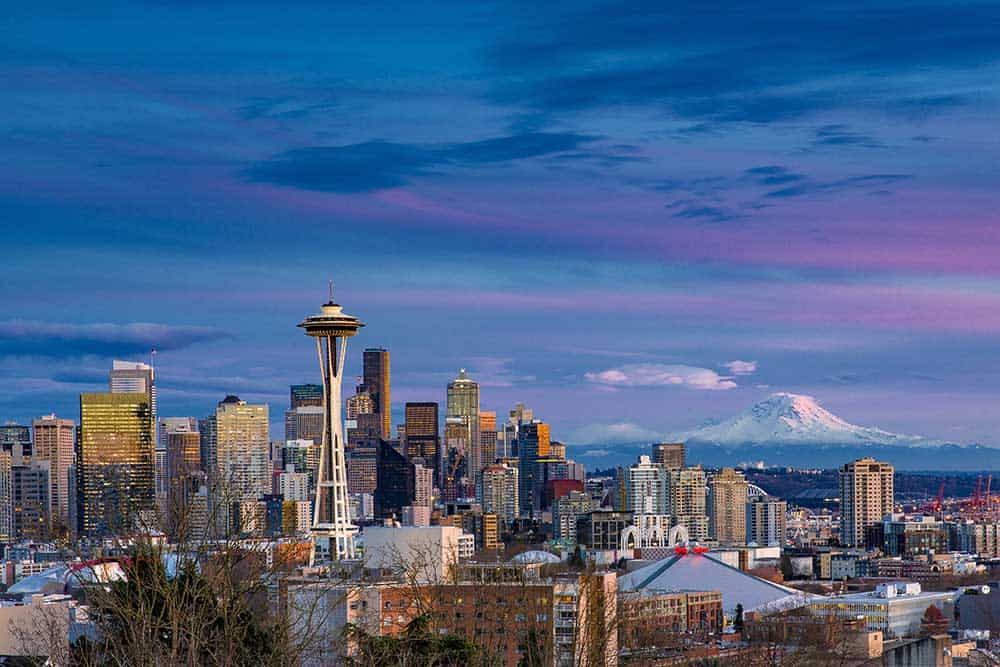 Seattle has garnered the nickname the “Emerald City,” and it couldn’t be more apt. There are over 500 parks within the city. Seattle is the gateway to some of the finest scenery in the Pacific Northwest. Nearby, you’ll be able to explore mountains, lakes, and, of course, marvel at its picturesque Pacific Ocean vistas.

Ready to plan your trip to Seattle? Get started with these resources…

More places to visit in the USA 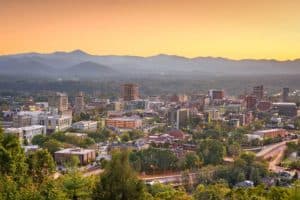 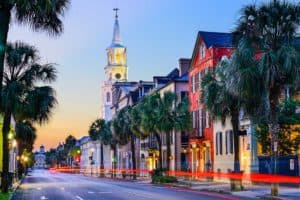 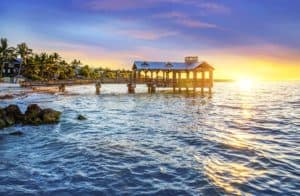 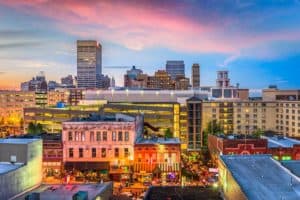 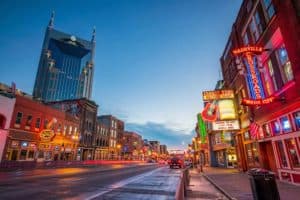 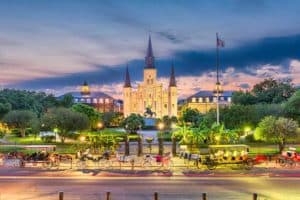 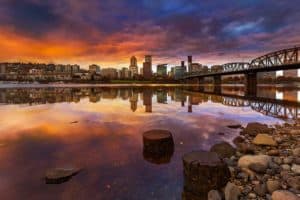 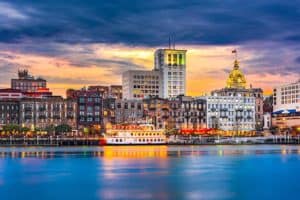 Regions in the United States

When to visit the United States

Choosing the best time to visit the United States depends on where you’re going and what you want to do. The continent US spans several climatic zones with varying temperatures and conditions throughout the year.

In the Northeastern United States, the spring and fall shoulder seasons are generally the best time to visit. Winters in this part of the USA tend to be cold while summers can be uncomfortably hot & humid. 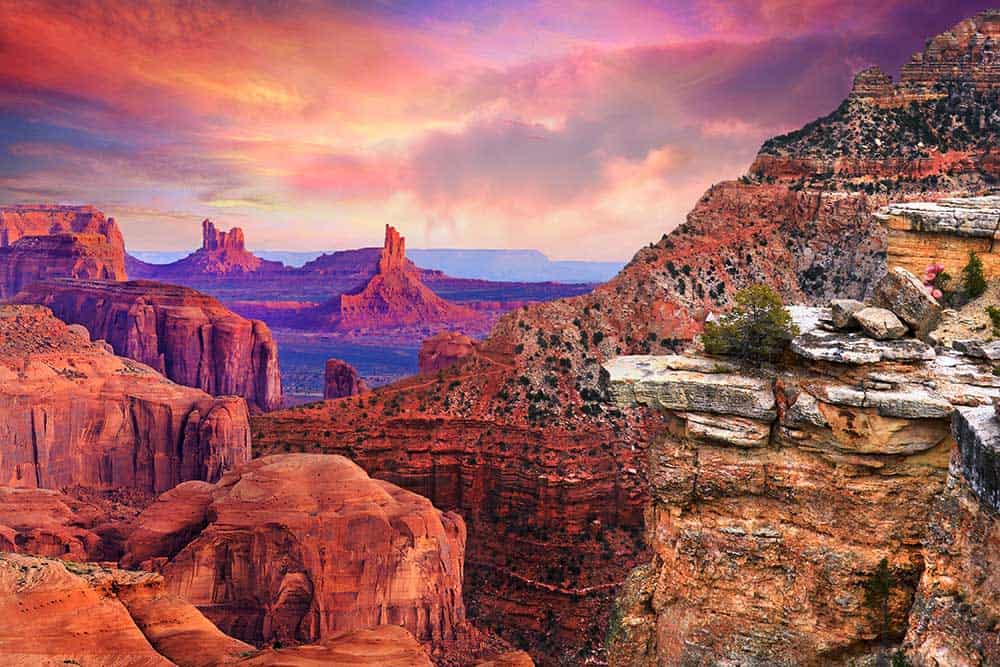 In the South, temperatures throughout the year tend to be milder. Destinations like Florida attract plenty of visitors in the winter months to escape the cold elsewhere on the continent. The South is at its wettest and most humid during the summer months. Between August and October, Florida and the Gulf of Mexico often sees a hurricane or two. Needless to say, they’re best avoided.

The Pacific Northwest has its own weather challenges. It’s the only region in the United States that’s at its wettest in the winter months. Although milder year-round, cities like Seattle and Portland are best visited between late spring and early fall. The summers often the sunniest conditions, but tend to be busier with tourists. 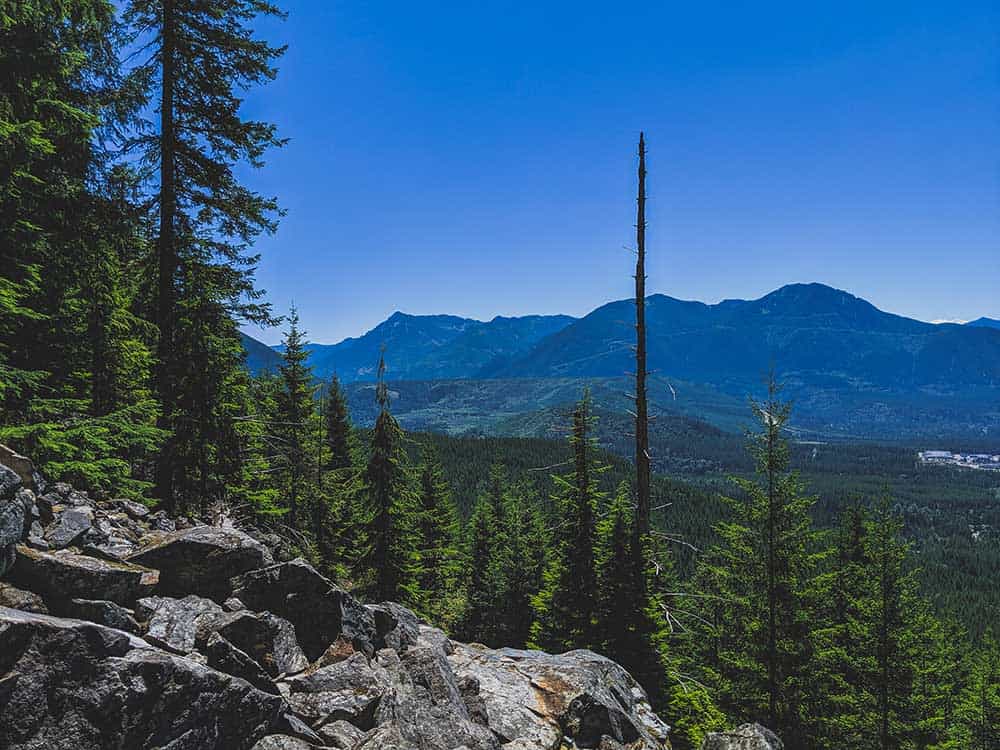 Adhering to its sunny reputation, California is a year-round destination. Cities in Southern California like San Diego and Los Angeles are hotter and drier than cities in the north like San Francisco or San Jose. In the winter months, you can even go skiing in places like Lake Tahoe on its border with Nevada.

You’ll want to avoid visiting the Southwestern states during the summer months. The temperature in cities like Las Vegas and Phoenix regularly exceeds 37ºC (100ºF). Although arid, it’s still more heat than most travelers can comfortably handle. 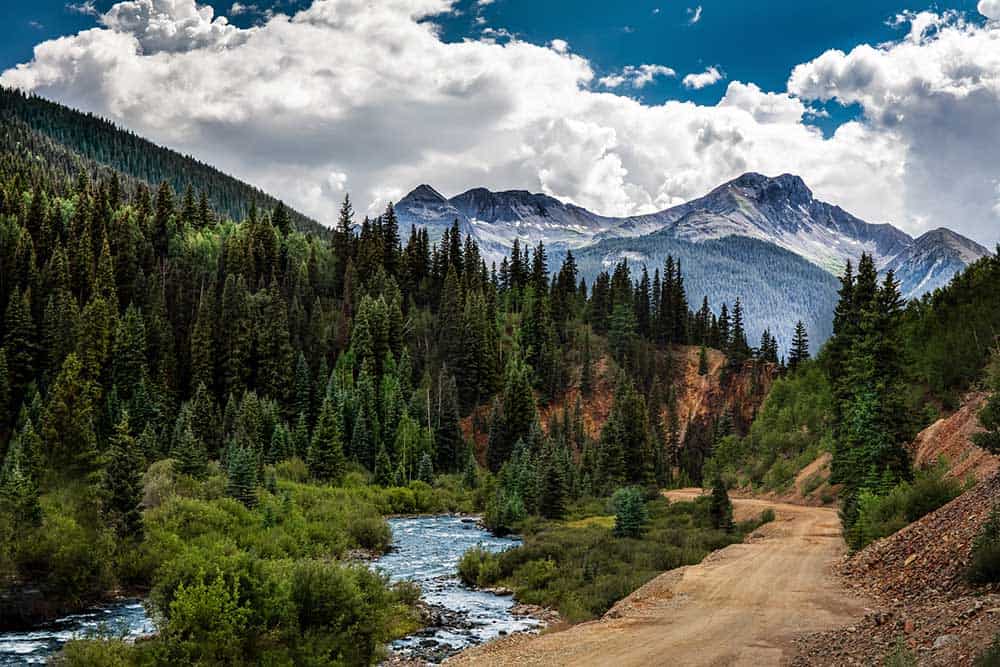 If you’re planning to visit the Rockies, there’s plenty to do year-round. It’s a fantastic hiking destination in late spring, summer, and early autumn. In winter, the area is home to some of the best places to ski in the US. Keep in mind that with its high altitude cities like Denver and Colorado Springs can get chilly at night—even in the dead heat of summer.

How to get around the United States

If you’re from outside North America, it’s hard to fathom just how big the US is. Much like Canada to the north, distances in the United States are grand. While you can plan regional itineraries quite easily on a time-crunch, traveling coast-to-coast will either require time or flights.

There’s no better way to experience the United States than by car. As Hollywood always reminds us, The USA is the world’s ultimate road-tripping destination. It’s interstate highway system is extensive, whisking you between all the major American cities with ease. 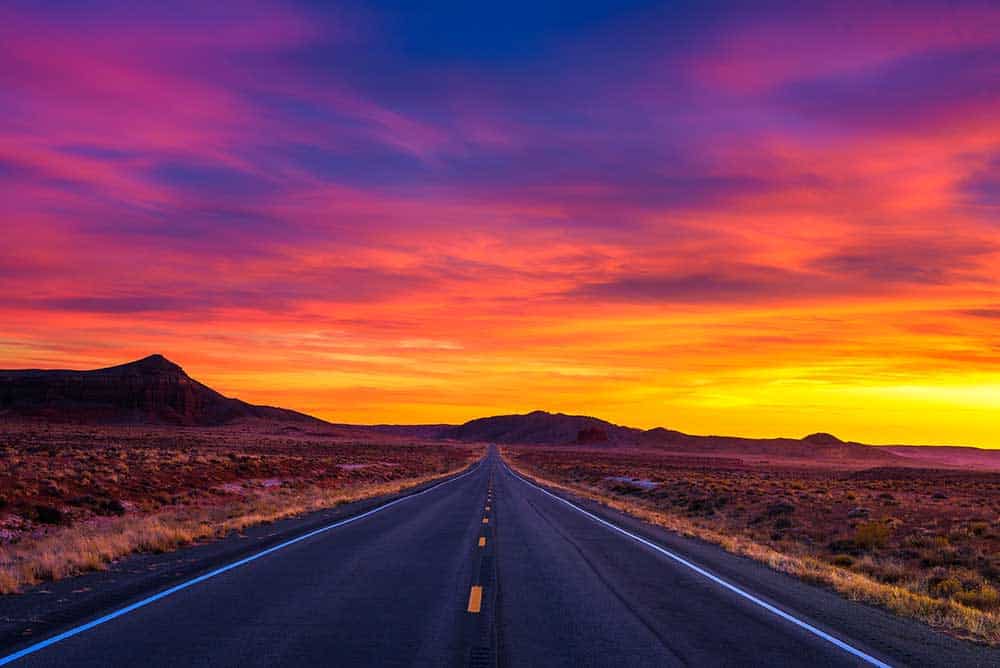 Within cities, it’s a different story. Even “smaller” big cities like Seattle or Boston can be a nightmare for drivers. (And let’s not even talk about driving in New York City or Los Angeles!) In most cities, it’s best to park your car and use public transportation to get around to the tourist sites whenever possible.

If you started your backpacking career touring Europe by train, you might be a little disappointed in the USA. The “national” Amtrak railway system isn’t as extensive as you might imagine. 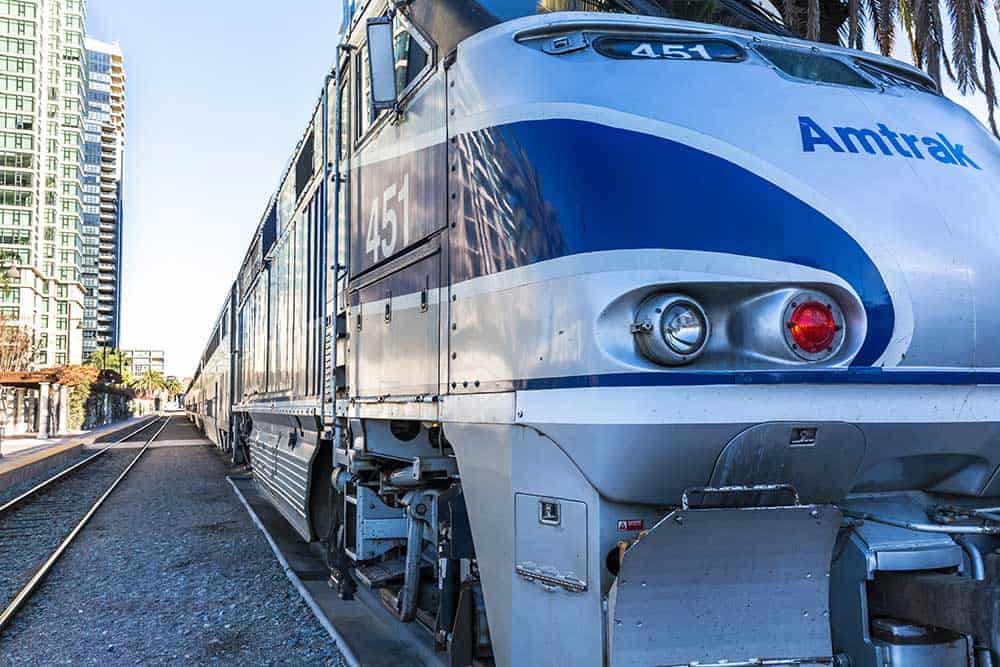 While trains are great for traveling between cities along the East Coast, service elsewhere is often lacking. Trains in the USA also tend to be slower and more expensive than buses—and even flights—in many cases.

For budget travelers, buses are the best mode of transport for getting around the United States. The main long-distance bus company, Greyhound, links most major cities around the US. Outside of the bigger cities, however, service may be limited. 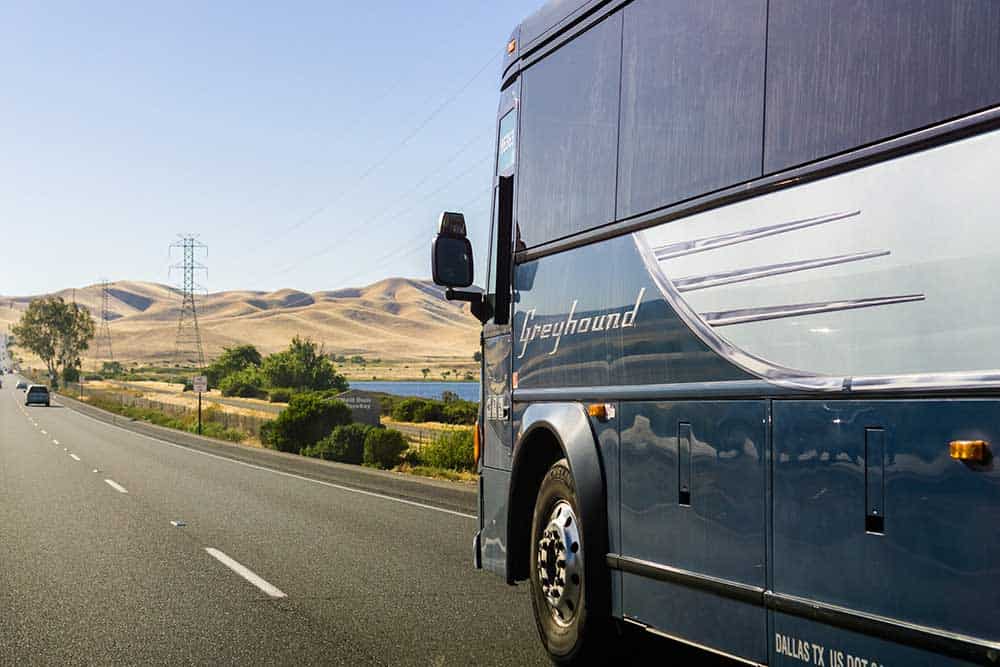 When traveling by bus, it’s best to travel and arrive in the daylight hours. In many major US cities, the areas around the main bus stations can be a tad sketchy.

If you’re covering long distances, traveling by air is often the best option. There’s a handful of low-cost airlines in the USA, including Southwest and JetBlue. With the rising costs of fuel and route cuts, however, air travel in the US is becoming more expensive than it once was. 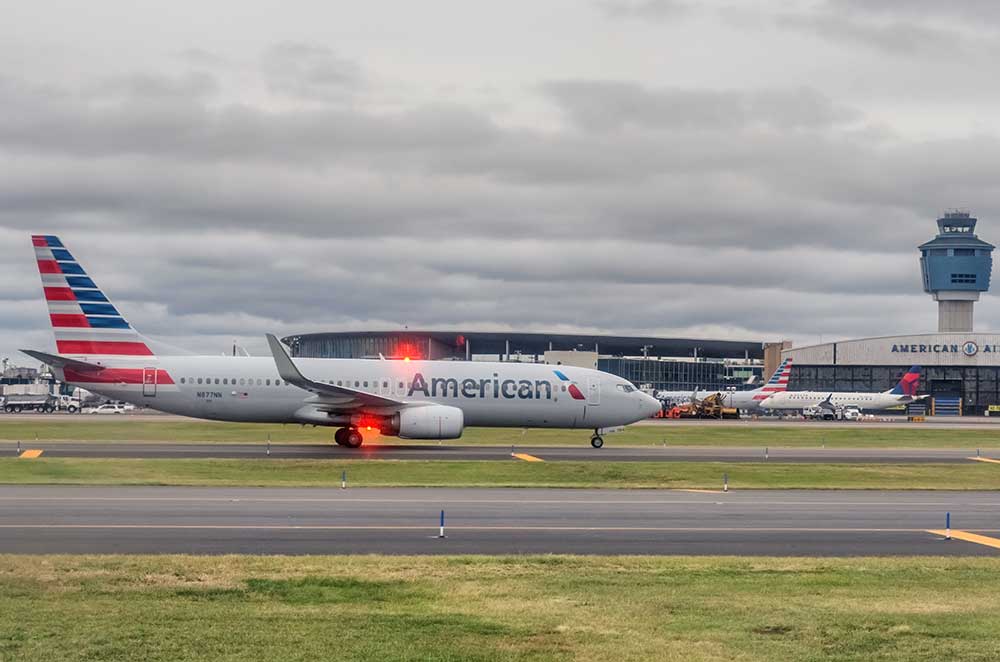 To get the best deals possible, you’ll want to book your flights at least 3 to 4 weeks in advance. Traveling in the summer high season and around the holidays also tends to be more expensive. Search in the spring and fall shoulder seasons to find the best flight deals.