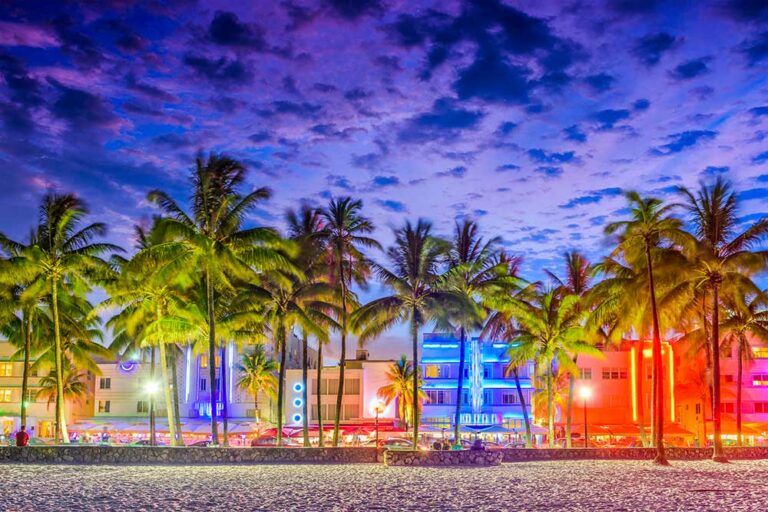 With its beautiful beaches, unique architectural palette, and bumpin’ nightlife, there’s no place in the Sunshine State quite like Miami. Second in popularity only to theme park-laden Orlando, Miami attracts a wide array of visitors every year, from spring breakers to families.

Most travelers venture to “Magic City” to laze on its golden Atlantic shores. Beyond its beaches, though, you’ll find plenty to keep you busy. Peruse the colorful Art Deco architecture of South Beach before digging into the city’s world-class dining scene. Enjoy an array of global and local favorites at a rooftop bar, with a tropical cocktail in hand and the Miami Beach sea breeze brushing your hair.

Ready to plan the ultimate South Florida vacation? Get started with this complete Miami travel guide, including what to see & do, where to stay, and when to visit.

Looking for more ideas for your trip? Check out our Florida Travel Guide for more recommendations on when to visit, where to go & what to do!

What to see & do in Miami

Got only one day in Miami? Set your sights for South Beach. Occupying the southern tip of Miami Beach, South Beach is home to many of the best things to do in Miami.

The iconic South Beach neighborhood, known colloquially as SoBe, teems with Michelin-star restaurants, upscale shopping boutiques, and the city’s most raucous nightclubs. And as its name hints, the area is also home to some of the best beaches in Miami, including its namesake shoreline. 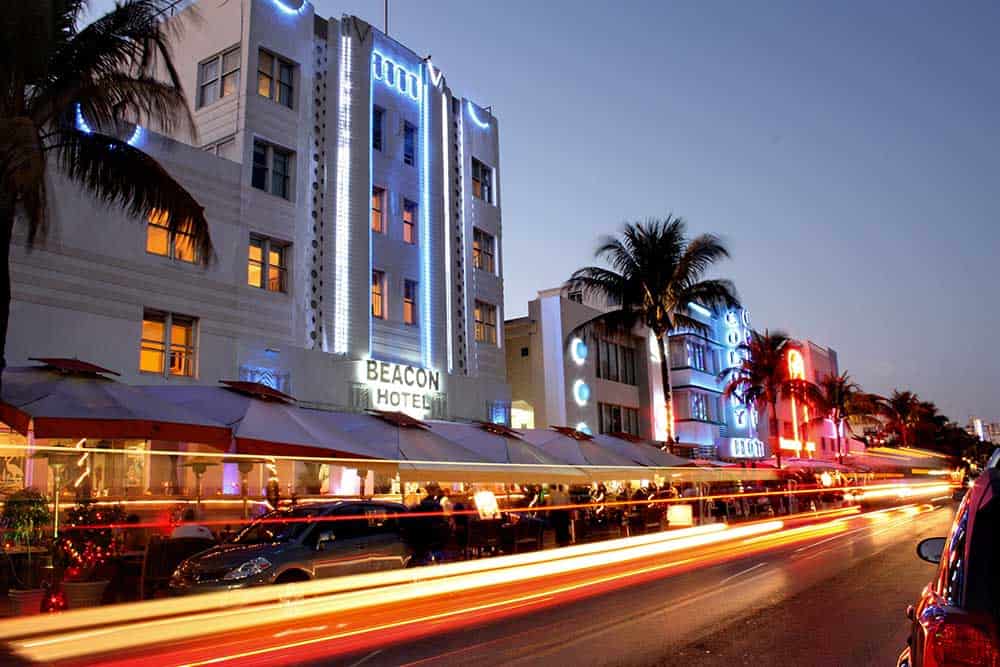 Spend the day in South Beach, lazing on the sandy shores around Lummus Park and walking along Ocean Drive to check out its iconic collection of beautiful Art Deco buildings.

Bring your wallet over to Lincoln Road to spend your hard-earned cash at the international fashion boutiques lining the avenue. Chow down along the pedestrian strip, or, for a change of scenery, check out the Mediterranean-inspired Española Way.

At night, soak in Miami Beach’s seaside vibes at Nikki Beach Miami. The laid-back restaurant & beach bar in the fashionable South of Fifth (SoFi) neighborhood is one of the coolest places to eat & drink along the South Beach oceanfront.

Miami’s most famous area, the Art Deco Historic District is one of South Florida’s must-see attractions. The historic neighborhood was listed on the National Register of Historic Places in 1979 thanks to its unique collection of Art Deco architecture. 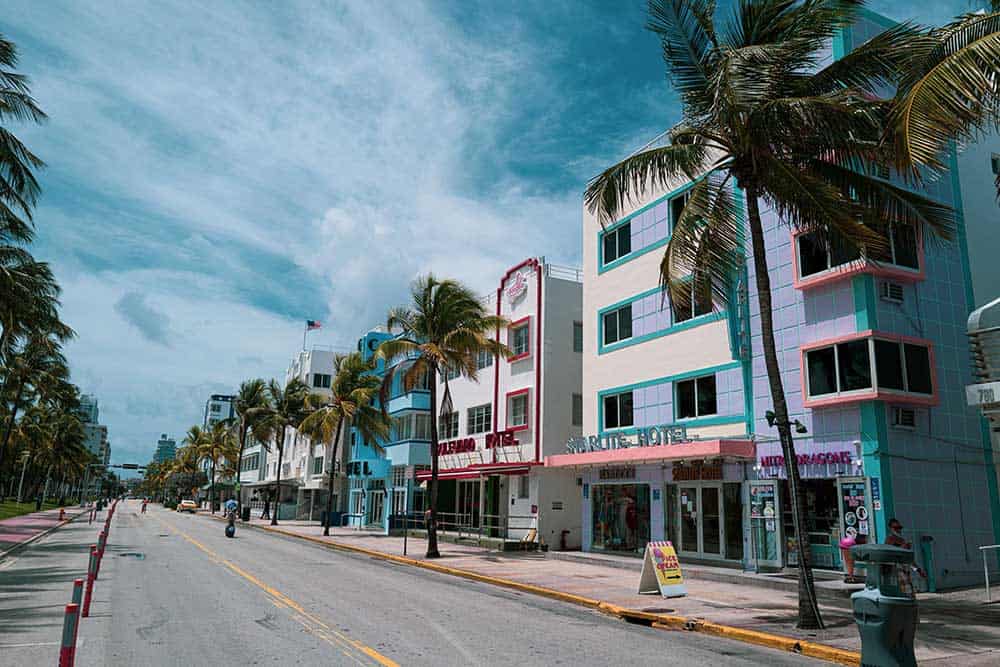 Covering the tip of South Beach, South Pointe Park is a favorite spot for catching a breather from the buzz of Miami Beach. The park sprawls 17 acres of oceanfront, crisscrossed with walking paths shaded by palm trees. 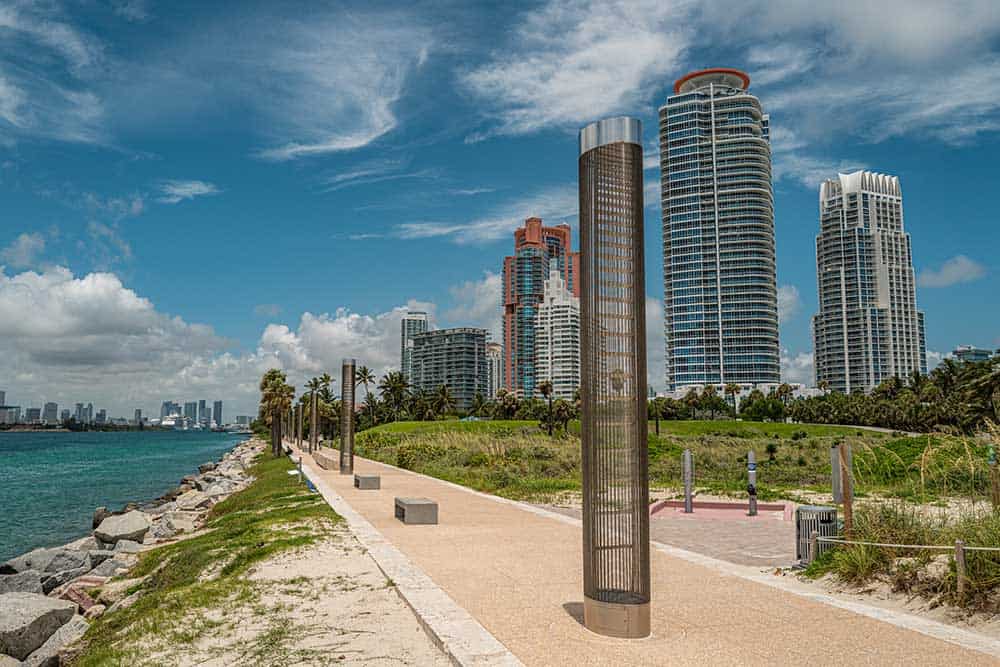 Meander along the shoreline, soaking in views of Downtown Miami and Fisher Island. If you’ve built up an appetite, stop in at Smith & Wollensky to chow down on some world-class surf & turf to the lapping of waves on the shore.

If you brought your rod & reel along, cast out a line at South Pointe Park Pier. Even if fishing’s not your thing, the 450-foot-long pier is a wonderful spot to breathe in the sea breeze and marvel at beautiful views of the Atlantic Ocean.

Watch Miami’s Cuban flair come to life with a visit to Little Havana. Located west of Downtown Miami, the buzzing neighborhood is full of street art, restaurants, cafes, and bars.

Start your day in Little Havana at Calle Ocho, the area’s main drag. Admire the colorful rooster statues and pay tribute to some of Cuba and Latin America’s most famous names along the Calle Ocho Walk of Fame. 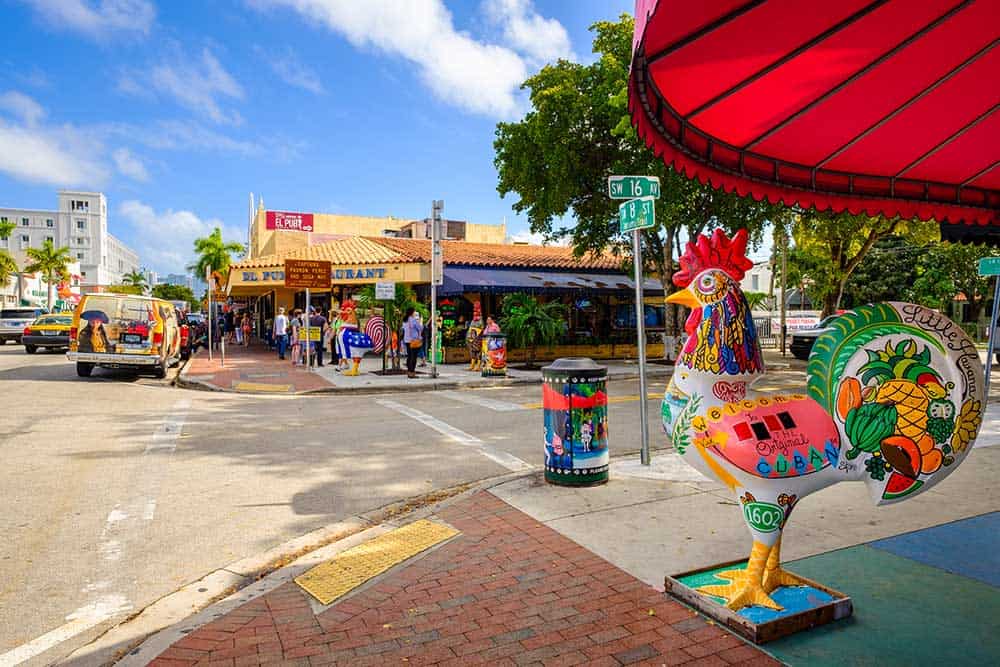 Visiting on the weekend? Get in on the Little Havana action on Friday night as Calle Ocho buzzes with live music, performers, and street artists. And you’ll want to save your appetite: There’s plenty of delicious Latin American food at the weekly festival, too!

For a tamer, more local view of Little Havana set aside time to chill out in Maximo Gomez Park. Known locally as Domino Park, the leafy park is a popular local hangout spot for locals to gather to play board games like dominos and chess.

Located north of Downtown Miami near Midtown, Wynwood Walls is one of Miami’s coolest spots. The open-air outdoor art gallery features street art from over 20 world-class artists from around the world.

To get the most out of your Wynwood Walls experience, opt for an official tour. Guides will walk you through each of the murals, giving you an inside scoop on the artists and their creations.

After you’re thoroughly inspired, take time to explore the rest of the Wynwood neighborhood. Stop to sip a pint at Wynwood Brewing Company, one of the best craft breweries in Miami. Or grab a meal at one of the area’s trendy restaurants, like R House Wynwood.

As Florida’s largest city and one of the Sunshine State’s most popular destinations, there are a ton of options for where to stay in Miami. For most travelers, the following areas & neighborhoods are good spots to start your accommodation search:

The best time to visit Miami is in spring, between mid-February and May. The spring months fall outside the city’s winter tourism high season and avoids the uncomfortable hot & humid summer weather. 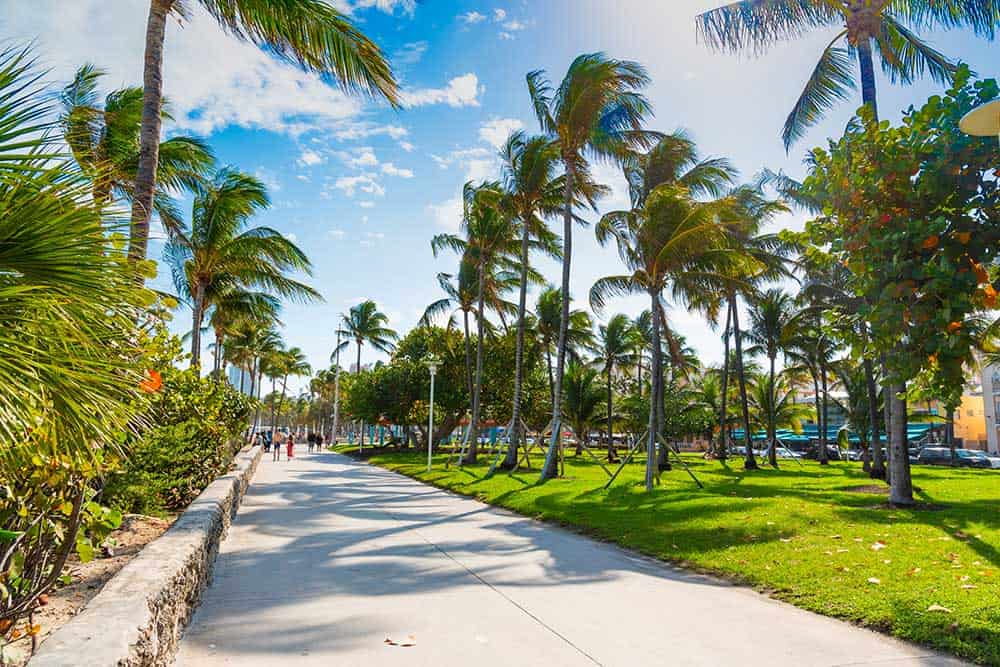 Hurricane season in Miami falls between June and November, peaking in September. Needless to say, these months aren’t a super ideal time to travel to South Florida!

Miami is well-connected by road to other cities in Florida and in neighboring states. Popular driving routes to/from Miami and estimated driving times include:

Even if you brought your own wheels, getting around Miami is most convenient with the city’s well-connected public transportation system.

Public transport in Miami includes the Metrorail, Metromover, and Metrobus, along with a network of trolleys in both Downtown and Miami Beach.

For exploring the downtown area, travelers will get plenty of use out of the Metromover. This free public transportation option operates on three loops in Downtown Miami and Brickell: the Omni Loop, Inner Loop, and Brickell Loop. 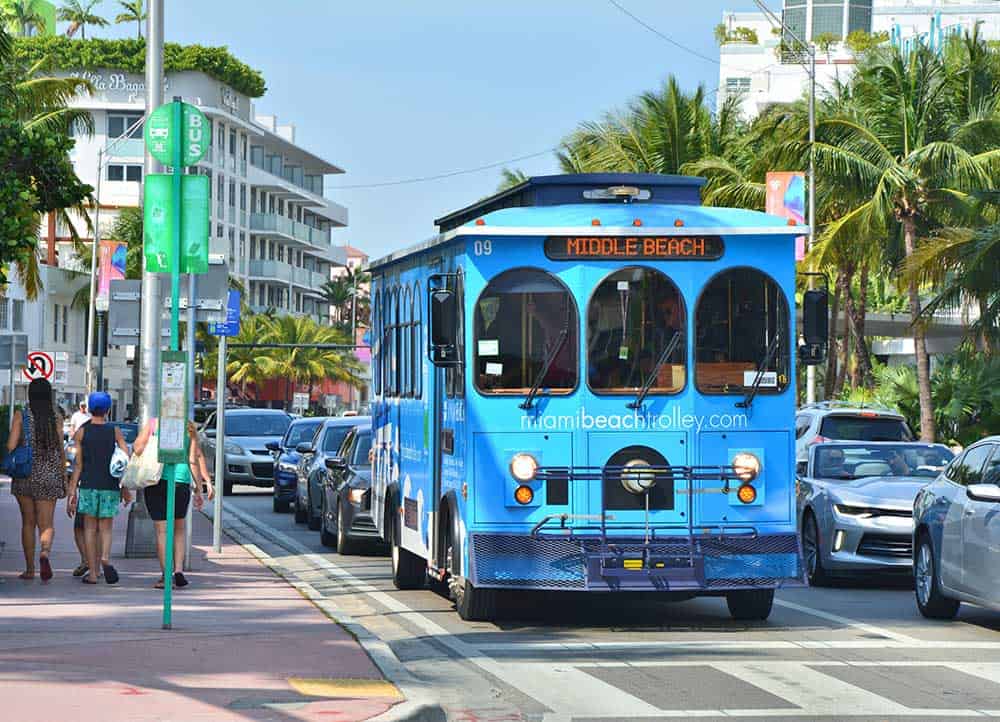 On these loops, you’ll have no problem whisking between top attractions like the Pérez Art Museum, FTX Arena, and the Frost Museum of Science.

If you’re sticking to Miami Beach, the trolley system is a great option. The Miami Beach Trolley operates four routes, letting you explore all of South Beach, Mid-Beach, and North Beach easily.

For tackling some of the best day trips from Miami—including Key Biscayne and Fort Lauderdale—hop onto the Metrobus system. With over 95 routes covering most of Miami-Dade County, it’s bound to get you nearly anywhere you want to go in the area!