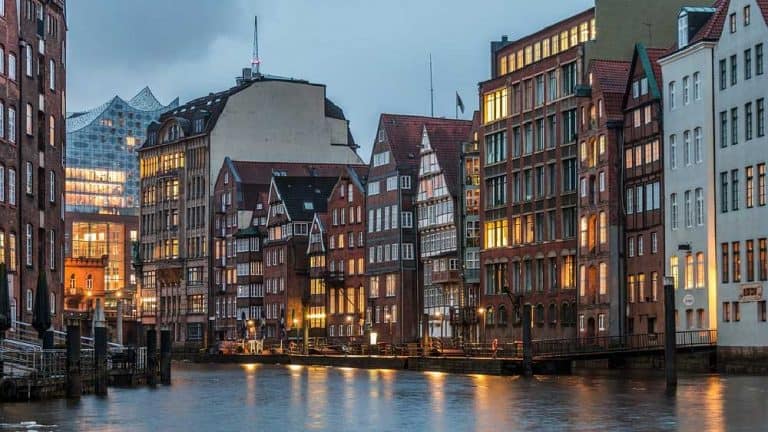 Built around the Elbe River, Hamburg is a sprawling city with canals, cafes, and massive warehouses. It also has one of the most famous red-light districts in the world. While these are great reasons to visit the city, you still need to decide where to stay in Hamburg.

Hamburg often gets overlooked by tourists in favour of Berlin, but the country’s second biggest city remains one of the best destinations in Germany.

Due to the importance of the area as a transportation hub during the industrial revolution, it’s home to some of the country’s most significant landmarks. Hamburg has also remained modern, offering upscale shopping and dining near the harbour.

While it’s easy to get around Hamburg, finding the best place to stay can make it easier to cross destinations off your itinerary.

Not sure how to find the right place? Start searching for accommodations with this guide to the best areas to stay in Hamburg…

Where to stay in Hamburg: The best neighbourhoods & areas

Hamburg is a large city divided into numerous districts and quarters, each with its own personality and flair. The waterfront area is going through redevelopment, while the Hamburg city centre still holds a sense of historic grandeur.

If you stay near the older parts of the city centre, you’ll surround yourself with cultural sites and loads of tourists. The cramped historic area includes extravagant churches and museums, along with well-preserved buildings of the 18th century.

Near the outskirts, you’ll find more residential neighbourhoods with shops and restaurants catering to the upper-class citizens of Hamburg. There are also a few bohemian areas with trendy clubs and lounges for the younger crowd.

The best places to stay in Hamburg include:

✔ Best area to stay in Hamburg for cultural landmarks and sightseeing

Any Hamburg itinerary will take you through Altstadt, the city’s incredible Old Town. It’s considered Hamburg’s city centre and where you’ll come across the most important landmarks. Overall, this area is the best choice for where to stay in Hamburg for most travellers.

The area includes five of the main historic churches in the city along with several museums and large public squares. Among the most important squares is Rathausmarkt, surrounded by shopping arcades and often home to festivals and events throughout the year. 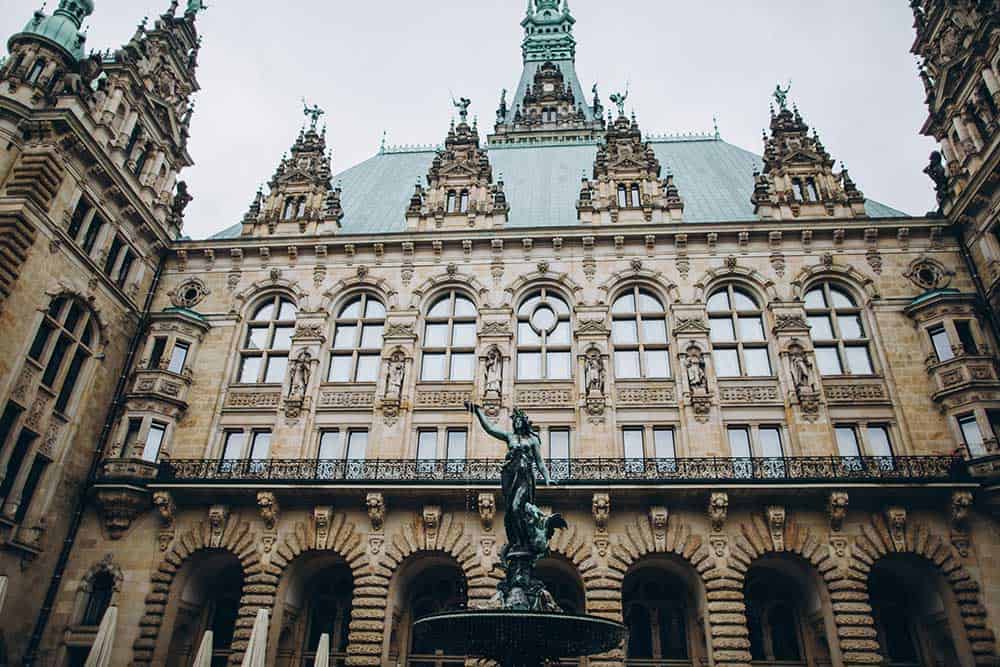 Hamburg Town Hall is another local attraction. The giant sandstone structure dwarfs nearby buildings, thanks to the multi-storey spire. The towering spire acts as a beacon, helping you navigate the old city centre.

First-time travellers tend to stay in Altstadt due to the convenient location. You can easily walk to most of the famous sites.

If you want to stay near the top attractions and find some of the best hotels in Hamburg, Altstadt is your best option. The Old Town district is also the starting point for many of the main streets that take you to the neighbouring districts.

The touristy Altstadt area has the largest selection of hotels in Hamburg, but they’re also among the highest priced. You pay a premium to stay near the cultural centre of Hamburg. While it’s a great destination for families and first-time visitors, make sure that you book its top-rated places to stay early.

✔ Top area to stay in Hamburg for shopping and history

While Altona is close to the city centre, it has its own atmosphere. In fact, the area was once its own city.

Altona has some of the best clubs and bars outside of St. Pauli. Like Altstadt, it also has many historic sites and older buildings, including residential Prussian buildings dating back to the early 20th century. 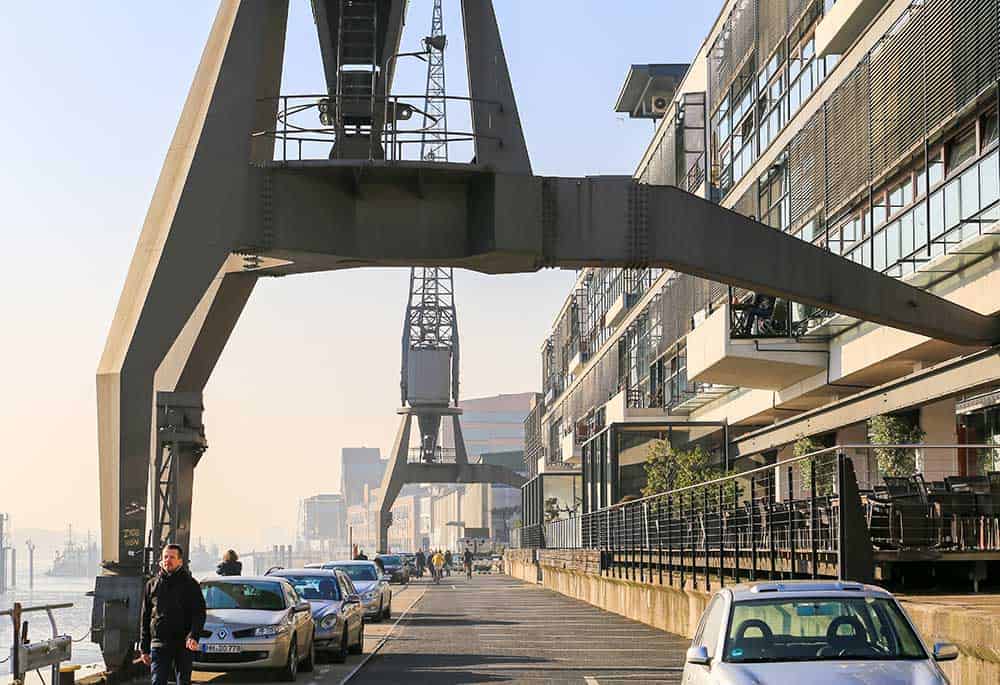 Besides culturally significant landmarks, Altona offers a lot of shopping. Take a stroll along the Elbe river, and you’ll pass dozens of shops, ranging from boutique operations to designer stores.

If you head further into the district and away from the shopping areas, you’ll come across smaller cobblestone streets lined with post-war brick buildings. Some of these narrow side streets contain hidden treasures, such as local bars, boutique shops, and little bakeries.

After spending time in the crowded tourist areas of Hamburg, you’ll also appreciate the green spaces of Altona. The district contains many public parks and the streets are often full of plant life, adding a splash of colour against the backdrop of red brick houses.

Altona is a more low-key compared to Altstadt or St. Pauli. As it’s outside of the Old Town, prices are also a little more reasonable. Many of the hotels are within walking distance of Hamburg Altona Station, providing convenient transport throughout the city.

✔ Best neighbourhood to stay in Hamburg for nightlife and music

The modern St. Pauli district is one of the best places to visit in Hamburg, despite its reputation as one of the most notorious red-light districts in Europe. In the past, the streets were quite raunchy and not very family-friendly. Like Times Square in New York, the area currently has a cleaned-up image, but still retains some of its old grit.

This district is also where the Beatles got their start, performing at packed little clubs as an unknown band from Liverpool, England. The musical tradition remains alive and well in St. Pauli. There is no shortage of trendy clubs with live music. 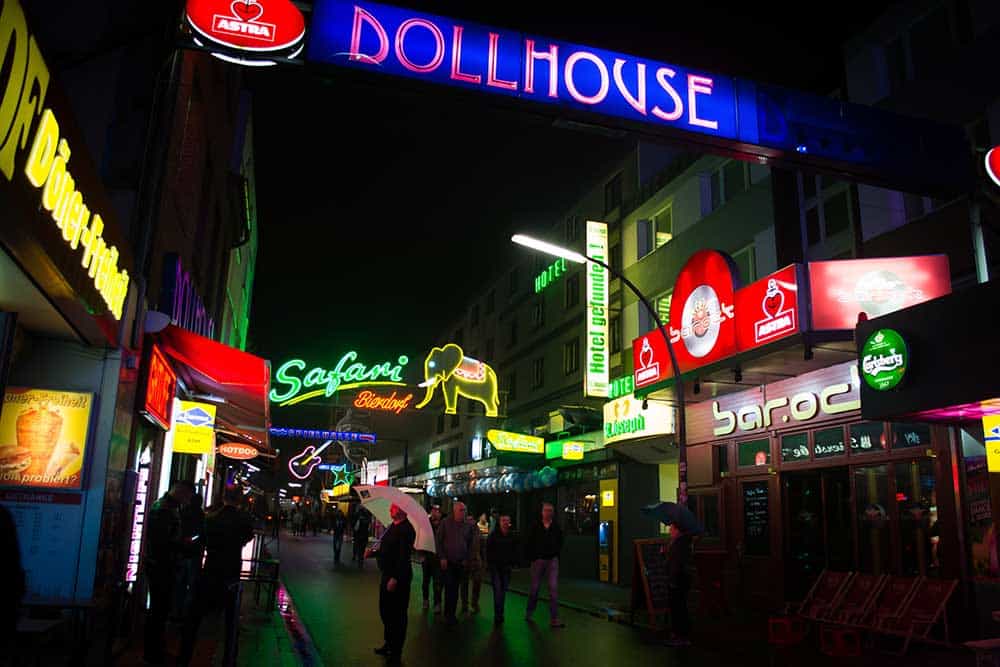 St. Pauli borders Schanzenviertel. The neighbouring district is also known for its seedy nightlife and is home to anarchists, punks, and poor students. The area is experiencing its own gentrification, attracting hipsters and bohemians and providing an interesting place to visit during your stay in St. Pauli.

If you want to see & experience the hipper side of the city, St. Pauli is the one of the top choices for where to stay in Hamburg. Be sure to stay here before it becomes overrun with modern development and high-class establishments.

The St. Pauli area offers some of the most affordable lodgings in Hamburg. In fact, there are numerous hostels in the area. Luckily, there’s also a decent selection of mid-range hotels that are situated near the action.

HafenCity is an area that’s currently going through a transformation. It’s a quarter within the Hamburg-Mitte district and covers portions of the former Port of Hamburg. It’s also home to the Speicherstadt making it a great choice for where to stay in Hamburg for travellers looking to spend time exploring one of the city’s most fascinating districts.

This warehouse district is the largest in the world, containing dozens of multi-storey buildings. Canals run through Speicherstadt, separating the buildings, which are connected via various footbridges. 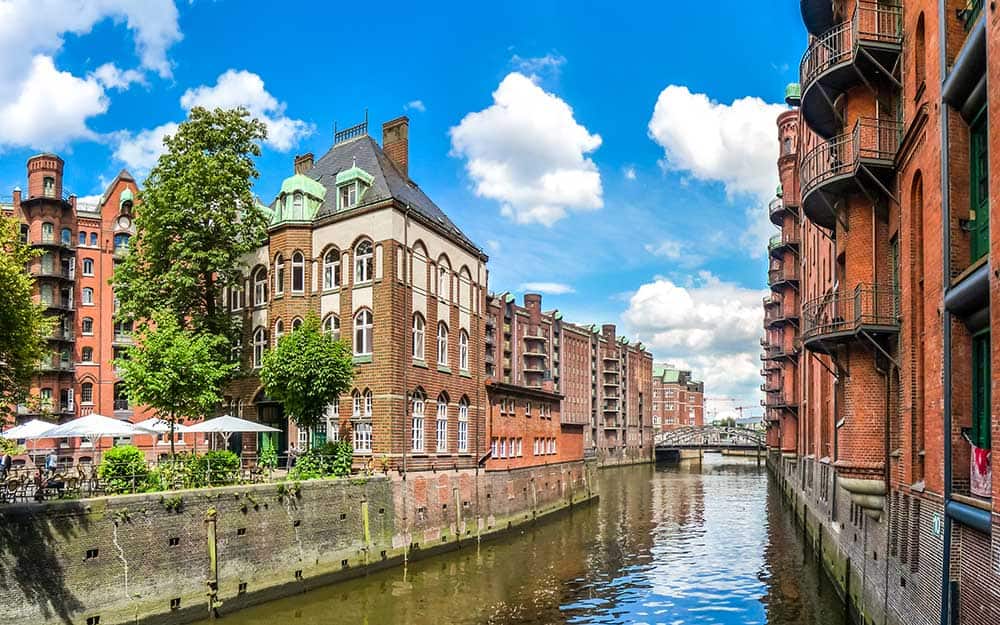 Visiting the warehouse district is one of the top things to do & see in Hamburg. You may want to visit before the area is completely changed. The Speicherstadt is currently in the process of major renovations, converting some of the old warehouses into upscale hotels and residential buildings.

The modernization of the port area is highlighted by the new Elbphilharmonie. The abstract architecture of the newly built concert hall stands in contrast to the 100-year old warehouse buildings.

Thanks to the revitalization of the harbour district, this is also where you’ll find the best restaurants and shops. HafenCity is quickly becoming the modern cultural hub of Hamburg and is a short stroll from Altstadt and the shopping areas that surround the lakes and waterways.

With the area’s small size there isn’t a huge selection of accommodations in HafenCity. The handful of places to stay that you will find here, however, are noticeably high-quality.