Hanoi is one of the oldest capital cities in the world, with an interesting history that includes periods of French and Chinese occupation. The impact of these cultures is still visible in the architecture and cuisine.

It’s one of the best destinations in Vietnam for foodies, history buffs, and anyone wanting to know more about the country. The only problem you may encounter is deciding where to stay in Hanoi.

Most people enjoy the chaotic Old Quarter. Thousands of scooters and taxis crowd the narrow streets, flying past the busy markets, cafés, and restaurants.

There’s much more to see beyond the Old Quarter. Visitors often overlook the nearby attractions, such as the various parks, the city’s zoo, and the massive Royal City or the quaint Khuong Thuong Village.

Not sure where to look? Start searching for accommodations with this guide to the best places to stay in Hanoi…

Where to stay in Hanoi: A complete guide to the best neighbourhoods and areas for travellers

The city covers a lot of ground, from the narrow streets of the Old Quarter to the surrounding residential districts and countryside parks. First-time visitors tend to stay in and around the center, visiting the boutique shops and crowded markets while walking past historic French colonial architecture. The central area also includes temples and other ancient attractions. Some of the surrounding districts are more modern, offering shopping and restaurants. Get a taste of the distinct cuisine that melds French and Asian culinary traditions after spending an afternoon shopping at the modern malls.

No matter where you stay, you’ll find getting around Hanoi is easy. You can travel to most of the destinations in the Old Quarter on foot and buses or taxis can whisk you away to any of the other areas of Hanoi.

The best areas to stay in Hanoi for travellers include:

✔ Best area to stay in Hanoi for cultural and historical sightseeing

The Old Quarter offers access to some of the top attractions in Hanoi. Many of the most-visited temples and historic sites in the city are either inside the Old Quarter or just a short walk away in Ba Dinh District. 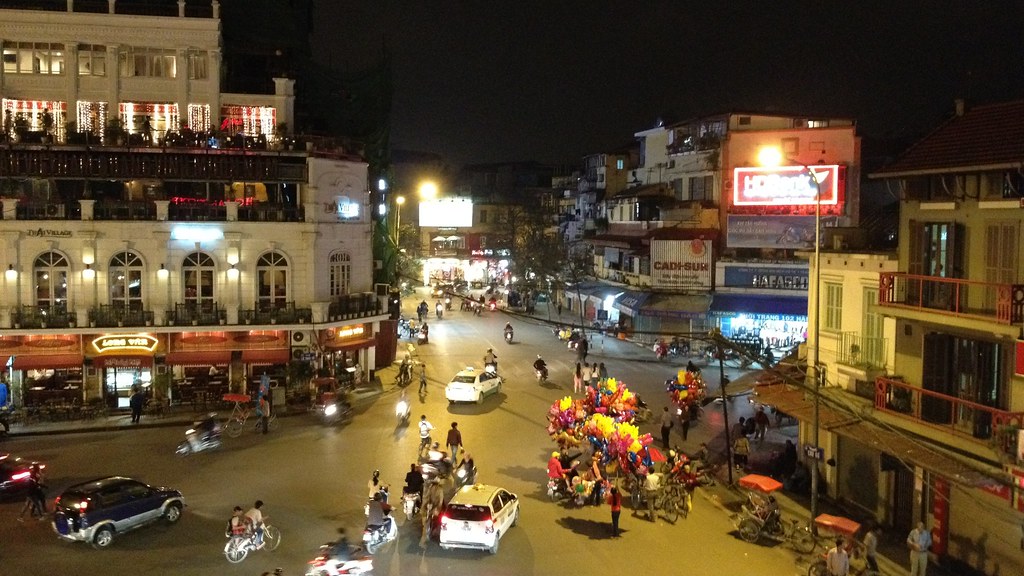 The buildings in the area feature French colonial architecture, especially on the main streets. Some of the buildings include preserved shophouses. The narrow homes had stores upfront, courtyards in the back, and living quarters on the upper floors.

Most of the shophouses remain in use, with multiple families sometimes sharing a single dwelling. As you walk the street, try to visit some of the local stores housed in the old shophouses. You’ll find cafes, bakeries, and boutique shops that you cannot find anywhere else in the world.

If you want to add as many stops to your Hanoi itinerary as you can, stay in the Old Quarter. It’s in the center of the city and includes quite a few great hotels. Due to the location, the hotels tend to fill up quickly during busy tourist times, so book early.

If you want to visit all the historic landmarks, but want less noise at night, consider staying in the Ba Dinh district. It covers a large section of central Hanoi, bordering the southern part of West Lake.

The area includes many of the historic attractions, mostly located in and around the main square. You can visit the One Pillar Pagoda, Hanoi Flag Tower, and the Soviet-style mausoleum for Ho Chi Minh without leaving Ba Dinh.

The large, open district is about a 15-minute drive from Hoan Kiem Lake and borders the northern edge of the Old Quarter. It offers modern amenities and luxuries, including large shopping malls and commercial districts. It’s also an alternative to the crazy, crowded streets of the Old Quarter.

Ba Dinh also offers diverse nightlife. You can find little bar streets, noisy clubs, and laid back lounges. It’s an eclectic district with something for everyone.

The eastern parts of the district, bordering the lake and the Old Quarter, are the most crowded and lively. To the west, the district settles down and includes large residential neighbourhoods with a few hotels here and there.

As the district caters to everyone, you’ll find hotels to suit any taste or budget. Stay at mid-range hotels or luxury high-rise resorts with terraces that look out over the city. Unfortunately, more people are starting to realize the value of Ba Dinh, so vacancies disappear quickly.

✔ Best neighbourhood to stay in Hanoi for foodies and families

The Tay Ho District includes West Lake, the largest freshwater lake in Hanoi. If you stay in this area, you’ll have access to scenic parks, botanical gardens, and more temples. As tourists tend to love shorelines, the area around the lake includes stylish cafes, restaurants, and shops. 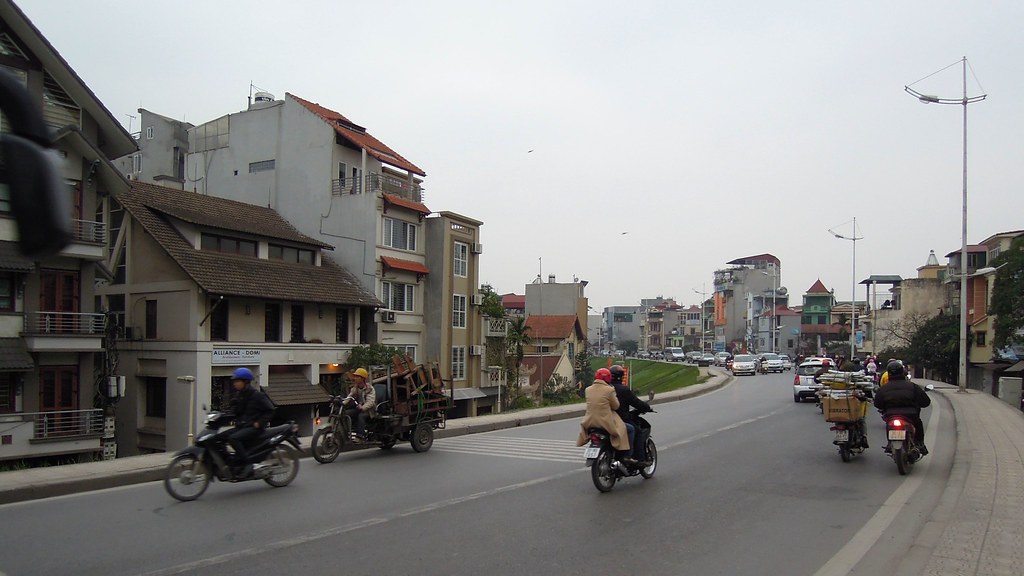 Tay Ho doesn’t have the same nightlife offered in Ba Dinh or the Older Quarter. It’s more family-friendly and relaxed.

Even if you don’t stay in the area at night, many people visit it for the afternoon. You can rent a boat and travel the lake, explore the lakeside restaurants and stores, or travel out to the temple on the lake.

Tran Quoc Pagoda is on a small island in the lake, now connected to the mainland via a small bridge. This district is also home to Quan Thanh Temple, featuring interesting wood carvings of flowers, trees, and animals.

If you want to try local Hanoi cuisine, the southern part of the lake is the best place to go in the city. You’ll find an entire street with nothing except seafood restaurants serving locally sourced food. The northern side of the lake is more residential but includes some of the top-rated five-star hotels.

The Tay Ho district has a wide range of hotels, mostly located on the eastern and northern parts of the lake. Along with five-star resorts, you can stay at quaint little boutique hotels near the shore or business hotels located on the main streets.

✔ Recommended area to stay in Hanoi for luxury shopping and dining

If you want to live the high life in Hanoi, stay in the French Quarter. It’s an interesting neighbourhood. While you can find French influence in the architecture and culture throughout the city, this area has a stronger connection with the former colonial rulers. 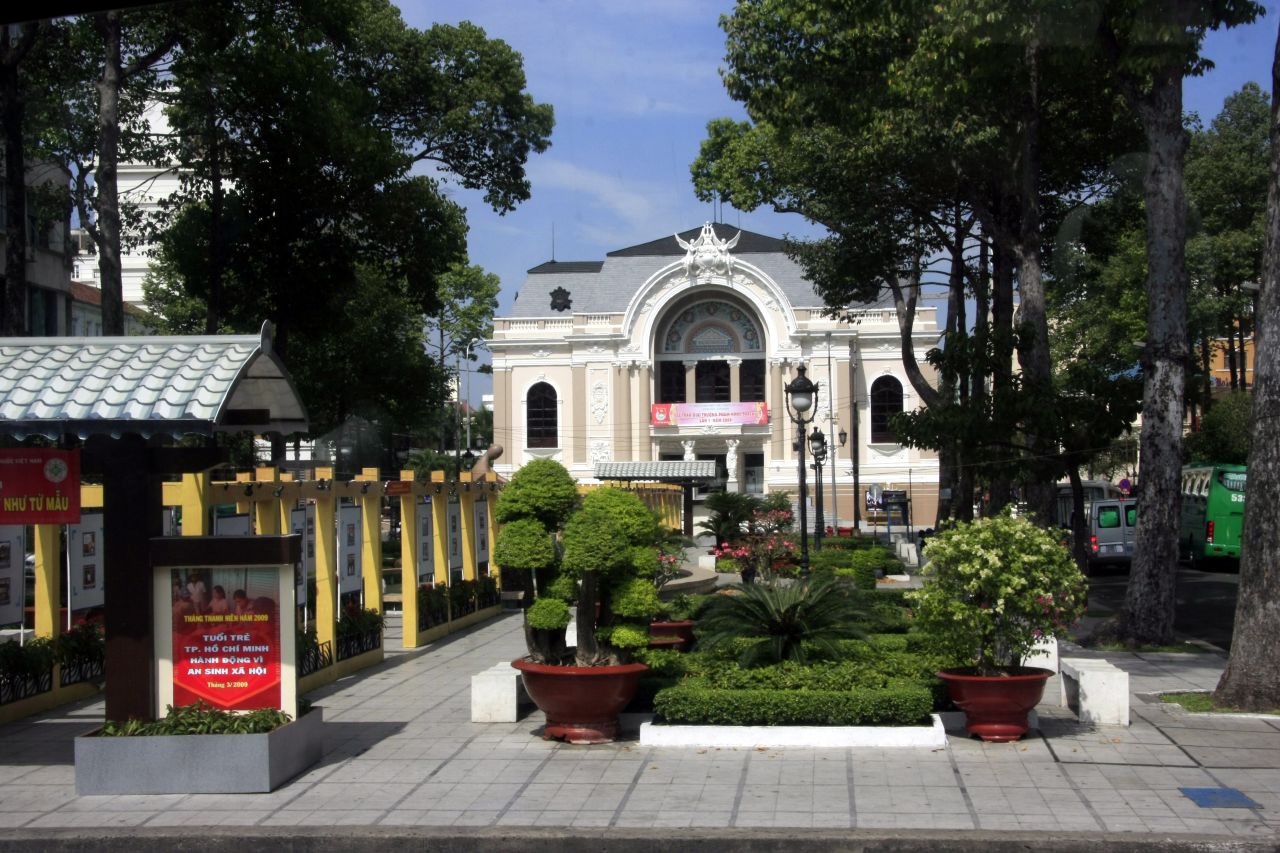 The small cafes with outdoor seating and designer shops instantly remind you of the streets of Paris. It’s also home to quite a few attractions.

You can visit art galleries, historic sites, and museums. One of the most famous attractions is Hoa Lo Prison, used by French colonists for political prisoners and later by the North Vietnamese to hold American POWs.

While the area has historic attractions, many people visit this district for the cuisine. The restaurants serve high-end wines and authentic European dishes, including French cuisine. If you want to shop, visit the three-story Trang Tien Plaza. The shopping mall includes luxury shops with designer brands, including Dior and Louis Vuitton.

The fine dining, luxury shopping, and convenient access to historic sites make it a top choice for honeymooners and couples.

Recommended hotels in the French Quarter

The French Quarter boasts some of the best hotels in Hanoi. As this area tends to attract fewer tourists, you’re more likely to have your choice of hotels. The only drawback is the extra few blocks it takes to reach the Old Quarter.

Beyond Hanoi accommodations: More places to stay in Southeast Asia