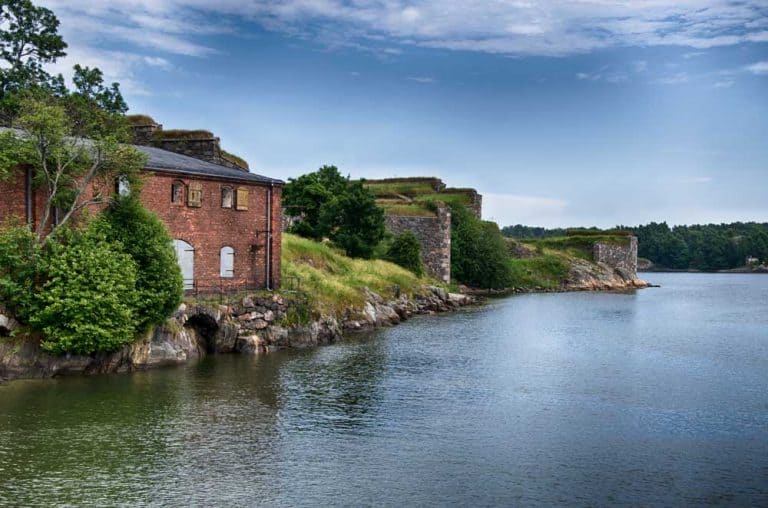 Planning a trip to Helsinki? While you’ll have no problem finding things to do, you may struggle to decide where to stay in Helsinki.

Nestled against the Baltic sea and its many small inlets, Helsinki is the capital of Finland. Although ever-changing, the innovative Finnish city still holds onto its traditions. Wandering about its neighbourhoods & districts, historic buildings showcase the architecture of its past.

The best areas to stay in Helsinki for travellers ring in & around its city centre. If you stay near the sea in Kamppi, you’ll find some of the best hotels in Helsinki. Many are tucked away among the district’s well-preserved historic architecture. Further from the centre, you’ll find value-laden 3-star business lodgings & boutique hotels. Neighbourhoods like Kallio, Toolo, and Punavuori are great alternatives to the historic centre.

Ready to book the perfect Helsinki accommodations? Get your search started with this complete guide to the best places to stay in Helsinki…

Looking for more ideas for your trip? Check out our other hotel & accommodations guides and our Finland Travel Guide for recommendations on when to visit, where to go & what to do!

Best places to stay in Helsinki

Although its not the largest European capital, choosing where to stay in Helsinki isn’t always simple. Helsinki covers over 700 square kilometres. It’s one of the largest metro areas in the Nordic region. In its sprawl, you’ll discover an array of interesting areas, districts & neighbourhoods. The options cover all accommodation types, including boutique hotels, apartments, and homestays.

Helsinki is a walkable city and features an efficient public transportation system. No matter where you choose to stay, it’ll be easy to get around, but it helps to stay near the main sites you’d like to visit. It’ll help you cut down on travel time, giving you more time to enjoy each destination. 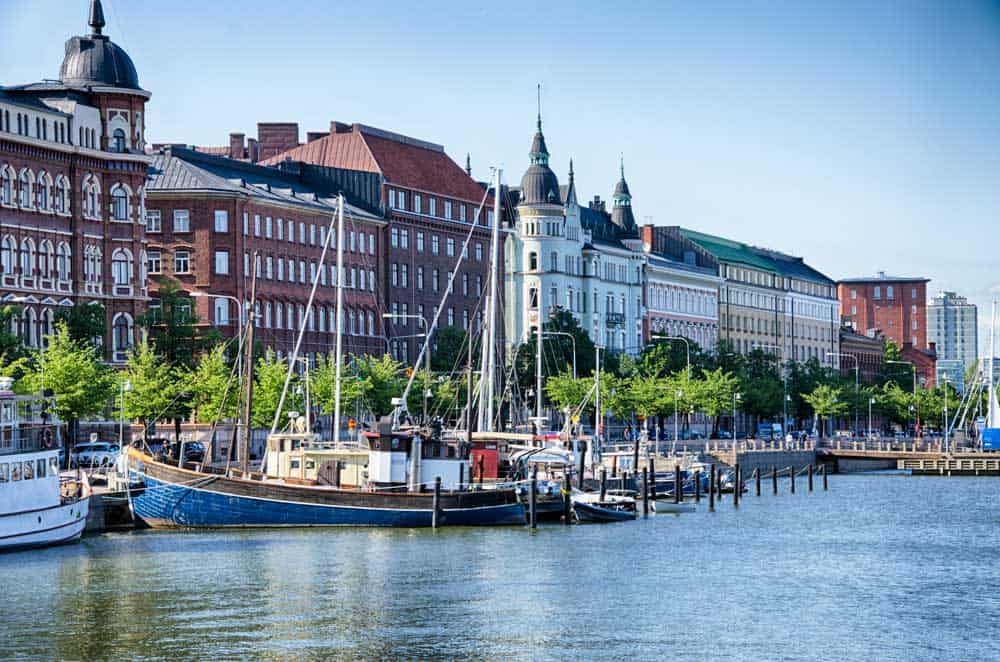 Helsinki is divided into 59 neighbourhoods and 34 districts, each with its own character. When visiting the city for the first time, you’ll want to choose one of the neighbourhoods closer to the centre and the seaside attractions.

The most central area to stay in Helsinki is Kamppi in the heart of the city. It offers access to the most notable churches and museums in Helsinki. You’ll also enjoy convenient bus routes to the neighbouring towns and suburbs.

Kamppi is where more tourists choose to stay, but there are several other options. Whether you want to stay somewhere trendy or laid-back, Helsinki has you covered.

The best areas to stay in Helsinki include:

✔ Best area to stay in Helsinki for sightseeing & museums

Kamppi is in the centre of Helsinki. It’s often the first place travellers visit, especially on a time-crunched Helsinki itinerary. The downtown district includes many of the city’s most important cultural attractions. In the area, you’ll find sightseeing destinations like the Old Church, Kamppi Chapel, and Helsinki Cathedral.

The Kamppi neighbourhood offers museum lovers a chance to explore. The district is home to the Natural Museum of Helsinki and several other notable museums. Art lovers will love exploring local artwork at Helsinki City Art Museum 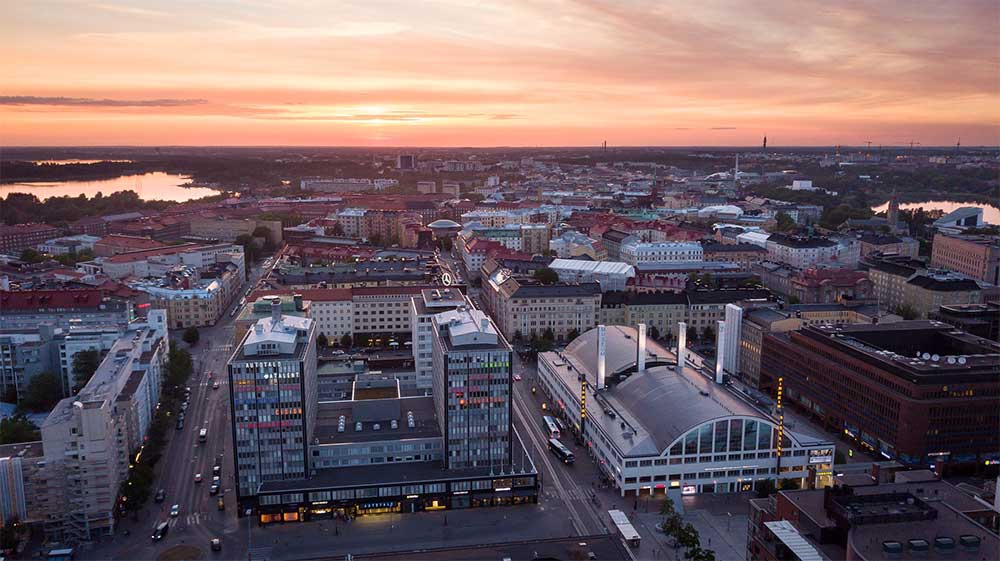 As the central business district, the area also has several bars, restaurants, and shopping centres. Kamppi is home to the largest shopping complex in the region, Kamppi Center. The complex is the biggest construction site in the history of Finland.

If you’d rather not spend a lot of time travelling between attractions, Kamppi is one of the best places to stay in Helsinki. The neighbourhood is central, diverse, and full of fun things to explore.

As the most popular tourist district, Kamppi includes some of the best hotels in Helsinki. You’ll also find a wide range of options, from three-star boutique hotels to fancier five-star options.

Kallio is a trendy part of the city, home to many students, musicians, and artists. The area has a bit of a hipster/bohemian vibe. Kallio was once a working-class neighbourhood popular with families. Today, it mostly caters to the younger crowd.

The hipster influx has led many locals to flee to nearby neighbourhoods. Many former resident frown upon the changes to the district. It’s also become a much more popular area for tourists. 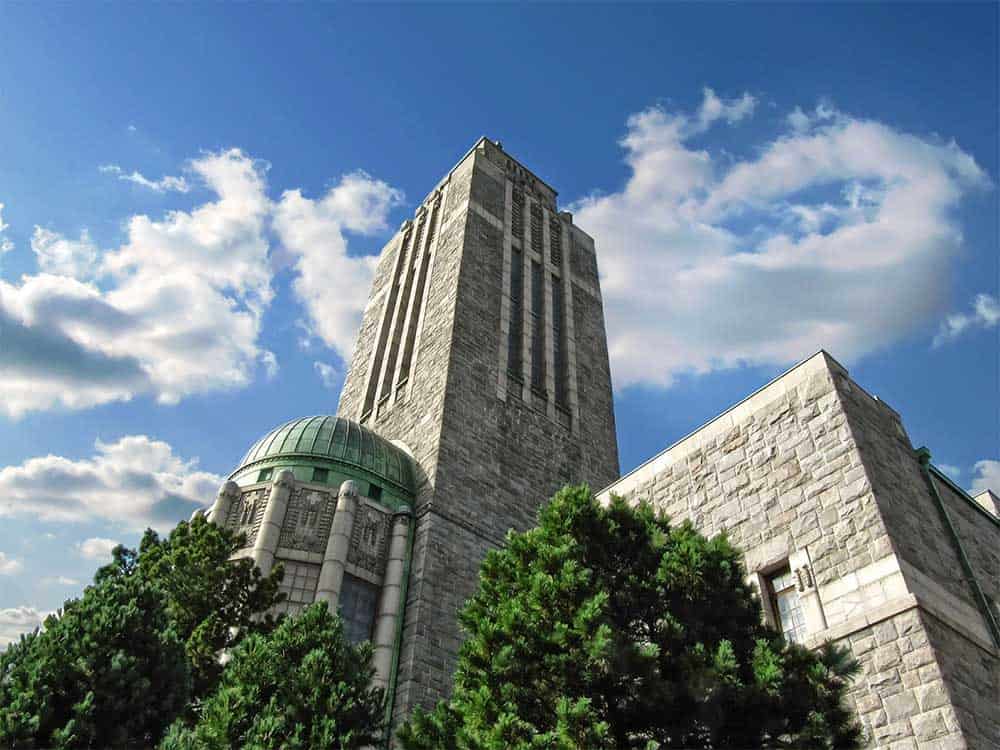 Kallio offers a laid back atmosphere and a wide selection of bars, cafes, and restaurants. During the day, you can spend your time hanging out at the affordable coffee shop. Or you can browse the goods at the local flea markets. In the evening, visit one of the bars or clubs for live music and poetry readings.

The district also offers a handful of fantastic greenspaces. You’ll love a chance to relax in both Kaisaniemi Botanic Garden and Kaisaniemi Park.

If you’re lucky, you’ll visit in time for the neighbourhood’s annual block party. Taking over most of the streets, the party is the biggest event of the year.

Kallio doesn’t have a lot of hotels. While you’ll find hostels and apartments in this area, there are only a few options. Keep in mind that vacancies here fill up quickly, often months before the travel date.

Want to get away from the urban settings of the previous neighbourhoods? You’ll enjoy staying in Toolo. This leafy district is known for its natural surroundings and exceptional cuisine.

In Toolo, you’ll find the top restaurants and green spaces in the city. The area is one of the best places to visit in Helsinki for authentic Finnish cuisine and five-star dining. 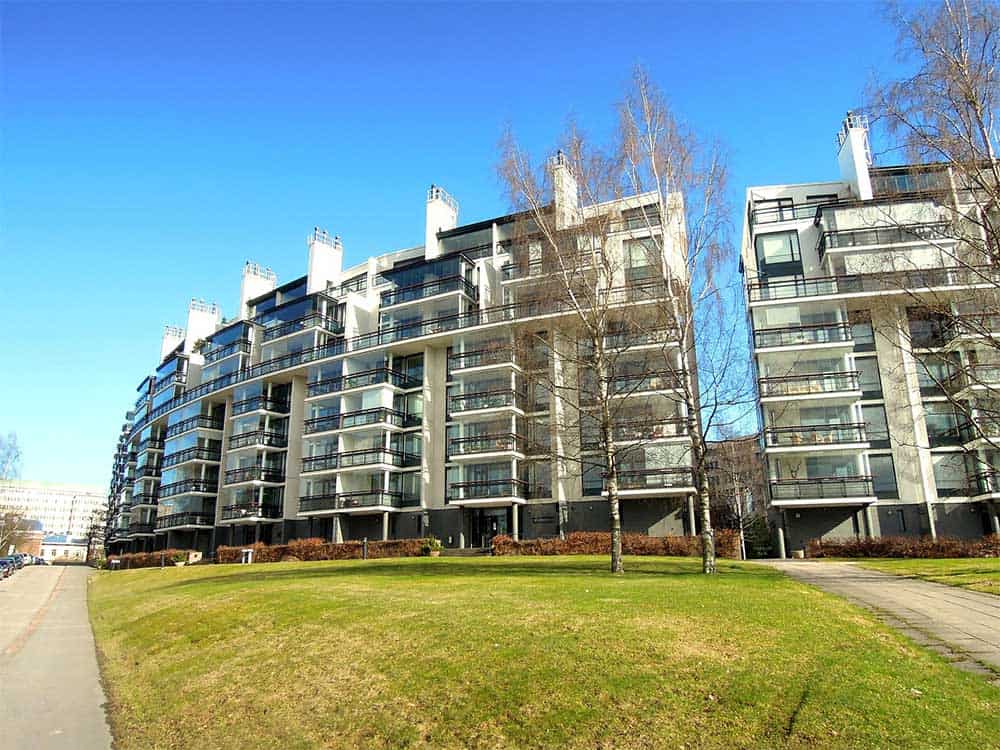 While Toolo is further from the attractions in the city centre, it has its own cultural landmarks. You can visit the Opera House, Finlandia Hall, or Olympic Stadium to explore the rich cultural traditions of Helsinki. You’ll also find quirky attractions like the Sibelius Monument and Temppeliaukio Church nearby.

The Toolo neighbourhood starts just behind the Parliament House. The streets are wide and many of the buildings were erected in the 1920s or 1930s. This district also stretches out for several kilometres. It’s a little more challenging to explore the neighbourhood entirely on foot.

The Toolo neighbourhood includes a lot of villas and apartments for rent. Luckily, it also has a few hotels near the edge of the district and closer to the downtown area.

Along with Eira and Ullanlinna, Punavuori makes up the design district of Helsinki. In this area, you’ll find some of the most interesting and unique architecture.

Located in the downtown part of Helsinki, these neighbourhoods provide convenient access to the rest of the city. With the hotels in this area, you can stay near the sea, nature, or the inner city. 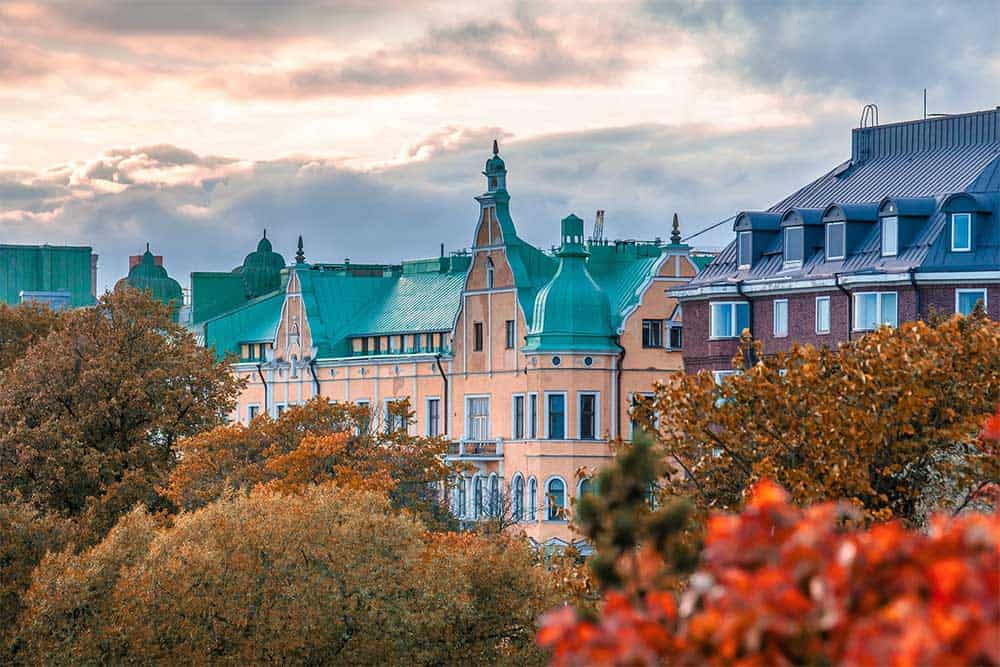 The district once housed many of the city’s factories. A lot of the old industrial sites were converted into commercial spaces. Now, many contain trendy cafes, shops, and restaurants.

The Punavuori area also has many design shops. They’re especially prevalent along the main narrow streets near the centre of the district.

You’ll find some of the city’s odder and more creative culinary experiences in this district. The restaurants here tend to appeal to a trendy crowd. This area is a good choice if you’re looking to discover original Finnish gastronomical delights.

Besides dining venues and original architecture, this district is known for Kaivopuisto, the oldest park in the city. The park is in Ullanlinna, which is one-third of the design district.

This trendy art district has a variety of boutique-style Helsinki hotels, apartments, and hostels. Some of these spots are very close to Kamppi. They offer much lower rates compared to other hotels in Helsinki, particularly those in the central district.