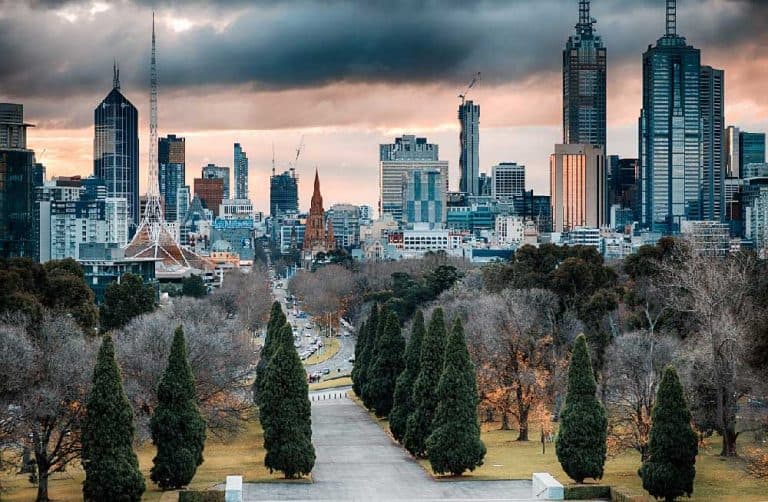 Choosing where to stay in Melbourne is often overwhelming for first-time visitors. As the second-largest city and one of the best travel destinations in Australia, Melbourne covers a large area.

Each area offers different attractions and atmosphere. From the historic centre and central business district to the surrounding suburbs, the city has something for travellers of all ages and interests.

Melbourne is often considered a hip city. It has a vibrant downtown and many trendy districts located near the waterfront. It’s also known for its coffee culture, shopping, and an eclectic mixture of attractions.

Whether you want to party, explore historic sites, or shop until you drop, at least one of the neighbourhoods should satisfy your needs.

Not sure where to search? Start looking for accommodations with this guide to the best places to stay in Melbourne…

Where to stay in Melbourne: The best areas & neighbourhoods

Most first-time visitors simply choose to stay in the central downtown area of Melbourne. It’s the heart of the city and home to several important landmarks. 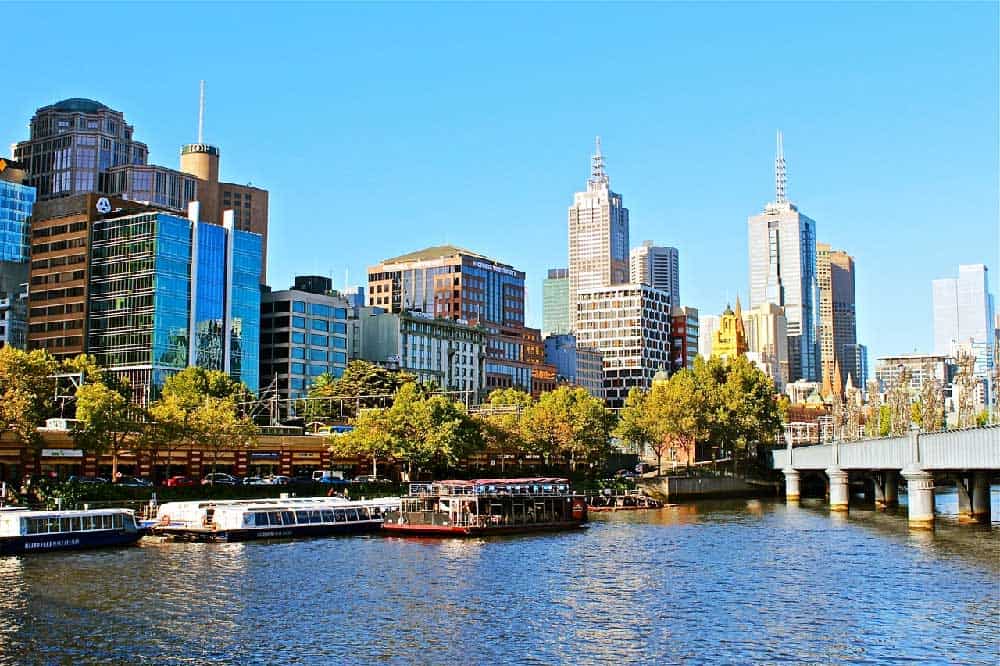 It’s not the only part of the city to visit. In fact, the city is divided into hundreds of suburbs.

Melbourne covers most of the coastline around Port Phillip Bay, extending into the hinterlands and surrounding valley. It grew from the Victorian gold rush and has become a major metropolitan city. As you walk the urban streets, you’ll pass original street art, numerous theatres, and live music.

It’s also one of the most liveable and pedestrian-friendly cities in Australia. Getting around is easy, allowing you to explore multiple parts of Melbourne no matter where you stay.

The best areas to stay in Melbourne for travellers include:

Melbourne Central Business District (CBD) is the largest and most visited part of the city. It’s the top choice for those that have just one day in Melbourne to see all the sites, as many of the main landmarks are found within it.

Melbourne CBD contains a little bit of everything. You can take a cruise along the river, explore Chinatown, and shop at the historic Queen Victoria Market within a single afternoon.

It’s a tradition to start your journey around Melbourne under the clocks at Flinders Street Station. From there, you can explore the coffee shops, historic buildings, and cultural sites that fill Melbourne CBD.

The city centre contains a grid of streets, making it easy to navigate. You can also hop on the City Circle tram. It’s a free ride that takes you past some of the top attractions. Ride the tram to Melbourne Aquarium, Princess Theatre, and the National Gallery of Victoria.

A highlight of a trip to the CBD is shopping at Queen Victoria Market. For over 140 years, the inner-city market has attracted shoppers seeking fresh produce and local goods. You’ll find over 600 small stalls spread across seven hectares.

As the historic centre of the city and the main business district, this area has some of the best hotels in Melbourne. Staying in this area also comes with a higher price tag. If you plan on exploring other parts of the city, try finding a hotel near one of the metro stations.

St. Kilda is an interesting district with an eclectic mixture of smaller neighbourhoods. While it’s historically home to Melbourne’s red-light district, it’s now one of the best parts of the city for families. It’s right near the beach and a short trip from the central business district. 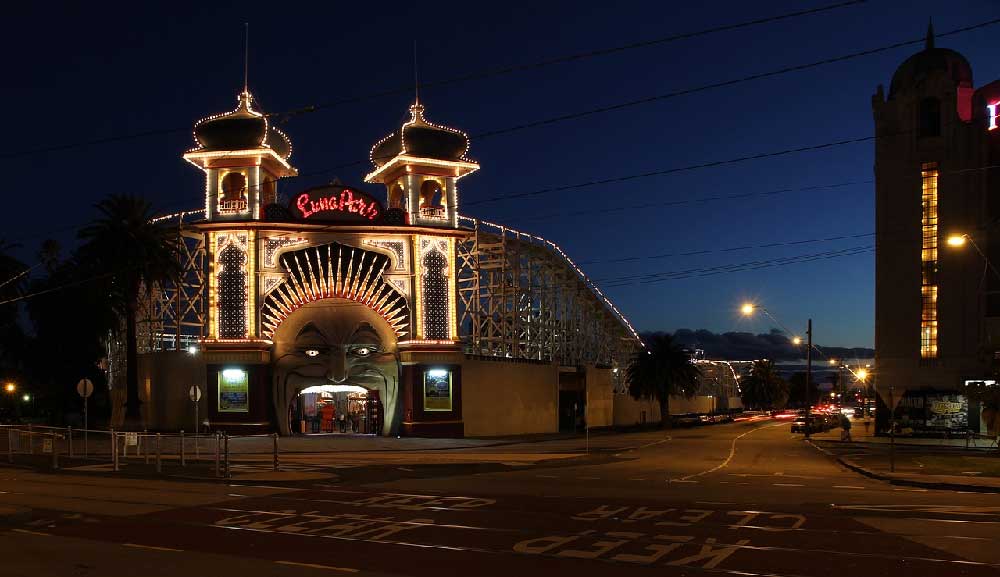 Located in the south-eastern part of Melbourne, St. Kilda has access to the beachside attractions and activities. You can spend your day on the sand or in the water before exploring the cocktail clubs and lounges in the evening.

St. Kilda is one of the older districts, containing many historic buildings and several famous theatres. This neighbourhood also holds numerous festivals throughout the year, including various outdoor celebrations with live music and parades.

It’s a friendly, festive place to stay with lots of options for food and drinks. The seaside area contains rows of bars and seafood restaurants. Further from the beach, you’ll find family restaurants, fast food chains, and bars.

While people tend to come to St. Kilda for the beach, families should enjoy a trip to Luna Park. It’s a historic amusement park, it opened in 1912, and it contains authentic rides and attractions of the era.

Some of the best hotels in St. Kilda are found near the beach. You may even find accommodations with views of the bay. This historic suburb also has hotels for every budget, from affordable business hotels to luxury seaside resorts.

The colourful Fitzroy neighbourhood is home to artists, hipsters, and college students. Naturally, it contains many bookstores, boutique shops, small galleries, and cafes. It’s also the best part of the city to visit for nightlife and entertainment. The diverse neighbourhood has a wide selection of clubs, bars, and restaurants to suit any taste. 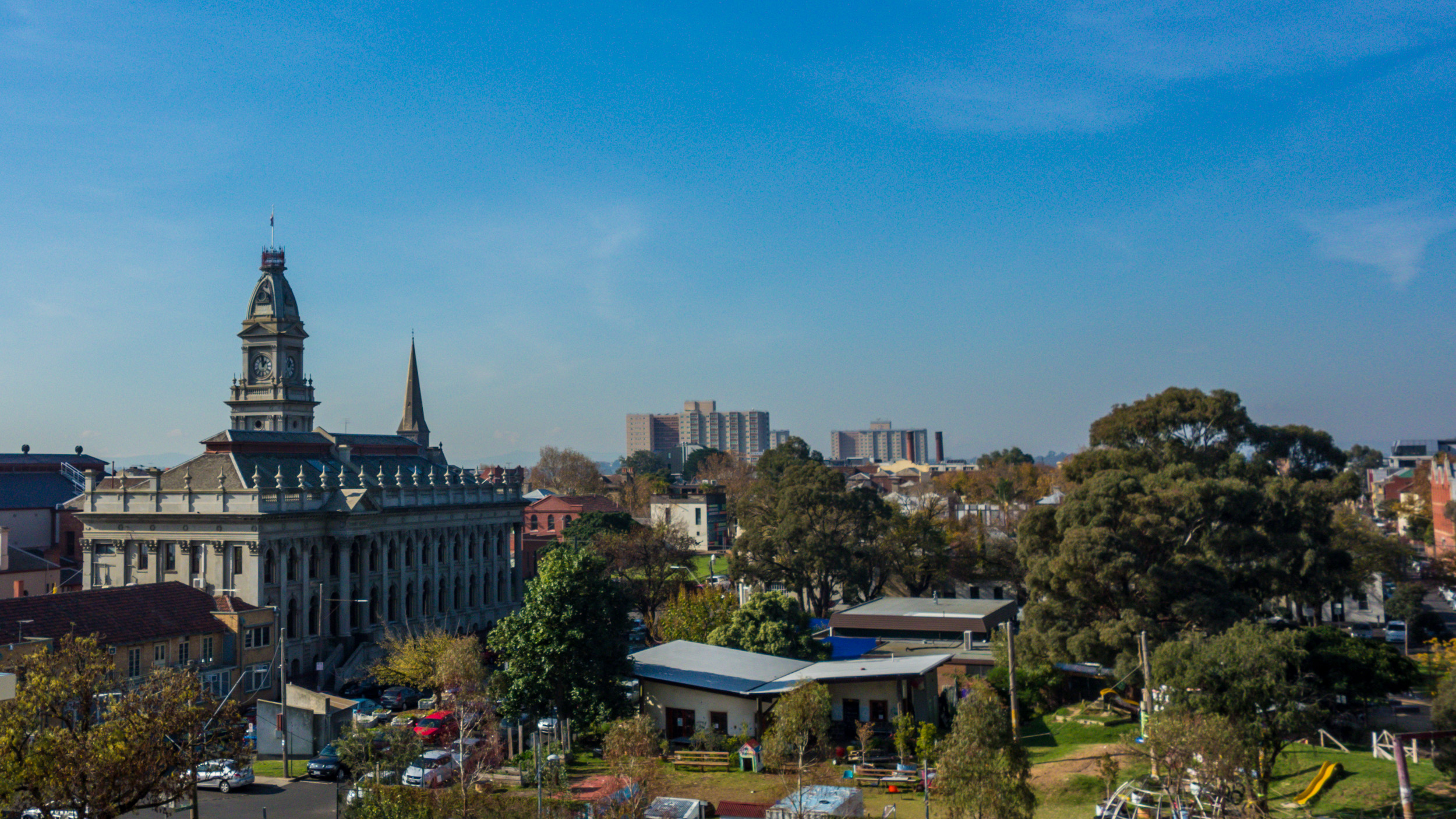 Most of the district revolves around busy Brunswick Street, containing an endless selection of affordable restaurants and cafes. It’s also where you’ll find some of the art galleries and bookshops.

Walk around the corner to Johnston Street and you’ll come across a thriving Spanish quarter. Many tapas bars and flamenco restaurants have popped up in recent years.

If you’re visiting during the weekend, make sure you take a trip to the artists’ market on Rose Street. Located in a large warehouse, the market is packed with vendors selling handmade fashion and street food.

As with most of the neighbourhoods, Fitzroy isn’t too far from the central part of the city. You can still visit everything on your Melbourne itinerary while staying in this entertaining district.

Fitzroy has dozens of hostels and several apartments while the selection of hotels is limited. Depending on the season, you can still find a few locations with private rooms and baths. Keep in mind that hotels near Brunswick Street may become a little noisy on the weekends.

South Melbourne is one of the oldest districts. Primarily a working-class part of the city, it contains numerous pubs and markets. While many of the top things to see & do in Melbourne are found in the CBD, this south-central district is a short trip away.

Located between Port Phillip Bay and the Yarra River, South Melbourne has a mixture of residential streets with modern homes and older neighbourhoods with Victorian-era estates. It’s also one of the more affordable parts of the city, attracting budget-conscious travellers and backpackers.

The diverse South Melbourne region offers some of the best views of the downtown skyline. From the port area, you can look north and see the skyscrapers and hotels near the waterfront.

If you visit this area, travel to the South Melbourne Market. It’s not as large compared to Queen Victoria Market, but it’s older. Located in a large covered building, the market has close to 150 stalls.

The local vendors sell a wide variety of street food, produce, meat, and handmade goods. During the day, you’ll also often find live music and entertainment on the streets around the market.

Beyond Melbourne accommodations: More places to stay in Australia