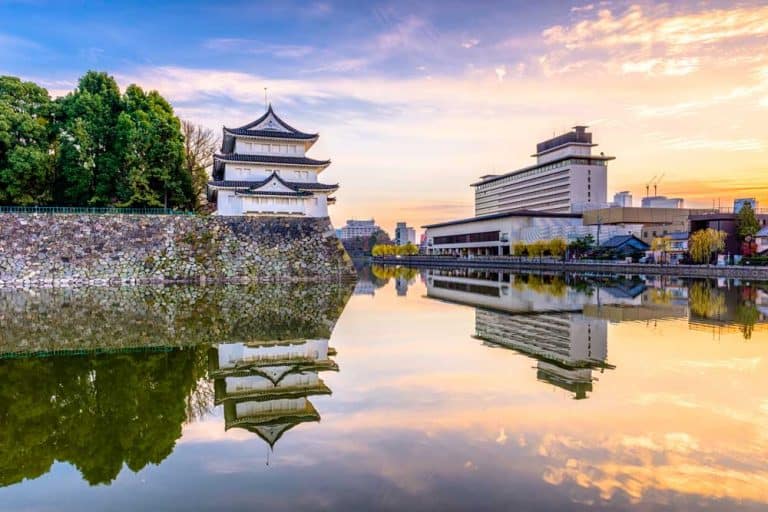 The major port city of Nagoya tends to get less attention compared to the larger cities when choosing the best travel destinations in Japan. This is a shame, as the city has lots to offer curious travellers.

As the centre of the Japanese automotive industry, Nagoya is known for innovation.

You can find at least a dozen different automobile museums and science centres. It’s also got a strong history, which still celebrates both ninja and samurai traditions.

While the city has an extensive public train network, finding where to stay in Nagoya makes it easier to plan the rest of your trip.

The sprawling metropolis includes 16 wards, each with their own selection of attractions and cool places to visit. Whether you enjoy shopping, sightseeing, or fine dining, Nagoya has something for everyone.

Don’t know where to look? Start searching for accommodations with this guide to the best places to stay in Nagoya.

Where to stay in Nagoya, Japan: A complete guide to the best neighbourhoods and areas for travellers

Any extended trip to Japan should always include a stop in Nagoya. While it’s quite a bit smaller than Osaka or Tokyo, this city is still a major metropolis with millions of citizens and dozens of attractions. 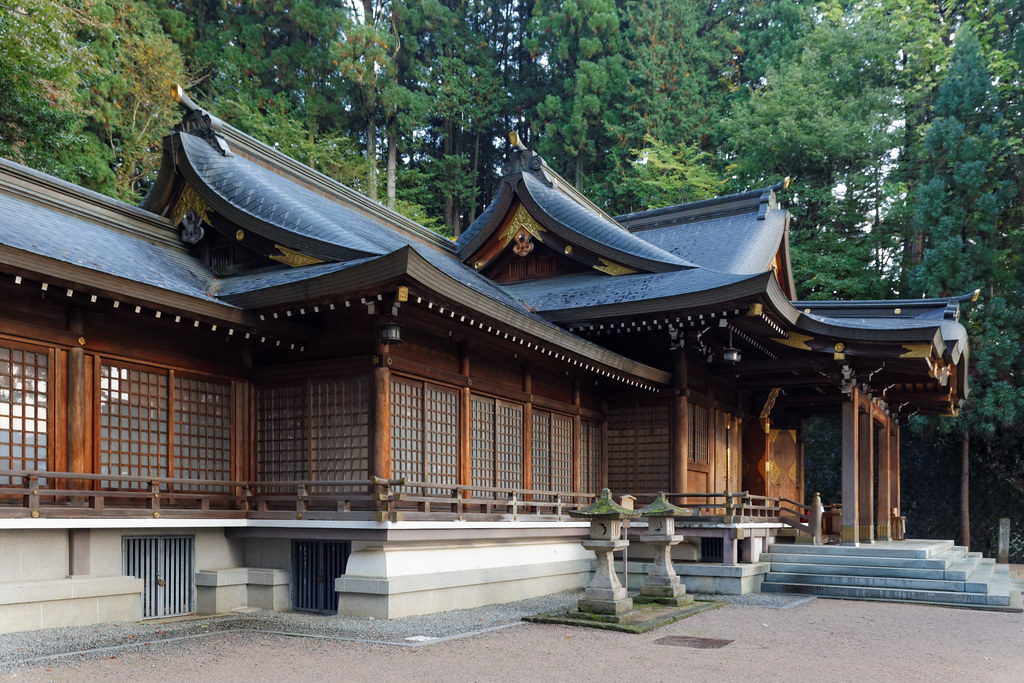 It’s also divided into 16 wards, making it a challenge for you to choose where to stay.

The city truly offers a mixture of historical and modern attractions, thanks to the preserved ancient sites that exist alongside modern Toyota museums.

In the centre, you’ll find Naka Ward, known for its traditional sites, such as Nagoya Castle. Nearby, you’ll find the department stores and shopping streets of Sakae Town.

These places are also easy to move between. The public train and rail systems connect each ward at major stations found right near the top attractions.

So, where should you sleep? Some of the best areas to stay in Nagoya for travellers include:

✔ Best area to stay for history lovers and car buffs

Most first-time tourists settle on Naka Ward. It’s the centre of the city and it is also where you’ll find the top things to see & do in Nagoya, including the iconic Nagoya Castle. 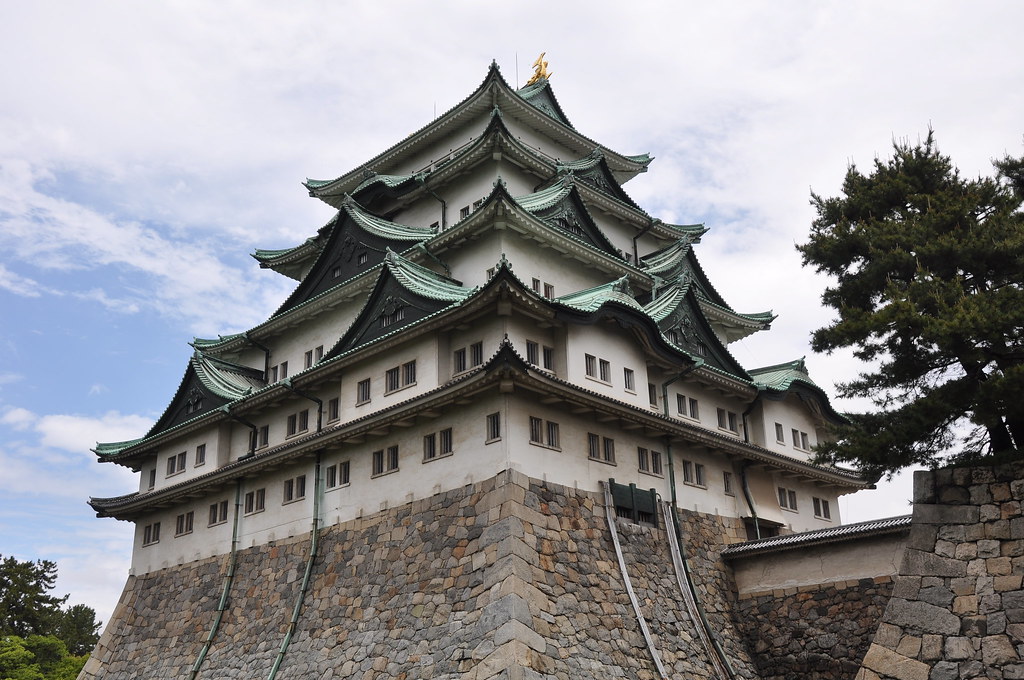 If you want to learn more about the history of Nagoya, Naka Ward provides the most resources. You can visit various historical sites and some of the museums dedicated to the automobile legacy of the city.
No trip to a Japanese city is complete without visiting at least a few shrines. Naka Ward includes several important shrines and temples, some of which date back hundreds of years.

Of course, the central ward offers something for everyone. Besides museums and historical sites, the city has a vibrant nightlife and an enviable food scene. When you reach the outskirts of the historic district, you’ll also find major commercial development, with modern buildings with a variety of restaurants, bars, and clubs.

As with most of the wards, Naka has its own public parks. Meijo Park is just a short walk from Shiyakusho Station, providing you with a chance to spend more time outdoors.

Where to stay: The best hotels in Naka Ward

This central ward offers a mixture of upscale accommodations and budget hotels. If you want a great view of the downtown area, book your room early. Some of the hotels near the city centre fill up quickly.

Here are a few of the best hotels and places to stay in Naka Ward:

✔ Best area to stay for shopaholics and art connoisseurs 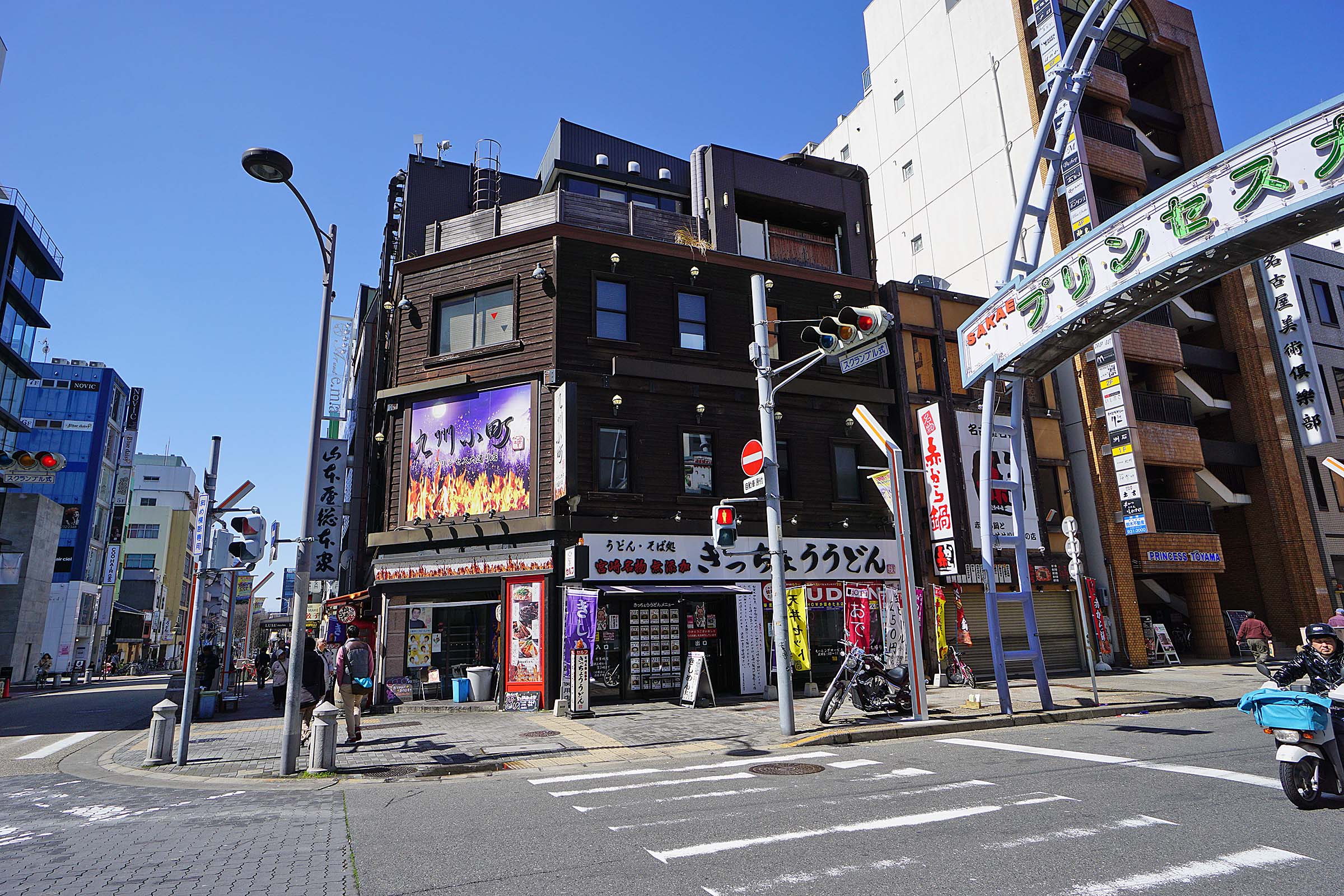 The variety of shopping venues also caters to every budget. You can shop for designer brands or find local fashion finds.

Besides shopping, the area has several notable museums, providing a chance for art lovers to check out impressionist pieces from 20th-century artists.

If you’re interested in Nagoya nightlife, Sakae Town makes a good starting point. At night, the area lights up with neon displays while the streets fill up with youthful revellers. Visit a karaoke club or get drinks at one of the many cocktail bars.

As with other parts of the city, you can still reach other spots with a quick trip on the train. The Nagoya TV Tower and Nagoya Castle are both just one station away.

Where to stay: The best hotels in Sakae Town

If you want five-star accommodations, you’ll find them in Sakae Town. This neighbourhood offers some of the best hotels in Nagoya. You can stay close to shopping or find a spot with a view of Oasis 21 or the TV tower.

Here are a few of the best hotels and places to stay in Sakae Town:

Kanayama is a little further from the shopping and historic areas in Naka Ward. You may also run out of things to keep you busy in this neighbourhood.

So, why should you stay in Kanayama if there isn’t much to do? The best reason to stay here is to avoid the tourist traps. You can find more peace and quiet in Kanayama and more affordable accommodations.

Most of the neighbourhood has modern development, especially near the centre. The skyline is filled with towering buildings, including the 31-story Kanayama-Minami Building.

The commercial tower houses the Nagoya Boston Museum and the Nagoya Urban Institute. The museum includes some of the best work from Japanese artists while the Urban Institute offers exhibits detailing the development and history of the city.

Kanayama also provides a convenient spot for exploring more of Nagoya. This neighbourhood includes the main interchange station between the various subway and rail lines that run through the city, giving you a simple method for getting around.

Where to stay: The best hotels in Kanayama

The most accessible hotel is directly across from the station, located inside the Kanayama-Minami Building. There are also a couple of mid-range options within walking distance of the station. Overall, you get a variety of options to suit any budget.

Here are a few of the best hotels and places to stay in Kanayama:

Located in the northwestern corner of the city, Nishi Ward doesn’t get as packed with tourists compared to some of the other areas. If you want to catch a break and spend time away from the crowds, Nishi has a few activities to keep you entertained.

The area is known for its historical street. Merchants have lined the street since the Edo period and many of the structures date from that time. It’s an interesting place to spend an afternoon, immersing yourself in the history of the city.

Besides historic buildings, there is a neighbourhood museum, one of the tallest buildings in Japan, and a large public park. Shonai Greens provides a tranquil atmosphere with green fields and many walking paths.

Nishi Ward gives you a chance to relax, but it’s still easy to get to the centre of the city. As with all the wards in Nagoya, Nishi connects with the rest of the area via the rail and bus networks.

Where to stay: The best hotels in Nishi Ward

As one of the less travelled wards, you shouldn’t have trouble finding a vacancy in Nishi. If you plan to see more of the city during your Nagoya itinerary, try to stay near the main bus station.

Here are a few of the best hotels and places to stay in Nishi Ward: