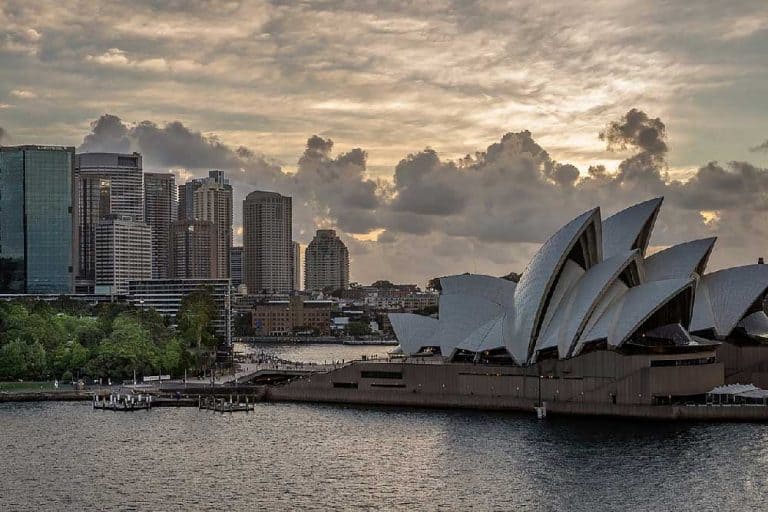 Deciding where to stay in Sydney is an important process that impacts the rest of your trip.

If you stay out near the beach, it takes longer to reach the inner city. On the other hand, staying downtown offers access to lots of dining and shopping options along with more crowds.

As one of the best travel destinations in Australia, Sydney attracts millions of travellers each year. It has a combination of historical and contemporary landmarks and attractions, offering something for everyone.

The sweeping shoreline and towering skyline highlight the main features of this city. People tend to come for the beaches and harbourfront areas lined with restaurants before venturing into the city for shopping and entertainment.

Not sure where to start looking? Get your search for accommodations started with this guide to the best places to stay in Sydney…

Where to stay in Sydney: The best areas & neighbourhoods

Sydney is one of the oldest cities settled by the British, founded just 18 years after James Cook landed in the region. The history of the city is found in some of the older buildings in the downtown area but Sydney is also a modern metropolis.

The districts of Sydney have evolved over the years and developed their own flavours and atmospheres. If your Sydney itinerary takes you through the entire city, you’ll discover quiet suburbs, bohemian neighbourhoods, and some of the best beaches in the world.

Sydney is located on the eastern coast of Australia. Many of the neighbourhoods border the ocean while most of the metro area surrounds Port Jackson. As you venture west, you’ll see the Blue Mountains in the distance. No matter where you go, you’re never far from a scenic landscape.

The best areas to stay in Sydney include:

If you plan on visiting the top attractions in Sydney, consider staying in the centre of the city. The central business district (CBD) covers downtown Sydney and provides convenient access to everything else that the region has to offer.

Along with a central location, Sydney CBD offers endless shopping and dining options to suit any style or taste.

It’s a bustling area during the day and becomes a little quieter at night. However, it doesn’t shut down entirely at night. The streets to the north and around Wynyard Station include many small bars, clubs, and lounges.

While the CBD has many modern attractions and buildings, it’s one of the oldest parts of the city. Hidden between high-rise buildings, you’ll come across several historic sites including old churches and administrative buildings.

The CBD also has a surprisingly large amount of green space. The sprawling Hyde Park and the Domain are two of the most popular public parks. You could spend an entire day walking the trails in these forested parklands.

The central part of the city is where most first-time visitors stay as it’s the most convenient area for reaching the destinations on your Sydney itinerary.

Sydney is not a cheap place to visit and the hotels in the CBD tend to cost a little more compared to the other districts. While you can find some of the best hotels in Sydney in the CBD, including several five-star resorts, expect to pay more.

✔ Top place to stay in Sydney for budget travellers and nightlife

Kings Cross is considered one of the most affordable parts of the city. It’s also home to the city’s red-light district. While this was once a seedy part of the city, it’s experienced a revitalisation in the past decade. It’s become less grungy, thanks to a trendy selection of little cafes and boutiques. 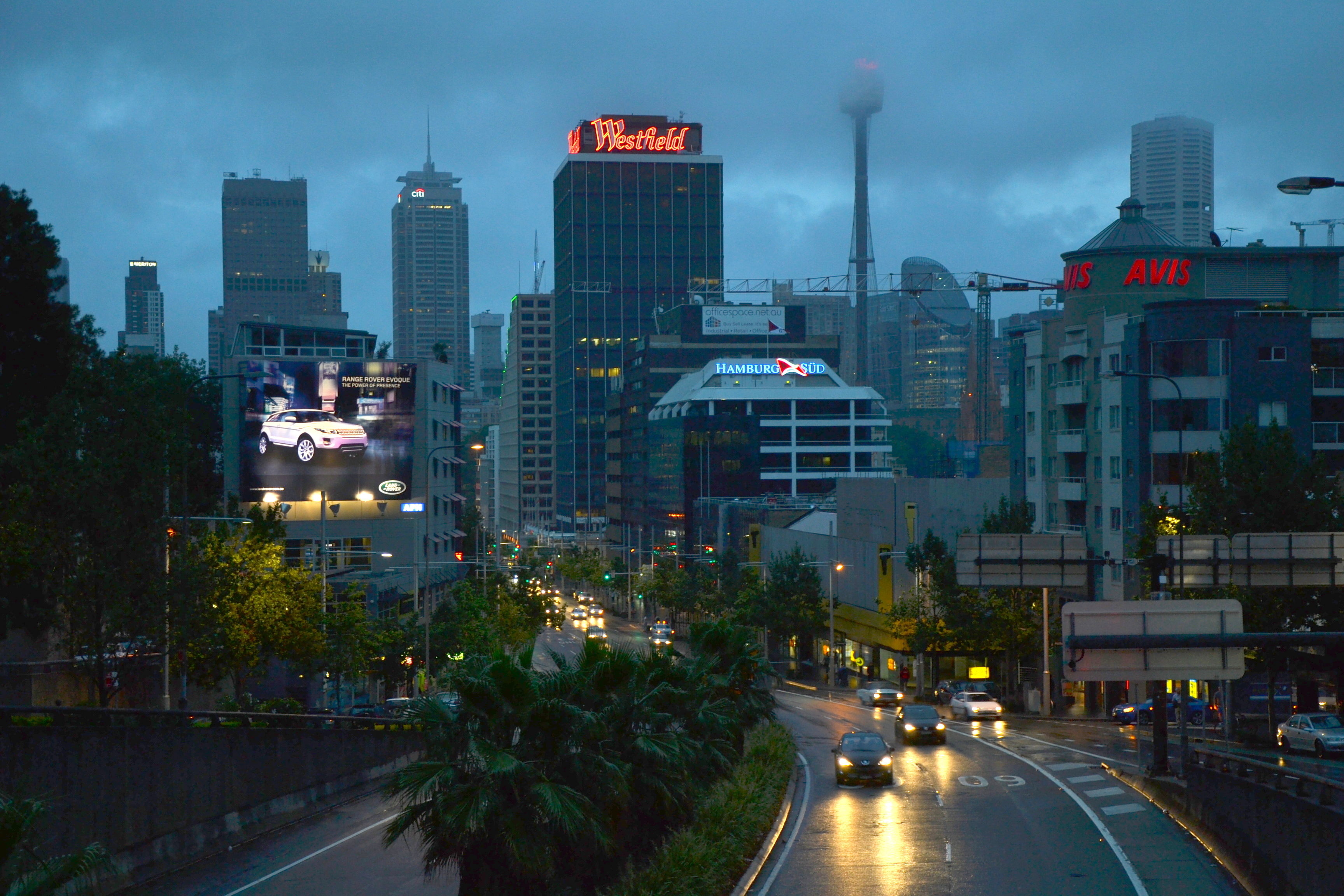 Kings Cross has undergone several changes but it’s still the liveliest part of Sydney. This is the neighbourhood that you want to visit for a vibrant nightlife scene.

It has the largest selection of bars compared to other neighbourhoods in Sydney. You can find everything from dive bars to hipster bars. However, you’ll still want to watch your wallet when exploring this neighbourhood at night.

This neighbourhood is also known for its food markets. On Saturdays, you can browse dozens of stalls and find almost any type of food imaginable. Feast on seafood, grilled street food, baked goods, and fresh produce.

Located just east of the CBD, Kings Cross is a short trip from the bustling downtown area. Kings Cross isn’t the best spot for families and luxury travellers. It’s mostly a party district with lots of ways to have fun during a weekend.

Kings Cross doesn’t have the largest selection of hotels as it mostly caters to backpackers and budget travellers. While the options are limited, you can find several comfortable locations for a fraction of the cost compared to the hotels in the CBD.

✔ Most recommended area to stay in Sydney for families and entertainment

If you are travelling with your family and you only have one day in Sydney, Darling Harbour is a great place to stay. This vibrant neighbourhood caters to families with a wide range of entertainment venues from an IMAX theatre to large malls and a variety of restaurants. You also easily reach some of the city’s main attractions.

Darling Harbour is home to the Sydney Aquarium and Wildlife World, offering an entire day of fun for people of all ages. Other fun attractions include a major shopping complex, a casino, a sprawling public park, and Madame Tussaud’s Waxworks.

As one of the more touristy areas of the city, the streets are mostly pedestrianised. You can walk expansive boulevards flanked by shopping centres, restaurants, and theatres.

While it’s mostly a family-friendly neighbourhood, Darling Harbour also comes alive in the evening. The streets located closest to the harbour are typically packed with tourists looking for bars and late-night restaurants.

Darling Harbour also offers some of the best views of the city and the ocean. It’s located on the opposite side of the harbour from the busy downtown area. You can look across the harbour to see the lights from the high-rises in Sydney CBD.

Darling Harbour is a tourist hotspot and offers lots of rooms to handle the crowds. The wide selection of hotels includes several boutique options and several luxury resorts including a sprawling complex with a casino, spa, and dozens of on-site restaurants and bars.

✔ Best place to stay in Sydney for fashion and food

Surry Hills is the main fashion district in Sydney. In recent years, it’s also become a little more bohemian, attracting younger people and bringing a variety of artisanal bakeries and boutiques. You’re more likely to spot hipsters and students in this cool neighbourhood.

This neighbourhood is laid-back and full of creativity. While many boutique shops have opened in recent years, it’s still the best source for designer brands and flagship clothing stores. You can find almost any style of clothing in Surry Hills.

Due to the cool vibe of the neighbourhood, it’s become home to many artists, musicians, and media companies. As you stroll the main streets in the evening, you’re likely to hear alternative or folk music coming from the bars and lounges.

This neighbourhood also contains several art galleries located inside converted warehouses. If you walk to Crown and Cleveland Streets, you’ll find the hip coffee joints located on the ground floor of terraced houses.

The only drawback is the distance to the beaches. Surry Hills is just south of Sydney CBD, requiring you to cross Darlinghurst and Kings Cross to reach the shore. Luckily, it’s also near Central Station, connecting you to any point in the city.

Surry Hills has boutique hotels, hostels, and apartments for all price ranges. From antique furnishings to eclectic décor, you’ll also find interesting accommodations. Many of the hotels are a short walk from Oxford Street, which is home to a wide selection of trendy wine bars, clubs, and restaurants.

Beyond Sydney accommodations: More places to stay in Australia