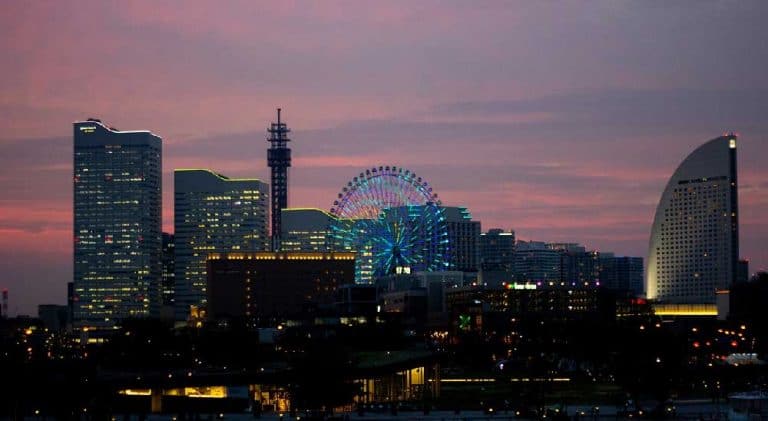 As the second-largest city in Japan, deciding where to stay in Yokohama isn’t easy. Only 30 minutes from sprawling & futuristic Tokyo, this bustling port city has 18 wards spread across 437 square kilometres. It also has a lot to offer a visitor with its easy to navigate transportation system and impressive port.

Yokohama was once a small fishing village until it opened its port to foreign trade. It quickly grew and continues to expand today. In fact, the port area in particular is constantly undergoing renovations.

Thanks to its innovative nature, Yokohama has become one of the top travel destinations in Japan. The neon lights of the nightlife district and the vibrant buildings of Chinatown highlight the appeal of any visit to Yokohama. It’s a lively city, but nowhere near as crowded as nearby Tokyo.

You can enjoy a walk through the seaside park, stop into a bar for a microbrew, or check out the local museums without standing shoulder-to-shoulder with other tourists.

Not sure where to find the right Yokohama hotel? Start searching for accommodations with this guide to the best places to stay in Yokohama…

Where to stay in Yokohama: The best neighbourhoods & areas

The 18 wards of Yokohama spread out from around the sea, with the most popular areas located near the port.

The inner wards are located further from the port and offer fewer tourist attractions and hotels. They’re mostly residential and industrial regions and home to most of the city’s four million residents.

Whether you want to check out the nightlife or explore the history of Yokohama, you’ll likely want to stay near the sea. Naka, Nishi, and Kanagawa are the main seaside wards.

Naka ward is where you’ll find the busiest commercial districts and the top attractions in Yokohama, such as the iconic Yokohama Landmark Tower and the country’s largest Chinatown.

Neighbouring Nishi and Kanagawa also border the port and have their own reasons to attract tourists. They enjoy a more laid back atmosphere and open streets while still staying close to the main landmarks of Yokohama.

Tthe best areas to stay in Yokohama for travellers include:

✔ Best area to stay for nightlife and local culture

The historical attractions make Kannai an important destination for your Yokohama itinerary. It’s also home to Yokohama’s Chinatown. The largest Chinatown in the country and one of the largest in the world is within this neighbourhood, with hundreds of Chinese-owned shops and restaurants. 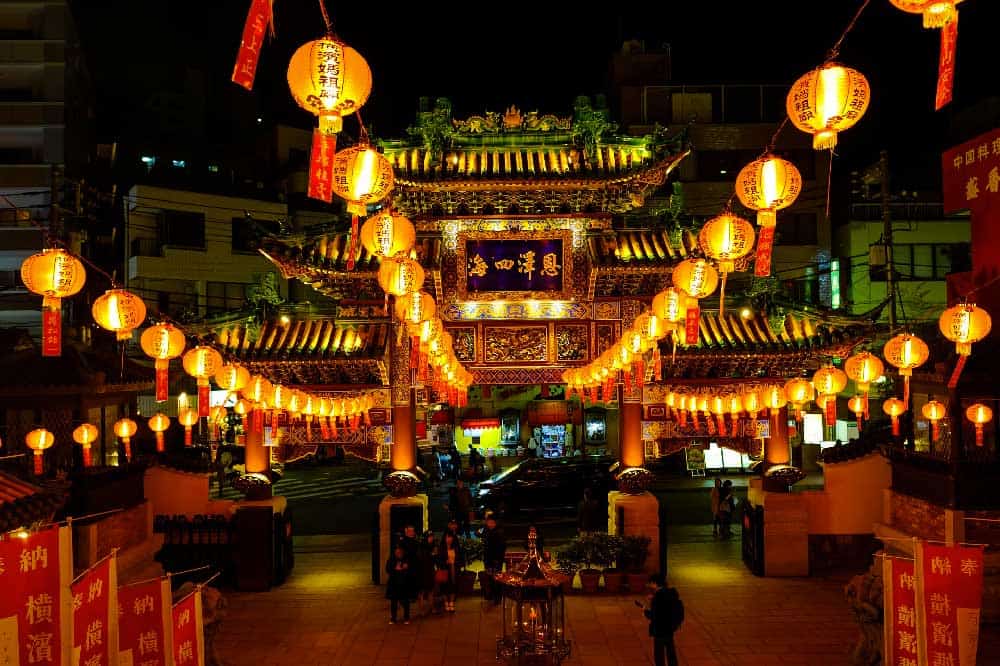 Other highlights of the area include Yamashita Park, famous for its waterfront views and carefully manicured landscape.

Outside of Yokohama Chinatown and the park, you’ll find a large selection of boutique shops, small cafes, and museums. It’s the cosmopolitan hub of Yokohama and the perfect spot to indulge yourself in the local culture.

At night, the neighbourhood becomes the top destination for party goers. You can dance the night away at any of the many neon-lit bars and clubs that attract both locals and tourists.

Kannai is also next to Minato Mirai 21 and the popular Yokohama Station area. When you stay in Kannai, you should have no problem reaching other parts of Yokohama on foot.

The Kannai neighbourhood offers the biggest variety of places to stay. You can find everything from hostels to luxury hotels. Some of the top choices are conveniently located between the harbour and Chinatown or near other attractions.

✔ Top area to stay for boutique shopping and a stylish vibe

Motomachi is considered the best destination in Yokohama for couples. The laid back atmosphere of the neighbourhood combined with the clusters of boutique shops creates a romantic setting. 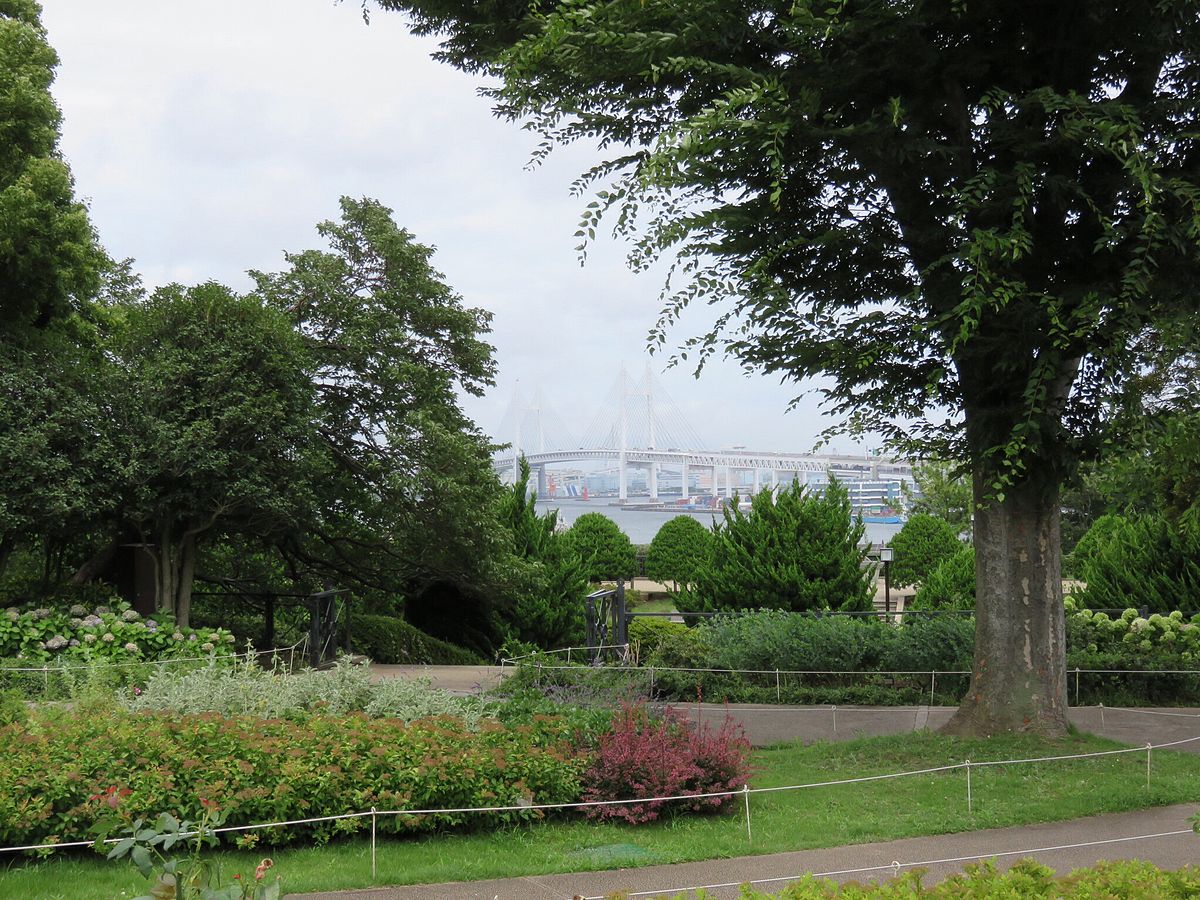 The stylish neighbourhood contains numerous small stores selling a wide variety of handicrafts. While a lot of the stores sell original items influenced by Japanese culture, the area also has many international shops. It’s an eclectic neighbourhood conveniently located near Yokohama Chinatown and Minato Mirai 21.

As tourists tend to flock to the more popular neighbourhoods, this area also tends to have fewer tourists. It’s a little further from the harbour, but still close enough to walk or catch the bus.

Motomachi is also known for its odd assortment of interesting monuments. As you walk the streets, you may come across the cleaning industry memorial or the ice making monument.

If you’re interested in history, check out the Old British Navy Garrison or the American Mountain Park. At the Garrison, you can learn about World War II while the park showcases America’s influence on Japan.

Motomachi has a lot of hostels and apartments. Luckily, it also has a few midrange and luxury hotels. You can even find a spot with views of the waterfront and access to local shops and cafes.

✔ Recommended neighbourhood to stay for shopping and dining

Minato Mirai 21 is the main business district of Yokohama and centre of tourism. The modern landscape and access to seaside shopping draws tourists from all over. You can enjoy a cruise around the harbour or travel up to the top of the Yokohama Landmark Tower to see the city from a different perspective. 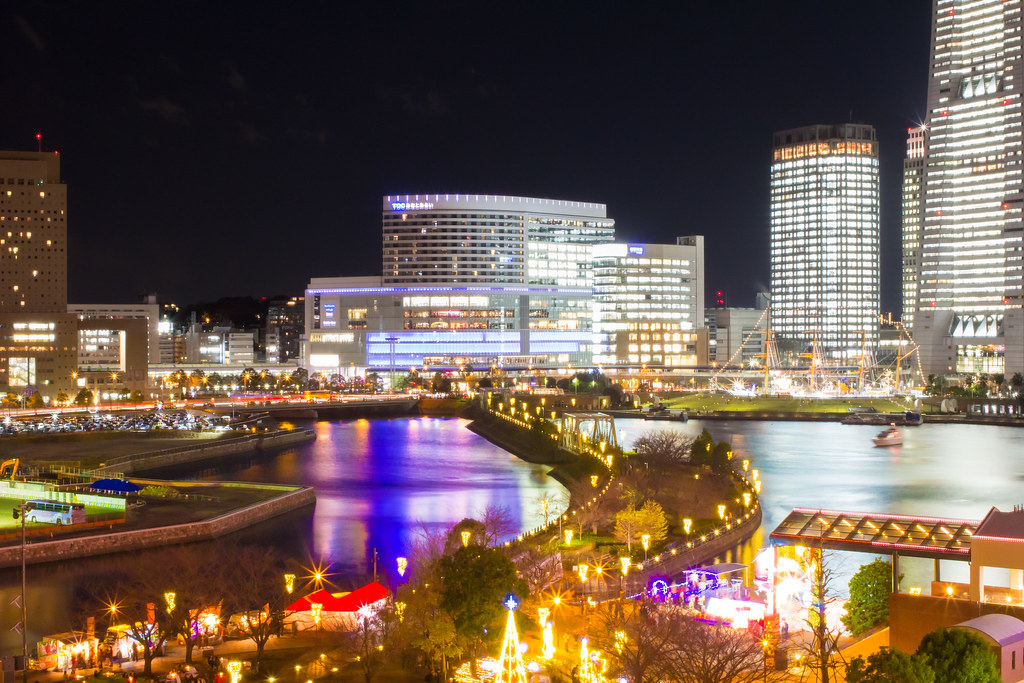 This neighbourhood is in the Naka ward, along with several of the other best neighbourhoods. It includes numerous shopping centres, cafes, and a large convention centre.

The area was originally revitalized in the 1980s and continues to grow as part of a major urban renewal project. Nissan Motors and several other large corporations also operate here, employing close to 100,000 workers.

It’s a bustling district for both locals and tourists, with plenty of activities to keep you busy during your stay. You can also easily travel to the rest of Yokohama from this central neighbourhood.

As the main district for shopping and tourism, Minato Mirai 21 has some of the best hotels in Yokohama. One of them is inside the Landmark Tower while the others are around the harbour area, providing convenient access to the rest of the city.

Takashima encompasses the Yokohama Station area, which is where most tourists first arrive in the city. The modern luxury district includes access to some of the top places to stay, shops, and restaurants. You’re also close to just about everything. 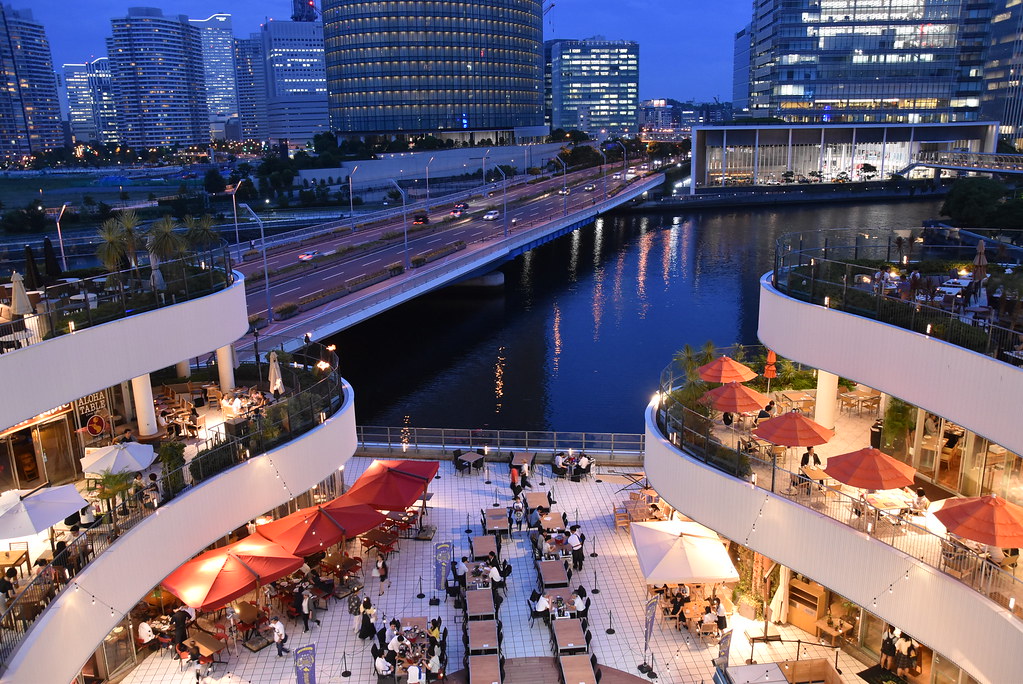 While you will find plenty of activities throughout the neighbourhood, you can also spend all your time at Yokohama Station. It’s the fifth-busiest station in the world and the hub for rail and bus travel in the city.

The main reason to spend time at the station is the world-class shopping and dining. Two massive business districts are located underneath the station.

Hundreds of shops and restaurants are housed underground, ensuring that you never need to set foot outside. You can even find hotels inside the station.

Away from the station, you’ll find a wide range of fun attractions. Travel to the Tehran Quarter to explore Iranian influences in the city or travel to the Yokohama Skyspa for a day of relaxation and spa treatments.