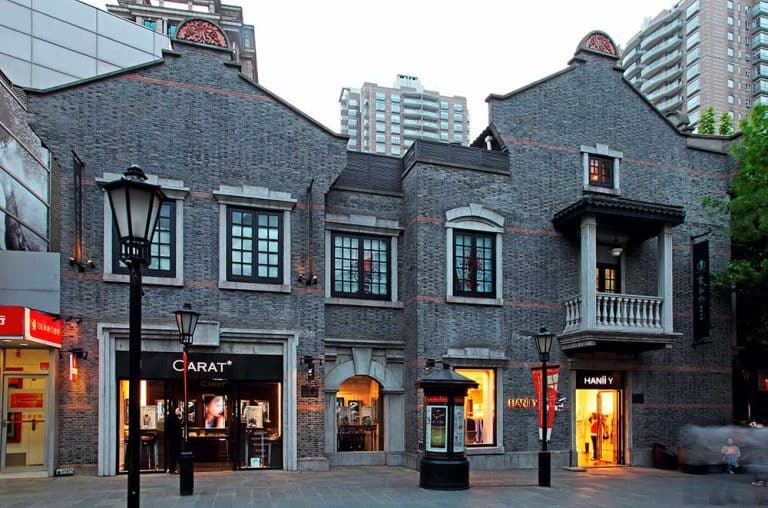 Xintiandi, meaning “New Heaven and Earth” (or, more figuratively, “New World”), was once the old city area of the French Concession.

Located in the centre of Shanghai City, it’s comprised of just two city blocks. One block is full of modern-day buildings and on the other block, the streets are lined with shikumen.

Shikumen are unique to Shanghai. You’ll find them nowhere else in the world. Shikumen literally means “stone warehouse gate.” It describes the vaulted stone doorways of these houses, featuring distinctive large wooden doors.

Shikumen first appeared in the mid-19th century in Shanghai. In the architecture of these buildings east meets the west. Much like in nearby Tianzifang, each building Xintiandi has slight differences. Some appear more eastern while others are more heavily influenced by the west.

What to expect in Xintiandi

The streets of Xintiandi are lined with shops, boutiques and restaurants. The South Block boasts modern shopping malls selling arts, and crafts, and fashionable clothing and accessories. You’ll also find cinemas and fully equipped gyms in the area.

Some of the shops sell the artworks of local designers, so if you look around, you may find some unusual little gems to take home.

The North Block, the older section, is home to a number of upscale restaurants selling international cuisine. There are also venues offering an assortment of activities.

Open-air pubs, offering live entertainment, are particularly popular with the locals and visitors alike. In the summer months, the streets are lined with street cafes buzzing with people enjoying the weather, Shanghainese food, and wine.

What to do in Xintiandi

Xintiandi is a small area and it is perfect for an afternoon spent walking around, enjoying the sights, smells and tastes of this city within a city. Plenty of outdoor seating also makes this a great place to just watch the world go by.

Once the area was a residential area, but around a decade ago it was transformed into a trendy area filled with plenty of leisurely activities. Today, it’s highly commercialized and the homes have been re-purposed into bustling businesses.The maze of narrow lanes and paved pathways will lead you through the heart of the area lined with the unusual shikumen architecture. 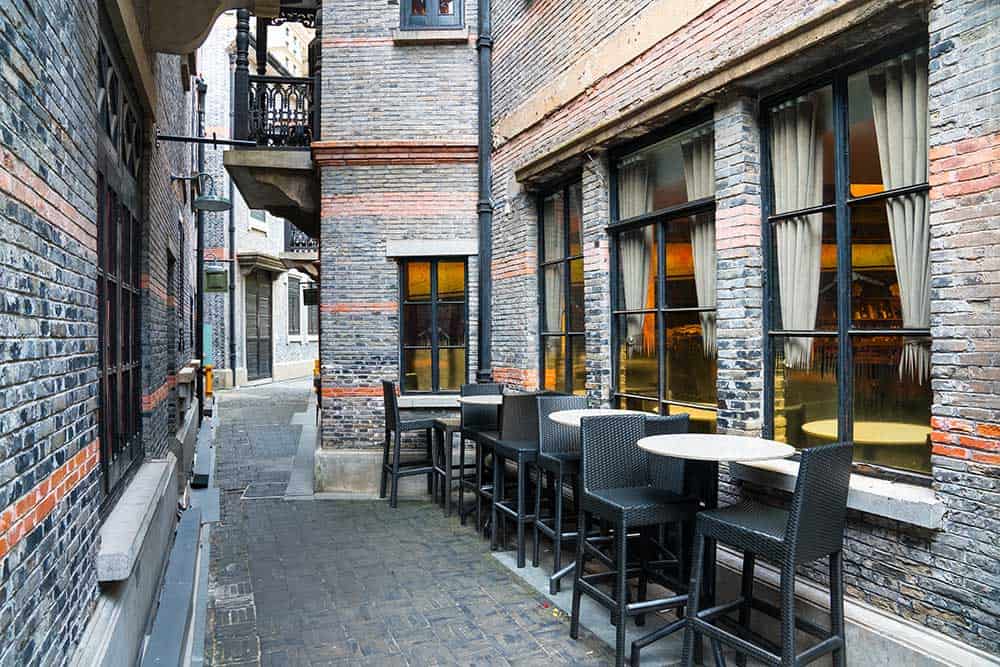 While you’re in the area, you should pay a visit to the Shikumen Museum to learn more about the district and the people who once lived here. Also, in Xintiandi, you’ll find the First Communist Congress Museum which celebrates the history of China and the birth of the communist party. It’s free to enter.

Don’t forget to check the art out at the K11 art mall, and while you’re there head up to the third floor for a relaxing foot massage. The Green Massage offers several different treatments but is particularly well known for their superb foot massages.

Thanks to the awesome public transportation system, getting around Shanghai is a cinch. Xintandi is no exception. Options to get there include: