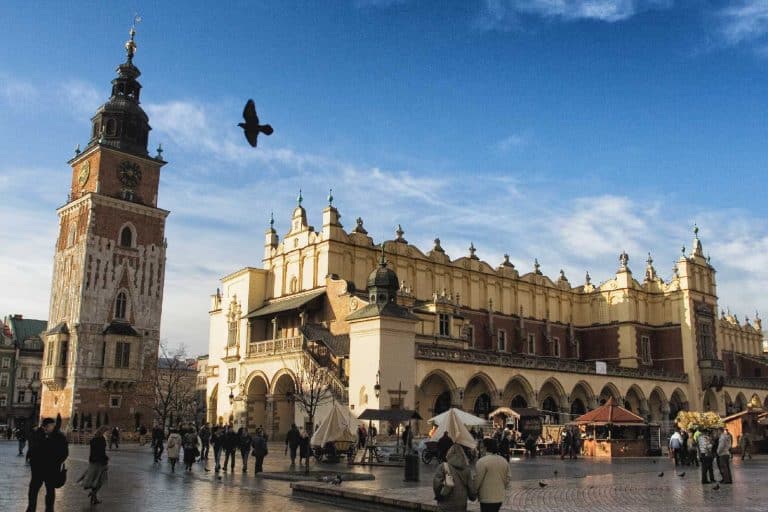 Spend just 24 hours in Krakow and you’ll instantly meet your new favourite city in Central Europe. Since the fall of communism, Poland has become a traveller’s dream, and no Polish city demands your attention more than Krakow.

With just one day in Krakow, the former royal capital of Poland, you’ll quickly see why it’s so magical for culture lovers. Krakow’s architecture and museums will inspire you, its food will fill you, and, most of all, on any Krakow itinerary, the hospitality of its people will warm you.

Like a great book, Kraków shouldn’t be glossed over. But if you’re tight on time, steal some ideas for what to do in Krakow in 24 hours with this complete 1-day Krakow itinerary…

What to do in Krakow in 24 hours: A complete 1-day itinerary

Nearly every traveller’s first day in Kraków starts in Rynek Główny (Main Market Square), the heart of Old Town Kraków. However you choose to arrange your schedule, you’ll end up back at Rynek Główny—whether by design or inadvertently. 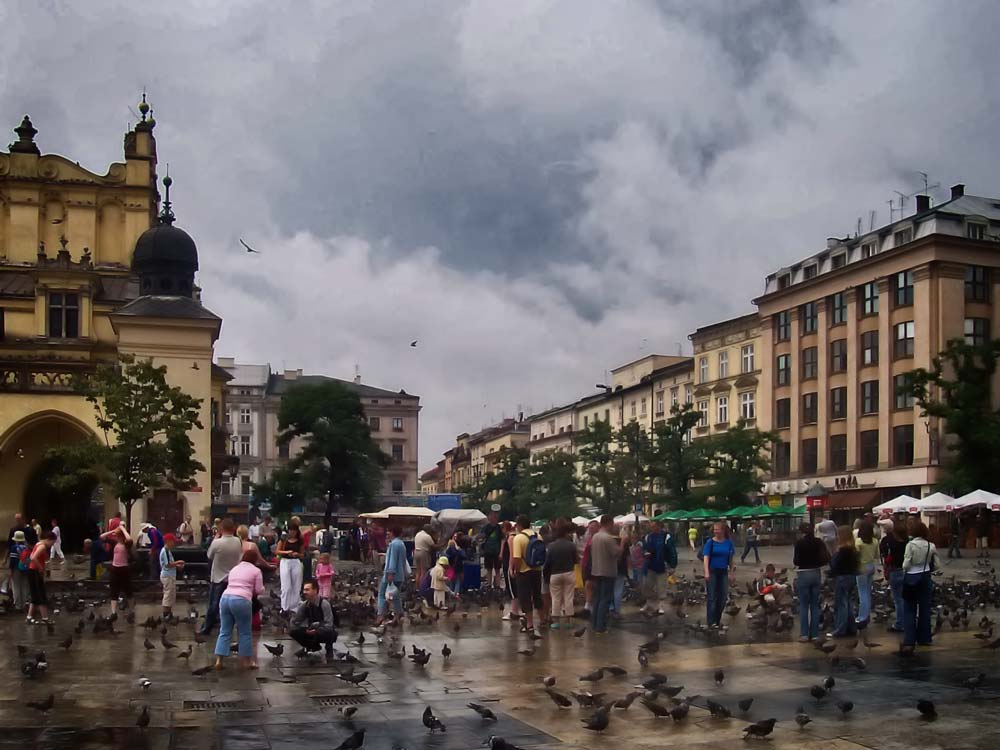 Start the day off by grabbing your morning coffee buzz at one of the many cafés overlooking this massive square. For people-watching, this is Kraków’s switchboard. Take your time and enjoy watching Kraków’s early morning crew dodge pigeons as they wander across the square. 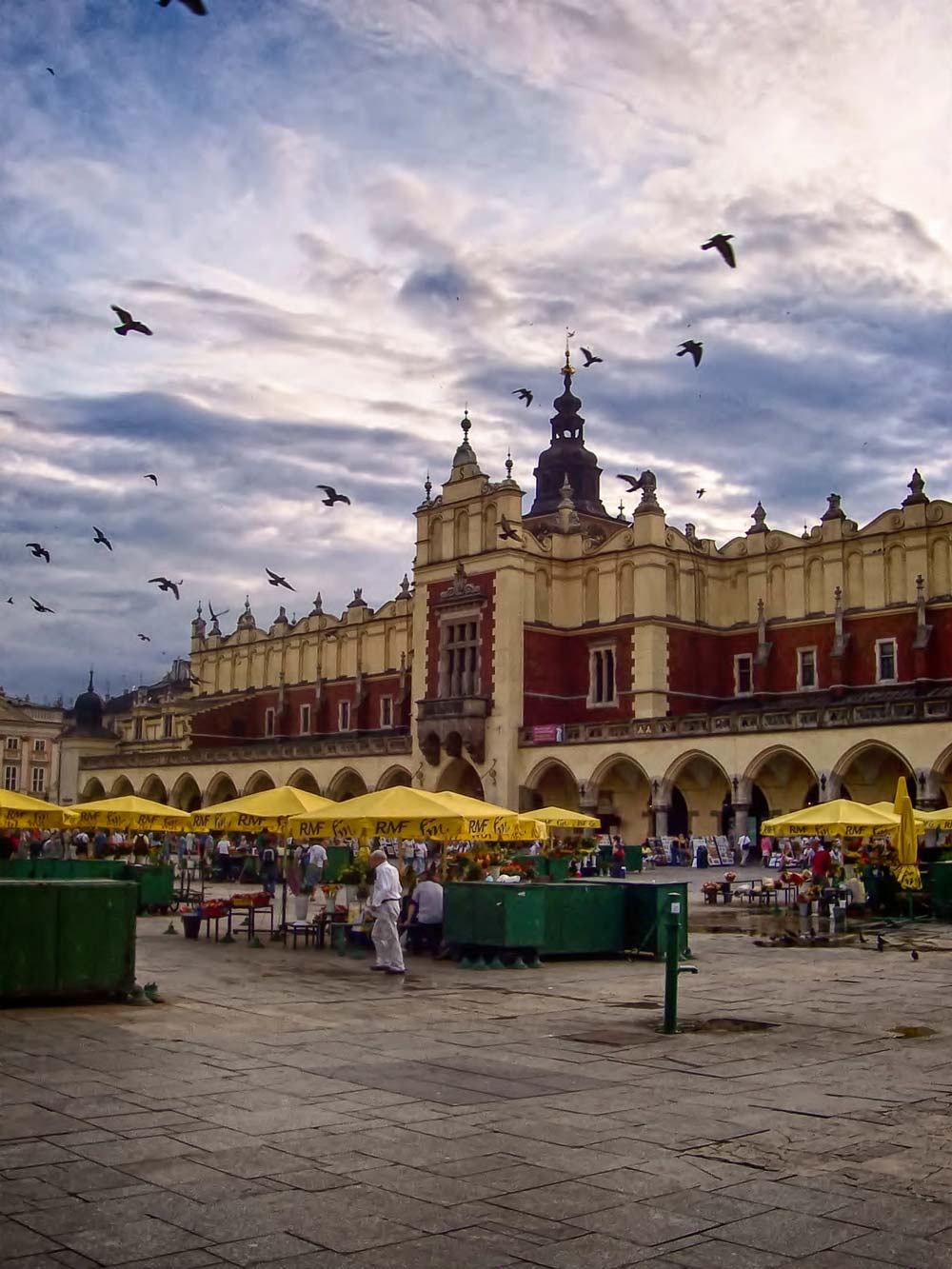 See that massive hall on Rynek Głowny? That’s Sukiennice (Cloth Hall), a marketplace that’s been rockin’ out mad bargains since the 15th century. Test out your haggling skills (yes, you can still do that outside of the Middle East!) to snag some cool Polish souvenirs for your loved ones back home.

Above the “Grand Bazaar” vibe of the lower Cloth Hall sits the Sukiennice Museum, the world’s biggest 19th-century Polish art exhibit. While it might not rival the Louvre, if you have a passing interest in art—or Polish history—you might enjoy a quick browse for a minimal 2zł ($0.64) fee. 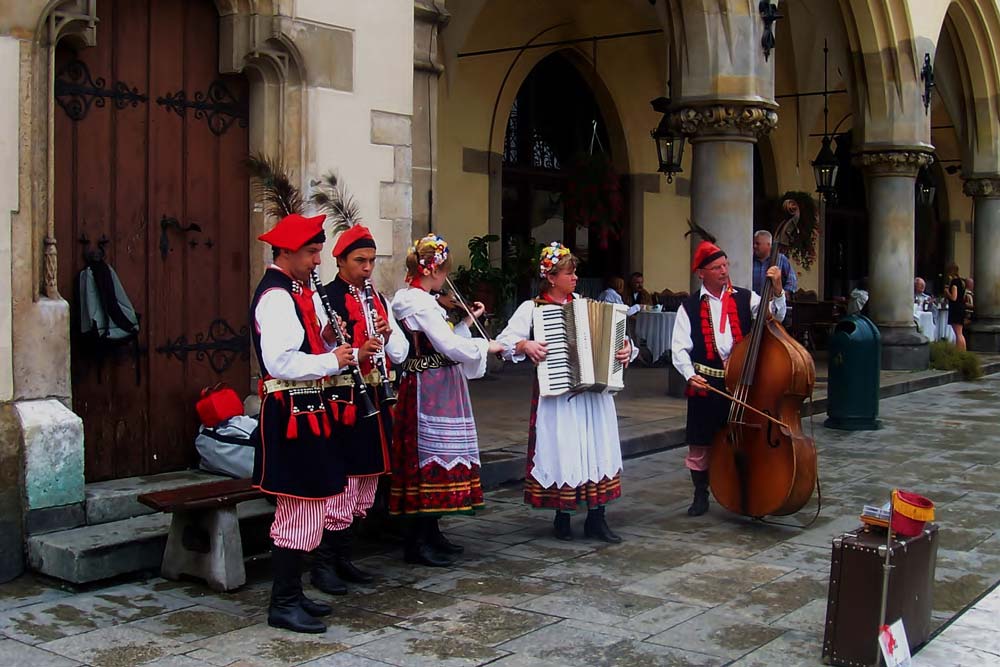 Two other major Krakow attractions are worth your time in Rynek Główny: St. Mary’s Basilica and Town Hall Tower.

Even if you’re “all churched out,” the impressive interior of St. Mary’s Basilica is well worth the 10zł ($3.19) fee, especially to get a chance to see Veit Stoss’ stunning Gothic Altar.

Visiting Krakow in high season? Grab a St. Mary’s Basilica Skip-the-Line Ticket or the Krakow City Card to get access to up to 40 museums and unlimited rides on public transportation for two or three days! 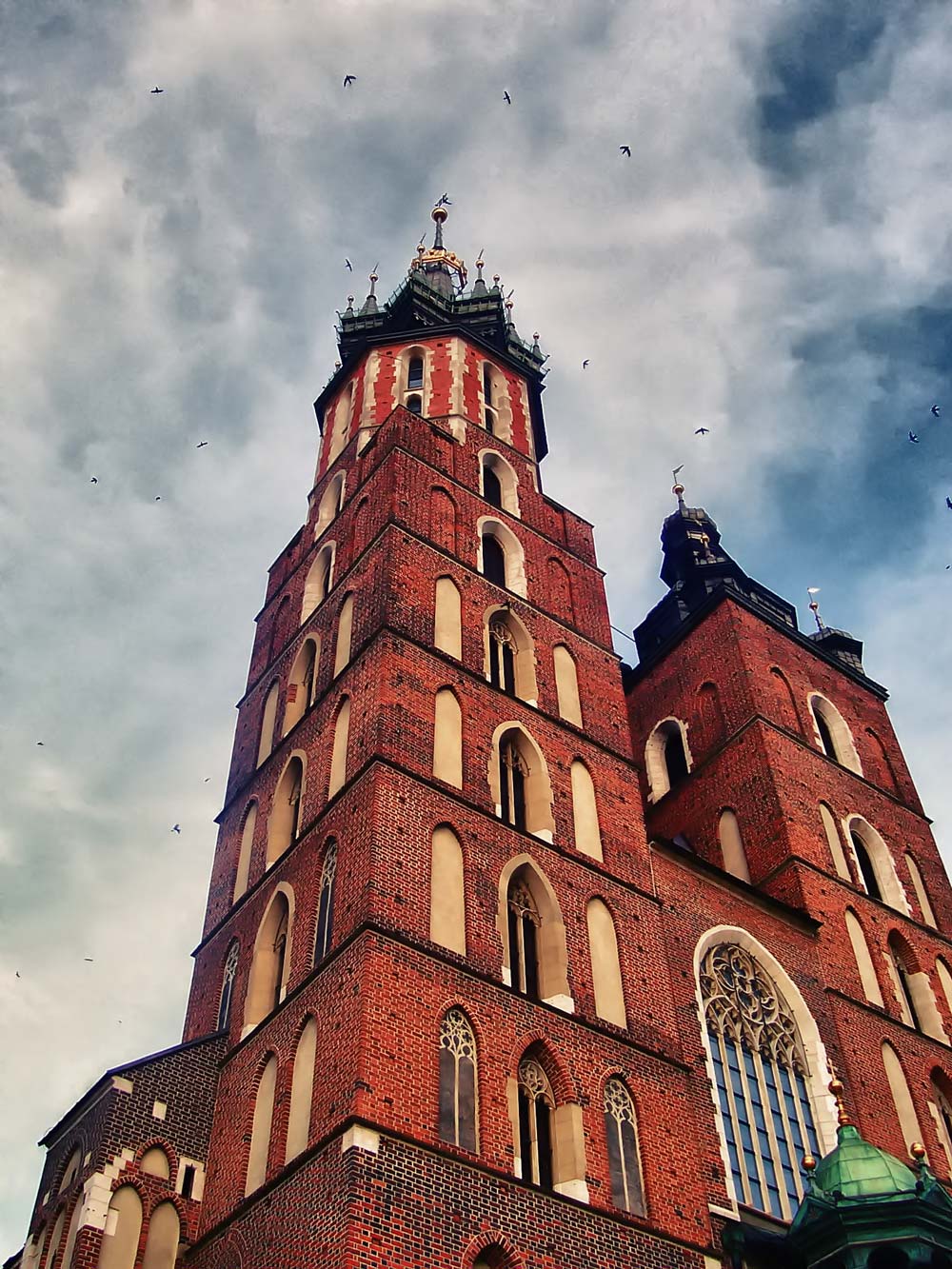 Aside from the tower at St. Mary’s, those with a hankering for heights will also love ascending up Town Hall Tower to catch bird’s eye views of Kraków. And at 7zł ($2.23), it’s not exactly a budget killer.

Ready to dig deeper into Krakow? Hop onto one of these tours that include Old Town & St. Mary’s Basilica:

Half of the fun of Kraków is throwing your plans out the window and simply wandering. And there’s no better place to do it than Old Town. (Even if visiting during the Polish tourism high season means you won’t exactly be alone).

Culture vultures could spend a lifetime randomly uncovering Old Town Kraków’s innumerable charms. Whether it’s hunting down architectural genius in medieval squares or drenching yourself in Polish culture at Kraków’s best museums such as the Historical Museum of the City of Krakow or National Museum in Krakow, boredom is impossible in Old Town Krakow. 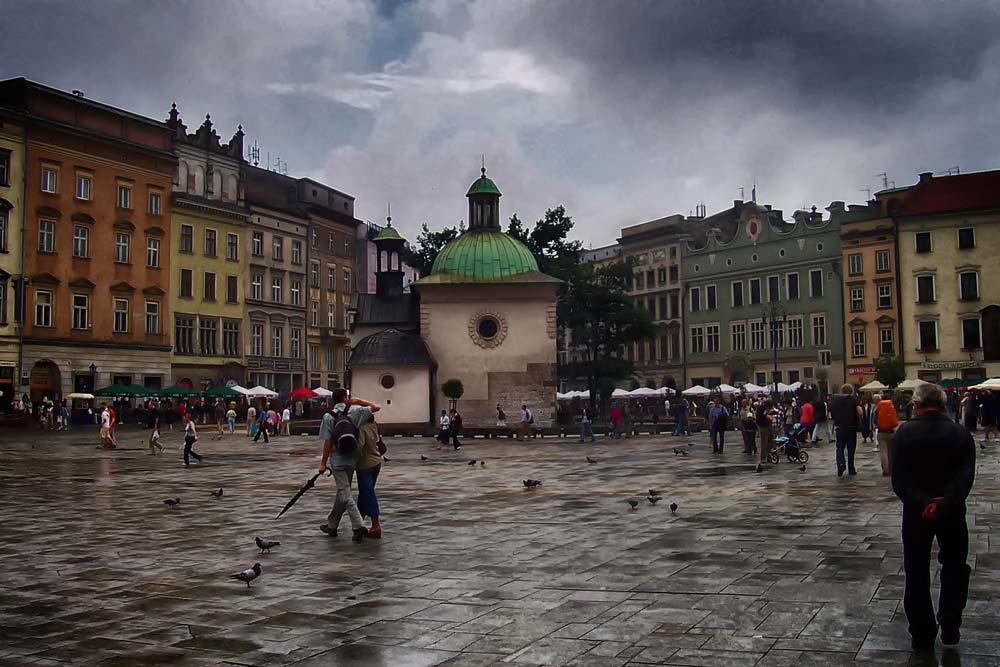 Of all of the amazing moments I experienced in Kraków none was more memorable than eating a traditional lunch at Restauracja Kuchnia u Babci Maliny.

There’s absolutely zero chance I would have ever found this place on my own, but thanks to a friendly local, we snaked through the courtyard of the Polska Akademia Umiejętności at ulica Sławkowska 17 into a dark basement full of simple wooden dining tables to eat what may have been one of the most filling meals I’d eaten for such little money.

Hunt for it and you won’t be disappointed! (The heavily meat-based servings might not appeal to vegetarians or vegans, though.)

Want to get the most out of your visit to Old Town? Enjoy one of these guided tours:

After exploring Old Town, hop a couple blocks south and dazzle at the crown jewels of Wawel Hill, home to the most coveted cultural attractions in Kraków: Wawel Royal Castle and Wawel Cathedral. 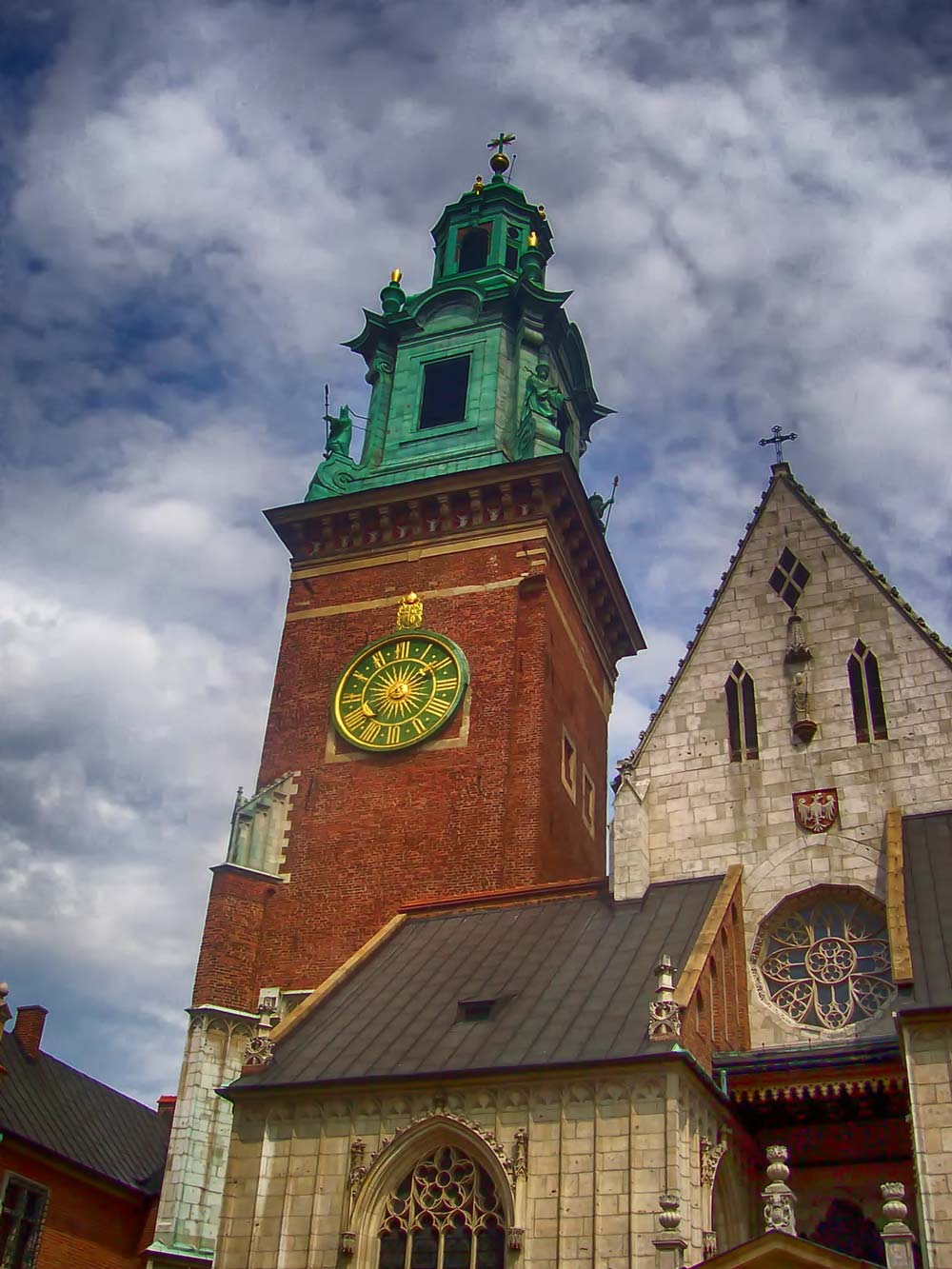 The exhibits on Wawel Hill each command their own price, but if you have to choose, try the Royal Tombs in the Wawel Cathedral (12zł) and the Crown Treasury in Wawel Royal Castle (18zł in high season). Mondays can be hit or miss with opening times, so plan accordingly. 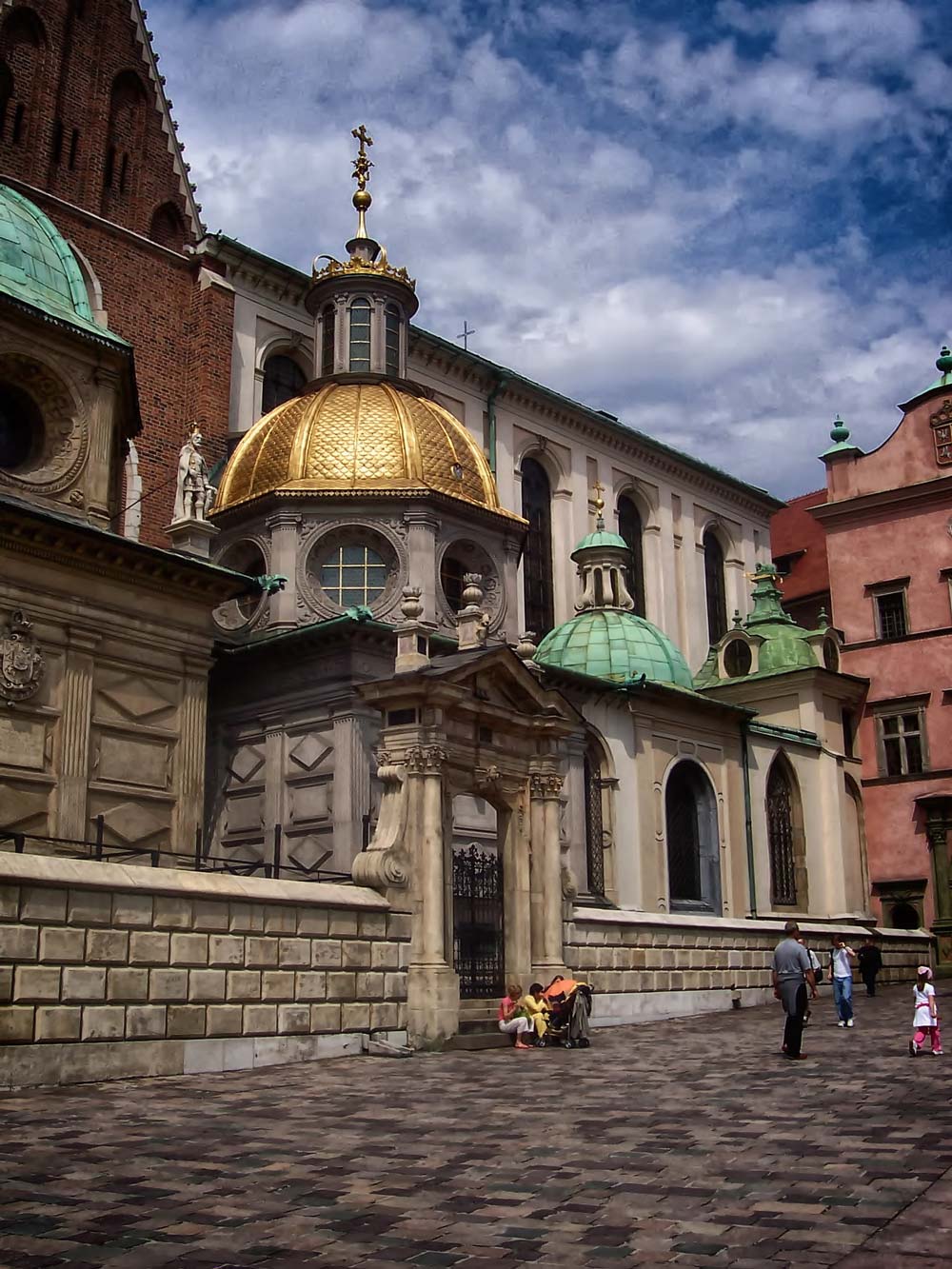 Once you’re done exploring Wawel Hill, introduce yourself to Wawel Dragon, a badass (literally) fire-breathing dragon immortalized in bronze in front of his former mythical lair below the northwestern side of the castle walls. Watch your eyebrows!

Want to get the most out of your Wawel Castle visit? Try one of these tours on for size:

Not long ago Kazimierz, Kraków’s historic Jewish quarter, was a no-go zone. Outsiders rarely came, and the odd one that wound up here would have discovered a dismal place far removed from the ageless beauty of Old Town.

Today, things are different. Kazimierz is on the rise and the district that once scared off all but the bravest souls now attracts them; it’s quickly becoming Kraków’s new hipster hangout and one of the coolest things to do in Krakow!

Start your tour of Kazimierz on ulica Szeroka, the former main drag of Jewish Kraków. Ulica Szeroka is one of Kraków’s most distinctive streets, lined with restaurants and bars and anchored with two major synagogues—Remuh Synagogue and the Old Synagogue—and the Remuh Jewish Cemetery. 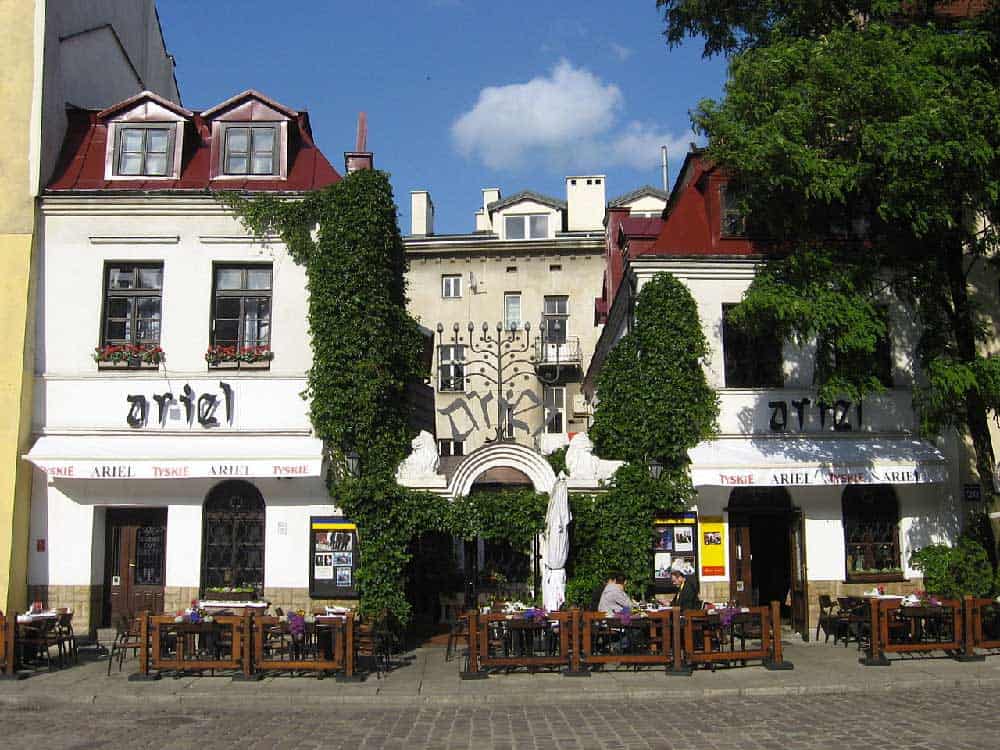 If you’re hungry you could grab a bite at one of the restaurants on ulica Szeroka or wiggle through the alleys of Kazimierz to Restauracja Starka (ul. Jozefa 14) for a taste of traditional Polish cuisine.

When evening slides in, finish off your day by rehydrating with a refreshing piwo at one of Kazimierz’s many pubs. Popular Polish beers include Żywiec, Okocim, and Tyskie, but to for a better idea of what Poland’s been brewing up lately retire to Omerta Pub, home of Krakow’s best selection of Polish craft beers.

Want to experience more in Kazimierz? Check out one of these guided tours:

Where to stay for one day in Krakow

Even with the size of the city, figuring out where to stay in Krakow is hardly as difficult as in other Central European cities like Berlin or Prague. And if you’re only spending one day in Krakow, the answer is even simpler.

On this Krakow trip, you’ll probably spend most of your time in and around Old Town, so it’s a good place to start looking for your Krakow accommodations. Just be aware: Krakow (and especially Old Town) is popular. Book ahead several weeks/months if you can! Here are a few hotel recommendations:

Looking to squeeze more out of your itinerary? Here are a few of the best day tours in Krakow:

By air: Krakow is served by John Paul II International Airport Kraków–Balice (KRK). If this is your first stop on your Poland itinerary, you can find flights to Krakow (both direct and indirect) from most major North American and European cities on airlines like LOT Polish Airlines, RyanAir, and easyJet. More options exist from Warsaw (2.5 hours away by train).

By train: From Warsaw (another interesting Central European city, of course!), you can catch a train that will zip you between central stations in about 2.5 hours. (Double-check the schedule or risk getting on a slower local train!) The ticket cost for the Warsaw to Krakow train varies, but booking ahead a few weeks in advance you can find 2nd-class tickets for as low as 49zł for the faster trains. Search for Polish train fares and schedules here.

How to maximize your 1-day Krakow itinerary: Tips & tweaks