If you’ve left Spain out of your best-laid European travel plans, you’re doing your life a massive disservice. I’m willing to say that no country in Southern Europe offers more joy than the king of Iberian Peninsula.

Spain delivers everything you need to settle your soul, whether its found in the country’s unique world-class cuisine or its cultural prowess, which has had a huge influence on European culture and the Western world as a whole.

Not sure how to get started? Get your bearings with this quick & easy Spain travel guide…

Looking to explore other countries in the region? Check out our Southern Europe Travel Guide!

When to go to Spain: The best time to visit

If you’ve spent time roaming other parts of Europe, the weather in Spain is, perhaps, as glorious as you’ve always imagine. Well, at least almost.

Although it’s known for its blue skies & warm temperatures, there’s probably more variation in Spanish weather than you’d expect. On top of that, not every month of the year is perfecto for visiting. 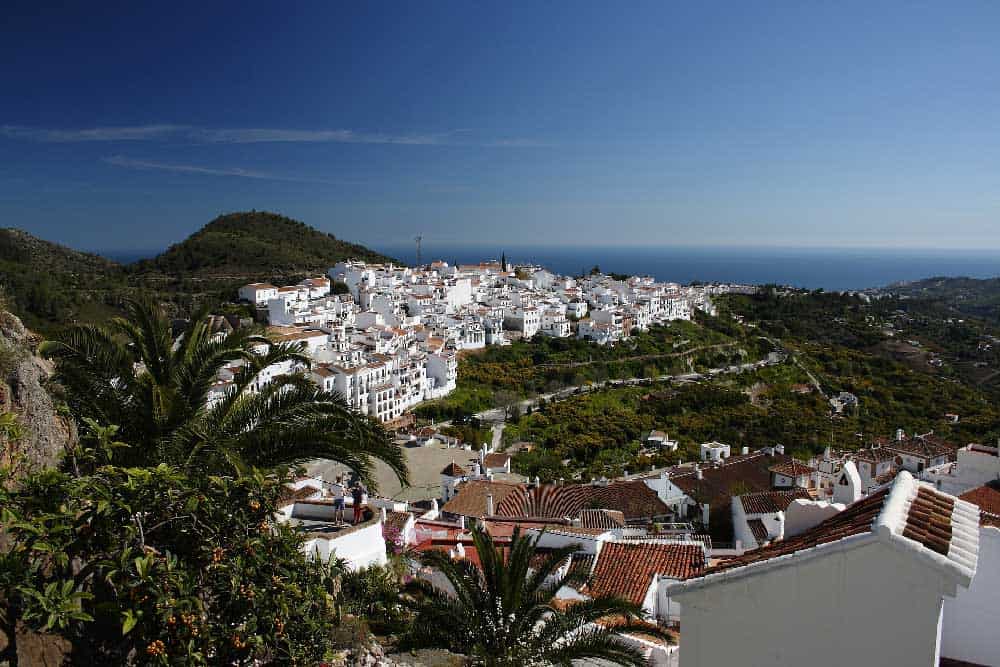 Overall, the best time to go to Spain is in the spring and the fall. Unless, you’re from the planet Mercury, the summer months in Spain can get extremely hot to the point of discomfort, especially in central destinations like Madrid or Toledo. (And that’s without even taking into account the crowds. Oh, yes. Beware of those pesky crowds!)

In the shoulder months, particularly April/May and September/October, you’ll still get warm temperatures and lovely, sunny days with a fraction of the summer tourist crowds. (To be sure, you still will be far from wandering Spain alone.)

Where to go in Spain: The best places to visit

If there’s one thing that’s not going to cause much difficulty, it’s figuring out where to go in Spain. Truthfully, this isn’t a place where you’ll be disappointed, however you choose to plan out your itinerary. 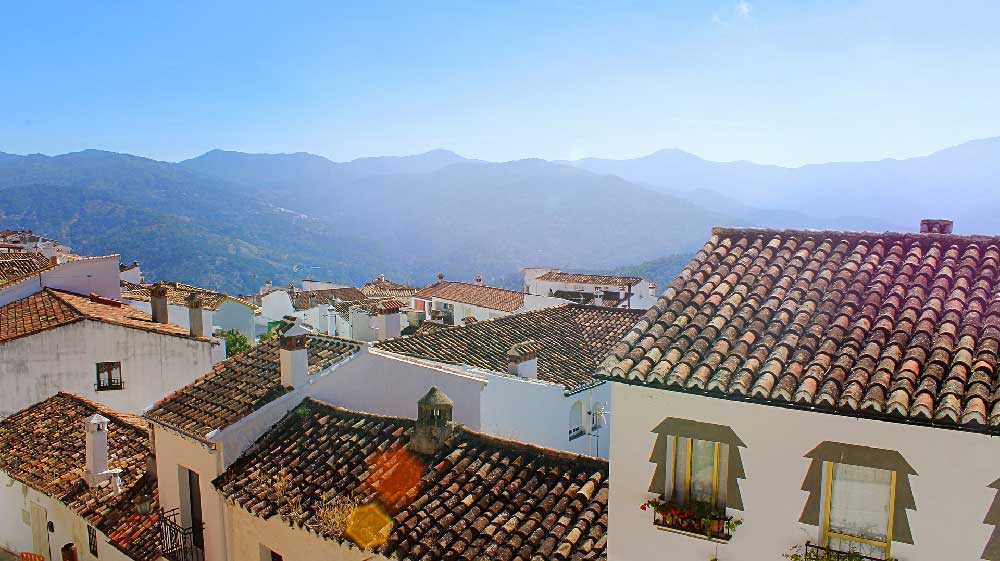 Whether your idea of the perfect vacation is to frolic on white-sand beaches with bass pumping the background or stroll through medieval old towns shadowed by towering fortresses & mountains, settling into one of these best places to visit in Spain is bound to change how you see Europe forever.

Looking for quick ideas on where to go in Spain? Check out these travel resources:

Although often shadowed by its more popular hermano, Barcelona, the Spanish capital of Madrid is the quintessential place to first come to grips with the soul of the nation. Madrid, unlike so many of its European contemporaries (and even other Spanish cities), doesn’t have that single attraction or monument that begs travellers to swoop in.

No. Madrid is less European tourism on overdrive than a real experience that’s as compelling as any on the continent. Numerous artists like Velázquez, Picasso, and Dalí once called Madrid home, all while their works spread and began to change the world as we knew it. 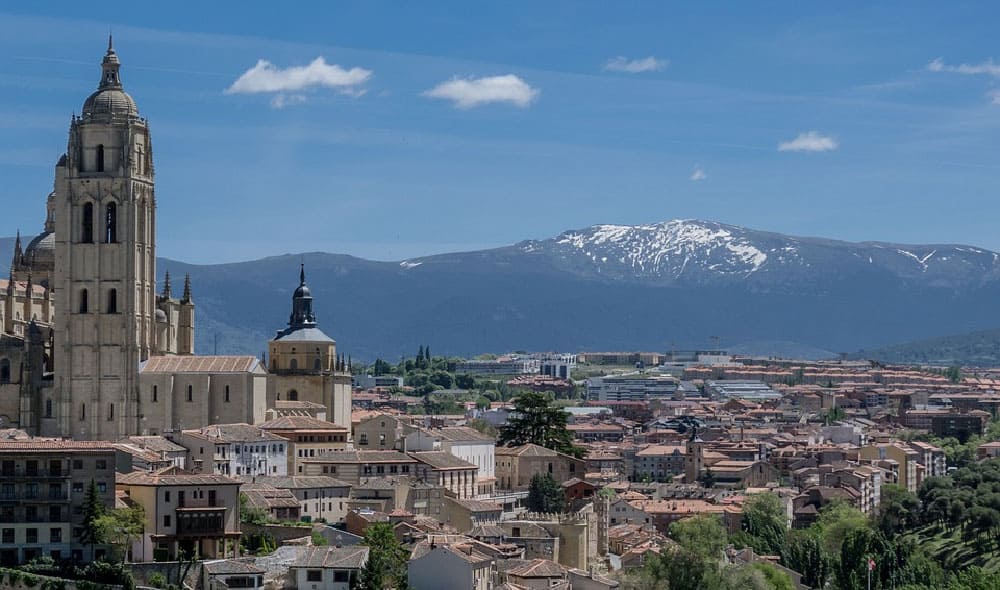 Madrid is home to museums and a smattering of architecture that, when taken in slowly & purposefully, speaks to the city’s broad elegance and historical importance.

For many though, the real reason they fall in love with the Spanish capital is its food & drink. This is a city that knows that the true path to happiness lies through the stomach. Nibble on some tapas at a small local bar with a glass of fine red wine in hand, and you’ll quickly be further down the road to full elation that you thought possible with just one trip.

Ready to plan your trip to Madrid? Get started with these resources:

As much as Madrid represents the cultural heart of the nation, no destination in Spain attracts more interest than the Catalonian city of Barcelona. Yes, it can get a little hectic when, seemingly, the entire world conspires to visit at the same time as you. But it’s all worth it for the cultural high you’ll get in roaming the streets of this truly unique city. 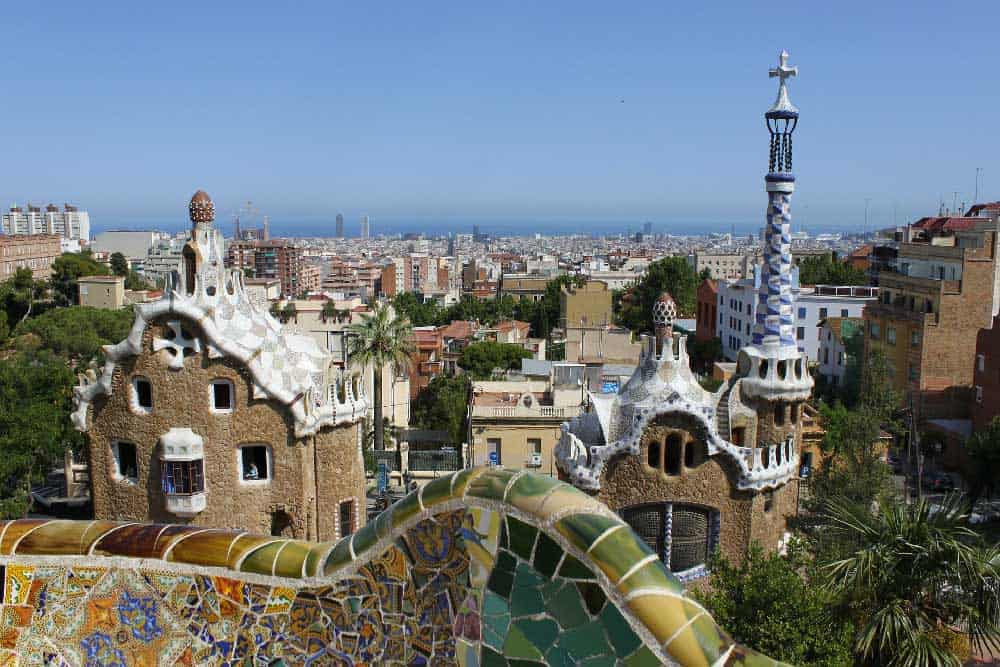 Wandering through Barcelona dazzles the senses as much as in any place on earth. Unlike Madrid, Barcelona does flex its muscle with grand monuments, none more superlative than La Sagrada Familia, a church that’s so epic & monumental that it’s yet to be finished almost 140 years after its ground-breaking.

Besides its biggest attractions, Barcelona’s been known to surprise with simpler charms whether its strolling aimlessly through the Gothic Quarter, soaking up the sun on the beach or elbowing through the crowds for queso de cabra (goat’s cheese) and jamón (ham) at La Boqueria.

Ready to plan your trip to Barcelona? Get started with these resources:

The heart of Andalusia beats in the eclectic city of Seville (Sevilla). Even if you loved Spain’s two other biggest cities, there’s a good chance that Seville’s the one that will completely transform your ideas about the country forever. 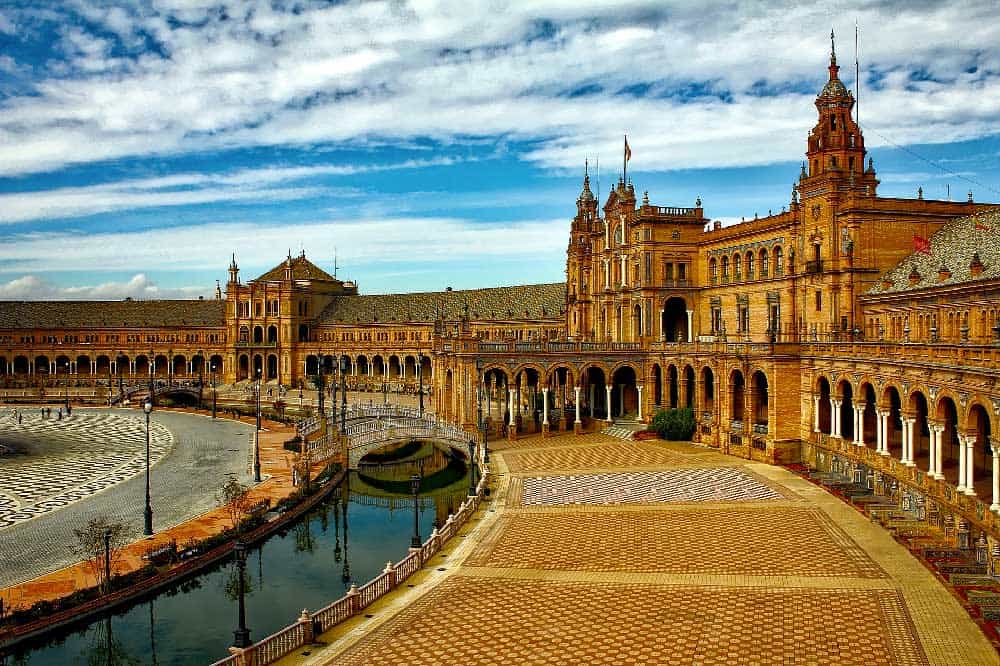 In many ways, Seville feels like a departure from your typical European destination. Aside from those usual continental charms—whether Baroque & Gothic churches or old cobblestoned medieval laneways—Seville really twists in a different direction with its Moorish influences, echoing the architecture of North Africa and the Middle East more than the typical Mediterranean flashes of Southern Europe.

Even without its history and good looks to back it up, Seville’s a place whose vibe never ceases to dilute the happiness. After a day of exploring its historical delights, be sure to pop into a tapas bar for a bite, a drink and, perhaps, a taste of flamenco, the famous Spanish dance art that founded its roots in the area.

Ready to plan your trip to Seville? Get started with these resources:

With one of Spain’s most coveted tourist attractions at its heart, Granada cracks more Iberian Peninsula travel plans than you’d imagine. Although the majestic Alhambra is undoubtedly Granada’s main draw, visitors are rarely disappointed by the city’s bustling and “lived-in” feel, making it an unexpected favourite among travellers. 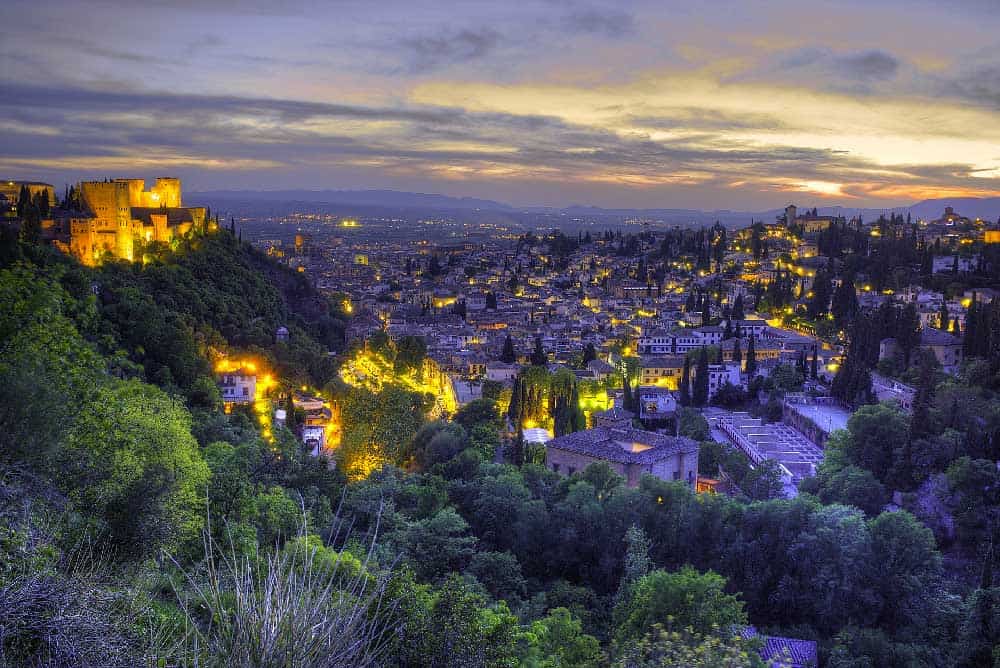 Granada fuses the liveliness of urban life in Spain with Moorish influence, giving the city an exotic flavour that’s perhaps unmatched anywhere else on the European continent. Simply walk through the Albayzin, Granada’s historic Arab quarter, and you’ll quickly start to feel as if you’ve hopped over the Mediterranean to North Africa or the Middle East.

Granada’s unique flavour doesn’t stop at its Islamic-influenced architecture, palaces or towering churches. For foodies, this Andalusian gem delivers more than its fair share of traditional tapas bars, flamenco lounges, cafés and restaurants that prove, definitively, that Spain’s one of the world’s top places to eat & drink.

Ready to plan your trip to Granada? Get started with these resources:

One of the biggest surprises for travellers heading to Spain is undoubtedly the seaside city of San Sebastian. Fringed by white-sand beaches and verdant hills, the Basque city’s smashingly handsome looks easily draw in new fans much in the same way it did over past centuries to Spanish royalty and other dignitaries. 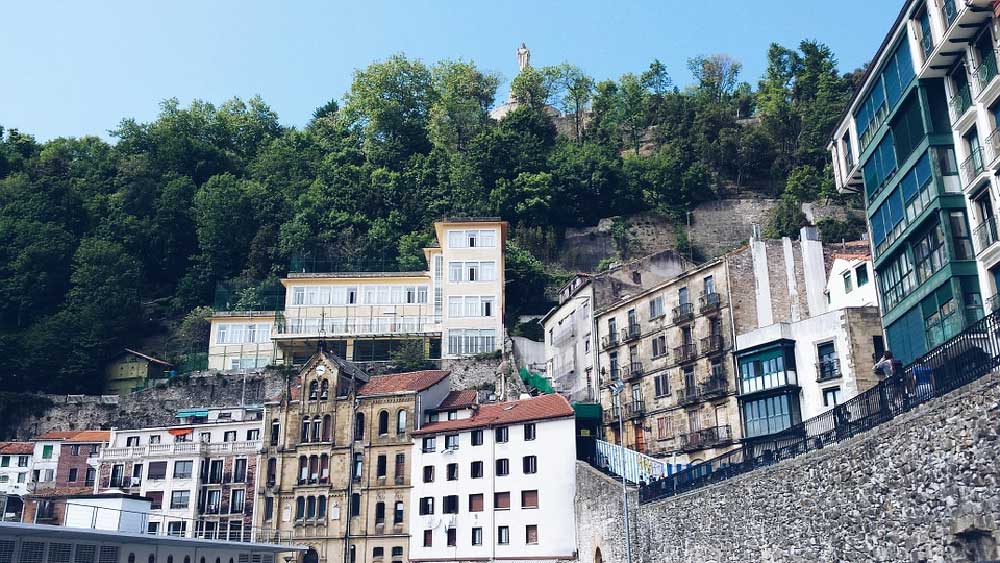 As spectacular as San Sebastian’s coastal setting is, the city’s most recent claim to fame has become its status as Spain’s defacto culinary capital. Even those who visit San Sebastian intent on experiencing its seaside pleasures, blissful architecture or the packed schedules of festivals, will undoubtedly leave, instead, with its brilliant Basque flavours emboldened deeply upon their tastebuds.

Ready to plan your trip to San Sebastian? Get started with these resources:

As Spain’s third-largest city, Valencia delivers a wallop that might strike you as a little unexpected, especially with the smaller, yet vastly more popular, cities of Seville & Granada taking up space on most Spanish travel itineraries. 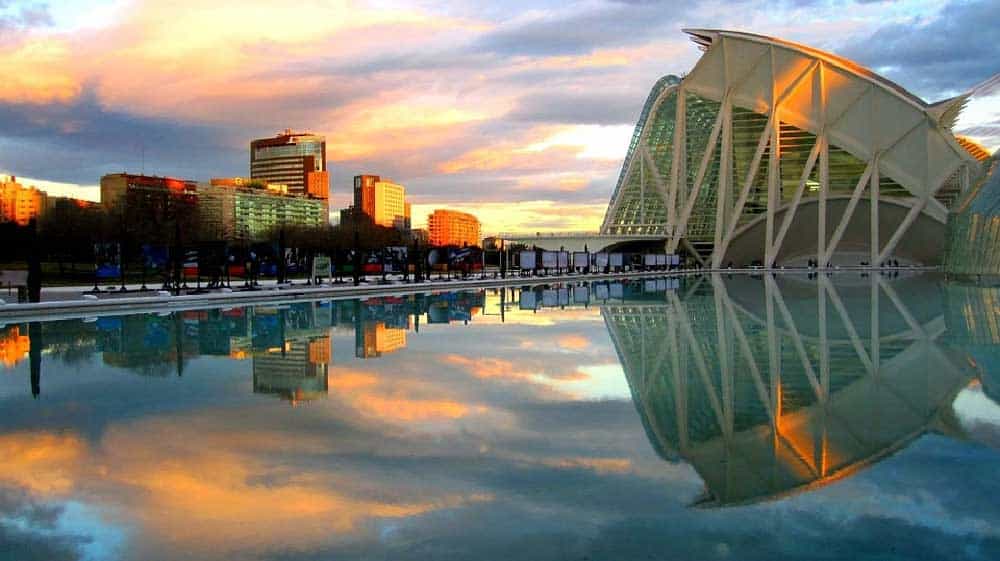 Whereas most Spanish destinations are most well-known for their historical attractions, Valencia challenges the stereotype by letting its modern side step up to the plate in a big way wit the futuristic Ciudad de las Artes y las Ciencias leading the way as the city’s poster boy for its progressive attitude. (And, of course, visitors keen on those old traditional Spanish charms will also find them in Valencia in spades.)

Throwing together its historical & modernist architecture scene along with a delightful beachfront and one of Spain’s liveliest food & drink scenes (this is, after all, the birthplace of paella!), Valencia is undoubtedly one of the best places to stop by on your next trip to Spain.

Ready to plan your trip to Valencia? Get started with these resources:

Although often shadowed in Basque Country by nearby San Sebastian, the city of Bilbao rightfully deserves the attention of travellers. The city’s most famous landmark, the Museo Guggenheim, draws art & architecture lovers in from all around the globe. But there’s more to this lovely Basque city than its eccentric buildings and dashing classic European good-looks. 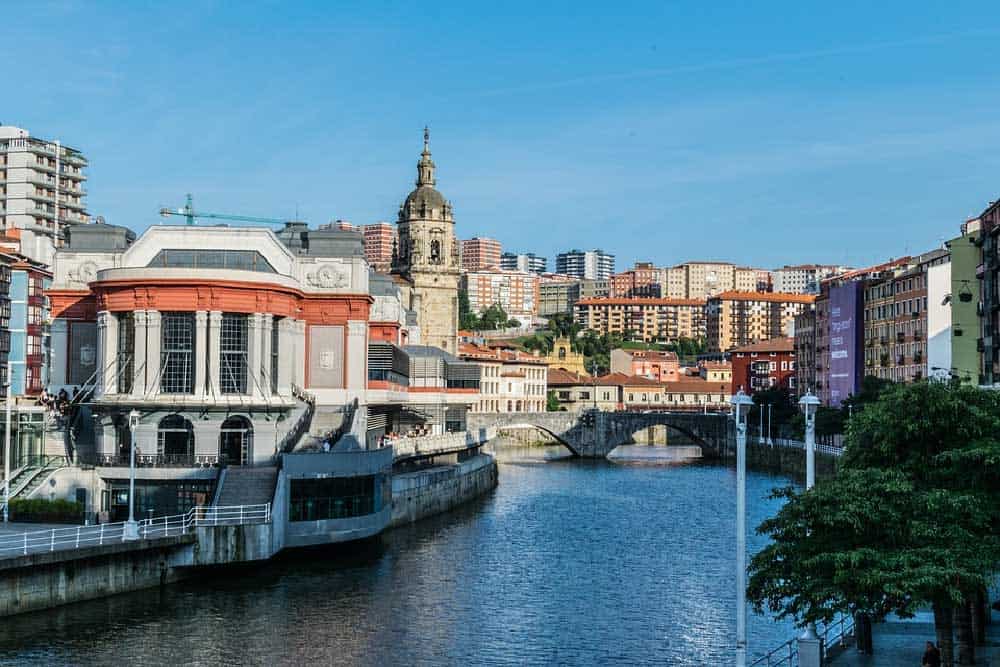 Like so many of the top destinations in Spain, Bilbao takes its food & drink quite seriously. The city is one of the true centres of the Basque culinary world, combining Iberian Peninsula flavours with influences from the venerable French gastronomy. As you roam through the city’s Old Town, you’ll find no shortage of intimate restaurants and pintxo bars to tackle your newfound cravings.

Aside from its architecture and food, Bilbao, in many ways, represents the heart of the Basque nation. The region’s curious ancient culture is showcased throughout the city in museums and performing arts halls.

When the buzz of the city becomes a little too much to handle, you’ll be pleased to discover the natural attractions that lie just beyond. Some of Basque Country’s finest scenery—from meandering green hills to pristine coastline punctuated by cliffs—can be seen within a quick jaunt of the city centre.

Ready to plan your trip to Bilbao? Get started with these resources:

Anyone seeking out a dash of luxury while visiting Spain will love the seaside pleasures of Marbella. Hemmed along the Costa del Sol by the magnificent Sierra Blanca mountains, Marbella is—perhaps quite fittingly—the defacto Spanish coastal playground for dignitaries, celebs, and other well-to-dos. 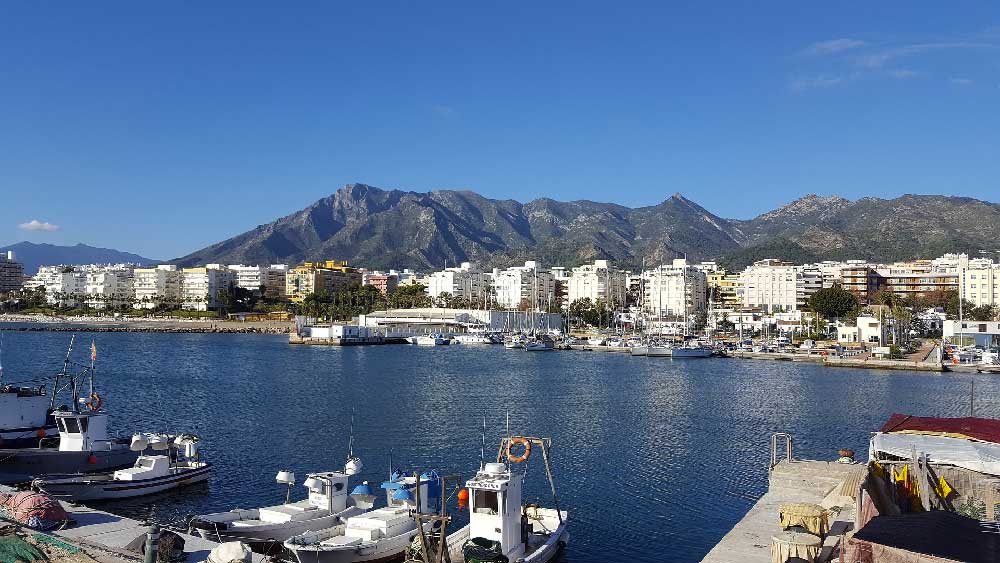 Away from its luxury resorts, golf courses, yacht-peppered marina, and flashy Golden Mile, however, Marbella is a surprisingly charming place. Like any Spanish tourist destination worth its salt, Marbella’s Old Town (Casco Antiguo) is stunningly beautiful and reflects the design aesthetic of Andalusia to a tee. Wander around, sussin’ out its ancient history, and—who knows?—this glitzy resort town might just become your guilty little pleasure.

Ready to plan your trip to Marbella? Get started with these resources:

What to eat in Spain

Although it doesn’t get the press of Italian food, without a doubt Spanish cuisine is one of Europe’s best. Wherever you find yourself in the country, dishes take a unique spin, tossing together unique cooking methods and local ingredients for taste profiles that are unlike any other on the continent.

While trotting around Spain, be sure to try out some of these must-taste Spanish foods: 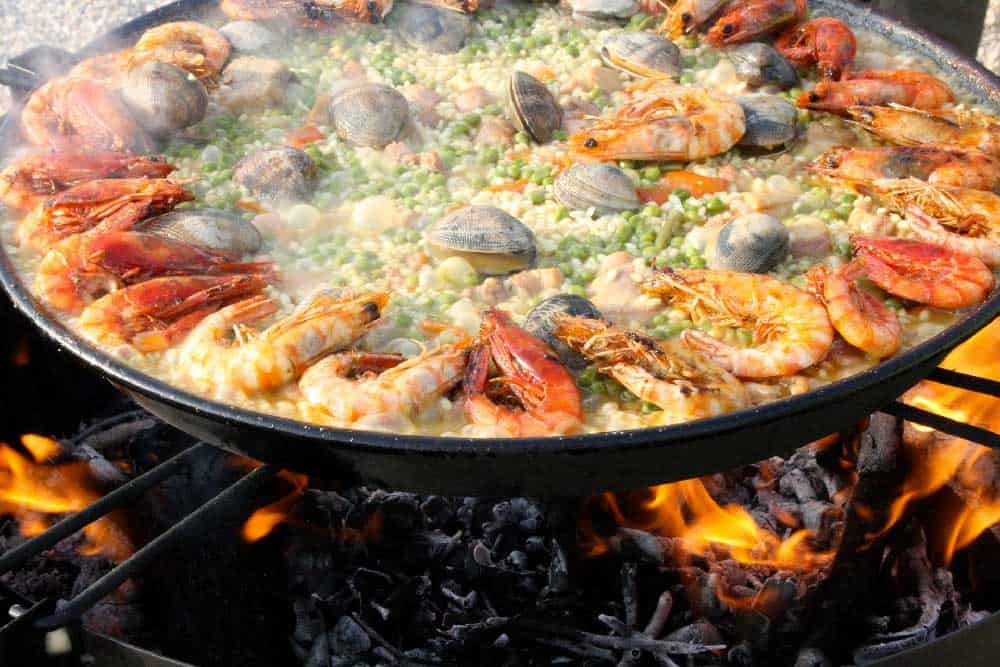 By air: There are several international airports in Spain with flights arriving from all over Europe and beyond. The most common gateways include Madrid Barajas Airport (MAD), Barcelona International Airport (BCN), Malaga Airport (AGP), and Palma de Mallorca Airport (PMI). 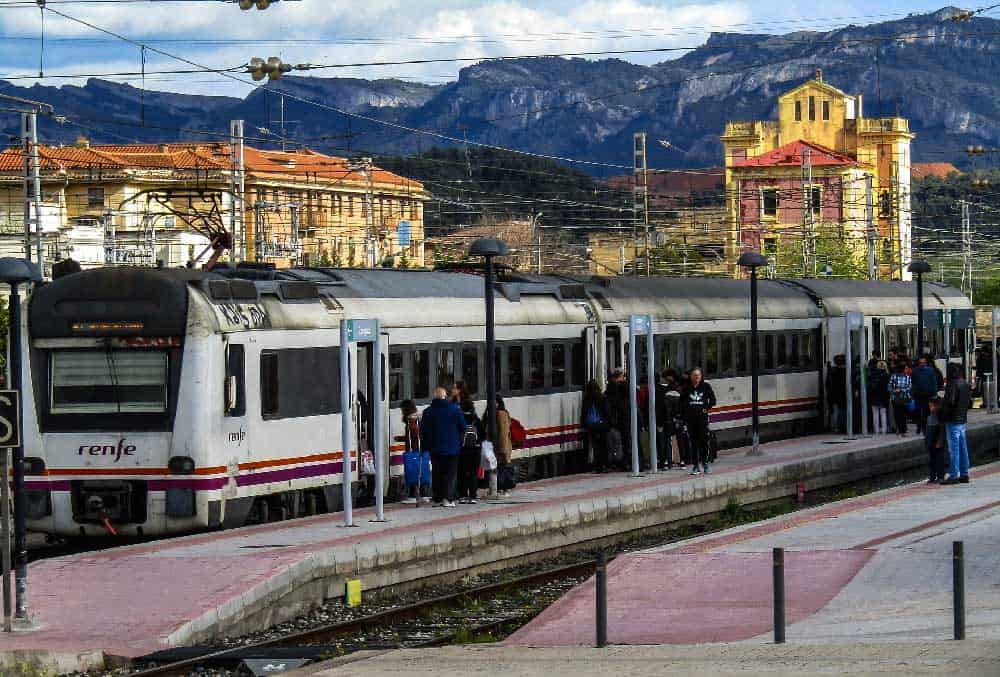 By train: Spain is well-connected to the rest of Europe by rail. The Spanish high-speed AVE trains connect to other European destinations mostly via Madrid. Some popular routes include Paris-Madrid, Lisbon-Madrid, and Marseille-Barcelona.

By train: The best way to get around Spain is, undoubtedly, by rail. The high-speed rail network, AVE, has really sped things up in recent years by reducing travel times between the top destinations in Spain quick significantly. Some of the most popular train routes in Spain include Madrid to Barcelona (3h), Madrid to Malaga (2h30m), Madrid to Seville (2h30m), and Madrid to Granada (4h30m).