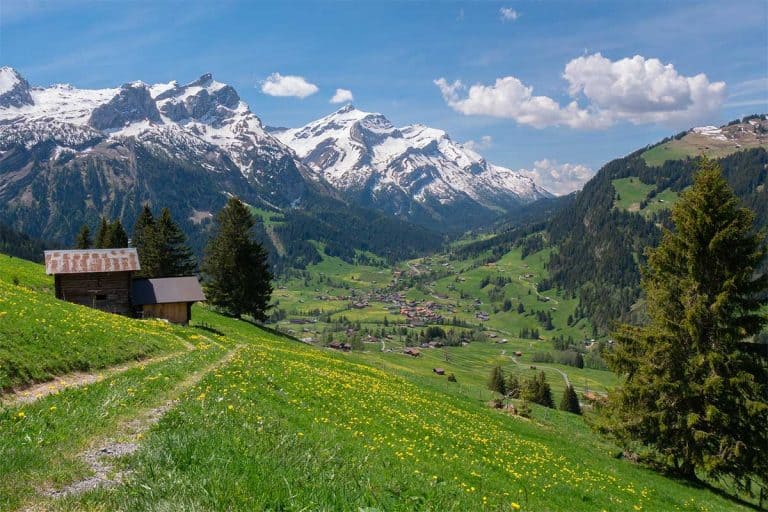 For anyone dreaming of the quintessential European alpine destination, images of Switzerland are bound to surface. Landlocked in the mountainous core of Central Europe, Switzerland immerses travellers into some of the continent’s finest landscapes.

While many travellers drift to Switzerland to carve out its pistes or strap on a pair of hiking boots to ramble through its mountainscapes, the country’s sophisticated urban destinations leave their mark just as easily.

Not sure how to get started planning your trip? Tune up your itinerary with this quick & easy Switzerland travel guide…

When to visit Switzerland

Much like its Central & Western Europe neighbours, Switzerland experiences a temperate climate characterized by four district seasons. Depending on what you’re looking to do, you could easily make a case for visiting Switzerland at any time of year. 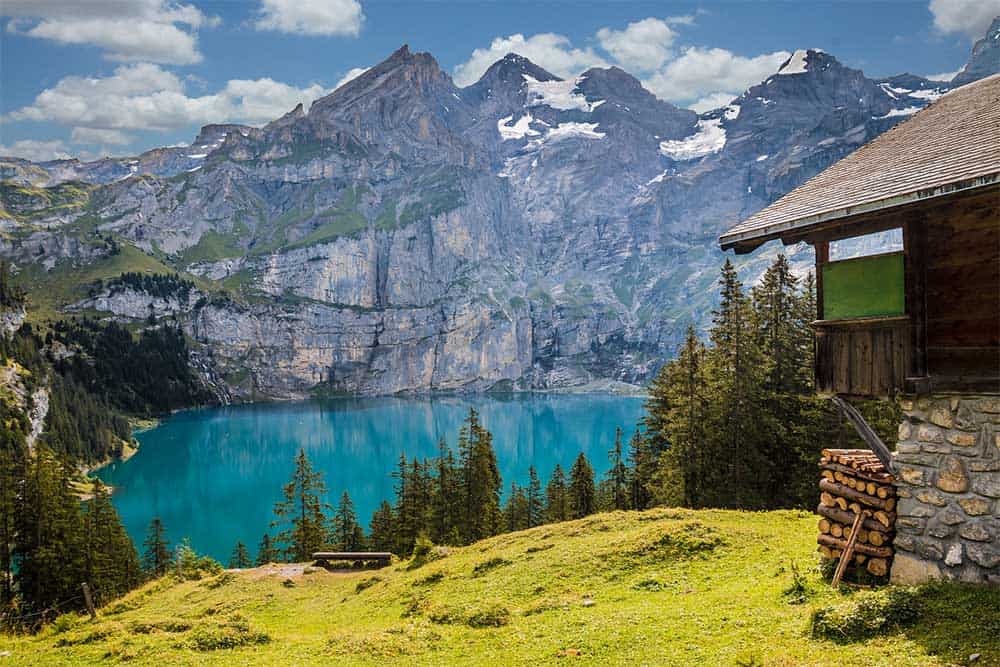 Overall, the best time to visit Switzerland is in the spring and fall shoulder seasons of April to June and September to October. During these times, you’ll get to experience, on average, comfortable temperatures without the crowds of the summer high season of July to August. These are excellent times to go hiking and to check out Switzerland’s best urban destinations.

Skiing season in Switzerland generally lasts between December and March. If you’re visiting for a skiing holiday at this time, expect the crowds and prices to match the country’s reputation for delivering one of Europe’s best winter travel experiences!

Where to go in Switzerland: Top destinations & best places to visit

In spite of its compact size, it’s nearly impossible to put your finger on what to expect in Switzerland. For some travellers, visiting Switzerland is all about descending into the great outdoors. On top of its famous pistes, the Central European country is famous alpine hiking trails and bike paths, slotting in among the best on the continent. 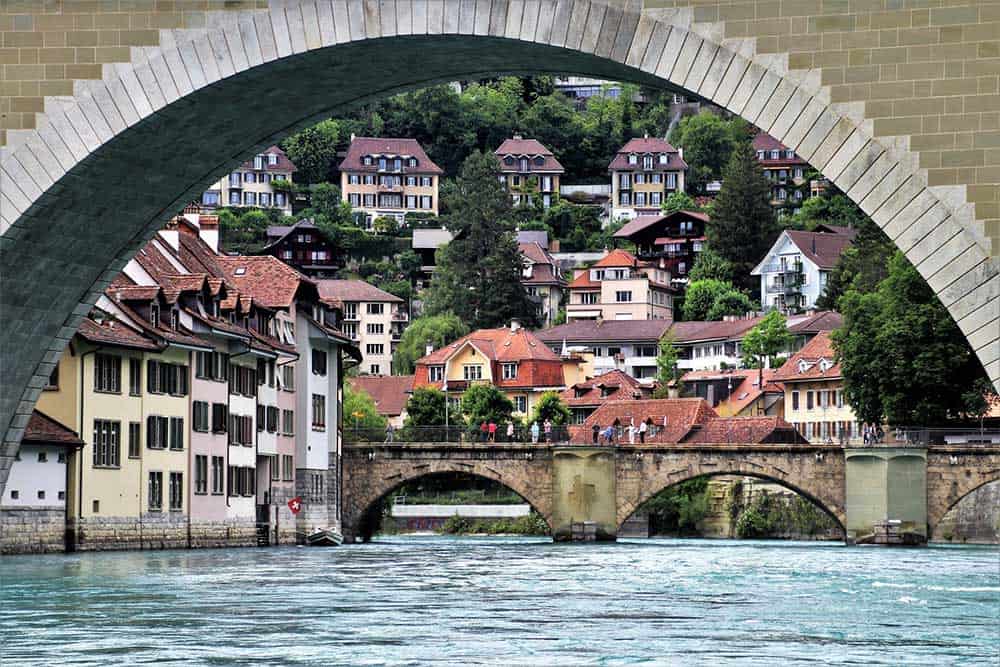 What’s perhaps most compelling about Switzerland is the variety of experiences at your fingertips. And the diversity in landscapes, rural destinations, and urban outings is only the half of it. Switzerland is home to four distinct language groups, each armed with their own cultural quirks. It’s created a nation that looks and feels like none other in Europe.

Not sure where to go? Check out a few of these top travel destinations in Switzerland…

Housing some of the world’s most important organizations including the World Bank, United Nations and World Health Organization, Geneva is often seen as a stuffy home for expat politicians rather than a top European travel destination. And while it might not have the Germanic swagger of Zurich to the northeast, that’s not to say that Geneva doesn’t belong in your Switzerland travel plans. 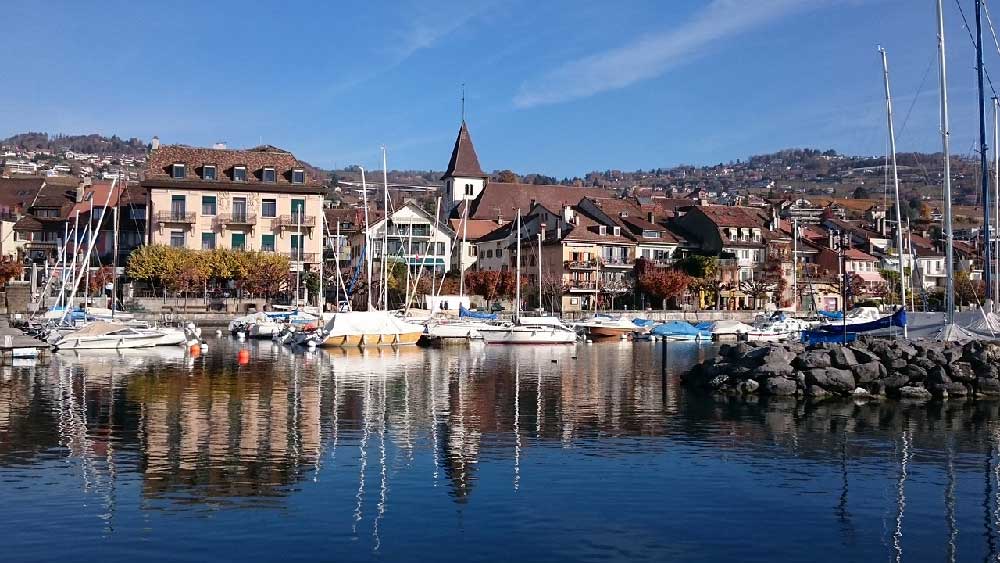 Even without perching on the shores of Lake Geneva, Switzerland’s second-largest city would be gem. As you’d probably expect from the Swiss, Geneva’s façade is near spotless. It’s a mere stone’s throw from the Swiss border with France and the most significant city in Switzerland’s French-speaking quarter. In walking around the city, particularly in the Old Town, the French influence quickly unfolds.

Besides spending time wandering in search of Geneva’s cultural and architectural charms, the city is the gateway to the beautiful Swiss Alps. If you decide to choose Geneva as your base, there’s a smattering of outdoor adventures awaiting within a short trip of the city.

Ready to planning your trip to Geneva? Check out these travel resources…

If there’s one place that’ll shatter your expectations of Switzerland, it’s Zurich. The country’s largest city is—undoubtedly and unsurprisingly—the most exciting urban destination in Switzerland. 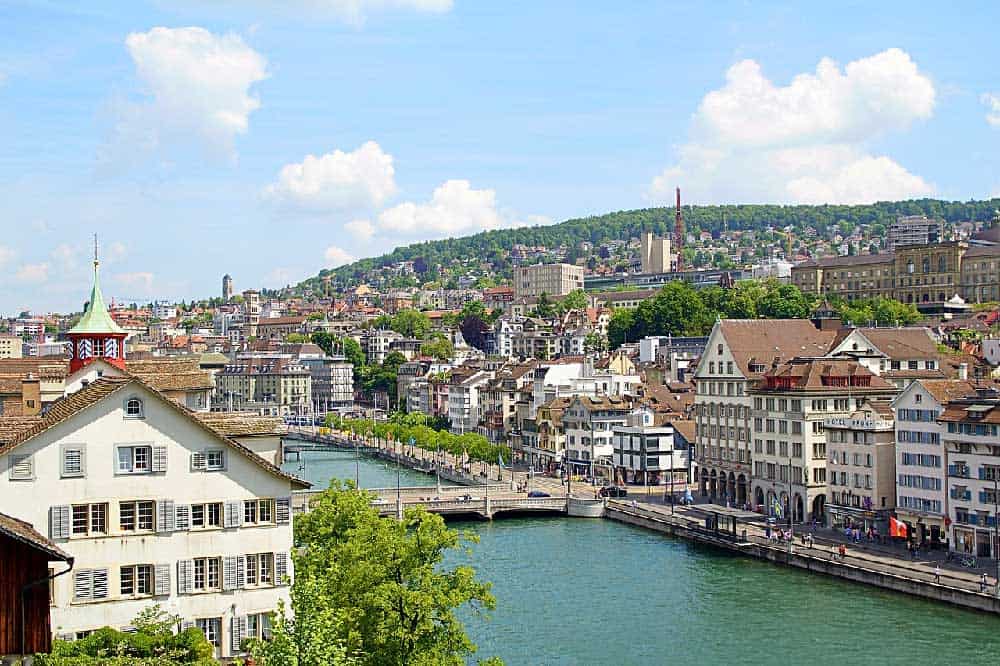 Forget the stories of spies venturing here to hide money in numbered bank accounts; there’s far more to Zurich than high-profile bankers and big money. With its hip demeanour, Zurich is a far cry from the idyllic villages and mountainscapes that most associate with travelling in Switzerland.

At the surface, Zurich is as classic a European destination as they come. From its age-old laneways and elegant architecture, Zurich possesses that not-so-rare power to enchant. For many travellers, however, it’s Zurich’s Germanic edge that’s most memorable. After you’ve tackled all the typical Swiss sightseeing, save some time to experience Zurich’s food & drink scene, which is the most diverse & exciting in Switzerland.

Ready to planning your trip to Zurich? Check out these travel resources… 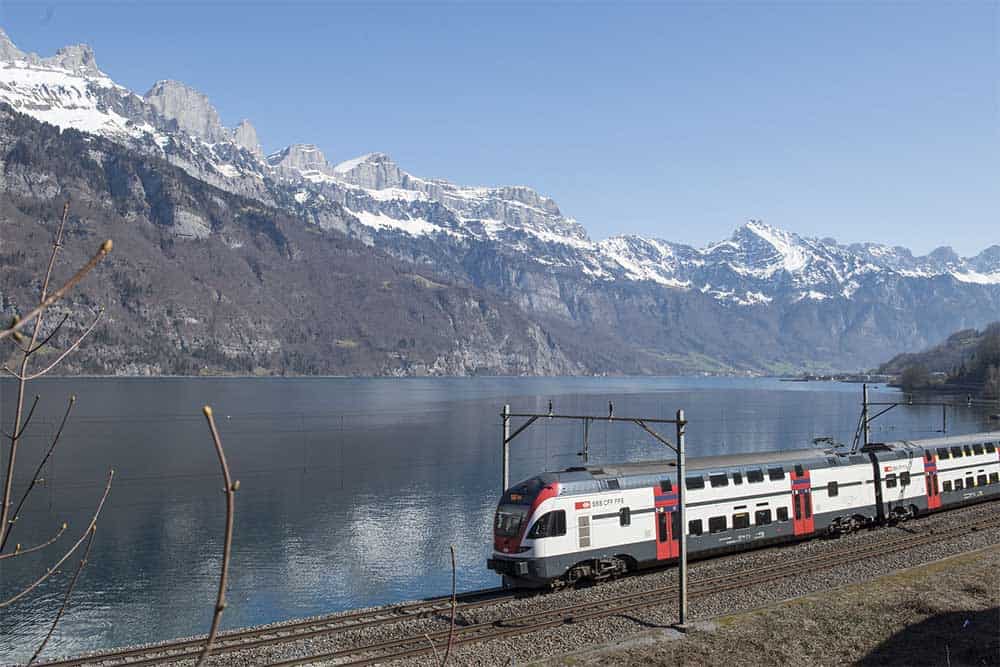 By train: Switzerland shares land borders with France, Italy, Germany, Liechtenstein, and Austria. Entering Switzerland by train is, undoubtedly, one of the best ways to get into the country. The most popular train routes into Switzerland include:

By train: Thanks to its compact size and efficient rail system, Switzerland is one of the best places in Europe to travel by train. You’ll find high-speed trains plying between all the major travel destinations in Switzerland in no more than 1-3 hours. The most popular train route in Switzerland include: