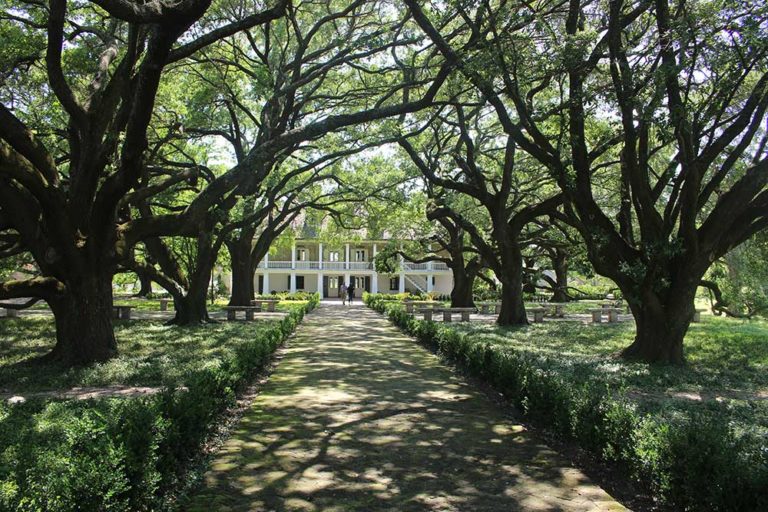 Rich in culture, cuisine, and history, Louisiana is a favorite travel destination in the Southeast USA. The state is most well-known as the home of New Orleans, one of the most fascinating cities in America. Whether you’re looking for a laid-back urban vacation or an action-packed outdoor adventure, there’s something for every traveler in Louisiana.

Lousiana’s biggest urban destination, New Orleans is one of America’s coolest and most unique cities. Its French colonial architecture, jazz clubs, art galleries, and world-class museums make it an unforgettable place to visit. Wander its French Quarter marvel at incredible architecture and get your groove on with the lively nightlife of Bourbon Street.

But don’t stop there: There’s far more to Louisiana than the “Big Easy.” The state’s capital, Baton Rouge, is a charming college town with a lively arts scene. Cajun culture is alive and well here, too, from its delicious food to its colorful festivals.

If you’re looking for a less urban adventure, head to Acadiana, also called Cajun Country. This historic area of French Louisiana is filled with small towns and unspoiled beauty. You’ll find plenty of outdoor activities, including kayaking, hiking, and fishing. Save time here to explore its swamps and bayous under the shade of cypress trees.

No matter what brings you to Louisiana, plan your trip to the Bayou State with this Louisiana travel guide.

Where to go in Louisiana

One of America’s favorite travel destinations, New Orleans is a world unto its own. While distinctly American, the city’s French roots run deep, as do its Creole traditions.

New Orleans’ rich culture is evident everywhere you look. From the French Quarter to the Garden District, you’ll find yourself surrounded by architectural wonders. 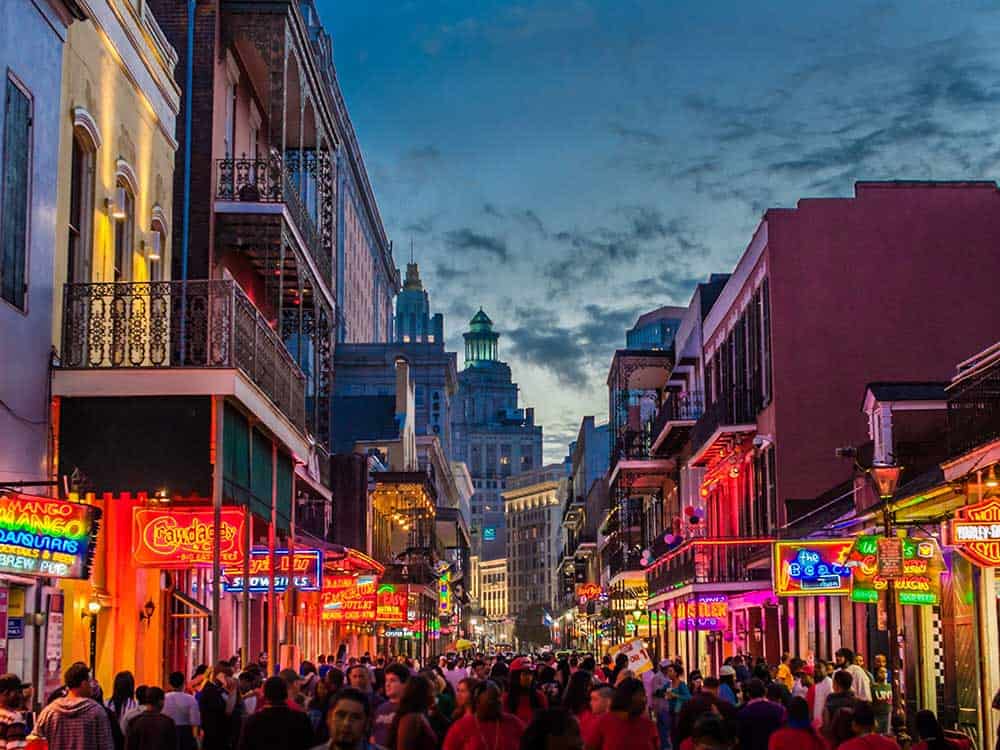 For history buffs, New Orleans bursts with charm. You’ll even find some of the oldest historic buildings in North America here, including the 18th-century St. Louis Cathedral.

The city’s nightlife is legendary. Every year, New Orleans hosts Mardi Gras, one of America’s most famous festivals. The rest of the year, there’s no shortage of options either.

The bars & eateries of Bourbon Street (or the slightly tamer Royal Street) are always buzzing with energy. You’ll also find live jazz performances at music venues like Preservation Hall or along Frenchmen Street in Faubourg Marigny.

If you’re looking to relax after all that partying, head to Lake Pontchartrain. This body of water is the largest natural saline lake entirely contained within a single state. Spend the day exploring the area’s parks and nature preserves.

Ready to plan your trip to New Orleans? Get started with these resources…

The capital of Louisiana and the state’s second-largest city, Baton Rouge is a charming town that’s been transformed into a bustling metropolis by the influx of Louisiana’s oil industry.

Baton Rouge offers visitors a variety of attractions, including the Louisiana State Museum, housing an extensive collection of Native American artifacts. Elsewhere in the heart of downtown, you’ll stumble upon the Old Capitol Museum, showcasing the sometimes tumultuous history of Louisiana. 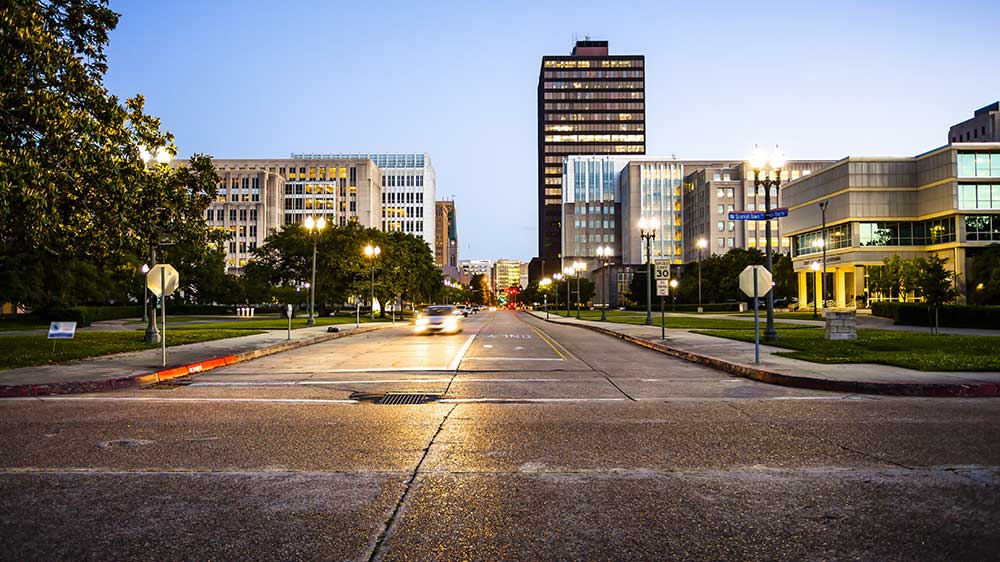 The city’s downtown area is filled with old brick buildings, giving it a distinct Southern charm. You’ll find a variety of yummy restaurants serving everything from seafood to Cajun food.

If you’re looking for something a little different, head to the Riverwalk District. This beautiful riverfront area is filled with cool boutique shops, galleries, and restaurants.

Need for some fun in the sun on your Baton Rouge trip? Head to Lake Ponchartrain, located about an hour away by car. You’ll find a wide range of activities here, including golf courses, fishing, sailing, kayaking, swimming, and parasailing.

Located in the heart of Cajun Country, Lafayette is one of South Louisiana’s most interesting cities to visit. Like New Orleans, French roots run deep in Lafayette. The city was one of the main landing spots for Acadians expelled from Canada in the 18th century.

Lafayette’s charm lies in its unique blend of old-world culture and modern amenities. In the city, you’ll find a vibrant nightlife scene, great shopping, and some of the best food in the state. 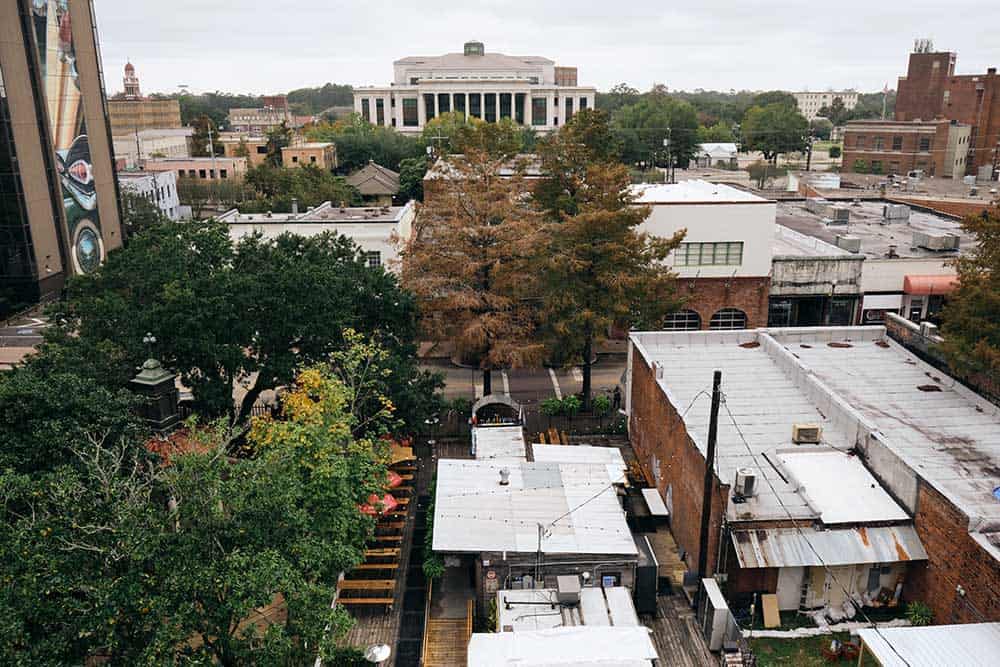 For a taste of the local flavor, head to Downtown Lafayette. In the city center, you’ll have no problems finding authentic Cajun cuisine, live music, and a lively atmosphere.

If you’re looking to dive into Lafayette’s history, check out the nearby Acadian Village. This living history museum offers a glimpse into the life of early settlers in the region.

Located in South Louisiana, Lake Charles is another favorite for visitors hopping around The Bayou State. In the small city of 85,000, travelers can choose between everything from luxury casinos to award-winning golf courses.

For travelers, the Charpentier Historic District is Lake Charles’ most charming quarter. Listed on the National Register of Historic Places, the 40-block district charms with its distinctive turn-of-the-century architecture. It’s rendered even more beautiful in the evening under the glow of its gentle lamplights. 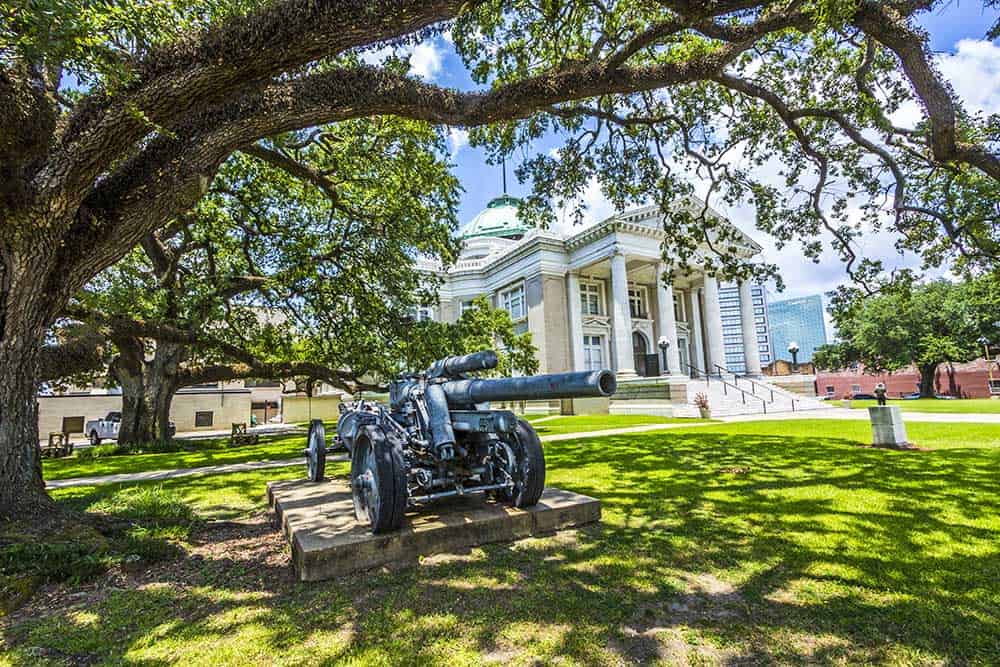 If you’re looking for outdoor adventure, take a drive along the Creole Nature Trail All-American Road. Along the 180-mile stretch, keep your eyes peeled with Louisianan native wildlife, including native birds and alligators. You’ll even find over 26 miles of pristine Gulf of Mexico beachfront on your ride.

Before you depart Lake Charles, be sure to bring a little extra cash to burn away a night at one of the city’s famed casino resorts, including L’Auberge Casino Resort.

Want to experience Louisiana’s natural beauty? Fit in a visit to Jean Lafitte National Historical Park and Preserve. Located about 30 minutes from New Orleans, it’s one of Lousiana’s must-see swathes of wilderness. 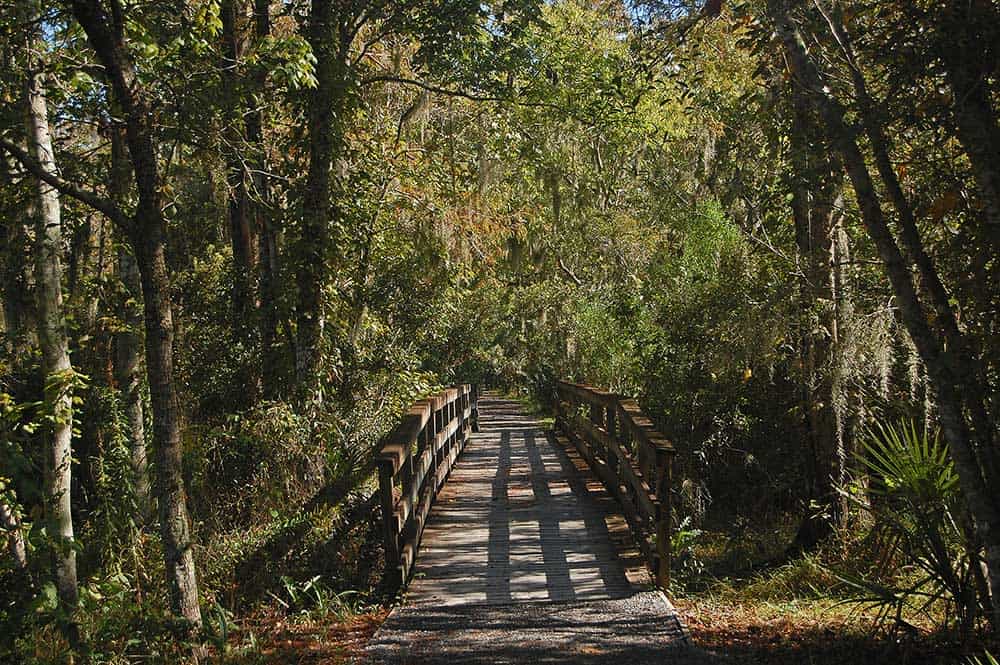 At the national park, you’ll explore the untamed wilderness of the Mississippi Delta with a side of Cajun culture. The park was named after the infamous Jean Lafitte, a 19th-century French privateer turned pirate. Even more famous than his legendary merchant robberies was Lafitte’s role in protecting New Orleans during the War of 1812.

With its vast wild expanses, it could take a lifetime to explore all the nooks and crannies of Jean Lafitte National Historical Park and Preserve. Nature-lovers will love spotting birdlife in Barataria Preserve, just south of New Orleans. If history’s your jam, entertain yourself with Battle of New Orleans enactments at the historic Chalmette Battlefield.

With a population of nearly 190,000 people, Shreveport is the largest city in North Louisiana and one of the state’s most popular urban getaways. Closer to Dallas than New Orleans, Shreveport’s got a different feel than other cities in the Creole State. 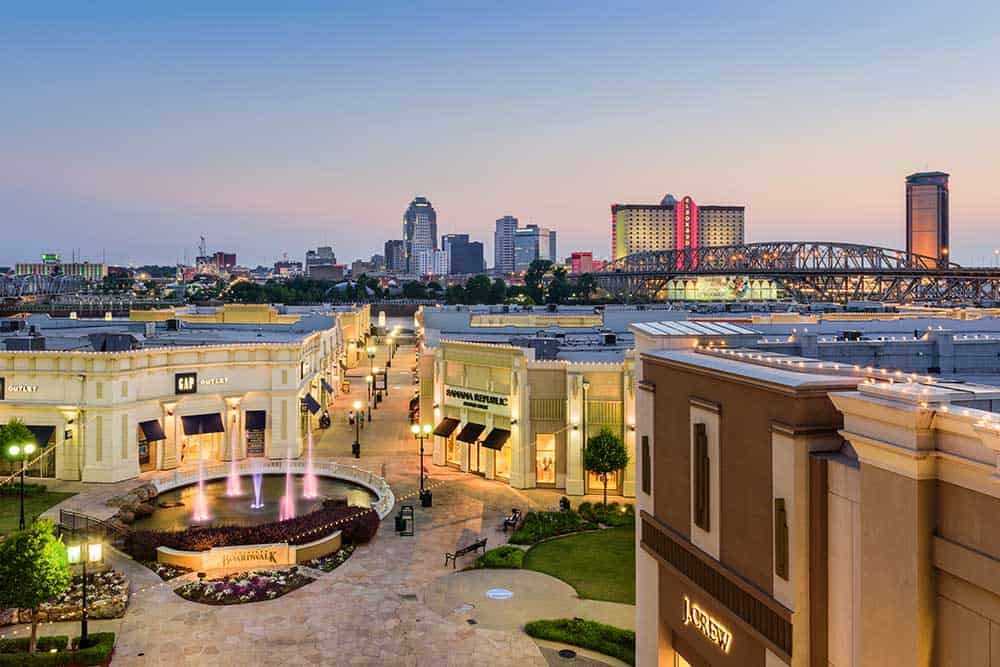 If you’re looking to experience the region’s wilderness, scoot over to Caddo Lake National Wildlife Refuge. Located 45 minutes across the border in Texas, the 8,493-acre teems with local wildlife, including endangered species like the peregrine falcon and alligator snapping turtle.

When to visit Louisiana

The best time to visit Louisiana is between February and May. Spring in Louisiana offers comfortable temperatures, avoiding the coolest winter months and the summer high tourism season. 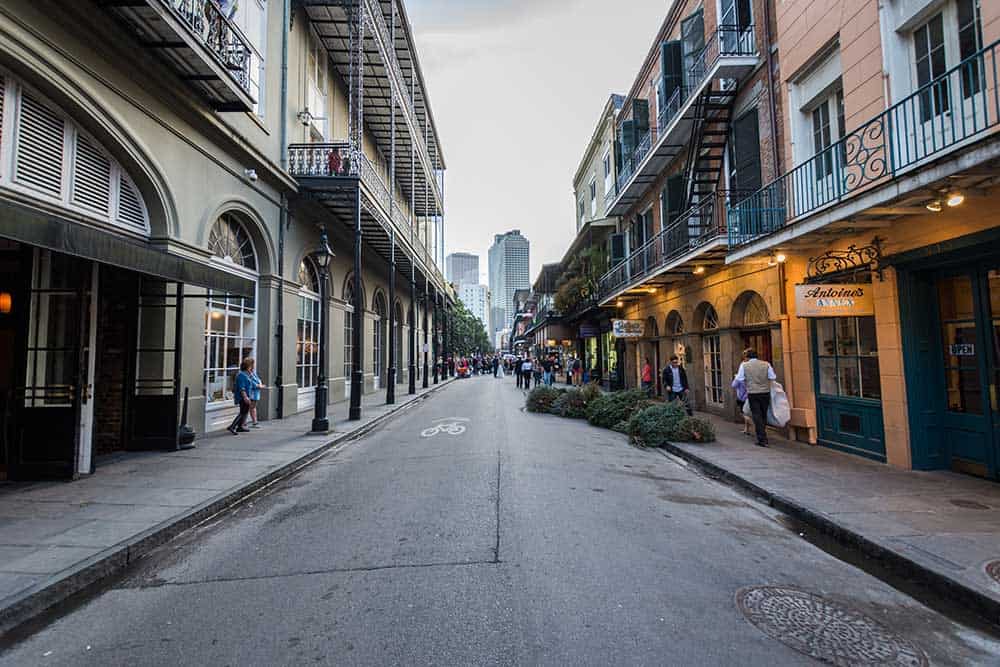 New Orleans’s famous Mardi Gras celebrations fall between February and March. If you’re planning to visit during this world-famous festival, be sure to book your accommodations well in advance. (And plan to pay significantly higher prices than normal.)

The busiest months in Louisiana for tourists are between June and August. Expect higher hotel prices and lower availability.

If you want to escape the crowds, November is a good option. The temperatures are still warm and pleasant, while the tourist numbers are minimal. You should be able to score some solid deals during this time of year.

How to get to Louisiana

Louisiana is well-connected to other states in the Southeast USA, including Texas, Mississippi, Alabama, Florida, and Tennessee. Popular routes and estimated driving times from New Orleans include: