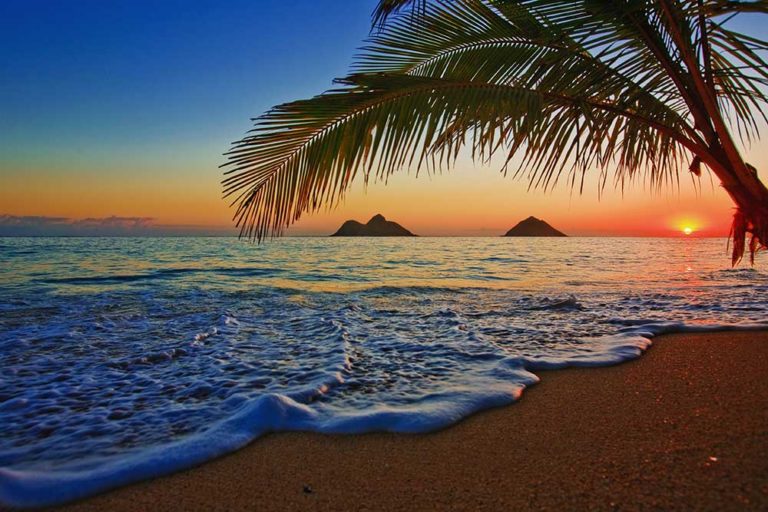 With millions of tourists landing upon its shores every year, Hawaii is one of the most popular getaways in the United States. The Hawaiian Islands comprise an archipelago of eight major islands, each adding its own distinctive personality to the state’s eclectic mix.

For many travelers, Oahu is the best introduction to the Aloha State. Home to the state capital of Honolulu, Oahu is ringed by some of the country’s most pristine beaches and beset with lush tropical rainforests.

Likewise, Hawaii’s second-largest island of Maui is a paradise for tourists. Less populated than Oahu, Maui is the perfect escape from the jam-packed beaches and traffic of the state’s most populous island. On Maui, both Hawaii’s seaside charms and natural beauty are on display, dishing out plenty of opportunities for beach bums and outdoor adventurers.

Whether you’re looking for adventure or just want to relax by the pool, start planning your ultimate trip to Hawaii with our Hawaii Travel Guide.

Where to go in Hawaii

The most popular island in Hawaii, Oahu offers everything you’d want for your Hawaiian vacation. The island of Oahu is blessed with everything from white-sand beaches to lush rainforests. Whether you want to laze on the shores of the Pacific Ocean or plow up a volcanic crater for an epic sunset, Oahu has you covered.

Oahu is home to Honolulu, Hawaii’s state capital and the epicenter of modern Hawaiian culture. Many visitors focus their visit on Waikiki Beach, Hawaii’s most famous beach and the perfect destination for enjoying the bounty of the Pacific. The famed Waikiki area hosts many of the island’s best places to stay, including the famed Moana Surfrider Resort & Spa. 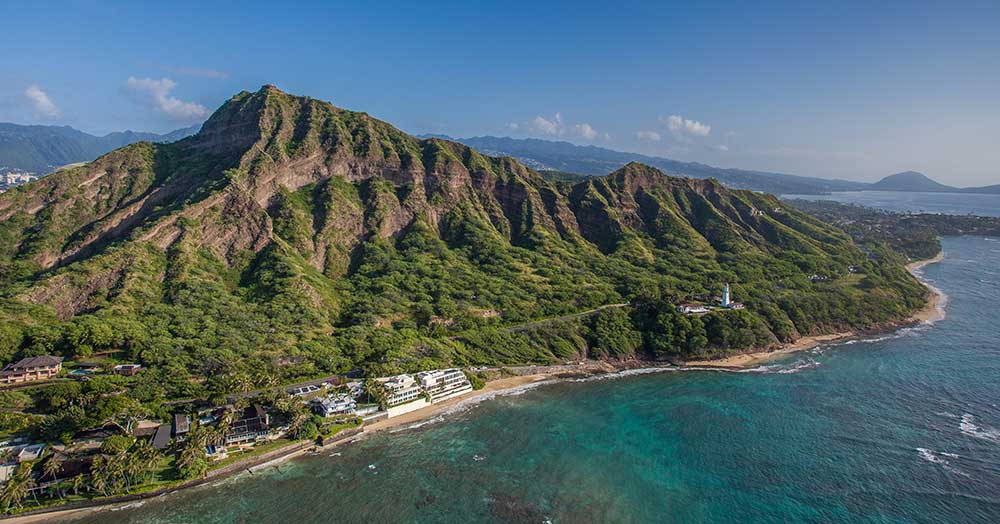 Around Honolulu, several cultural attractions also await, including the Honolulu Museum of Art and the Bishop Museum, housing the world’s largest collection of Polynesian artifacts.

Just minutes from Honolulu, even more of Oahu’s magic unfolds. Explore the coastline to enjoy some of the nation’s finest beaches or head inland to experience the tropical greenery to spectacular ocean views.

Hawaii’s second-largest island, Maui is another dream destination for adventurous travelers. Although one of the most popular places to visit in Hawaii, Maui is a quieter and tamer alternative to bustling Oahu—with no less tropical charm. 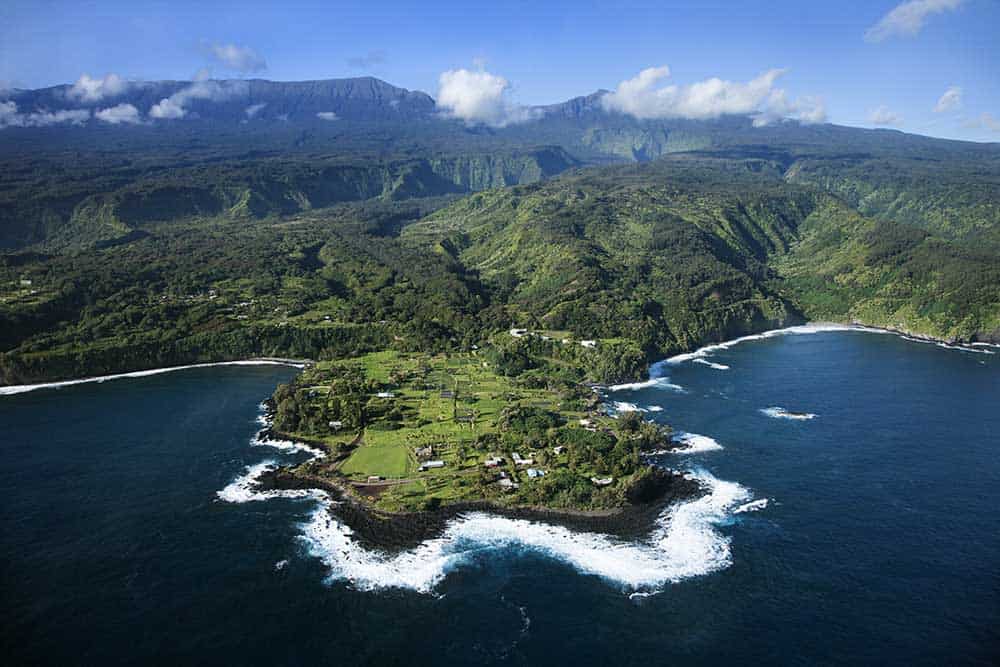 Even if you’re on a time crunch, there’s plenty to explore on Maui. On the island’s west side, opt for a perfect Hawaiian beach vacation at the sun-kissed luxury resorts of Wailea Beach. In East Maui, you’ll discover the rugged beauty of Haleakala National Park, centered around the Haleakala Crater, one of the world’s largest dormant volcanoes.

If you’re looking to tap into Maui’s laid-back side, take a ride along the North Shore. Here, you’ll find secluded beaches, hidden coves, and quiet fishing villages. (Along with some of the finest local Hawaiian food in the state.) 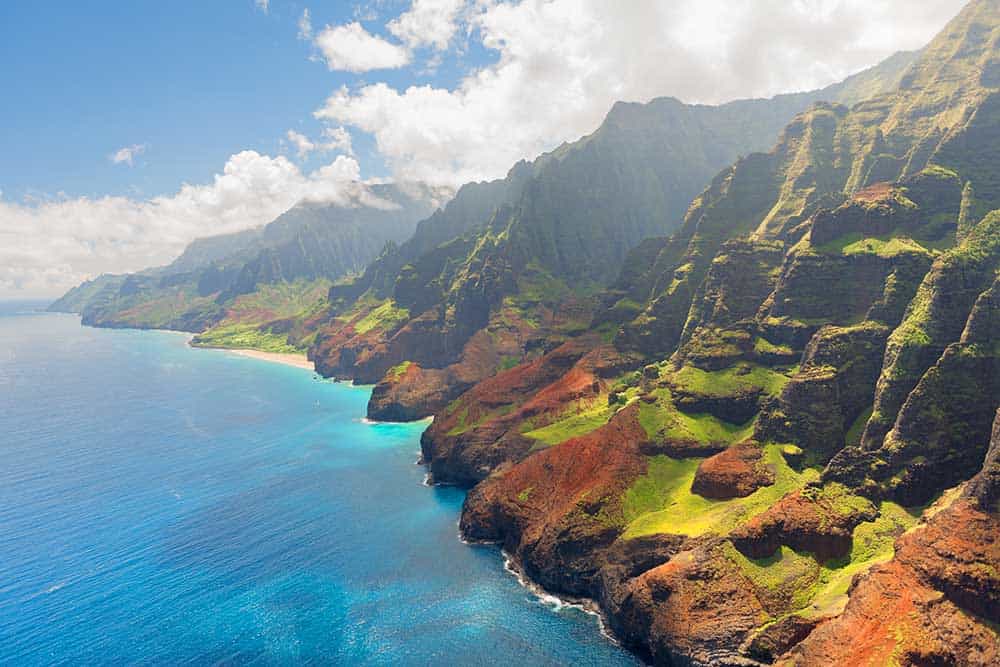 If you’re looking to experience Kauai’s coastal charm, head out to the Na Pali Coast. This stretch of rugged cliffs, jagged peaks, and deep blue waters is a sight to behold.

Throughout the island, you’ll also find plenty of opportunities for outdoor adventure, including hiking in Kokee State Park and kayaking down the Wailua River.

Providing inspiration for the state’s name, the island of Hawai’i, also known as Big Island, is the largest island in the archipelago—and one of its most compelling travel destinations. Although home to just over 185,000 people, Big Island comprises over 60% of the state’s landmass. And of course, that means there’s plenty to explore here! 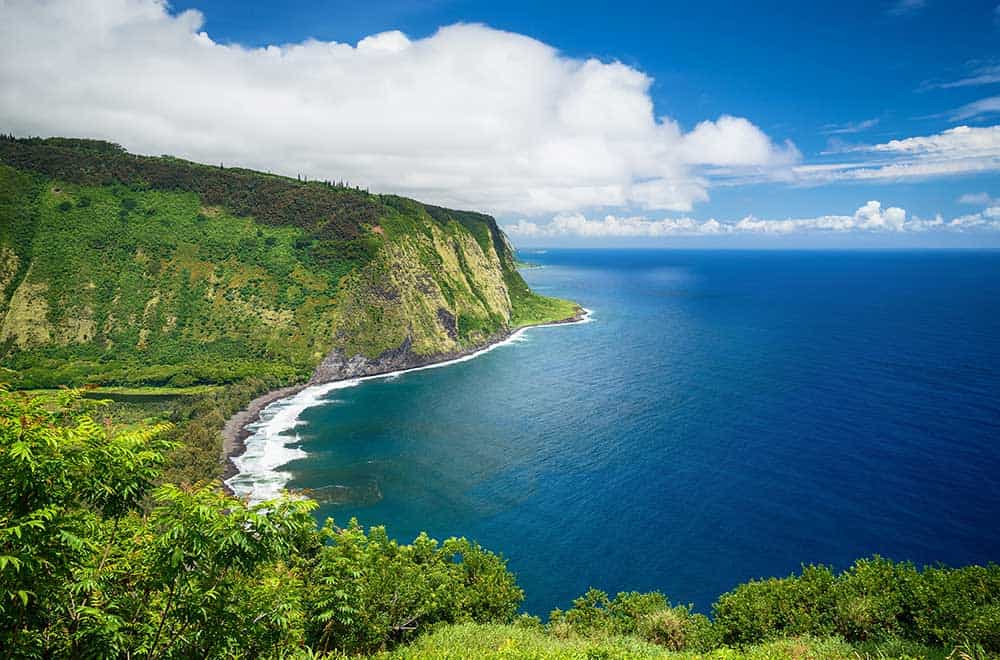 For a taste of the Big Island’s seaside charms, head to the Kohala Coast. Thanks to its gorgeous white sand beaches and turquoise waters, you’ll find several luxurious oceanfront resorts here, including the posh Four Seasons Resort Hualalai.

The central-most Hawaiian island, Lanai doesn’t see the crowds of the “big four.” For off-the-beaten-path adventures, the small island, home to just 2,700 people, is one of Hawaii’s most compelling destinations. The island teems with serene beaches, bizarre landscapes, and interesting cultural sites. 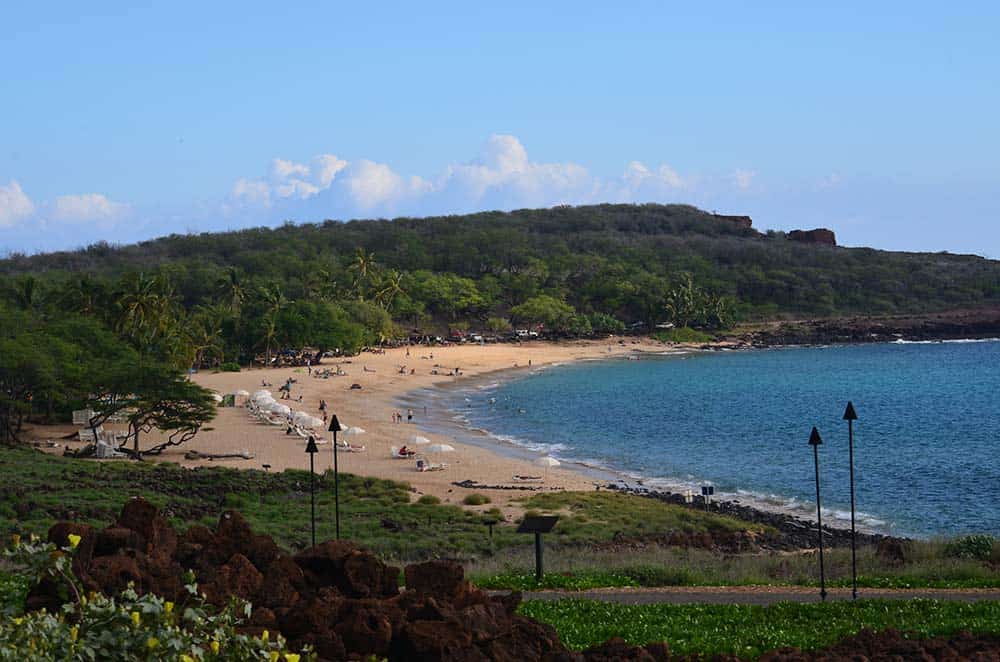 Unlike other islands in Hawaii, Lanai has little local history to speak of. Much of the island’s legacy began when James Dole chose it as the site for several now-defunct pineapple plantations. Lanai’s reputation as a private island continues to this day, with 98% of the island owned by billionaire Larry Ellison.

Even so, adventurers will find plenty on Lanai to keep them busy. Beach bums will love spending time on the remote Polihua Beach, scoping out green sea turtles. Divers will love sinking into the depths around Shipwreck Beach, to spot its famed WWII tanker wreck. For an onshore adventure, seek out the moon-like landscapes of the Garden of the Gods, one of Lanai’s coolest attractions.

Often labeled as the “most Hawaiian island,” Molokai sees the fewest visitors out of Hawaii’s six main “tourist” islands. Over 50% of the local population on Molokai traces its roots back to Hawaii’s original native inhabitants. For getting to know the “real” Hawaii, there’s no better place to visit than Molokai. 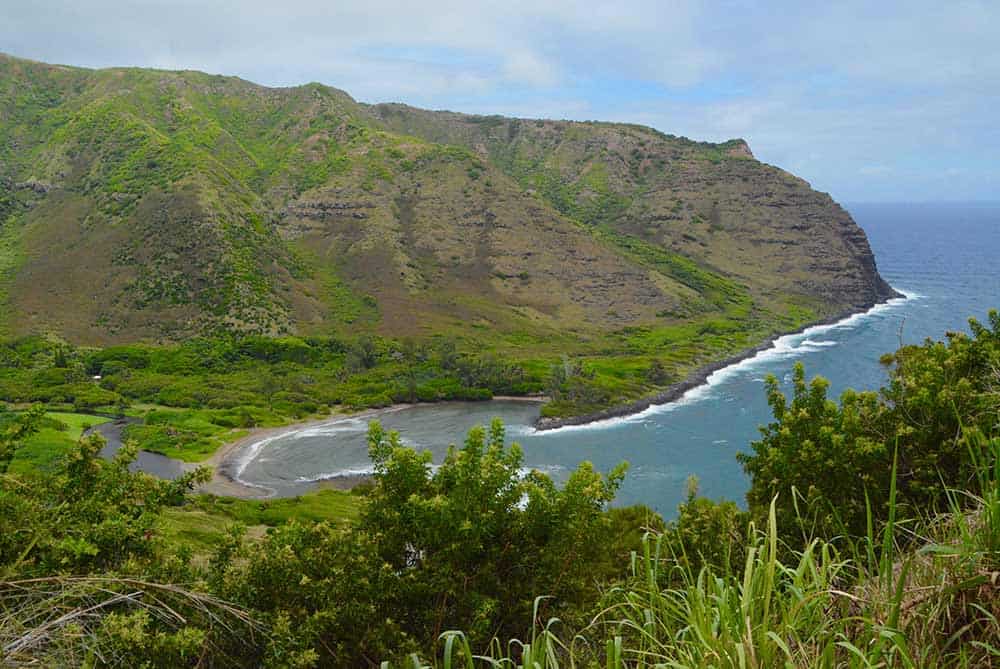 No matter you find yourself on the “Friendly Isle,” you’ll stumble upon something that’ll take your breath away. Explore Kalaupapa National Historical Park, housing a former leper colony seated below the world’s highest sea cliffs.

Or peer down onto the site at the towering Kalaupapa Lookout in Palaau State Park. Not far from the lookout point, peer back into island folklore at Phallic Rock, revered for its fertility-boosting powers.

When to visit Hawaii

The best time to visit Hawaii is from April to May and from September to October. In these months, you’ll enjoy great weather along with smaller crowds and better accommodation prices. 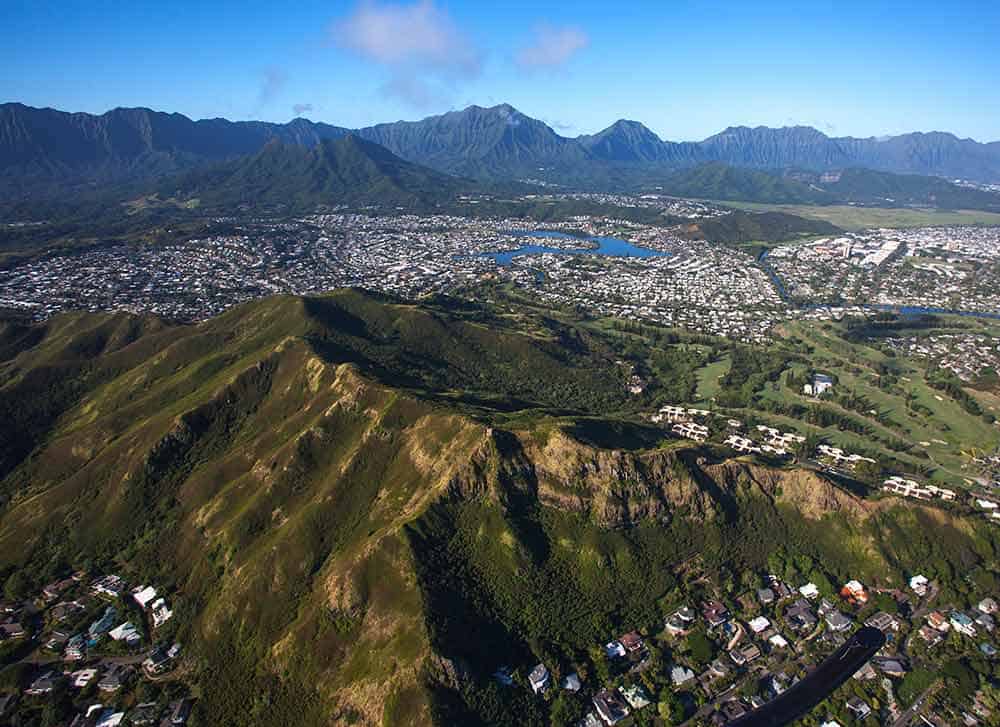 If you’re looking to save money and avoid crowds, avoid visiting during the tourism high season, set around Christmas and New Year and in July and August.

How to get to Hawaii 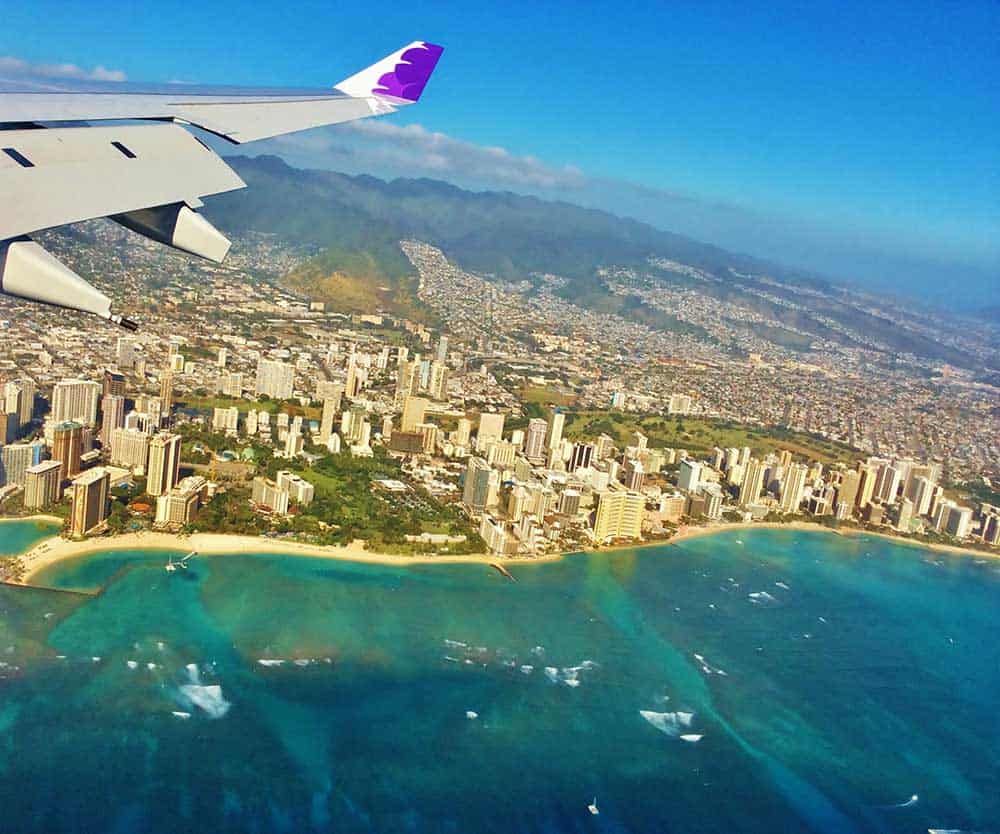 If you’re planning to visit other Hawaiian islands, you may also find a handful of routes to/from Kahului Airport (OGG) on Maui, Lihue Airport (LIH) on Kauai, and Kona International Airport (KOA) on Big Island. Many of the direct flights to these airports originate on the West Coast, particularly California, Oregon, and Washington State.