Visiting Southeast Asia for the first time? If you’re like many travellers, there’s a good chance your first stop will be in Thailand.

As amazing as each of the sub-continent’s top destinations are in their own right, Thailand offers a little taste of the region’s most compelling features from pristine white-sand beaches to bustling cities & towns chock-loaded with cultural attractions to hiking trails meandering through tropical forest & rice paddies.

Not sure where to start planning your trip? Get some ideas from this quick and easy Thailand travel guide…

Looking to explore other countries in the region? Check out our Southeast Asia Travel Guide for more destination ideas & tips!

When to visit Thailand

Like most countries in Southeast Asia, Thailand can be considered a year-round destination with a few caveats and curveballs. Depending on the time of year you decide to travel, you should expect a marked difference between some the country’s hotspots, particularly when comparing destinations on the east and west coasts of the southern peninsula. 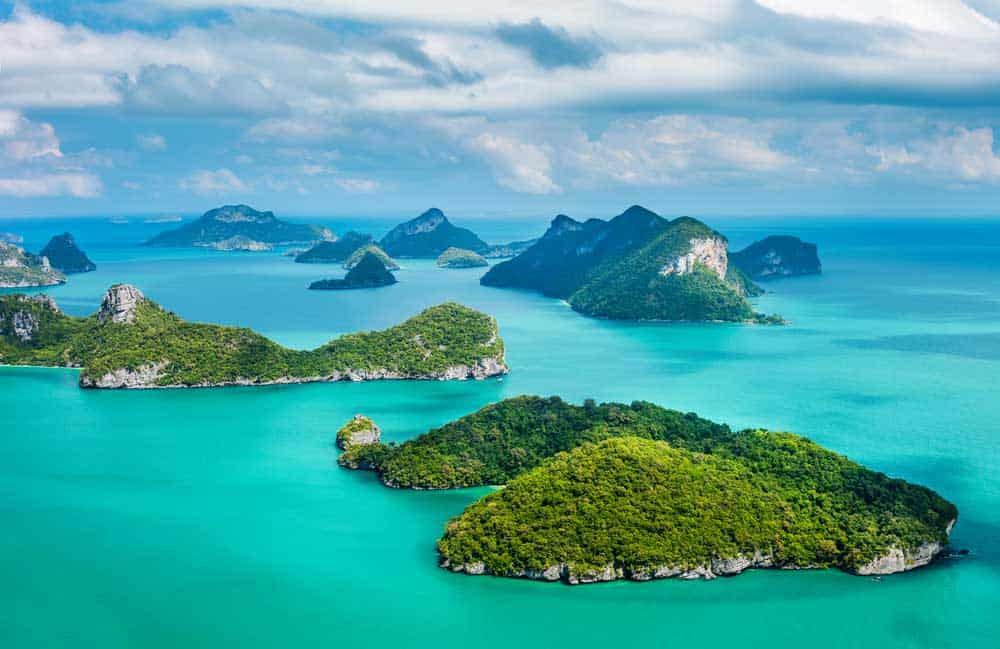 Overall, the best time to visit Thailand is between November and early April. In general, this is the driest time of year in Thailand. The temperatures and humidity are also a little more moderate and comfortable for most travellers.

Since there’s quite a bit of variation throughout Thailand, however, it’s best to check the weather guides for the specific destinations you’re planning to visit to know when exactly to go.

Where to go in Thailand: The top destinations & best places to visit

One of the most compelling things that travellers love about Thailand is the sheer variety of places to visit. While most itineraries start in the chaotic Thai capital of Bangkok, there’s a veritable lifetime’s worth of destinations to experience as you make your way through the country. 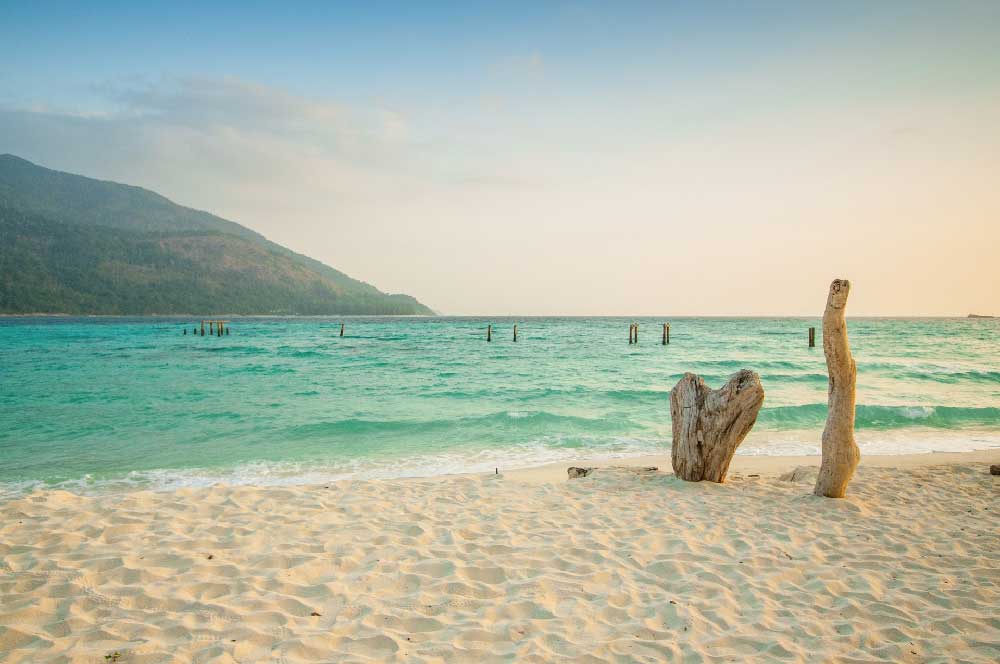 Whether you want to spend your days lazing along the beach, scouring markets for some of the world’s most insanely delicious food or walking along rocky paths amid thick forests & karst landscapes, the best travel destinations in Thailand will bring your travel vision to life.

Looking for quick ideas on where to go in Thailand? Check out these travel resources:

Its moniker might be “The City of Angels,” but there’s, truthfully, nothing too angelic about the big brash city of Bangkok. On first glance, you might think that there’s little to love about the Thai capital. It’s loud, congested, and more than a tad obnoxious at times. 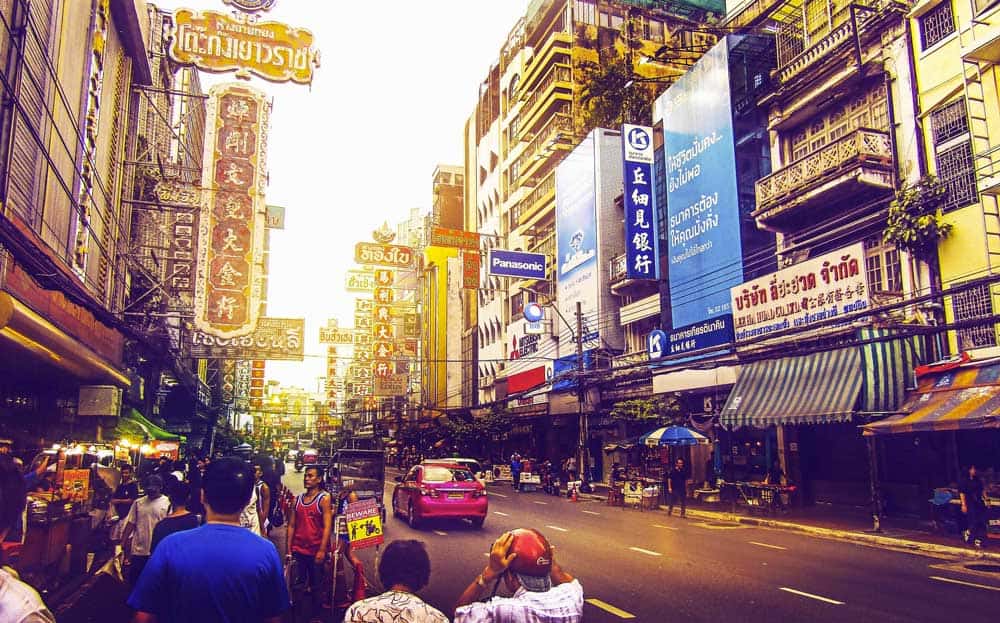 In spite of its flaws though, Bangkok isn’t a place you’ll want to skip out on. For foodies, Bangkok is home to some of the world’s best cuisine. Among its street-side markets, you’ll quickly get overwhelmed by exotic smells wafting from wok that beckon you to tackle its rich flavours.

Perhaps most popular among younger travellers is Bangkok’s nightlife ranging anywhere from the dodgiest of dive bars to upscale clubs sporting rooftop bars with spectacular views over the modern city. Or if cultural travel is more your thing, Bangkok delivers more than its fair share of temples and palaces that weave together a compelling story of the city’s illustrious past.

Ready to plan your trip to Bangkok? Get started with these resources:

Next to Bangkok, there’s no city in Thailand that gets more attention from travellers than Chiang Mai. As a former royal capital, Chiang Mai is chock-loaded with compelling attractions that are bound to keep you busy for days.

Considering its size, Chiang Mai is relatively calm urban retreat, especially if you’re beelining north from the chaos of the Thai capital. Besides simply moseying between temples and throwing back lattes at hip cafés, you’ll love visiting Chiang Mai for the breadth of opportunities to experience the Thai countryside. Within easy reach of the city, you’ll be dazzled by some of Northern Thailand most swoon-worthy natural attractions from lush rainforests & cascading waterfalls to traditional villages.

Ready to plan your trip to Chiang Mai? Get started with these resources:

What to eat in Thailand

For many travellers, temples and beaches are just a side attraction while visiting Thailand: The real reason to travel here is for the food! Thai food has become famous around the world for its rich exotic flavours that spin together every modality from spicy & salty to sweet & sour. 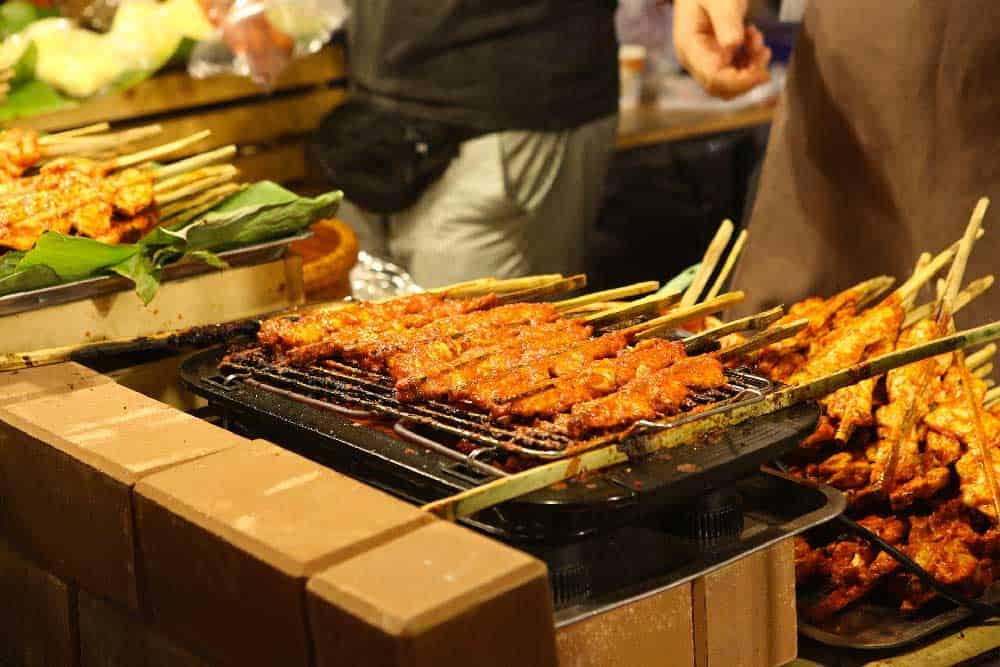 As you run through the gamut of Thai cuisine, give your tastebuds a treat with these quick suggestions for what to eat in Thailand…

By air: For most travellers, the easiest way to get to Thailand will by air. The most popular gateway to Thailand is Bangkok’s Suvarnabhumi Airport (BKK). Some of the major airlines operating out of BKK include Thai Airways, Bangkok Airways, and Thai Smile. 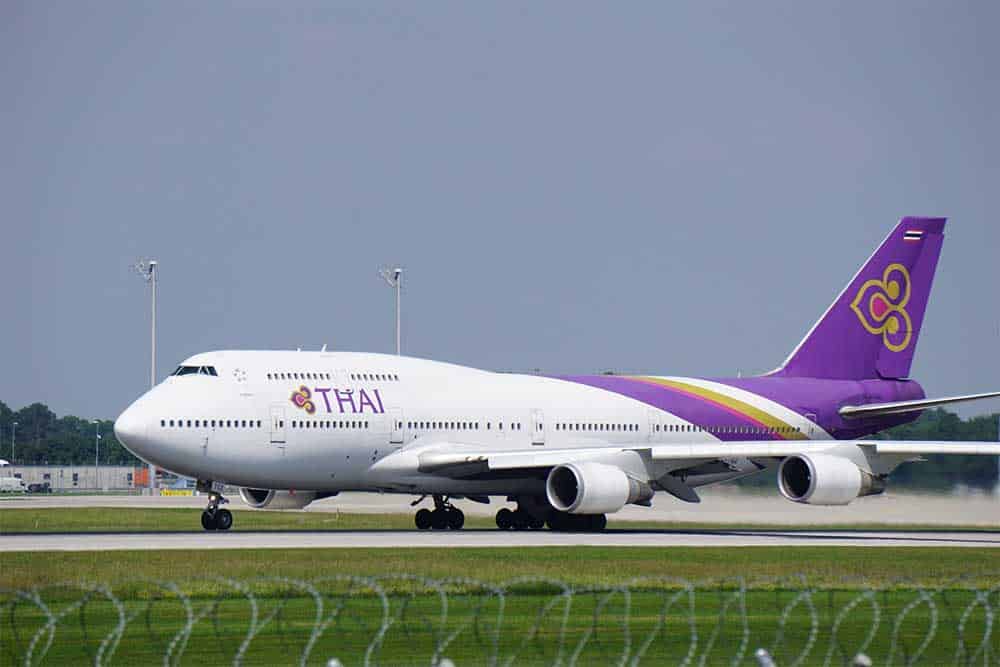 By bus: Thailand shares land borders with Cambodia, Laos, Myanmar, and Malaysia. Land transportation into Thailand from its neighbours, however, is generally cumbersome and slow. If your budget allows, you’ll save a ton of time entering Thailand by air. Some of the more popular routes into Thailand by bus include:

By air: With the large distances between many of the top Thai destinations and relatively affordable airfares, one of the best ways to get around Thailand is by air. Some of the most popular air routes include: 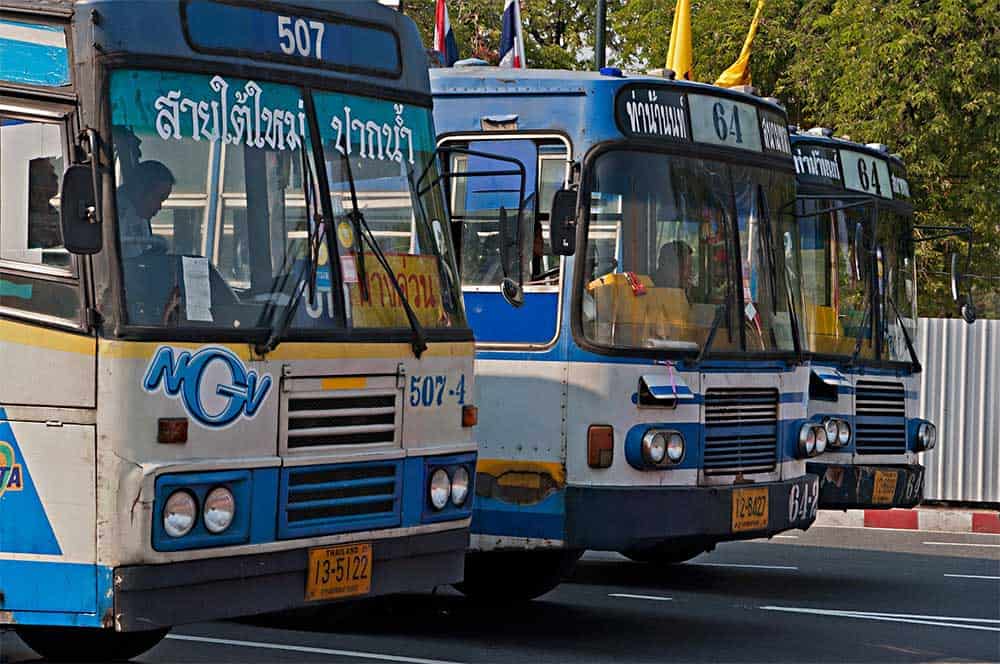 By bus: Thailand has an extensive bus system that will transport you nearly anywhere you need to go. Buses tend to be cheaper and quicker than the train, even if less comfortable. If you’ve got it in the budget, opt for the VIP buses as they’re less crowded and safer than local, express or second-class buses. Some of the most common bus routes in Thailand include:

By ferry: With the multitude of islands in Thailand, there’s a good chance you’ll need to take a ferry. Before you embark, be sure to check the safety records of your ferry company as there have been a number of fatal accident in recent years. If the island has an airport or land bridge connection, consider travelling by air or bus instead for safety.