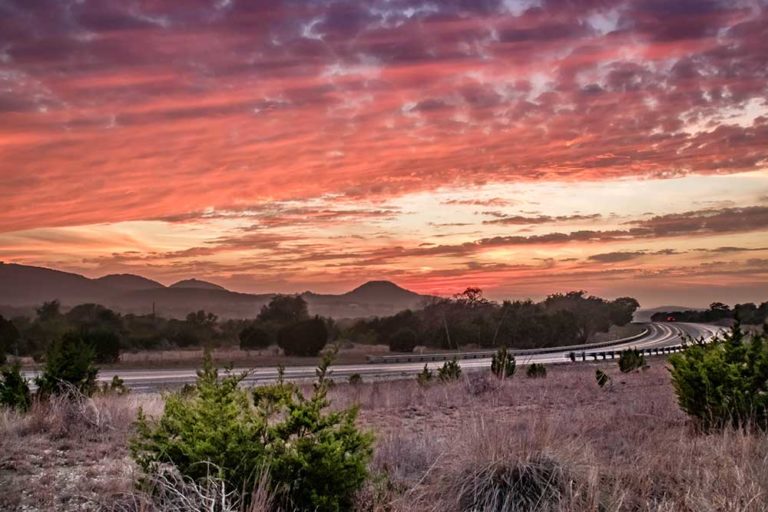 The second-biggest state in the United States, Texas is one of America’s most eclectic travel destinations. The Lone Star State offers travelers everything from historical sites to modern culture to pristine wilderness areas. Whether you’re looking for a laid-back vacation or a lively adventure, there’s plenty of fun to be had in Texas.

The Texan capital of Austin is famed for its annual SXSW festival and liberal viewpoints, amid a sea of conservatism. Within its happenin’ cultural scene, Austin hosts a slate of trendy restaurants, art galleries, and fun nightlife options, including some of the country’s most exciting music venues.

Tourists seeking out more urban cultural charms will also love exploring Dallas. Boasting a wealth of museums and galleries, Dallas is one of the country’s most surprising cities for culture lovers. Betwixt its refinement, you can also explore hip neighborhoods like Deep Ellum, Lower Greenville, and the Bishop Arts District.

For a taste of the state’s historic roots, save time in your Texas itinerary for San Antonio. There’s plenty in San Antonio to show off its over 300 years of existence. No attraction is more iconic, however than The Alamo, one of America’s most important historical sites.

Where to go in Texas

Sure, it’s known as the “Live Music Capital of the World,” but Austin is not just about music. The bustling capital of Texas has plenty more in store for travelers. 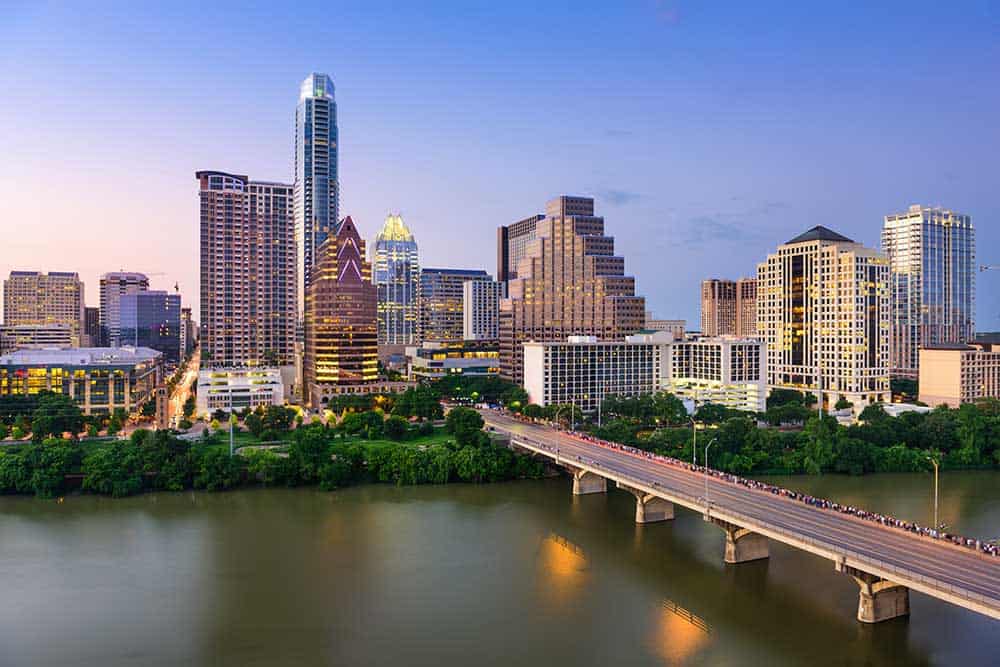 If you needed any proof, head to downtown Austin for a walk through the city’s bustling 6th Street Historic District. Featuring numerous shops, galleries, eateries, and rooftop bars, Austin’s historic center is the best place to get acquainted with the city.

Ready to plan your Austin trip? Check out these travel resources:

Dallas has long been a favorite urban escape for culture lovers exploring the American South. And it’s easy to see why. The state’s third-biggest city has all the right ingredients to make a great vacation destination: a bustling downtown, beautiful parks, museums galore, and some of America’s finest shopping districts.

Downtown Dallas is a lively mix of modern skyscrapers and historic buildings. Zip up to the observation deck of Reunion Tower, the city’s most iconic structure, for a sweeping 360-degree bird’s-eye view over the city.

If you’re looking for something a little different, head to Deep Ellum, a favorite Dallas neighborhood that’s been revitalized since the 1990s. In Deep Ellum, you’ll get to fill your evening bouncing between trendy eateries, bars, and clubs. 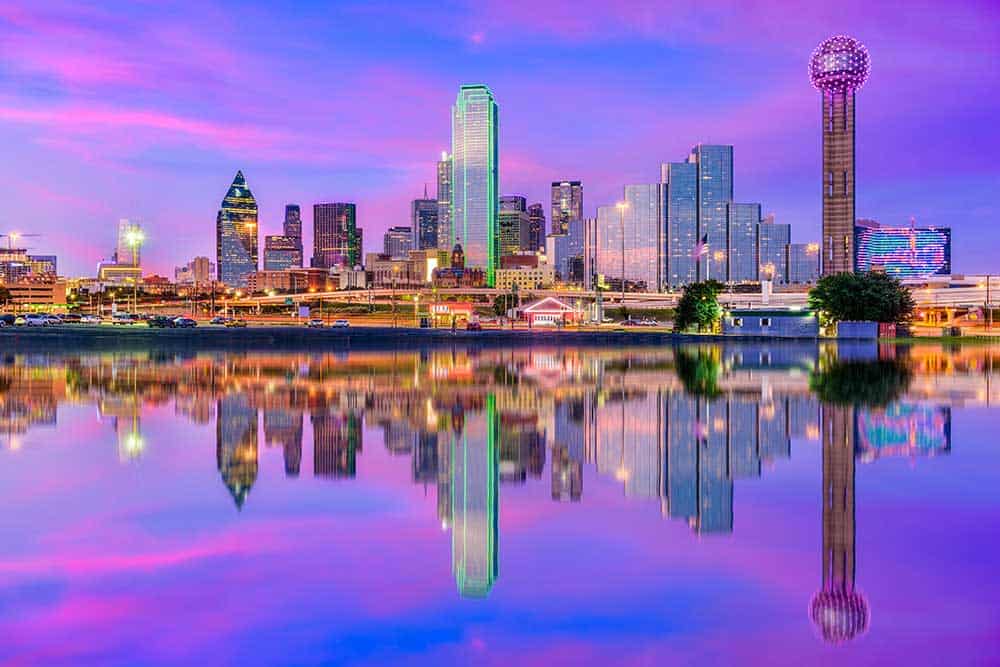 For a more refined taste of Dallas’ culinary prowess, hit up Uptown. The trendy area is filled with upscale restaurants, spanning everything from French bistros to sushi joints. Along McKinley Avenue, you’ll also find a barrage of boutiques split between the world of high-end fashion and modern country wear.

But Dallas isn’t only about food and shopping. The city’s got a thriving arts community, too. Check out the Dallas Museum of Art, which houses a huge collection of modern art. Or take in a show at the Dallas Theater Center.

Recharge the batteries with a stroll through Fair Park in South Dallas, where you’ll find the stately Cotton Bowl Stadium and the Texas Discovery Center botanical gardens, among other attractions.

Ready to plan your Dallas trip? Check out these travel resources:

With a rich history dating back to 1718, San Antonio has been around long enough to earn a spot among Texas’s best places to visit. And as the state’s third-largest city, it’s certainly big enough to make a lasting impression on travelers.

San Antonio is known for its Spanish Colonial architecture, including The Alamo. Built in 1718 as a Spanish mission, the fort was used as a military base until the fateful Battle of the Alamo. It’s since become the most important symbol of Texan independence. Today, visitors can tour the site and learn about the pivotal battle. 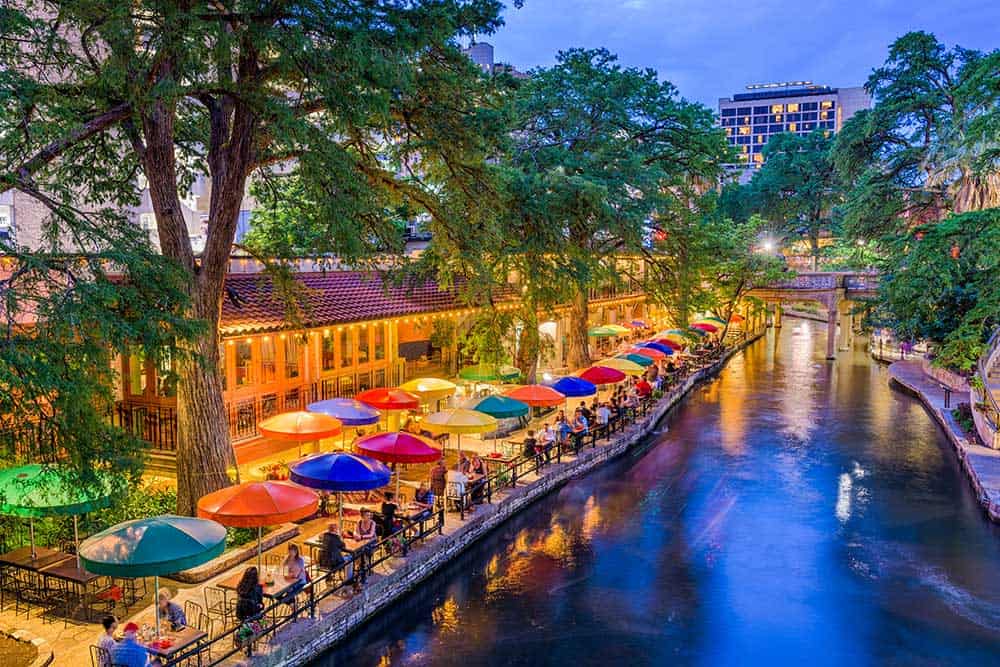 San Antonio is also home to many other historical landmarks, such as the River Walk, winding through the heart of downtown alongside the San Antonio River Walk. Amidst its bridges and walkways, you’ll find museums, parks, shops, and restaurants, serving some of the city’s famed Tex-Mex cuisine.

Ready to plan your San Antonio trip? Check out these travel resources:

Home to NASA’s Johnson Space Center, Houston has long been a center of aerospace innovation. And while it may not be as well known for its cultural scene as Austin, America’s fourth-largest city still boasts some fantastic attractions for culturally-minded travelers.

Houston is packed with hip eateries and trendy clubs. You’ll find many of them along Montrose Boulevard, just west of downtown, where the city’s artsy side comes alive after dark. 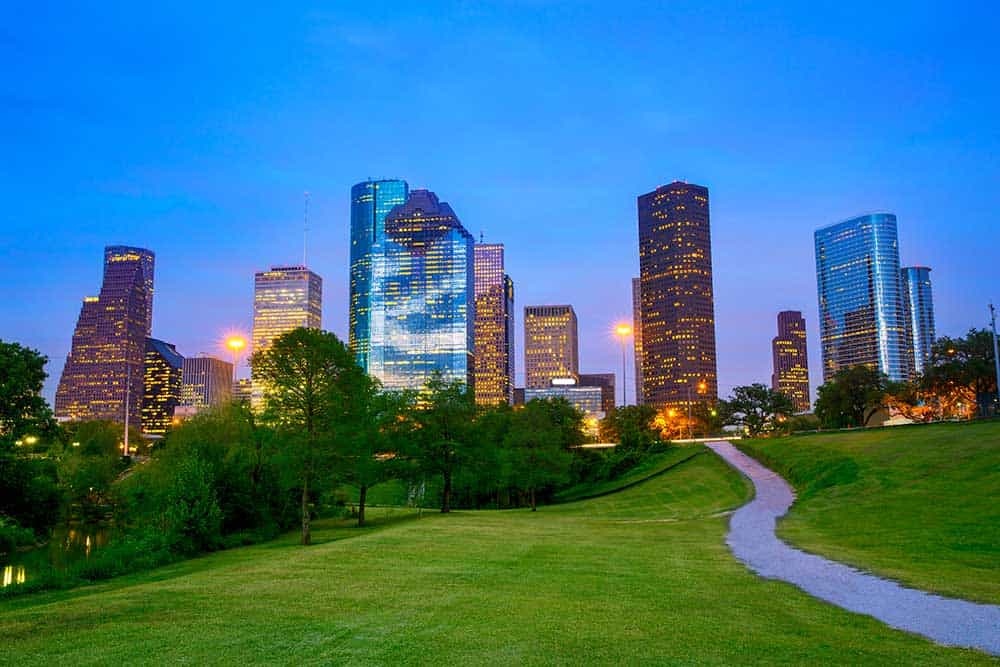 If you’re looking for something a little more low-key, head to the Museum District. Here, you’ll find 19 world-class museums, offering interesting exhibits that explore everything from natural history to contemporary art.

To escape the trapping of downtown, take a trip to Discovery Green, a lush 12-acre public space filled with fountains, walking paths, and art installations. It’s the perfect place to take a break from all the hustle and bustle of the city.

Ready to plan your Houston trip? Check out these travel resources:

When it comes to beach towns, Galveston has a lot going for it. The city’s white sands stretch across the shores of Galveston Island, a barrier island along the Texas Gulf Coast, for nearly 30 miles, making it one of the longest stretches of sand in the United States. 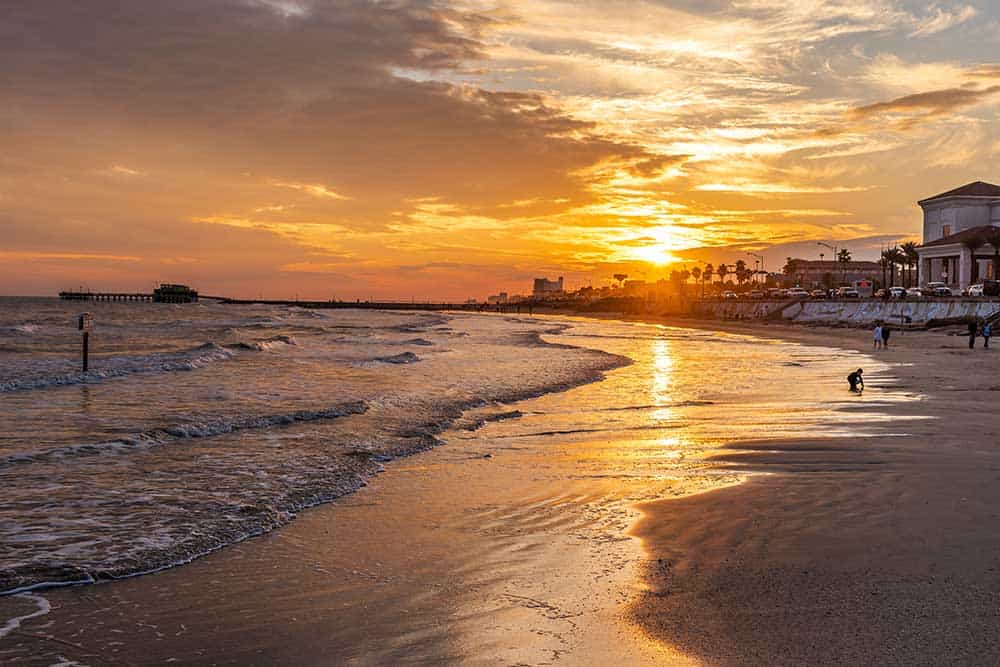 Galveston’s charms don’t end at its shoreline either. In addition to its beautiful beaches, Galveston boasts a thriving cultural scene. Spend the day exploring Galveston Island’s quaint shops or visiting museums dedicated to everything from oil rigs to the Old West.

When you’re ready to relax for the evening, Galveston Island offers the finest seafood in Texas, thanks to its prime Gulf Coast location. Choose from one of the many trendy restaurants strung out along Seawall Boulevard or around the Historic Seaport.

Ready to plan your Galveston trip? Check out these travel resources:

Other destinations in Texas 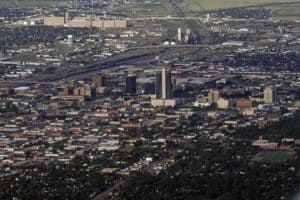 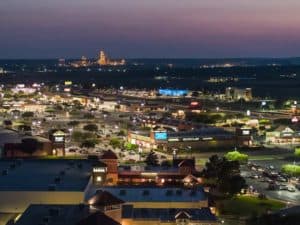 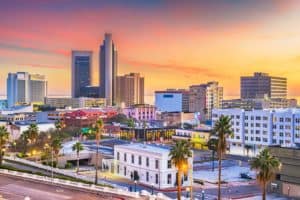 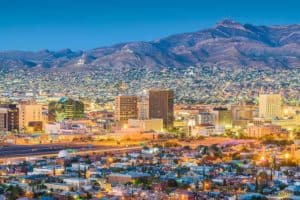 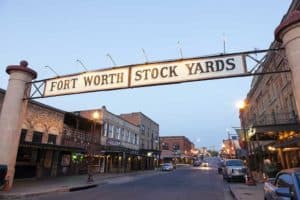 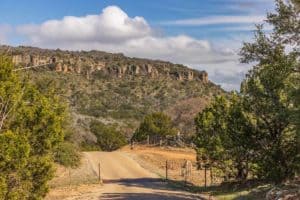 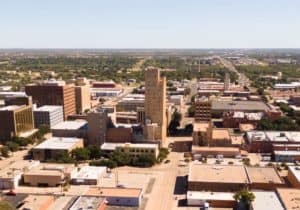 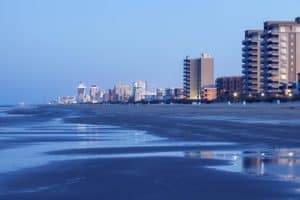 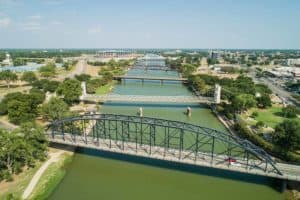 When to visit Texas

The best time to visit Texas is in early spring, from late March to April. Visiting in springtime, you’ll avoid the chillier winter months while escaping the dead heat of a Texan summer. The other bonus to traveling to Texas in spring is the chance to see the beautiful wildflowers in bloom. 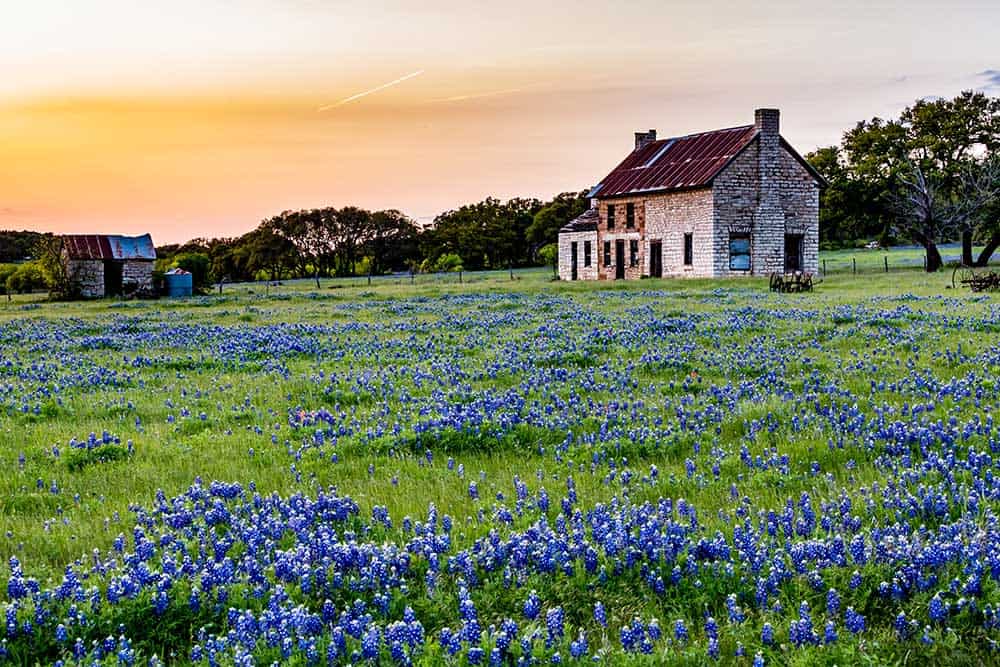 Along the Gulf Coast, hurricane season falls between June and November. You should also keep in mind that there’s always a possibility of tornadoes throughout the year in the inland. Peak tornado season in Texas falls between March and August.

How to get to Texas

Texas is home to several major international airports and small regional airports. Most travelers fly into Texas via one of the six largest airports:

Texas is well-connected by road to the neighboring states of Louisiana, Arkansas, Oklahoma, and New Mexico. Popular road routes into Texas include: