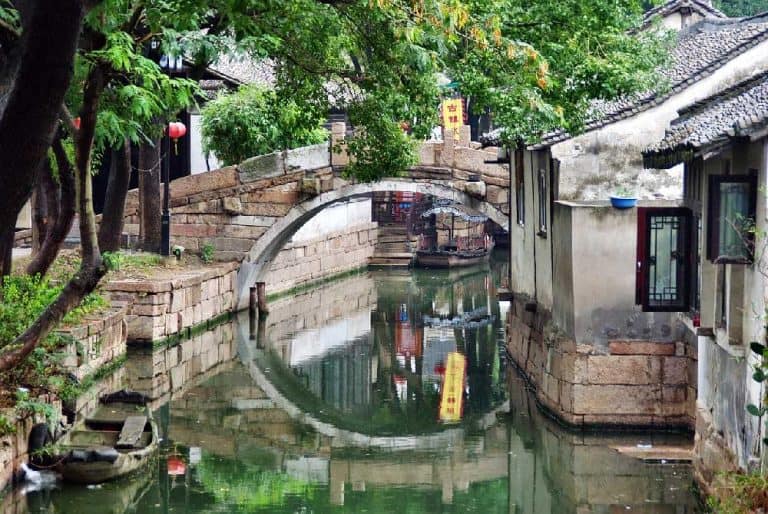 With hundreds of bridges, dozens of canals, and numerous gardens, Suzhou is the Venice of the East. The unique landscape makes it one of the most visited tourist destinations in China.

Historically, Suzhou was a place known to attract writers, artists, and aristocrats due to its numerous traditional gardens and collections of art. Recently, the city has begone to modernize and is one of the fastest-growing cities in the world.

While you could spend your trip riding boats along the canal, there are plenty of other things to do in Suzhou.

The city has several notable museums and sprawling garden complexes that maintain its historic allure. Since it’s also a fast-growing metropolis with millions of inhabitants, you’ll find shopping malls, high-end hotels, and other modern attractions too.

Not sure where to go? Begin planning your trip with this guide to the best Suzhou attractions…

Got more travel plans on the horizon? Check out all of our other attractions guides and our China Travel Guide for more ideas on where to go, when to visit & what to do!

What to do in Suzhou

Deciding what to do in Suzhou is easy. Visit one of the famous gardens, starting with the Humble Administrator’s Garden. The largest classical garden in the city is divided into three distinct areas.

The eastern part contains several buildings around a large lawn and pond while the central area features scenes surrounding the Surging Wave Pond that includes three fairy islands. The western garden is smaller and includes many carefully arranged mountains and rock features.

If you’ve only got 24 hours in Suzhou, start with this garden before exploring the rest of Suzhou Old Town. It’s in the northeastern edge of the district and within walking distance of other attractions.

Enjoy the canal and nightlife on Shangtang Street

Some of the top tourist attractions in Suzhou include the canals and Shangtang Street tops the list. Also known as seven-mile Shangtang, it’s a street located just west of the downtown area and connected to the various canals and rivers that run through the city. Basically, the street is a canal with narrow cobbled streets on each side. 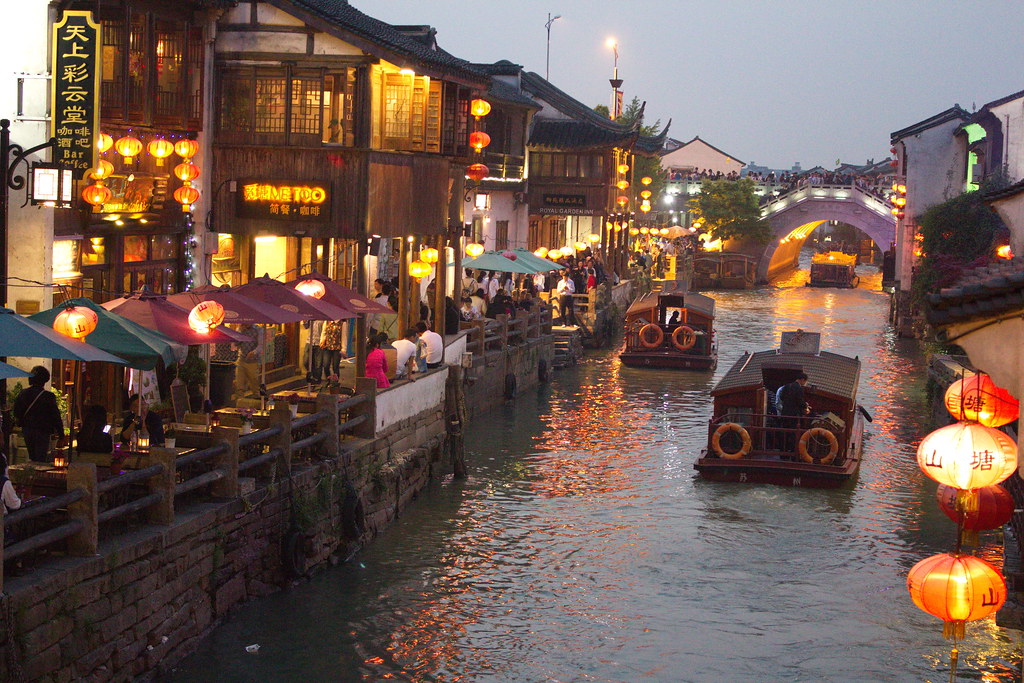 Shangtang Street is also among the best places to visit in Suzhou for nightlife and entertainment. The busy tourist area includes many bars, lounges, and clubs. It’s especially enchanting in the evening with the lights reflecting in the water of the canal.

Ride a boat down the canal next to Pingjiang Road

Pingjiang Road is another of the top points of interest in Suzhou and the second-most visited canal after Shangtang Street. It tends to attract fewer tourists compared to the busier canal, making for a more leisurely experience. As with Shangtang Street, it’s a well-preserved historic district with shops lining both sides of the canal. 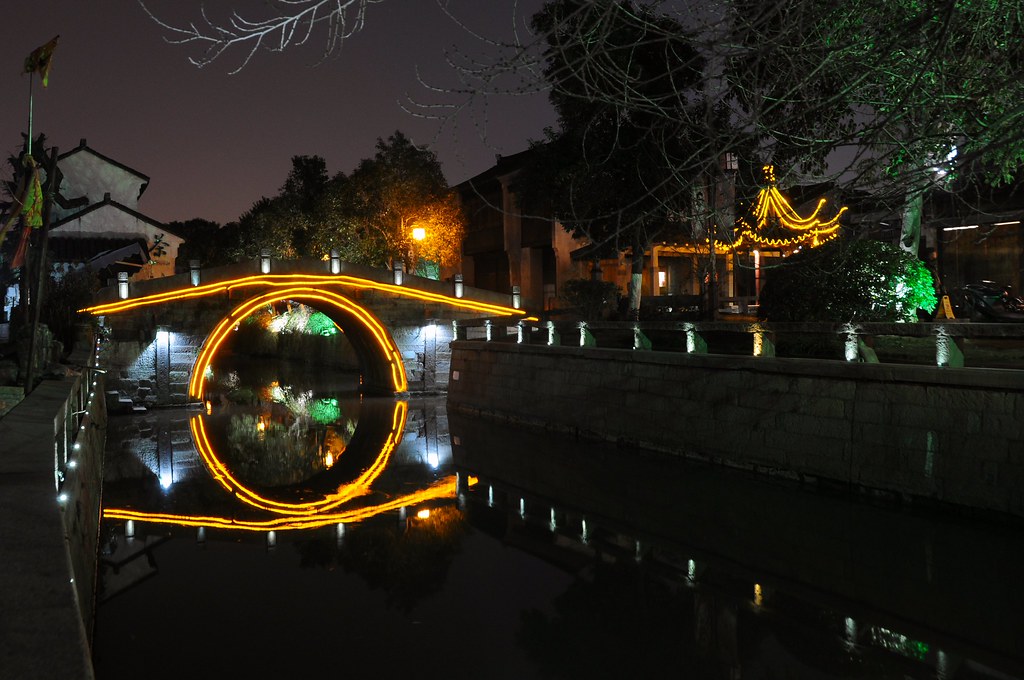 If you start near the northern or southern end of the canal, you’ll often find boat rides that take you up and down the river. You can also walk the narrow roads on either side, giving you a chance to stop in the various shops.

Examine ancient artifacts with a tour of Suzhou Museum

If want to know where to go in Suzhou for history and culture, Suzhou Museum is a great choice. It’s a large museum with hundreds of thousands of Chinese artifacts including ancient crafts and calligraphy. The display area covers over 2200 square metres. You’ll see some of the oldest collections in China, including items from the Song, Ming, and Qing dynasties. 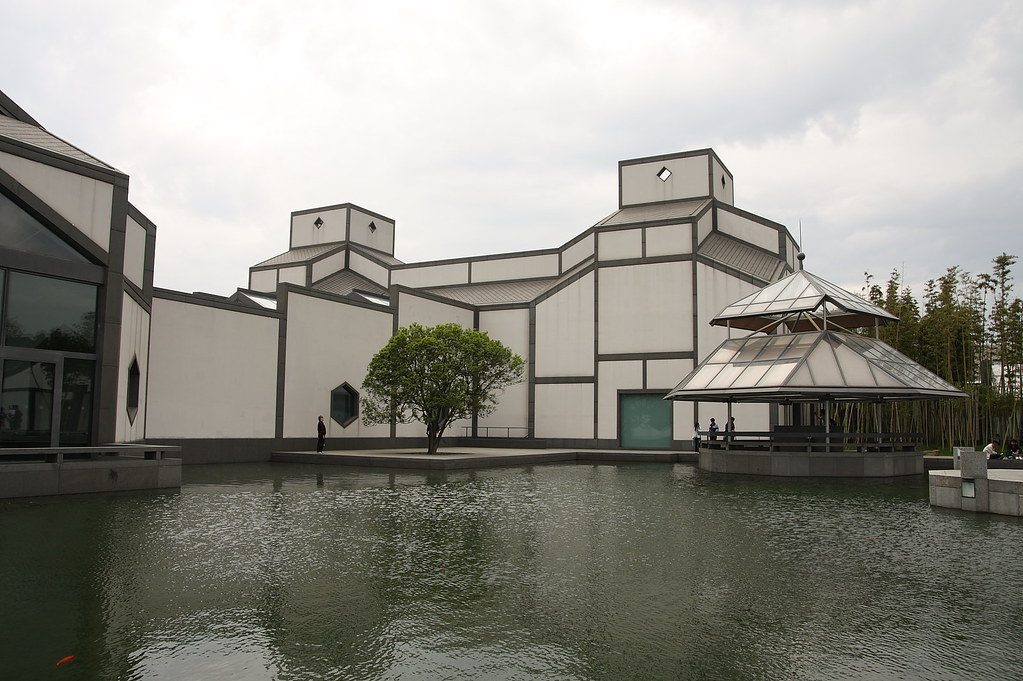 Admission to the museum is free and it becomes more crowded throughout the day so visit early. While admission is free, the museum offers paid guided tours. If you want to know more about the artifacts housed in the museum, it’s worth the price but you need to reserve your spot in advance.

Listen to the ringing of the bells at Hanshan Temple

Your China itinerary should include at least one temple and Hanshan Temple stands out at the most impressive choice in Suzhou. The Buddhist temple and monastery are east of Suzhou Old Town. It’s named after a famed poet and monk. In fact, one of Hanshan’s poems is part of the school curriculum in China and Japan. 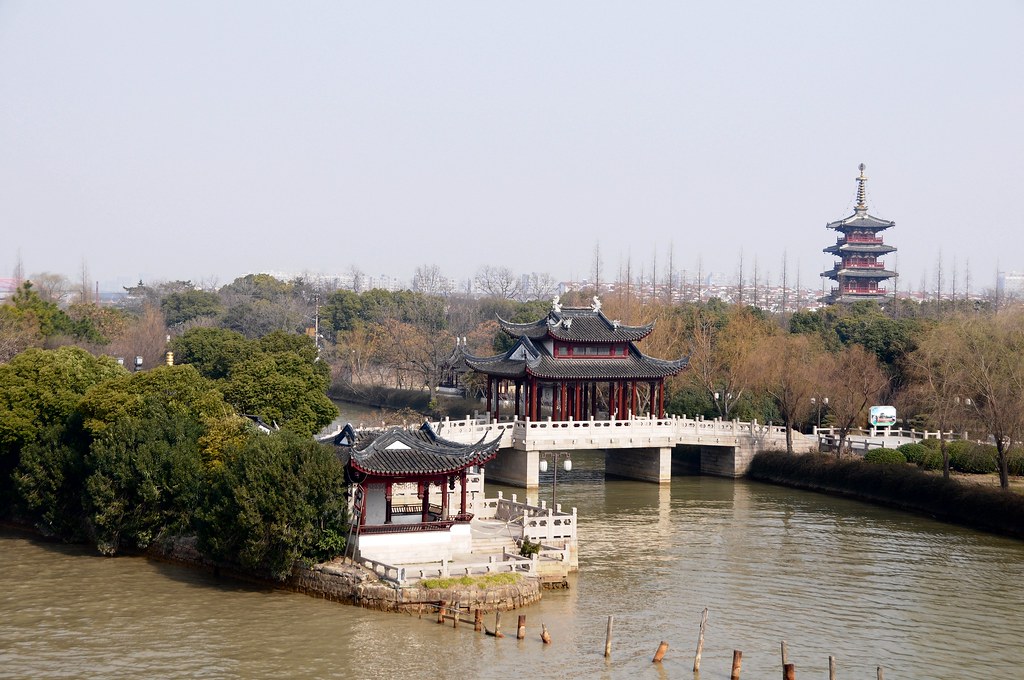 The temple features several structures including the Grand Prayer Hall and a five-story pagoda. The prayer hall was built hundreds of years ago but the pagoda was erected in 1995. If you’re visiting during New Year’s Eve, it becomes incredibly crowded as the ringing of the bells is an annual tradition that attracts thousands of locals and tourists.

Make sure that you add Jinji Lake to your Suzhou sightseeing tour. The small freshwater lake is in the centre of Suzhou Industrial Park. It’s a shallow lake and the largest in the city. While you can find water activities such as boat rides across the lake, the attractions around the lake provide the main reasons to visit. 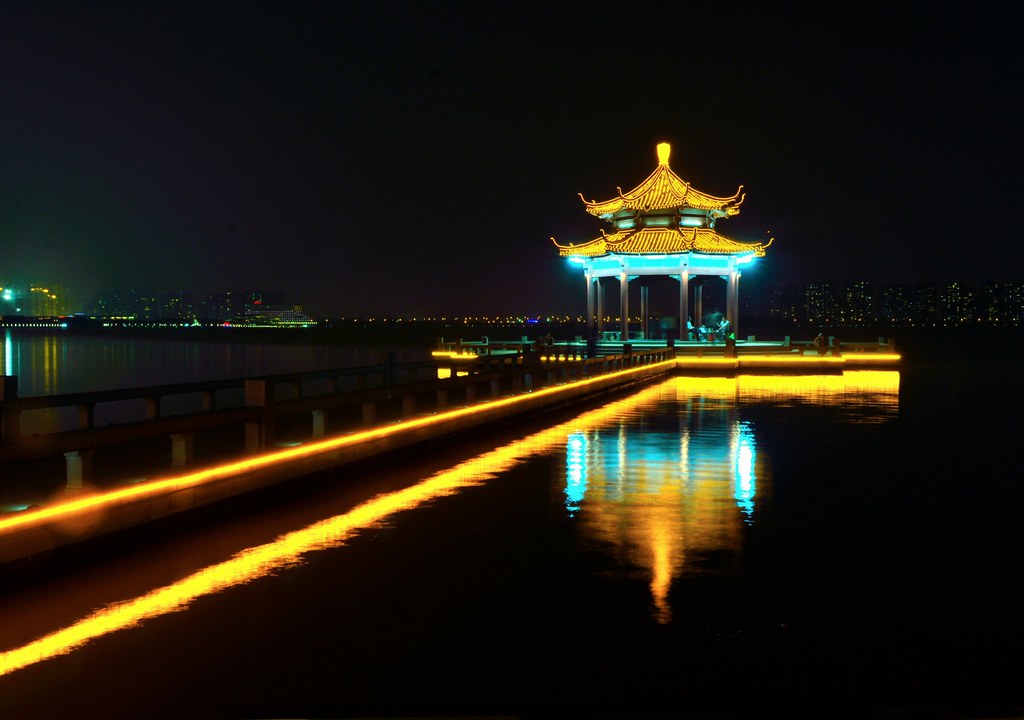 Marvel at the height of the Tiger Hill Pagoda

Tiger Hill Pagoda is one of the Suzhou points of interest that you don’t want to miss. The leaning seven-story pagoda was built during the 10th century and rebuilt in 1871 but it’s undergone damage that causes the pagoda to slowly slant to the side. Unfortunately, due to the gradual decline of the structure, you can no longer travel to the top of the pagoda. 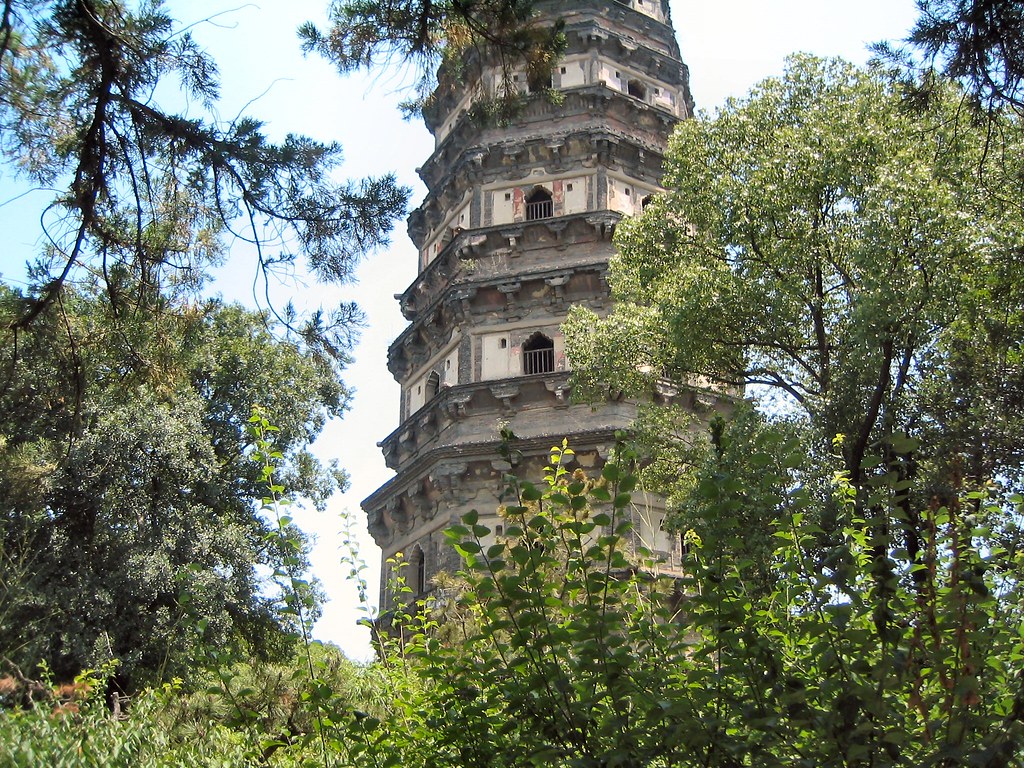 You can explore the area around the pagoda and snap pics. The pagoda sits on a hill with 18 different scenic spots and several additional attractions. Besides the pagoda, you can explore Lu Yu Well and the Spring of Simplicity and Honesty.

Travel the canals and bridges of Nanxun Old Town

With so many things to see in Suzhou, it’s easy to overlook some of the attractions outside of the downtown area, such as Nanxun Old Town. Also called Nanxun Water Town, it’s retained most of its original features and culture including wide canals, bridges, and ancient buildings. It’s also one of the least-visited water towns in China so you have fewer crowds to deal with.

You’ll get more of an authentic experience in Nanxun compared to other water towns. As you ride down the canals, you’ll see locals washing their clothes in the river or sipping tea from seating areas in their backyards.