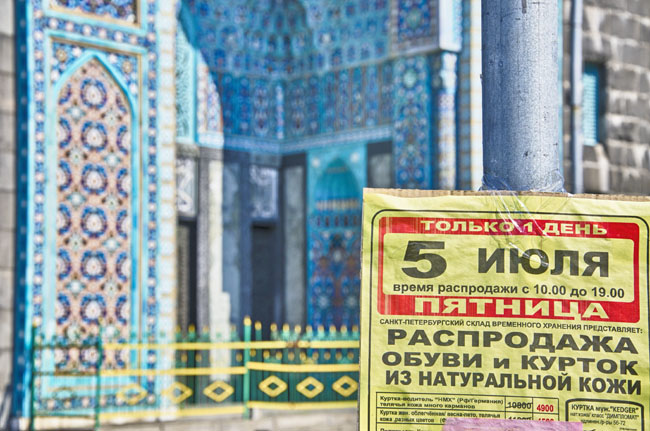 Growing up with two Ukrainian grandmothers, Eastern Europe is literally in my blood.

And in my stomach.

Weekends spent stuffing my face with perogies, cabbage rolls, and borsch were not uncommon. So when it came time to head to Russia, I wasn’t completely in the dark; I had a small idea of what would await me in the Russian kitchen.

But I wanted to try something new, something completely different—and Russian food just wasn’t going to cut it.

Then it hit me.

I was standing in the former Soviet Union, a vast and diverse territory that once stretched from Europe through the Caucasus and Central Asia. Surely, the exotic tastes of countries like Uzbekistan, Azerbaijan, Georgia, or Armenia could not have been lost on the Russian palate?

Finally, I found a worthy culinary quest: I simply had to try Central Asian food.

The Search for Central Asian Food in St Petersburg

From the moment I unloaded my bags, I yearned for a challenge that would feed me into the dark recesses of Petersburg to clobber my craving. But about one block in, I knew my epic adventure would be doomed: Central Asian restaurants in St Petersburg were about as rare as Irish pubs in Dublin.

In the end, a good thing I suppose. St Petersburg’s diverse restaurant scene covers the whole gamut of Central Asian and Caucasian cuisine—Uzbek, Azeri, Armenian, Georgian, even Tajik or Kazakh if you dig a little—all within mere blocks of Nevskiy Prospekt.

My first, and favourite, stop on my self-crafted culinary tour was Kavkaz-Bar (Кавказ-Бар) on Karavannaya (Караванная), a Caucasian and Central Asian restaurant with a wide range of dishes spanning from Georgia all the way to Uzbekistan.

Flipping through the menu for the first time, one dish instantly grabbed my attention: khachapuri. Needing absolutely no modifications to fit Western taste buds, khachapuri is a Georgian suluguni cheese pie best described as the offspring of a mozzarella stick and a croissant—on steroids. Not a tough sell for most of us. 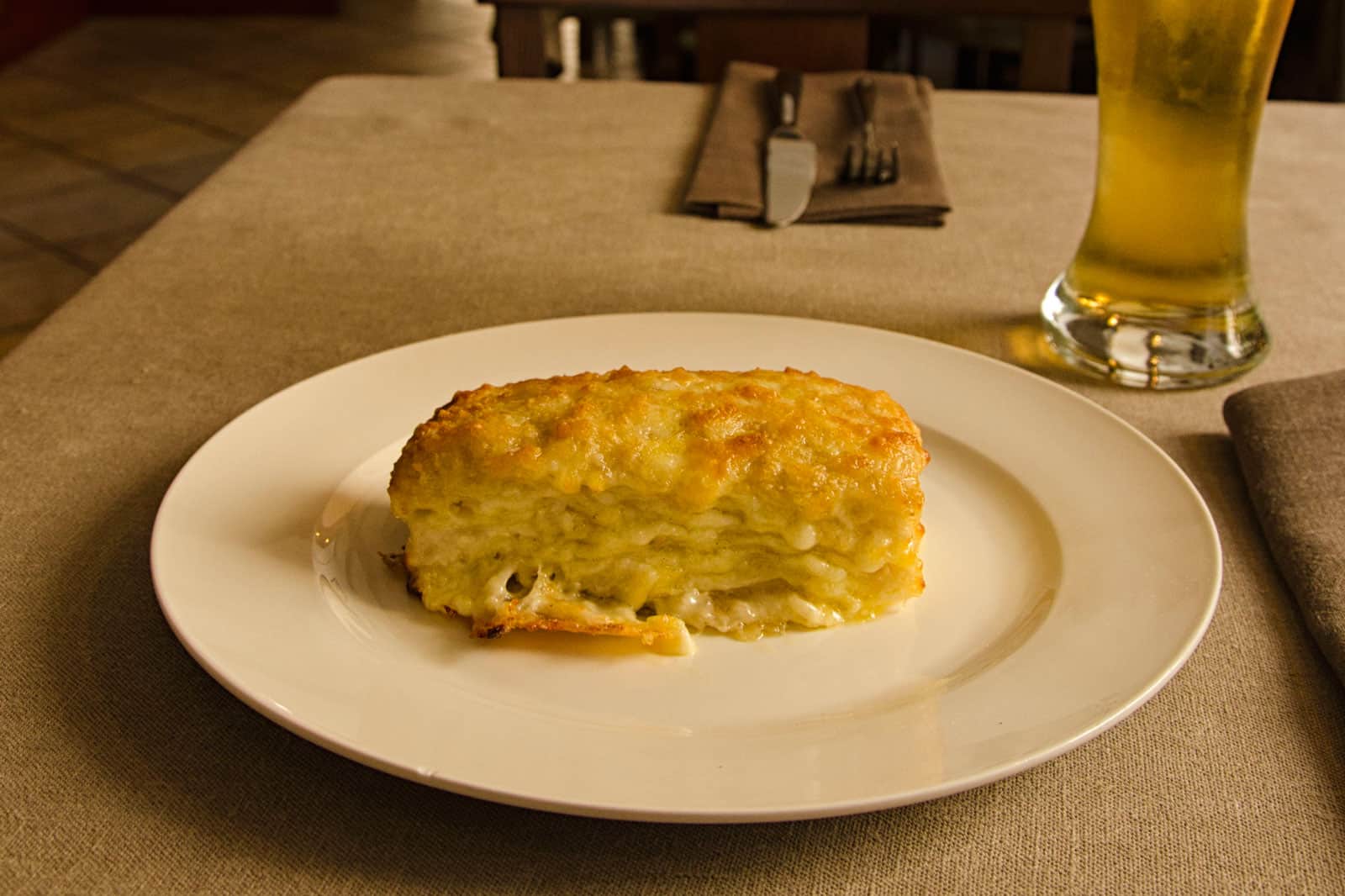 Khachapuri is what dreams are made of. Suluguni, the Georgian cheese packed into the pastry, tastes (and melts) similar to mozzarella with a feta-esque saltiness. Truthfully, if there’s a more fulfilling and filling appetizer on earth, I’ve yet to indulge in it. But I couldn’t quite stop there.

Next up for my taste buds at Kavkaz-Bar was lagman, a thick Uzbek lamb and noodle soup. Unlike anything I’ve ever tasted, lagman combines both common and atypical Asian spices to create a whirlwind of unique fragrances and flavours. In the aromatic broth, Uzbek chefs simmer vegetables like onions, carrots, and red peppers, along with tender chunks of lamb and homemade noodles (similar in texture to Japanese udon) to perfection, resulting in a soup worthy of the title “masterpiece.” 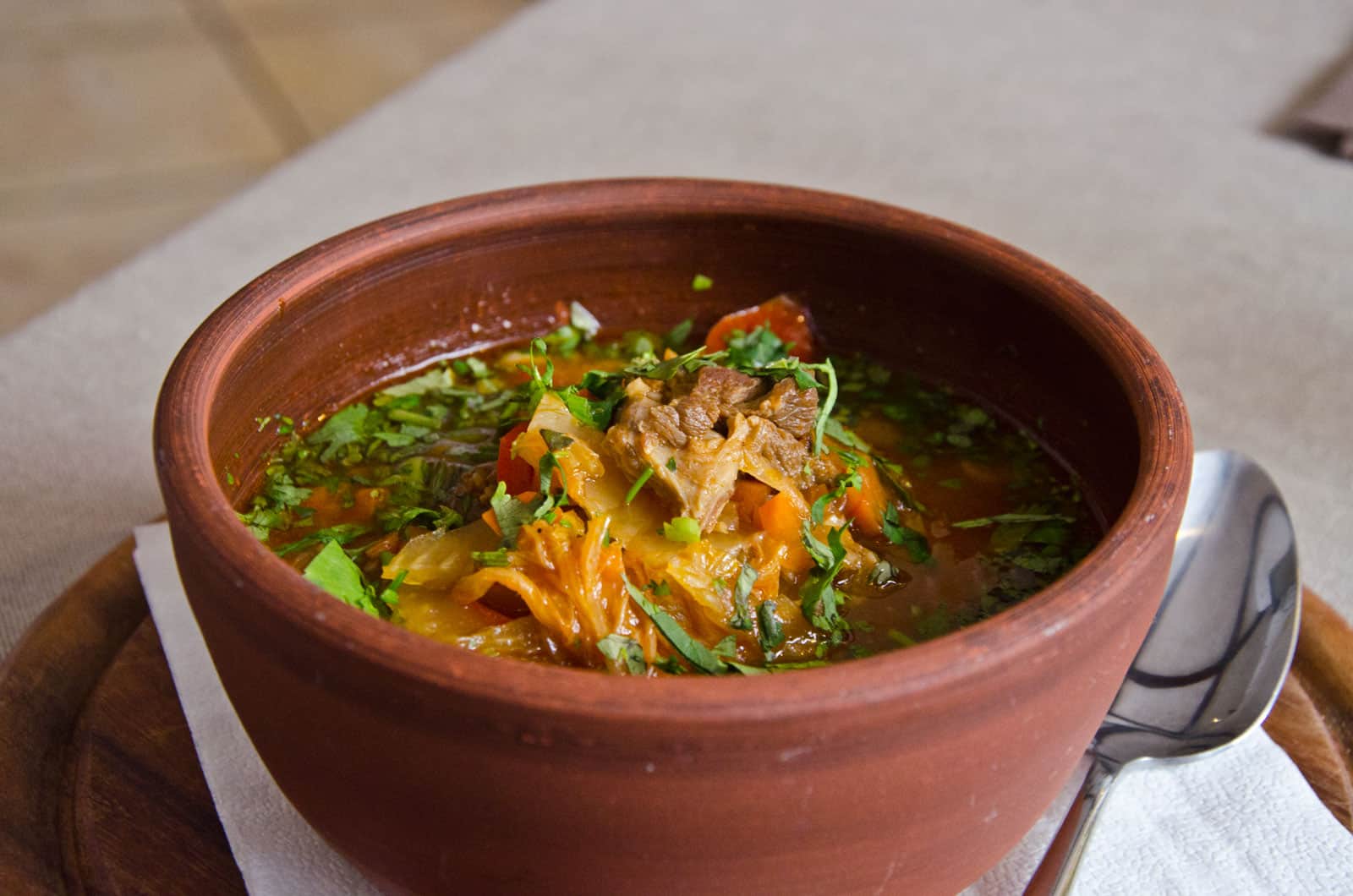 With a larger wallet and a much larger stomach, I probably could have gorged myself with Central Asian and Caucasian food for three consecutive days. But as a mere mortal (and a world-class cheapskate), I knew my gluttony would have to wait for another day.

In addition to khachapuri and lagman here are few Central Asian and Caucasian dishes that caught my eye (or tantalized my taste buds later on): 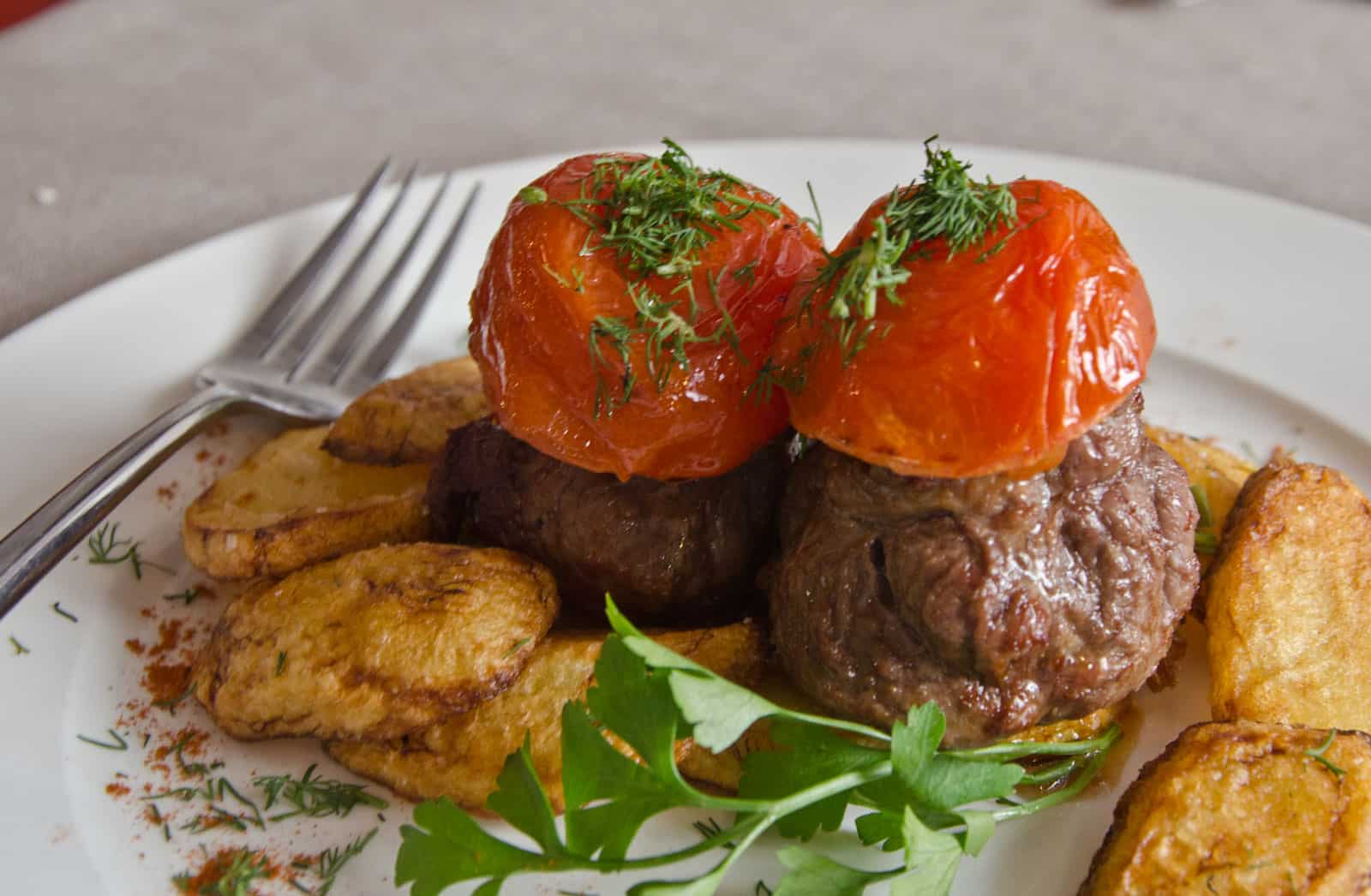 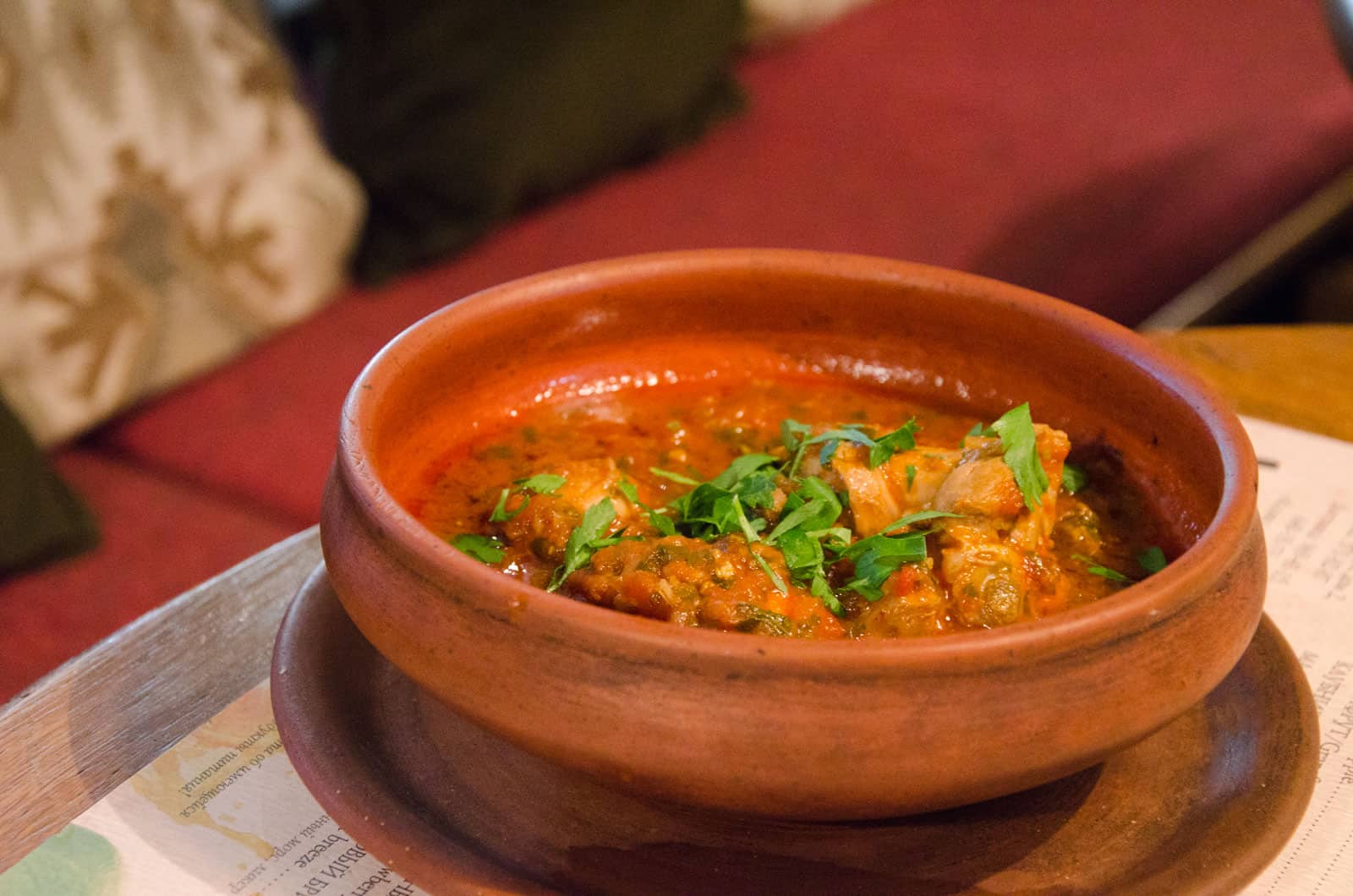