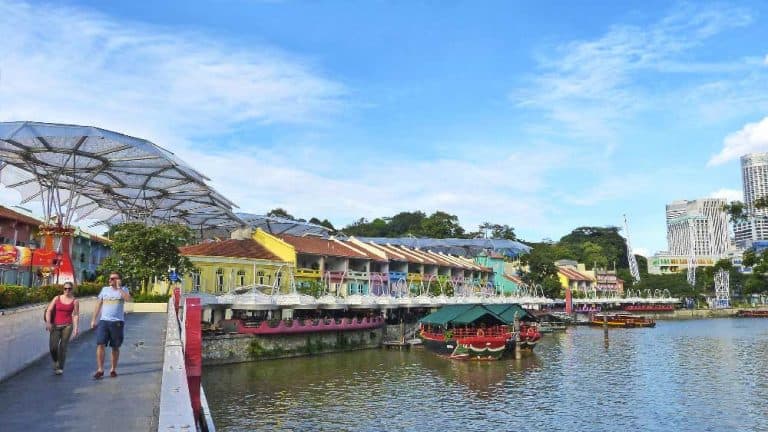 Few places in Singapore are more charming than Clarke Quay. The colourful historic area hugs the banks of the Singapore River north of Chinatown. It’s an absolute must-visit if you’ve got a trip planned to the Lion City.

Throughout its long history, Clarke Quay has become one of Singapore’s bonafide favourite hangouts. It bursts at the seams with hip cafés, and riverside restaurants. Most famously, the neighborhood is home to some of the city’s most vibrant nightlife.

Ready to start exploring this eclectic riverside district? Get your bearings with this complete guide for what to do, where to eat & drink, and where to stay in Clarke Quay, Singapore.

What to do in Clarke Quay

Thanks to its central location, you’ll never find yourself bored hanging out around Clarke Quay. It’s steps away from both Chinatown and Marina Bay, two of Singapore’s coolest areas.

Clarke Quay is within walking distance of many of Singapore’s top tourist attractions. But don’t let it distract you: There are plenty of great things to see & do in Clarke Quay itself!

Embark on a Singapore River cruise

Tiring of the bustle of central Singapore? Take a breather with a relaxing cruise along the Singapore River. Clarke Quay is the most well-known and developed of all the historic riverside quays. It’s also the most common first port of call for a Singapore River Cruise. 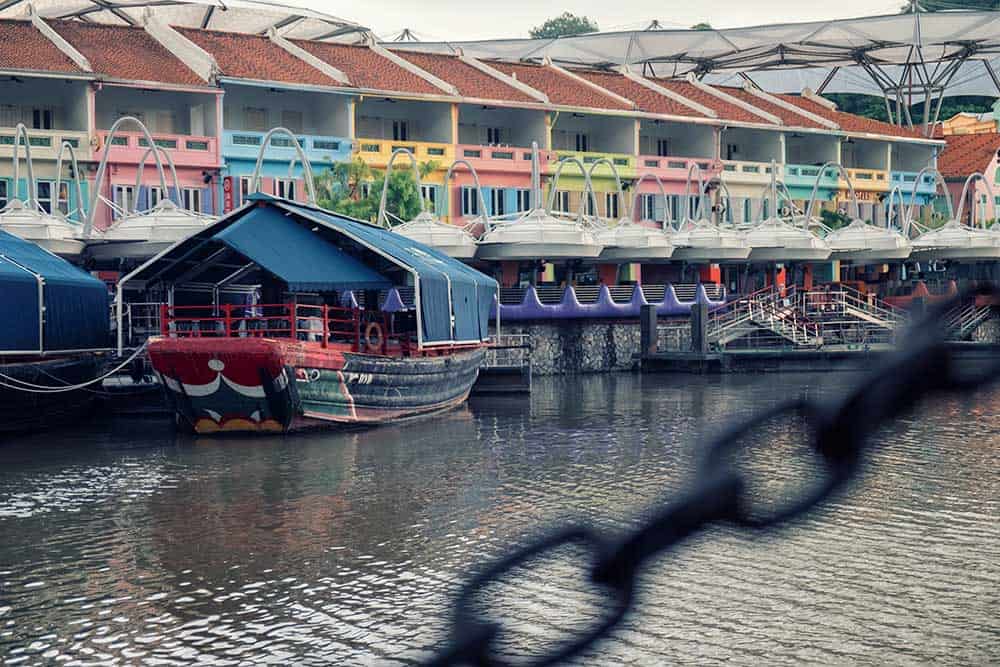 The cruise drifts alongside the riverbanks through the other two main riverside quays—Boat Quay, Robertson Quay. After taking in all their colourful charms, it sails into Marina Bay.

On a Singapore River cruise, you’ll duck under a few of Singapore’s most important historical bridges. Keep on the look out for Cavenagh Bridge. It’s one of the oldest bridges in Singapore and the city’s only suspension bridge. You’ll also pass by the colonial-era Anderson Bridge, a national monument of Singapore.

On the cruise, be sure to always catch a glimpse of Makansutra Gluttons Bay and Esplanade – Theatres by the Bay. The iconic Merlion statue, located at the mouth of the river, is also on route.

PRO TIP: Want to save time? Combine a visit to Chinatown, Clarke Quay, and a Singapore River cruise on the Singapore Chinatown Night Tour!

Breathe in some fresh air at Fort Canning Park

Looming north of Clarke Quay, Fort Canning Park is a wonderful escape from Singapore’s downtown core. As you trudge up through this hilly park, you’ll spot locals jogging and walking their dogs.

In general, Fort Canning Park is a great place to relax to the sounds of the city drifting into the background. Spend some time here dousing yourself in the serene atmosphere and meandering through the park’s lush network of gardens. 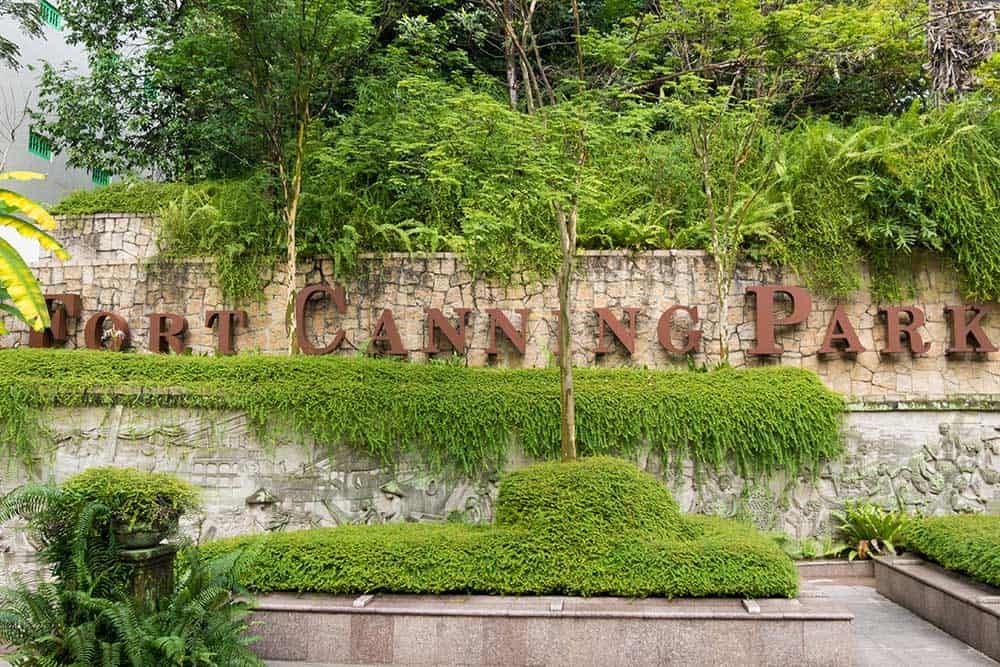 Aside from enjoying chill-out time, Fort Canning Park is a must-see for history buffs. The hilltop was once home to royal palaces. More recently, the park served as the base for the British Army’s command centre, nicknamed the Battle Box.

Get the adrenaline pumping at G-Max Reverse Bungy

While most scoot over to Clarke Quay to eat, drink, party, and socialize, more adventurous travellers aren’t forgotten either. To add a dash of excitement to your visit, strap yourself in for the ride of a lifetime at the G-Max Reverse Bungy.

The gravity-defying ride reaches a speed of up to 200 kilometres an hour. It jolts you hundreds of feet into the air and back down again—and again and again! Ever wondered what it would feel like to be a bouncing ball? Look no further!

Warning: This G-Max Reverse Bungy ride isn’t for everyone. Even if you fancy yourself a rollercoaster pro, this one may still scare the pants off of you!

Step back in history at the Old Hill Street Police Station

Snuggled at the base of Fort Canning Park, The Old Hill Street Police Station is bound to catch your eye. It’s front-and-centre as you stroll towards Clarke Quay from the MRT station. 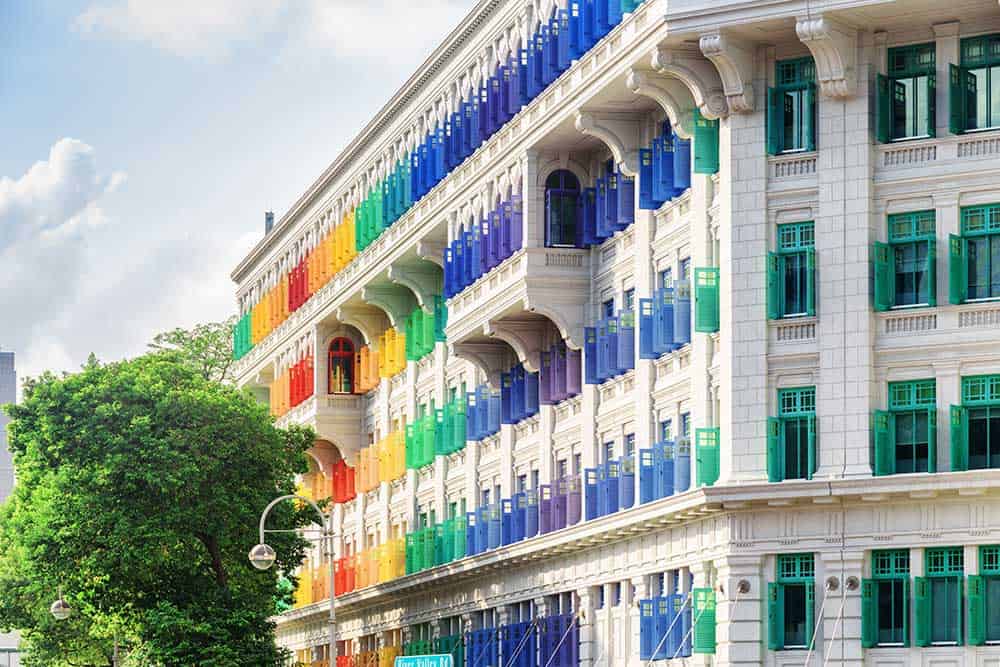 The historical building was built during British colonial rule, harkening back to 1934. Today, The Old Hill Street Police Station is most famous for its eye-catching & colourful Neo-Classical façade. (Even if its cheery style betrays the building’s “greyer” past as the home to the city’s first jail.)

Art lovers will discover particular interest at The Old Hill Street Police Station. The main courtyard has been recently converted to an air-conditioned atrium. The ARTrium hosts several art galleries. You’ll also get to enjoy regular performances and events here.

Where to eat in Clarke Quay 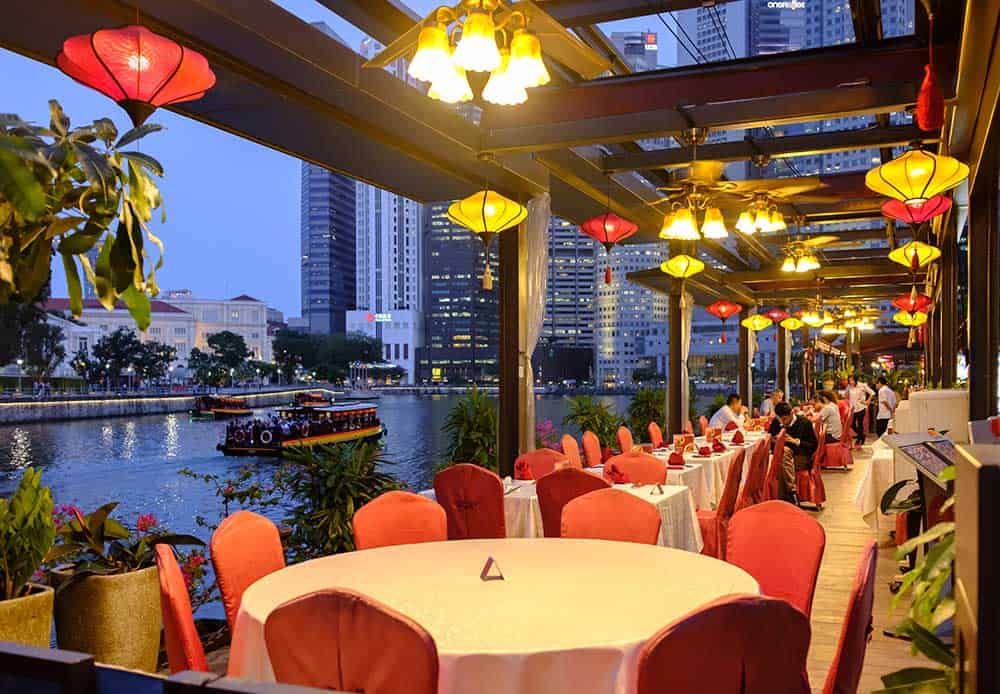 Even more so than eating, Clarke Quay is most famous for its bars & clubs. It’s one of the premier nightlife hotspots in Singapore. Clarke Quay attracts well-to-do patrons from across the entire city-state. 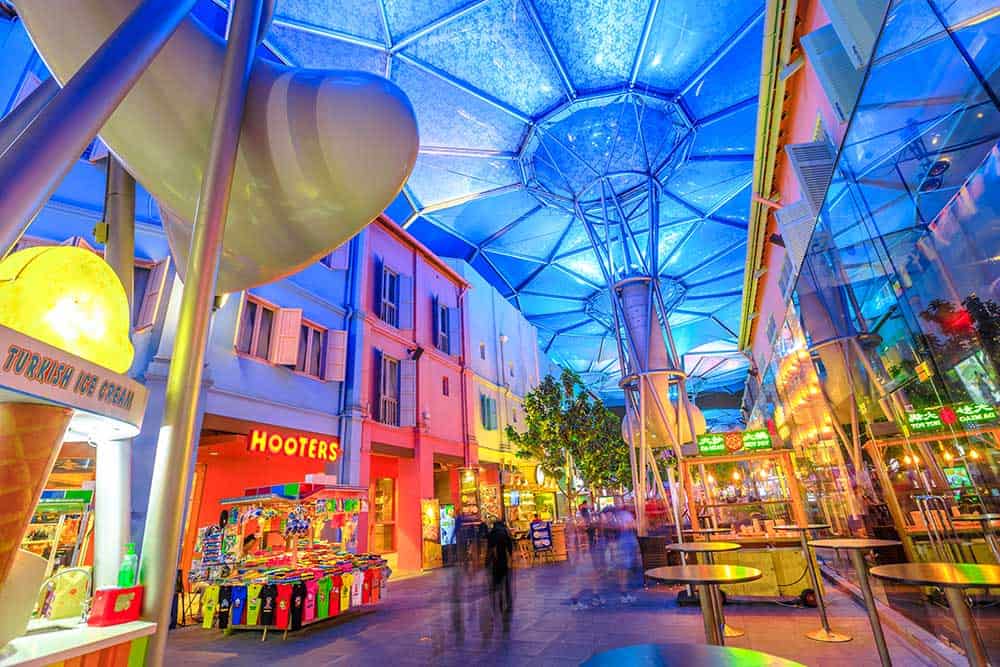 Need ideas for where to drink in Clarke Quay? Here are a few of the area’s top nightlife picks…

Where to stay in Clarke Quay

Thanks to its central location, Clarke Quay is one of the best areas to stay in Singapore. There’s a wide selection of accommodations in & around the area. You’ll find choices to suit nearly every budget here. Here are a few of the best hotels in Clarke Quay to start your search…

Clarke Quay is located north of Chinatown in Singapore’s downtown core. By public transportation, the closest MRT station is Clarke Quay MRT. From Exit C, it’s less than a 5-minute walk to the area via Tew Chew Street and Read Bridge.