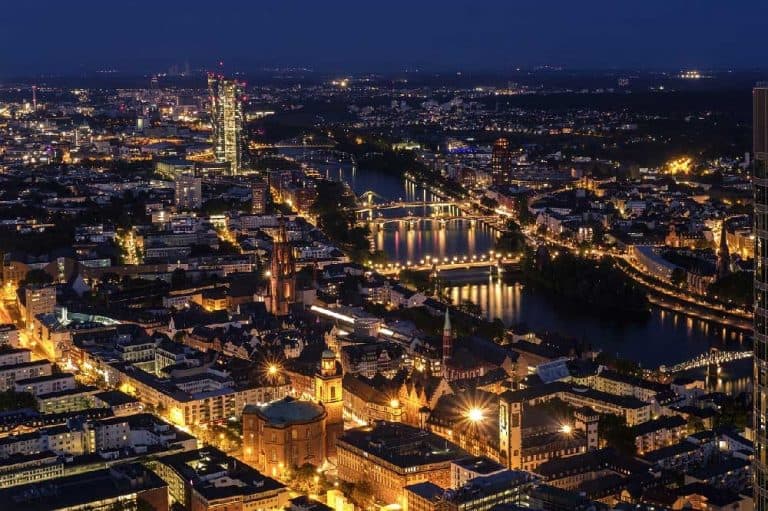 The futuristic skyline of Frankfurt symbolises its importance as a financial hub. It’s one of the most visited travel destinations in Germany for business travellers and often overlooked by vacationers.

Whether you’re visiting for business or pleasure, one day in Frankfurt gives you enough time to see most of the metropolis.

Located on the banks of the River Main, Frankfurt is an underrated gem. There’s more to this city than business, including a trip to a historic neighbourhood and a ride on a riverboat. Known as “Mainhattan”, the business hub is home to one of the world’s largest stock exchanges. It’s a financial powerhouse that attracts thousands of business travellers each year.

Yet, it’s a charming city full of tradition. It offers lovely riverside paths, world-class shopping and a quaint old town waiting to be explored.

Not sure where to go? Start planning your trip with this complete 1-day Frankfurt itinerary…

What to do in Frankfurt in 24 hours: A complete one-day itinerary

While one day gives you enough time to see a lot of the city, you won’t see everything. Frankfurt has over 30 museums in an area covering a little over two square kilometres.

As with most of our travel itineraries, this Frankfurt itinerary takes you across the core of the city. You’ll get to visit modern and historical museums, high-end shops and boutiques, and a variety of restaurants.

You can cover most of the city on foot as many of the top things to do & see in Frankfurt are within walking distance of each other. Let’s get started.

Get some fresh air as you walk through Wall Park

You’ll start your 24 hours in Frankfurt in the sprawling Wall Park (Wallanlagen). Wall Park covers a five-kilometre stretch of land around the border of the city centre. 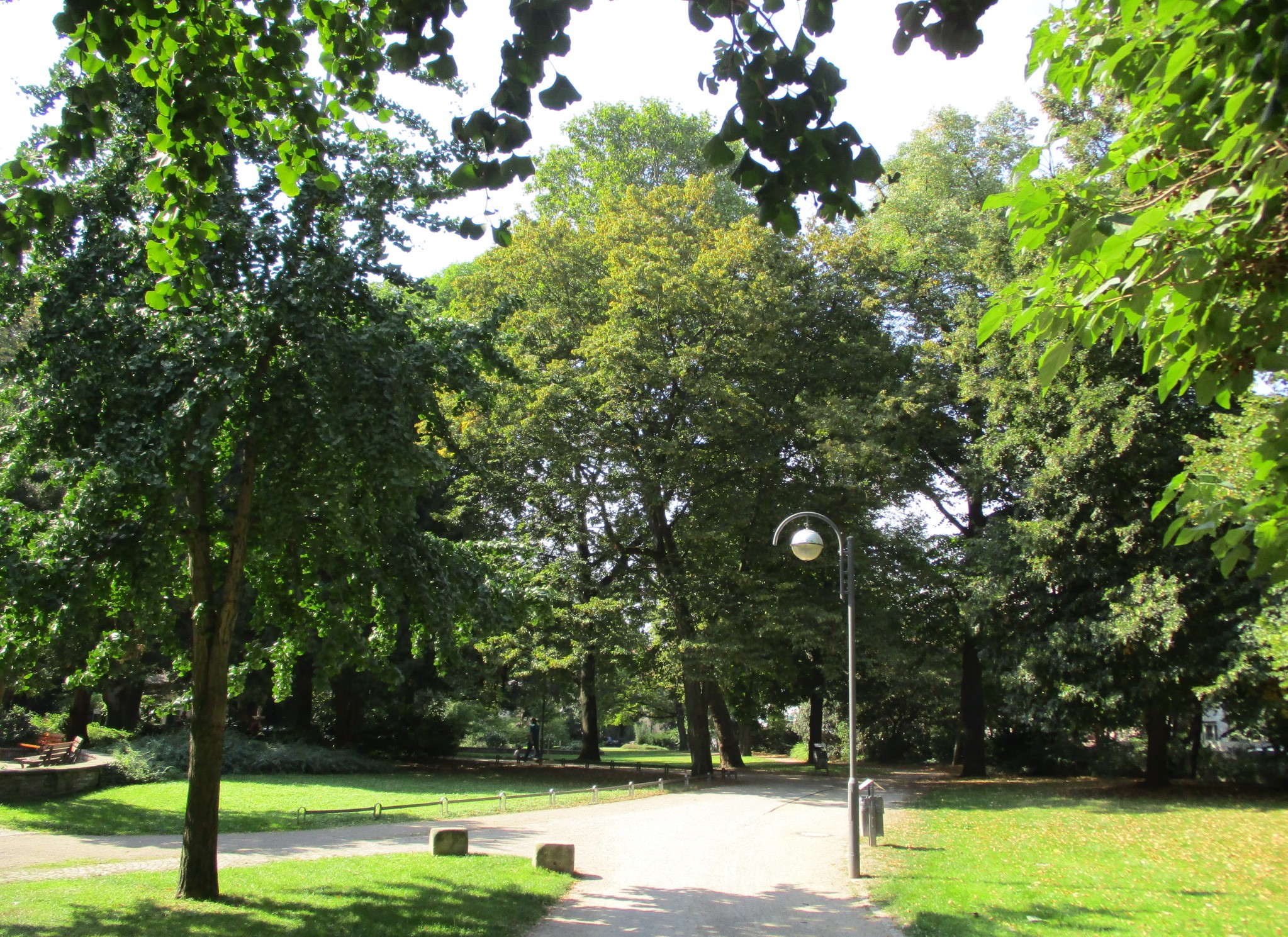 You won’t walk the entire park. Start at Bockenheimer Anlage, named after one of the former city gates. It’s at the northern end of the city centre just past the main shopping district.

Enjoy the fresh air and scenery as you work your way west across the park. You’ll pass a large pond and forested areas with parts of the modern skyline peeking through the trees.

Continue west through the park until you see the top of the Old Opera House. As you exit the park, you’ll find a street lined with cafes, bakeries, and restaurants.

Stop inside one of the bakeries or cafes for a quick breakfast or a cup of coffee.

Finish your meal or drink on the go as you walk toward the Old Opera House. As it’s morning, the opera house isn’t open for viewing but you can appreciate the exterior.

Destroyed by Allied bombing during World War II, the opera house was carefully reconstructed in the early 1980s. It’s an ornate building with lots of detailing to admire in the architecture.

The tower opens at 10 am. By the time you finish walking through the park, the doors should be open to the public. Ride the elevator to the top and check out the panoramic view of Frankfurt.

You can spot many of Frankfurt’s hot spots from the observation deck. If you look southeast, you should see the River Main and a few of the old cathedrals near the riverfront.

The Main Tower also has its own restaurant. If you’re feeling peckish, stop in for a bite or a pint of German beer. Expect relatively high prices and a long wait.

Shop the upscale stores and boutiques on Zeil Strasse and Goethestrasse

When you get back to the ground floor of the Main Tower, the main shopping streets are just a few blocks away.

Frankfurt has many shopping districts and a massive selection of stores, from small independent boutiques to high-end designer shops. Get your shopping out of the way during the middle of the day before some of the streets become unnavigable due to crowds of tourists.

First, travel to Goethestrasse. It’s two blocks to your north, halfway between the tower and the opera house. This stretch of road contains the most upscale shops in the city. You can find name-brand designers and the latest styles.

If the prices are too steep, you may prefer the department stores found on Zeil Strasse. It’s a short walk directly to your east.

This pedestrian-only street is lined with shops and restaurants. It’s also the perfect spot to grab lunch. As you walk Zeil Strasse, let your appetite guide you to one of the many authentic German restaurants and pubs. Enjoy a traditional meal of sausage or brats and wash it down with a dark ale.

After you finish shopping your way through Zeil Strasse, start walking south until you reach Kleinmarkthalle. It’s a 1500-square-metre indoor hall with over 150 stalls. 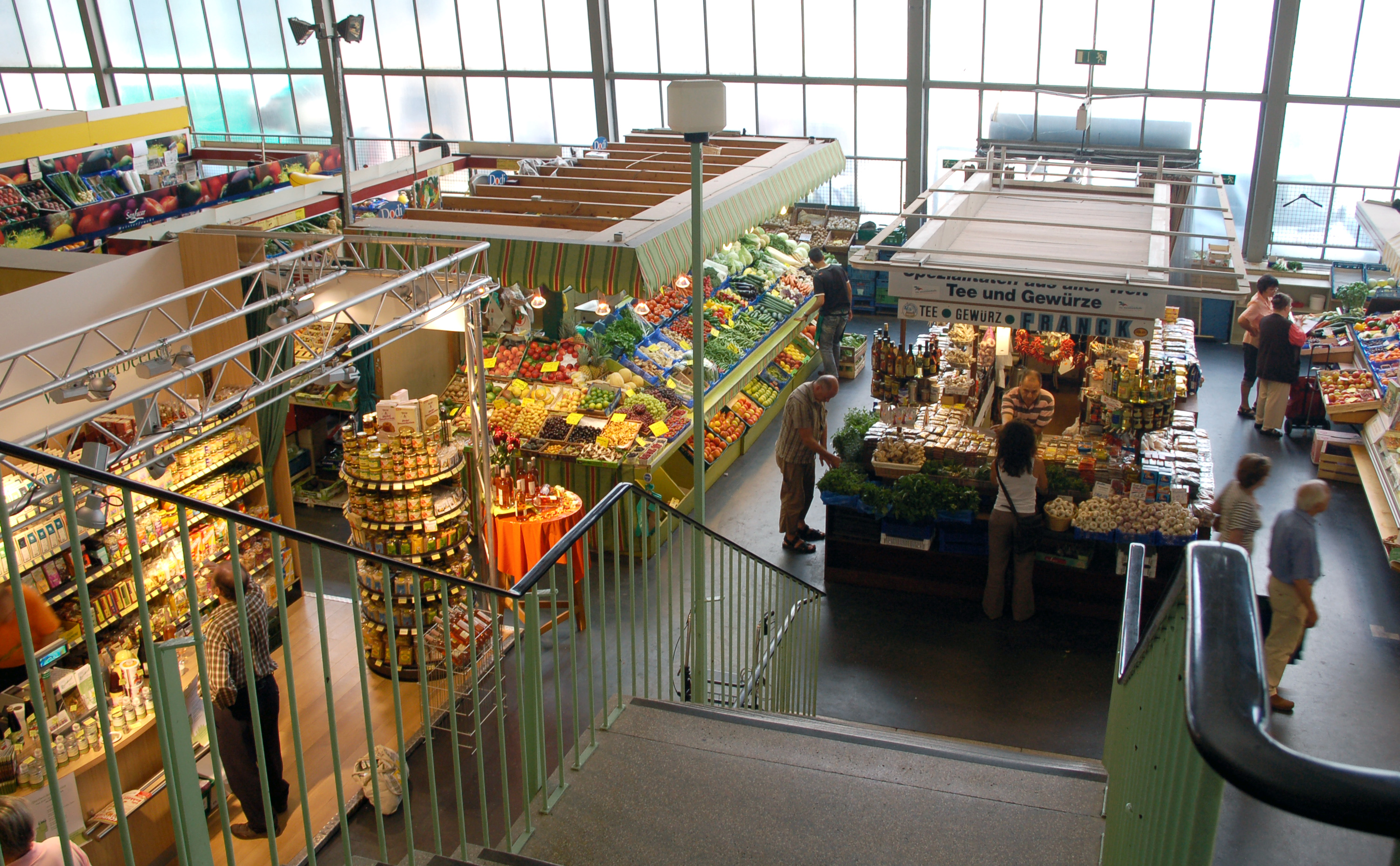 You’ll mostly find fresh foods, produce, and flowers. By the time you arrive, most of the lunchtime rush should have already passed.

It may still be a little crowded but you can work your way past the stalls and pick out a few items or prepared foods. It’s also a good spot to pick up a bottle of wine or German chocolates for a souvenir.

If you’re not hungry but need energy, grab a cup of coffee. You can find almost any flavour or variety of coffee drinks inside the market.

Located two short blocks south of the market, you’ll find one of the most popular modern museums in the city. In a city full of museums, the MMK stands out. Built in 1981, it’s the newest major museum in the city. It also holds a wide selection of modern artwork including many examples of pop art and minimalism.

The museum has works from major artists including Andy Warhol and Roy Lichtenstein. You can also view more recent work with over 4500 pieces to explore from various international artists.

The variety of art includes several controversial exhibits. Visitors are often divided when it comes to appreciating the modern pieces. If you’re not into avant-garde artwork, stick with the old pop art of Andy Warhol.

Get a glimpse of ancient Frankfurt as you walk around Romerberg

When you finish browsing interesting modern art, it’s time for your history fix with a trip to Romerberg. Located just south of the museum, Romerberg is a historic part of the city centre containing a town square surrounded by old timber houses. It’s an example of how Frankfurt looked several hundred years ago.

Depending on when you visit, you may get to browse a local fair or the massive annual Frankfurt Christmas Market. The Christmas Market opens in late November and stays open until a few days before the holiday.

Romer is also next to several other Frankfurt attractions including Old St Nicholas Church and Historisches Museum Frankfurt.

If it’s still early in the afternoon, you could quickly check out these sites. However, when trying to explore Frankfurt in 24 hours, you’ll need to skip a few landmarks.

As you explore Romerberg, you’ll see the top of Frankfurt Cathedral peaking above some of the old houses. It’s one of the most iconic landmarks in the city and just a few minutes from Romerberg.

The cathedral is the largest religious building in Frankfurt, featuring a 95-metre-tall tower and Gothic architecture. It’s an impressive sight but the real treat is found at the top of the cathedral.

You can climb the steeple to get another view of the city from the opposite side of the Old Town area. In fact, you may even see the Main Tower to your west.

The steeple climb includes about 320 stairs, taking you almost 100 metres above the ground. Just pay attention to the time. If you arrive after 8 pm, you may miss out on the chance to climb the steeple.

After enjoying another panoramic view of the city, travel down to the riverfront for a ride on a riverboat. Several tour companies offer evening and dinner rides that you take up and down the River Main. 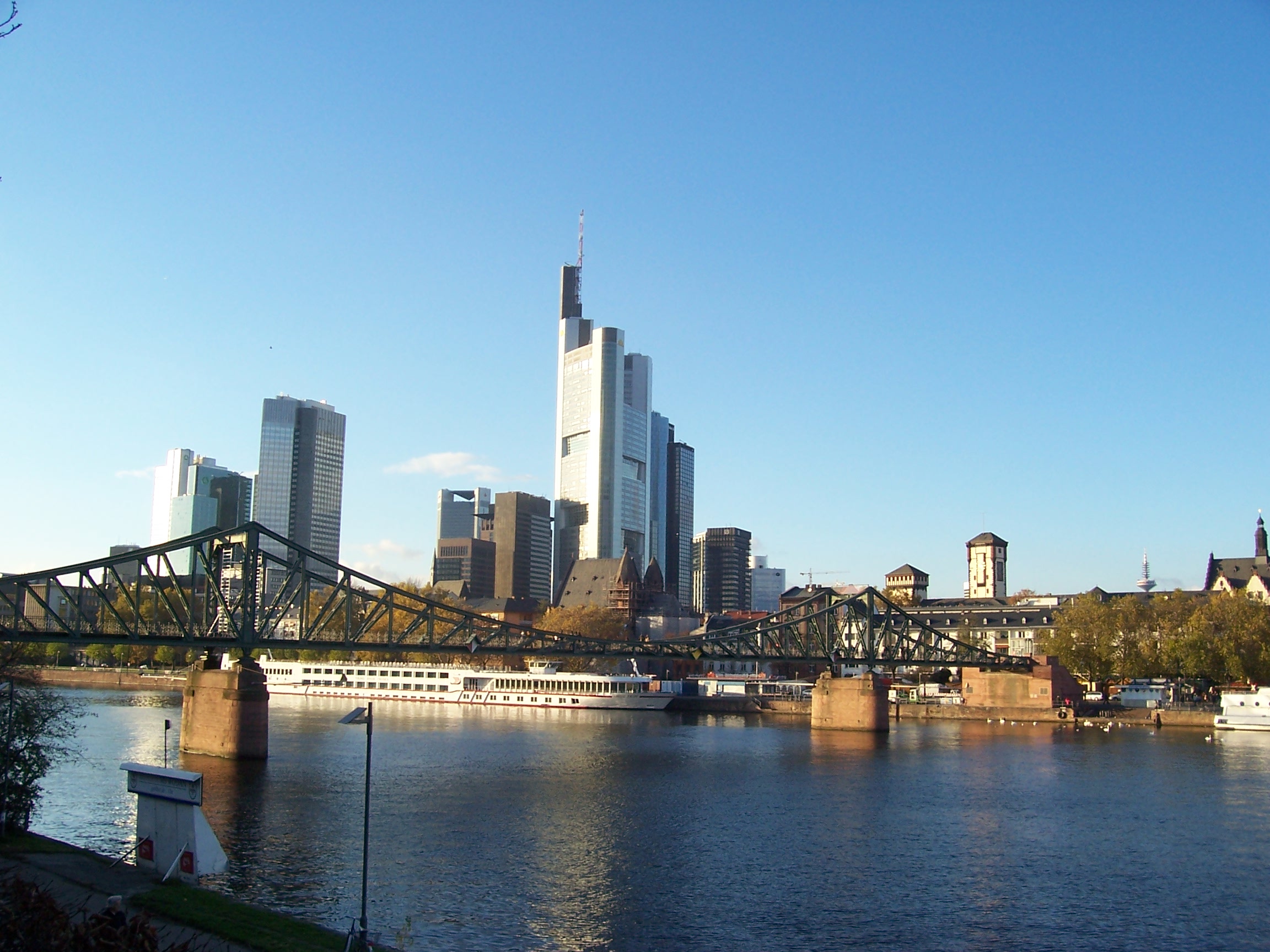 Most of the cruises start just a few blocks from Romerberg and Frankfurt Cathedral. However, you’ll likely need to purchase tickets before you arrive.

The duration of the trip varies depending on the cruise company. Some boat rides last an hour while others may take about two hours.

If you want to skip the dinner cruise or can’t book tickets, cross the Iron Bridge. It offers scenic nighttime views of the Frankfurt riverfront and takes you to the other side of the city. Finish off your tour of Frankfurt in one day with food or drinks at one of the riverfront restaurants.

Where to stay: The best hotels for 24 hours in Frankfurt

Although it’s one of the biggest cities in Germany, choosing where to stay in Frankfurt isn’t such a huge challenge. For most travellers with a quick layover in Frankfurt, Innenstadt, Zentrum-Altstadt, Sachsenhausen, and the Bankenviertel are the best areas to stay. Here are a few ideas to start your accommodations search…