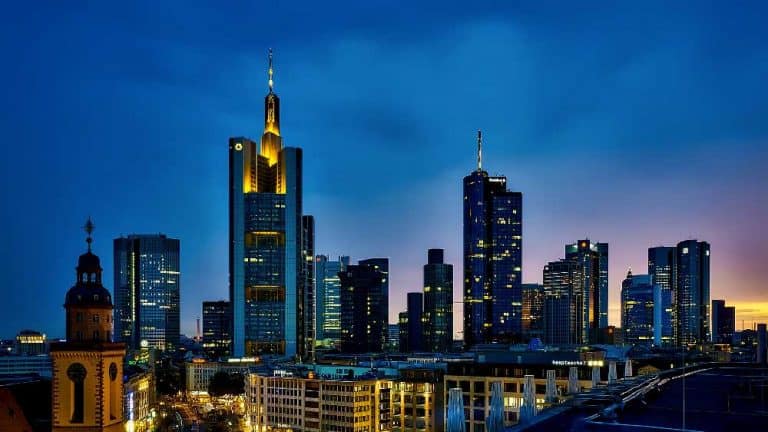 As one of the major transport hubs of Europe, there’s a good chance you’ll wonder where to stay in Frankfurt at some point during your European travels. Thanks to its location in the heart of the country, Frankfurt am Main is the perfect springboard for exploring Germany and the rest of Central Europe.

Sorting through the best hotels in Frankfurt can sometimes be a challenge. On top of being home to some of the priciest holiday accommodations in Germany, the best areas to stay in Frankfurt are spread throughout the city centre. Each neighbourhood offers a unique feel and distinct perspective on the city.

Not sure how to get started? Choose the perfect Frankfurt accommodations with this complete guide to the best places to stay in Frankfurt am Main including the top hotels, areas, neighbourhoods & districts…

Where to stay in Frankfurt am Main: The best hotels, neighbourhoods & areas

The locals call Frankfurt Mainhattan as it is located on the banks of the River Main, a tributary of the Rhine. Frankfurt was almost entirely destroyed during the Second World War only to resurrect as one of the most modern cities in Germany with a skyline that gleams with modern skyscrapers. 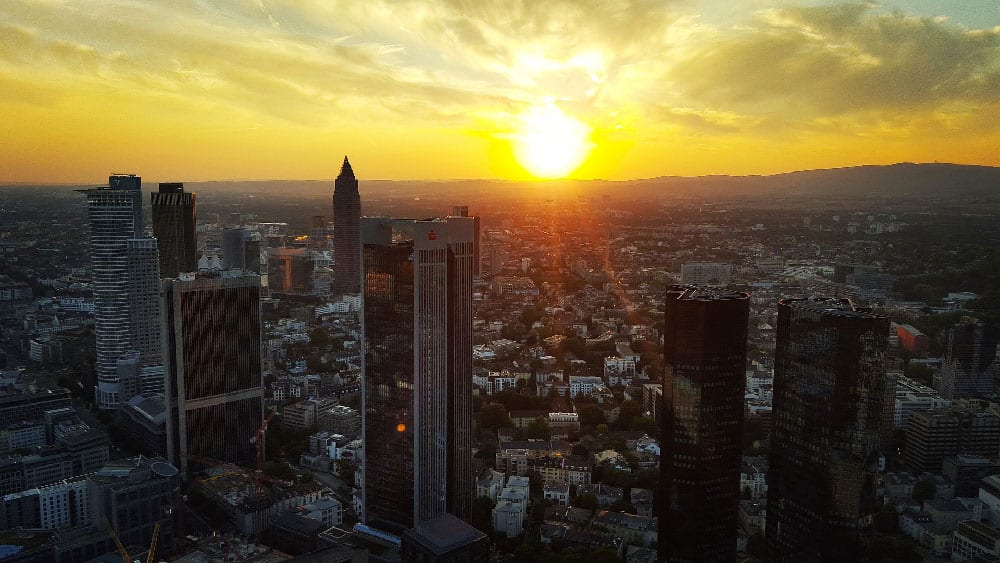 This modern city looks very American, but beneath it all lies a very German character. It’s a place where beer gardens & street markets share space with modern boutiques and restaurants. Frankfurt also has a large number of museums that feature art, history and science with twenty museums jammed into a single district.

Frequently ranked as one of the world’s top ten most comfortable cities to live in, Frankfurt am Main also boasts beautiful botanical gardens and Europe’s largest inner city forest.

To help you plan out your journey, we’ve unravelled a few of the best places to stay in Frankfurt for travellers.

The best areas to stay in Frankfurt include:

In our guide, we’ve chosen to stick to the most centrally located neighbourhoods. Each of these areas teem with some of the top things to do in Frankfurt and feature a ton of restaurants, bars, shops and boutiques within an easy walking distance.

No matter where you choose to stay, however, Frankfurt has excellent transport infrastructure and getting to almost any corner of the city is simple.

✓ Best area to stay in Frankfurt for business & luxury travellers

If you’re looking for a luxury holiday or if you’re simply in Frankfurt on business, Innenstadt is bang in the central business district. Close to the historic centre where you can find restaurants boutiques and cafes, almost everything is within walking distance in Innenstadt.

The Frankfurt city centre features lovely tree-lined squares and the most famous street in Frankfurt, the Zeil, a pedestrian shopping area with something for everyone. 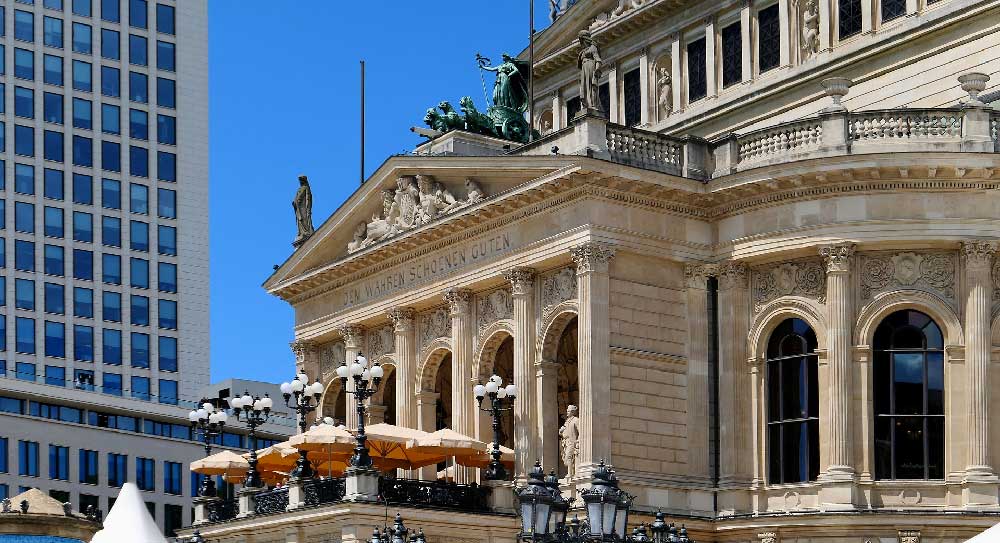 This Innenstadt district is also home to the Frankfurt Stock Exchange and the Old Opera House. Get a panoramic view of the city skyline from the observation deck on the Main Tower. Up here, 650 feet above the city streets, you can enjoy international cuisine and exotic cocktails in the restaurant which has floor-to-ceiling windows.

Or fans of classic German literature can visit the home of the city’s most famous citizen, Goethe. The home was destroyed in World War II but has been lovingly restored with all the original furniture, books, and artwork.

Innenstadt boasts some of the most luxurious hotels in Frankfurt. If you’re used to living in the lap of luxury, this is the top choice for where to stay in Frankfurt. Whether you prefer traditional or contemporary, there is a hotel in Innenstadt to meet your preference here.

Although largely destroyed in the WWII there are medieval buildings to be found all over this small district within the Innenstadt called Altstadt (Old Town). Some of the destroyed buildings have been reconstructed using ancient floor plans.

In this neighbourhood you will find the beautiful old opera house (Alte Oper) known for its sublime musical offerings. Also in the district, the Rathaus dates back to 1405 and is flanked by beautiful timber homes. 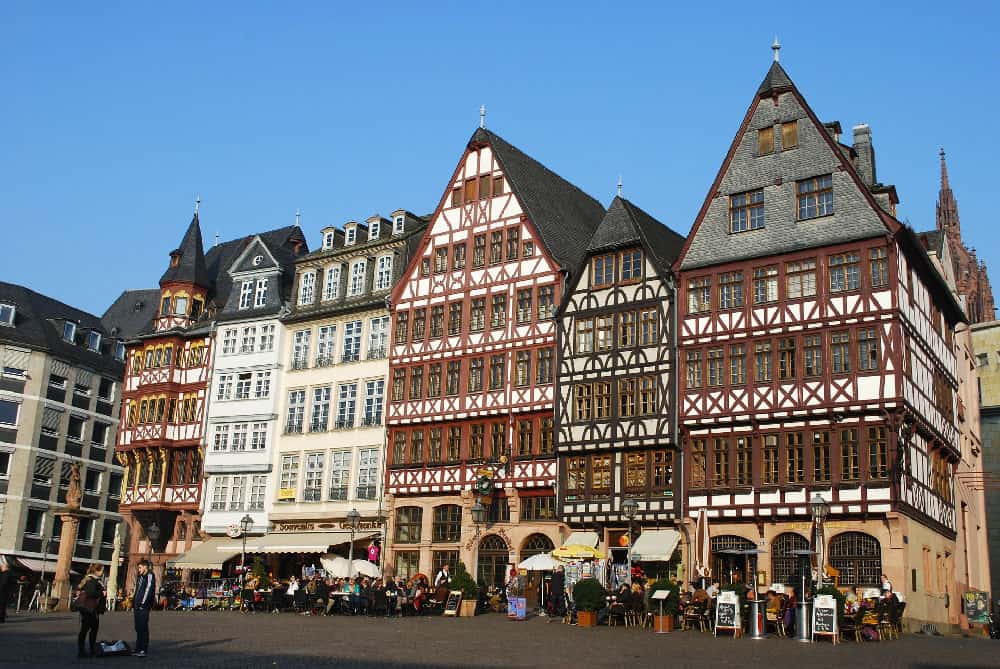 The Römerberg is one of Frankfurt’s prettiest public squares and among the best places to wander on your first-time Frankfurt itinerary. It is the only part of Frankfurt (so far) to have been rebuilt to look like the city of old.

Well serviced by the metro rail, Altstadt is one of the easiest to reach districts in Frankfurt.

If you’re into history, visit the 14th century Historical Museum built in 1878. It contains historical collections that go back to medieval times.

The Zentrum-Altstadt is a relatively small region covering an area of just over half a kilometre. It has a fair range of hotels and is next to the city centre of Frankfurt; if you can’t find the accommodation that you want here, you could book a hotel in the Innenstadt instead.

The iconic Eiserner Steg, a footbridge over the Main River, is known for its great for city views and the padlocks that have been placed upon it by lovers.

The footbridge leads to cobbled streets of Sachsenhausen, the area famous for apple wine, or Apfelwein, its signature drink.

This neighbourhood is home to one of the oldest and best apple cider taverns in Germany. Take a tram ride through the cobbled streets of the district, sipping cider to the strains of schlager music. 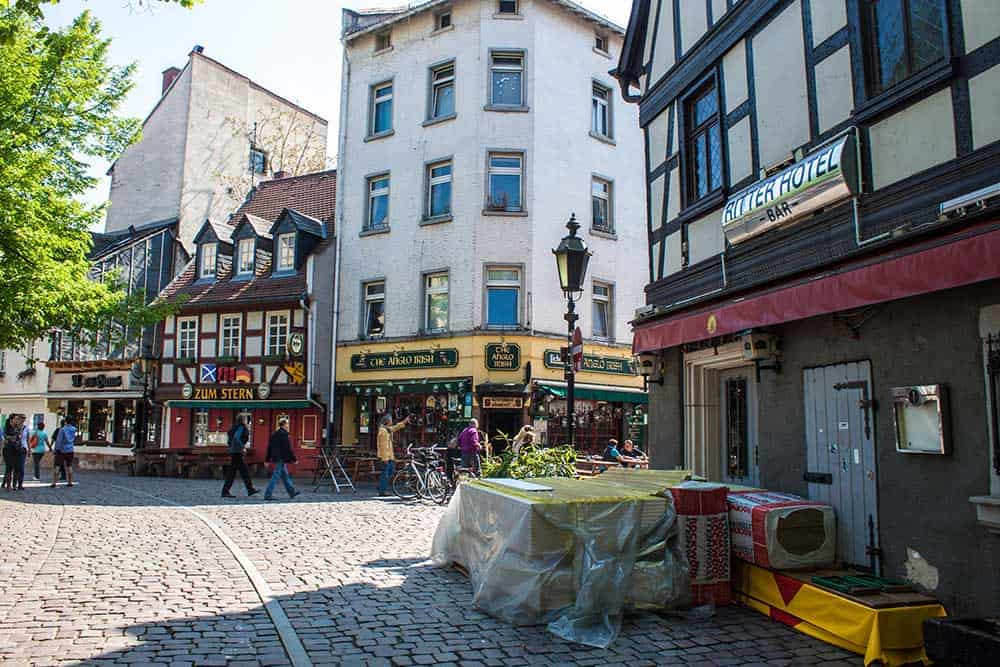 Sachsenhausen also borders the biggest city forest in Europe. Nature trails and sports paths meander through the 48 square kilometres of forest which is sprinkled with rest huts, playgrounds and sparkling ponds.

Sachsenhausen has a wide range of accommodation available from four-bedroomed temporary apartments to luxury living in a traditional hotel and a hotel that pampers vegetarian guests with the best in organic food. If you’re looking for accommodation that’s a little different from most of the other best places to stay in Frankfurt you’ll find it in this area.

✓ Best place to stay in Frankfurt for art & culture lovers

Bankenviertel is the central business district and is home to ten of the tallest skyscrapers in Germany. The area incorporates Bahnhofsviertel, translated as the train station district, which is well-known for its nightlife and the red light district.

Bahnhofsviertel also has the highest concentration of hotels in Frankfurt.

A word of warning: Not everyone will enjoy this quarter of Frankfurt as it is dotted with casinos, bars and brothels. If you take to the streets at night you should do so with caution. 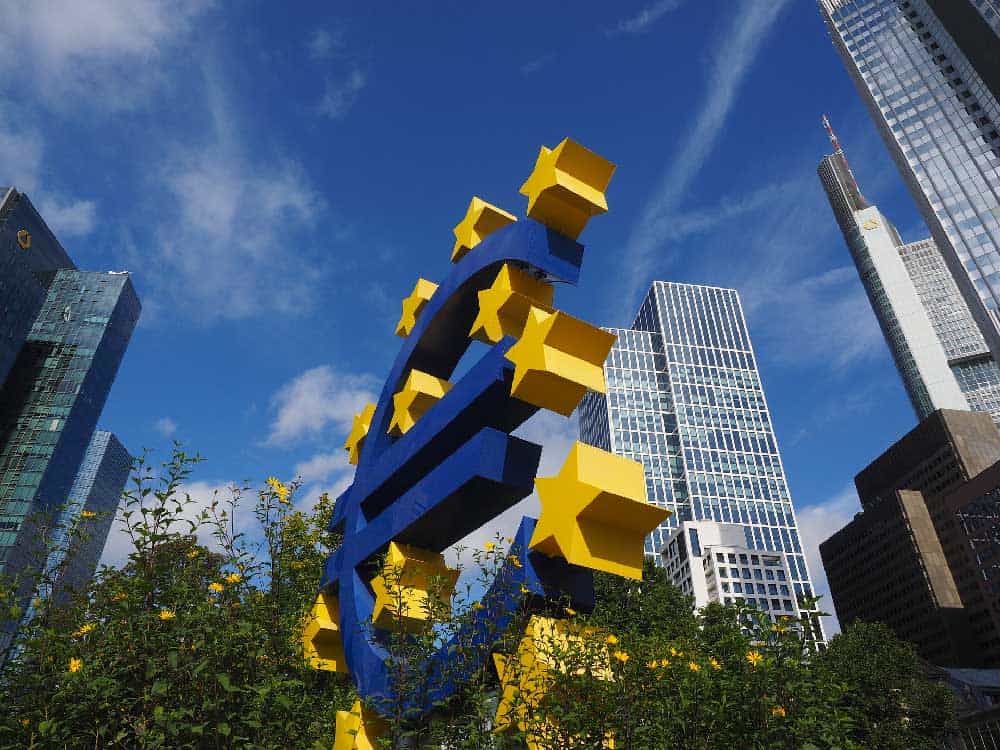 Bankenviertel has a remarkably complete neighbourhood of museums that line both sides of the River Main.

On a Saturday the area comes alive with the biggest flea market in Frankfurt.

With so many hotels to choose from you can find a place to stay that fits into your travel budget in Bankenviertel. In this neighbourhood, the top places to stay range from budget to some of the top luxury hotels in Frankfurt. Many offer additional features at no extra charge. 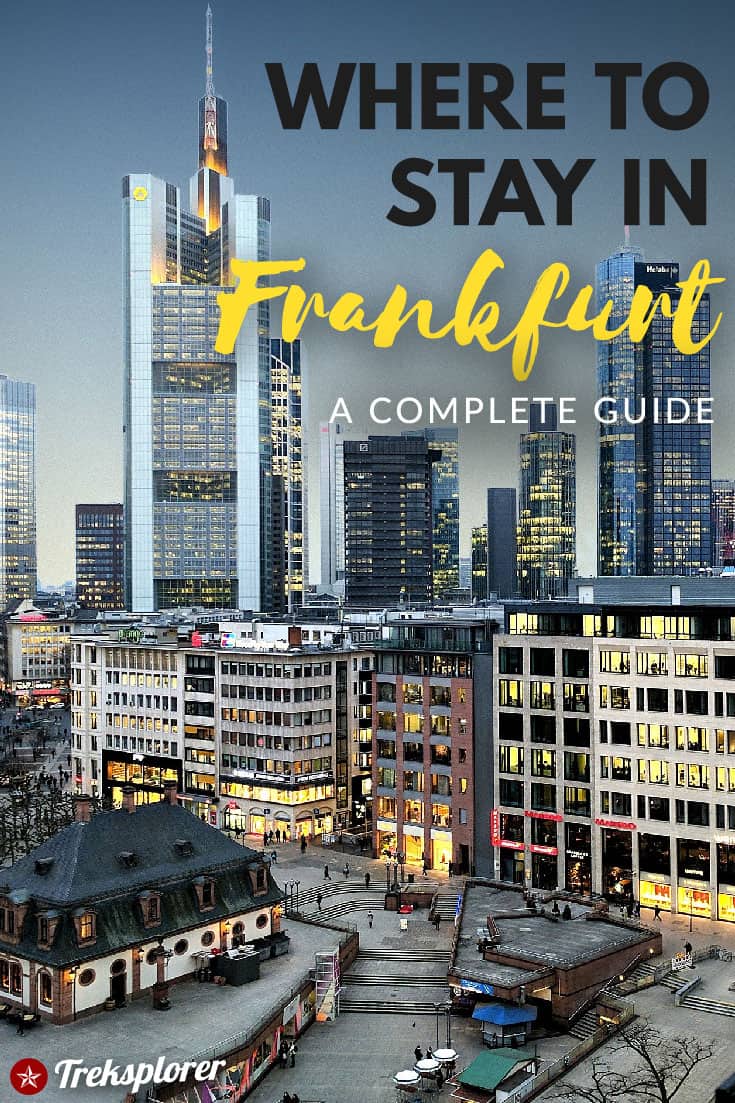