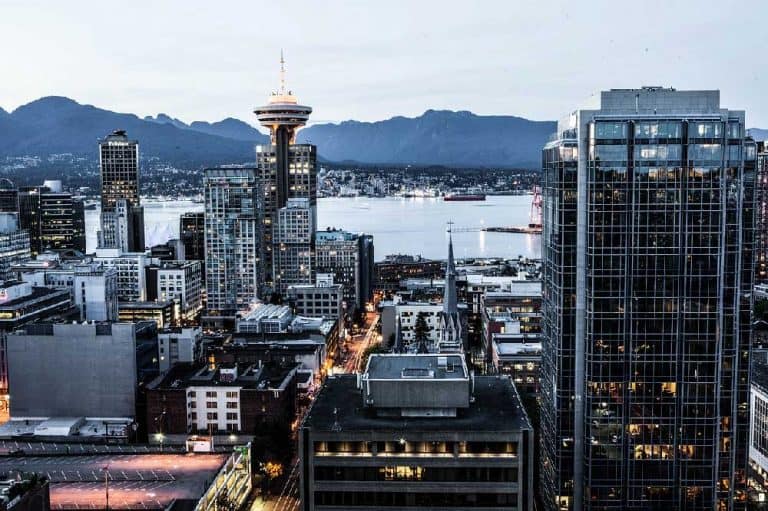 Got a Western Canada itinerary in the works? No trip to British Columbia is complete without checking out the best things to do in Vancouver. The modern city of Vancouver is known for its popular theatre, music, and art scene. The city is one of the main reasons to visit the beautiful west coast of Canada.

From hip art galleries to trendy shopping districts, the top tourist attractions in Vancouver cover all the bases. You can visit museums, relax in seaside parks, or hike through primeval forests. The diverse city is lined by the Pacific Ocean to the west and The Rocky Mountains to the east. Navigating the city and its fringes is always exciting. With so much to see and do in Canada’s third-biggest city, planning a vacation in Vancouver can be overwhelming.

Vancouver offers a milder climate than most Canadian cities. It’s the perfect place to take advantage of everything a world-class city offers while enjoying the outdoors as well. Vancouverites feel very close to nature. Within the city limits, you’ll find many hiking trails and impressive parks to explore.

Don’t know where to go in Vancouver? Begin plotting your trip with this guide to the best places to visit in Vancouver…

What to see & do in Vancouver

A trip to Stanley Park is one of the best things to do in Vancouver as the sprawling park is full of fun attractions. If you’re planning on spending just one day in Vancouver, start at the park. 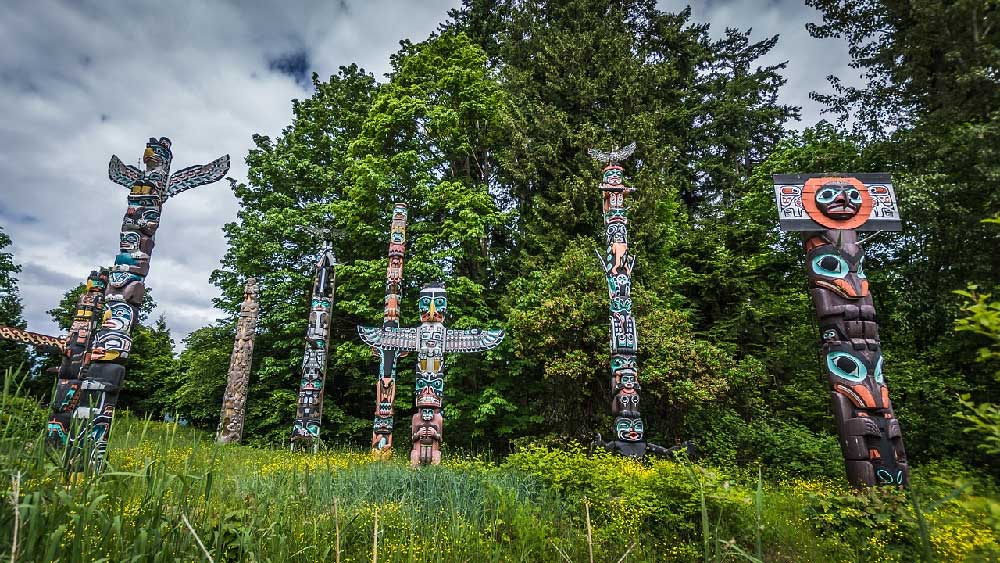 Covering over 1,000 acres, Stanley Park has standard features such as walking trails, picnic areas, and an abundance of trees and plant life. It’s also home to Vancouver Aquarium, the Stanley Park Seawall, and several scenic destinations.

The Vancouver Aquarium houses over 58,000 animals including beluga whales and dolphins. If you want to enjoy the ocean breeze, travel the Seawall. It’s one of the longest uninterrupted waterfront paths in the world, spanning over 28 kilometres.

Walk around the trendy neighbourhood of Granville Island

If you want to know where to go in Vancouver to shop at public markets and hipster boutiques, visit Granville Island. The peninsula is across from the downtown area under Granville Street Bridge. In the centre of the peninsula is Granville Island Public Market. This large market is packed with produce, fish, meat, and cheeses. You’ll find over 50 vendors offering fresh meals, snacks, and candy. 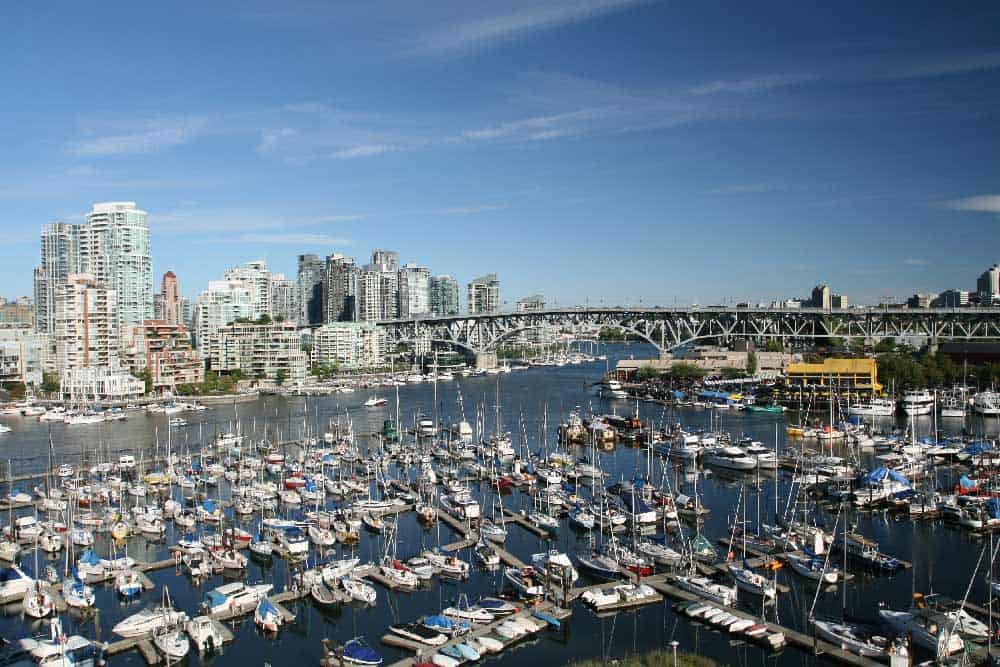 To reach Granville Island, consider taking one of the mini tugboats that ferry people across False Creek. It’s also fun to walk around Granville Island Marina and the harbour area, checking out the expensive yachts and impressive sailboats. If you explore the surrounding streets, you’ll find a variety of boutiques and coffee shops as well.

While Stanley Park is at the top of the list of Vancouver attractions, Queen Elizabeth Park is also worth exploring. A former rock quarry, the park is located on Little Mountain. It’s the highest point in the city, offering views of the surrounding landscape. 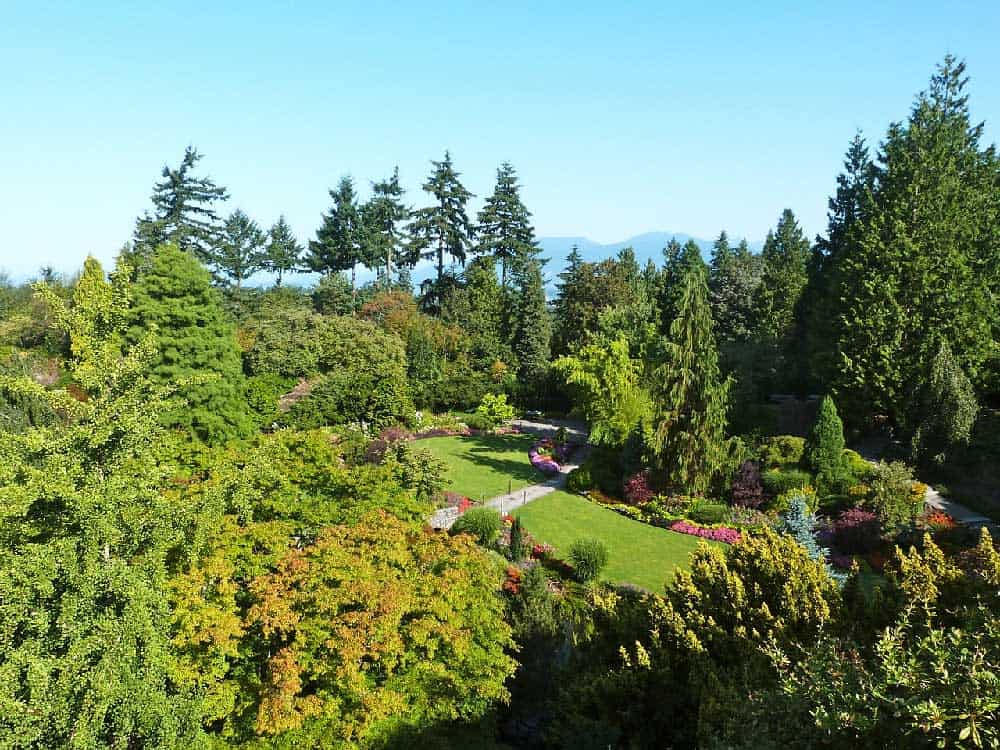 While it doesn’t have a zoo, Queen Elizabeth Park offers a variety of grassy knolls and flower gardens. It covers about 130 acres with several garden areas. As you wander the paths, try to uncover some of the park’s attractions, including several sculptures, fountains, and plazas. If you happen to visit in the spring, you’ll have the chance to view the cherry blossoms.

Gastown is a downtown neighbourhood near the waterfront. It’s the oldest commercial district in the city. As you wander, you’ll dazzle at the well-preserved Victorian-style architecture lining the streets. Along with Granville Island, Gastown is one of the hippest spots in the city. The old architecture hides a wide range of exclusive night clubs, dive bars, fancy restaurants, and high-end shops. 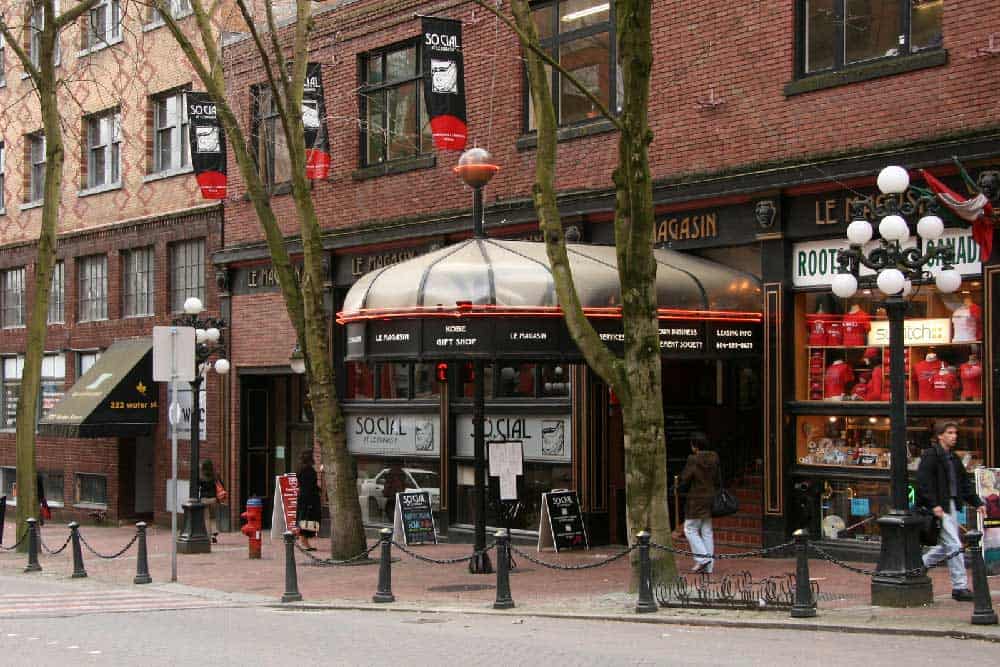 The Steam Clock in Gastown is one of the top points of interest in Vancouver. Many tourists visit the neighbourhood just to see the clock. Built in 1977, the clock is now powered by an electric motor. Tou can still see the old steam engine that powered the clock through the glass on the sides of the frame.

View ancient artifacts as you tour the Museum of Anthropology

Some of the top things to see in Vancouver are found in the Museum of Anthropology. With a massive collection of First Nations artifacts, you’ll learn more about the people who originally populated the region. Many of the artifacts are ancient sculptures carved thousands of years ago. 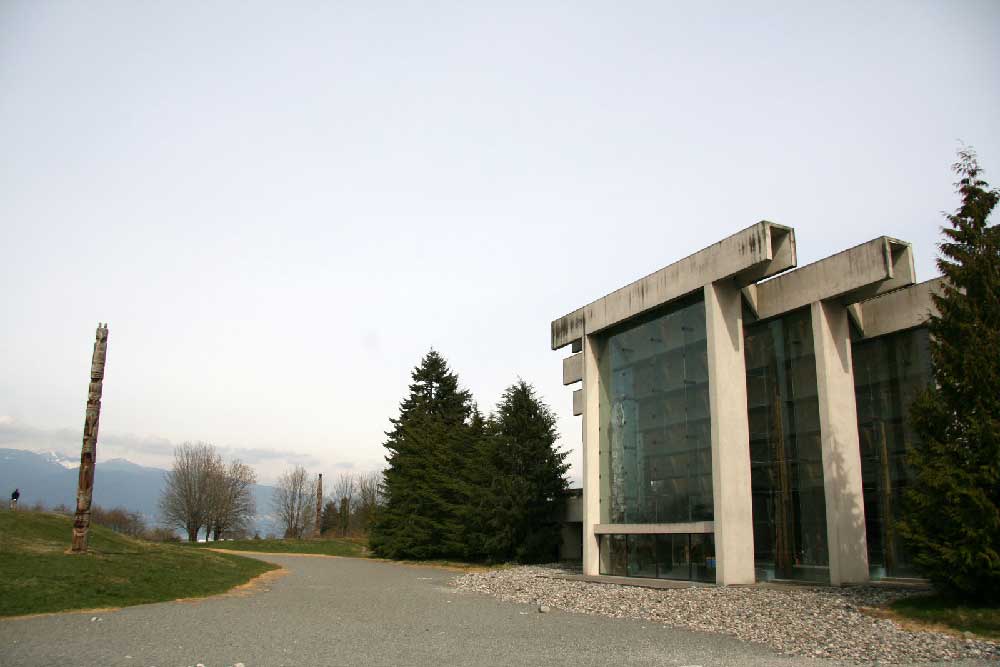 It holds over 50,000 items, so you won’t be able to see everything during one trip. While the museum is mostly dedicated to the indigenous people of Canada, it also houses artifacts from other cultures. The African collection includes over 2800 items including masks, carvings, and weaponry. When you’re done viewing the artifacts, visit the gift shop to pick up a few souvenirs.

Let your kids experience the hands-on exhibits at Science World

Science World stands out as one of the top tourist attractions in Vancouver. It’s packed with fun, interactive exhibits that will captivate children. Keep in mind that Science World isn’t geared toward adults. It’s intended for younger children with a variety of attractions aimed at kids between the ages of 2 and 12. 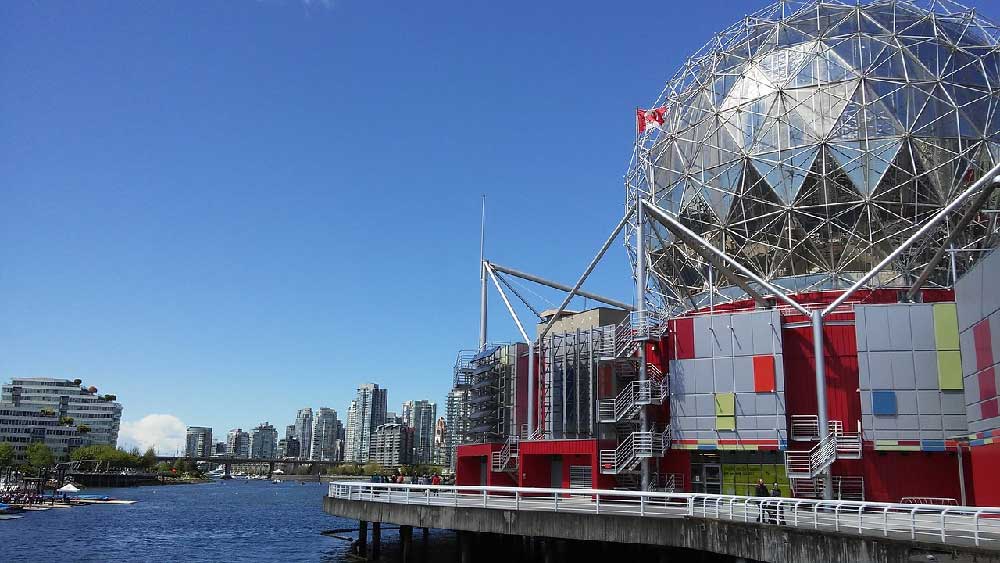 If you’re not travelling with the family, a trip to Science World may not be one of the best things to do in Vancouver. However, travellers of all ages tend to enjoy the Imax Theatre. The theatre features interesting short films on space exploration and other science topics.

Go kayaking or scuba diving in the waters of English Bay

English Bay is one of the most scenic Vancouver points of interest. It’s located in Stanley Park and reachable via the Seawall. As you travel around the Seawall, take a break from your Vancouver sightseeing tour to enjoy the view. 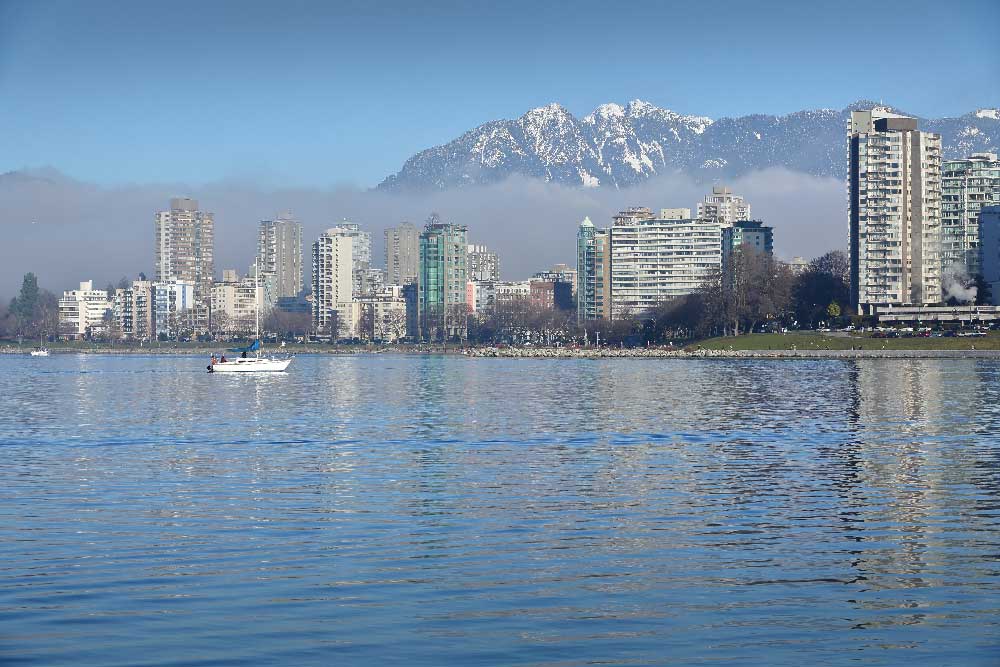 If you’re visiting during the summer, English Bay Beach is one of the best places to visit in Vancouver for water activities. Rent a kayak and go for a ride around the waters or join a scuba diving tour and explore life under the water. If you’re not feeling active, the area is also home to some great restaurants and pubs with views of the bay.

Deciding what to do in Vancouver isn’t easy as there is no shortage of attractions, including VanDusen Botanical Garden. It may not appeal to everyone but the sprawling oasis in the centre of the city covers over 55 acres. It’s a large park with over 7500 species of plants. 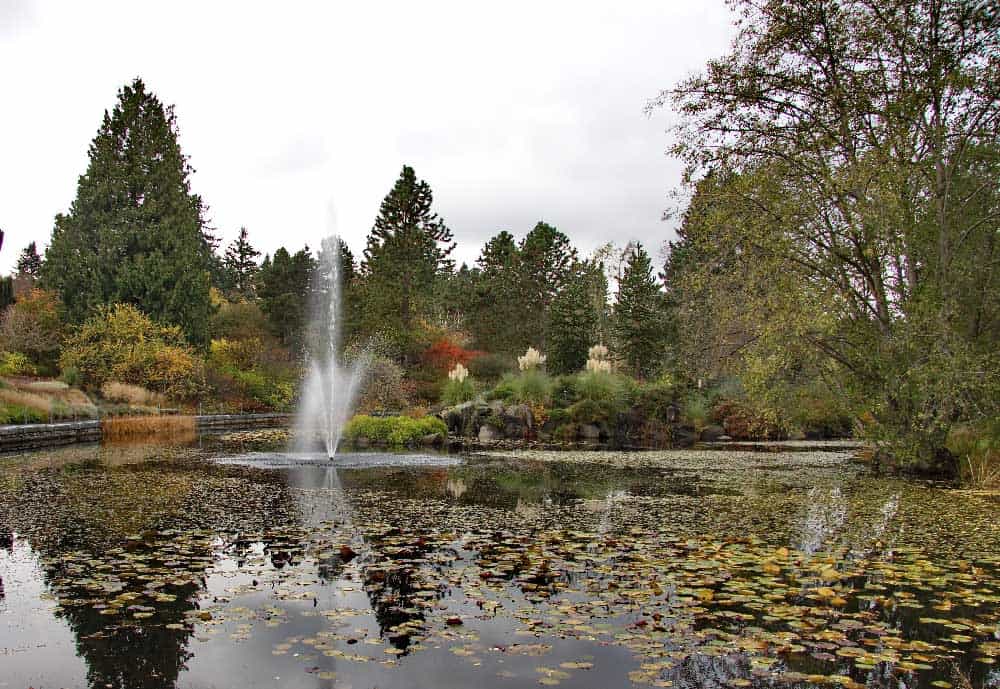 One of the more interesting attractions in the garden is the large hedge maze. It’s one of only six hedge mazes in North America. It includes 3000 pyramidal cedar trees that are carefully pruned to form the maze. Before entering, get a view of the layout from the observation terrace to help you plan your route. 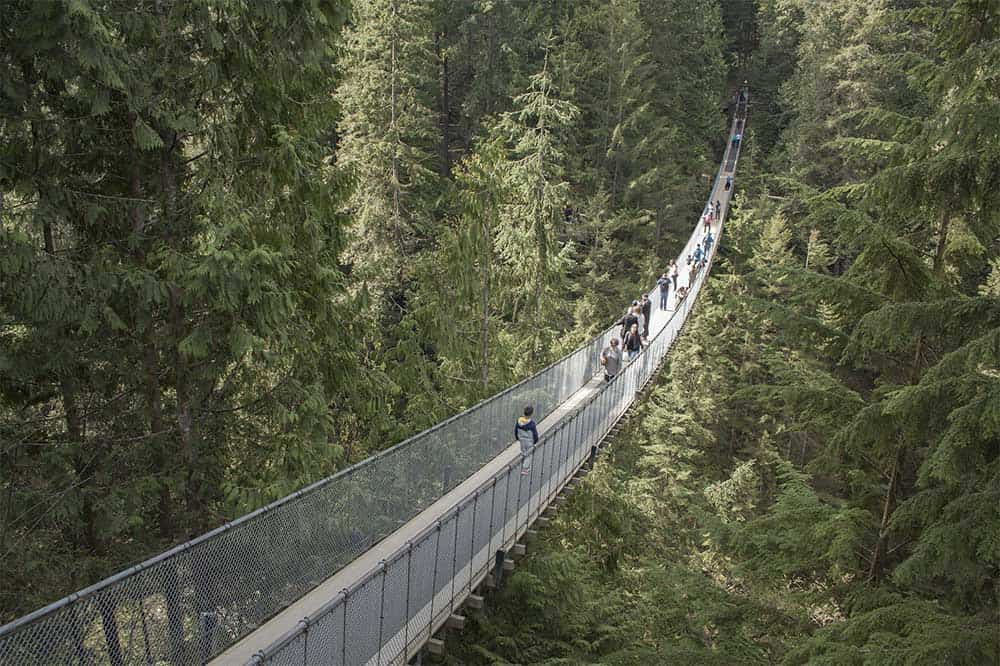 The first line of business in any visit to Capilano Suspension Bridge Park is to walk the bridge itself. Trek across the 137-metre bridge. You’ll be treated to spectacular views across the canyon and the surrounding primordial coastal forest.

Besides the suspension bridge, carve out time to tackle the park’s Treetops Adventure. This series of bridges floats 30 metres above the ground amid towering Douglas fir trees dating back over a thousand years. The newest addition at Capilano Suspension Bridge Park, the Cliffwalk, is equally gravity-defying. It negotiates the canyon’s edge along a series of cantilevered bridges and stairs.

While visiting the park, carve out some time for the nearby Capilano River Regional Park. There’s an easy 2.6-kilometre hiking trail winding through the canyon. The trail is among the best hikes in Vancouver for visitors of all fitness levels.

Get high-flying views at Grouse Mountain 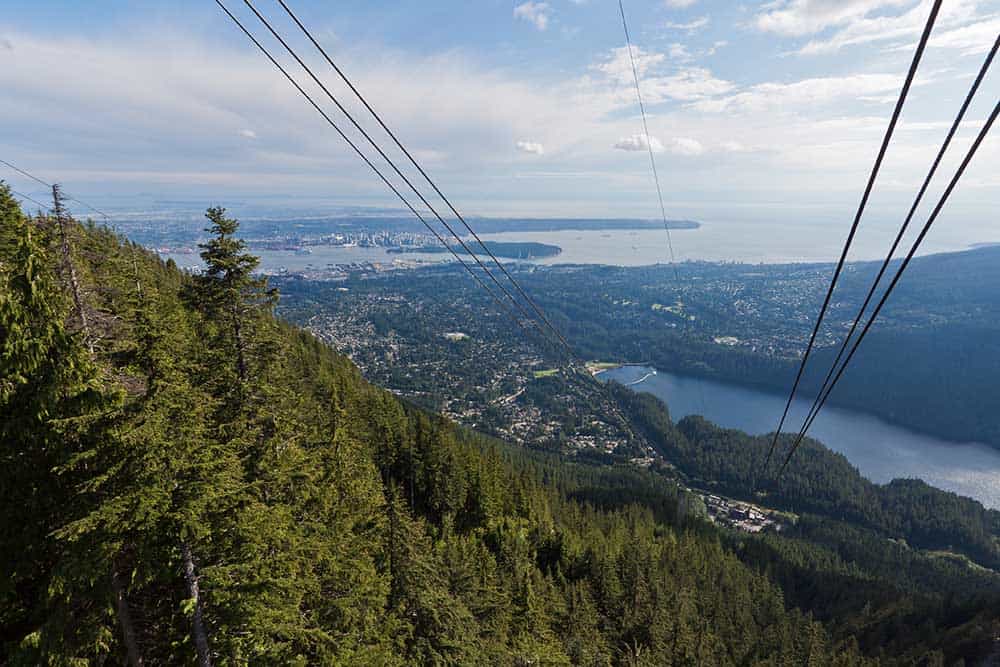 Most travellers start their visit to Grouse Mountain with a ride on its Skyride gondola. It’s one of Vancouver’s most worthwhile sightseeing experiences. Got energy to spare? Scramble up the mountain on the epic Grouse Grind. The quad-burning trail isn’t easy, but will be an accomplishment you won’t soon forget.

Other than the views, there’s plenty to see & do on Grouse Mountain year-round. In winter, it’s one of Vancouver’s finest winter sports destinations. Take to the slopes for a ski or snowboarding adventure. Or slow down the pace with a snowshoeing trek or sleigh ride. In summer, you can hop onto its hiking trails or play a round of disc golf on the mountain’s 18-hole course.

Can’t get enough of Vancouver’s seaside charms? Grab a towel and perch yourself upon Kitsilano Beach. The beach is one of city’s most popular. Kitsilano Beach is less than a 10-minute drive from Granville Island and Downtown. 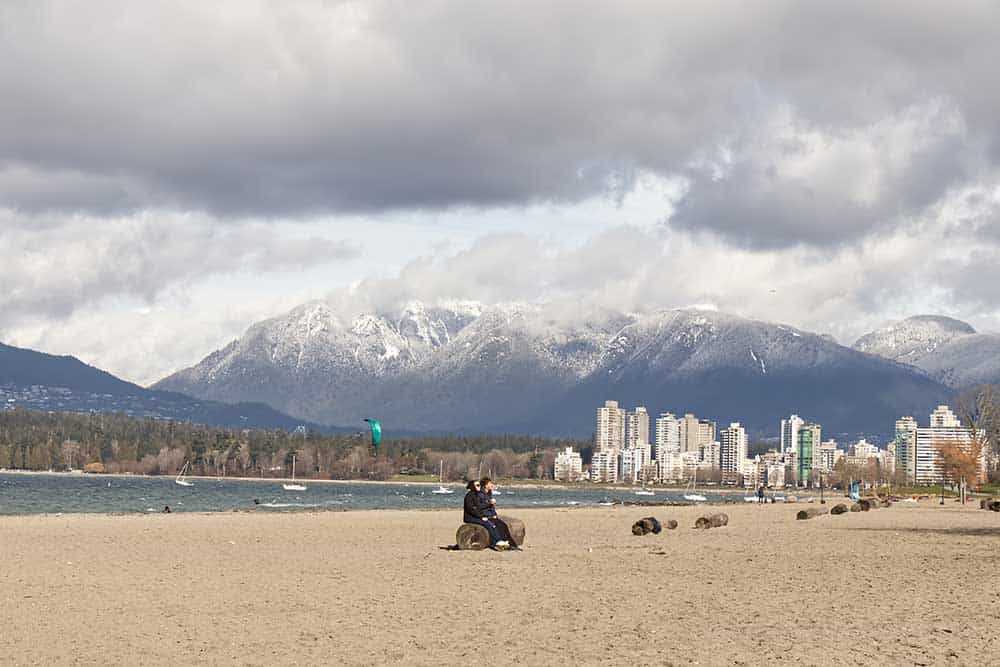 Known as “Kits” Beach to locals, Kitsilano Beach attracts both sun-seekers to water sports enthusiasts. Families love hitting the waves & sands here, too. The beach is home to an array of kid-friendly attractions. The large saltwater Kits Pool is the perfect place for the kids (and mom & dad) to cool down and splash away an afternoon. The views from the pool & beach towards the ocean and mountains are spectacular!

Marvel at the views at Canada Place

Located on the edge of Vancouver’s harbourfront, Canada Place is one of the city’s most famous landmarks. The building showcases a distinctive roof, shaped like sails from a ship. The complex is often the first sight for travellers visiting Vancouver on a cruise ship. 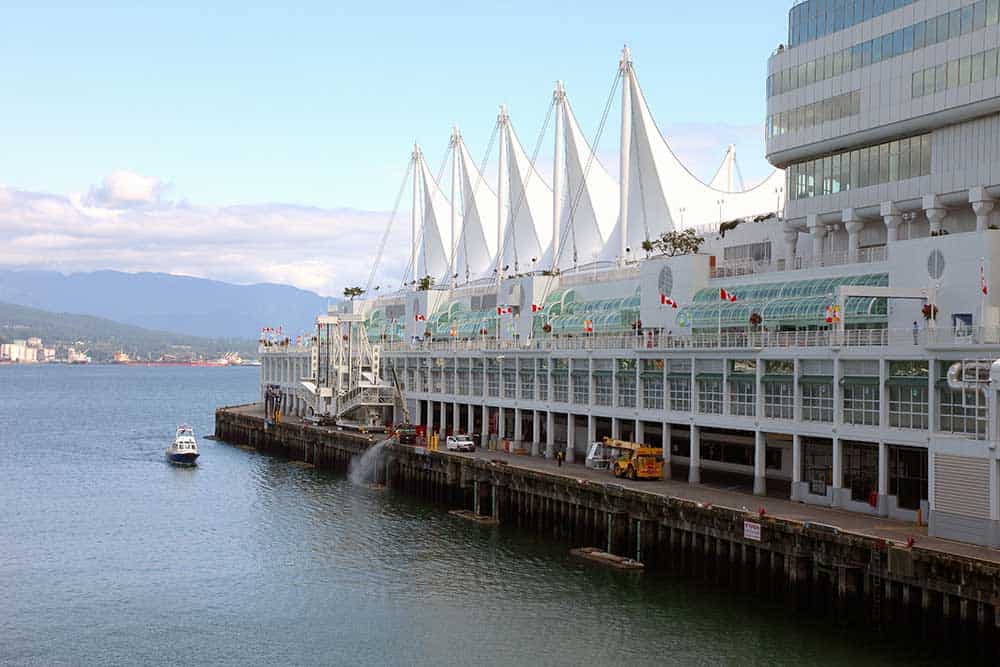 Most known as a cruises ship terminal, Canada Place is also home to a convention centre and a hotel. The real reason to visit Canada Place, however, is for the FlyOver Canada. In this immersive ride, you’ll sit suspended as you’re whisked across Canada. On a curved 20-metre-wide screen, you’ll watch the country’s most iconic urban & natural landscapes flash before your eyes.

Once you’ve visited Canada Place, find a few moment to enjoy its harbourfront promenade. Along the walkway, you’ll marvel at spectacular views of Coal Harbour, Stanley Park, and the forests & mountains of North Vancouver.

Where to stay in Vancouver for sightseeing

As the third-biggest city in Canada, figuring out where to stay in Vancouver isn’t always easy. For cashing in on the top points of interest in Vancouver, the areas in & around Downtown are the best places to stay. Here are a few of the best hotels in Vancouver to start your search…

Related places to see in Canada