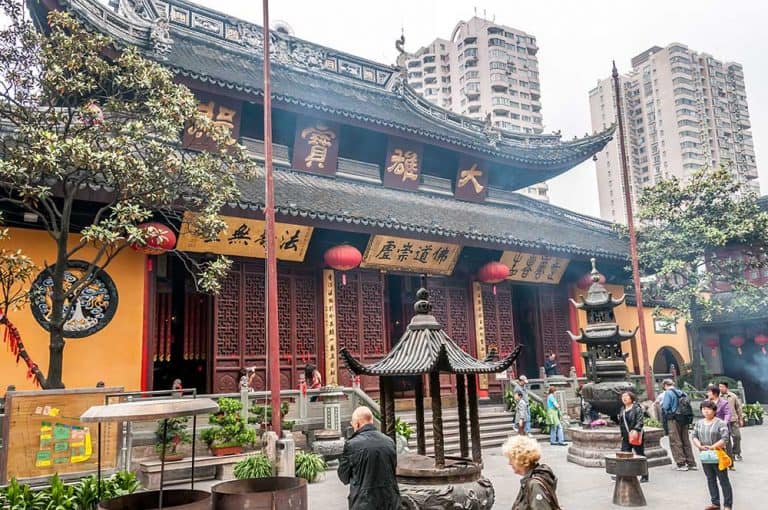 The Jade Buddha Temple is one of the few Buddhist temples in still used for worship in Shanghai. It’s also an active monastery with resident monks.

The Jade Buddha Temple was built in 1882 to house to the Jade Buddha statues that had been brought to Shanghai from Burma. It was destroyed at the end of the Qing Dynasty, but the statues were rescued.

The temple was rebuilt in 1918. Since then the Jade Buddha Temple has managed to attract a large collection of Buddhist statues and offers visitors a tranquil refuge from the noise and rush of the city of Shanghai.

What to expect at the Jade Buddha Temple

The Jade Buddha Temple boasts the classical Chinese architecture of the Song Dynasty. It is really worth a visit as the temple with all its decorative features is quite splendid in appearance.

The building contains over two hundred rooms including some rather spectacular halls, many of them decked with ancient artworks and cultural relics. Red lanterns adorn the ceilings and splendid bonsais vie for your attention. 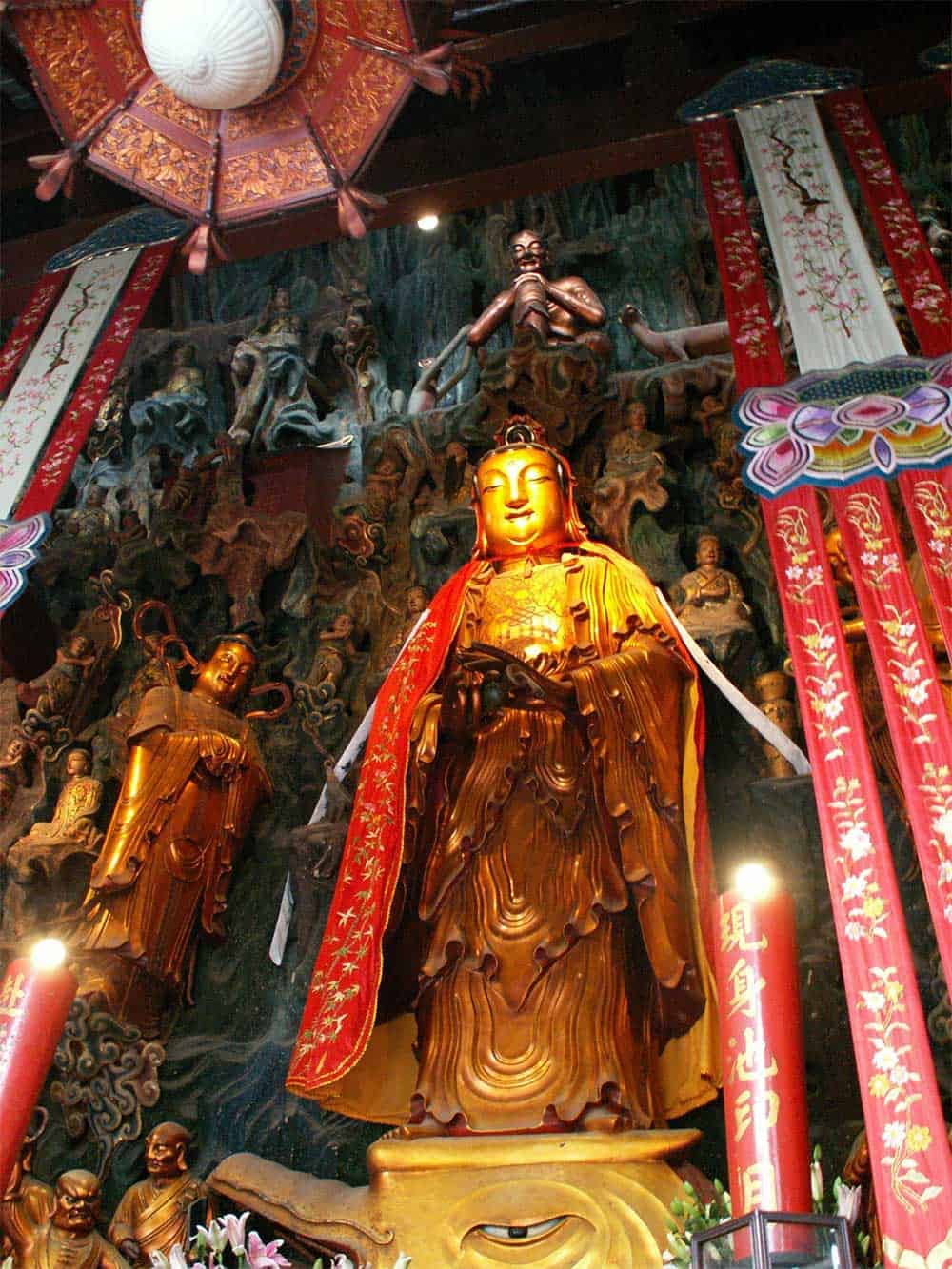 The jade statues of Buddha, one sitting and one recumbent, are carved from a single piece of beautiful clear white jade. They both depict the historical Buddha.

The more impressive Buddha is the seated Buddha which is two metres tall. It’s decorated with fine gold leaf and encrusted with emerald and agate stones. The recumbent Buddha is just over a meter long. He lies on his right side.

The Jade Buddha Temple is famous for its large collection carved and porcelain statues of Buddha. There is also a third three-metre marble statue of Buddha brought to the temple from Singapore in 1989. The temple is home to a fine collection of over 7000 Tripitaka.

Upon entering the temple, your first point of call is the Hall of Heavenly Kings. It contains the statues of four kings each gazing toward a different cardinal point. The kings represent different favourable conditions, wealth, wisdom, passion and peace. They protect a collection of Buddhas kept in the Hall.

The Grand Hall faces the Hall of Heavenly Kings. Here worshippers come to pray on a regular basis. The hall contains three golden Buddhas representing past, present and future Buddhas.

There are two restaurants at the temple so if you’re looking for some traditional vegetarian cuisine, you’re in luck. There is also an antique and curio shop just outside the temple.

How to get to the Jade Buddha Temple