Located in the delta of the Yangtze River, Shanghai is the largest city in China and one of its cultural centres. Here traditional gardens and Buddhist temples share space with some of the most impressive skyscrapers on earth forming one of the world’s most recognizable skylines.

Getting around Shanghai is surprisingly easy. It’s accessible by air and high-speed train. The city has an extensive public transport system, supplemented by private transport companies.

If you are ready to take to the streets of the city, this complete guide on getting around Shanghai will help you to make the most of your stay…

How to get around Shanghai: A transportation guide

Shanghai has a large and efficient transport network that covers the length and breadth of the city. Trains and buses are efficient, clean and punctual. For visitors, the subway train system is the best choice of Shanghai transportation. It’s easy to navigate and covers vast areas of the city.

Buses may seem like a viable option, but they are not recommended for foreign travellers as they can be very confusing. The drivers often don’t speak English and notices and maps are mostly in Chinese. 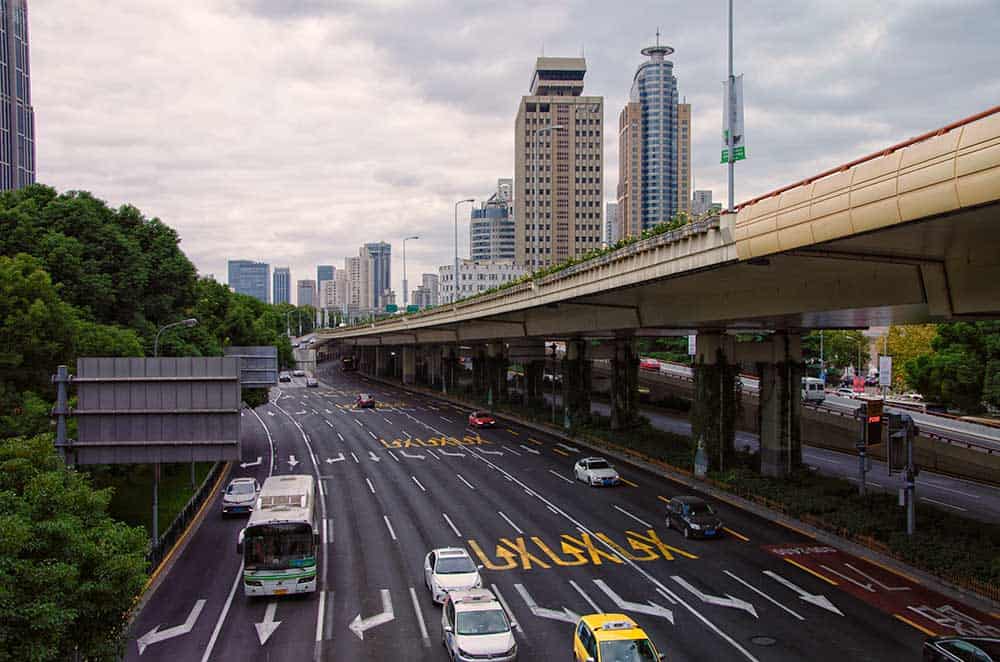 Taxis are inexpensive and readily available. Travellers to Shanghai would do well to use them in conjunction with the metro to get to every corner of the city.

Many of Shanghai’s residents find their way along the busy streets by bicycle. Like the rest of the Shanghai transportation options they are inexpensive and readily available.

Trains are by far the quickest way to getting around for your Shanghai itinerary, one sure way to avoid the congested streets of the city. Trains arrive every three to five minutes and they are nearly always punctual. The trains are clean and well maintained.

They offer an affordable way to travel, costing between ¥3 and ¥15 per trip depending on the distance. If possible, avoid peak hours as the stations become very crowded at these times. The peak hours on Shanghai transportation run from 7am to 9am and from 4pm to 7pm. 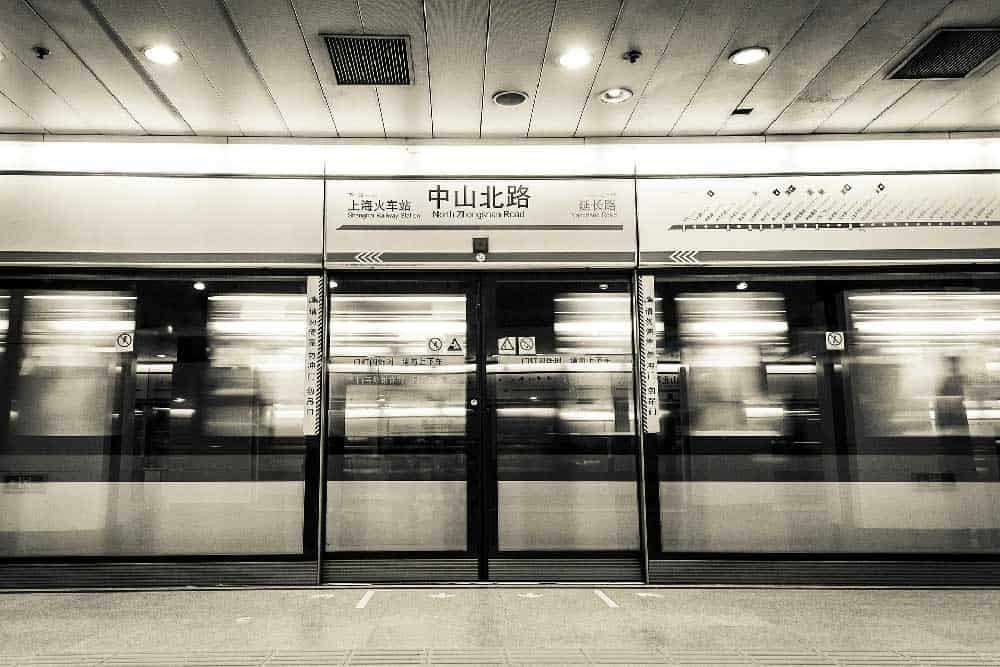 All signs and maps at the stations are in English. The signs contain the name of the station and the next stop in either direction making it easier for foreigners to find their way around to check out all the top things to see in Shanghai. On the trains, stop announcements are also in English. Metro stations are identified by a large red M over the entrance.

Tickets are dispensed by vending machines in the subway stations. They are nearly all coin or note operated. To enter the metro swipe the card over the turnstile. To leave place it in the slot.

There are currently fourteen Metro lines in the city and several under construction. They sprawl over 617km, from some of the most recommended areas to stay in Shanghai into the furthest suburbs. Metro maps are available at nearly all of the stations. Most of the trains have WiFi, but to access it you’ll need to download the app.

The subways operate from 5.30am to 11pm seven days a week.

Shanghai has an extensive bus service with more than 1,000 buses travelling the city. Buses are the cheapest way to travel in Shanghai with tickets costing around ¥2 per trip.

You can buy the ticket directly from the bus driver. Make sure that you have the exact fare as there is no change. Swipe cards for buses are convenient but not valid on all of the city’s buses. 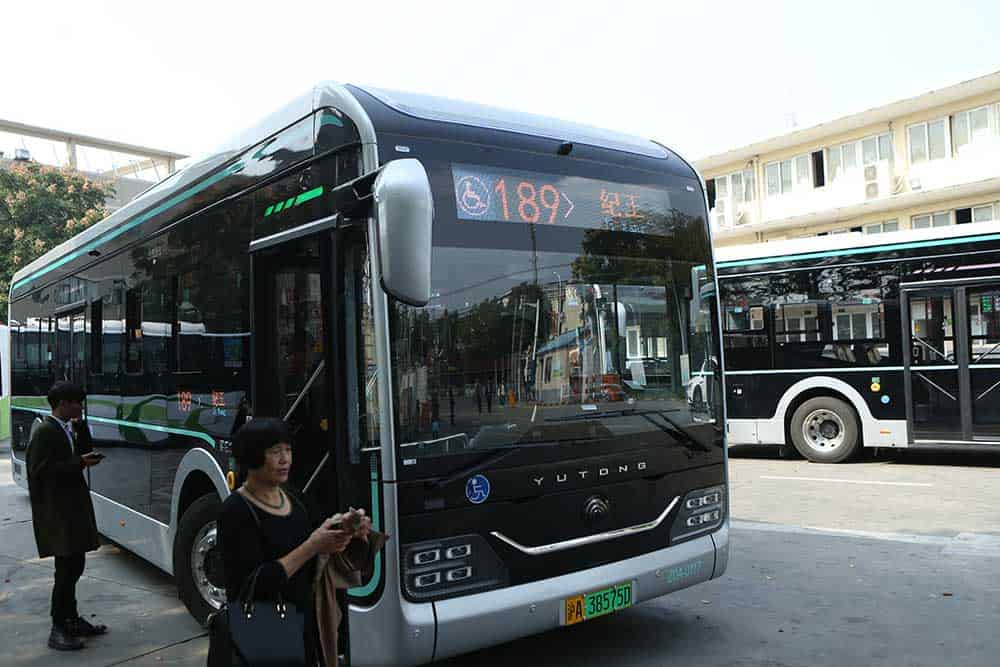 The bus system is confusing and difficult for foreign travelers to navigate. Most of the bus drivers do not speak English and the signs and information boards are all in Chinese. Stops are announced in English so if you listen carefully you may not miss your stop.

Most buses in the Shanghai transportation system operate from 5am to 11pm. The 300 series buses run throughout the night. There are also a number of hop-on, hop- off bus tours for leisurely trips to the main tourist attractions.

For tourists, taxis are the most common means of transportation in Shanghai. There are more than 45,000 taxis operating in Shanghai but still you may battle to get a taxi during rush hour traffic or when it is raining. The taxis belong to seven privately owned companies. They are colour coded according to the company that owns them.

You can hail a taxi at most street corners or find a local hotel where they tend to gather. Ignore the peddlers. They overcharge. The taxis are mostly safe, air-conditioned and clean. Many of them have recorded greetings in English. 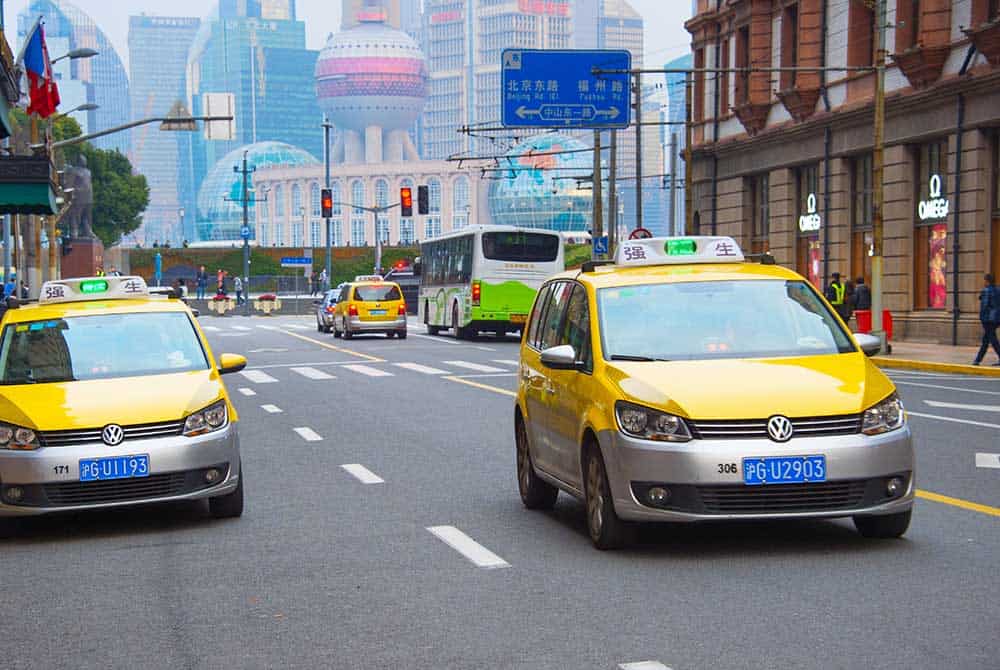 The taxis are metered. Many of the drivers do not speak English and some will take you for a merry ride around the city, running up your taxi fare. It is best to stick to the turquoise, yellow or blue taxis, as the service is always professional and the drivers know their way around town.

Taxi fares start at ¥14 for the first three kilometers and ¥2.4 per kilometer thereafter. More expensive night rates apply between 11pm and 5am. When you reach your destination pay the exact amount that appears on the meter. There is no need to tip the driver.

Make sure that you have a card with your destination written on it in Chinese. A hotel card with the address on it is also useful for your return trip.

Didi, the Chinese equivalent of Uber is also readily available in Shanghai.

Millions of Shanghai residents cycle to their destinations every day. You can rent a bicycle for ¥80 to ¥150 a day from one of several bike-rental shops around the city.

There are also a number of bike-sharing apps available. These include Mobike and Ofo. You can pick the bikes up where you find them on the app and just leave them when you reach your destination. The cost is around ¥1 per half hour. 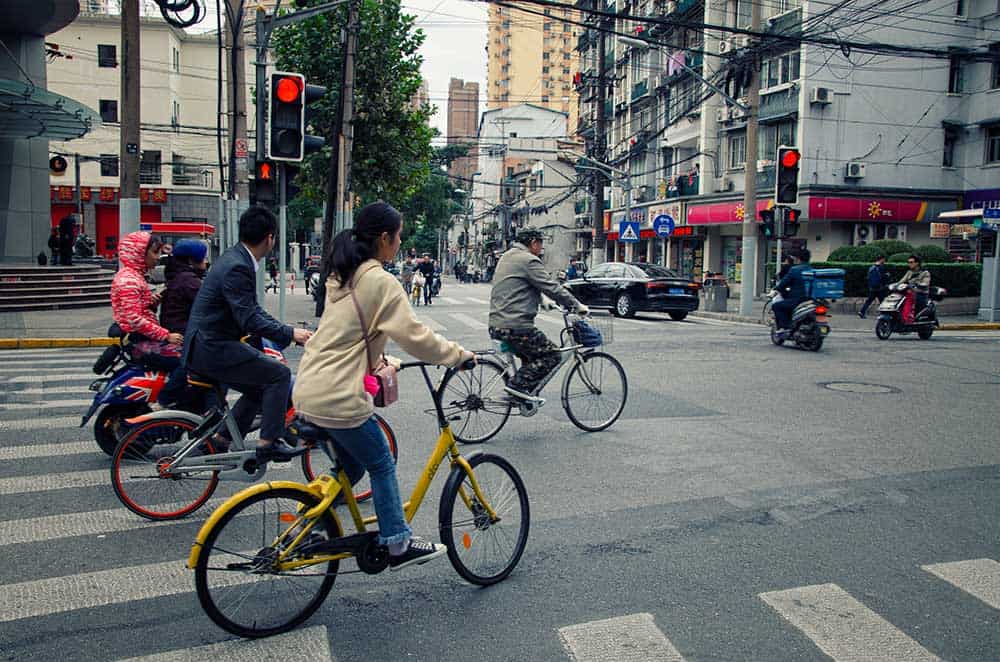 Cycling is not always ideal way in many of the Shanghai areas as the streets are heavily congested and plagued by pollution.  That said, most of the main streets have dedicated bike lanes. You’ll need a bike lock. There are plenty of bicycle parking lots and they are guarded by parking attendants. You will pay about ¥50 for the parking. Bicycles are banned on some of the major roads so this can present a problem.

Don’t miss out on a view of the city skyline from one of the ferries that run along the River Huángpǔ. The Shanghai Ferry leaves the banks of the river at 15-minute intervals between the hours of 7am and 10pm. You can buy your ticket at the kiosk on the dock. 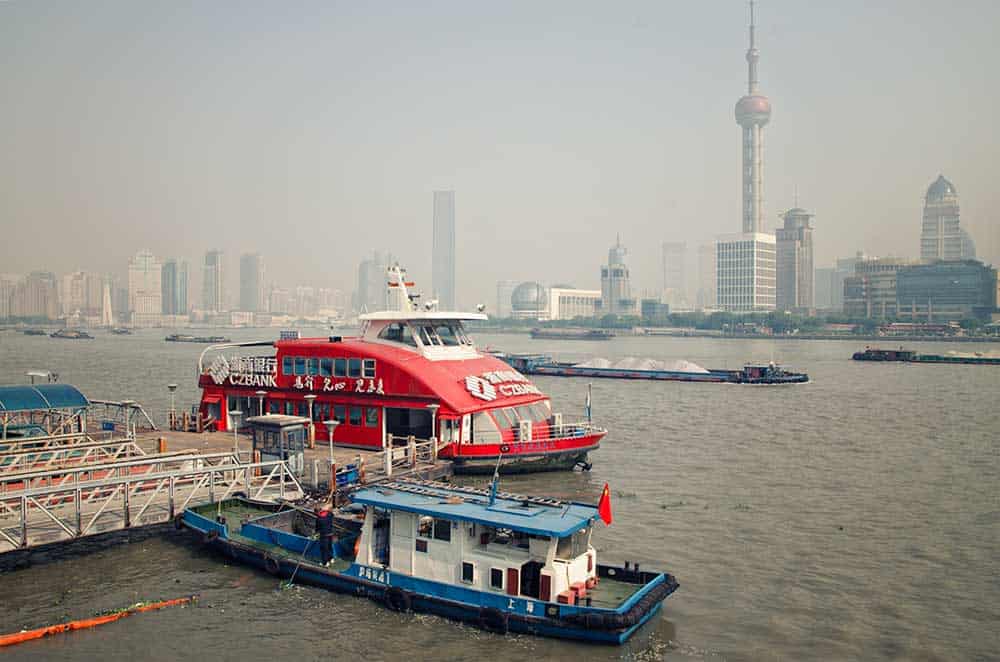 The Fuxing Road Ferry runs between 5am and 11pm. It leaves every ten to twenty minutes.

A car or motor cycle is not really an option in China as you may not drive without a Chinese driver’s licence, which is very difficult to obtain. If you really must have a car, it’s best to hire a chauffeured vehicle. It will cost you around ¥600 including fuel, so it’s cheaper to hire a taxi.

Take some time away from the Shanghai transportation system and wander around central Shanghai on foot. There’s lots to see, and you’ll find surprisingly that many of the must-see sights are clustered close together.